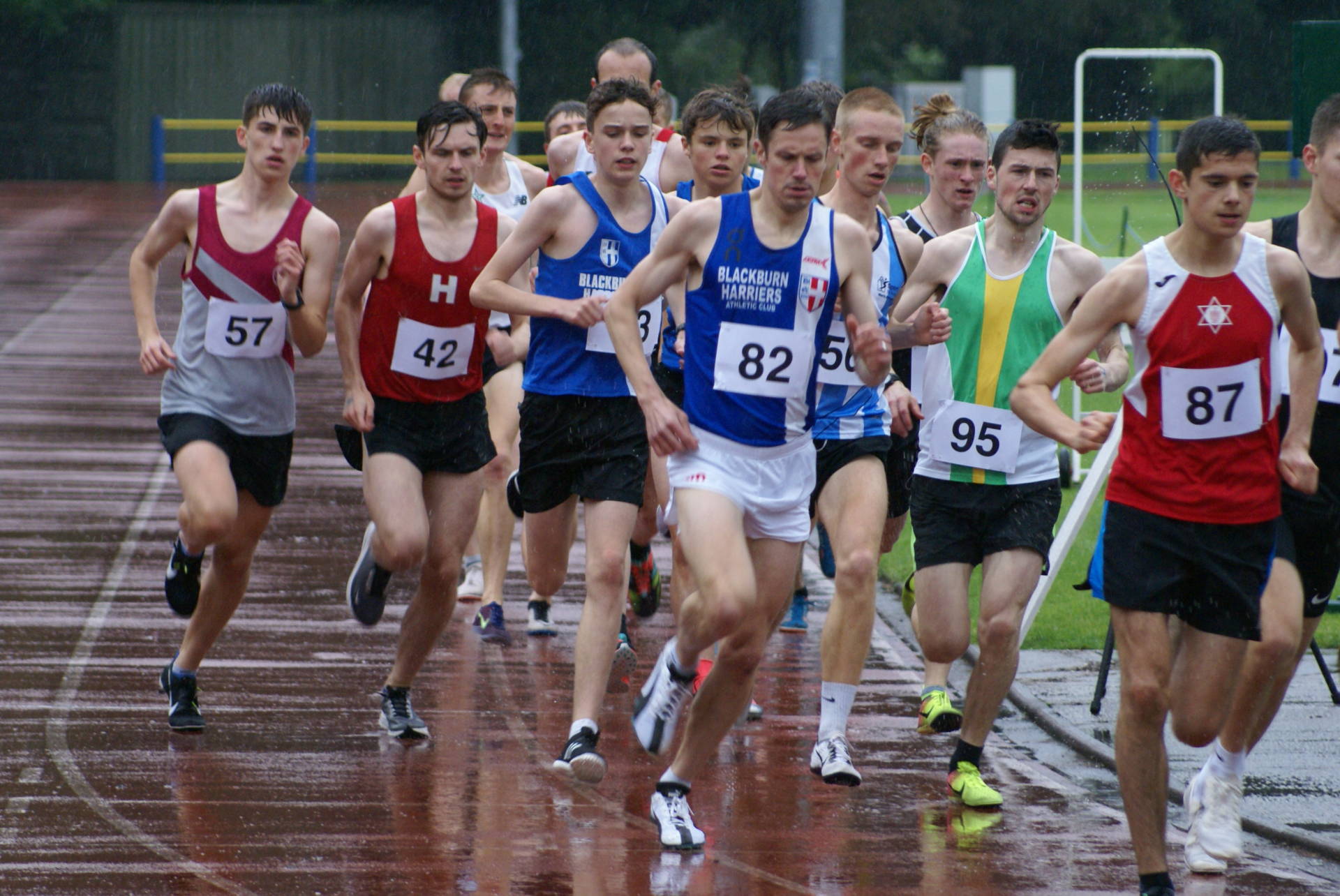 The evening opend up with the heavens pouring down as U15 David Holman took on the 1500m and hoping to improve his personal best from his current time of 4.44.64 and despite the conditions, that is exactly what he did, cutting another two seconds off his time to record a new PB of 4.42.45. 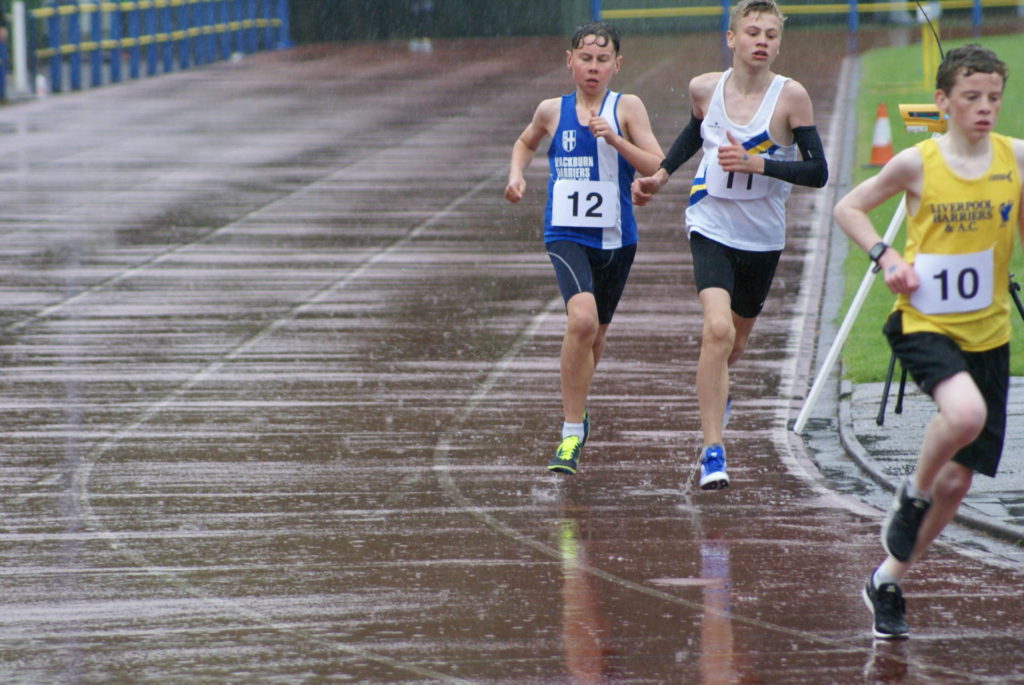 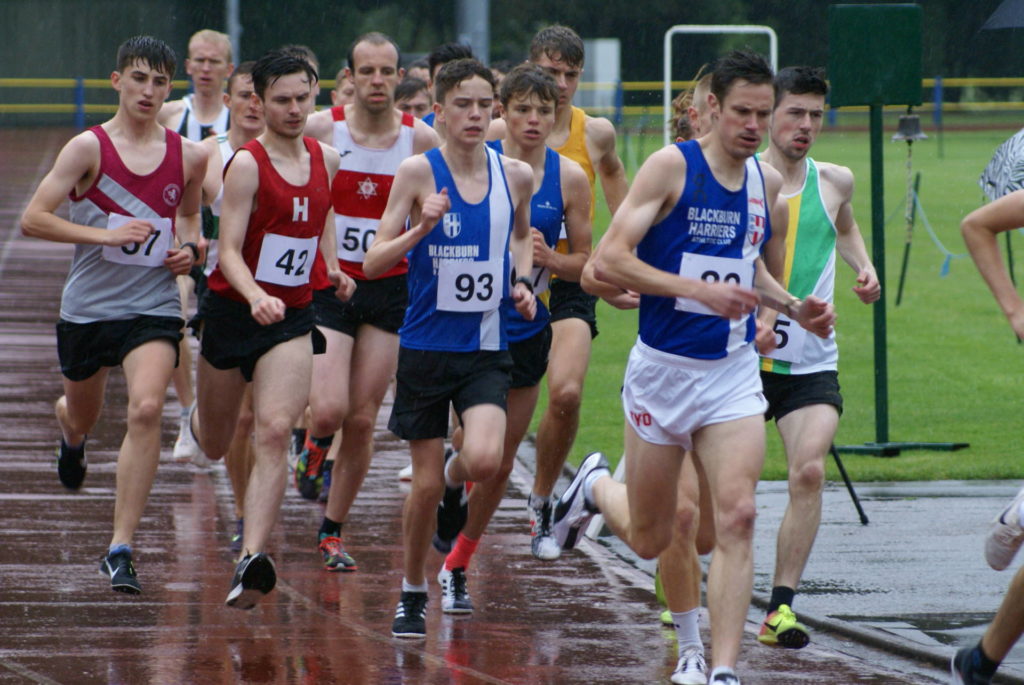 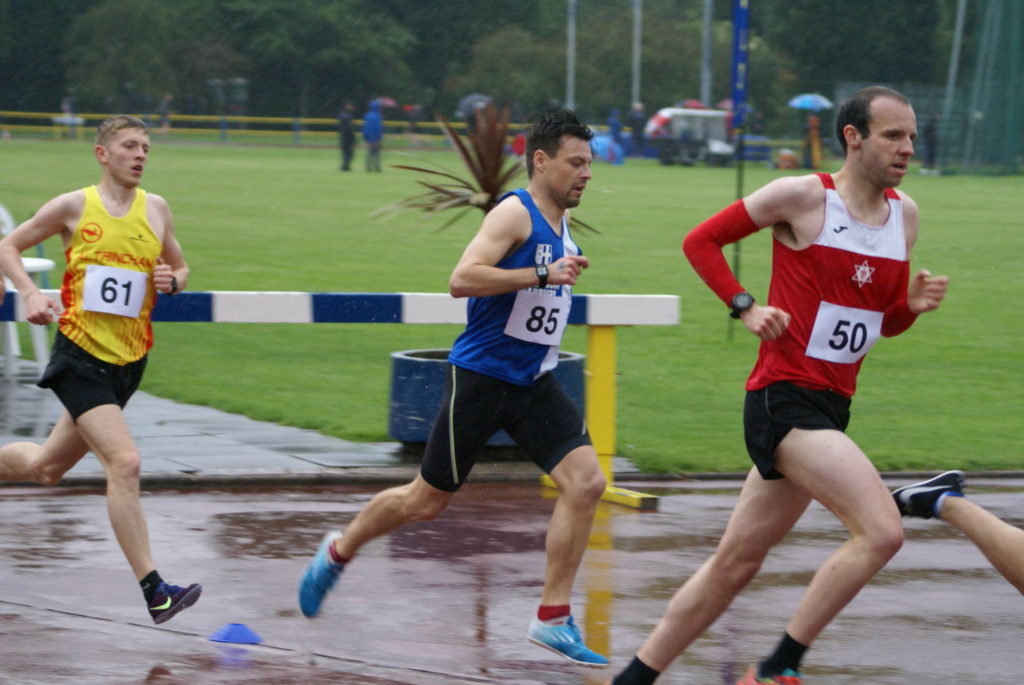 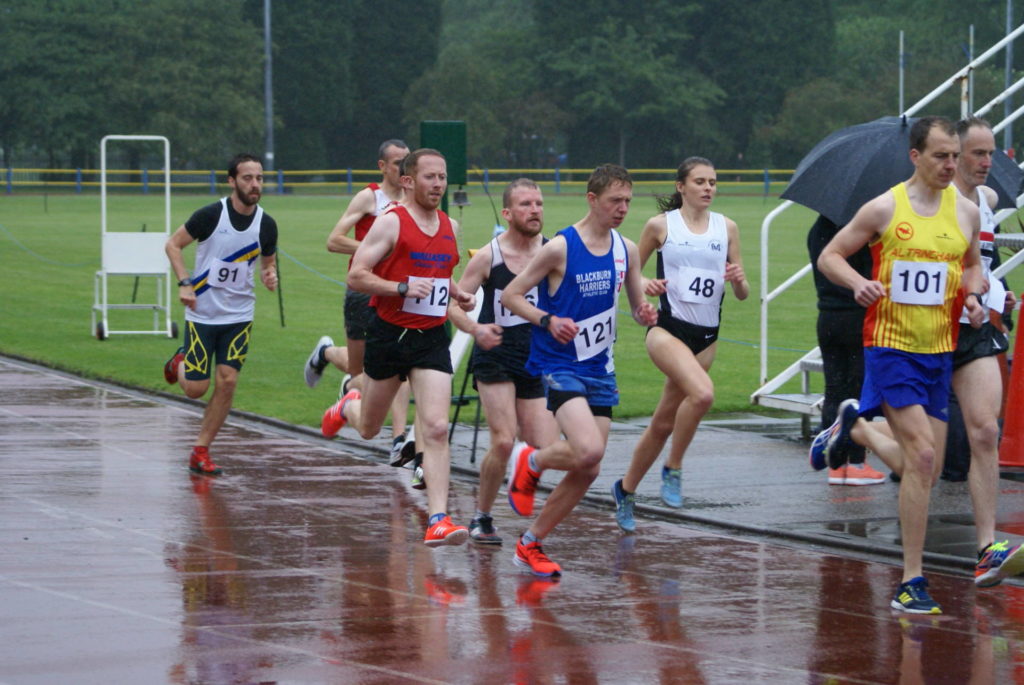 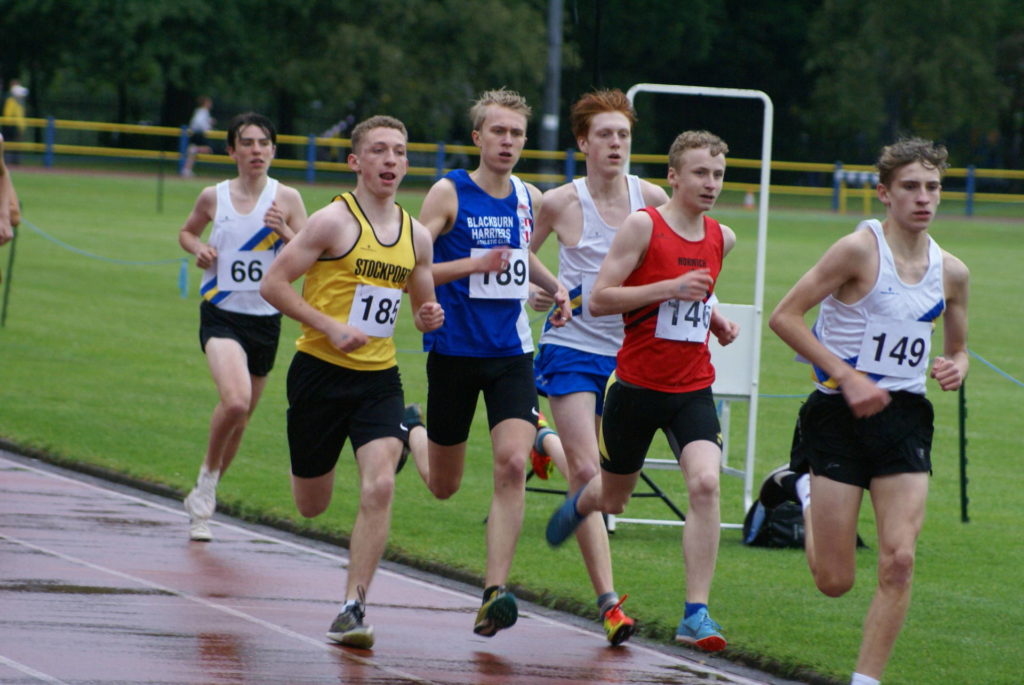 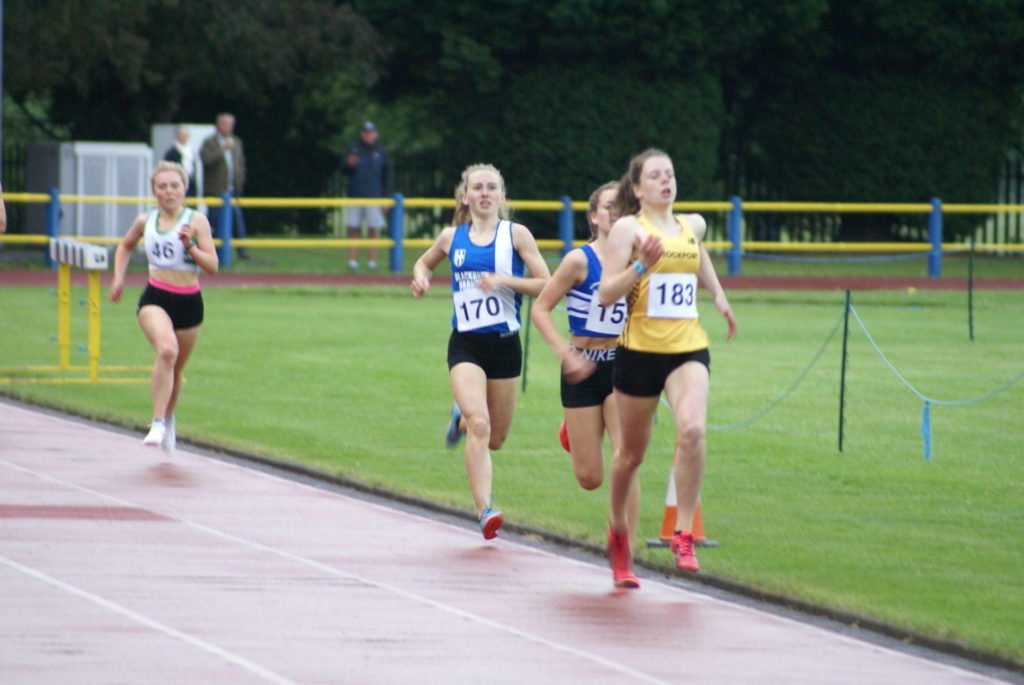 The Senior Men’s and Women’s race had some real quality athletes in the lineup of forty five. Keswick’s Jacob Adlin came out the winner in a time of 31.03 as Sarah Tunstall won the Women’s Race in 36.37. U23 Thomas Marchant racing with the Seniors, came home in 37th position (42.04) and spoke to the Club after thr race about his day, tellung us “Being bottom age U23 and racing in the seniors with some of the best mountain runners in the UK became very daunting however I gave it my all out there on Sunday. The race right from the very start was fast despite the steep climb up to Skiddaw. I felt comfortable with the fast speed climb up to latrig but once I hit skiddaw my legs had gone and it was a slow gradual climb to the top, the finish had been brought down due to bad weather conditions on the summit however I managed to finish the race and will progress from this into the next race”. 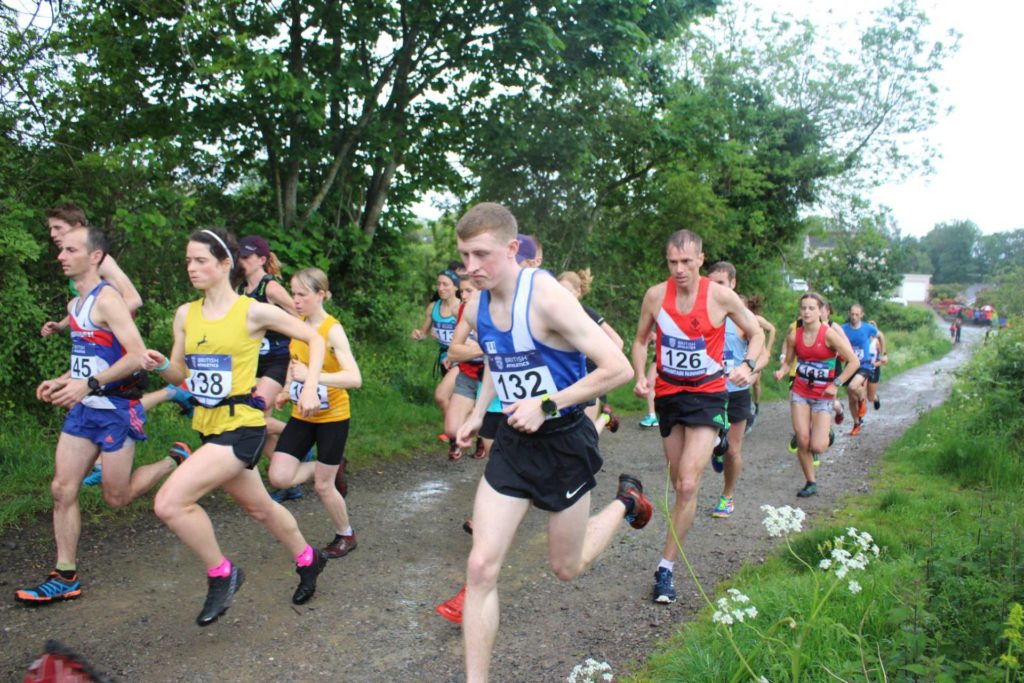 Race number 2 in this years Series saw V40 Chris Davies run his first one int he Series with a pretty good run to place 2nd overall in a time of 20.42 behind race winner Anthony Valentine. Paul Brindle made it two Harriers in the first five places crossing the line in 5th spot with a time of 21.49. Annabel Ralph who had won Race 1 in a time of 22.52, had another good night too as she came home 1st Woman and 17th overall clocking 23.13, followed by Lindsay Davies in 54th (27.38). 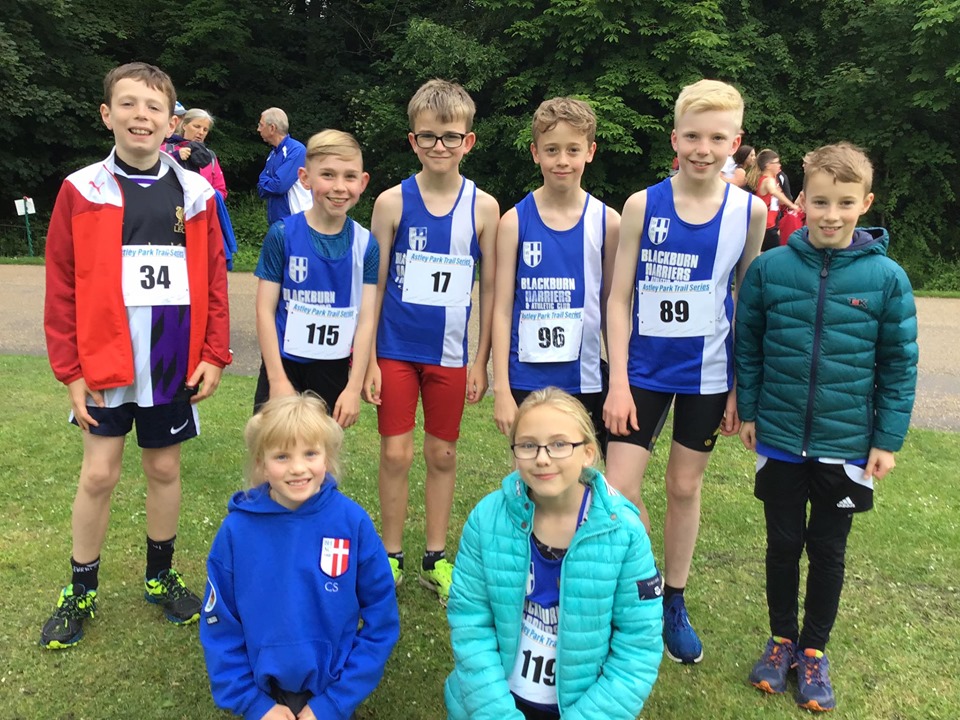 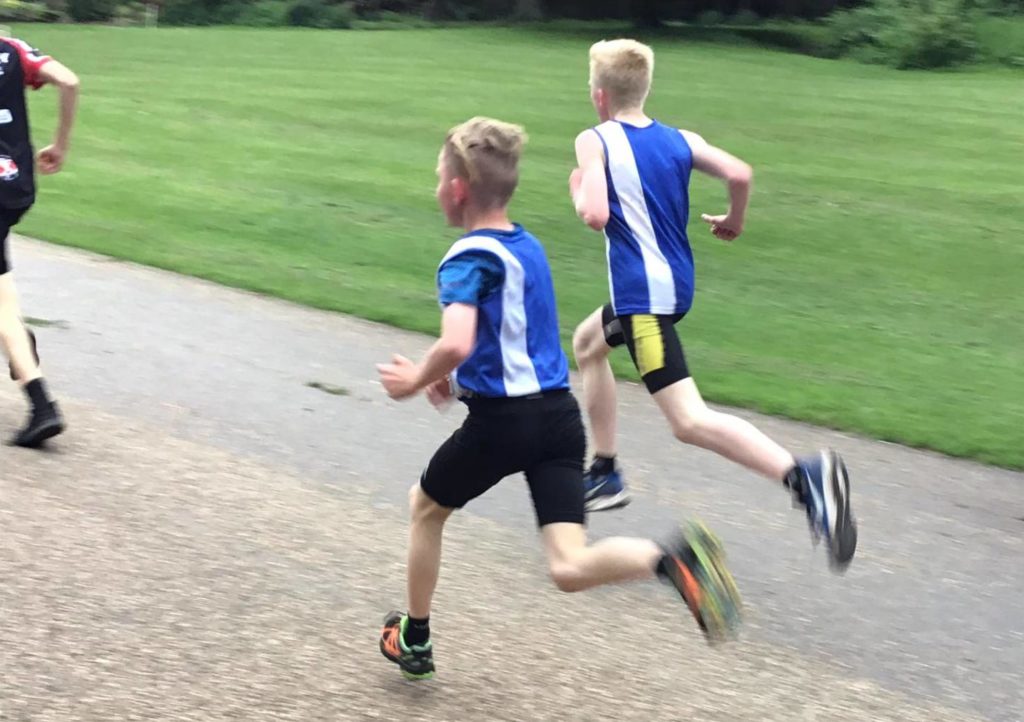 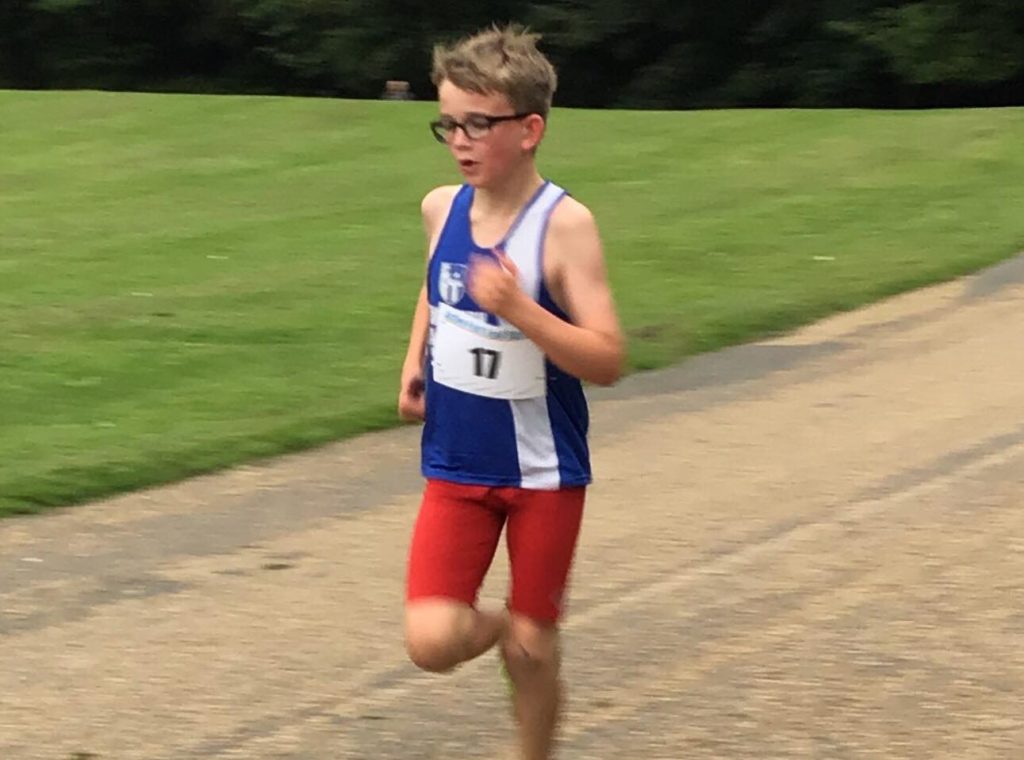 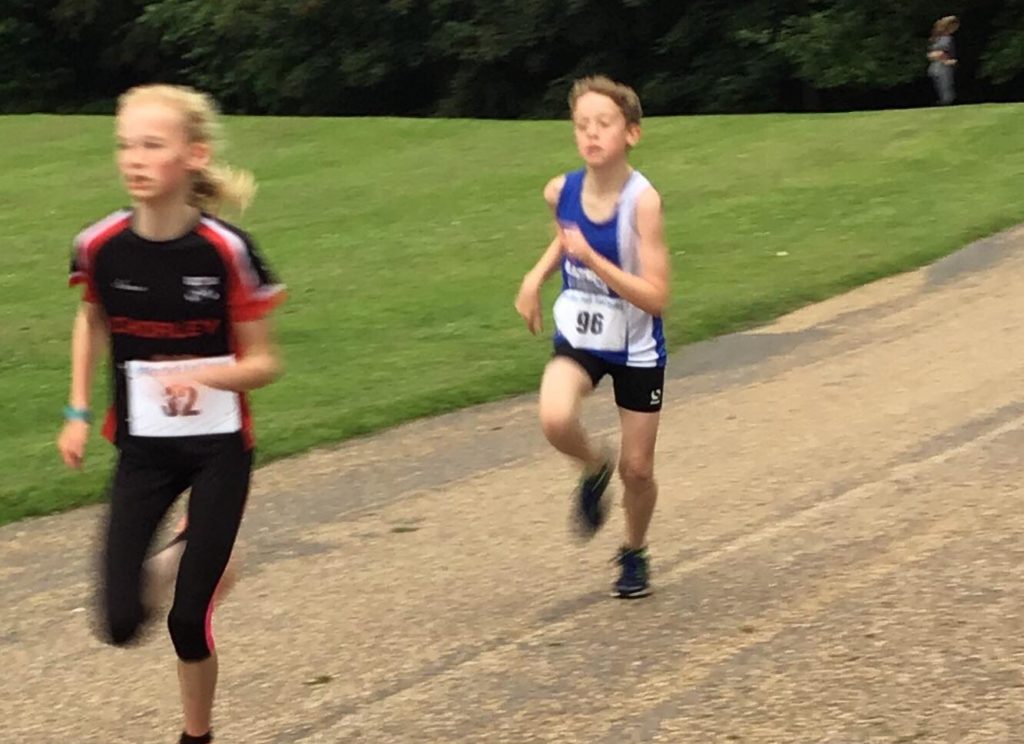 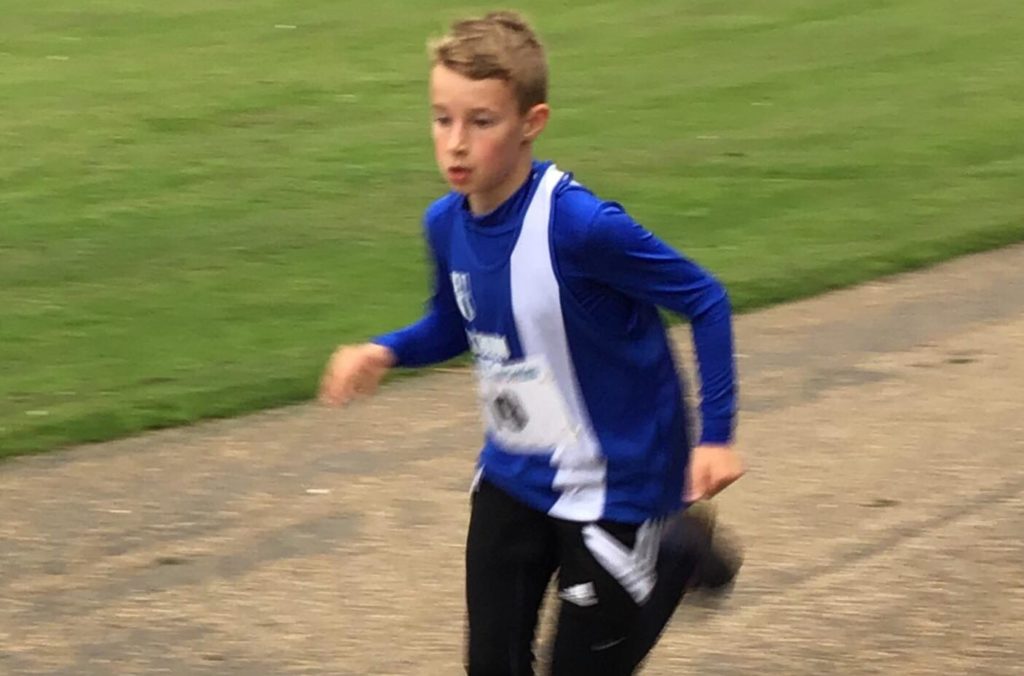 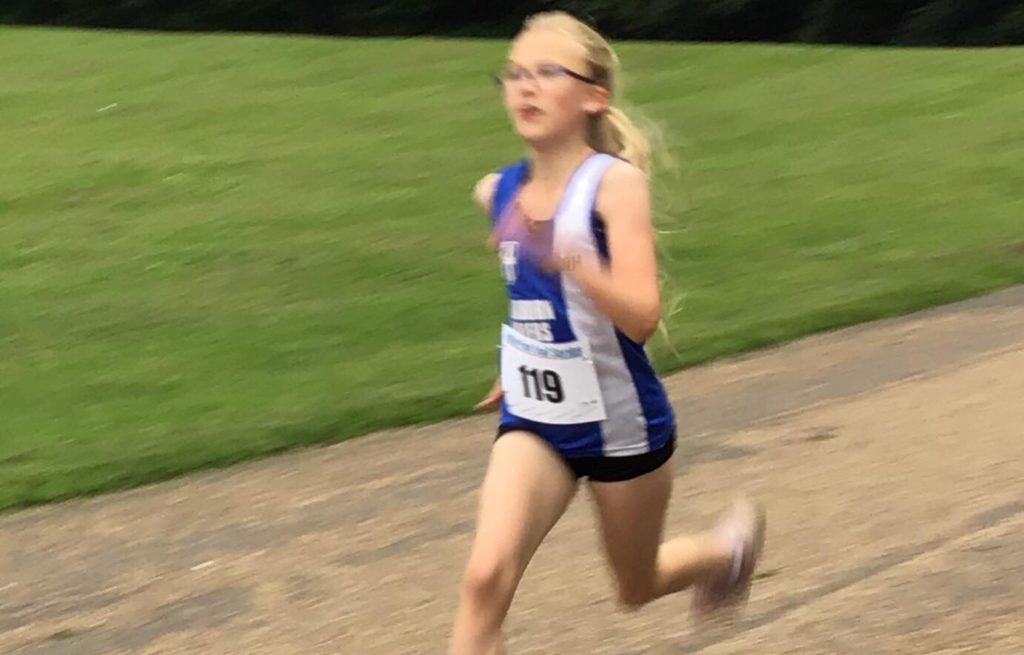 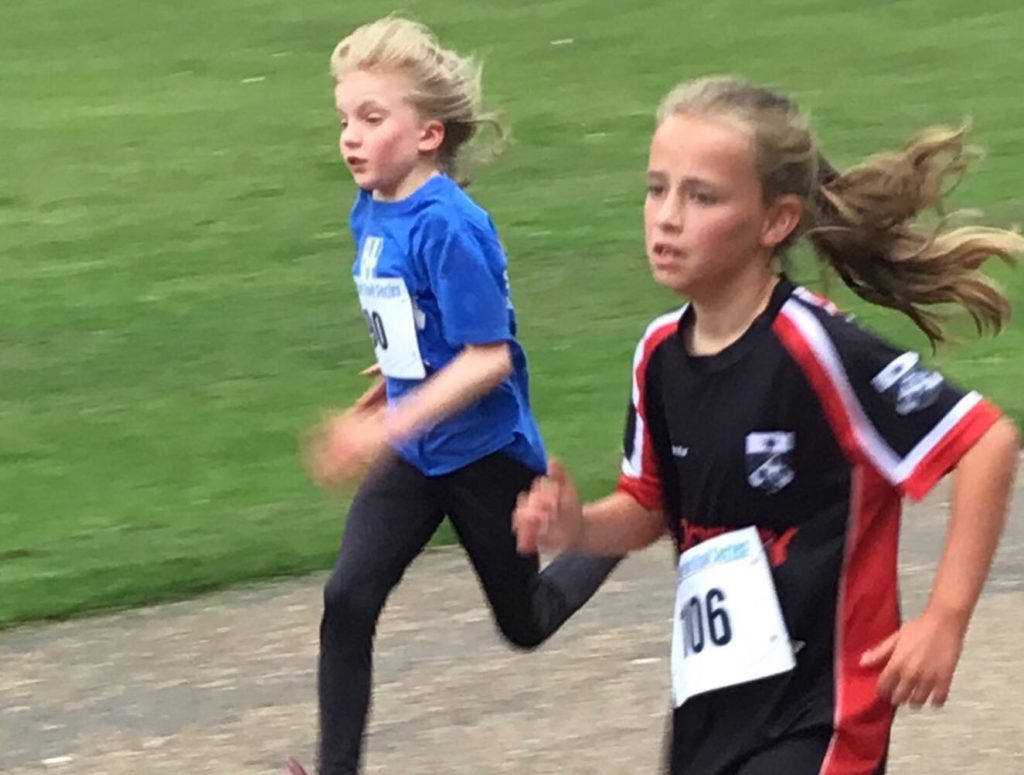 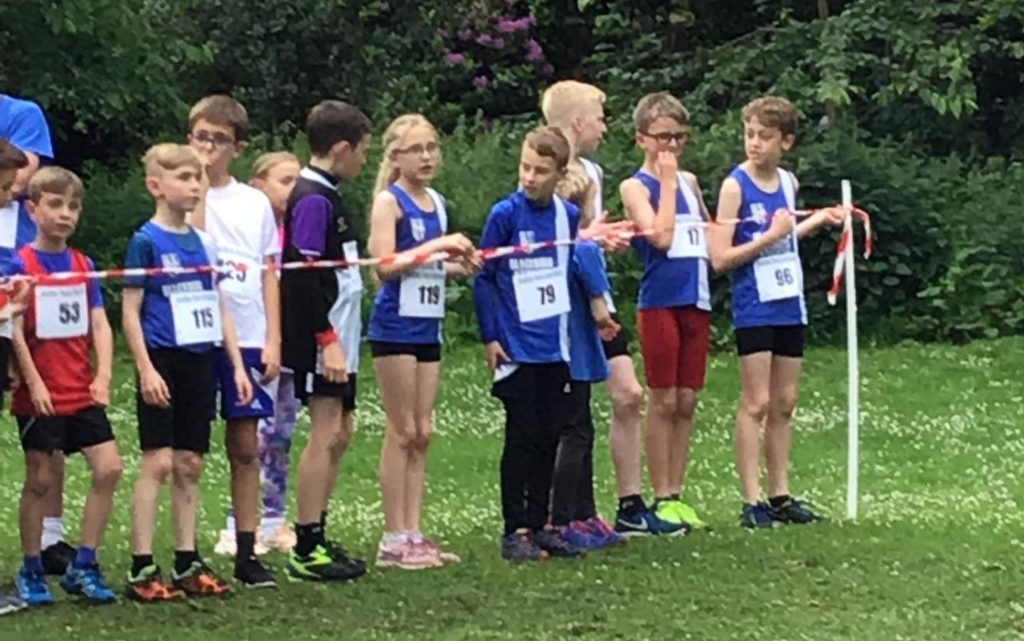 Changes to the course over the last couple of years – partly to avoid the erosion near the summit of Penyghent – have pushed the race into the AM category. It is one of the few ‘mountain’ races in Yorkshire. The race leaves the gala field and follows the road through the village towards Brackenbottom. Turn left over river bridge after the church to gain the road passing the old school. Leave this road at Brackenbottom (GR 817723) to begin the climb up through limestone pastures. On gaining the ridge a very steep scramble breaks through the southern crags to the summit of Pen-y-Ghent (GR 838734). The fast descent (note route change made in 2017) to the finger post (GR 837742) is followed by a variety of possible routes to Hull Pot (GR 825745). The next objective is the summit of Whitber Hill (GR 819745) which you can approach any way that suits your stamina level at this stage. Hands on knees with tongue dragging on the ground has proved to be a popular technique on previous occasions. The remainder of the course will be flagged through Whitber pasture to the gate on the walled lane (GR812732). Follow the road retracing the start route back to the Gala field entrance. Please do NOT train on Whitber Pasture. This is private land and is only available on race day. The route is not flagged before Whitber, so anyone with serious ambitions should be doing some homework in case the weather is poor.

Clocking a time of 49.35, Calder Valley’s Darren Kay won the race featuring well over 200 runners and as well as winning, he was also the first Vet.

For the Harriers V50 Matt Nuttall was out in his third fell race innrecent weeks, posting a pretty solid time of 60.25 in 43rd place with fellow Harrier – V50 John Orrell – in 143rd position with a time of 73.53.