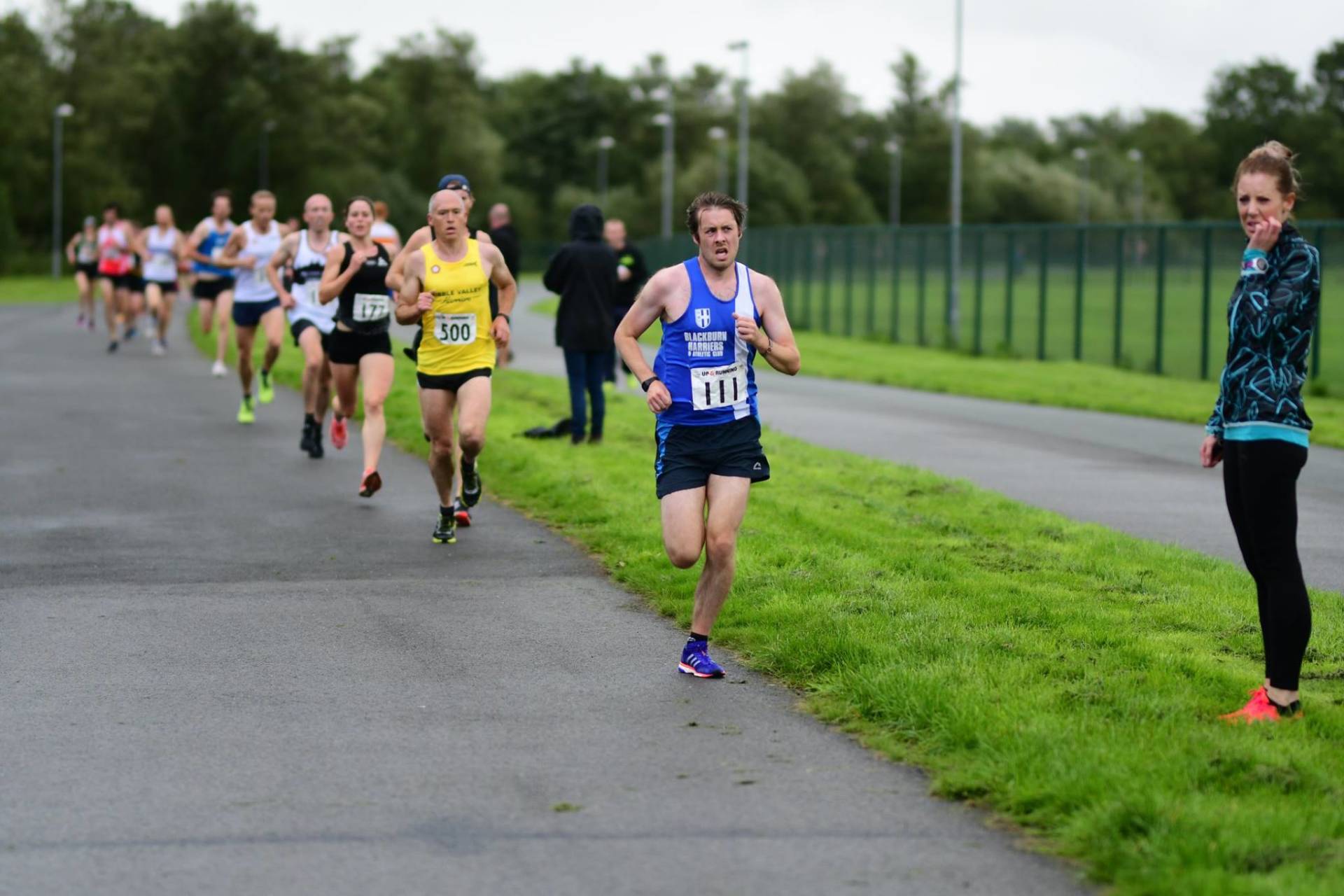 U20 Joe Gebbie has had a great season this year finishing off on a high with a new 800m PB of 1.59.87 (5th) at the final Trafford Meeting of the season and the first time he has broken the 2 minute barrier. This new personal best represents a seven second improvement since April. U17 Amy Davies also set a new PB over 1500m (2nd) as she ran a good race to clock 4.57.47, a second and a half improvement from her previous best (2017) and a four second improvement on her seasons best. 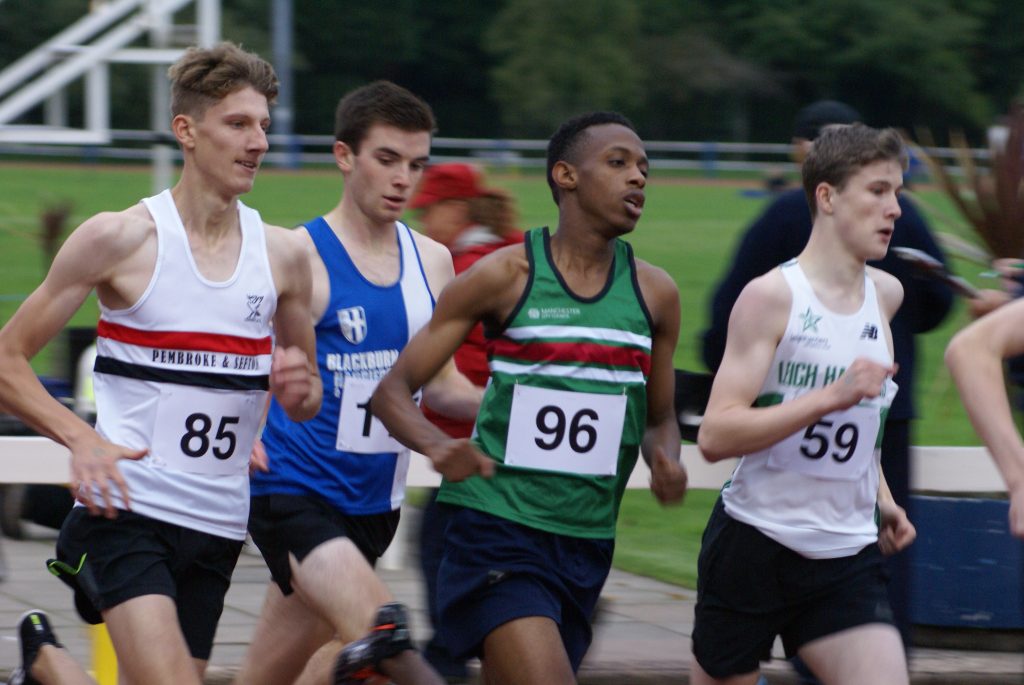 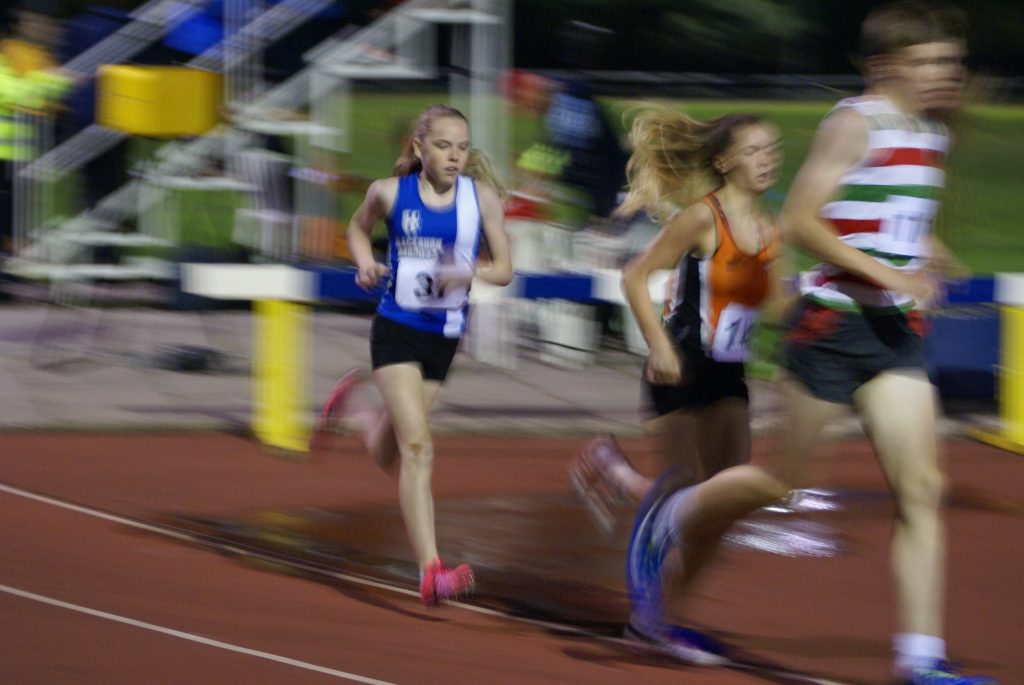 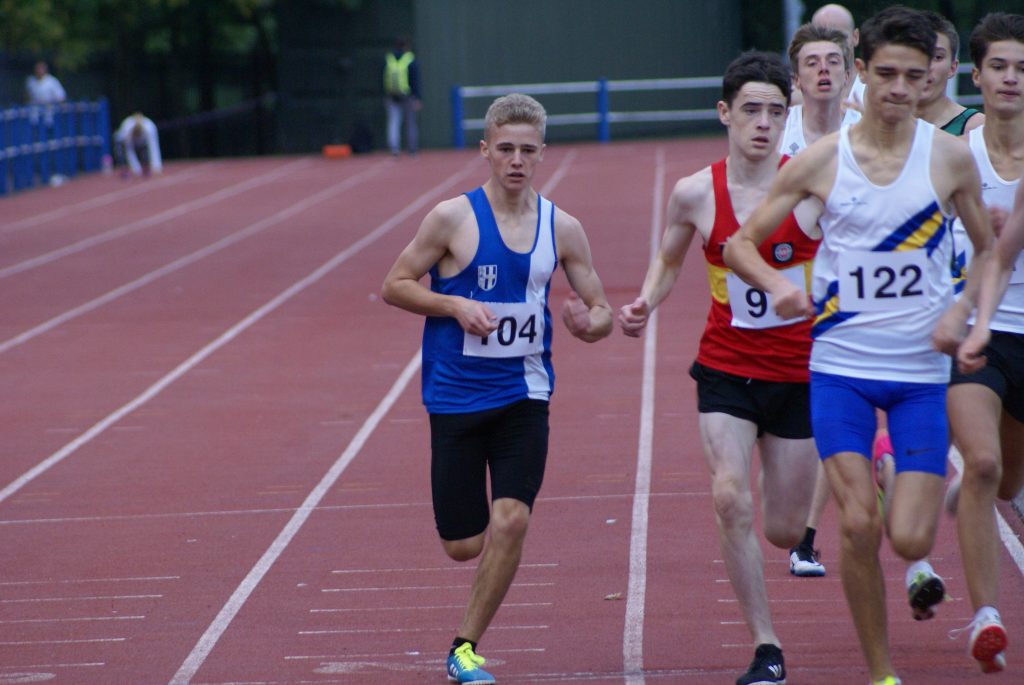 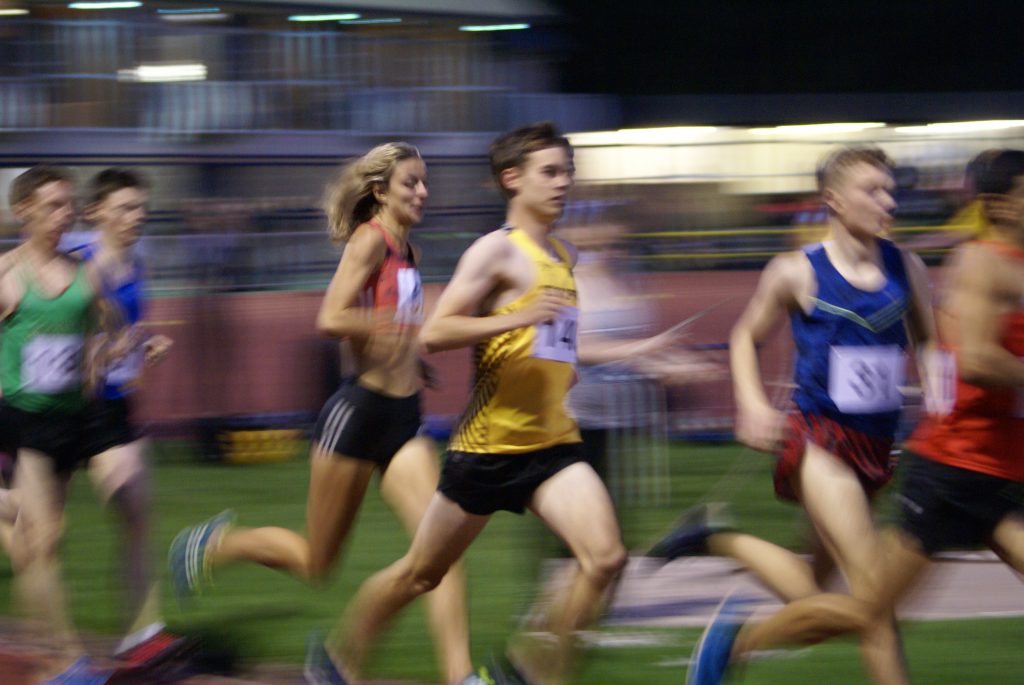 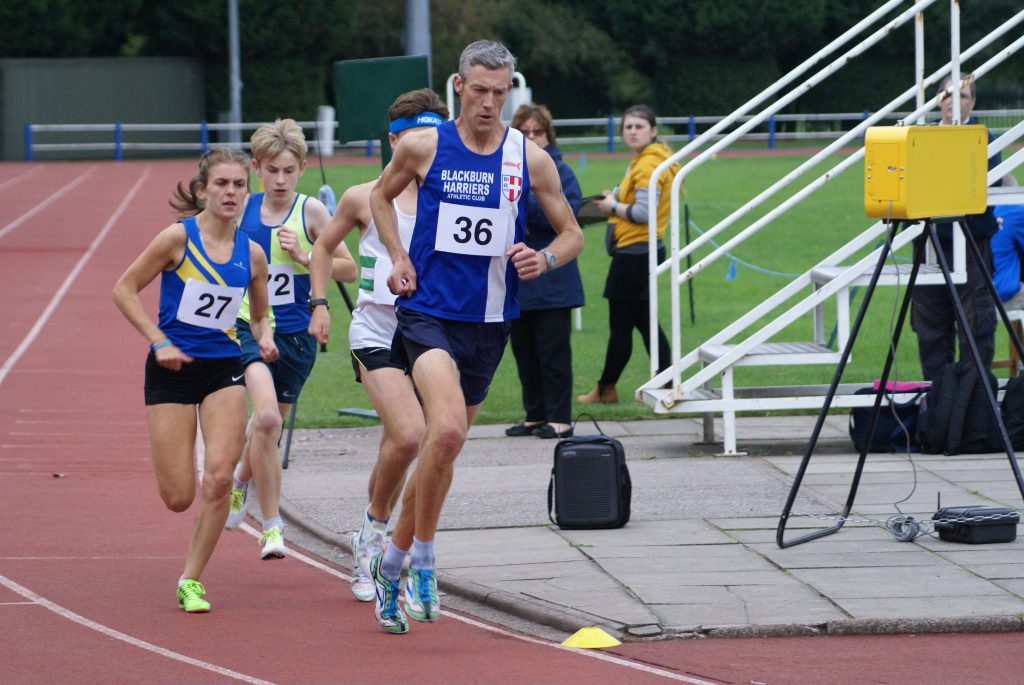 After picking up two Bronze Medals at the British Masters Championships over the weekend in Hammer and Shot V50 Tony Balko was out again in Discus and Shot at the Trafford Meeting winning the Discus event with a throw of 35.99m followed by a 3rd place int eh Shot Putt (10.37m). 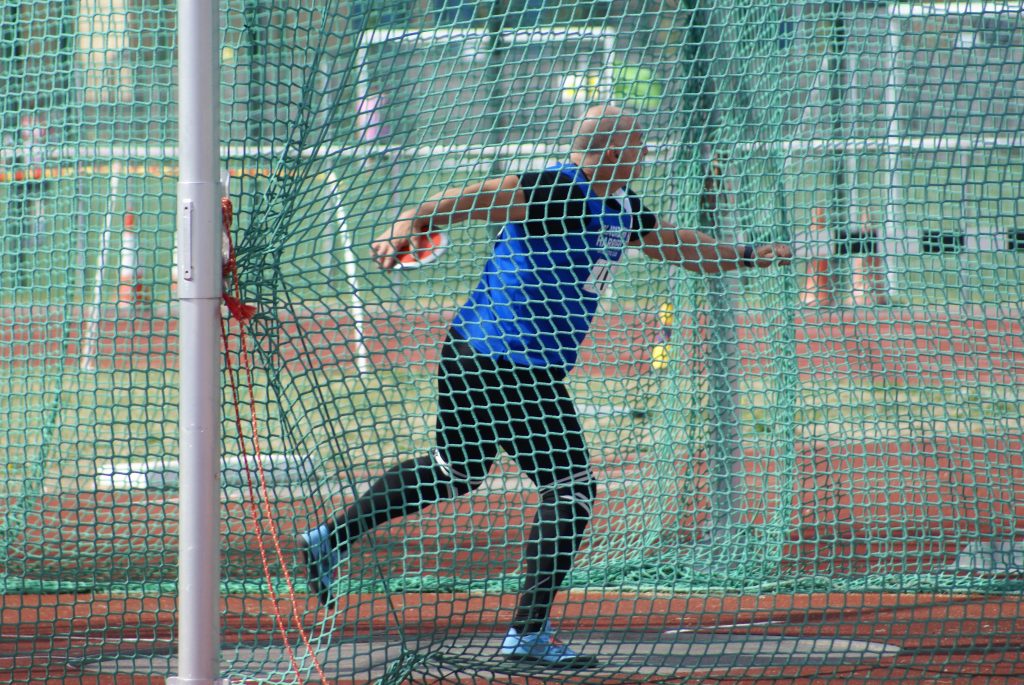 A wet and windy day for the athletes at this popular 5k Race run on the cycle track at Barrowford which attracted 65 runners in the ‘A’ Race and 43 in the ‘B’ and among them five Blackburn Harriers. The ‘A’ Race was won by Nick McCormick in a pretty rapid time of 14.46 whilst the ‘B’ winner – Ashley Crawford – clocked 17.16. 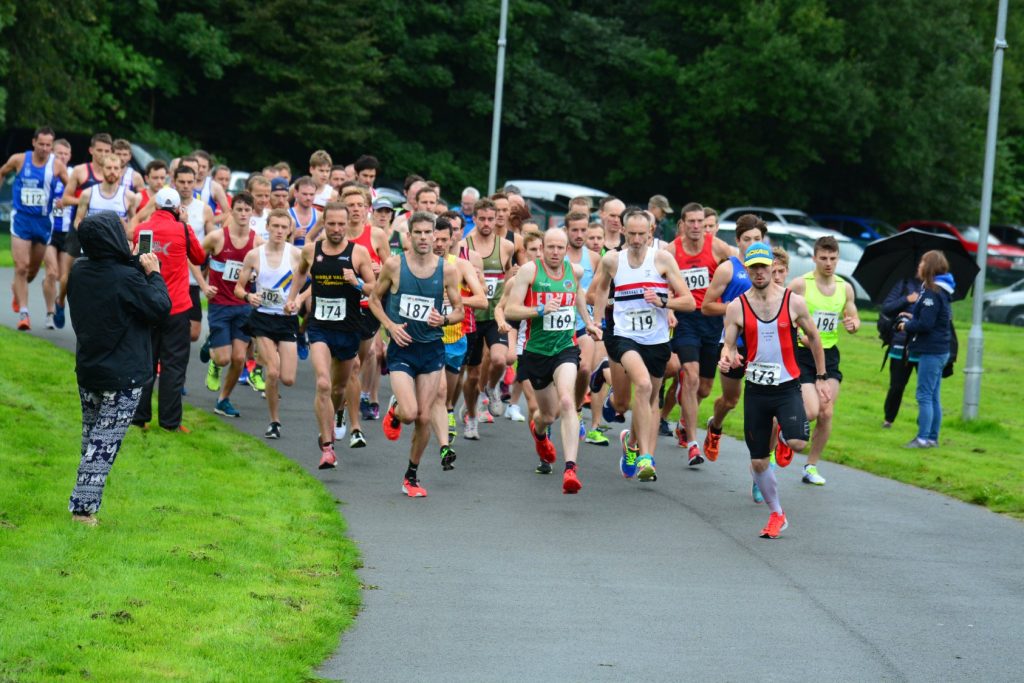 Karl Billington led the way home for the Harriers in the ‘A’ Race crossing the line in a seasons best time of 16.17 for 23rd place and a 24 second improvement from his last outing on this course. John Horrocks who has been racing a lot on the Fells this year was next home for the Club clocking 17.00 exactly in 46th place with V45 Paul Brindle in 55th position (17.22) and V45 Paul Guinan just five seconds further back in 17.27 (58th). Harry Wilkin ran in the ‘B’ Race running a time of 19.43 in 21st spot. 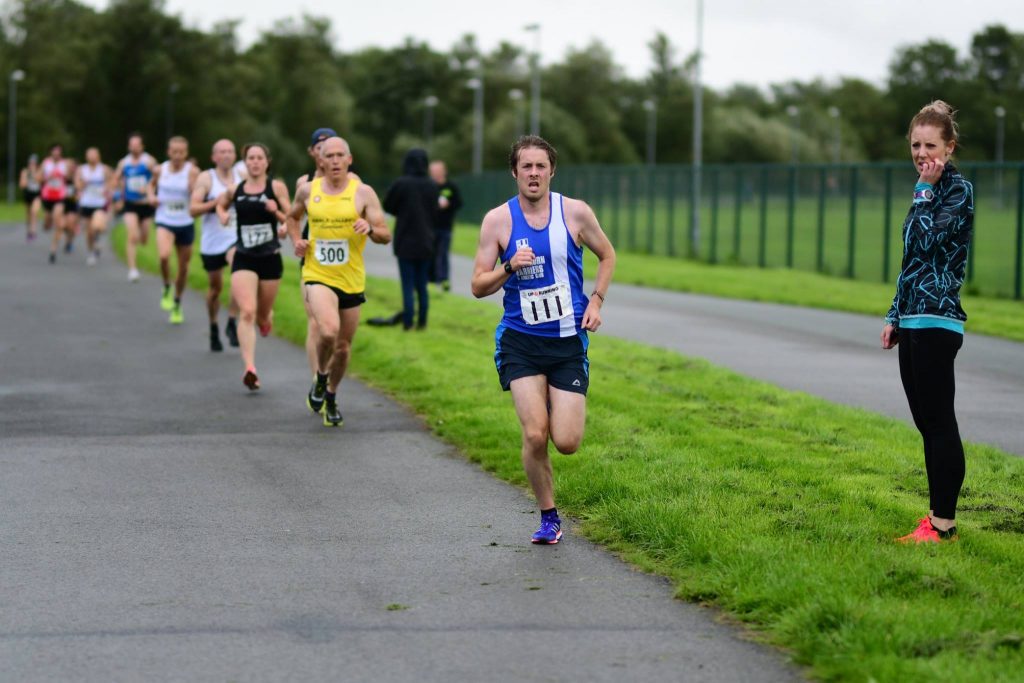 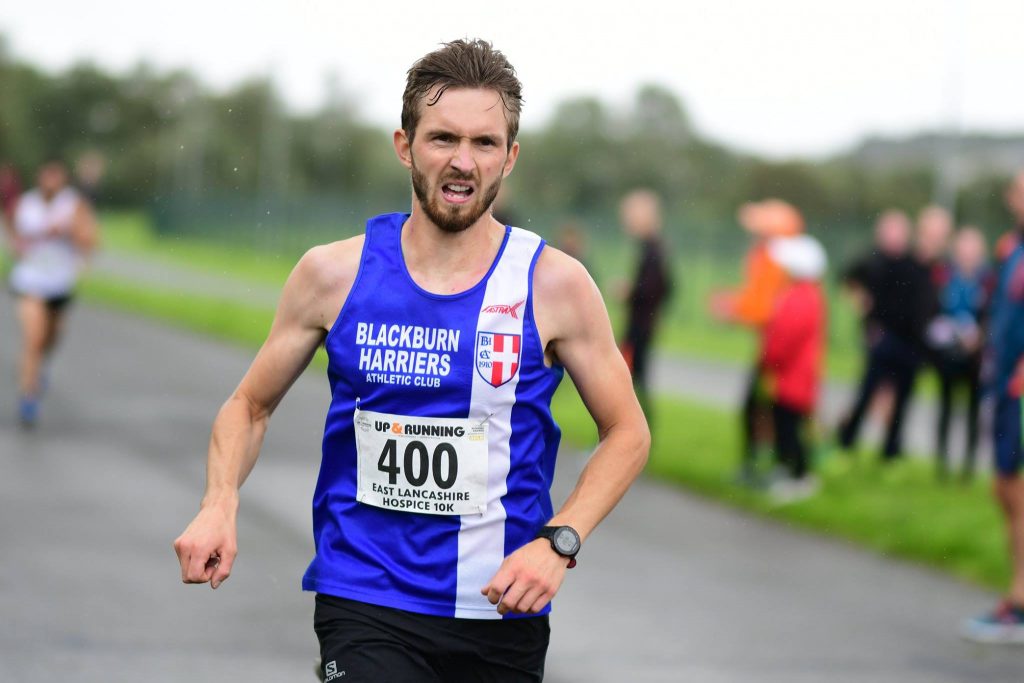 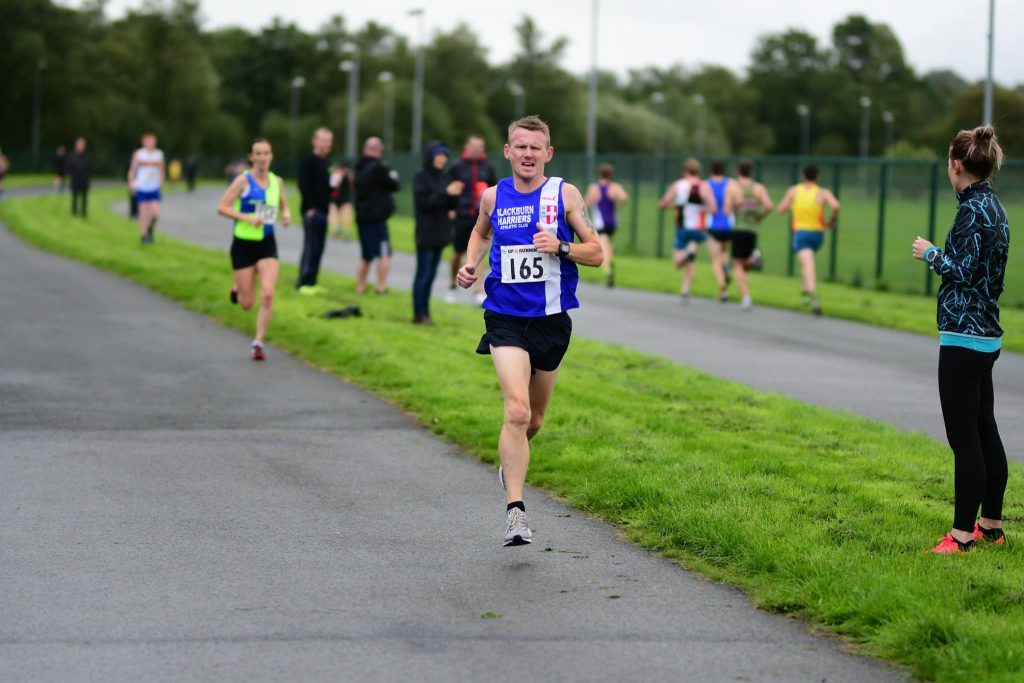 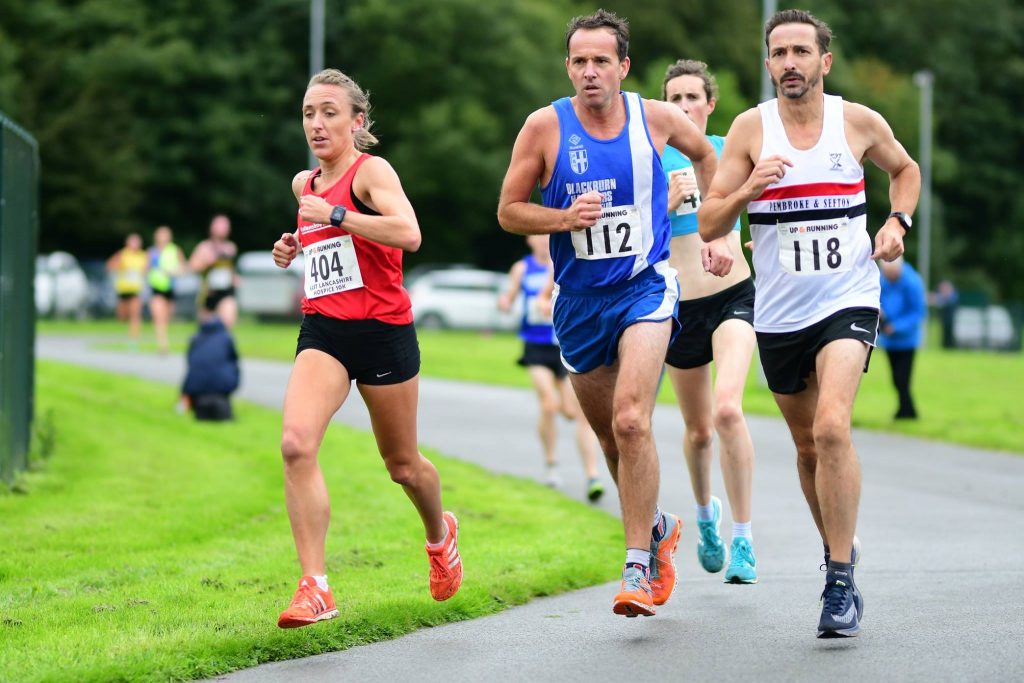 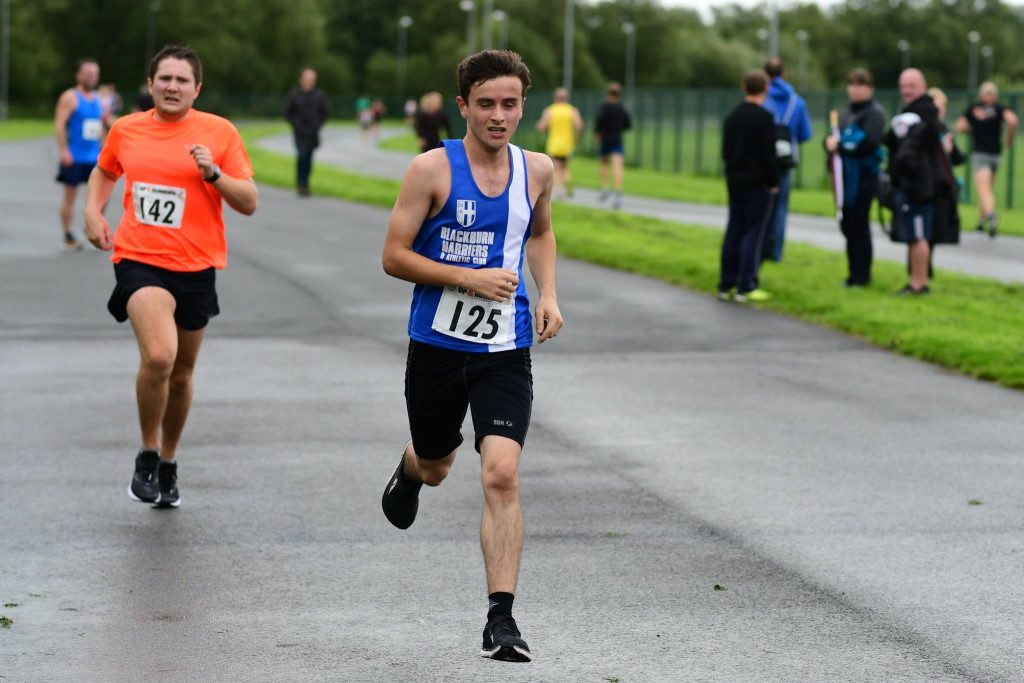 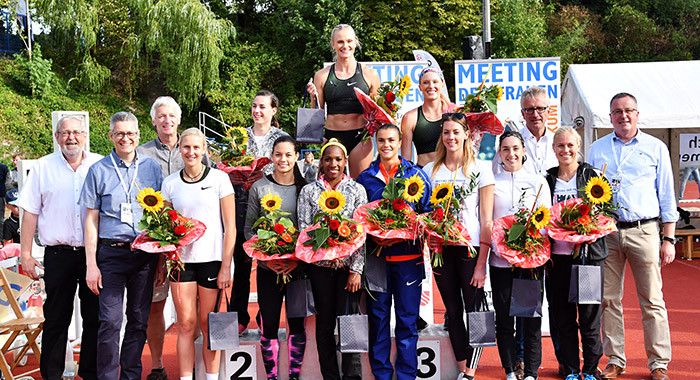 (Holly 4th from the Left)

Holly Bradshaw was back in Germany over the weekend in an International Pole Vault Competition which saw her up against ten othet top class Pole Vaulters including Katie Naegeotte, Sandi Morris and Yarisley Silva. Holly cleared first time at 4.34m, 4.48m and 4.60m before going out at 4.70m to finish 4th overall to Katie Nageotte who won with a clerance of 4.80m.

(All Photo’s courtesy of Danny Schott) 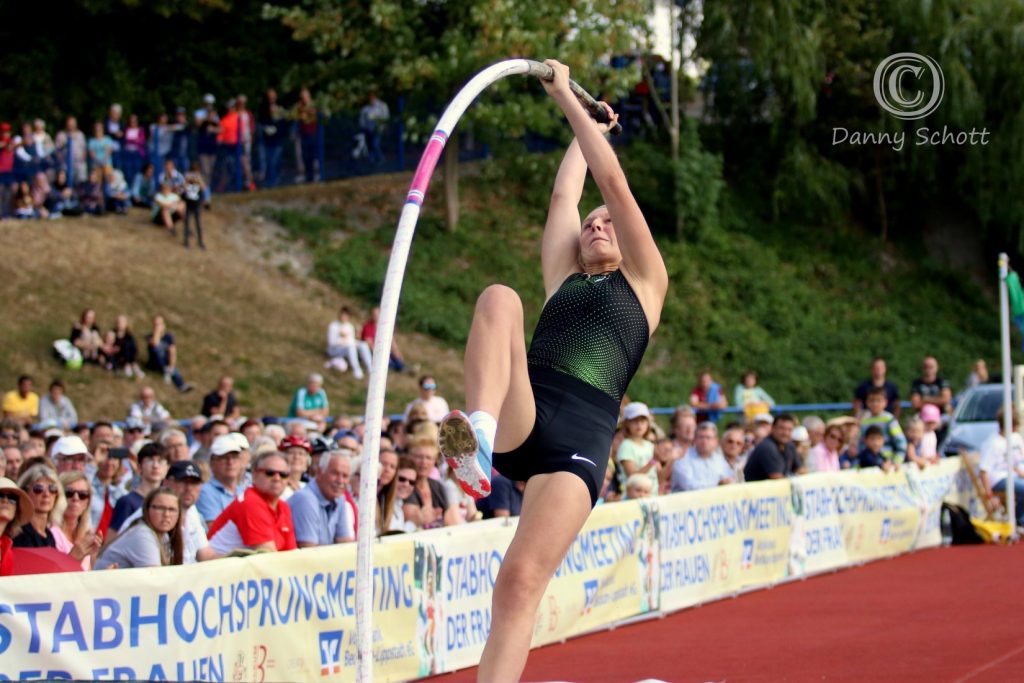 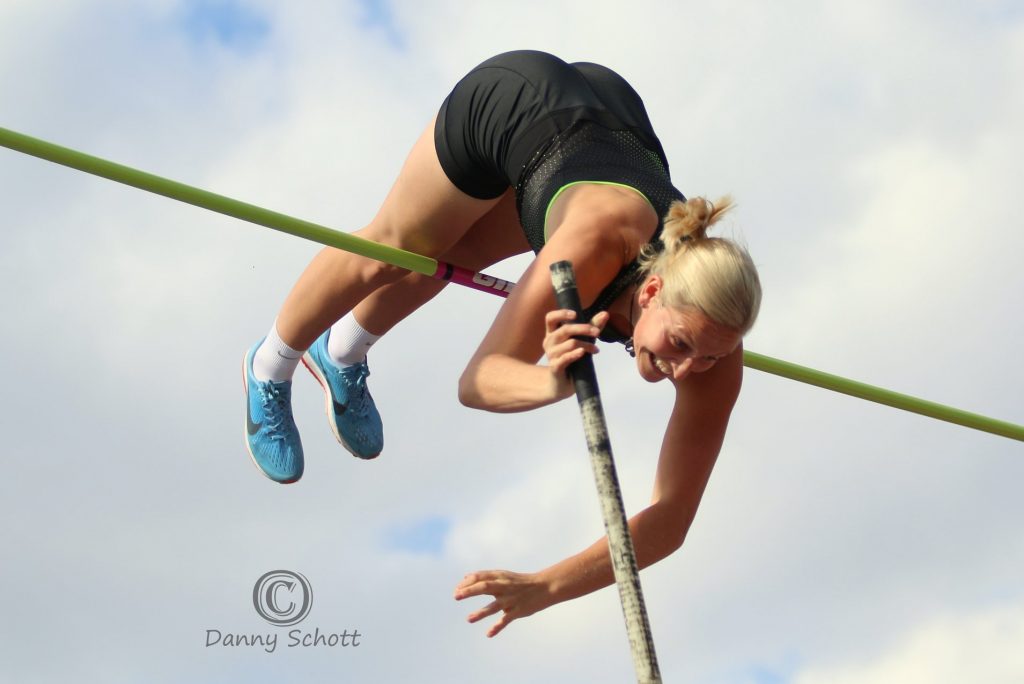 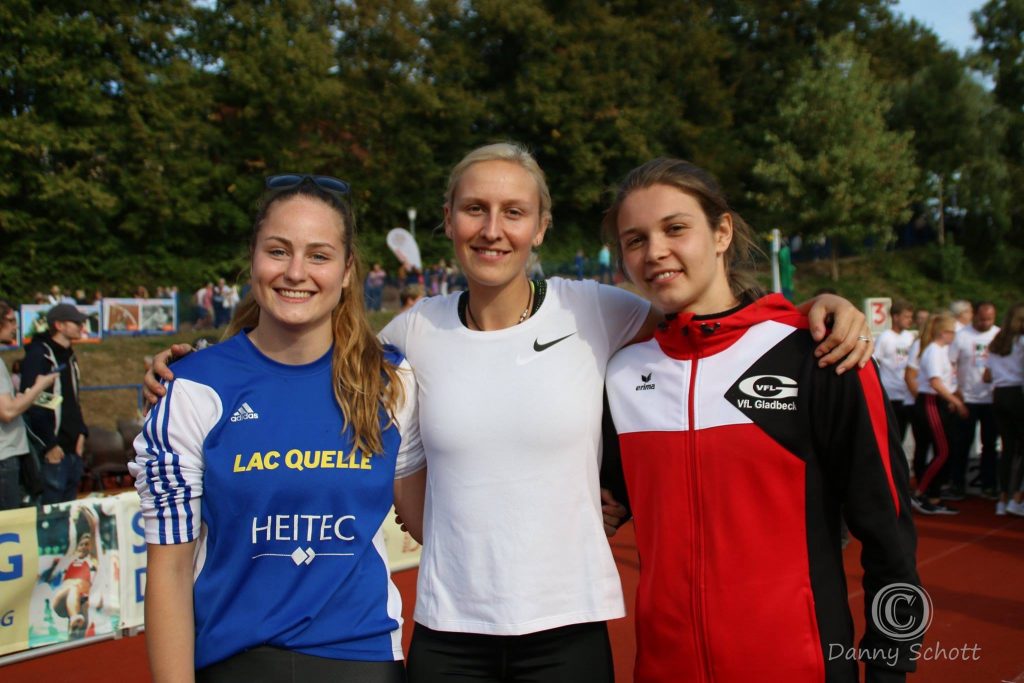 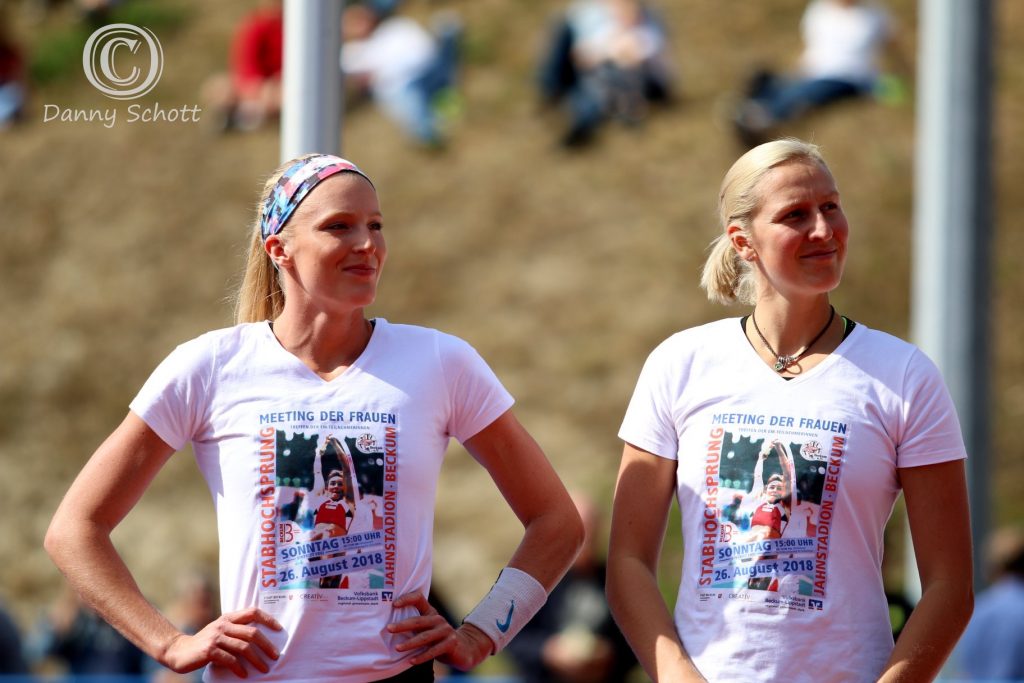 U13 Lucy Ramsden ran the 70m Hurdles featuring three Heats and fifteen athletes finishing 3rd in Heat (2) and 8th fastest overall with a time of 13.27. U15 Ben Boocock ran the 80m Hurdles which had just one race as he placed 3rd in a time of 12.95 and just a tenth slower than his personal best. Like Ben and Lucy, both of who had competed in the Mid Lancs Medal Meeting on Saturday, Tobi Olidapo was out again in the U13 Boys 100m which had three Heats. Tobi won Heat (1) in 13.54 and the fastest run of all three Heats. There was another win for the Harriers, this time in the U15 Girls Discus which saw Nicky Saunders – competing for the third time over the weekend – head the field of eight athletes to win with a distance of 27.92m, following which she placed 6th out of thirteen in the Javelin throwing 23.27m. In the U11 Races George Ramsden tackled the 600m coming home in 7th spot out of twelve runners in a time of 2.10.14 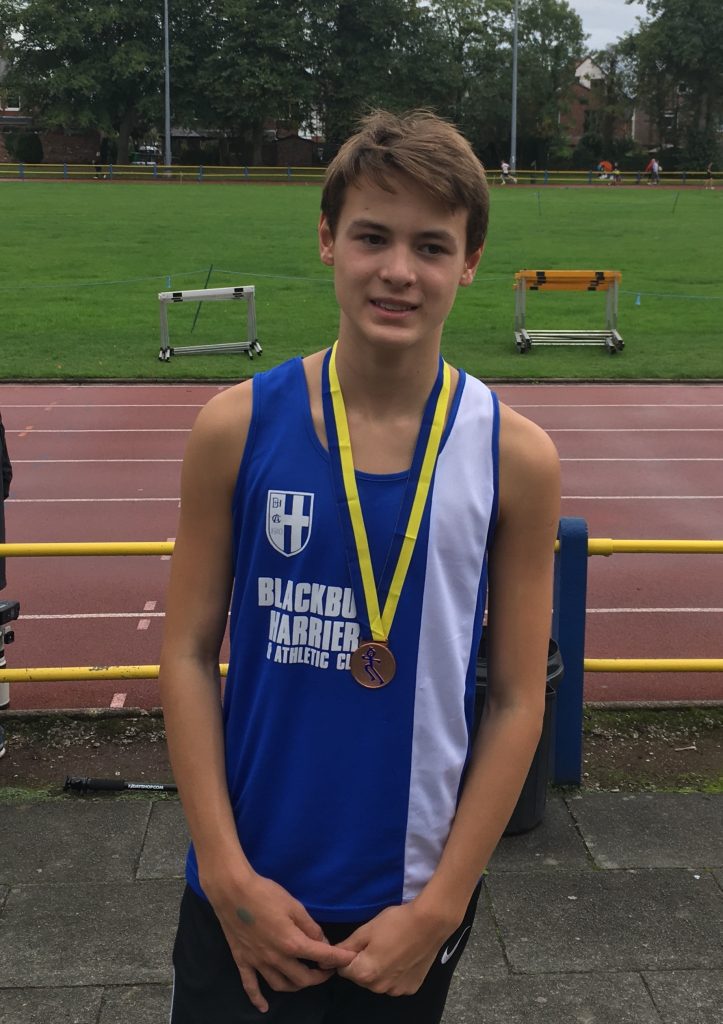 V40 Paul Jeffries just missed out on a new PB at this local 10k road race as he came home in 14th position with a time of 42.34 and afterwards commented to the Club that “he had a really good run after taking on board some advice from the Coaches…..just missed out on beating my PB by 4 seconds must try harder haha!”