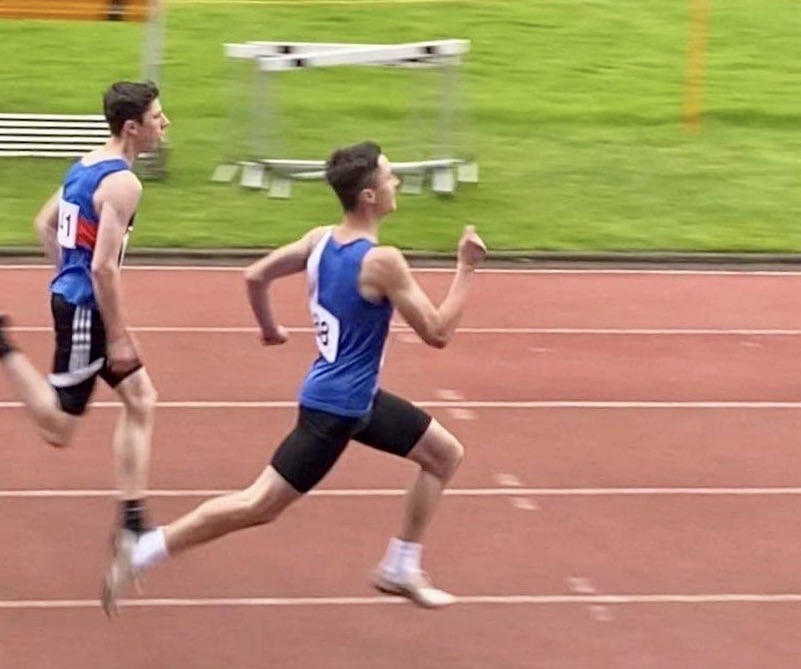 Sprints, Throws, Hurdles, Jumps and Track Races were all on the timetable for the latest in the Trafford Series of Open Meetings. Six Blackburn Harriers were among the competitors in the Sprints and Hurdles —  U15 Thomas Monks, U17’s Jayden Riley, Ben Boocock and George Whittaker,  U20’s Faawaz Mustapha and Ben Whittaker.

Ben Boocock also racked up a new PB for himself as he took the second win of the day for the Harriers in the 100m with his time of 12.38 – an improvement by two tenths. Next up for him was the 100m Hurdles where he placed 2nd, clocking 15.26 behind Leeds athlete Morgan Williams (14.35). George, like Jayden, took on the Sprint double of 100 and 200m. The last time he ran the 100m was in 2017 when he clocked 13.5 which he managed to reduce massively on Saturday with a new PB of 12.3 in 7th spot. In the 200m he was less than a tenth outside his best set at the beginning of the month as he won his Heat in a time of 25.05 and the third win for an Harriers athlete. 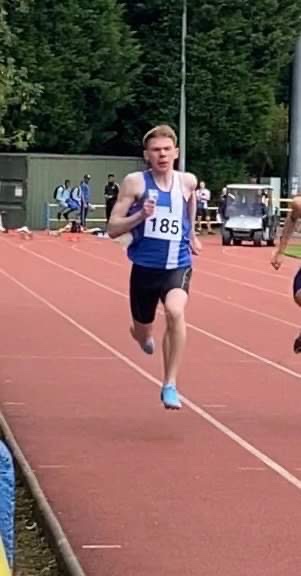 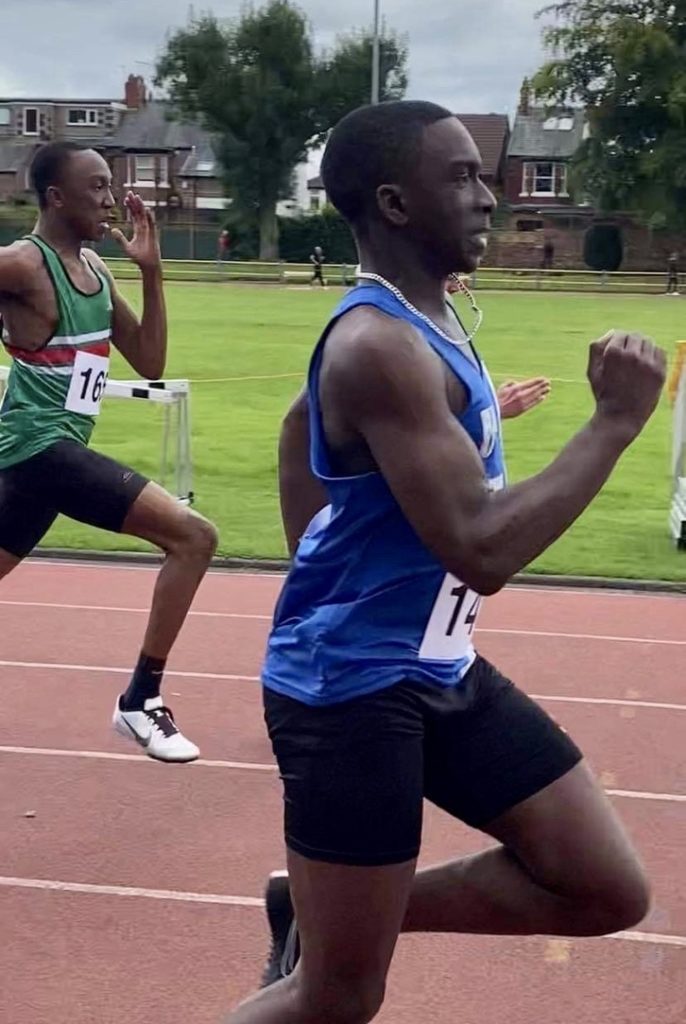 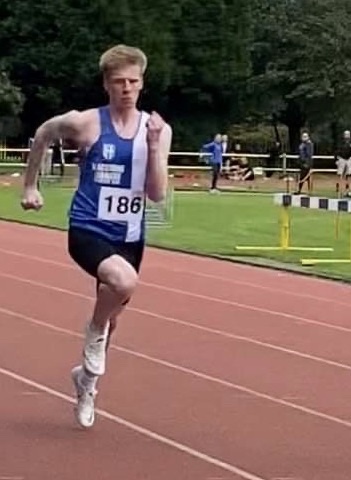 Holly Bradshaw was out again for the fifth time in August, this time competing in Gothenburg, in what can only be described as pretty awful conditions for Pole Vaulting. She placed 2nd on the day with a clearance of 4.48m with Coach Scott Simpson on Twitter commenting “Sometimes a 4.40m jump is harder fought, more competitive and ultimately more impressive than a 4.70m jump… that’s just the nature of the pole vault… Context is everything. Huge kudos to all 4 women who took on the conditions and won last night”.

Holly was in no doubt about that when she spoke to the Club after the competition was over, telling us “Yesterday was very challenging. The wind was very strong at times and mostly always headwind. I decided to jump from 10 steps to make sure I felt safe which was quite good as I just worked on some technical stuff and saw it as a kinda training session. The hardest thing is I am traveling with a 14 step competition bag and then to jump from 10 steps limits me with what poles I can use but we all just stayed positive and made the best of it. I knew I had Lausanne 3 days later so I was not willing to take any risks”  — going on to say — “I was still grateful for the chance to jump and challenge myself mentally but it was absolutely not the conditions to jump high in. I am looking forward to Lausanne and British Champs next week now”.

Two hundred and ninety one athletes in this Race which wasn’t short on quality, being won by Inverclyde’s Adam Craig in a pretty rapid time of 13.52. The next 33 athletes were all under 15 minutes with positions 2nd to 11th all coming home in sub 14.30 times. Among the competitors on the night was Blackburn Harrier Tim Raynes, whose lock down training has gone well as can be seen in his finishing position of 17th in 14.43 and just six seconds out side his personal best.

Post race Tim spoke to the Club about the race itself and his own run commenting “It was good to get another 5k in after Podium. It was a really well organised event with waves of about twenty runners setting off in small intervals. I ended up in the first wave which meant that I was hanging on to start with, and so I was caught in two minds whether to push hard to keep on the back of the group or hold off slightly. I did the latter, although still went through the first 1k (albeit downhill) in 2:48. It was a bit of a struggle during the middle of the race as I found myself isolated going into the wind on the uphill sections. Pulled it together in the last 1k or so to finish strongly and pick off a few of the runners in front. All in all, I was fairly pleased with my run”. The night after – Saturday August 29th –  Rob Warner entered the BMC 3000m Race Lee Valley where he clocked 8.47.38 in 9th spot. (RESULTS)