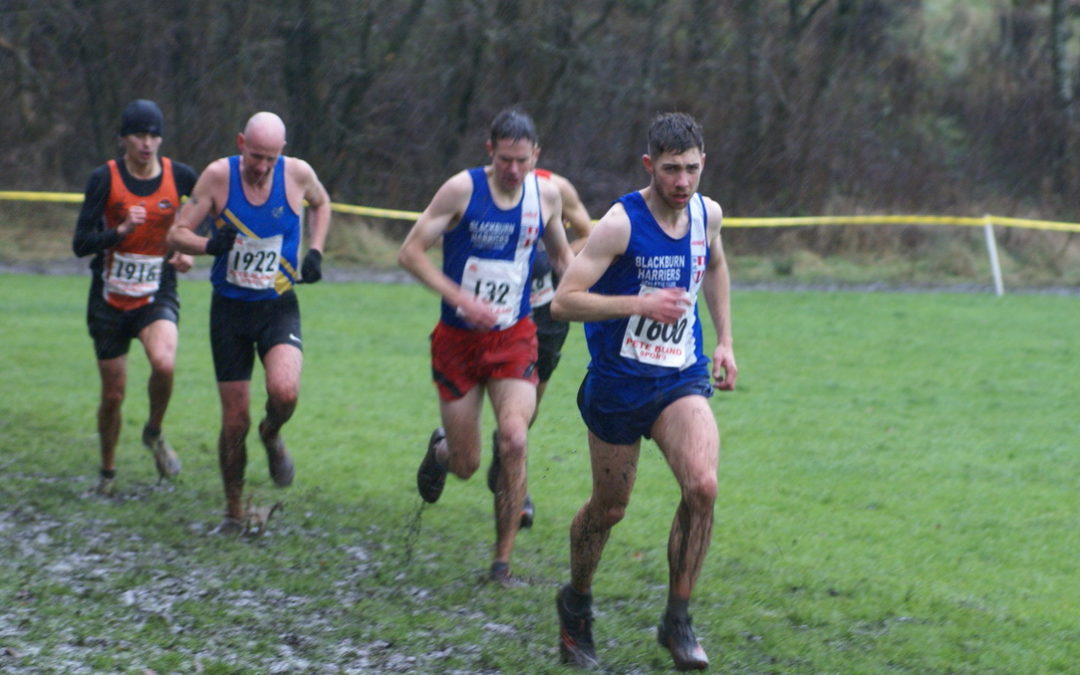 Where do we start? On arriving at Marl Pits and being greeted with a river of water coming down from the car park, howling wind, sleet and driving rain, it wouldn’t be an exaggeration to say that the conditions were some of the worst for a very long time. Seeing the League Tent flattened near the start and later a tent being lifted into the air – one of the steel framed variety – meant that a decision was taken quickly not to erect a tent for Blackburn Harriers. Back to the days when athletes arrived at the Course, changed in the back of the car, ran the race and went straight back into the car with the heater on full blast.

A massive thankyou to the League Officials who set up the course, adjusted it because of the conditions and to all of the officials who braved the weather throughout the day to ensure that racing went ahead. If ever there was a time to be hugely thankful to those who give up their time, unpaid and brave the most appalling weather conditions, that time is today. 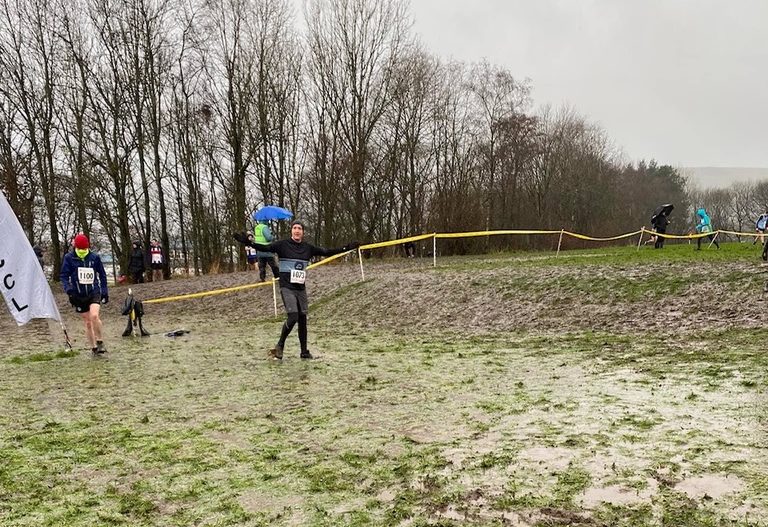 Sam Aspey started the day off for the Harriers – winning the U13 Boys race – in a time of 10.57 with Chorley athletes in 2nd and 3rd spots (11.05 & 11.06) respectively. Backed up by a good runs from Callum Singleton in 6th place (12.11) and Loucas Lancashire in 21st (14.27), the lads placed 2nd in the team race behind Chorley by just a single point. However, in the overall Series, Blackburn took the Title with 47 points to Chorley’s 61 in 2nd and Horwich in 3rd (111). Sam Aspey also won the Individual title for the Series along side team mates Callum Singleton (7th), Liam Benninson (8th) and Loucas Lancashire (18th). 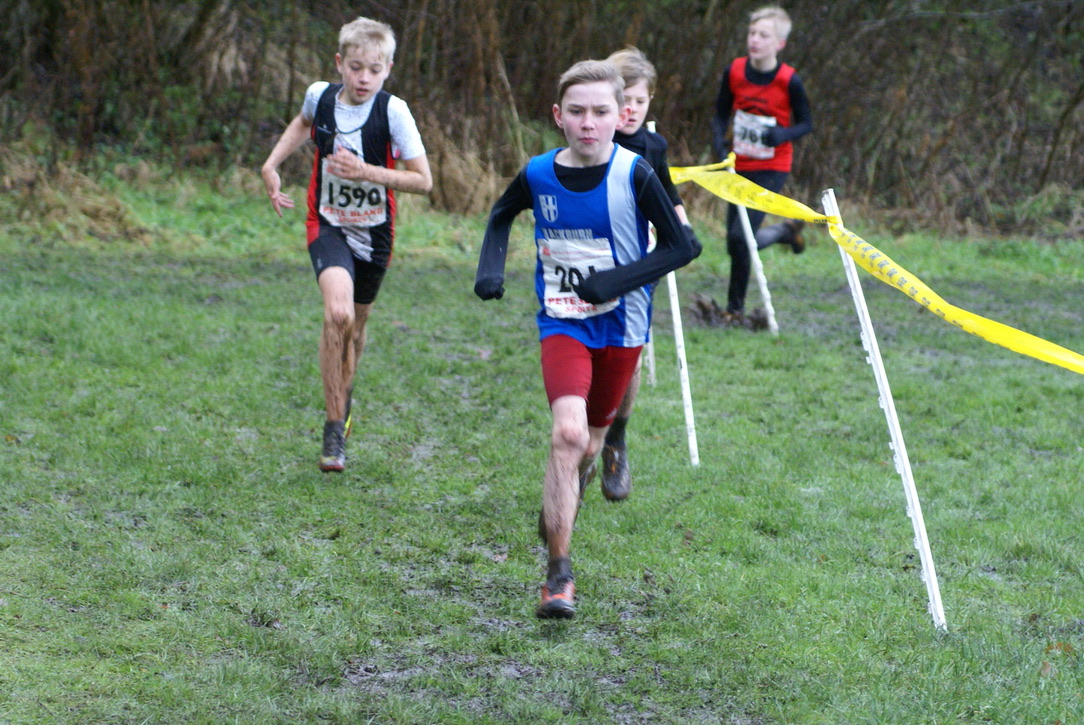 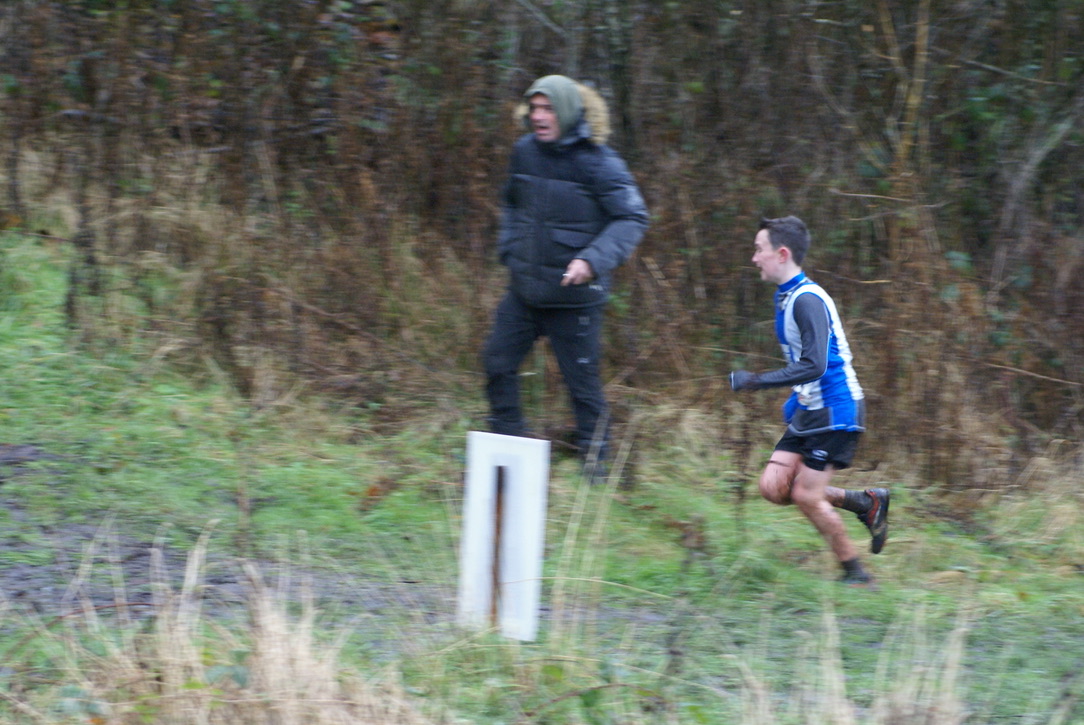 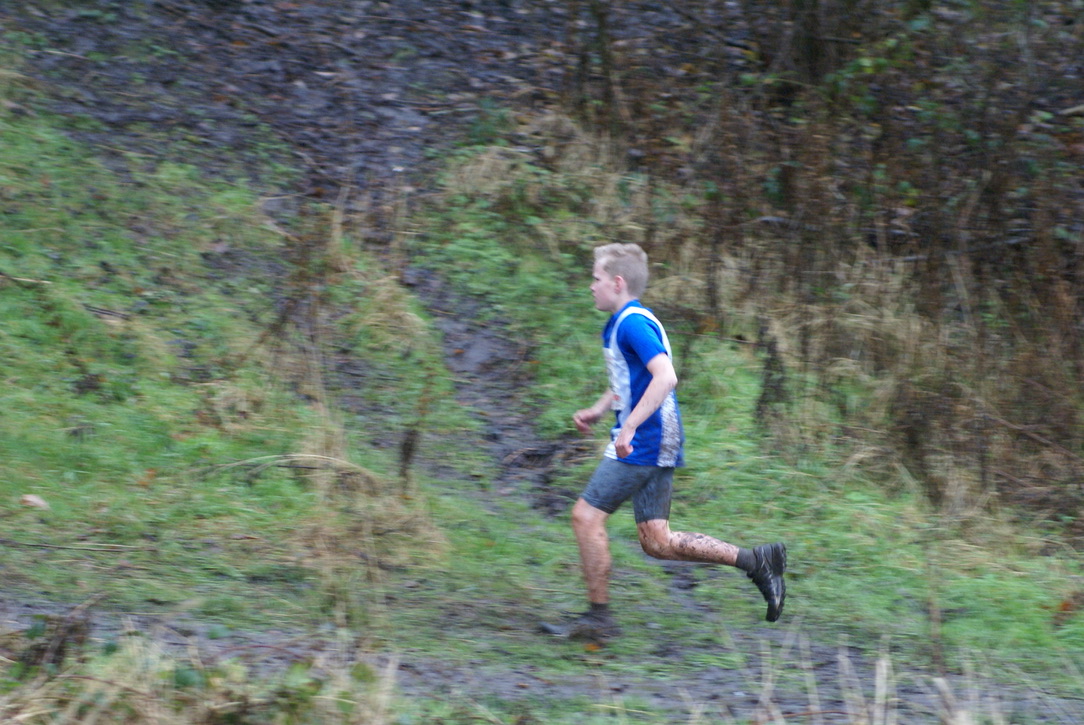 Our U13 Girls finished 2nd team on the day behind Clayton and placed 3rd team in the Series overall behind Leigh (2nd) and Clayton (1st). Agatha Taylor set the pace from the beginning of the race which took some doing in the conditions that prevailed. She came home 2nd in 12.24 just behind Clayton’s Eliena Lusty (12.19) with Hannah Davies in 8th spot (12.59) having already run in the Blackburn Town Schools race in the morning. Tamzin Osborne had another solid run too placing 13th in a time of 14.02 – the three girls amassing 22 points to Clayton’s 10. The Series Individual final standings show Agatha in 3rd place, Hannah in 7th and Tamzin in =17th. 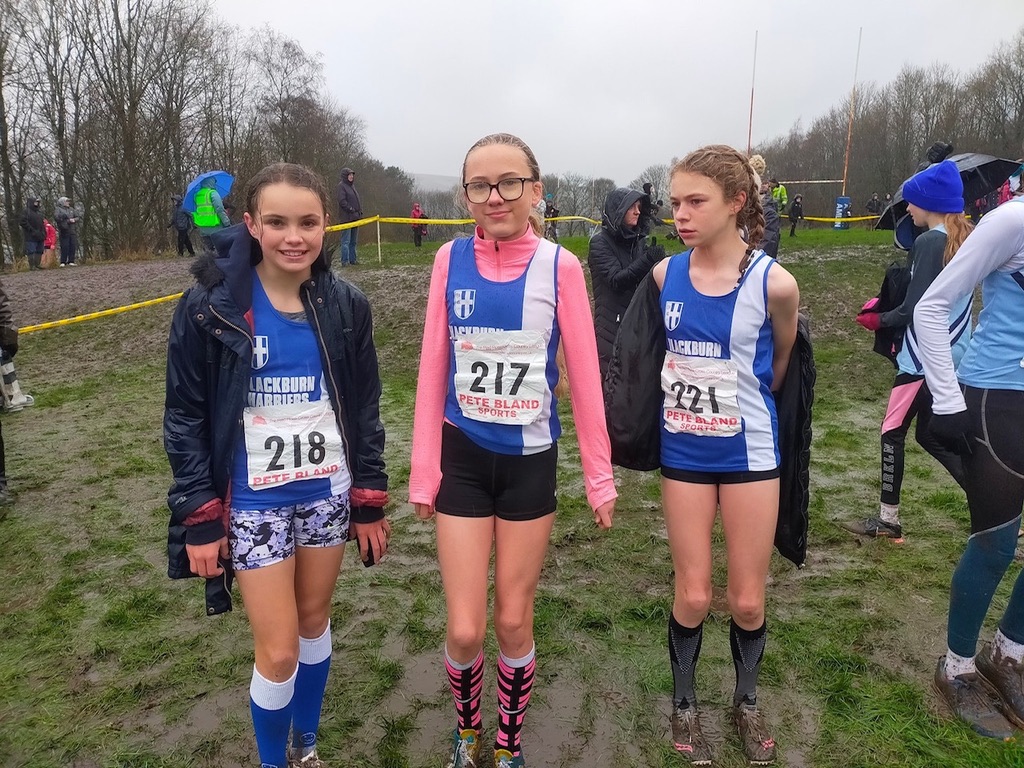 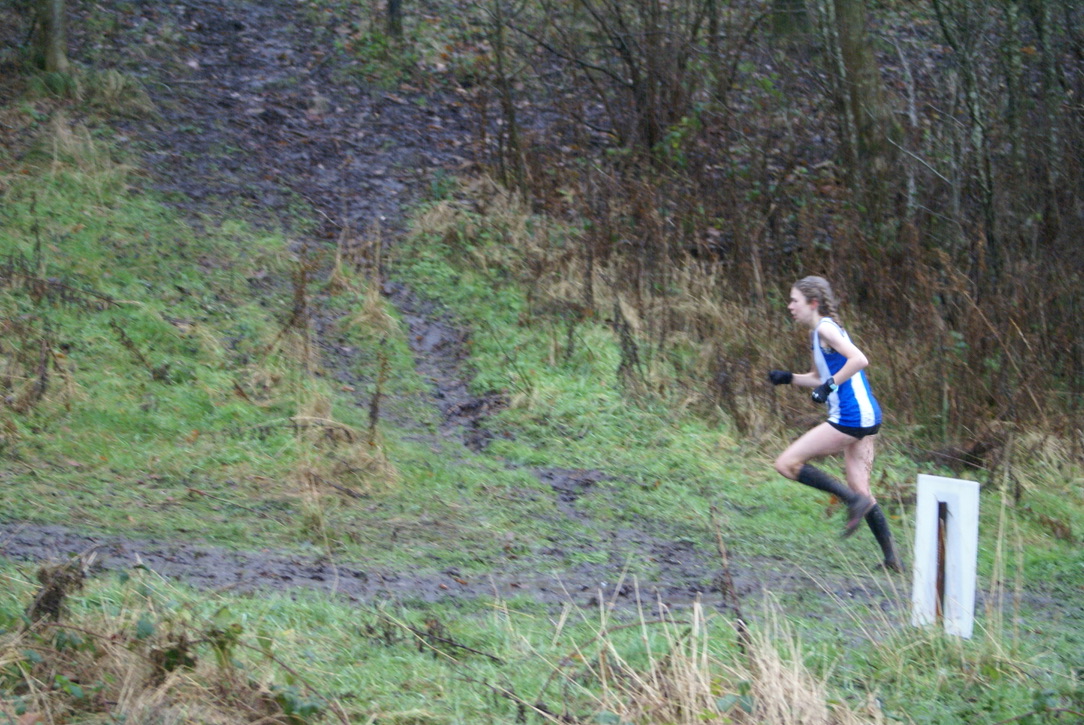 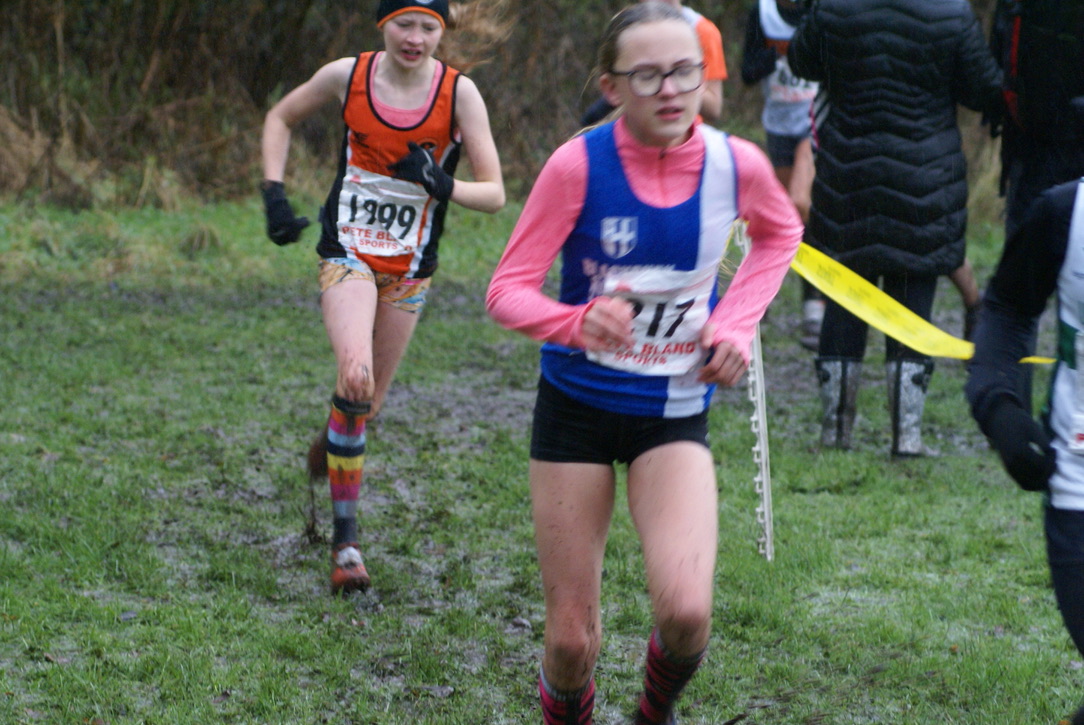 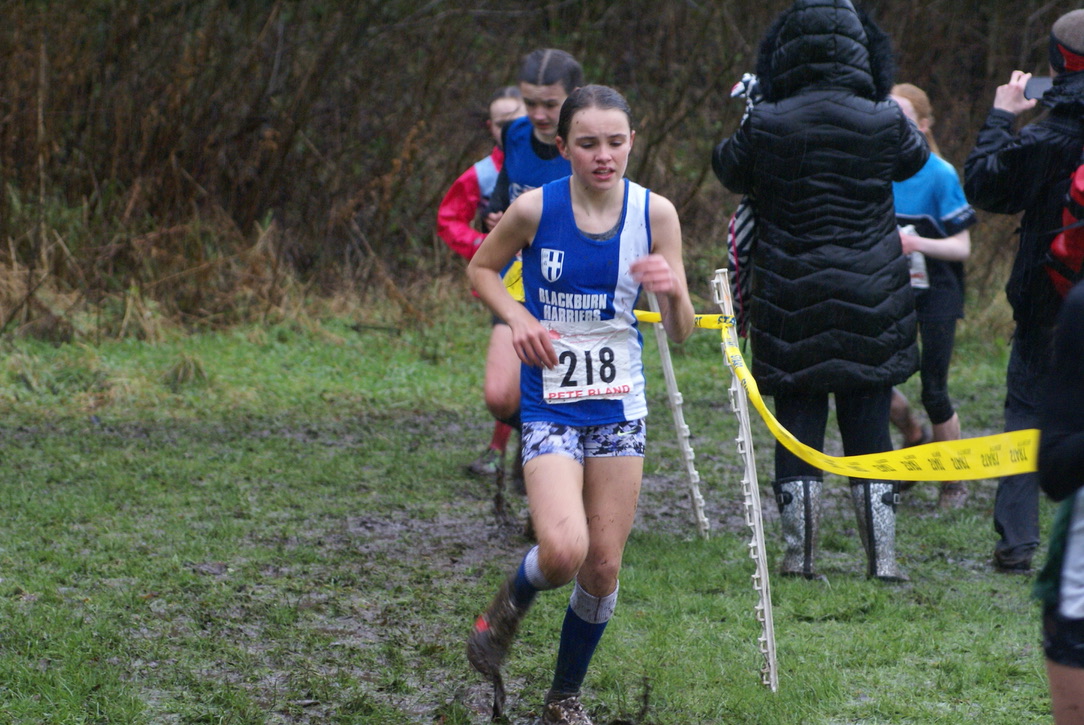 Just one athlete in the U15 Boys – Oliver Gill who finished 2nd on the day in 15.46 behind Marcus Thomasson (15.26), a result that meant Oliver finished 4th in the Series Individual standings with 11 points, just one point shy of 3rd spot. Two girls ran in the U15’s Race – Isabela Thompson who came home in 14th position with a time of 21.44 and Isabelle Hartley in 17th place (27.57) who was also 17th overall in the Series. Evie Taylor was the sole athlete braving the weather in the U17 Women’s Race coming home in 3rd spot (24.10) behind Clayton’s Sianna Smith (2nd) and Freya Potts (Bury) who was also the Series winner.

Unfortunately all of the photos for these races – as with many others on the day – did not come out that well at all and had to be sent to the trash bin. 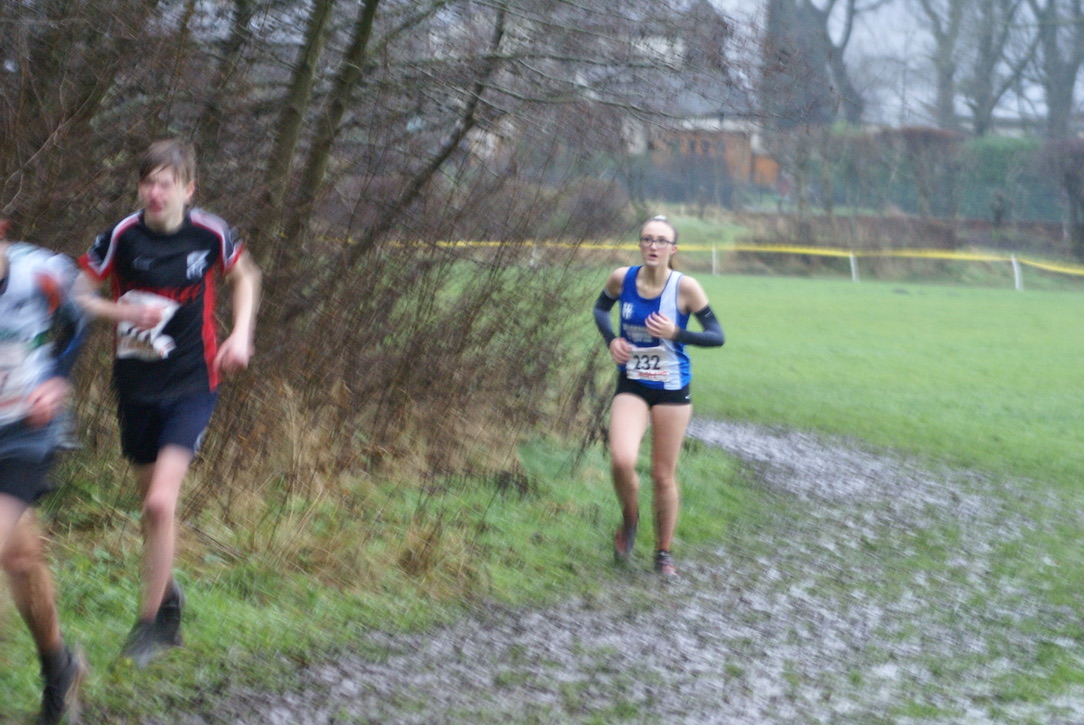 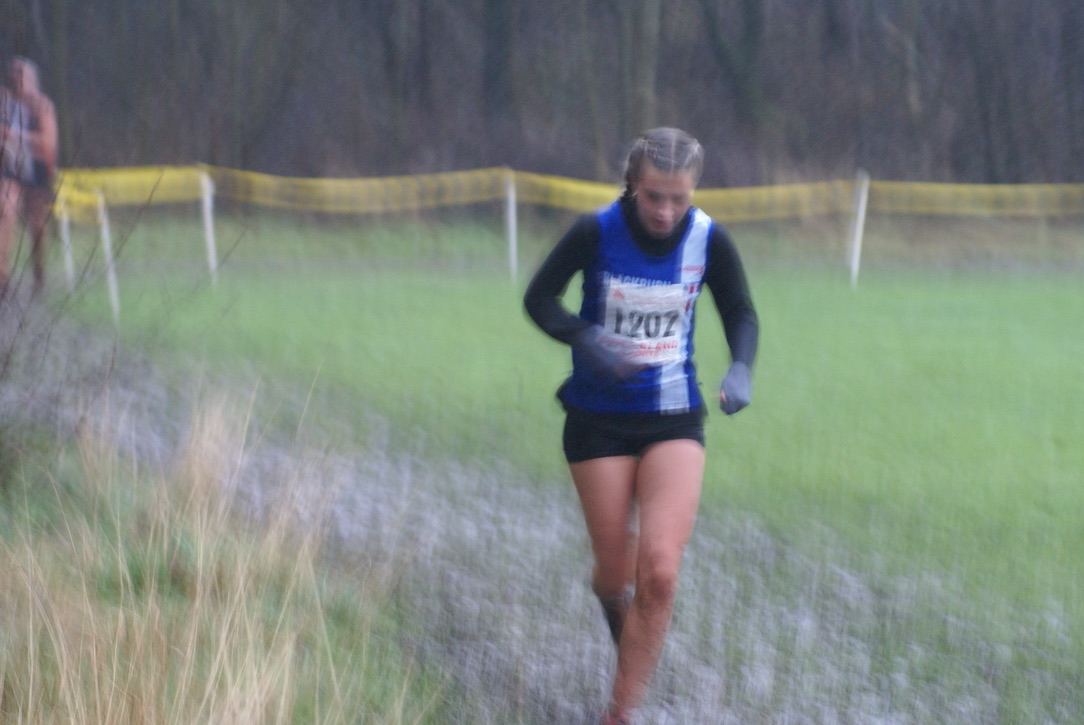 The Senior Women finished 2nd Team on the day (45 points) behind  Bury AC (27) – the two Clubs taking the same positions in the Series Team Standings – Bury winning with 66 points, Blackburn Harriers 2nd (126) and Accrington Road Runners (3rd) with 233. No surprise at the size of the field given the conditions as just 70 athletes started the Race. Joanne Nelson led the team home on the day, following two weeks of illness, amazing in itself as she placed 4th overall and 1st V45 in a time of 23.06 – Emma McOlm taking the win in 21.15. Ellen Sagar-Hesketh and Katie Buckingham had good runs too as they ensured the team had three home in the first eight places – Ellen placing 6th in 23.24 and Katie 8th in a time of 23.47. 4th counter for the Harriers was Michelle Teare who came across the finishing line in 32nd spot running 29.40 followed by Lindsay Davies in 34th (30.02). Joanne finished the Series in 3rd place overall and 1st V45. Ellen placed 9th overall in the Series and Lindsay  29th. In the Vet Teams category the Harriers took 3rd spot overall behind Bury in 2nd and Accrington Road Runners who were 1st. 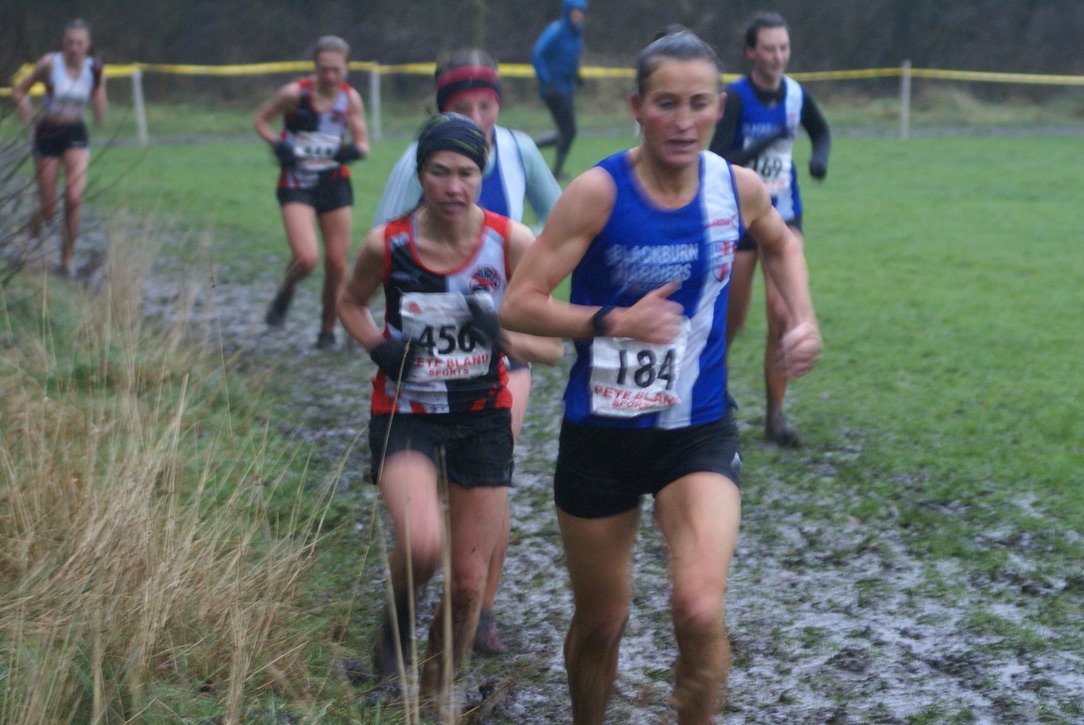 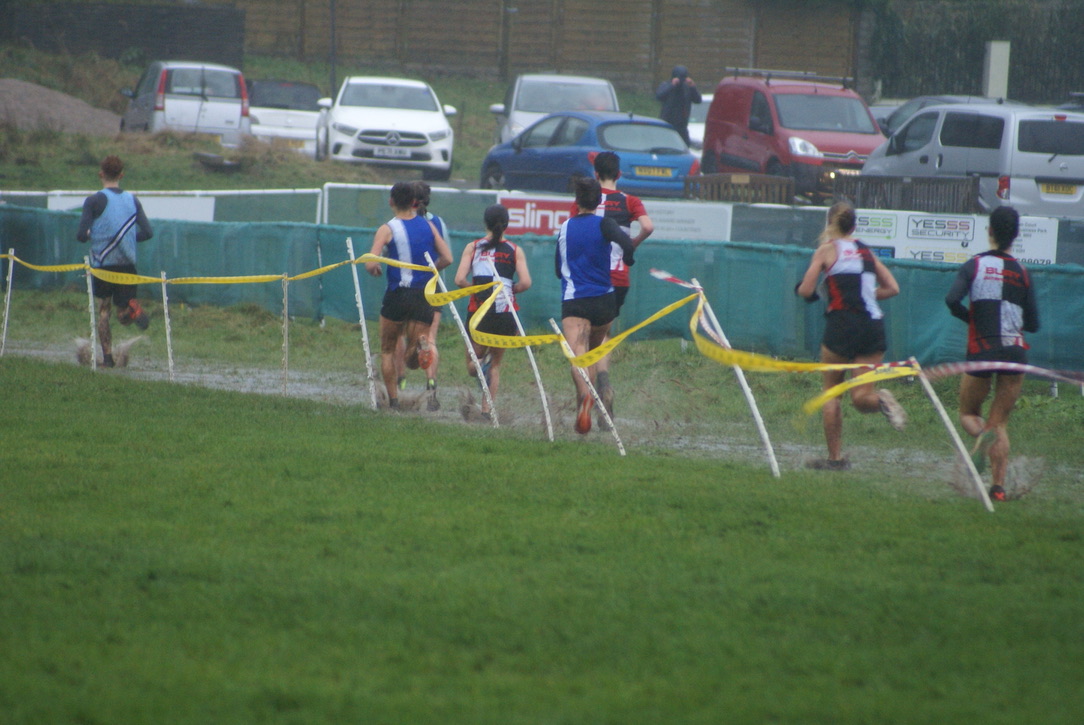 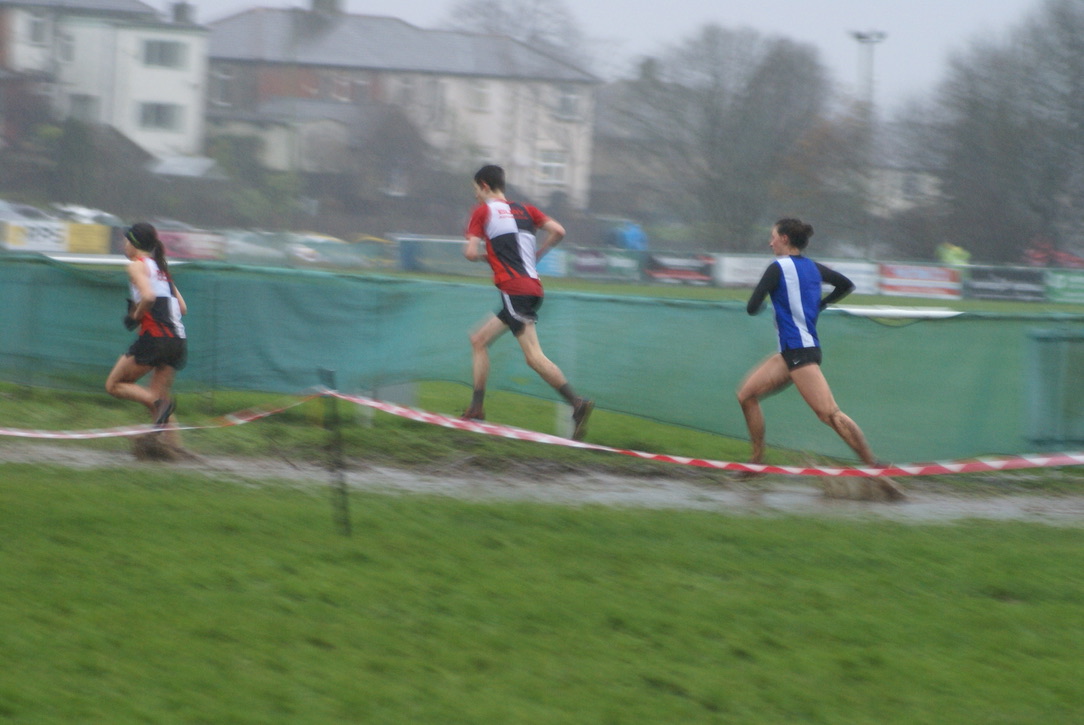 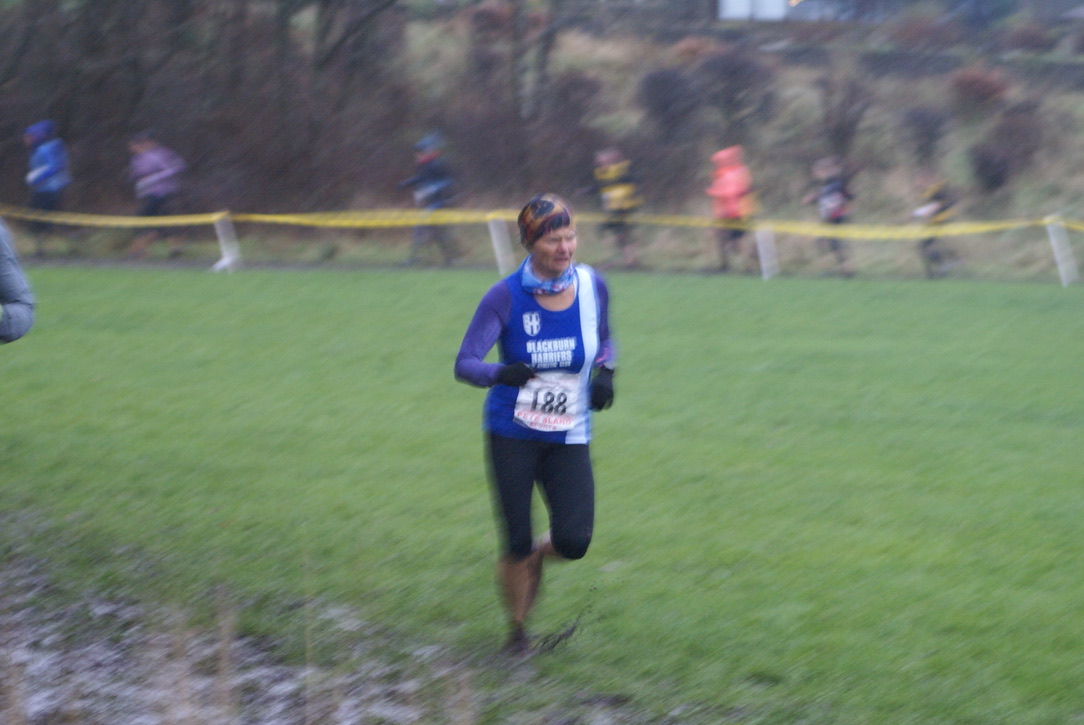 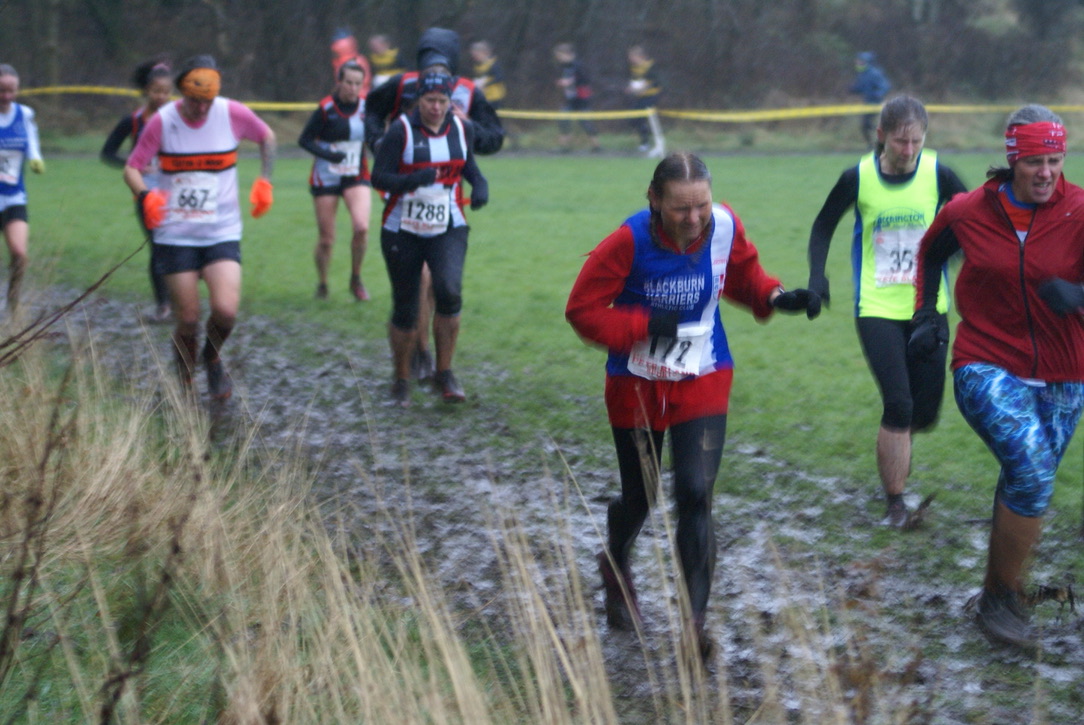 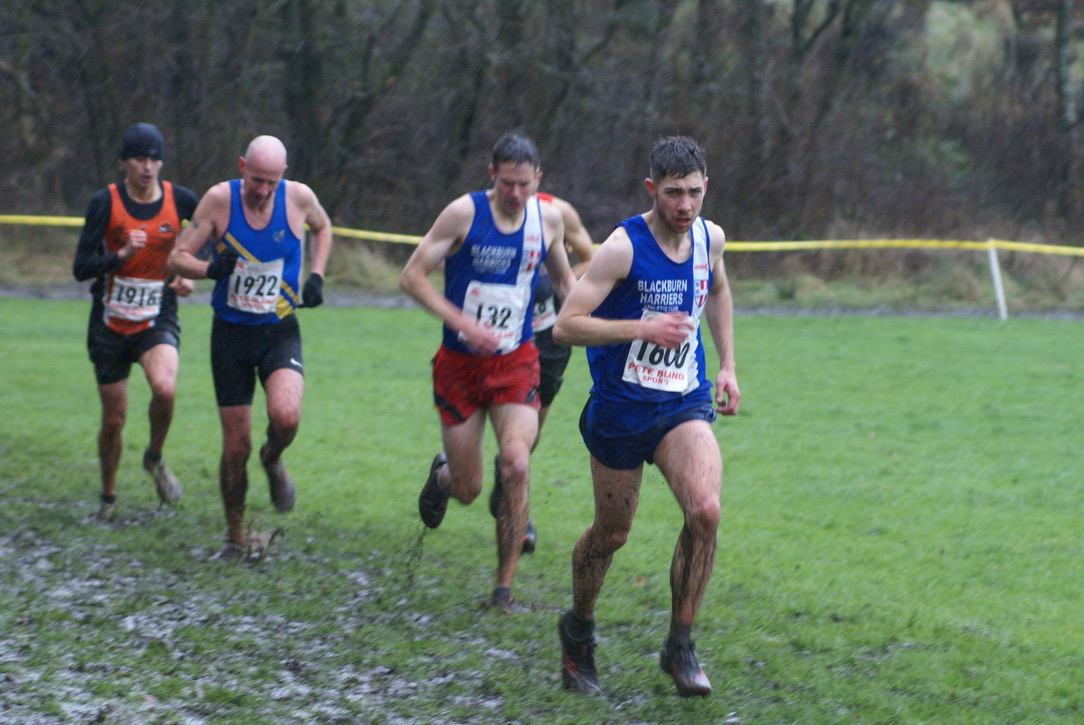 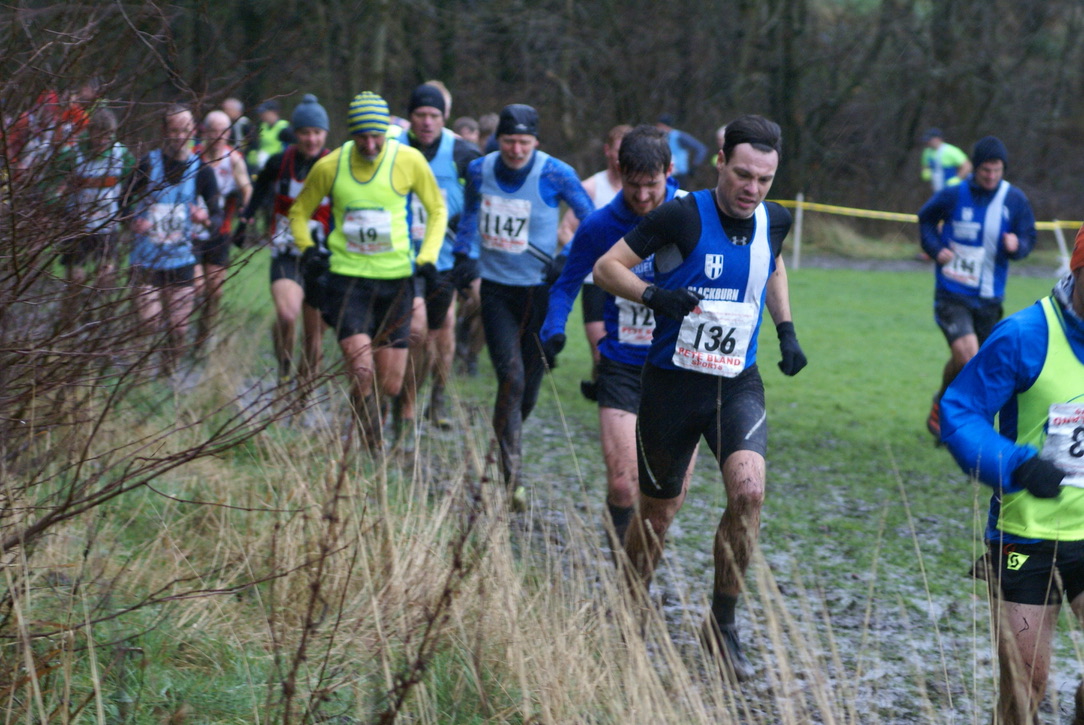 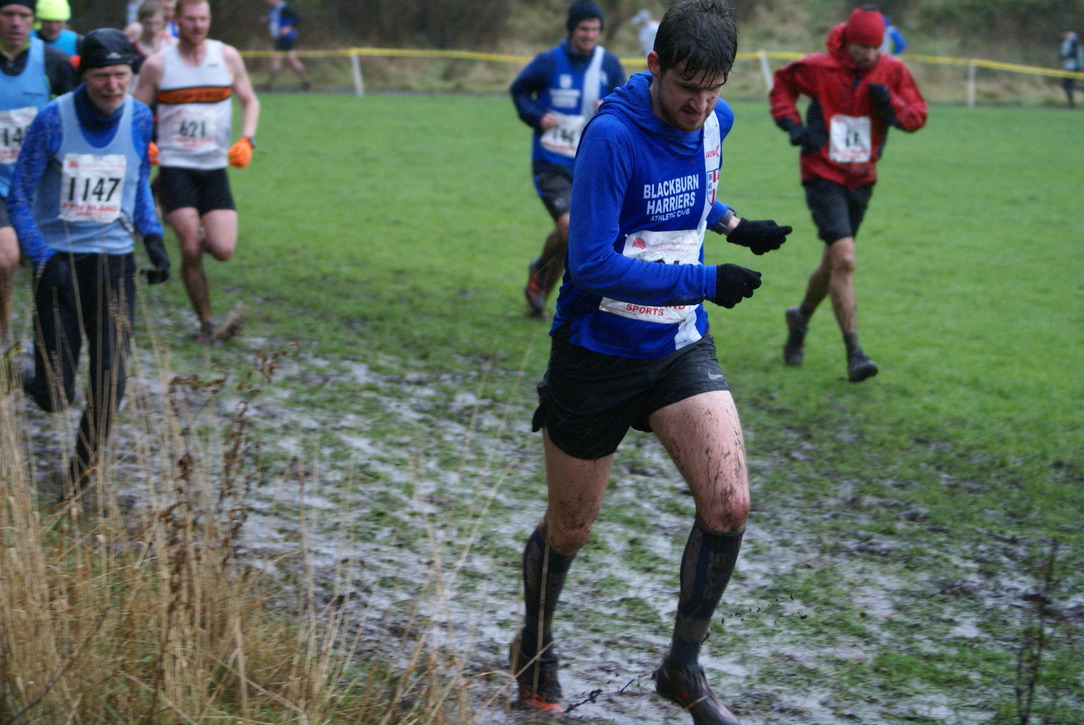 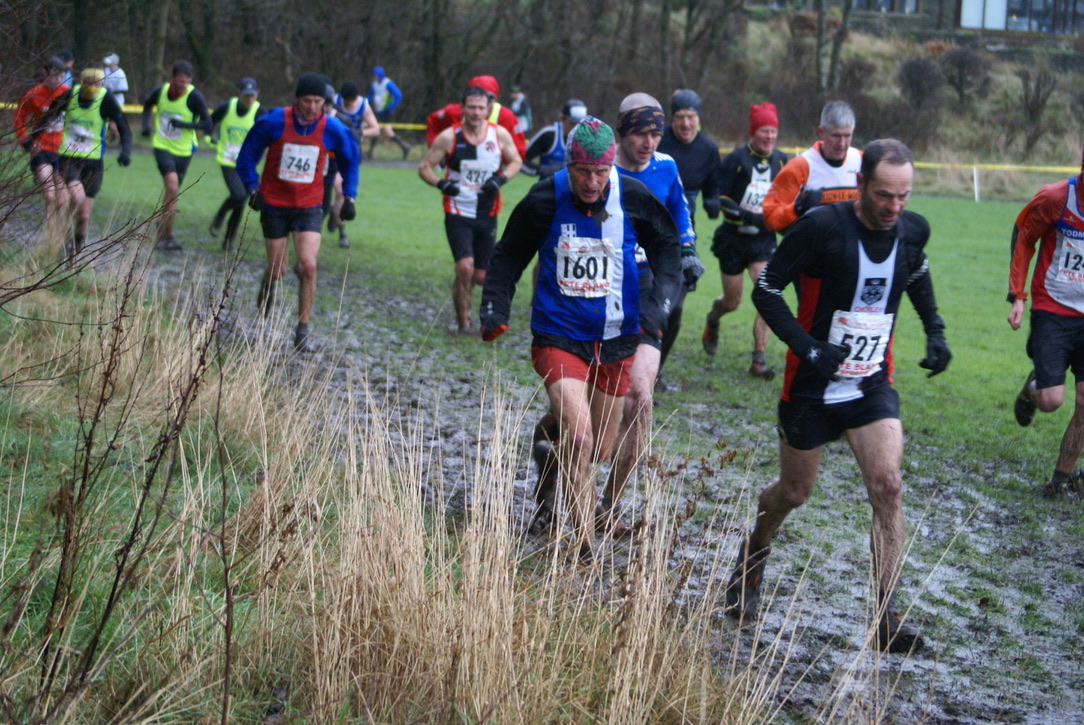 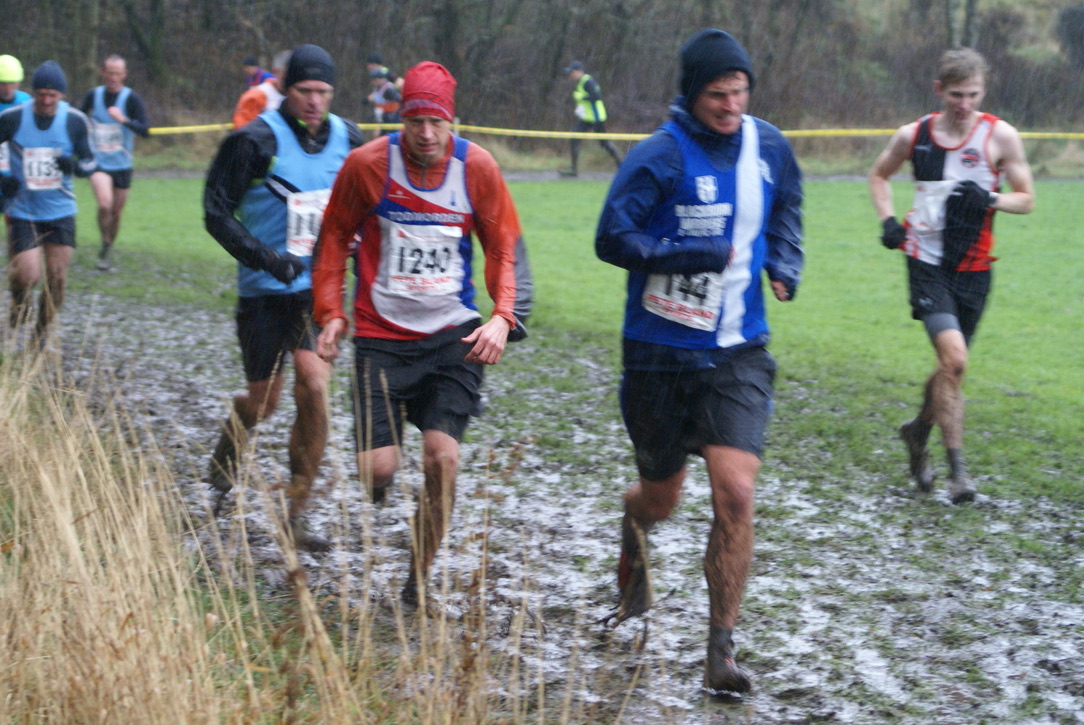 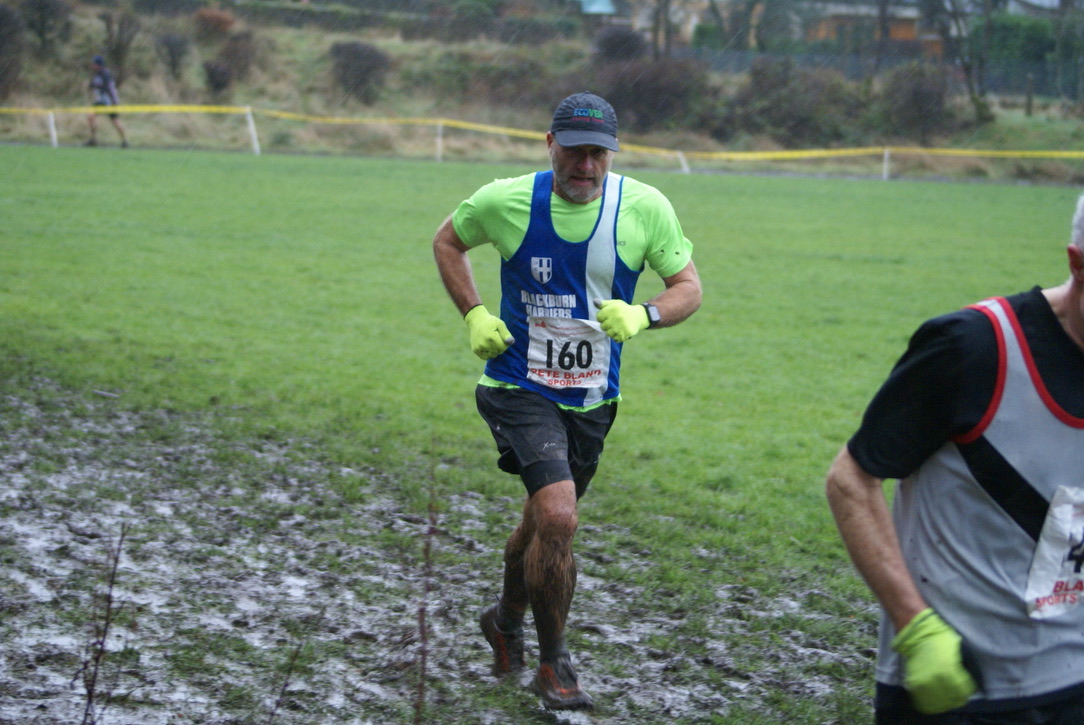 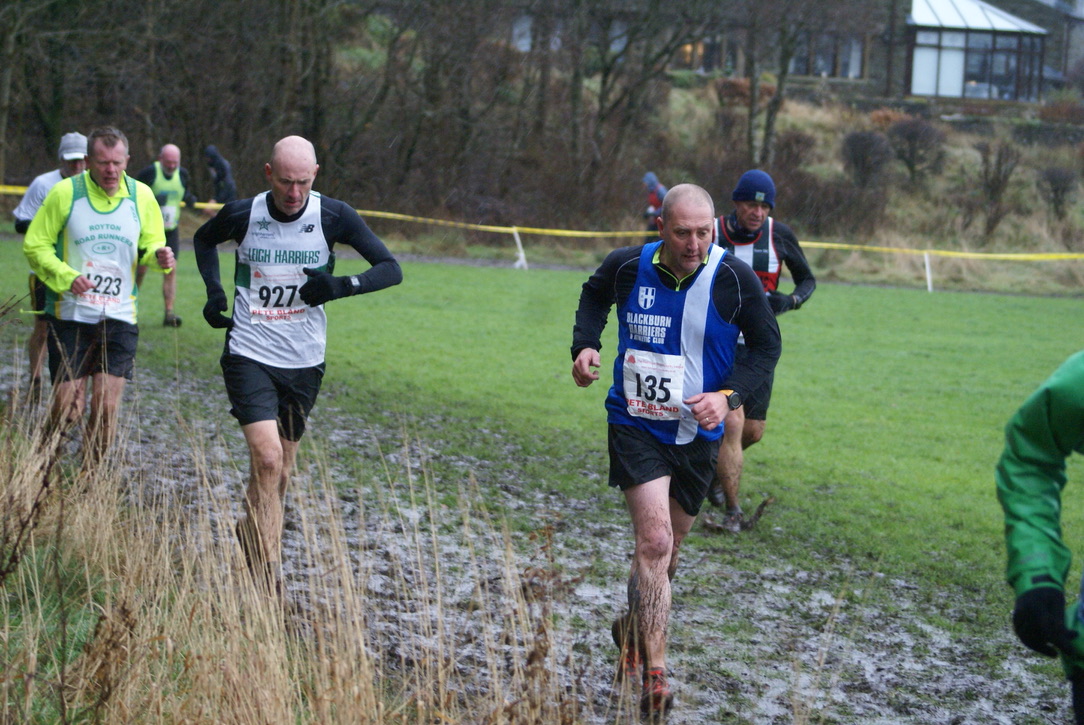 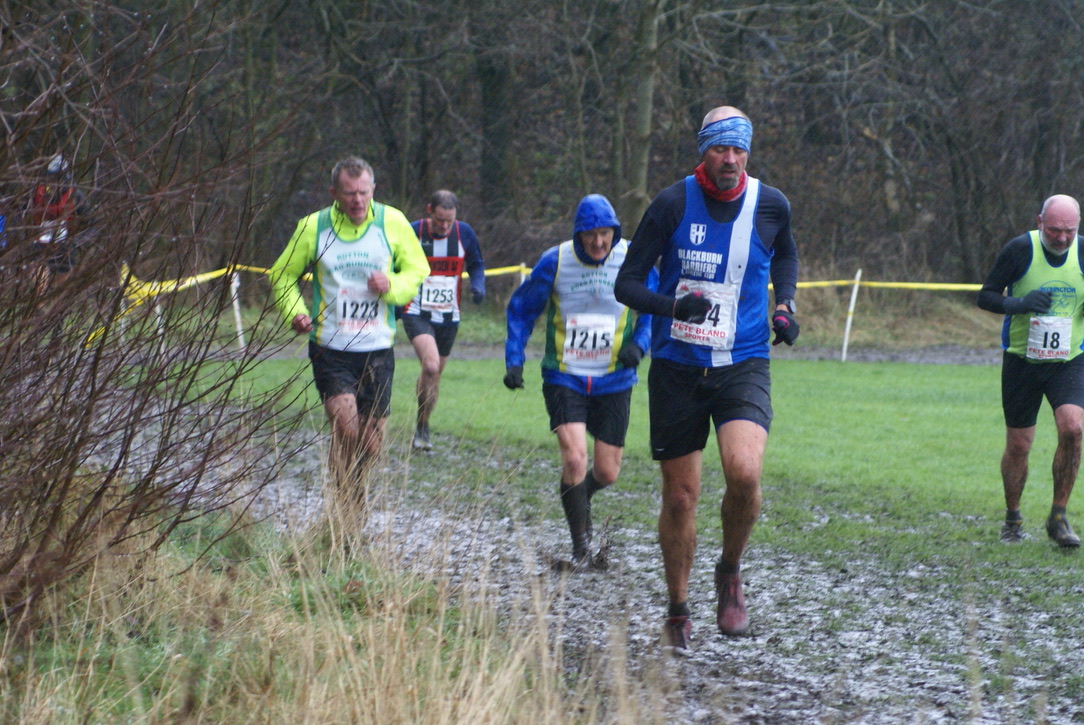 On the Fells again with John Orrell  at the Kong Winter Series Race 2. Stybarrow Dodd which John described thus as “Cold, yes. Wet, yes. Windy, yes, Snow, yes!” Buxton’s Finlay Grant won the race in 35.50 with Keswick’s Mark Lamb in 2nd spot just 8 seconds further back in 35.58 and Tom Simpson (Ambleside) in 3rd with 37.56. John came home in 109th position running 61.58 out of a field of runners totalling one hundred and thirty six. 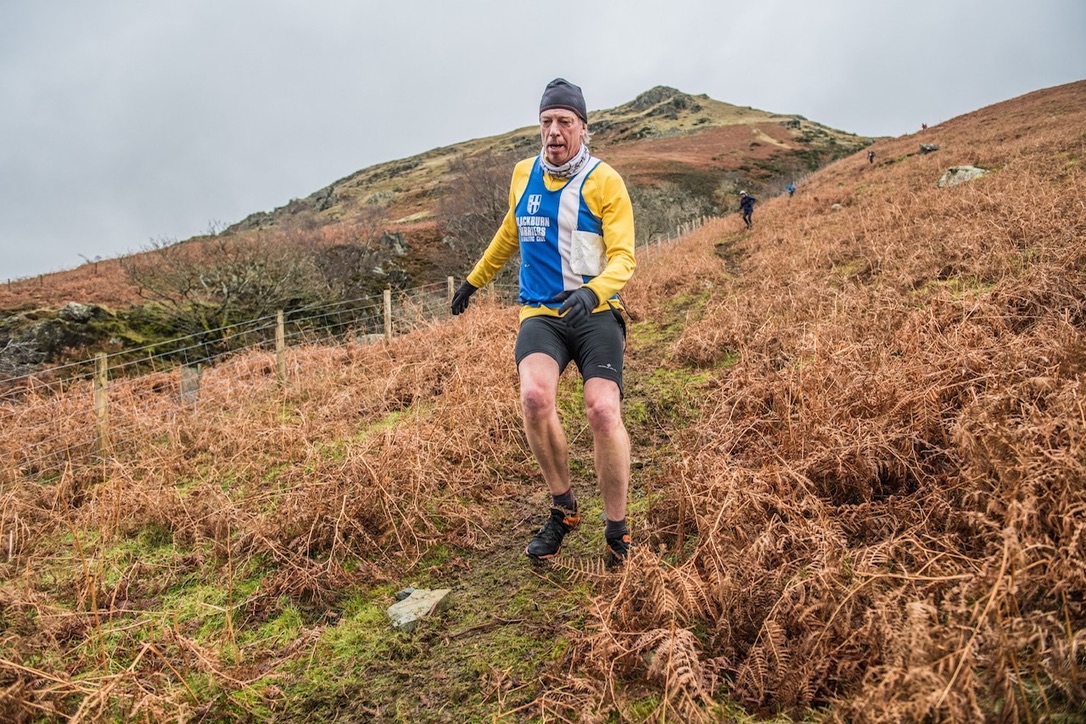 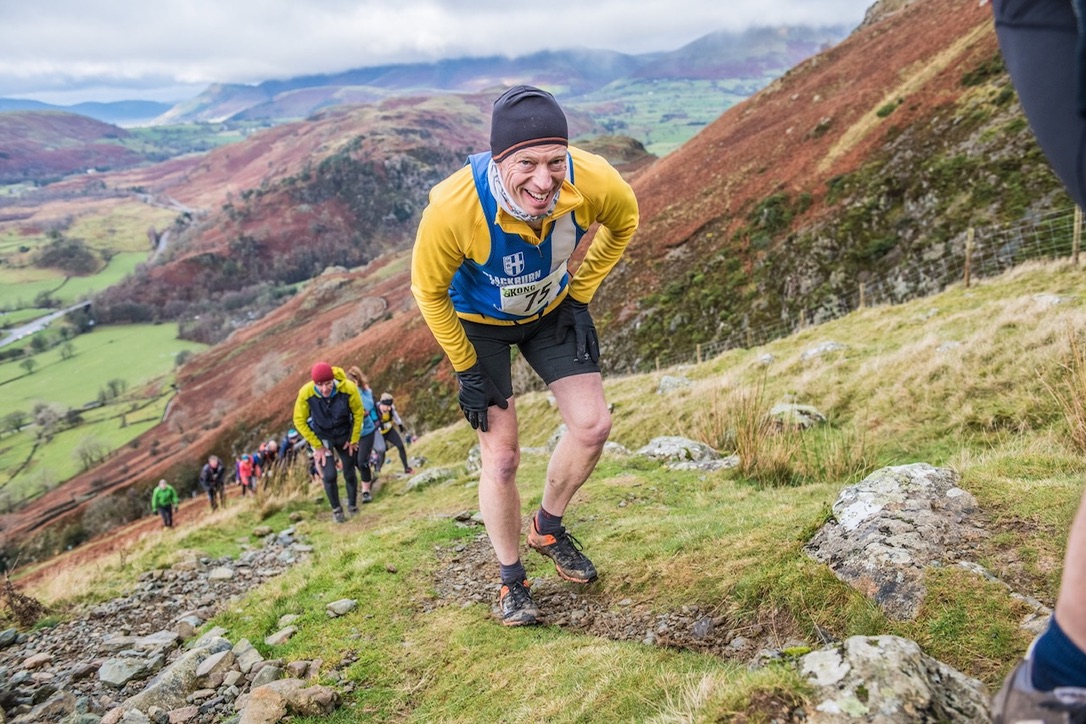