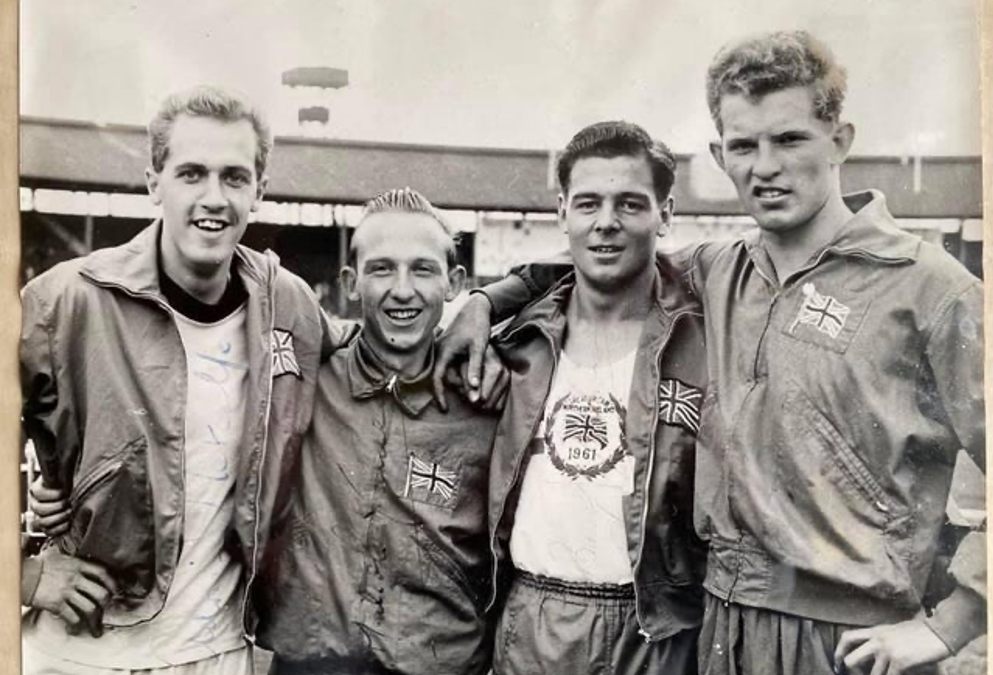 Blackburn Harriers and Athletic Club are sad to hear of the loss of our former distinguished member and athlete Malcolm Yardley who died on the 17th March aged 79.  Malcolm was an outstanding athlete who represented his country on many occasions with his speciality being 400 metres.  At the peak of his career he competed for Great Britain in the 1960 Rome Olympics, both in the individual 400 and the 400 metre relay. During this time the Great Britain 400 metre quartet of Malcolm, Robbie Brightwell, Adrian Metcalfe and Barry Jackson were ranked number one in the world.

He initially was a member of the Birchfield Harriers before joining Blackburn Harriers in the late 1960’s setting up a sport shop in Padiham and then Burnley.  After overcoming a number of injuries Malcolm re-discovered his form and competed for England in the Commonwealth Games in 1970 in Edinburgh as a Blackburn Harrier.  By that time, as a coach, he had developed an enviable squad of club athletes including European Junior 400 metre champion Peter Beavan and fellow internationals Derek Price and Des Coneys.  Des, an English Schools Champion, very sadly also passed away late last year.

Under Malcolm’s guidance the squad very much aided Blackburn Harriers to compete at the highest level nationally in the British League.  Malcolm remarkably still retains the 100, 200 and 400 metre senior men’s records at Blackburn Harriers and they have stood for 50 years.

Our condolences go to his wife Margaret, his son Stephen and granddaughter Ava.  It is hoped that a celebration of his life will be held later in the year.

Below is the GB squad taken at the White City in 1961 – from the left – Metcalfe, Yardley, Jackson and Brightwell 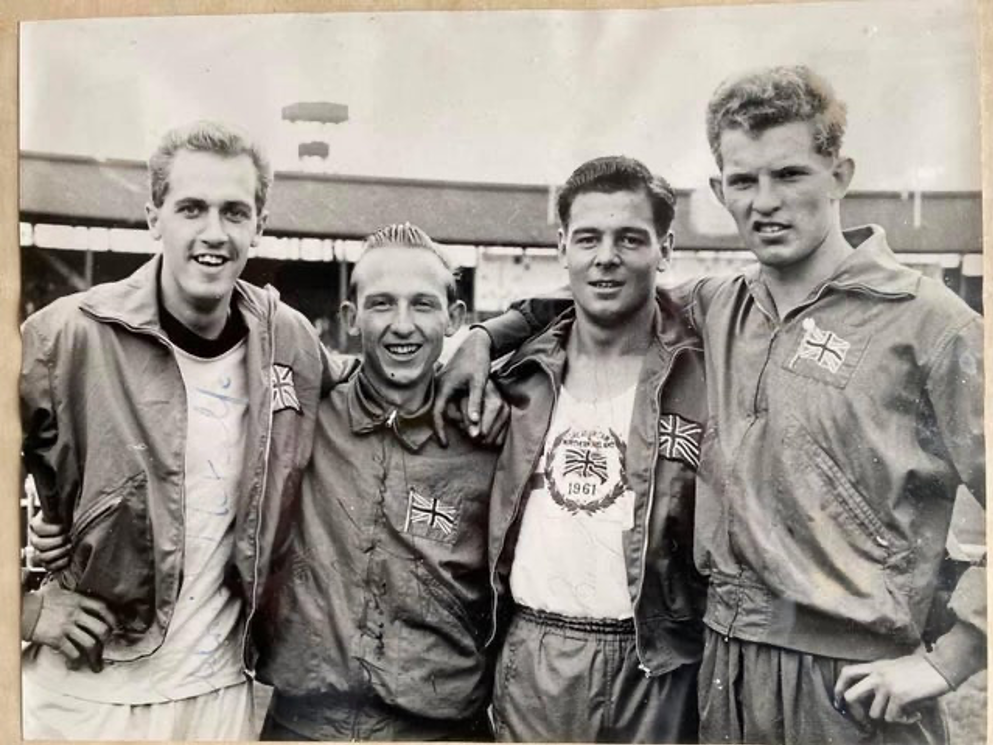