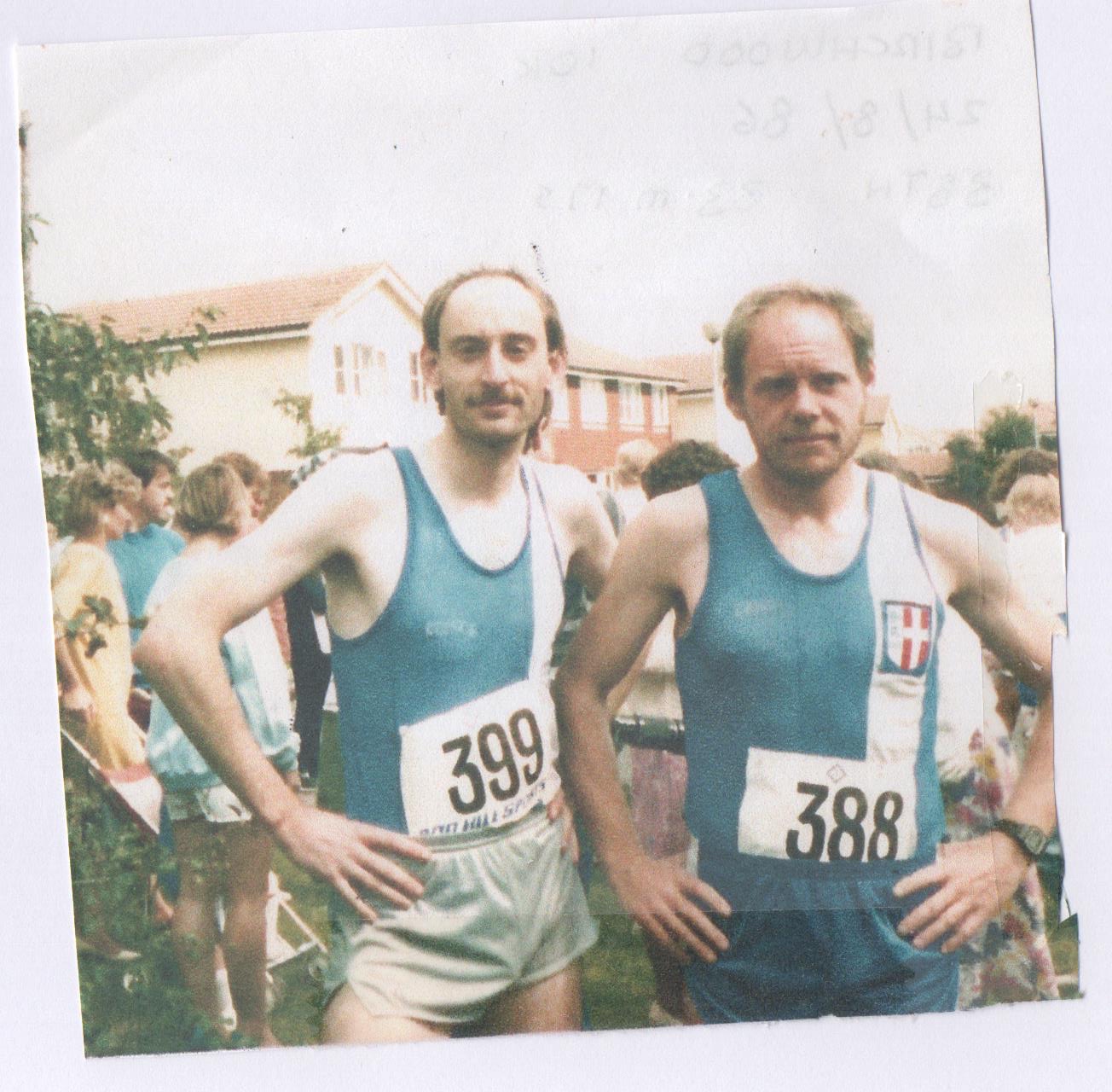 Mick (‘Wilky’ to his running comrades) joined the Harriers in 1983. Even in his running prime, he was built more like a cruiserweight boxer than a long distance runner. When he joined the Harriers he was an overweight, boozing ex-Man United tearaway whose exercise regime had consisted mainly of fleeing the police presence at away grounds in England and across Europe.

But Wilky was a dogged character who applied his bloody-mindedness to his training regime. He decided that he was going to be a ‘proper runner’. And by 1985 he had become fit enough to stay with the ‘A’ group of senior men (Pete Banks, Bob Shorrock, George Woodburn, Tony Wood and co.) who belted out a hard twelve miles every Wednesday night.

What followed were half a dozen years as a genuinely competitive club runner over road and cross country. Wilky ended up with a bunch of London marathons to his credit and with a PB of 2 hours 37 minutes. As a man who loved to win ‘a man on a stick’ rather more than any kind of voucher or practical race prize, he happily garnered an extensive collection of road race trophies with PBs of 69½ minutes for the half, 52.15 for 10 miles and 32½ for 10k.

In truth, Wilky had no right to be running those times. But 70-80 miles a week and his general appetite for hard training were legendary in the club. So was his weekend ritual  of driving round the moorland roads every Saturday night, summer and winter, to position a set of water bottles over the 20 mile route of his meticulously measured Sunday morning run.

Wilky went on to serve as Men’s Cross Country team captain, and his mum Jean is fondly remembered for her role collecting the discs and recording the Harriers’ finishers  at the end of many a Mid Lancs and Northern cross-country.

Wilky himself was a man of strong opinions, often strongly expressed. He often hid his softer heart well, but it was there. The last 2 years of his life were blighted by the cruellest of illnesses. He recognised his steady descent as the hardest marathon of his career, but in the end he died peacefully, on his final day happily remembering runs and races in the Harriers vest he wore proudly for a decade. 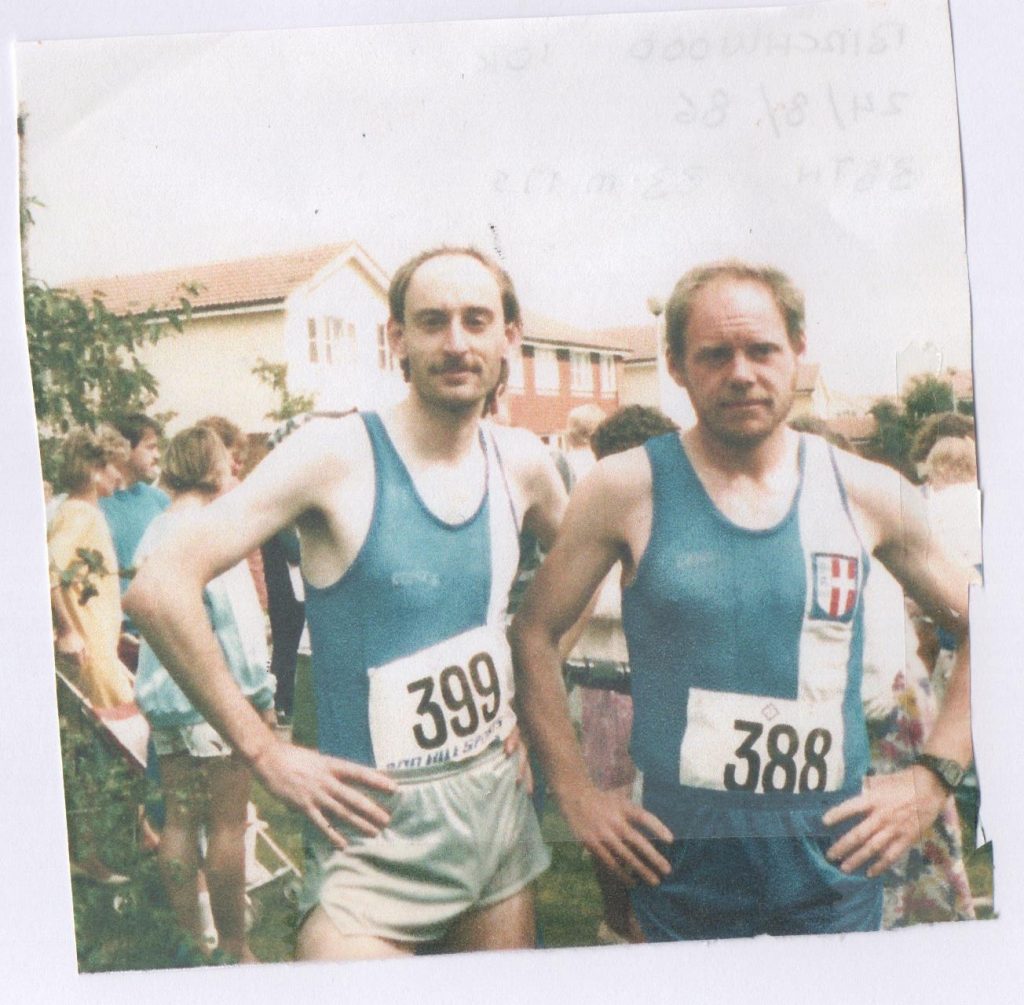 Information on the Funeral arrangements will be announced as soon as the Club has them.