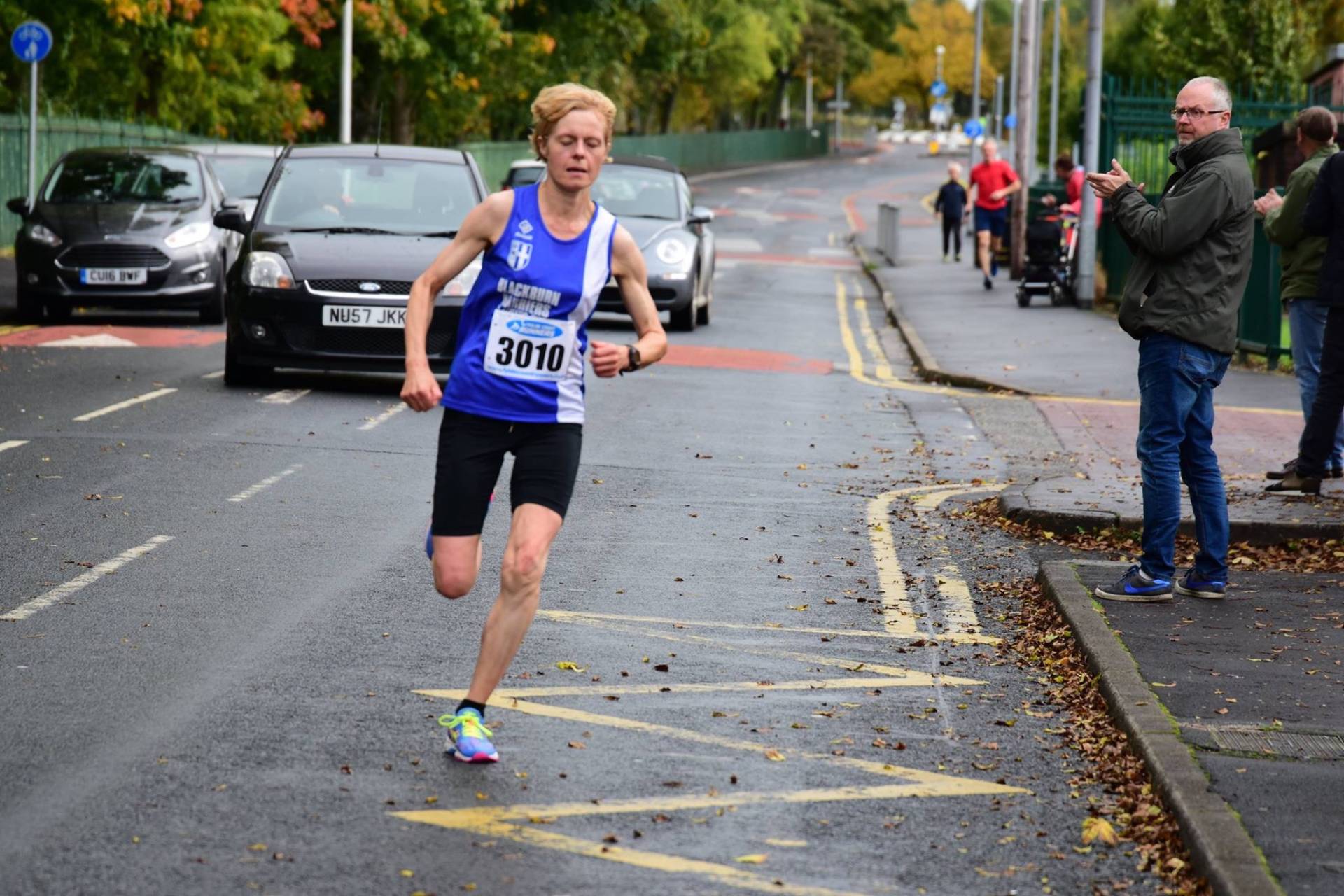 Due to holidays we are a little behind with Results, so a less than comprehensive run down of recent activities by Blackburn Harriers in this latest Post with apologies for any omissions. 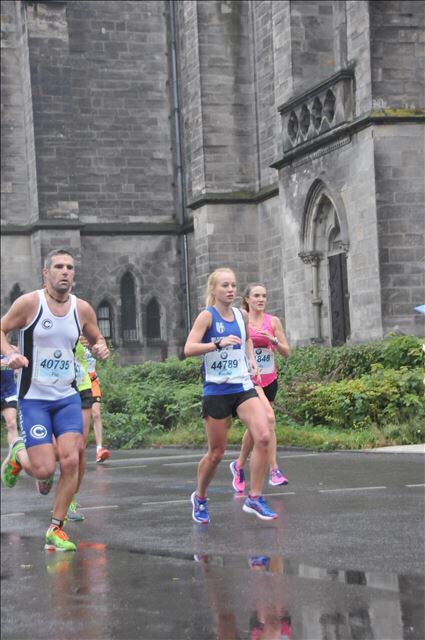 Joe Monk carried on with his good form on the Roads winning the Southport 10k by over a minute and a half in a time of 32.43. (Southport 10k Results)……….and it was great to see Pauline Powell racing on the roads after winning the Bolton 10k in April (37.54) she won the Burnley Fire 10k on October 1st in a time of 37.44 placing 6th overall and 1st V40 Woman……….in the same Race Ben Costello placed 3rd overall in 35.44 whilst V40 Mark Lord finished 51st overall setting a new PB of 49.17 with V55 David Morris coming home 89th in 61.14. (Burnley Fire 10k Results). Ben Costello has been in good form and on September 17th he won the Burnley Leisure10k in a time of 36.21 and told the Club that.“After a great first leg for the ‘B’ Team at the Northern Road Relays i wasn’t sure how i would perform at the Burnley Leisure 10k. The race started very slow and i sat just off the leader up until the 3k mark where i took the lead. I then controlled the next 4k and at this point i made my move and it paid off by the 9k mark as i knew i had won. It’s an amazing feeling to get my first win so early on in my running career”. (Burnley Leisure 10k Results) 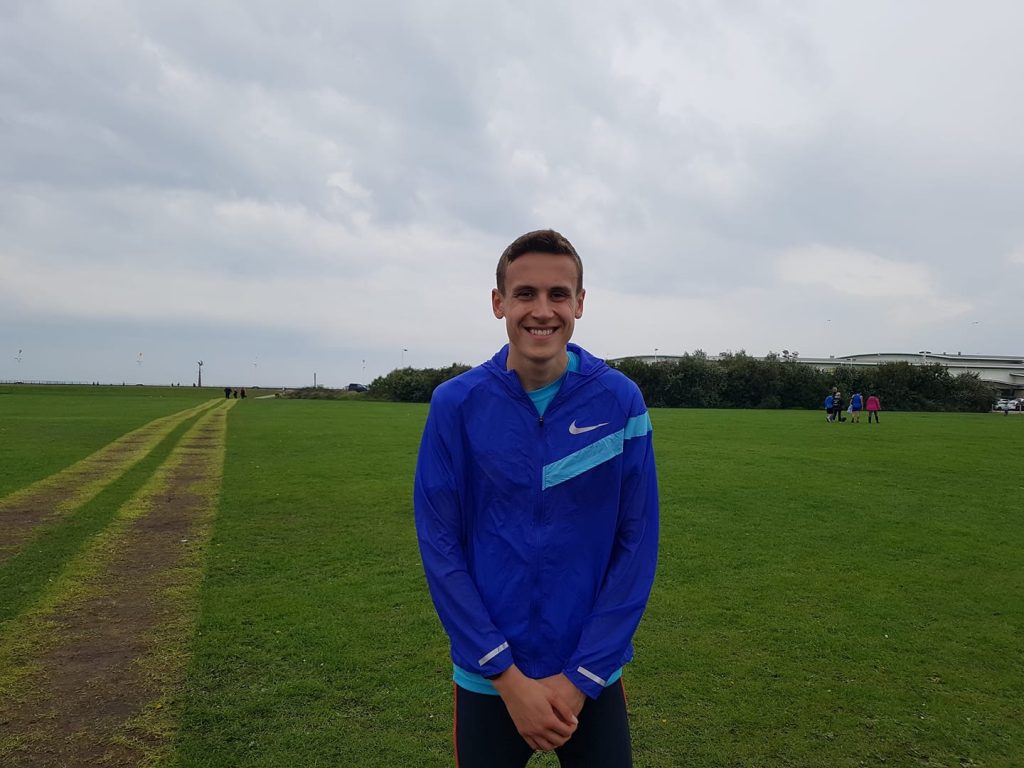 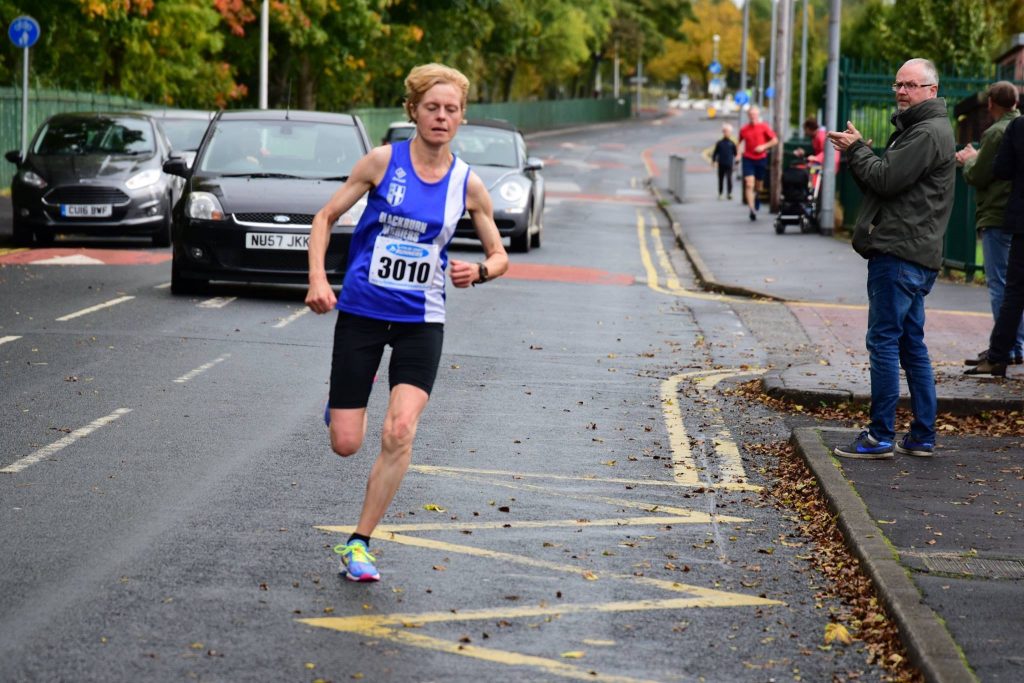 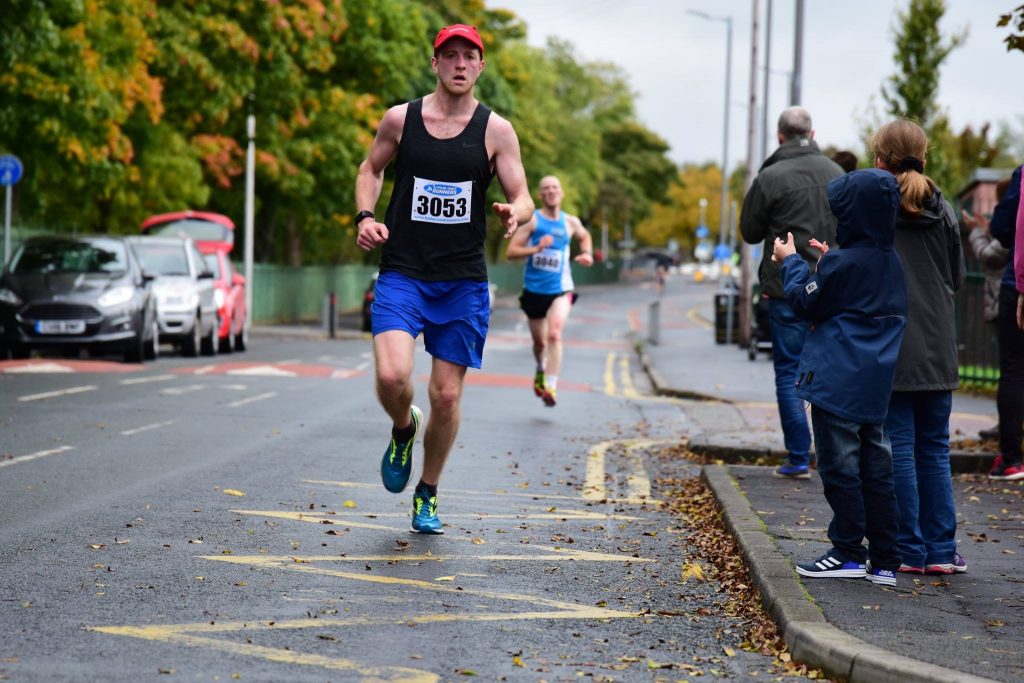 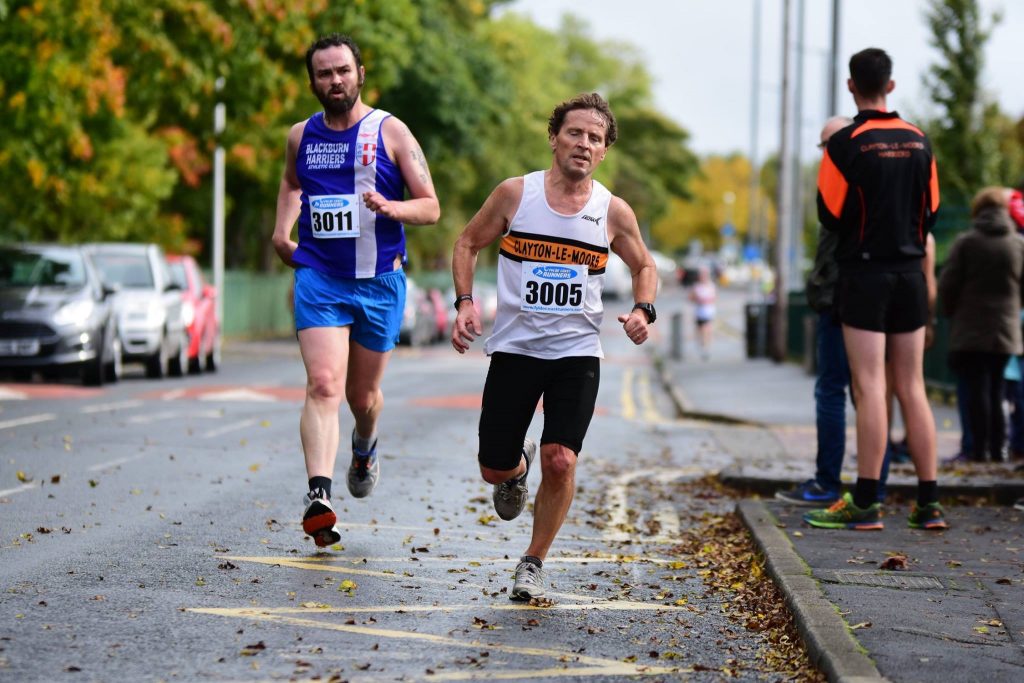 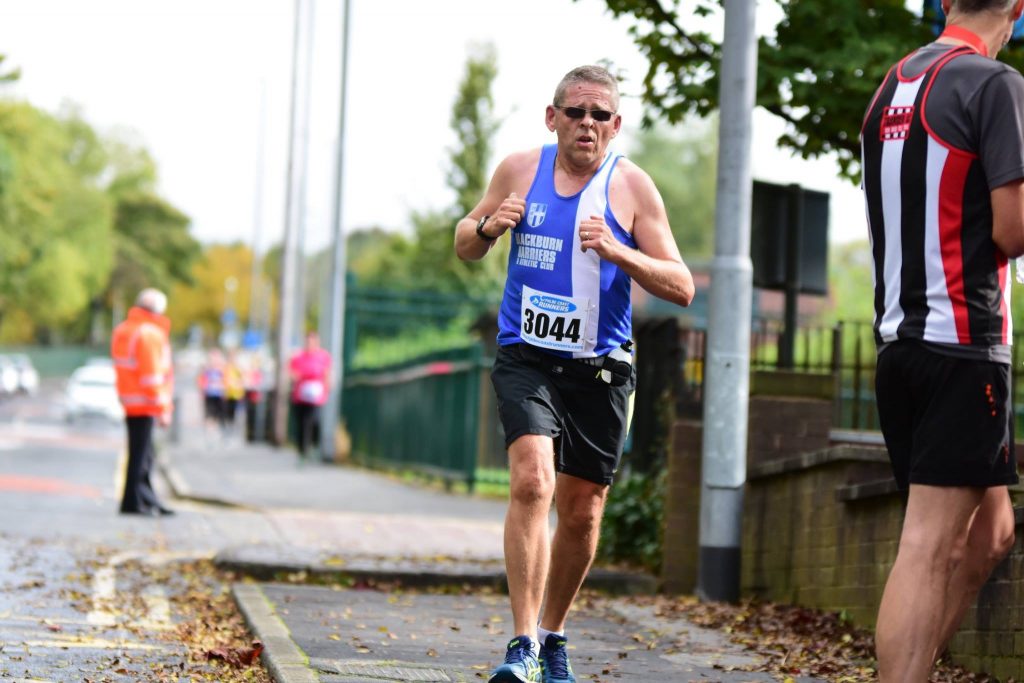 Brian Fogarty is building up to the World Ironman Championships in Hawaii and the latest race in his build up came at the Sundowner Triathlon on September 16th which featured three hundred and eighty finishers in pretty warm conditions. Brian finished 2nd overall and 1st in his age category (30-34yrs) in a time of 4hrs.00.08 just twenty seven seconds behind the winner.The Race combines a 1900m Swim, 56 mile Bike Ride and a 21k run. Richard Fogarty had a very good race too finishing 7th in his age category (35-39) and 58th overall with a combined total time of 4hrs 54.55.
Sundowner Triathlon Results

After the Race Brian spoke to the Club saying that “this race was always planned to be a tough training day to prepare for Kona in 4 weeks time. Without any sort of taper i was still looking for a solid performance. Stupidly i managed to forget my wetsuit which meant i had to borrow one which was to small, i struggled to breath so it made it one of my poorest swims for a long time. I managed to make up lost time on the bike and take the lead with the fastest bike split of the day. I ran well my best 1/2 ironman run to date but unfortunately got caught by a better athlete on the day. Taking everything into account i had to be happy with the day. My brother and fellow Blackburn Harrier also competed and did very well”. 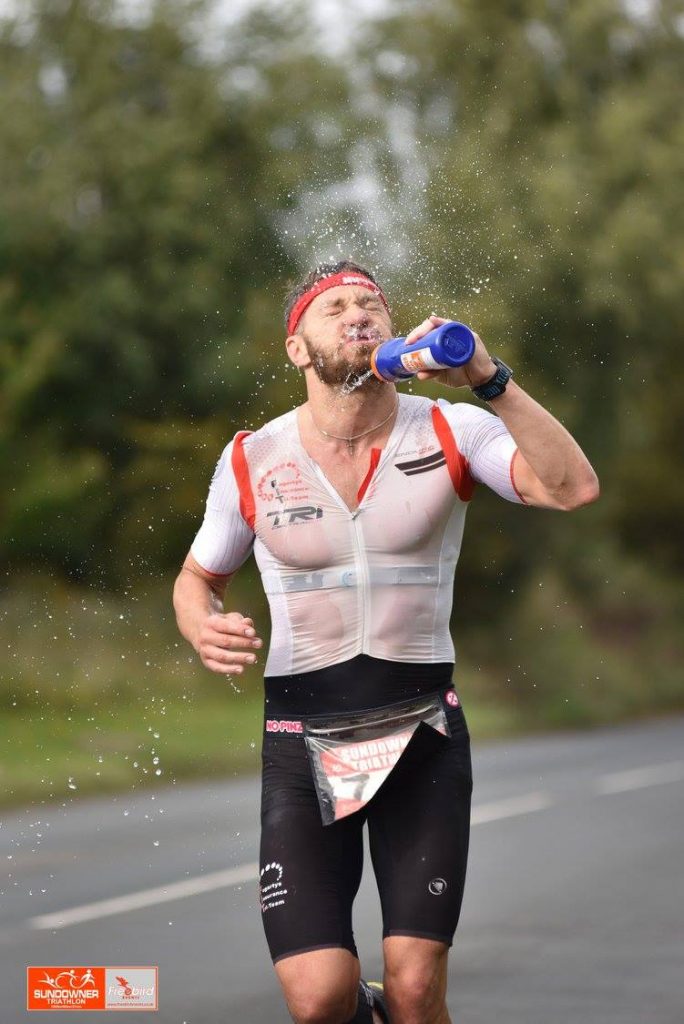 Derek and Carol Reilly were out at the Pilling 10k last weekend which saw Derek finishing 5th overall and taking the V45 1st prize in a time of 36.57. Carol went and emulated that by also winning the Women’s V45 category coming home in 40th place and clocking a time of 46.07. (Pilling 10k Results). 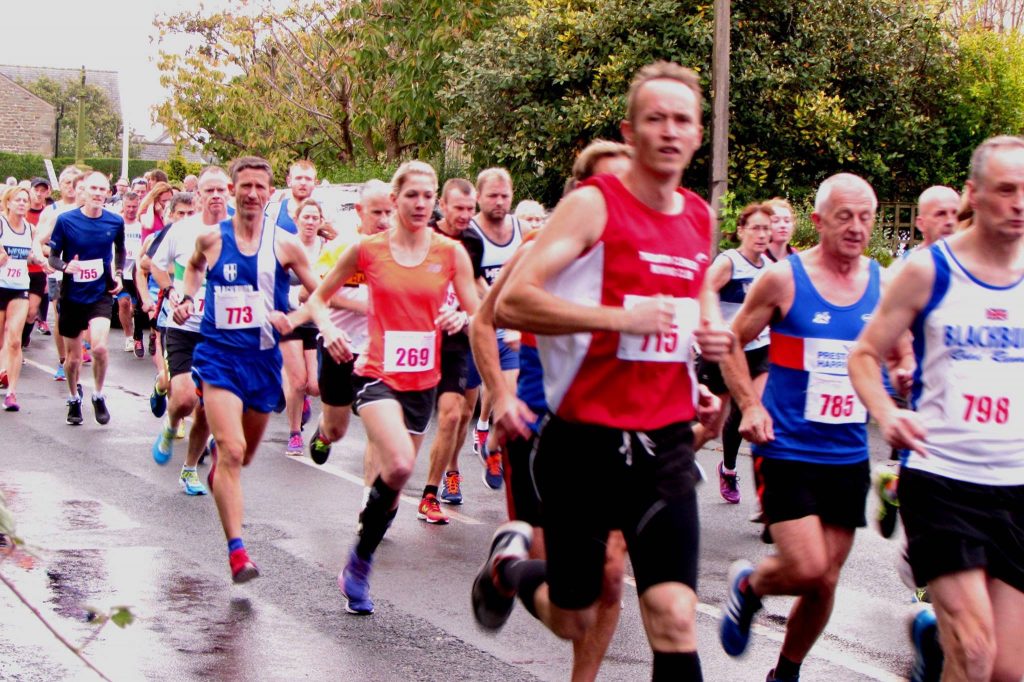 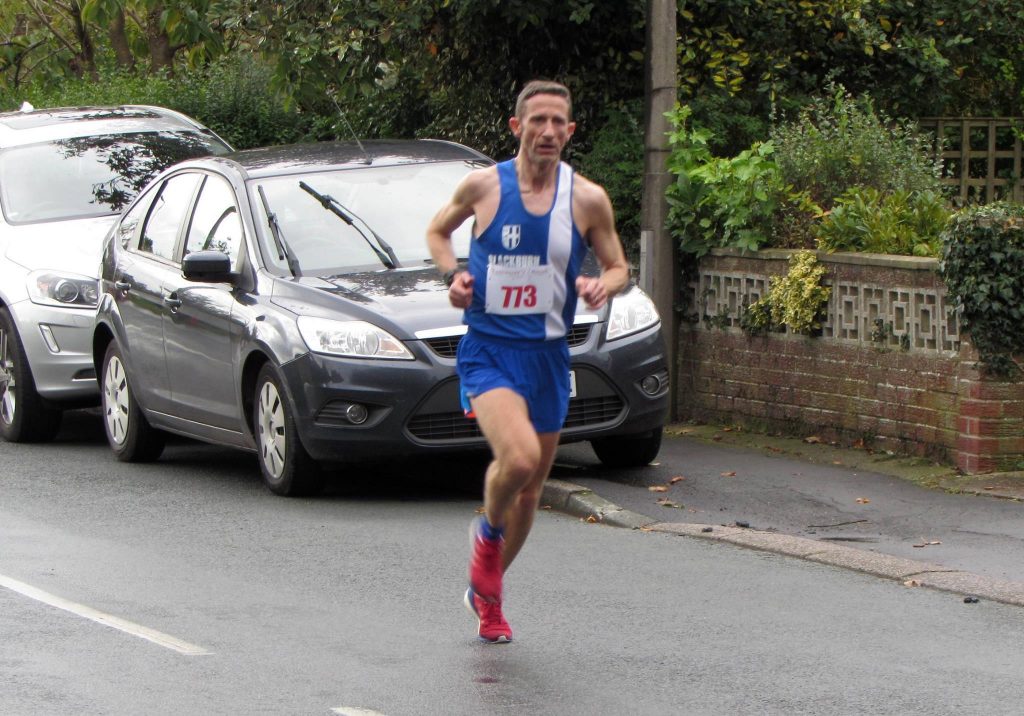 In the 5k Race U15 Amy Davies came home in 17th place with a time of 22.21 and was also 1st Female whilst Lindsay Davies also took a prize in winning the V45 Category in 44th place overall clocking 24.08. 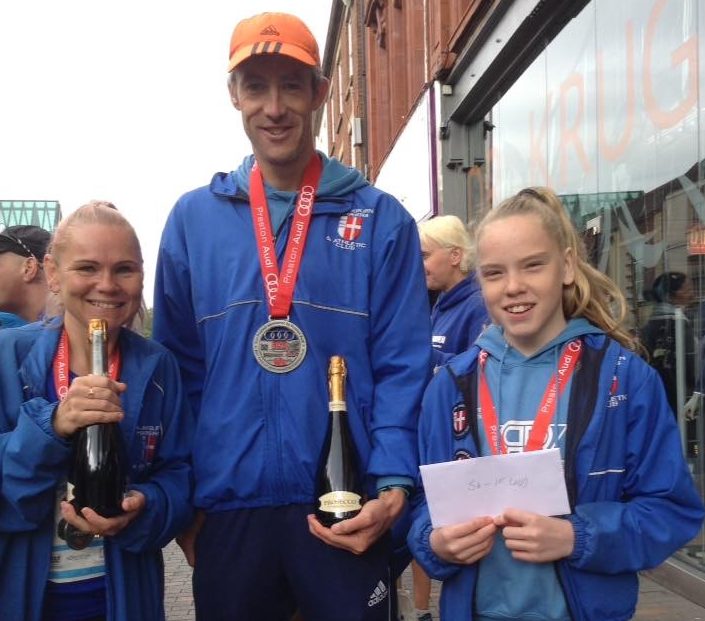 Tony Balko was competing in his final fixture of the 2017 season and finished off in good style with V50 wins in the Hammer; Shot; Discus and Javelin. Afterwards Tony spoke to the Club telling us that he had a “Decent Hammer 35.94m (1), good Shot 10.32m (1 – New PB), Decent Javelin 31.34m (1) and a below par Discus 31.77m. That really is it for the 2017 season. Time to get into the gym and get fitter, faster and stronger to hopefully come out in the 2018 season in better competitive shape”. 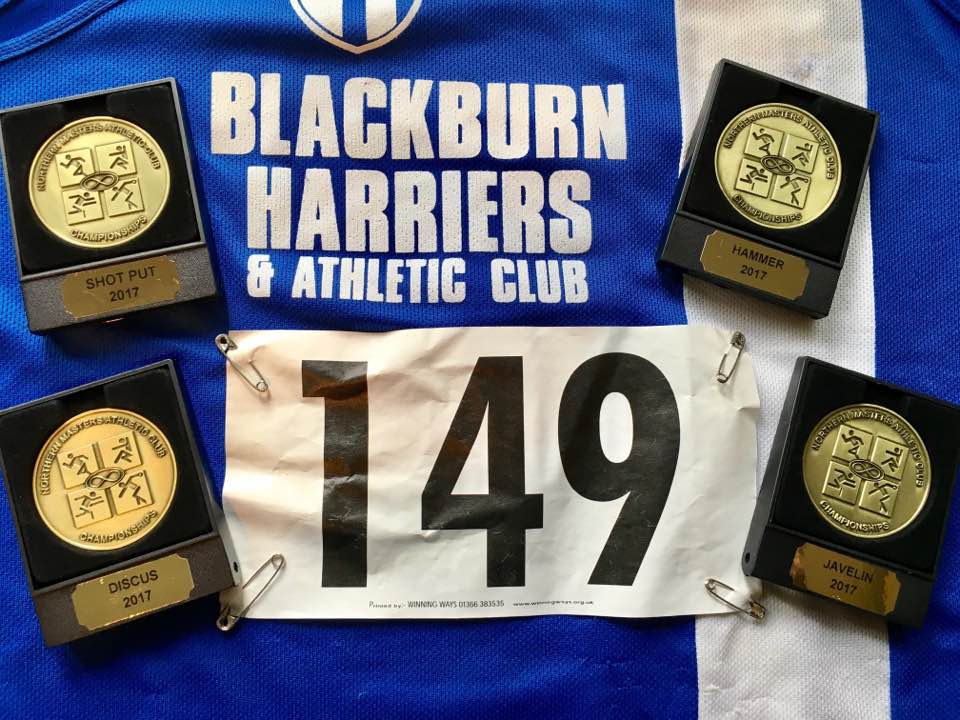 Chris Davies took on his last Track Race of the season in the 3000m among a field of twenty one veteran athletes. Chris was a comfortable winner and commented to the Club “I won today at the Northern Masters at Bury. My time was 9:35. I won easily, I was out in front on my own from the off. Having raced yesterday I can’t grumble with the time. It’s been a solid weekend of racing”. 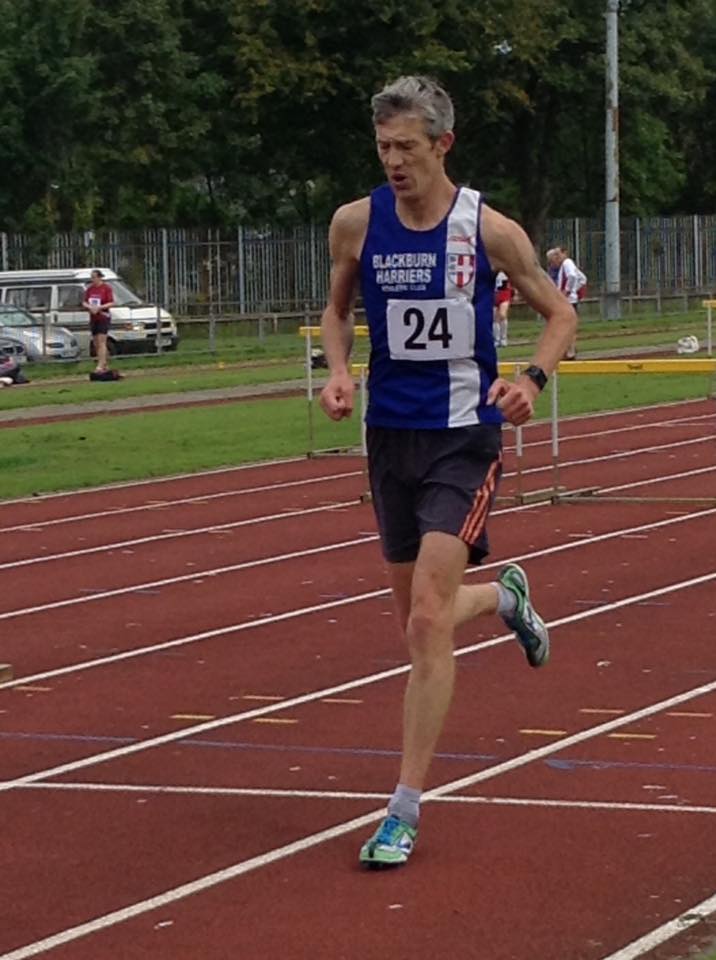 U15 Harry Wilkin ran in the Ron Hill 79th Birthday 5k in Rochdale and did really well in finishing 8th overall out of a field of one hundred and twenty four and was 1st Junior on the night too, posting a time of 20.37. Harry’s dad – V50 Mark Wilkin – also ran the race coming in 39th with a time of 24.53. (Ron Hill Rochdale 5k Results) 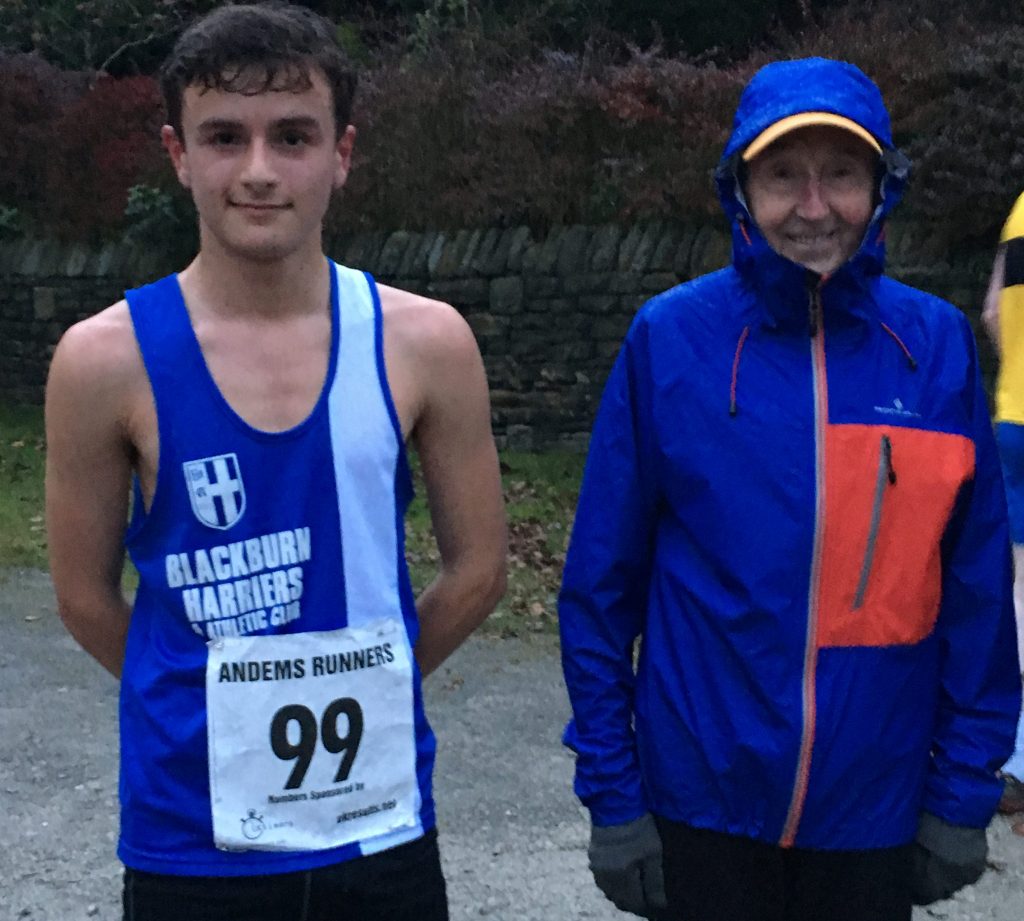 The English Schools Fell Championships held at Settle on September 24th saw a number of Blackburn Harriers competing. In the U13 Race of one hundred and three Boys and Girls – won by William Hall in 12.52 – Dexta Thompson finished fourth overall in a time of 13.18 after a real battle with the third place (13.15) and second place (13.11). In the same Race Eva Knowles placed 67th in 18.50 with Alexander Galiatsatos in 96th position (21.17). The U15 race saw one hundred and seventy five boys and girls competing and there was an excellent performance by Jackson McKay (competes for Blackburn Harriers on the Track) in finishing 5th overall with a time of 18.48. Also having good runs were Kyle Taylor-Pomfret in 66th (23.00) and Hollie Cubbon placing 89th in a time of 24.04. Ninety five runners in the mixed race for U17’s which saw Harry Wilkin having a pretty solid run in 47th place (32.39). 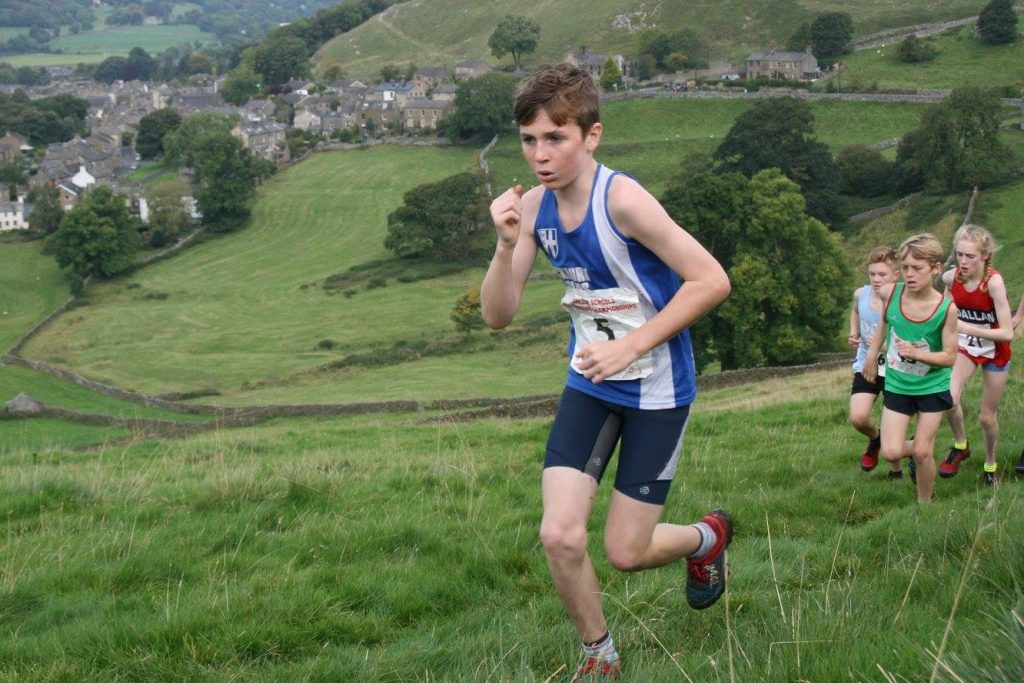 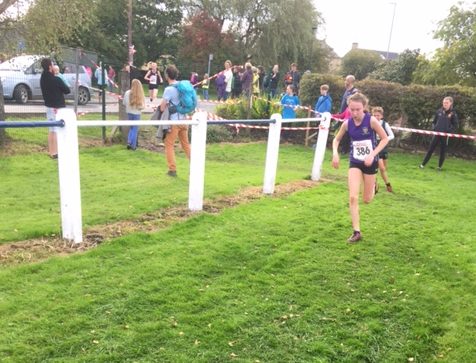 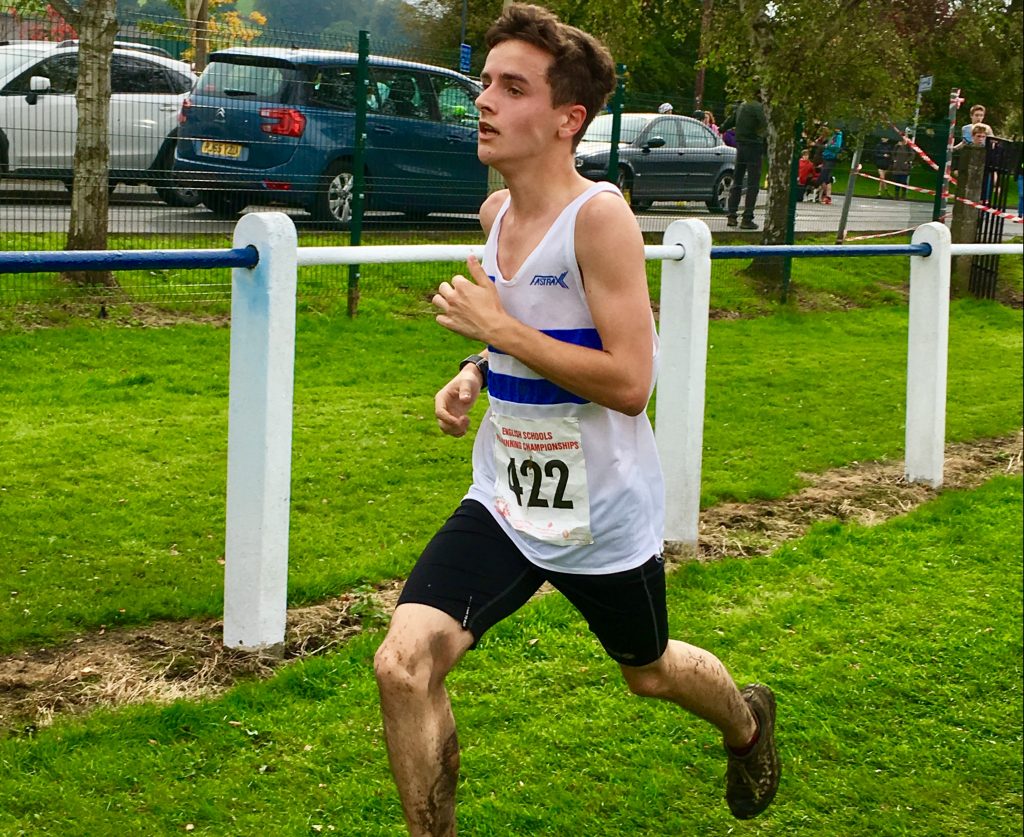