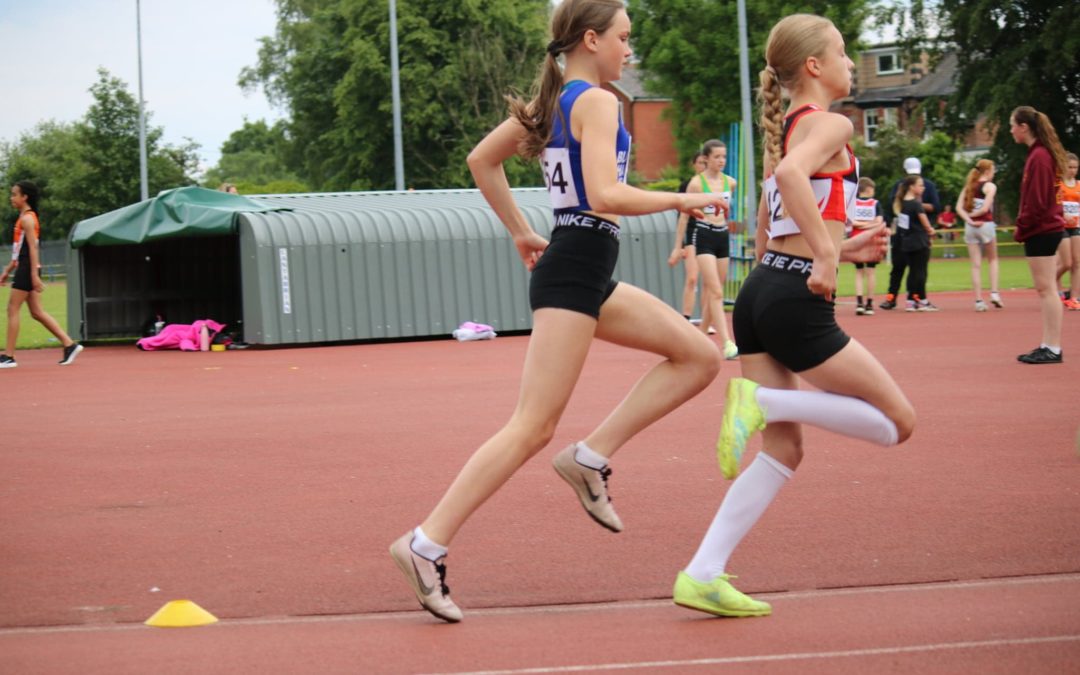 At the Open Meeting held at Trafford on Thursday June 2nd, bottom of age Tamzin Osborne ran in one of the 800m Heats. Going into the race with a personal best of 2.57.59 she comprehensively bettered that knocking close to 7 seconds off her time to set a new PB of 2.50.86 in 2nd place. Tamzin has recently taken up Pole Vault training and at her first ever compettion, cleared 1.90m in the UKYDL Match on May 21st proving yet again the old adage that youngsters coming into athletics should try a number of events in these early years and avoid specialisation to see how much they enjoy them and what they are best suited at. 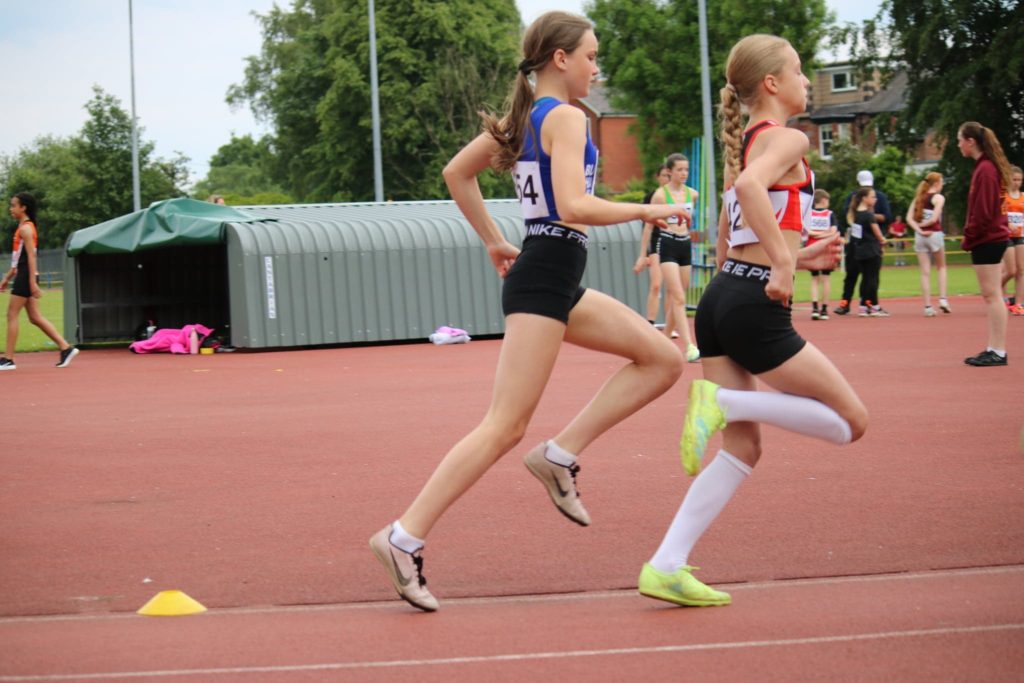 Worth noting here that George – still running at 70 yrs of age – has run 2.26 for a Marathon, 67.00 minutes for the half-marathon and 30 minutes for the 10k in his time. Also worth noting is that parents of the Junior Race Winner – Gail and John Aspey both ran on the night, with Gail’s run being described by George Woodburn as “the run of the night” finishing with a time of 36.14 in 84th spot with John coming home in 65th with a time of 31.12. In the Junior Race Sam Aspey won for the second time – after winning the first race in the Series in 4.44, he knocked five seconds off that time to win in 4.39. 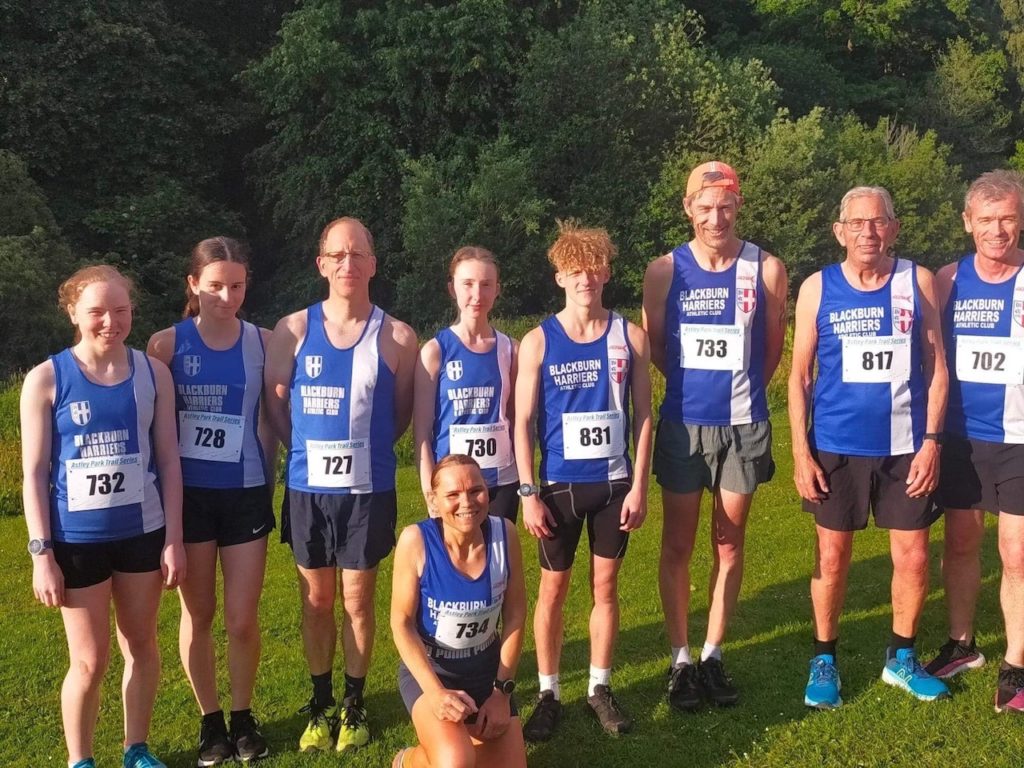 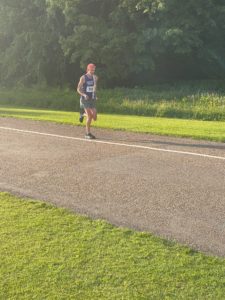 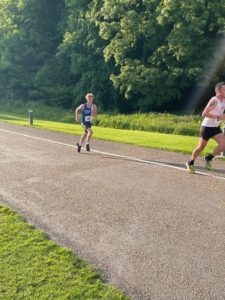 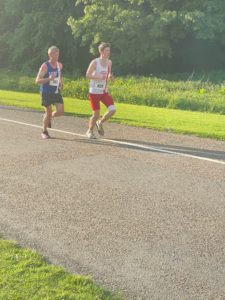 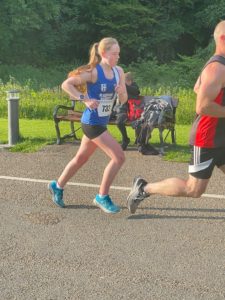 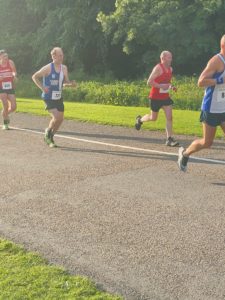 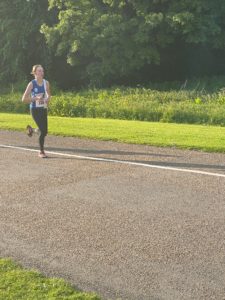 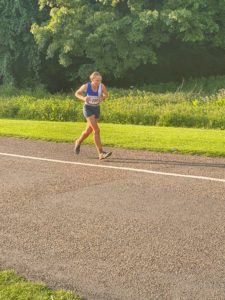 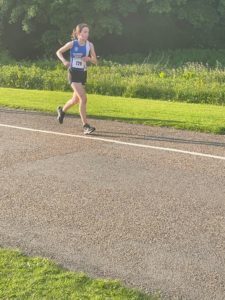 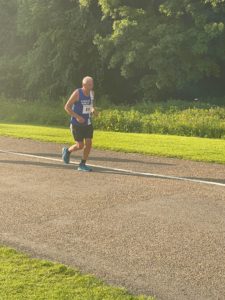 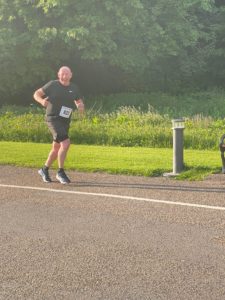 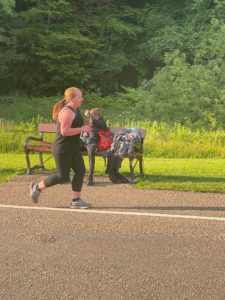 Seven Blackburn Harriers took part in this local 5k race featuring seventy four runners won by Joe Beech in a pretty swift time of 15.18 with Salford’s Andy Benson in 2nd place (15.32). Joe Bridge was the first Blackburn Harriers across the finishing line in 3rd position running 16.29 with V50 Nick Gaskell just one seond further back in 4th in 16.30 and V45 Chris Davies in 6th running 16.38. V65 John Chaplin came home in 20th place in a time of 19.24 which puts him in at No 8 in the National Rankings. Ellen Sagar-Hesketh then came in 24th running 19.43 followed by V45 John Cookson in 32nd spot 20.56 and V45 Lindsay Davies in 42nd position with a time of 22.20. 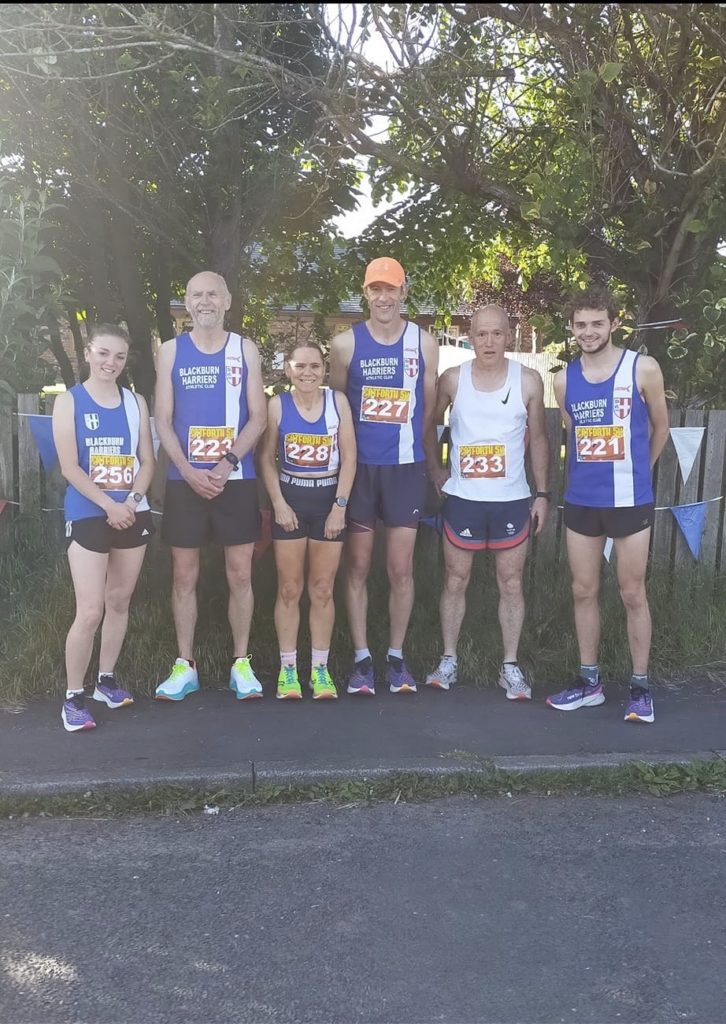 Danny Teare was out on the Fells again after taking on the Pendle Cloughs Fell Race two weeks previously on May 7th covering 14 miles and over 4000ft of climbing – this time at Lower Borrowdale Skyline on May 21st with over 12miles of running and 3200 ft of ascent. Two hundred and forty runners completed the race – the winner Brennan Townshend clocking 1 hr 37.48 with Danny finishing in 216th spot in a time of 2hr 54.40. After the Race, Danny shared his thoughts with the Club saying “Having almost recovered from Pendle Cloughs fell race on 7th May (14 miles), it was good to make a start on the bucket list Lake District races on 21st May – Lower Borrowdale Skyline – 12 miles and lumpy. Good weather for one of the English Champs races, great scenery and a field that saw me as one of the sweepers early on!  Made it back in 2.54, comfortably  in time for the presentation,  so that was a success marker for me. Good Manx Fell Runners squad out and plenty of familiar faces from the Fell clubs. Time for a rest! “