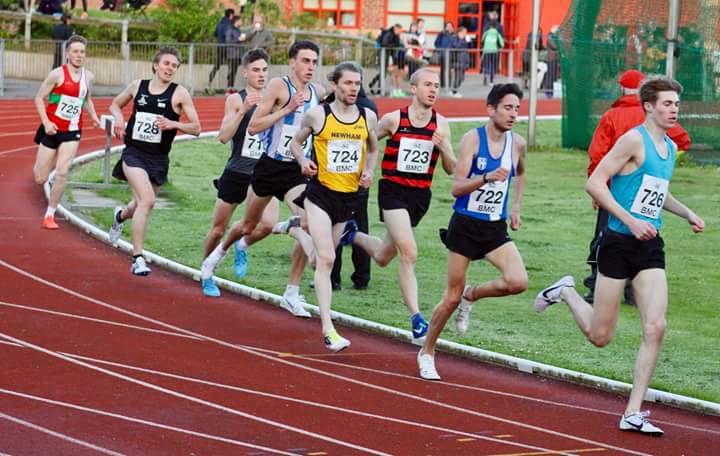 Rob Warner is into this years Track season in pretty good early form. On April 4th he ran a 3000m at Watford to finish 3rd in 8.35.91, then won a 3000m at Loughborough on April 28th in a time ten seconds quicker (8.25.78) and followed that up with his first appearance over 1500m at the Watford BMC on May 2nd. Rob set new personal best at all distances from 800m through to 10000m on the track last year, finishing with a 1500m PB of 3.49.12. Wednesday saw Rob finish 3rd in the Watford BMC meeting in a time of 3.52.40 which is some three seconds faster than his opening 1500m in 2017 and a pointer to another lowering of personal bests this year too. Pleased with his seasons opening races, Rob spoke to the Club saying “very pleased with how the first few races have gone, in a much better place for the 1500 than this time last year so looking forward to see if I can get down under 3:47 this year!“ 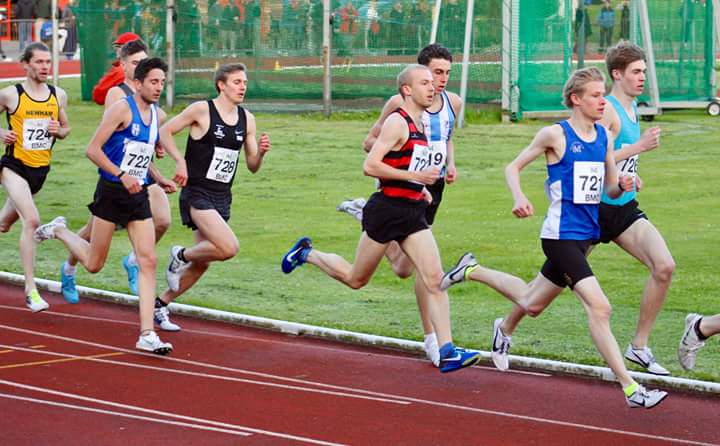 This was the last ever Anniversary Waltz and won by Sam Stead in a time of 1hr 40.04 – and was run in memory of Steve Cliff who was remembered on the Race Website “On January 11th 2018 Steve lost his couragous battle with MND. Steve was an amazing husband, father, grandfather, friend and colleague and one of the nicest people you could ever wish to meet. His drive and passion to support the MND Association in trying to wipe out this dreadful disease was second to none. Since his diagnosis in 2015 Steve has been instrumental in raising an incredable £775,000.00 through his own individual challenge events and with his colleagues at Credit Suisse.Steve’s lasting legacy is his detemination and defiance of this terrible disease and that one day we will have a world free from MND”.

Four Blackburn Harriers paid their own tribute to Steve Cliff and the Race by running – Steven Snape, Craig Greenough, John Orrell and Richard Taylor.  Steven crossed the finish line for the Harriers in 6th position overall with a time of 1hr 48.36 followed by Craig in a time of 2hr 22.15 (140th). V50 John Orrell finished in 337th place with a time of 2hr 52.15 with Richard Taylor in 3hr 16.53 (424th) who had his own personal and emotional reasons for running the race as he explained to the Club “The Anniversary Waltz was my first Lakeland Fell race 10 years ago. This year was my 4th time. It carries some of my best memories and is without doubt my favourite race and means a lot to my family. Jackie and I took part together for our Silver Wedding in 2013 and it was perhaps Beckie’s best race in 2012, when she won aged only 18. The race was set up in the 90s to celebrate the wedding of Steve and Wynn Cliff of Bowland Fell Runners. Unfortunately Steve passed away recently following a battle with Motor Neurone Disease diagnosed around two years ago. So this was to be the last running in his memory and hence the record turnout. I’d just like to say thank you to Wynn and Steve for providing my family and I, and a host of runners, with fantastic memories that we can treasure.” 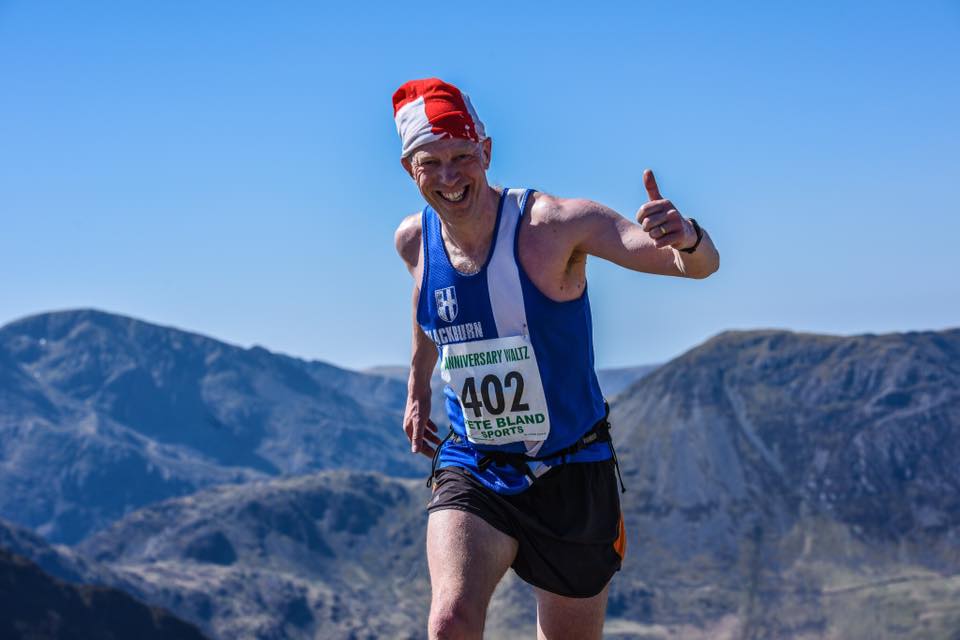 Seven Hundred and one completed the Race won by Tom Owens in a time of 2hr 49.08 from Murray Strain in 2nd (2hr 52.36 and Ricky Lightfoot in 3rd (2hr 53.48). Craig Greenough and Ian Clarkson ran the race for Blackburn Harriers which saw Craig who had run the Anniversary Waltz the week before, clock a time of 4hr 27.53 to come home in 352nd spot and Ian Clarkson in 621st crossing the finish line in 5hr 06.59. 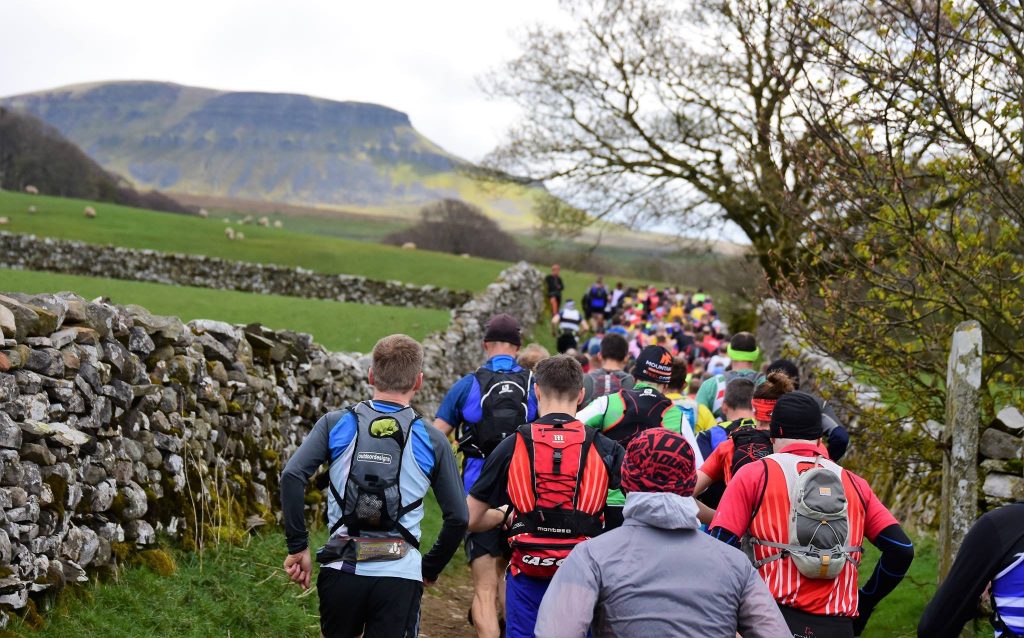 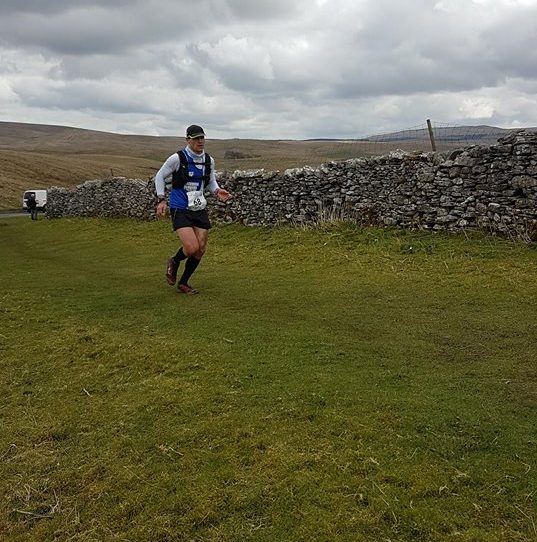 Onne hundred and thirty seven athletes ran in this race won by Salford’s Billy McCartney in a time of 16.50. Blackburn Harriers Carly Edwards..had a very good run finishing 27th overall, 4th Woman and in a good time of 20.35. Carly spoke to the Club after the Race telling us “I’ve recently upped my training and have been extending my longer runs with a view to taking part in a couple of target races later in the year. I’ve been running my longer runs at a decent pace and feel that in order to maintain speed it’s important to include a few mid week burnouts. I think I’m more of a distance runner but I’m hoping by keeping my quality sessions along with a few week mid races that I will improve my times in all distances. I’m currently averaging at around 40-50 miles per week with around 3 decent sessions and my longer run being as close to target pace as possible. It’s all about building confidence”. 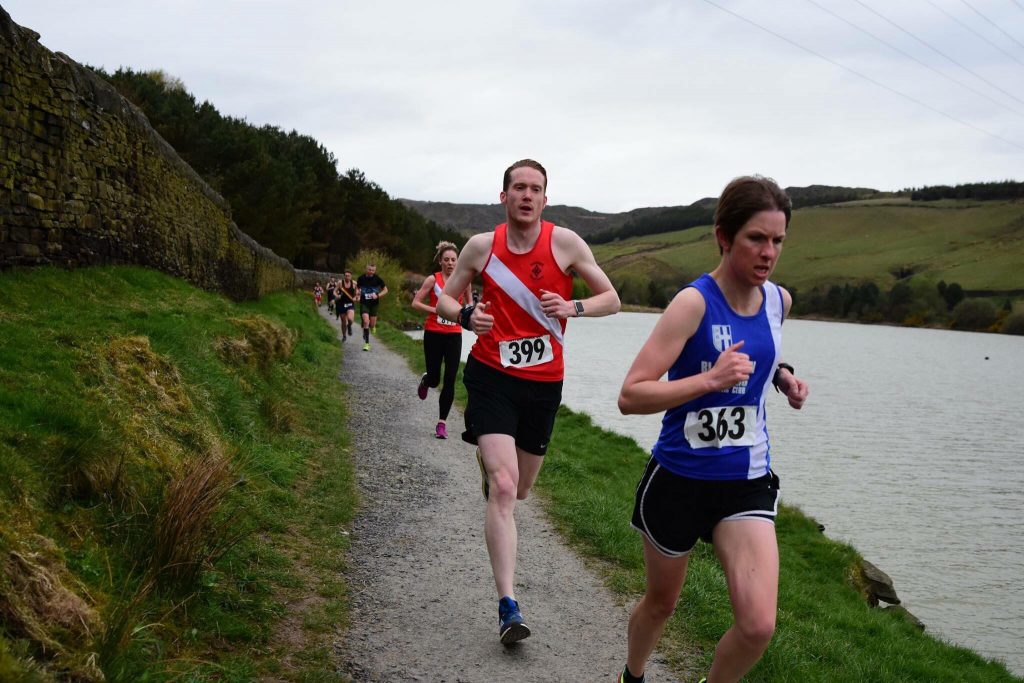