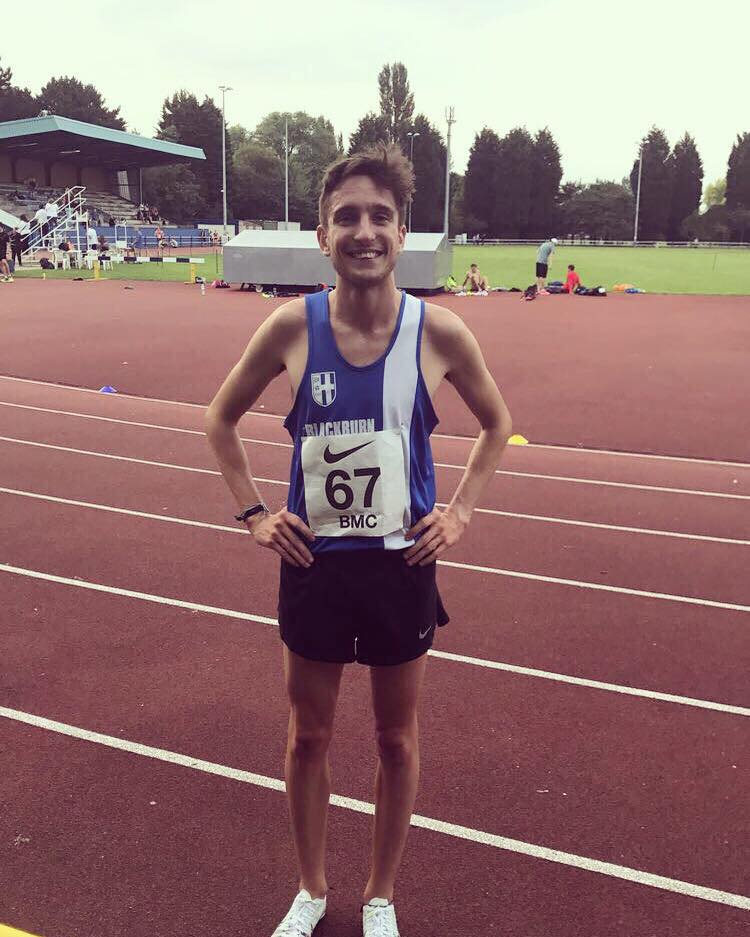 In just over two weeks Rob Warner has run two BMC Gold Standard and one BMC Grand Prix 1500m Races, getting faster at each one, earning him a hat-trick of successive PB’s. On July 8th Rob ran 3.51.34 for a then new personal best by two seconds – four days later he set another new PB running 3.51.25 and in his latest Race – BMC Gold Standard – at Stretford (July 25th) Rob broke through the 3.50 barrier coming home 8th in a time of 3.49.12.

A very happy athlete, Rob spoke to the Club immediately after the Race telling us that he “Still can’t quite believe I managed to get under 3:50! It’s been a target for nearly 3 years now and this year is the first time it actually became a realistic one! I was very nervous before the race as it was a pretty stacked field and I knew I was going to need to PB or run close to it just to avoid coming last! I started off quite steadily towards the back and went through 800 in around 2:03 – at this point I thought it was going to be difficult to get sub 3:50. On the 3rd lap I’ve really worked hard on pushing on as this has traditionally been a place where I lose a lot of time in the past, however I managed move up a few places and went through the bell in 2:49/50. So I knew I needed a big last lap! I pushed on and focused on running smooth and trying to keep increasing my pace for each 100m to finish as fast as I can. Coming into 150m to go I was on the shoulder of Ben Connor and with 100 i really thought I was going to just nip ahead of him which would have been a great head-to-head to have! Unfortunately he just managed to hold me off – until the next one! Overall I’m absolutely over the moon, really happy to be back enjoying racing over 1500m again and really looking forward to see if I can take anymore off until the end of the season!“

The current Club Record of 3.44.14 was set by Jason Lobo in July 1993 and who would bet against Rob seriously challenging that over the next couple of track seasons.

Last weekend Carmen Byrne won a 10k Trail Race over in York and four days later she was on it again, this time winning the Northern Vets 5000m. Carmen speaking to the Club commented on her latest success  “My second race in four days was planned to help get me a bit race sharper so was pleased to run consistent laps. Hopefully I can build on this and keep getting some speed back over the next few months”

(Results – Not Yet Available). 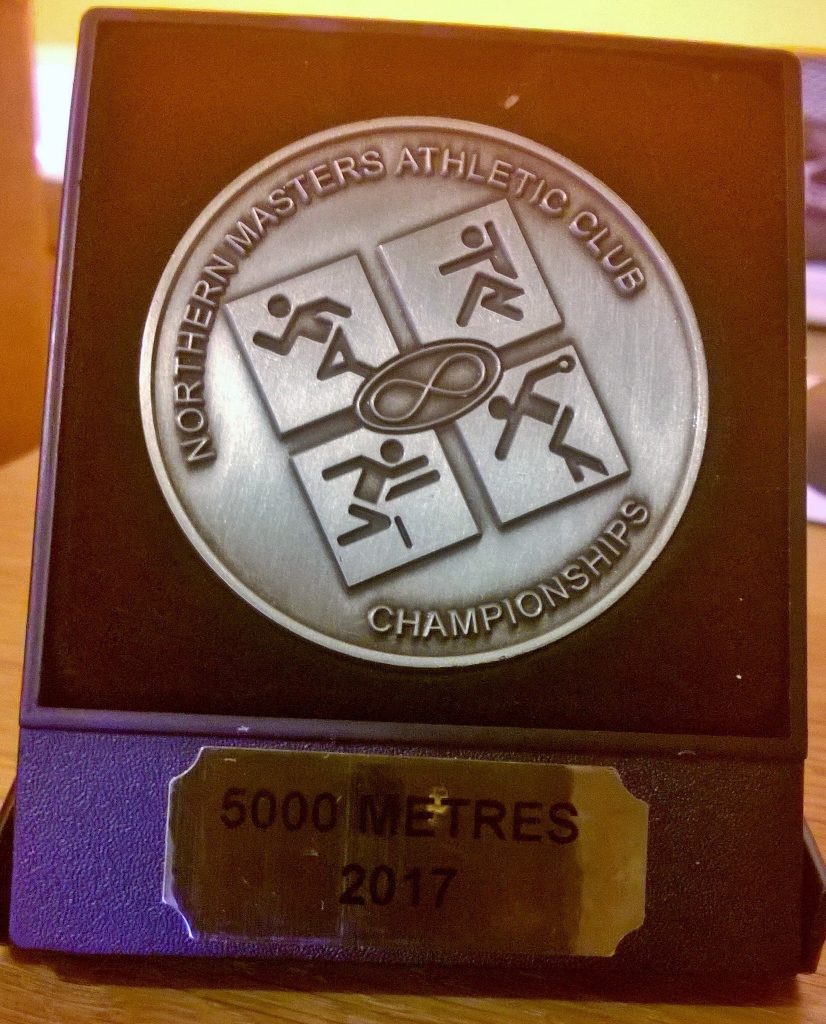 One hundred and eighty finishers in this local 5k Race won by James Hall in 15.44. Blackburn Harriers had three athletes in the top ten finishers – Shaun Livesey being the first of them in 6th place overall and 2nd V40 (17.07), followed by Ben Costello in 7th just three seconds behind in 17.10 and Derek Reilly in 10th with a time of 17.29 which was good packing by the lads. 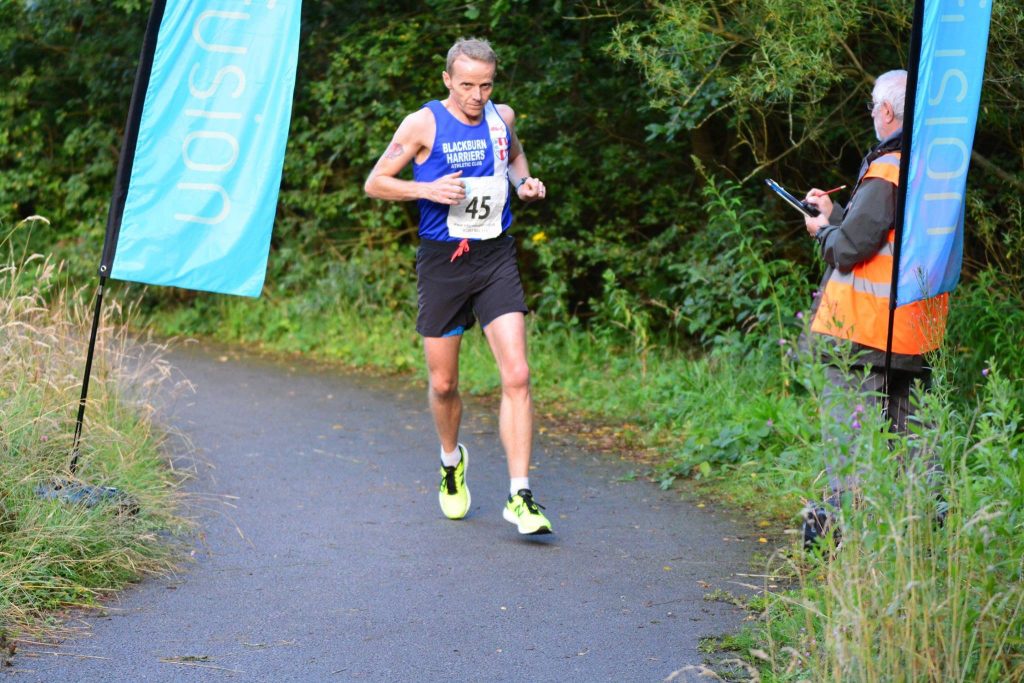 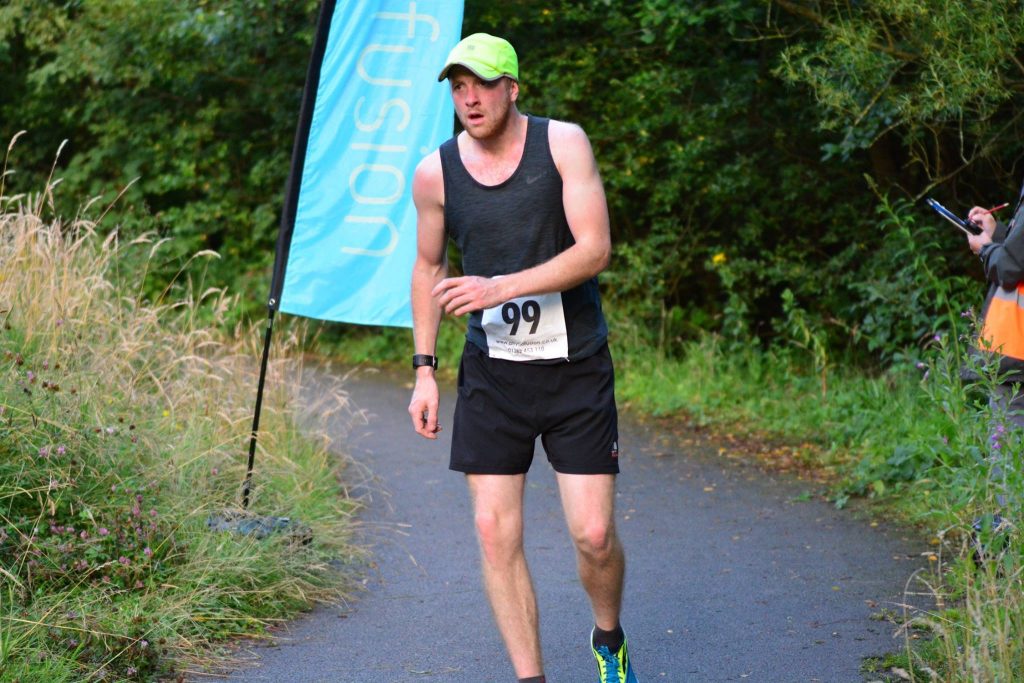 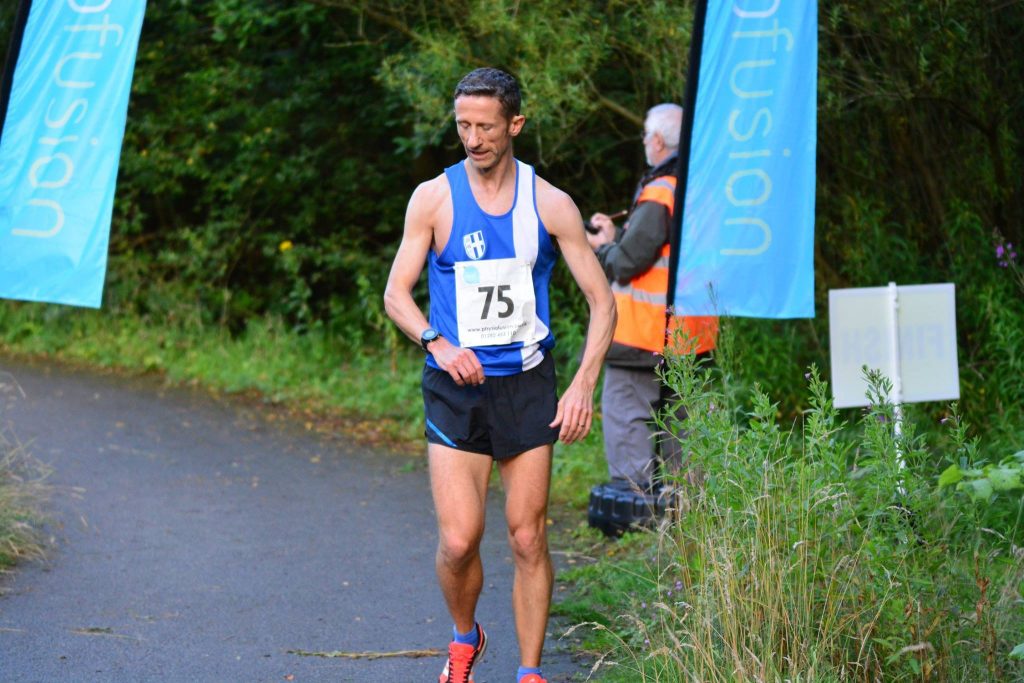 In the Junior U7/U9 Race Felix Thompson had a cracking run finishing 2nd out of the twenty three strong field in a time of 4.01, just four seconds behind the winner Callum Singleton. Brother Dexta Thompson just keeps on winning even though at this, his latest race, he was troubled with a dodgy stomach. Dexta won in a time of 6.44 to hold of Robbie Smedley in 2nd place. Kady Thompson ran in the same race to finish 5th girl out of 10 and 31st overall with a time of 9.05. 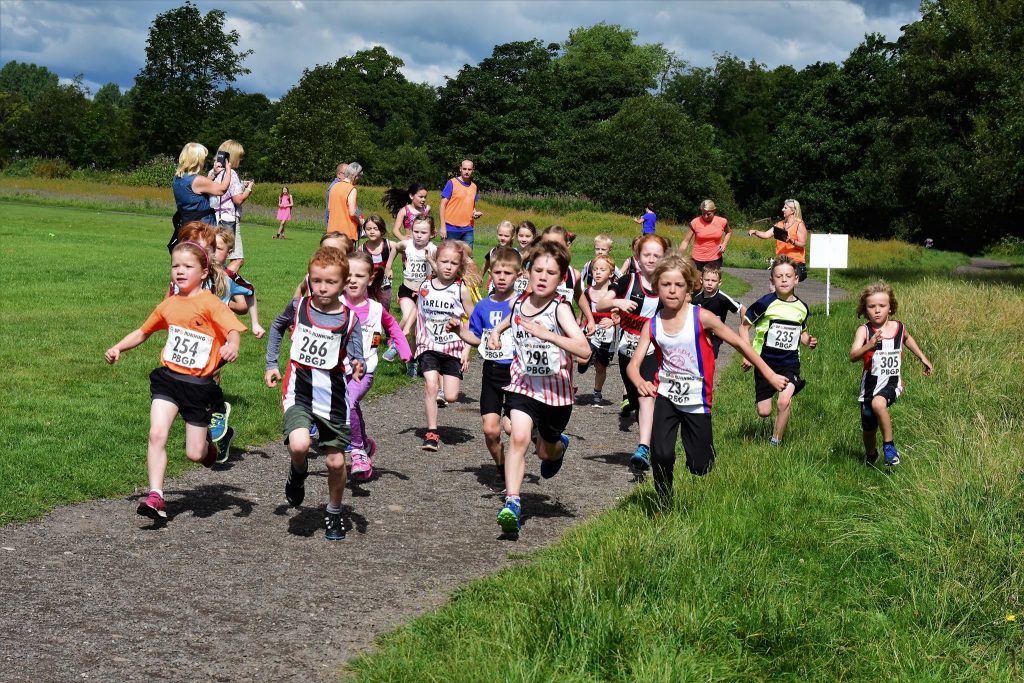 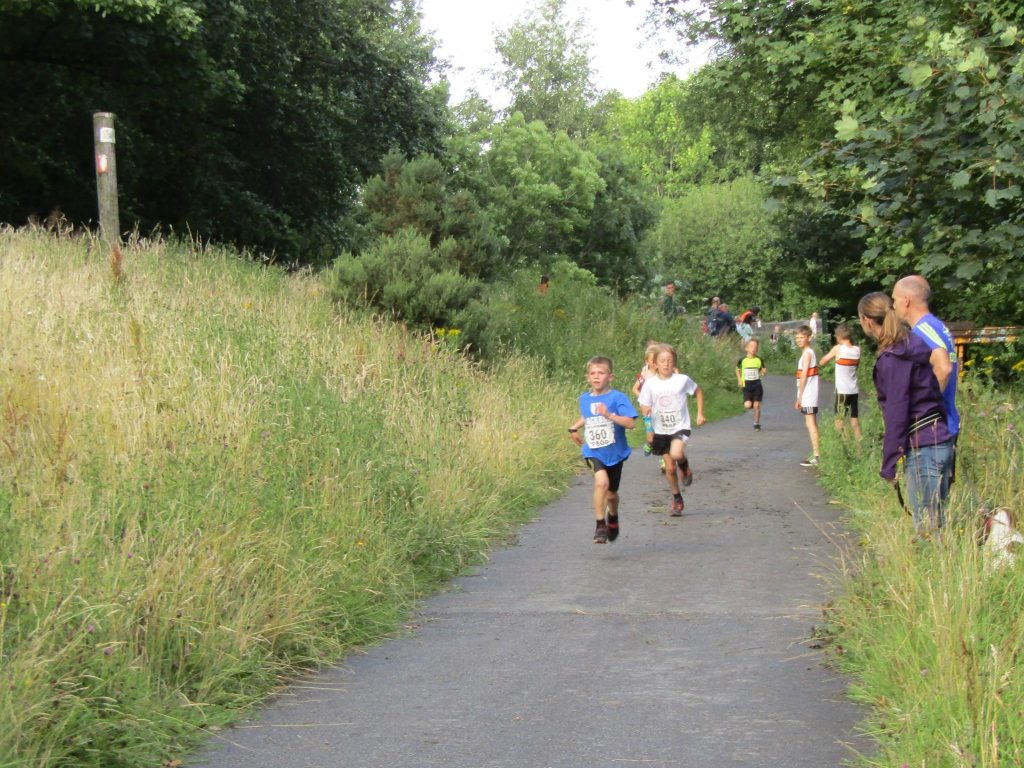 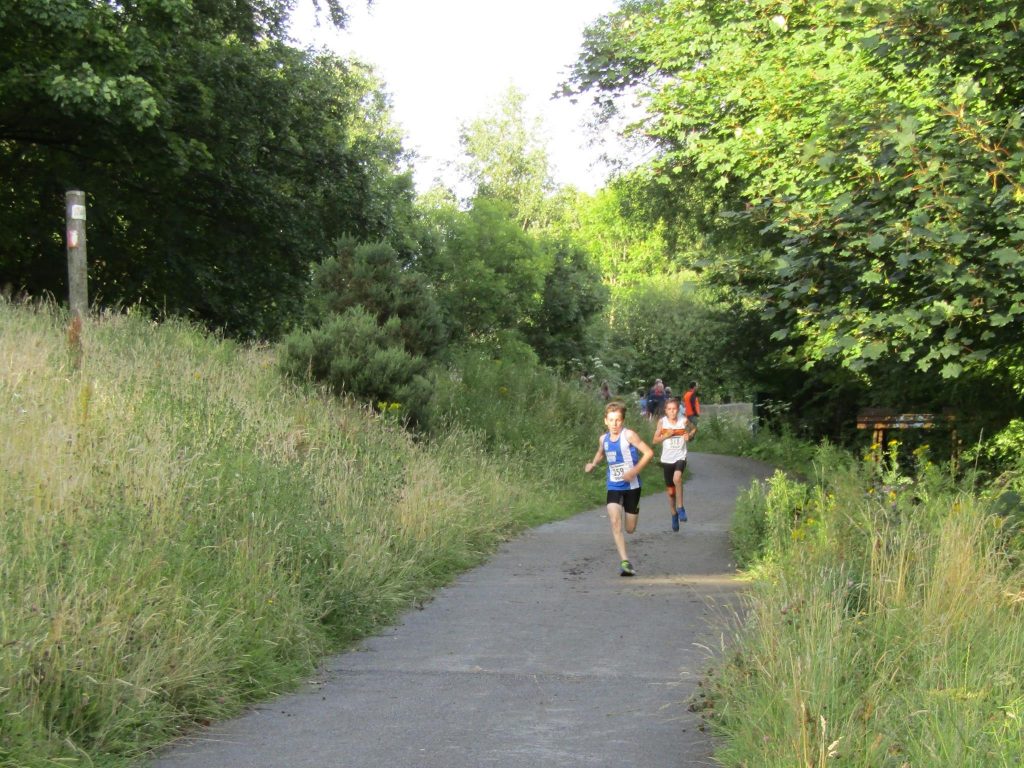 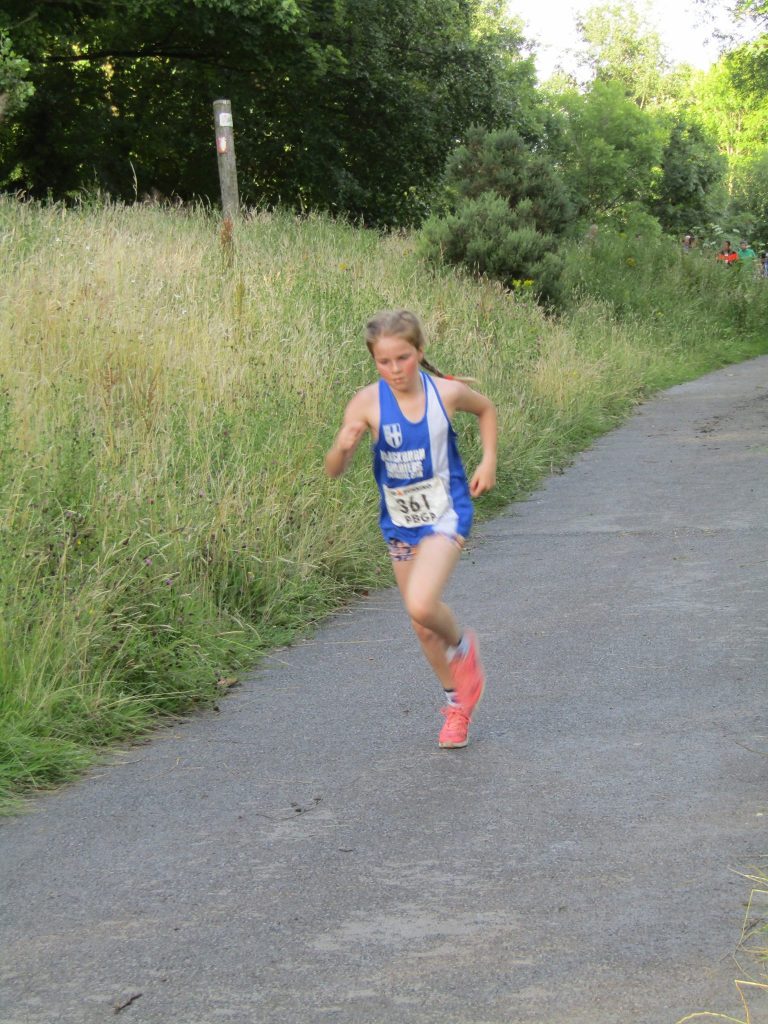 One day later and Dexta Thompson is at it again – this time winning the U12’s Bofra Race at Ambleside. Ninety runners lined up in the mixed race which he won in a time of 8.36 from Charlie Almond (Ambleside AC) in 2nd place. Kady Thompson came home with a time of 13.53 in the Race (76th). Rob Hope won the Senior Race featuring ninety six runners which saw V50 John Orrell finish in 78th spot (24.06). 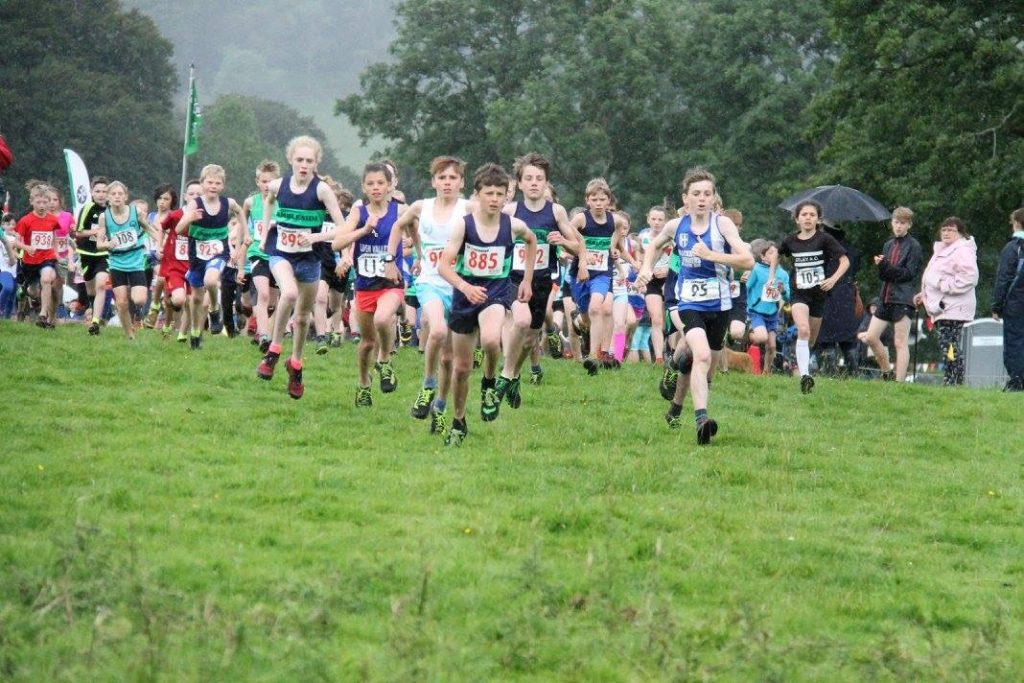 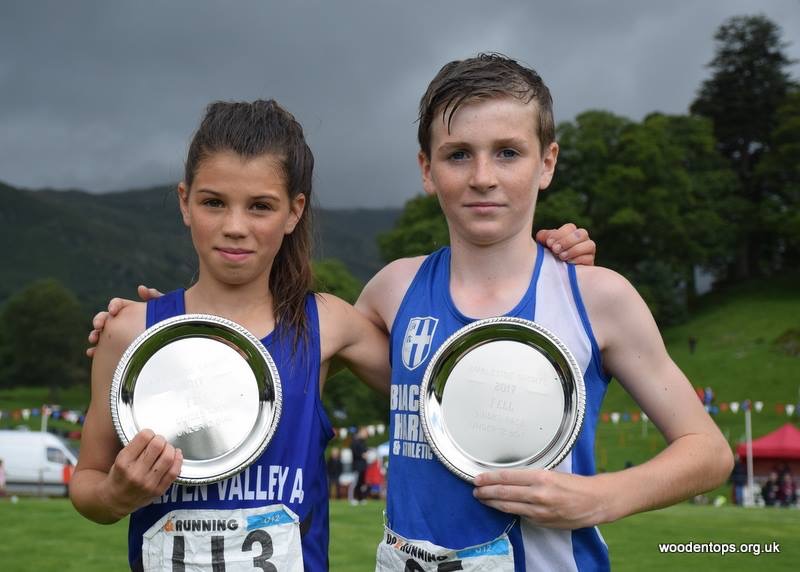 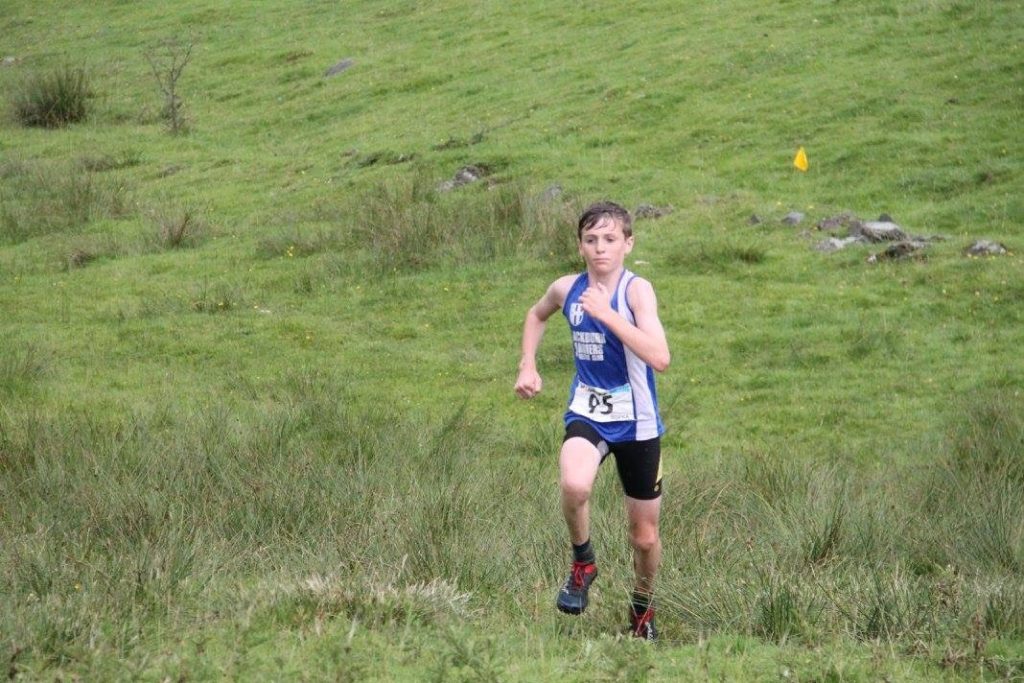 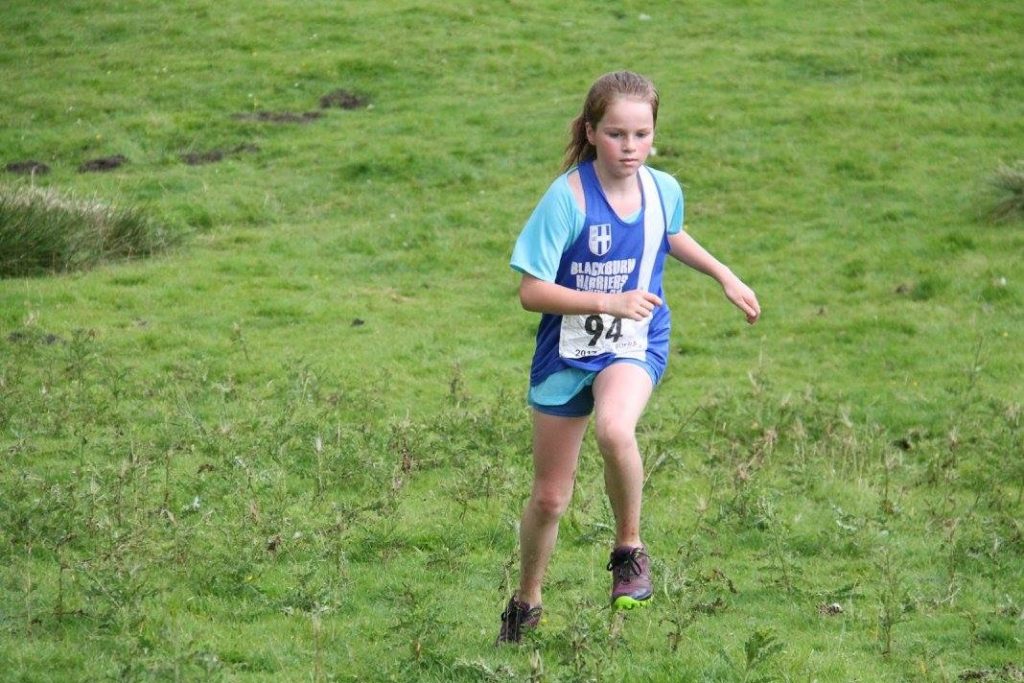 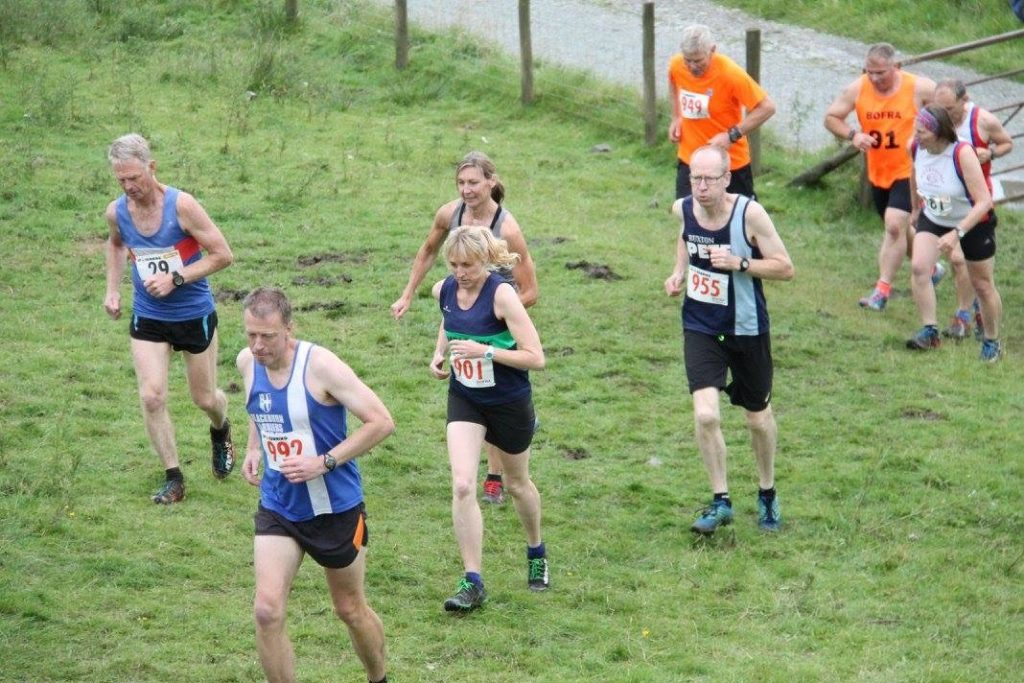 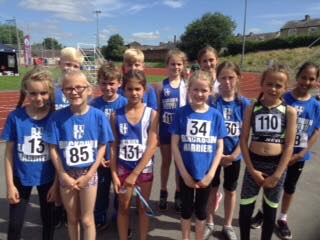 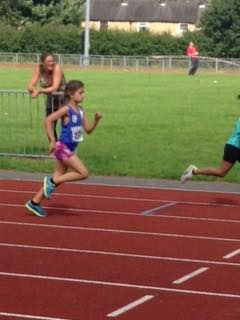 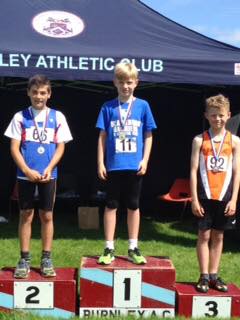 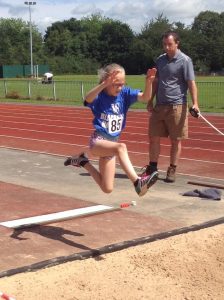 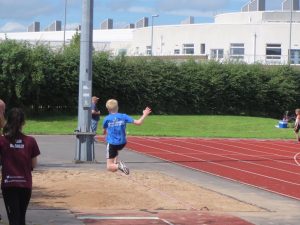 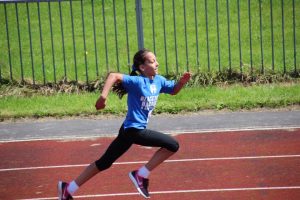 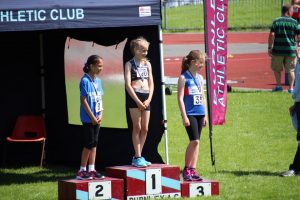 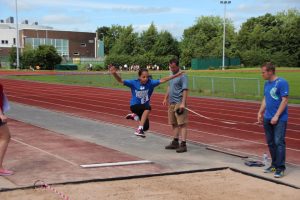 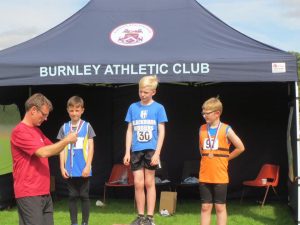 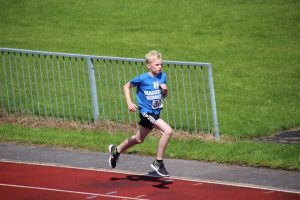 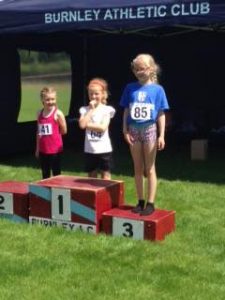 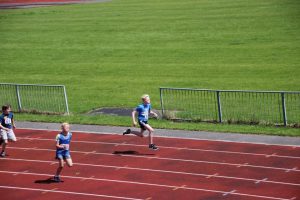