Rob Warner has had a brilliant season and finished it off with two wins in two very contrasting locations. On Wednesday September the 6th he lined up with twenty eight other athletes at the Watford Open Meeting 3000m. Going into the Race with a personal best of 8.28.77 he won this race in a new PB time of 8.24.48, some four seconds faster than his previous best set in August. Partner Jess Judd also ran in the same Race – the only woman to do so – setting a new personal best for herself (8.43.24).

A delighted Rob spoke to the Club after the Race telling us “I chose to end my track season at the Watford Open graded meet with a 3000m with the aim to run a PB and complete the set from 800m right through to 10,000m for the season! The pace was quite strong from the start with a 2:48 first km, i then had to take it on during the ‘difficult laps’ (laps 4 and5) and went through 2k in 5:38 so I knew a strong last km would get me a PB. I was finding it tough going coming into the last 500m and just wanted to hang onto the back of the two other guys, I managed to dig in and pull out a 29s last 200 to close down on the other two and kicked past over the last 100 to win and finish with a PB! Was really happy to end the track season here and sign off probably my best track season so far!” 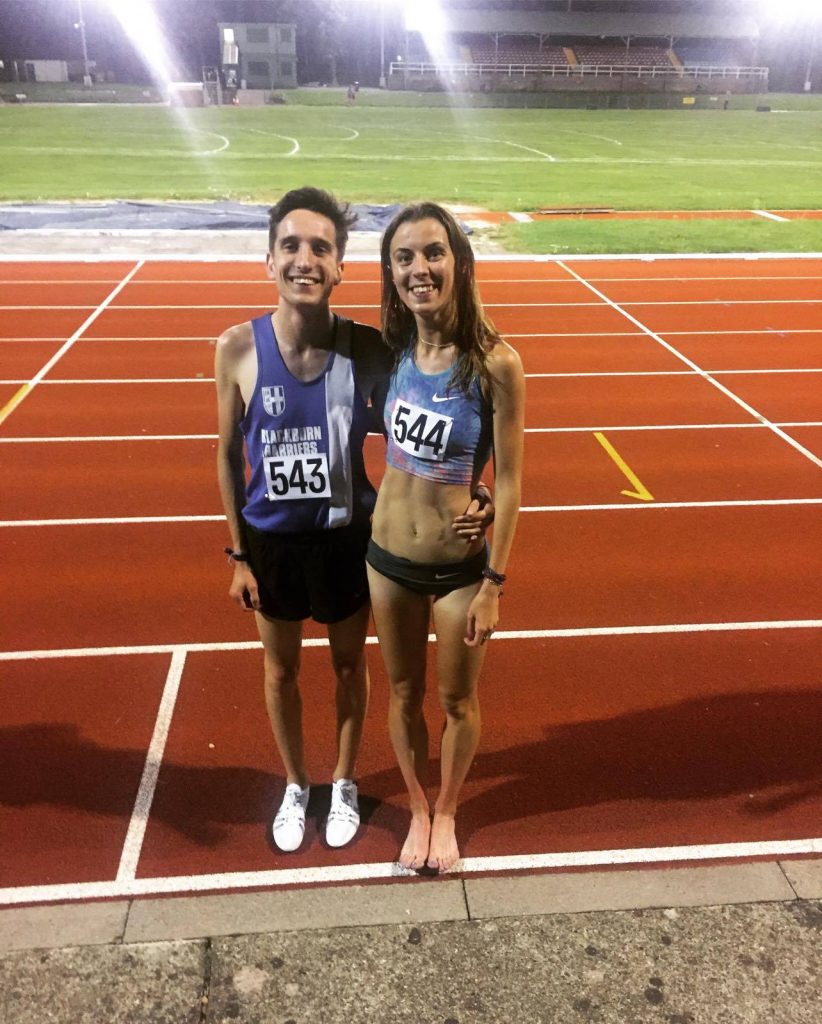 On to New York and the 5th Avenue Mile. Rob described entering this as “just a bit of fun as Jess got an invite to the Pro Race” and decided to enter the race as he was there anyway. Rob made it a second win in a week when he won the One Mile Open Race in a time of 4.16. Commenting after the Race Rob told us “My heat was scheduled for 8:20am so it was bit of shock to the system to run a flat out mile so early! I took the race on from the start and went through halfway in about 2:09, I felt really strong and in control through the whole mile and enjoyed the whole thing! Please to win the race and take the tape, I even got a post-race interview on a jumbotron which was a first for me! Ideally would have liked to run sub 4:10 but happy to make it 4 wins in a row at the end of the season, perhaps in more of a race I would have been able to push on towards 4:07ish but can’t complain with the win and was such an amazing experience to run such an iconic race!” Jess also had a great run in the Pro Race finishing 3rd in behind Laura Weightman and Jenny Simpson in a new PB time of 4.18.3. 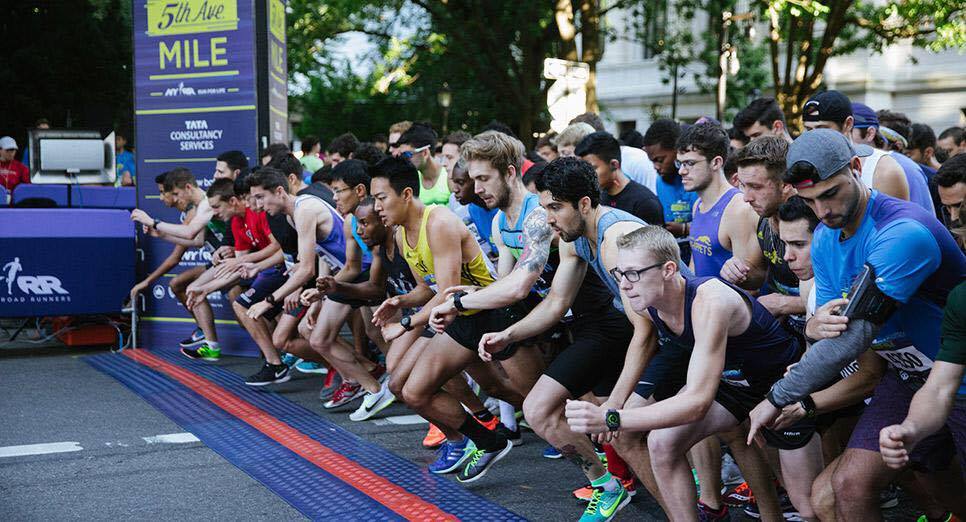 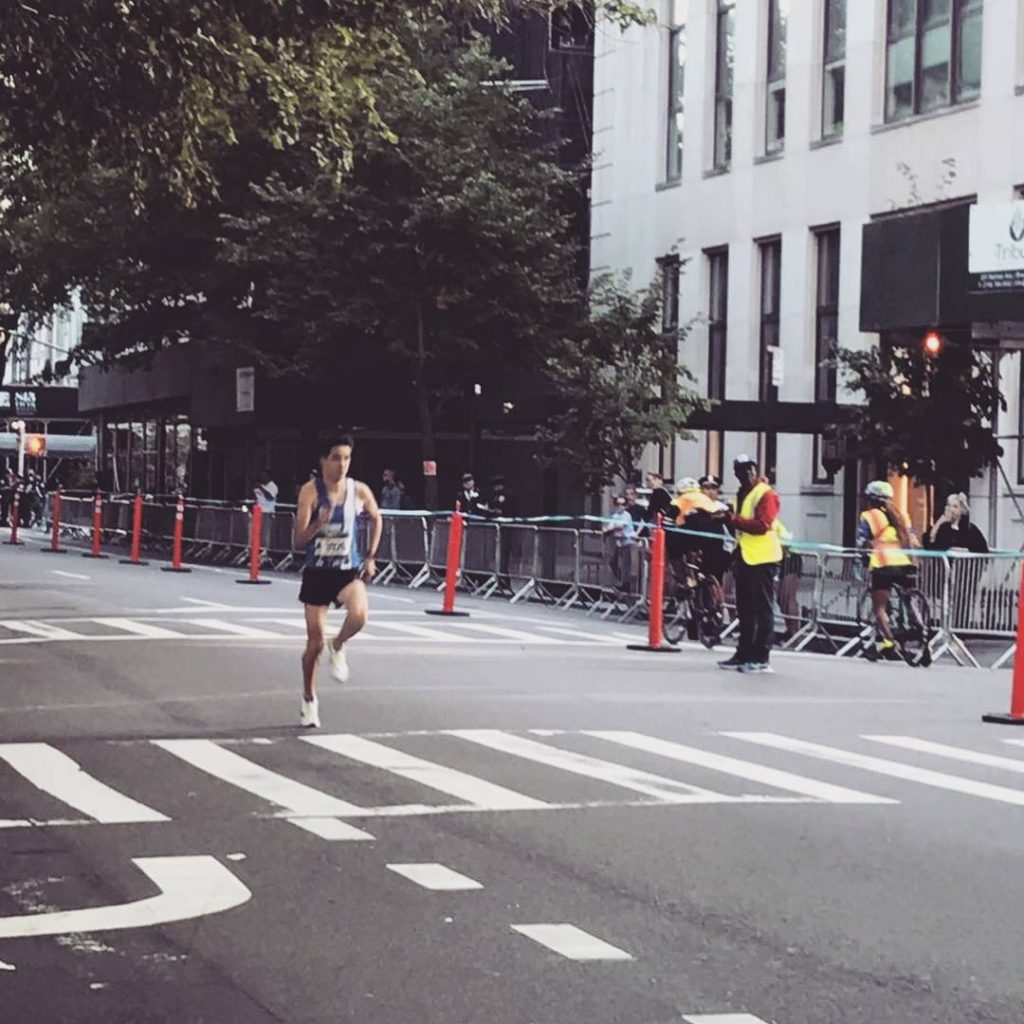 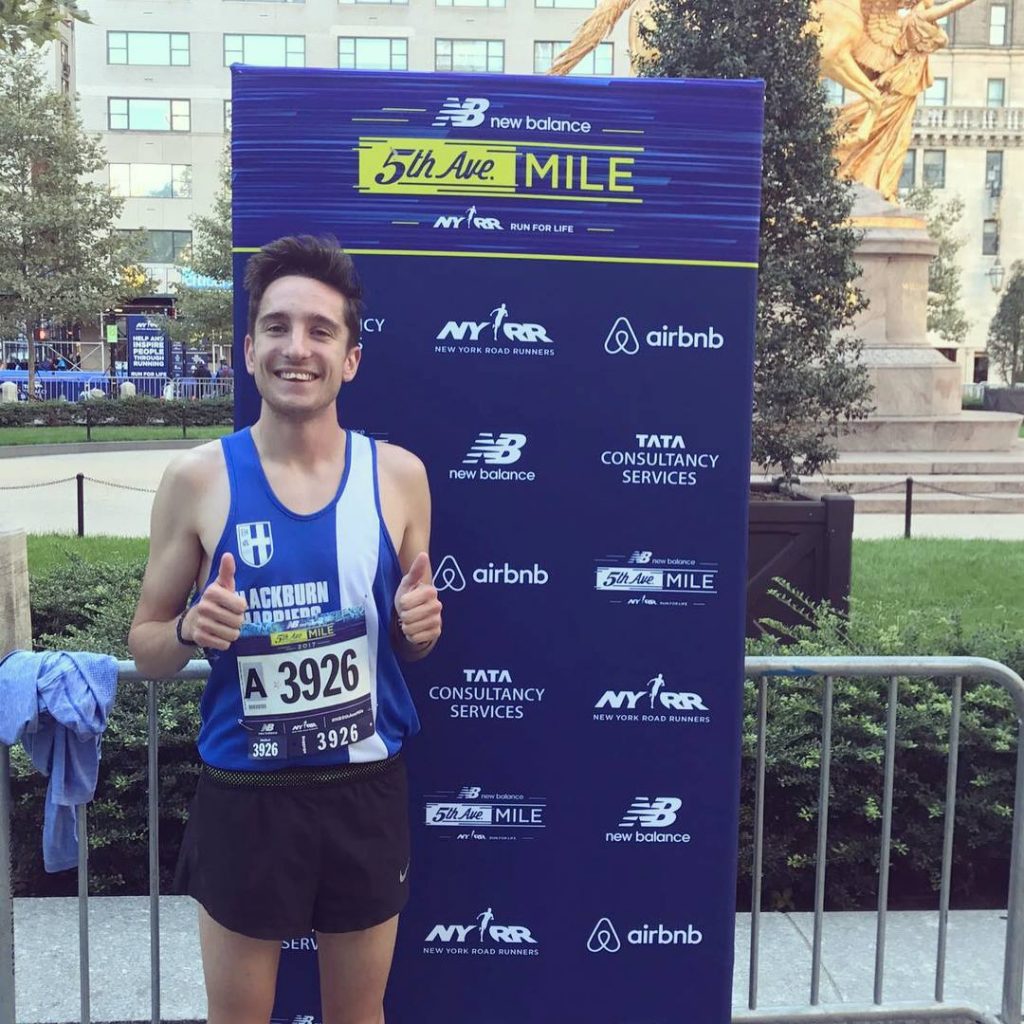 A tremendous performance by Jack Hindle last weekend saw him win the Helvellyn Triathlon – described as one of the ‘toughest triathlons in the world’ – by a huge margin of twelve minutes. The performance was all the more remarkable when the second athlete home was a full time professional athlete and hadn’t been beaten this year! After the training effort he has put in, the result was just reward for Jack.

The Club asked Jack about his performance and there was no doubt about his reaction when he told us that he was “Delighted to take the win, and make it my second big race win this year. I’m happy that I’ve managed to develop into a stronger all round athlete at the end of the season. I know there is still a long way to go, but I’m on the road to my end goal. The course at the weekend was the toughest I’ve ever raced on and really tested my fitness. To win it was my goal, but to win by 12 minutes was unexpected. I’m looking forward to the winter and coming back even stronger next year”. 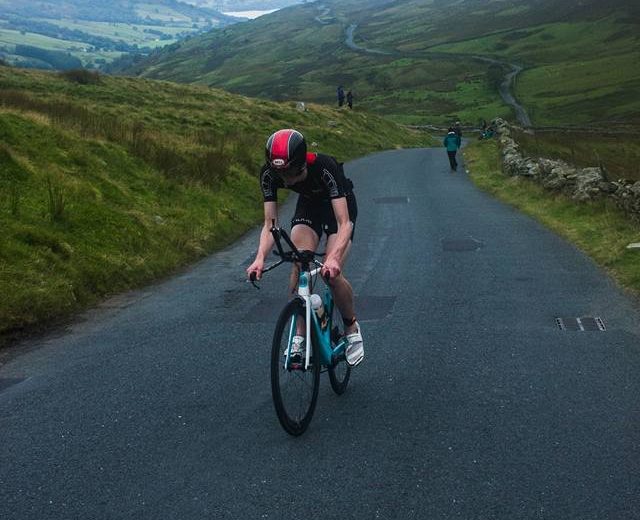 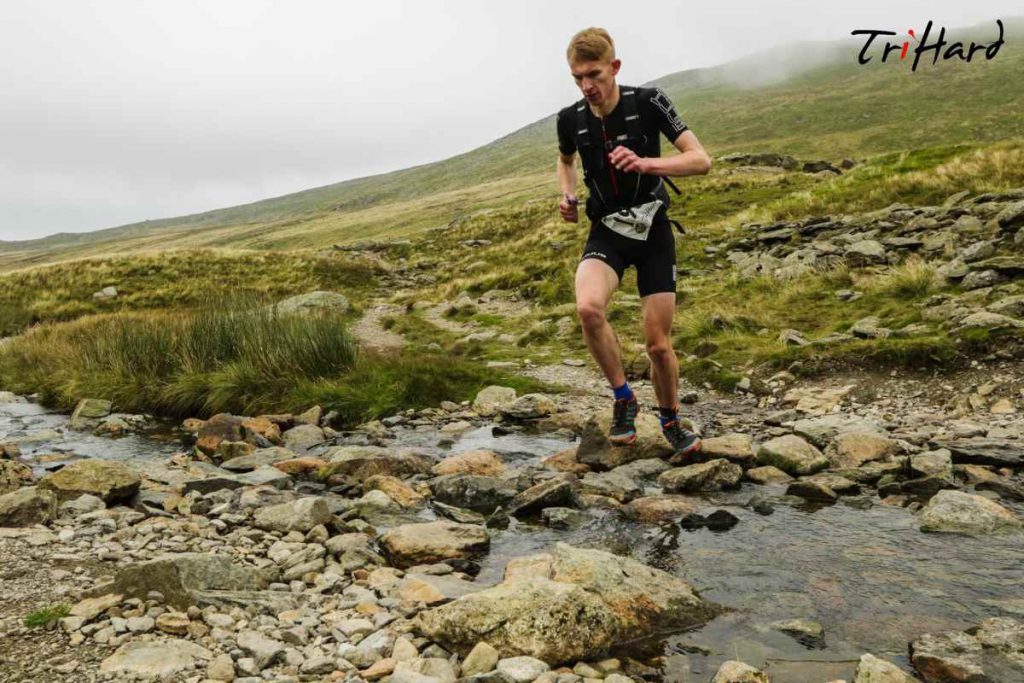 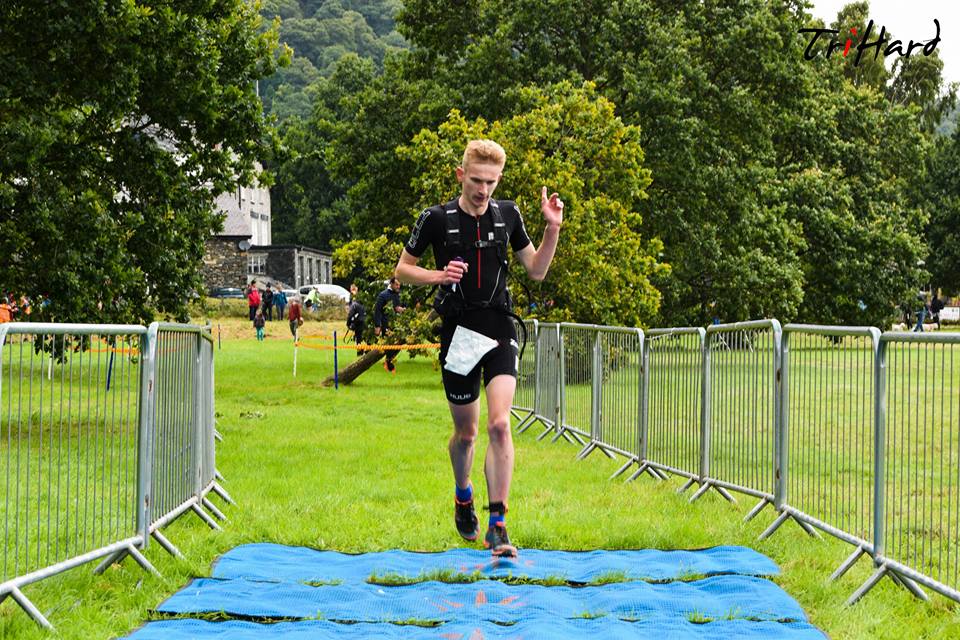 Ben Fish went head to head with Jonny Mellor in this very popular Half-Marathon run around a course which straddles the Lake. Ben came home in 2nd place with a time of 65.51 with Mellor taking the win in 64.57. After the Race Ben told the Club that the Race “went well. I knew Jonny Mellor was entered so my aim was to be as competitive as possible, it was neck and neck up until nearly 10 miles where my pace started to fade a little. Not too far off my pb and four minutes quicker than my outing here last year”. 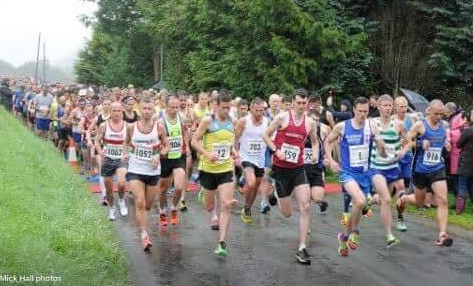