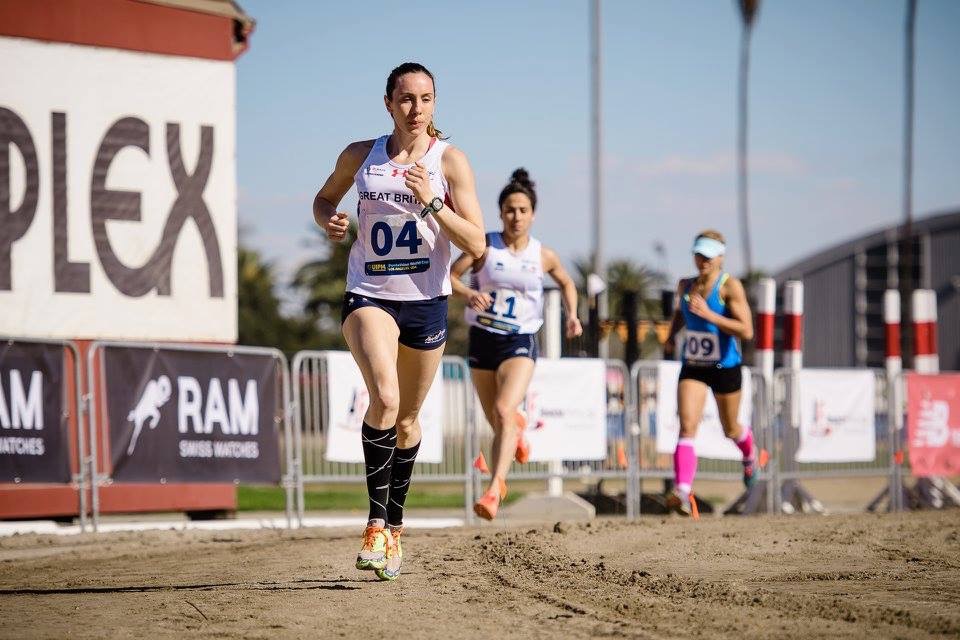 A great performance by Samantha Murray as she finished 5th in the World Cup 2 event held in Los Angeles which sees her in great form as she prepares for the next World Cup 3 event to be held in Hungary starting on May 3rd. 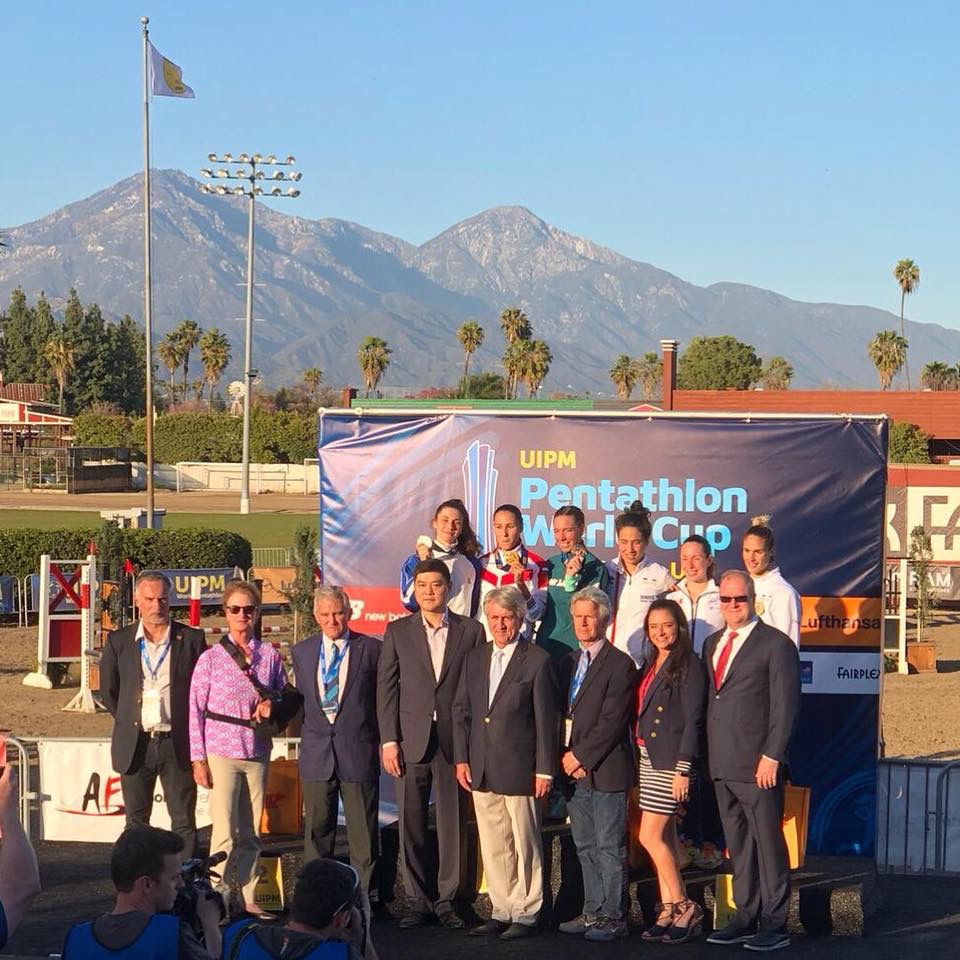 Samantha spoke to the Club at the end of the Final commenting “I had a solid competition and am really happy with my fencing and running performances. I was in the lead going into the the riding event, however I let myself down and didn’t control the horse as I should have! A lesson learnt. This set me back 21 seconds to start the run in 5th 19 seconds from the leader. There is still some work to do for the rest of the season. However 5th place is a great start to the season. Very happy. “ 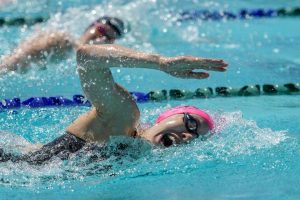 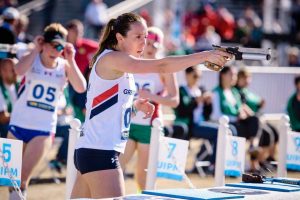 A great day too for U15 Eleesha Charnley (Lancashire) who became Sportshall U15 Regional Champion on Sunday, qualifying for the National Finals on April 14th after coming first in front of Melissa Booth (Gt Manchester) and Stephanie Robertson (Merseyside) who were both in joint 2nd place. Eleesha was one of eight Blackburn Harriers who had been selected to compete for Lancashire in the Regional Finals including Liberty Thompson who finished 22nd overall in the U15 Girls. In the U11 Boys Blackburn Harriers Sportshall members  Harrison Allcock and Aidan Downes were selected as were Niamh Gater and Isabelle Hartley for the U11 Girls Team with Isaac Butler and Saul Sharp also in the U13 Boys Lancashire Squad. Saul had recently competed in the British Schools Biathlon Championships in London finishing 11th overall in the competition after having the event affected for him by the weather. Due to the weather and the track having ice on it the organisers cancelled the run, which was very disappointing given that Saul was due to run at 11.00am and by 11.30am it was fine. However, Saul had a fabulous swim and got a new personal best, winning his heat and coming 6th overall in the swim. It was a brilliant experience for him and is now looking forward to the next event.

Eleesha joined Blackburn Harriers in July 2011 as an 8yr old and we can’t recall a single occasion when she has turned up for training or competition without a smile on her face – an absolute joy to have in the Club and a brilliant attitude in all that she does. Always modest and never making a great deal of her achievements, she finally agreed to let us have some thoughts about her win, telling the Club “It was a fantastic day and I really enjoyed it ! Well done to All Blackburn Harriers who were chosen to represent Lancashire, there was a lot of tough competition so much to my surprise at the end I found out that I had won the U15 girls all round competitor coming 1st in the speed bounce, 2nd in the 4 lap and 3rd in standing long jump. I now go forward to the UK Finals which I am looking forward to in April. A special thanks to Caer”. 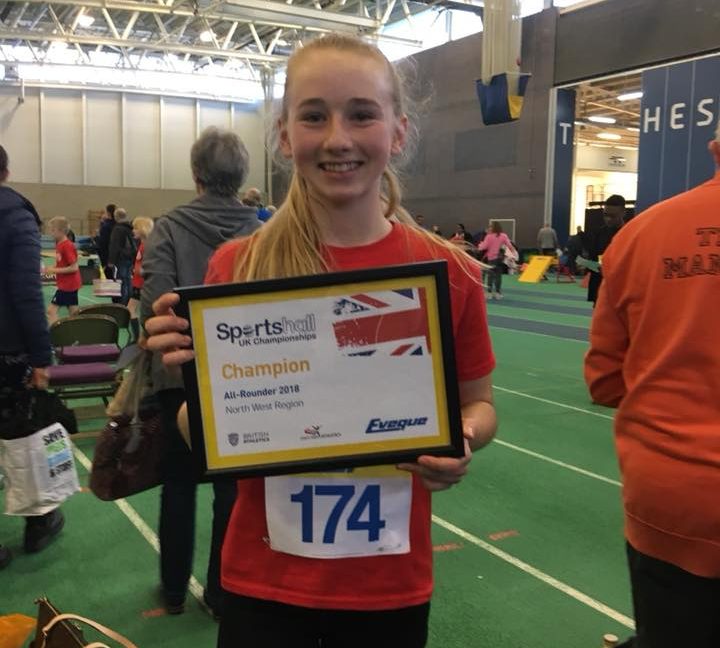 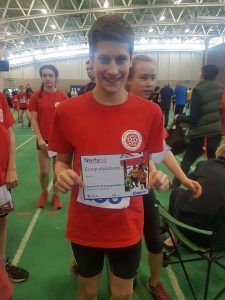 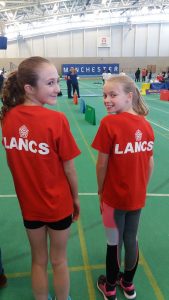 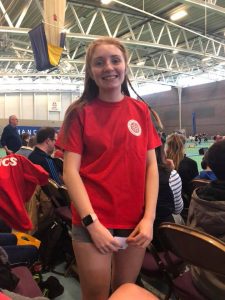 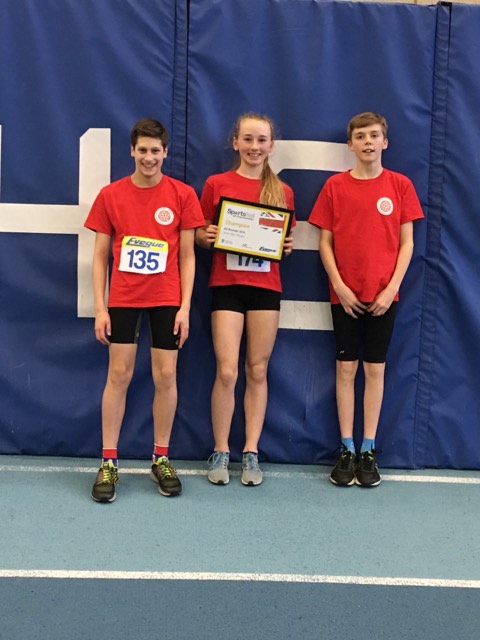 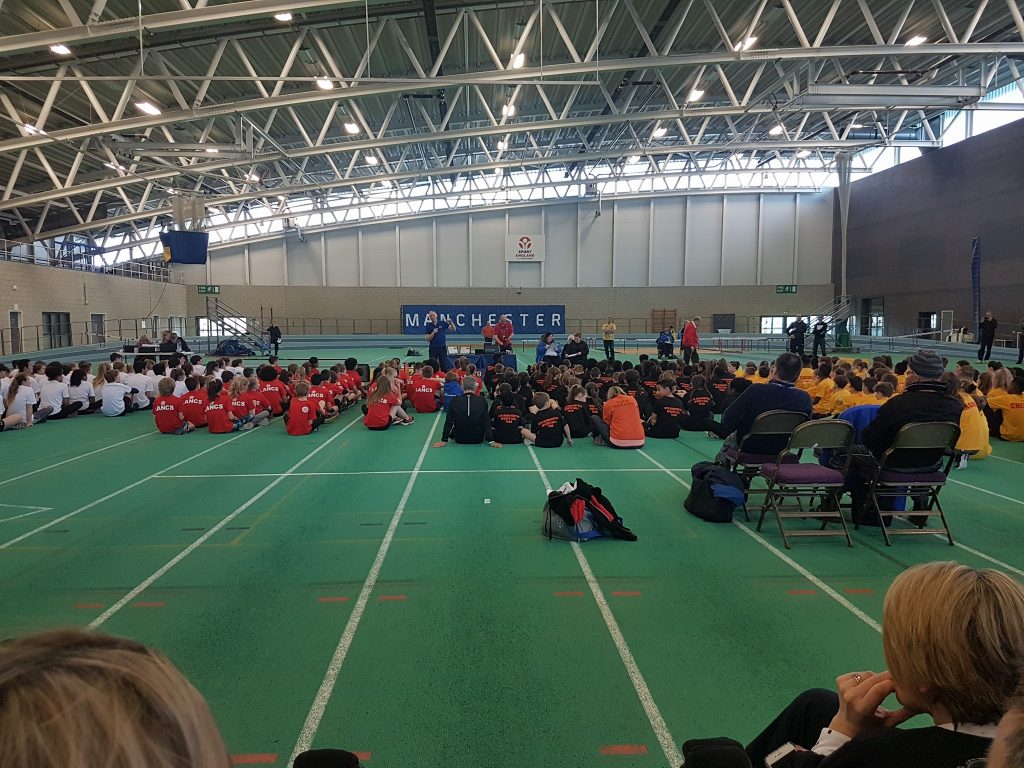 Six hundred and thirty finishers in this sold out Race held traditionally on Good Friday. The latest winner was John Ashcroft (Liverpool Harriers) crossing the line in a very good time of 30.18 from Matthew Grieve in 2nd (30.33) and William Mycroft in 3rd (30.34).

Three Blackburn Harriers ran the race which saw Joshua Holgate have a great run to set a new PB time of 34.16 as he placed 42nd overall. After posting  a time of 36.06 on the tough Winter Warmer 10k in February and having a very good run in the 12 Stage, it was clear that a revision to his 10k personal best was coming and he duly delivered on the day. Josh commented after the Race “After a good run at the 12 stages last Sunday I was feeling confident that a 10k pb was on the cards, but to take almost 2 minutes off my previous best was quite a surprise and is definitely something to build on now. It was a great day overall and quite a good course, after a fast first 5k I struggled around the second lap but managed to hold on until the end. It was a shame Ben had to pull out halfway due to an injury as he seemed to be running really well, I hope he recovers soon! “ V60 Tony Greenwood also had a very solid run as he placed 156th in a time of 38.59 which gave him the 3rd V60 place. Tony has suffered over the last three years with injury as he explained to the Club after the Race saying “I’m a tad disappointed with my run but I guess couldn’t really expect much more following three years of constant patella tendinitis, result sporadic to no training.. Good news tendon doesn’t seem to be getting any worse and today was the first race I’ve managed to complete in over a year.. So hoping onwards and upwards!” 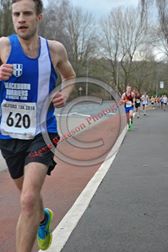 Also taking 3rd place in the Women’s V40 age category was Carmen Byrne in 167th overall, clocking a time of 39.30 which was pretty good considering she picked up an injury in the second half of the race telling us “this was my first 10k since getting rid of the orthotics so was a little unsure what to expect. I was completely pain free for the first 5k going through about 18.20 but then Achilles pain struck and I pretty much hobbled the last 5k. Hopefully everything will balance out again soon”. 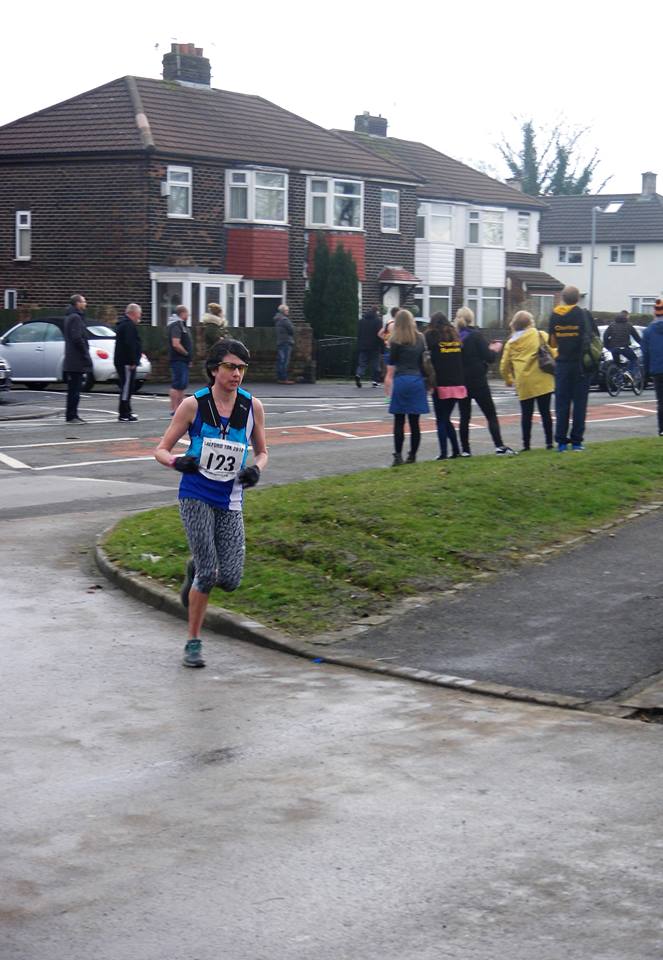 Nearly four thousand runners in this Race in which Daniel Whittaker was hoping for a new personal best. The race was won emphatically by Jonny Mellor in a time of 63.35 – some four minutes in front of second placed athlete Dejene Gezimu (67.25).

Daniel was delighted with his run as he came home in 178th with a time of 85.57 which was a new personal best and told us that he “seem to be going faster since training with the Harriers now so at least it’s paying of”. More to come, that’s for sure. 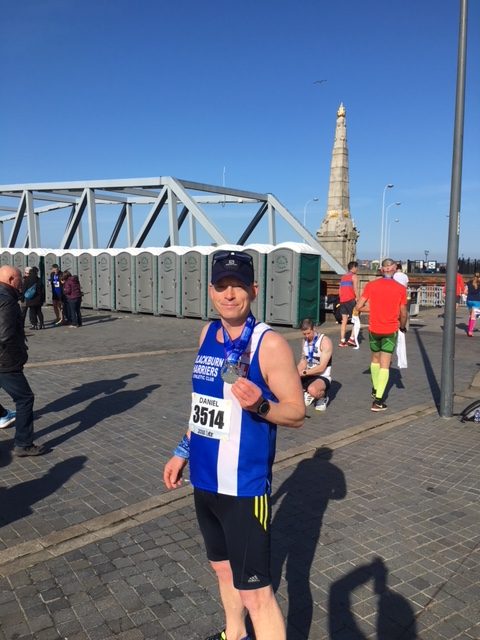