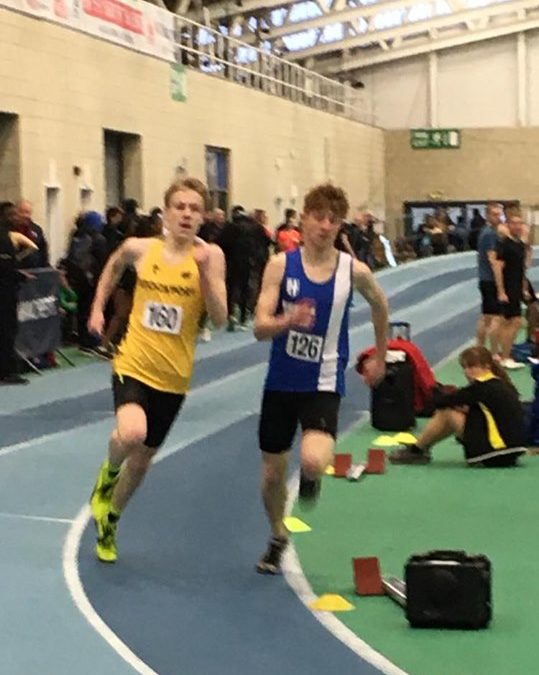 The second meeting of this years Winter Indoor Series held at Sportscity took place on Sunday and preoved to be a rewarding day for the Harriers.Seven athletes for the Club competed on the day and set six new personal bests. 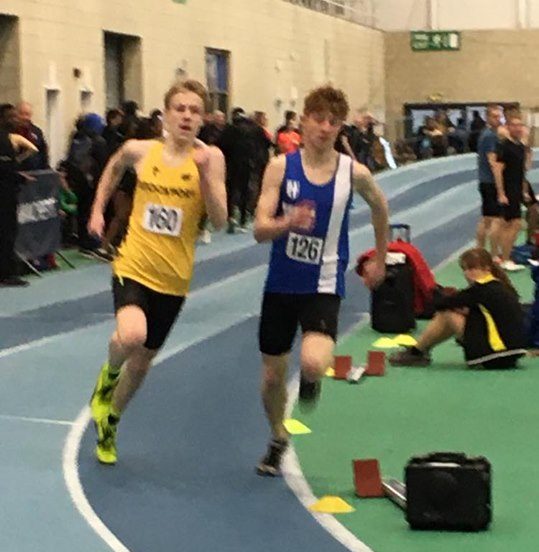 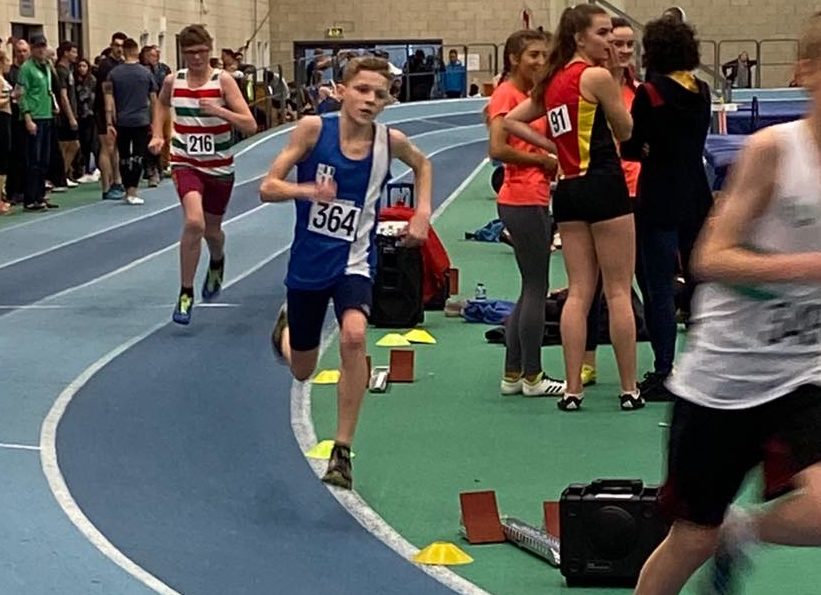 A small field of just under 50 athletes ran at this Friday night 5k in Lancaster which saw a win for St helen’s Matt Crehan in a swift time of 14.38, the race also featuriing a num ber of Blackburn Harriers.

First in for Blackburn Harriers was Karl Billington with a seasons best time of  15.34 in 2nd place overall. He was followed by another seasons best run from Marc Hartley in 5th spot clocking 15.52 and a new PB for Josh Holgate in 7th place as he ran 15.58 to bring his previous perosnal best down by ten seconds and his first time under 16 minutes. U15 Dexta Thompson had a go at this one too and did well as he finished 22nd in a time of 18.24 – his third time running over the distance and his fiorst for a couple of years.

Two days later saw the annual running of the Longride 7 featuring over 400 runners and won by Oliver Heaton in a time of 42.18.76. 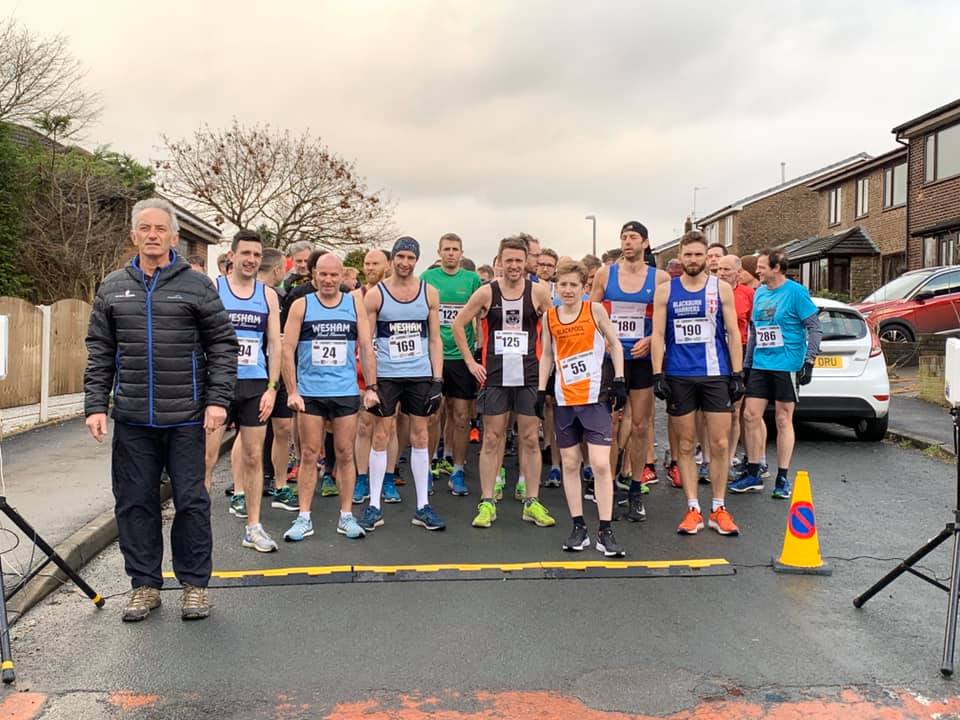 Each year a number of athletes go off to University and compete in local Cross Country Leagues. Joe Howe (Manchester University) went above and beyond the calll of duty in the University of Manchester Cross Country Relays on October 26th as he ran Leg 2 of the 3.01k course in 10.31 and then ran Leg 6 in 11.12. Joe Gebbie (Leeds University) also ran the the same Relays and placed 17th with a 10.19 clocking. Back to Joe Howe and he ran in the Manchester Area League on 12th October and 9th November with times of 36.34 on the 9.65k course (59th) on October 12th and 70th clocking 36.43 on the 9.7k course on November 9th.

Nicholas Smith (Durham University) ran in the University of Leeds Relays on December 7th and came home in 21st spot with a time of 12.04 for the two mile course. And Maddie Elliott (Cardiff University) ran in the Gwent League on 12 the October which also doubled up as a Cross Challenge fixture and came home in 5th place with a time of 26.46 for the 6.46k course and then on November 9th clocked 29.17 for the 7.2k course as she placed 35th. 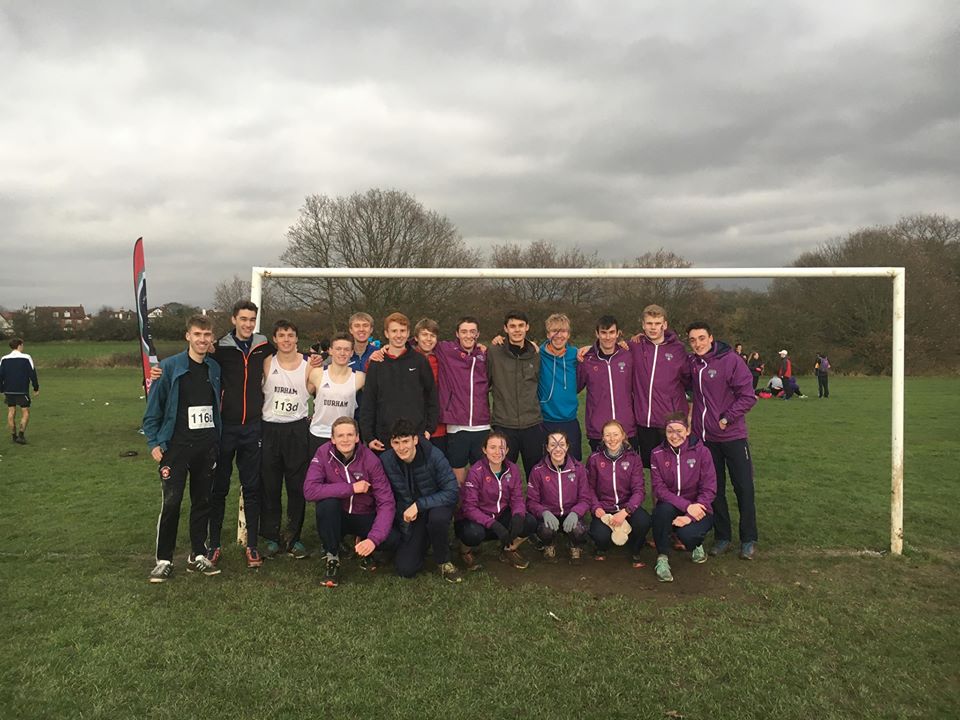 Nicholas Smith 5th in from the Left

Freya Black (Edinburgh University) ran her first race for some time after a period of prolonged injury, in the Braids Hill Cross Country Race described as “The Braid Hills Cross Country Races are held annually by Edinburgh University Hare & Hounds in mid-November. They take place on a challenging 5km loop course situated between King’s Buildings and the Pentland Hills, surrounded by great views of our beautiful city. The two races, a 5km and 10km, are popular with both local club runners and universities across the UK”. Freya came home in a time of 24.15 for the 5k long course and in 157th spot out of 233 finishers. 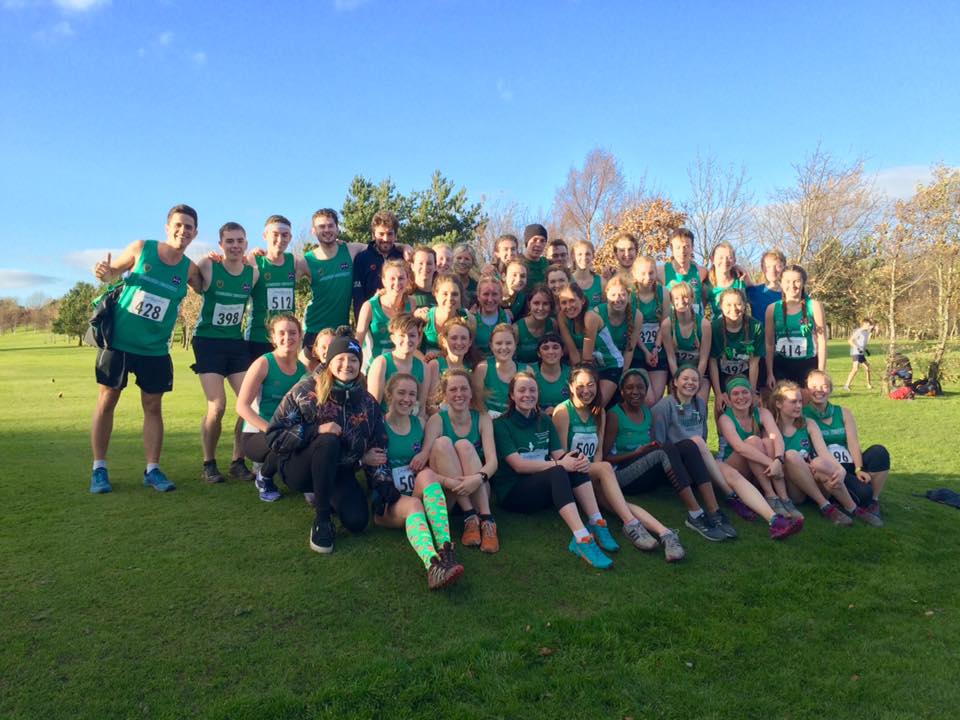 The fun that is the Turkey Trot took place again this year on Saturday with just short of 300 runners dressing up and entering into the festive season spirit. The race saw a pretty good battle between Ilkley’s Tom Adams and Salford’s Gary Priestley with Tom Adams coming out the winner in a time of 28.47 in front of Gary in 2nd (28.57).

Blackburn Harriers had a number of runners with many of them dressed up in untypical racing gear with the first Harrier across the line being Calum Holmes in 11th place clocking 34.44. Matt Nuttall was the next to make it to the finish in 22nd spot in 37.28 with Victoria Mousley just one second and one place behind (23rd) in 37.29 and first Vet Woman with U17 Harry Wilkin 42nd place (41.50), not far behind. 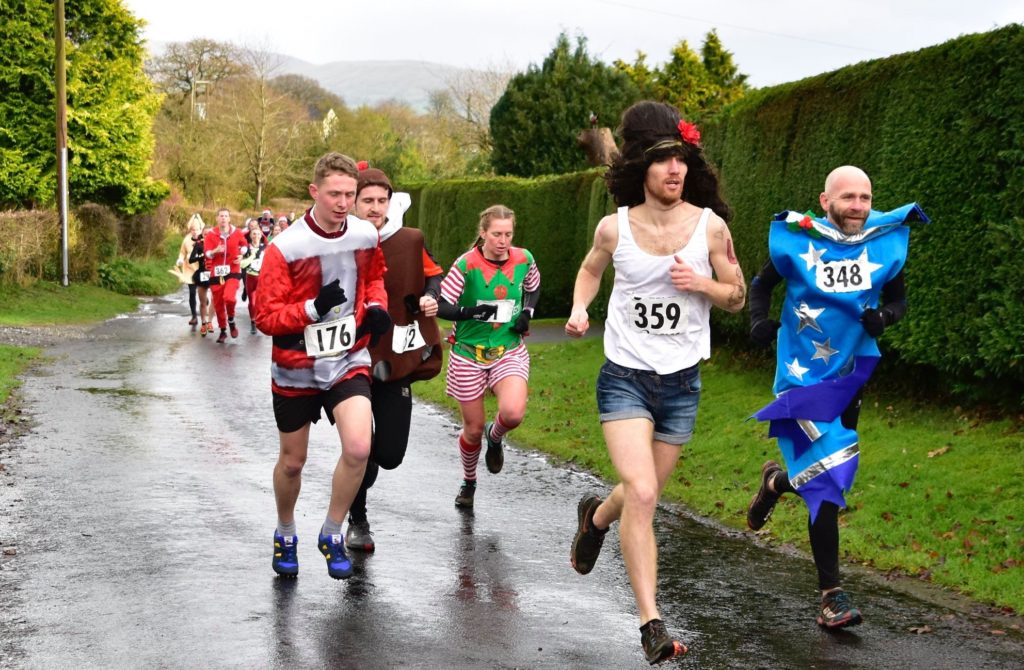 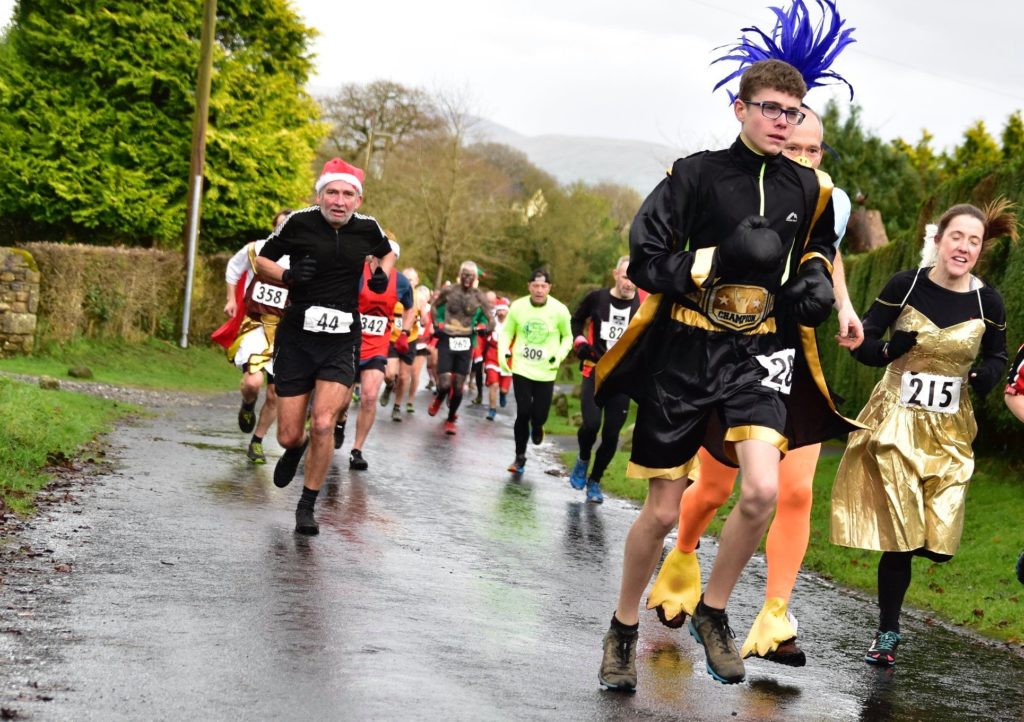 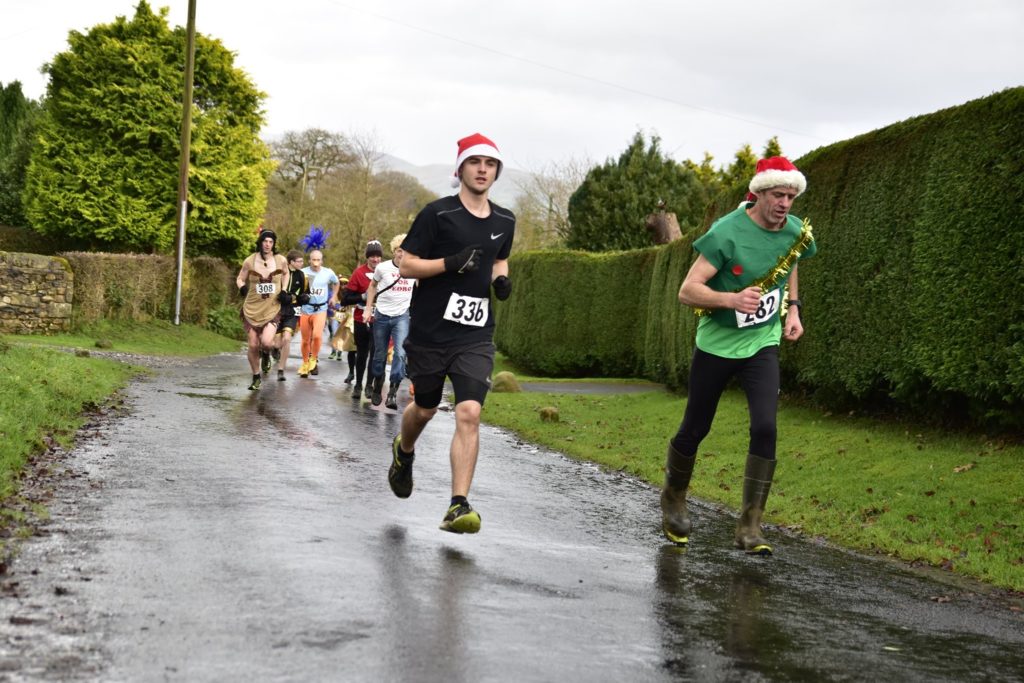 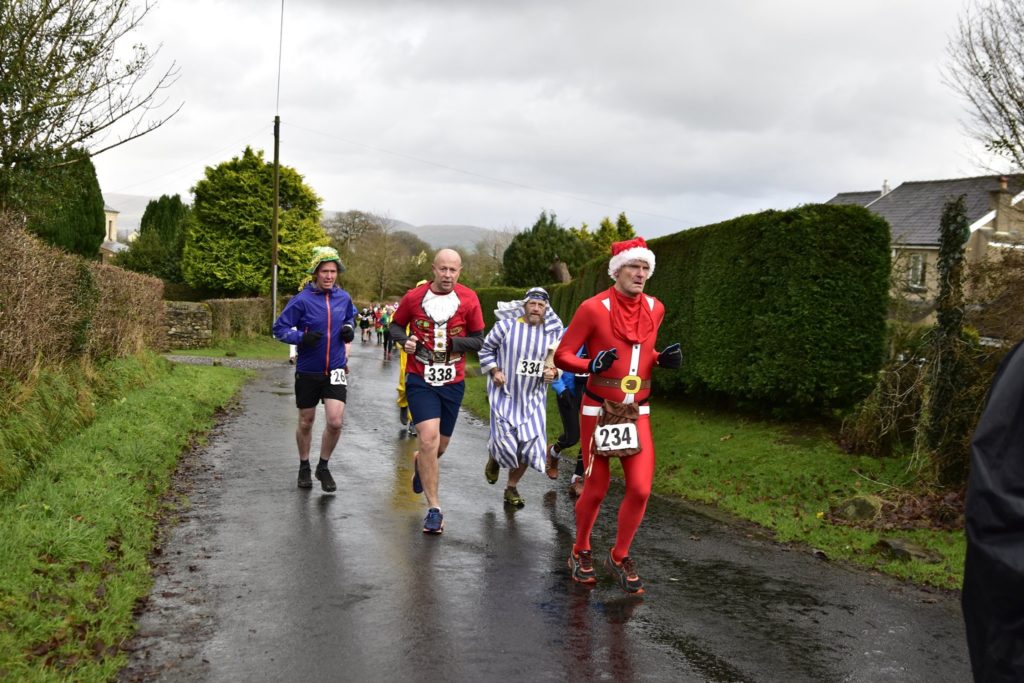 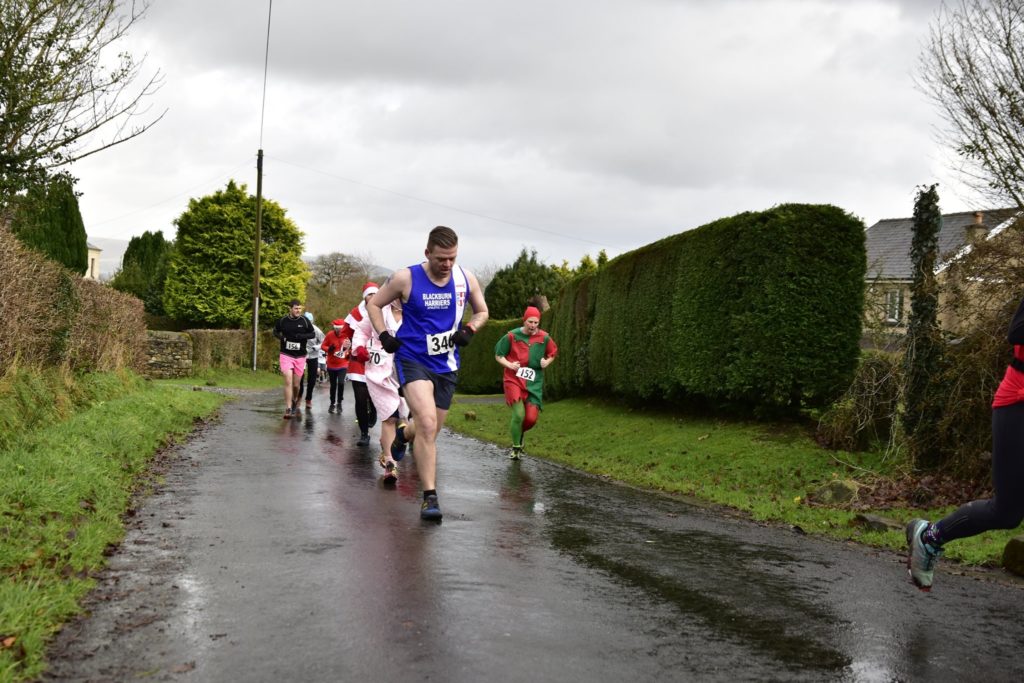 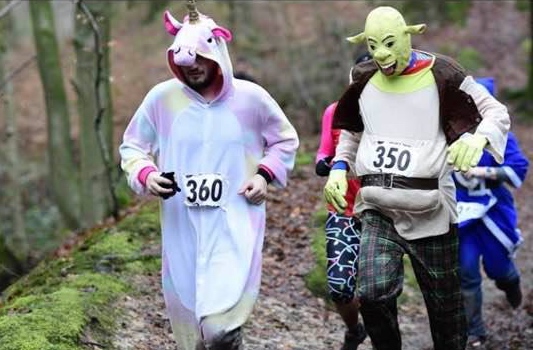