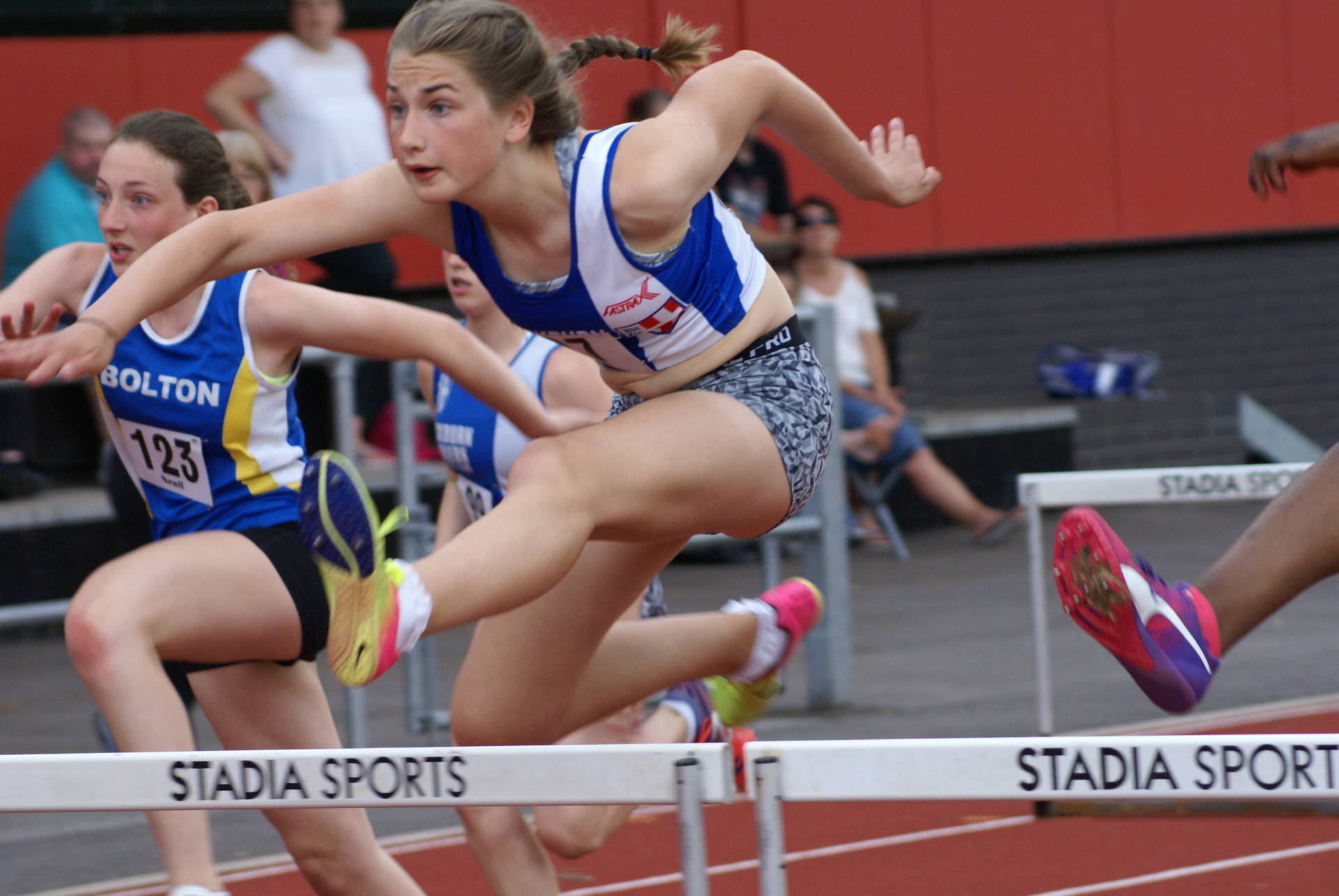 Sophie Hitchon was competing again at the Golden Spike meeting in Ostrava, just days after representing Great Britain at the European Team Championships in Lille at the weekend. While things didn’t go as well as they might have at the Championships, Sophie bounced back in emphatic style at the Golden Spike Meeting – finishing 4th in a quality field with a throw of 73.68 and her second 73m plus throw on the night.

After the Meeting Sophie spoke to the Club about the Team Championships and her Golden Spike result saying that “After a tough few weeks of competitions I was disappointed that I couldn’t get more points for the team at the European Team Championships. I was very pleased with the competition in Ostrava to get back to where I started this year. I am looking forward to competing at British championships this weekend it is always great to compete on home soil”. 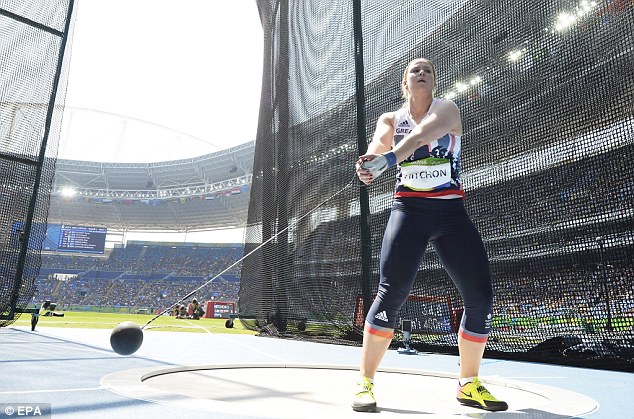 Tim Raynes and Joe Monk were out at the latest Grand Prix Meeting at Stretford on Tuesday night contesting the 3000m. A big field of twenty four runners saw Dejene Gezimu take the win in a time of 8.29.39 with Tim in 11th spot and posting a new PB time of 8.40.52 which bettered his previous best by six seconds. Tim spoke to the Club after the Race commenting “Pleased with how my race went. Got a little stuck on the first lap, but managed to work my way up through the field. I was happy to finish quite strongly, and am now looking forward to running at Stretford again next Tuesday night for the 5k.” 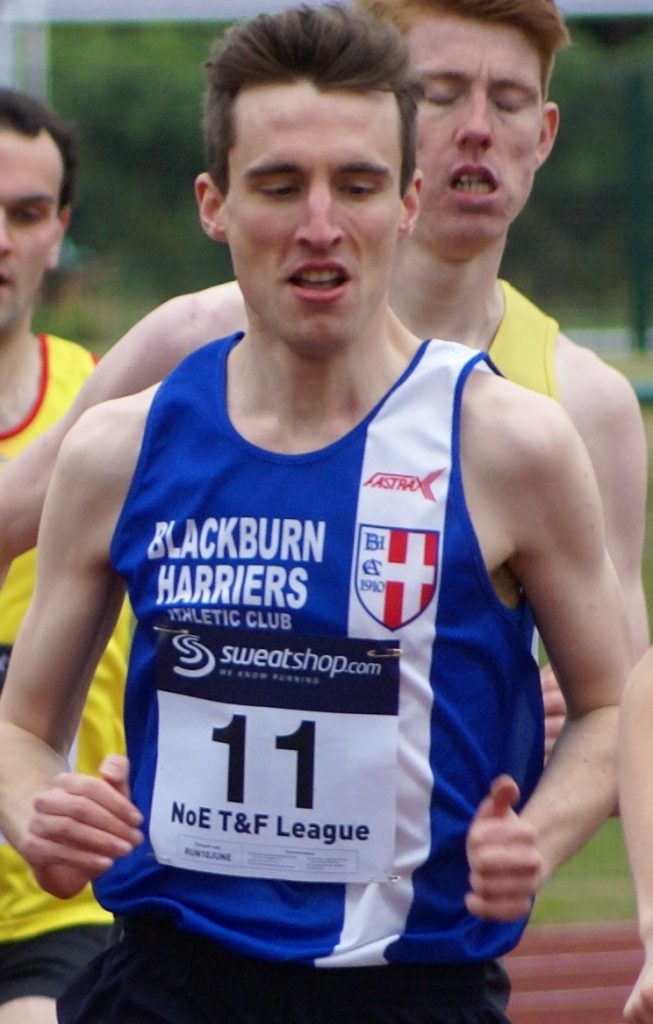 Joe finished in 15th place in a time of 8.49.37 four seconds away from his previous personal best for the distance and speaking to the Club he told us that he thought he “hit a bit of a plateau in the 3k, sticking between 8:45-8:50, seem to get to 2k and then struggle. Not too disappointed as my training is showing that I should be close to 8:40, just need that 800m/1500m speed now to kick on”. 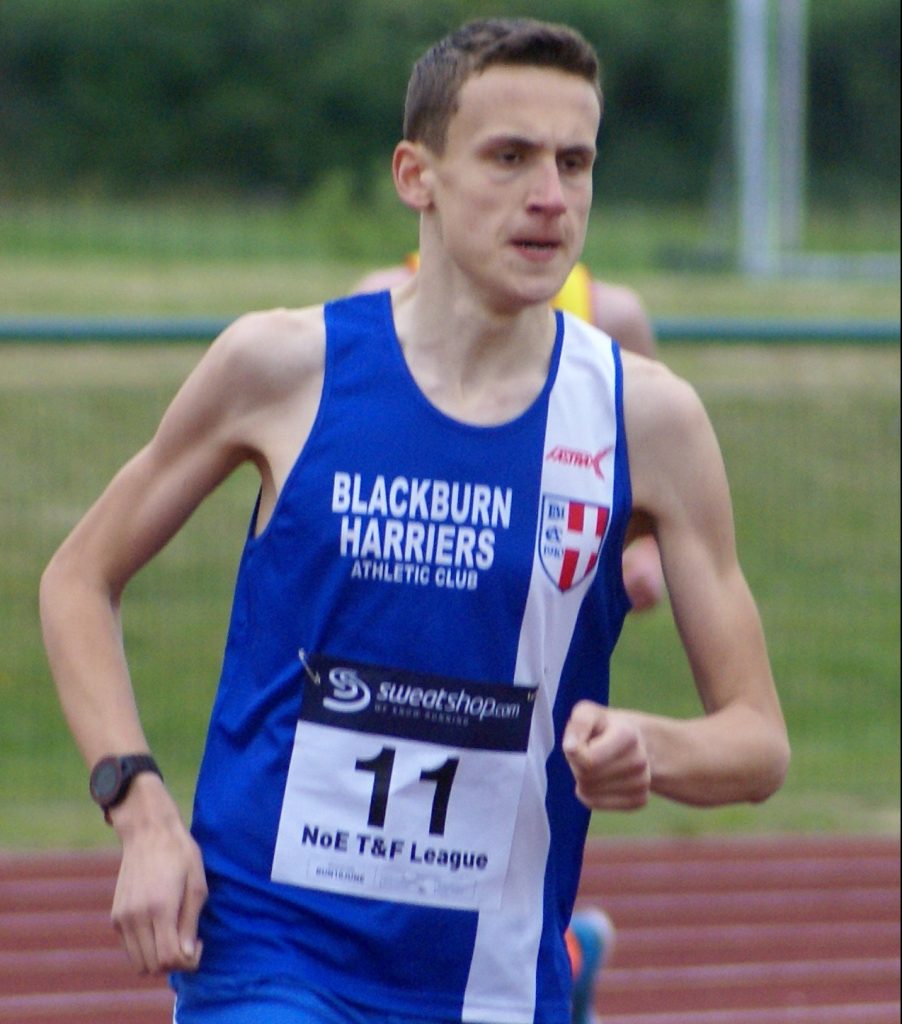 The second of this years Blackburn Harriers T & F Open Meetings took place on Wednesday June 21st including some really good competition over the different events. 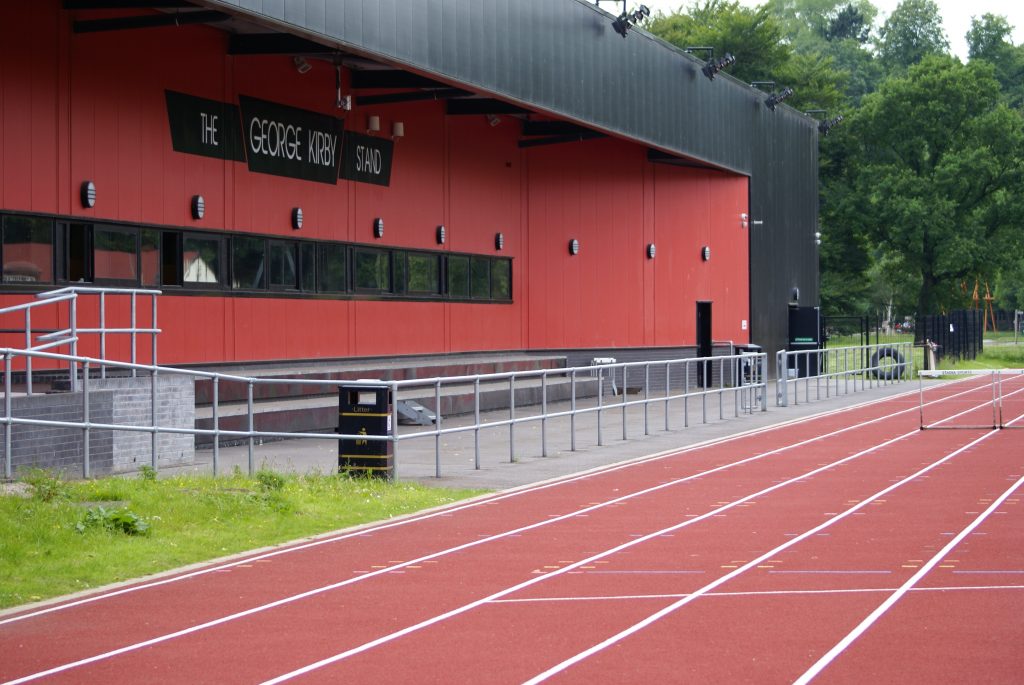 The U17 Women’s Hammer was a standout competition with the top two Women in the country battling it out – Tara Simpson-Sullivan from Wigan Harriers and Charlotte Williams from Blackburn Harriers. Tara threw a new life time best of 61.67m to finish ahead of Charlotte in 2nd place with a throw of 57.35m. The came Hannah Blood (Sale) in 3rd with a new PB of 47.78m, Charlotte Sturchbury (Liverpool Harriers) in 4th with 46.27m, Emma Louise Vickers Preston Harriers) in 5th throwing 41.97m and in 6th Rhiannan Lowe (Preston Harriers) with 36.56m. Nicky Saunders (Blackburn Harriers) and Tamalyn Dickinson also threw new PB’s in the U13 Girls Hammer with Nicky taking the win (21.09m) and Tamalyn 2nd (20.93m). Jacob Roberts (Blackburn Harriers) set a new personal best with his last throw in the Junior Men’s Hammer (65.64m). 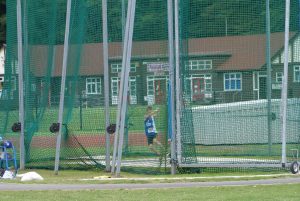 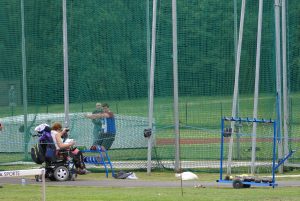 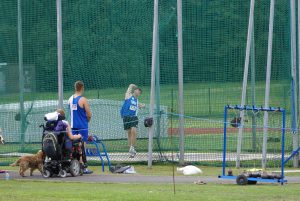 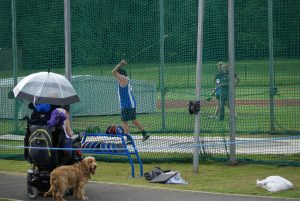 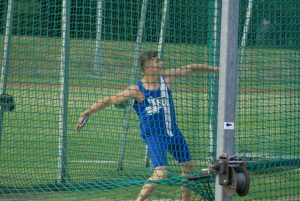 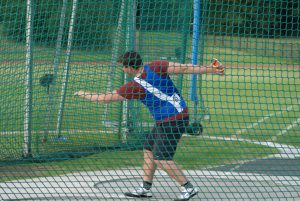 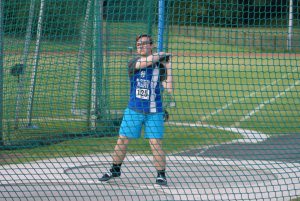 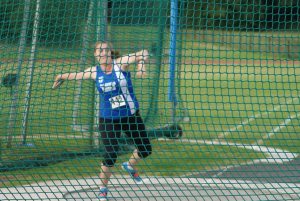 There was an impressive winner of Heat (1) of the Mile with Robb Webb of Rossendale taking the Race in a time of 4.27.1. Impressive also in the same Heat were the runs of Blackburn Harriers U15’s Sam Hodklinson and Matt Ramsden which saw Sam run a time of 4.45.8 out sprinting Matt in the home straight who finished 3rd in 4.46.3 and they were followed by fellow Harrier U17 Nick Smith finishing strongly in 4th spot in a time of 4.47.2. Blackburn Harriers and U17 – Bradley Meikleham won the 1000m in a time of 2.53.6 ahead of Preston Harriers U23 Rachael Scott in 2.56.9. 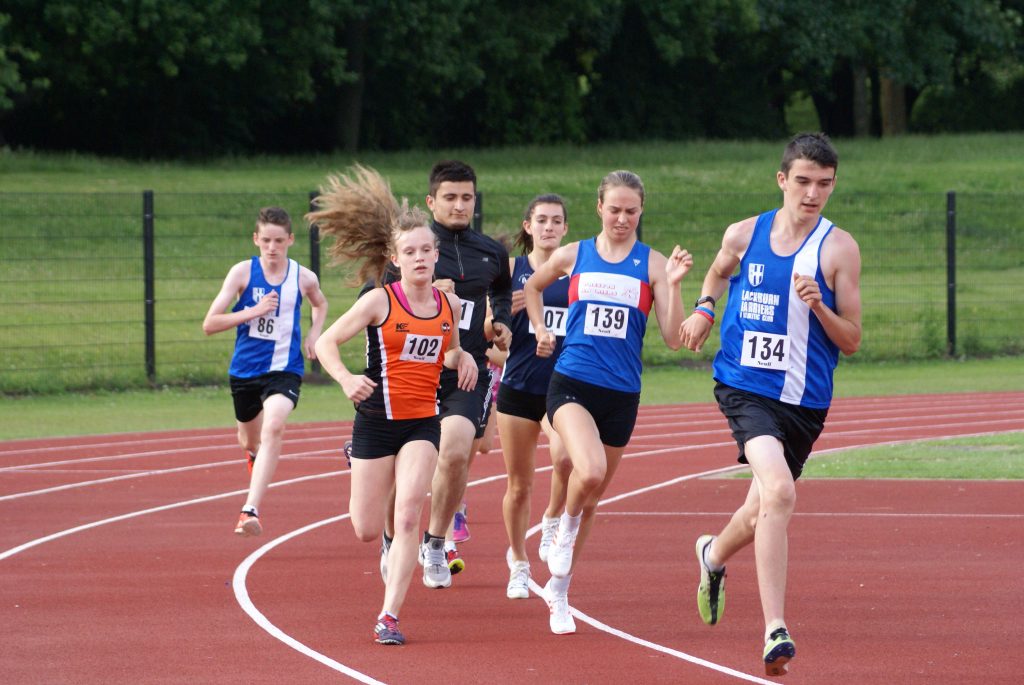 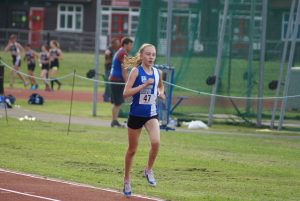 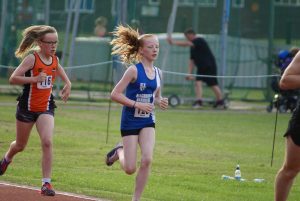 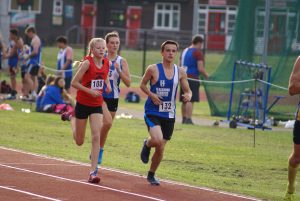 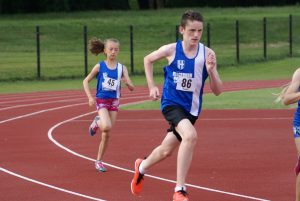 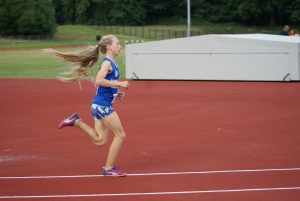 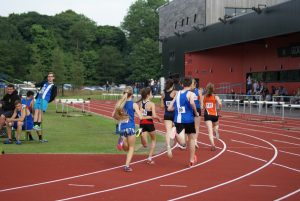 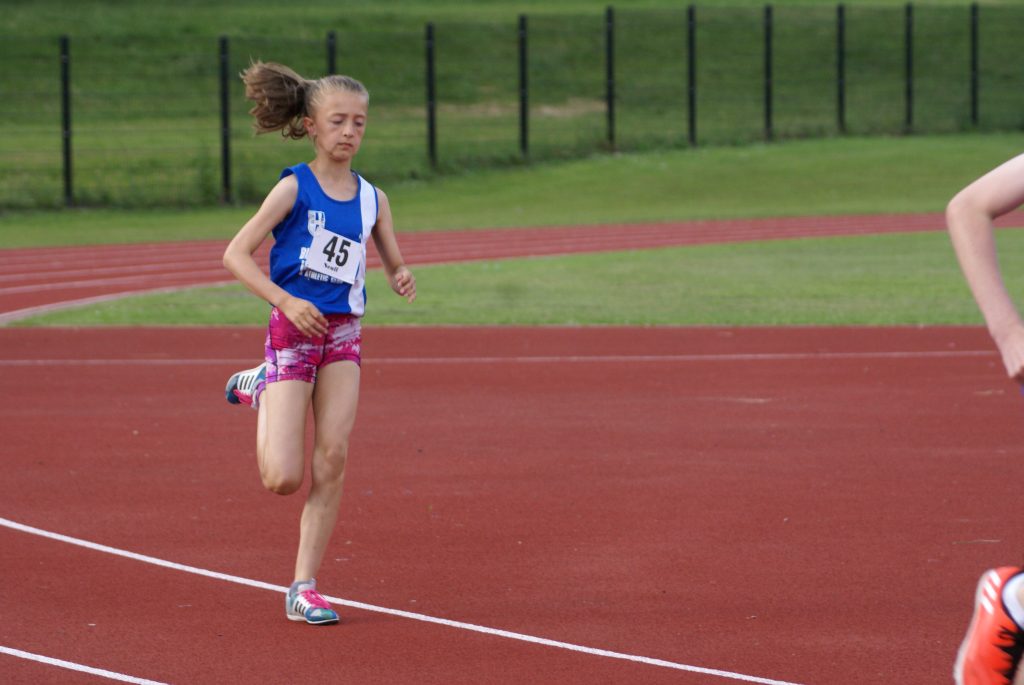 In the U15 Girls 75m Hurdles there was another impressive win by Blackburn Harriers Myah Booth in a new PB time of 11.6 which was one tenth inside the English Schools qualifying time with new PB’s for Queen Tanimowo in 2nd (12.0) and Christie Sturgess in 4th (12.9). Blackburn Harrier Emily Warren was also among the new PB’s with a time of 12.6 in the U17 Women’s 80m Hurdles. U17 Solomon Brown (Blackburn Harriers) ran his third successive PB over the 400m Hurdles recording a time of 63.4. 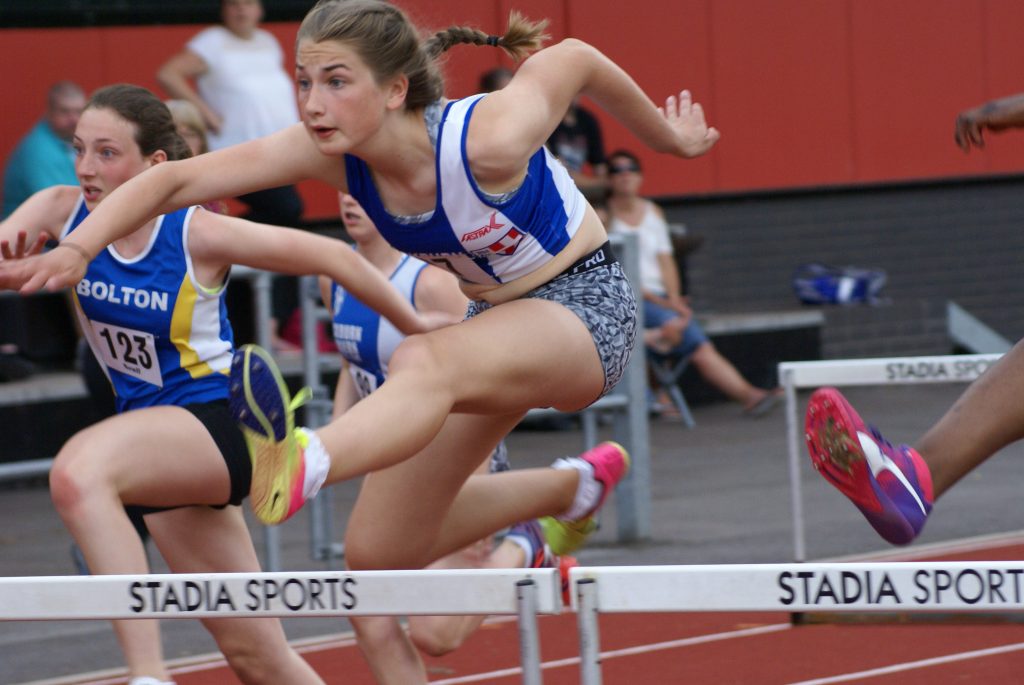 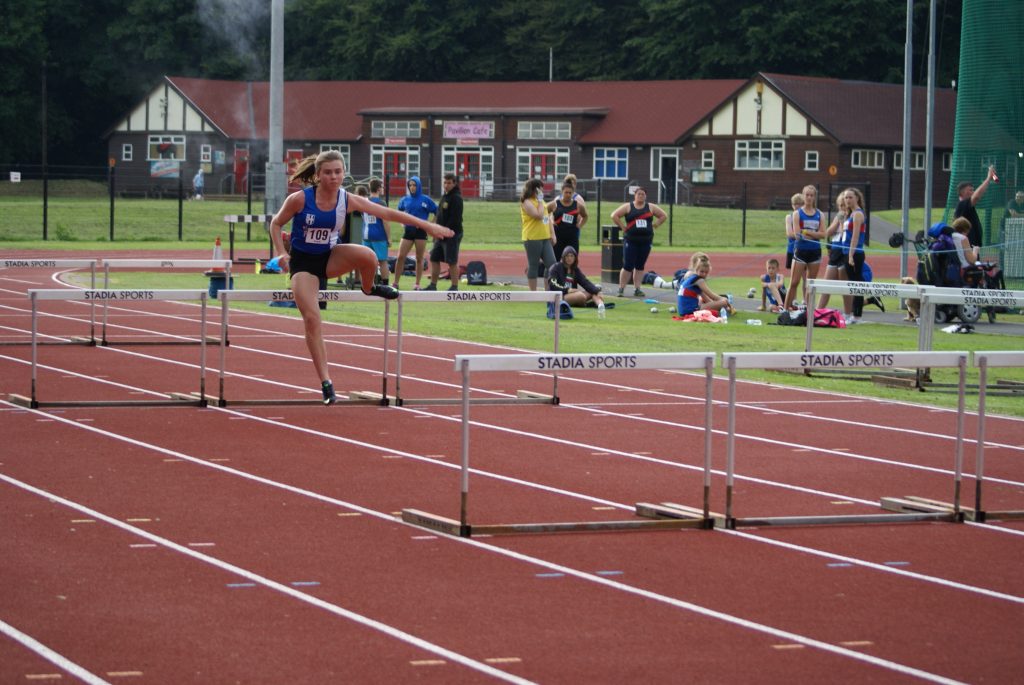 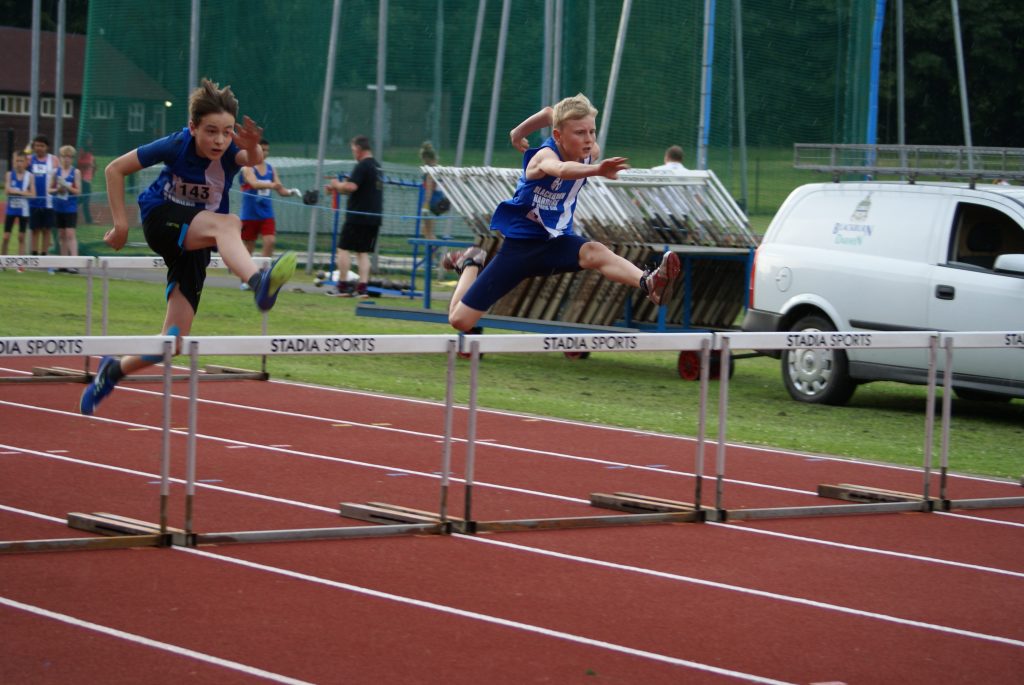 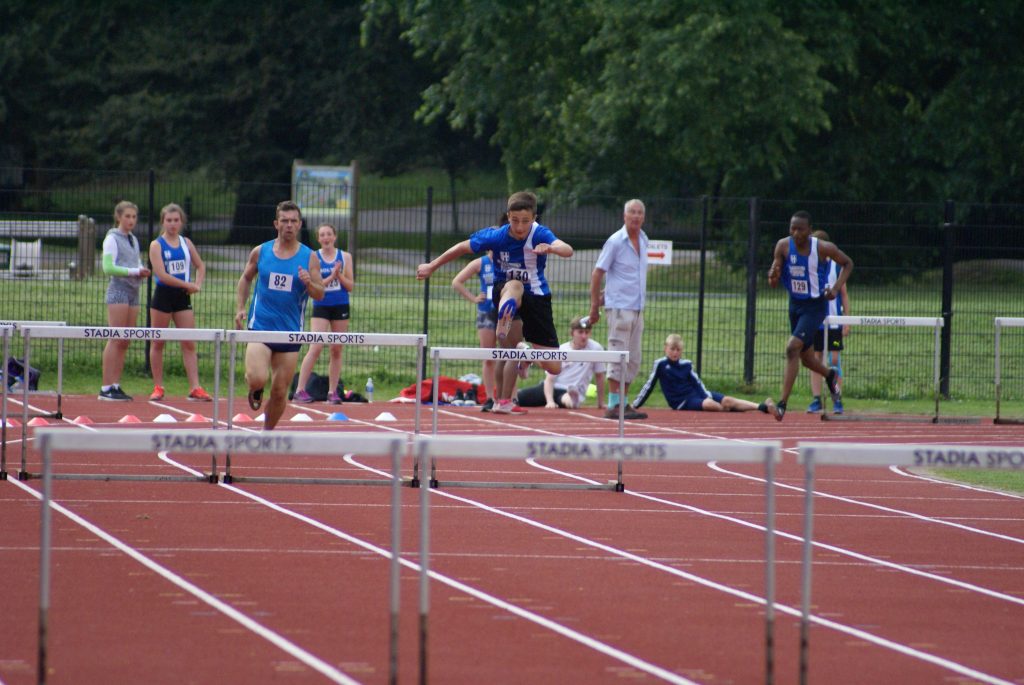 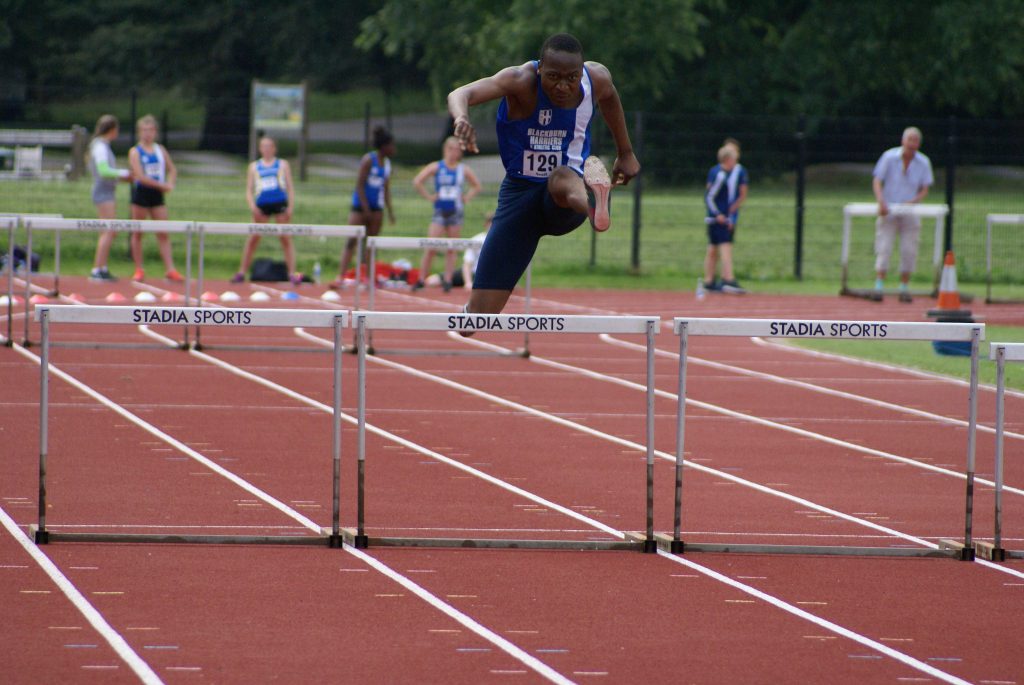 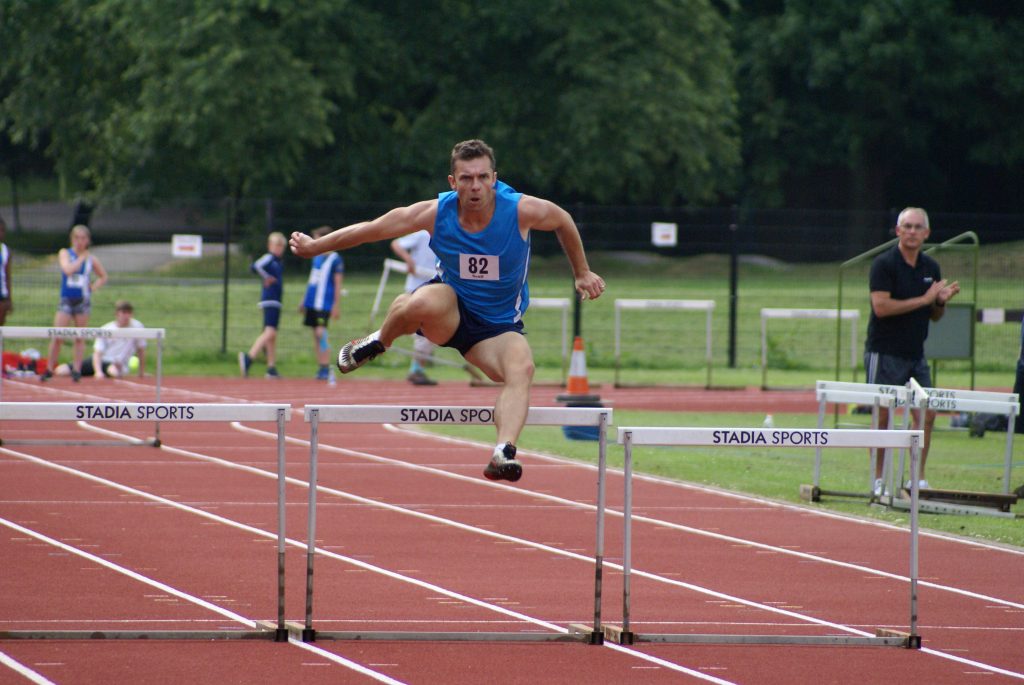