Sophie Hitchon is approaching the World Championships in Beijing in good form. Her most recent outing was in Poland at the weekend – Sunday August 9th – where she finished 3rd to the two of the best Women Hammer Throwers in the World – Anita Wlodarczyk – current World Record Holder –  and Betty Heidler – former World Record Holder.. 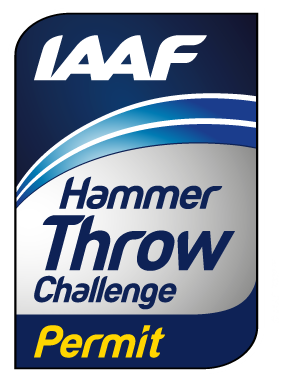 Anita Wlodarczyk won the competition with a throw of 76.70m with Betty Heidler in 2nd spot (73.37m). Sophie came 3rd with her throw of 72.23m and tellingly registered four of her throws at 70.51m – 71.97m – 72.10m – 72.23m which is really consistent. Sophie is currently lying in 8th place in the Hammer Challenge Rankings which augers well for her at the World Championships which start on August 22nd. The Welsh Athletics International took place at the Cardiff International Sports Stadium on Wednesday 29th July. The annual U20 International Match features Teams from Wales, England North, England South and England Midlands. Joe Pearse was invited to compete for England North and was delighted with the opportunity. The competition was won with a clearance of 2.10m with 2nd place clearing 2.0m. Joe came 4th overall with 1.95m and 2nd U20, the same height as all the others in the event. Joe spoke to the Club after the International and told us that “Unfortunately my season hadn’t gone to plan due to a number of setbacks and niggles that just wouldn’t go away and i was losing the love of competition but at the Welsh international in my first England vest I found my love for competition again as I really started to enjoy myself coming a surprise second and found my form once again knowing that I can go much higher next season if I can just jump more consistently. I am now looking forward to next season and hope to bring more pbs after a solid and hopefully injury free winter”.