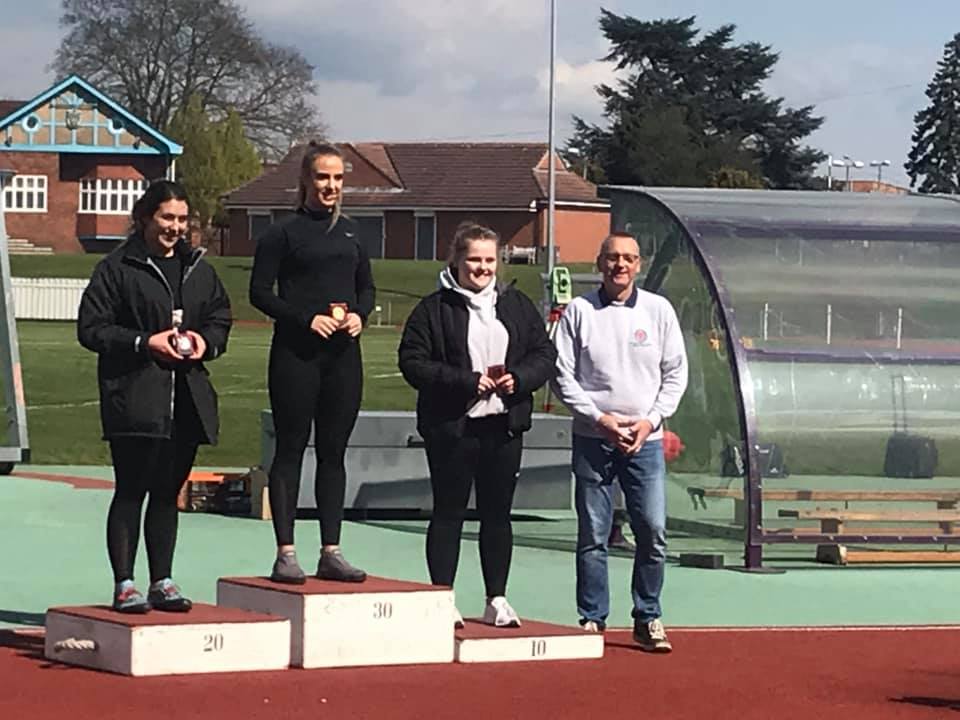 In 2018 Charlotte Williams – or Charlie as she is known to us at the Harriers – managed to throw in competition just six times which resulted in five wins and one third place. She won the Mid Lancs League fixture on July 28th (53.07m) (3kg); won the UKYDL Regional Final with 57.11m (3kg) on July 29th; won the Northern U17 Championships with a throw of 57.20m (3kg) on 11th August, came 3rd in the National U17 Championships with 57.41m (3kg) on 26th August and finally threw 54.12m at the Hammer Circle reunion (4kg) in October. This was a brilliant set of results, but all the time she was having to deal with injury problems, which very few know about within the sport.

Last year was also a momentous year in a different way for this talented Hammer Thrower and that was because she had to contend with surgery on her Meniscus and Anterior Cruciate Ligament, injuries which can be career threatening. Injuries, as they say in all sport, are part and parcel of your life and it is how you deal with them that counts. It is however, a lot more difficult at 16 years of age to have to cope with that and it takes real strength of character, dedication and commitment as well as a dogged determination to fight back and to not only recover, but to come back even better – and that is exactly what this young woman has done. 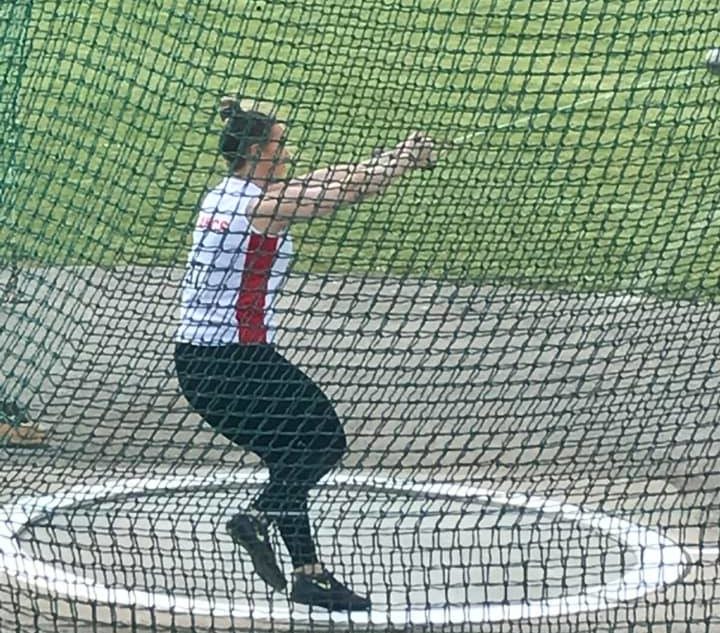 At the weekend, Charlie cemented that comeback in stunning style. On Saturday she competed in two Hammer events on the same day at Loughborough – Senior Women’s Hammer and U20 Women’s Hammer. She came 3rd in the Senior Women’s event (4kg) with a massive new PB throw by 4 metres, of 58.67m and 45 minutes later, lined up for the U20 Competition where she improved her personal best even further with 59.09m which gave her the qualifying distance for the European Junior Championships. A delighted athlete spoke briefly to the Club afterwards commenting that she was “very happy to have come out on my first competition with a huge 5 meter pb and to get the European standard is even better. Hopefully there will be more to come this season!“ 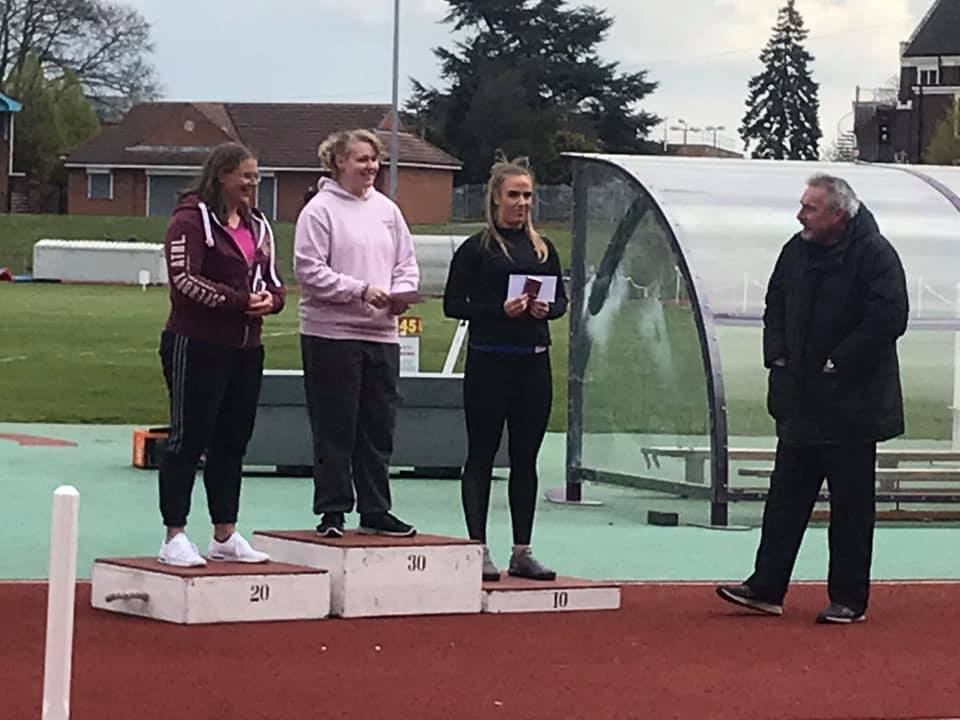 Sam Gaskell is another very talented Hammer Thrower at Blackburn Harriers. As an U17 in 2018 Sam won the English Schools with a lifetime best of 68.75m (5kg) which was the culmination of his season. Prior to that, Sam won the Liverpool Throws & Jumps Open in April with 59.23m (5kg); Won the Lancashire County Championships in may with 64.65m (5kg); Won the Lancashire Schools Championships on June 9th with a throw of 65.18m (5kg); Won the National U17 Championships at Bedford, throwing 67.01m (5kg) and finally came 2nd in the SIAB International at Grangemouth with a throw of 65.58m (5kg).

At Loughborough on Saturday April 13th – Alan Bertram Memorial Hammer Meeting – Sam opened up his season as a bottom of age U20 throwing the heavier weight of 6kg for the first time in competition – and what a good start – as he threw 61.97m to take 2nd place overall. A mention too here for their Coach Michael Hitchon who has helped get Charlotte and Sam to this level and who puts in an unbelievable amount of time, not only with these two athletes, but also in trying to develop a new generation of Hammer Throwers. In terms of National Rankings at this very early stage in the season, Charlotte is in 2nd place with Sam in 3rd. 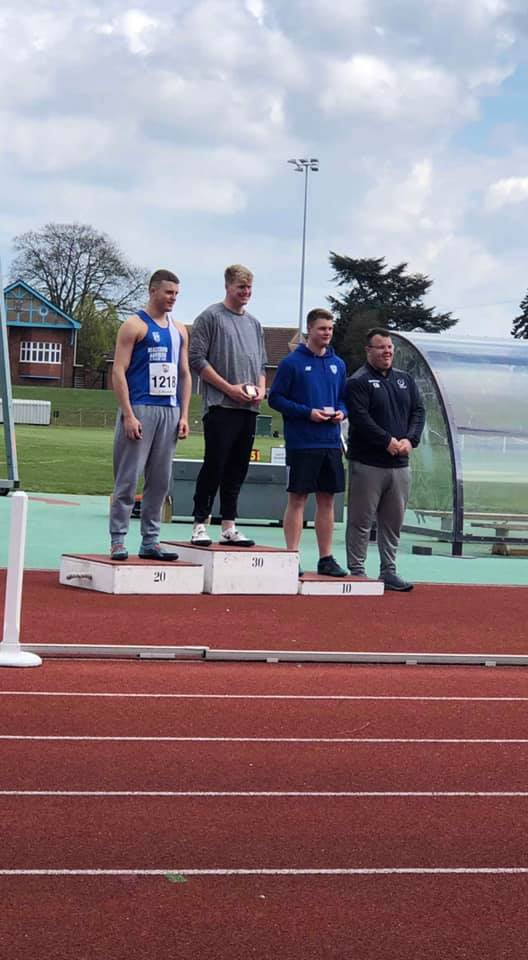