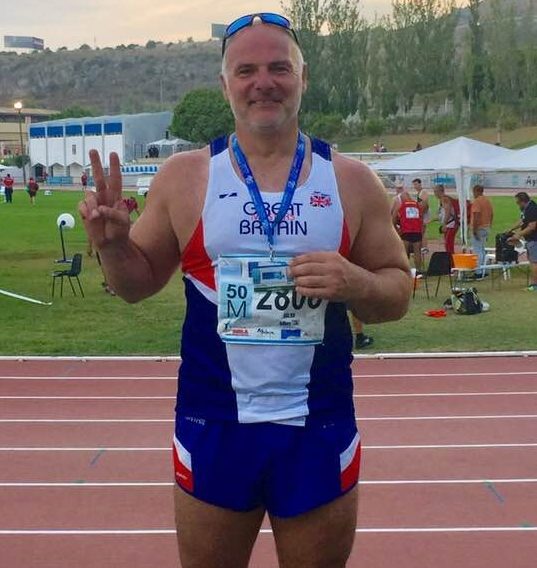 V50 Tony Balko who has been one of the mainstays of the Men’s Senior Throws Squad for the last ten years had two targets for 2018 – the first to help the Club get back into Division One of the Northern League which we accomplished by winning Division 2WC and then going up with the Isle of Man via the Promotion Match held in Doncaster on August 25th. His other main target was the World Masters Championships held recently in Malaga in the Throws Pentathlon. 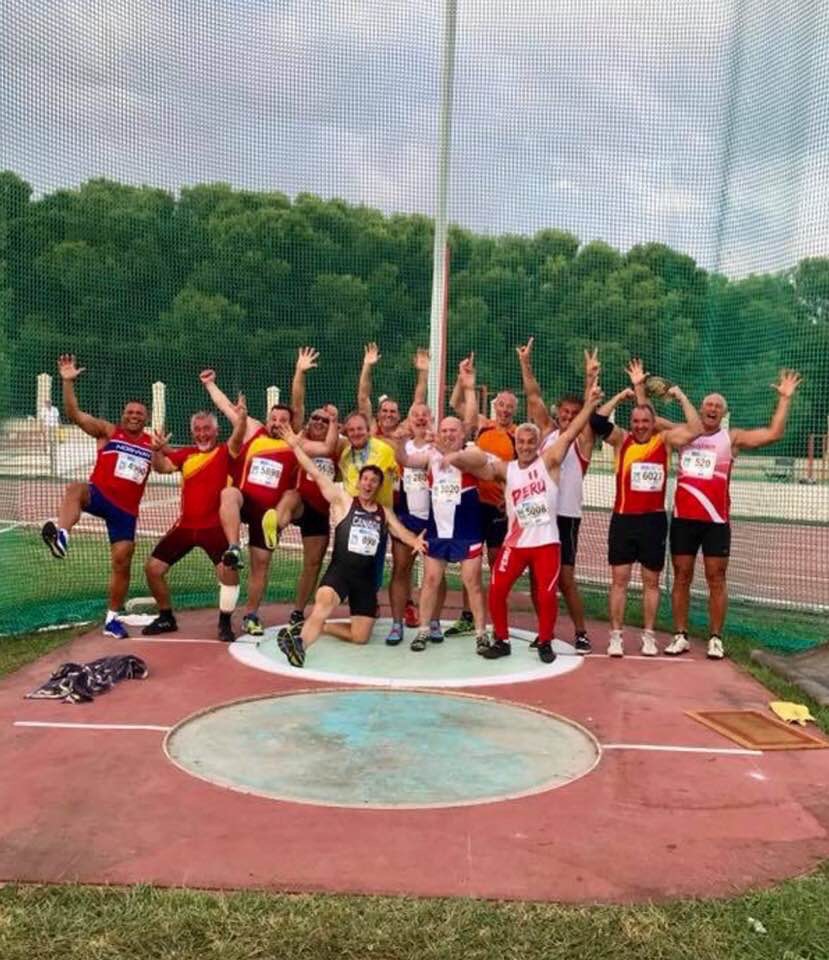 A roll call of what he has achieved over the season speaks for itself as his competitions included setting seven new personal bests and finishing the season UK V50 ranked No.2 in Throws Pentathlon; No. 3 in Weight (11.34kg); No. 6 in the Discus (1.5kg); No. 6 in the Hammer (6kg); No. 13 in the Javelin (700gm) and No.20 in the Shot Putt (6kg) – alongside medalling at Lancashire County, Northern Masters and British Masters Championships.

Tony is already thinking about 2019 where his target will be the World Masters Indoor Championships to be held in Poland in March. 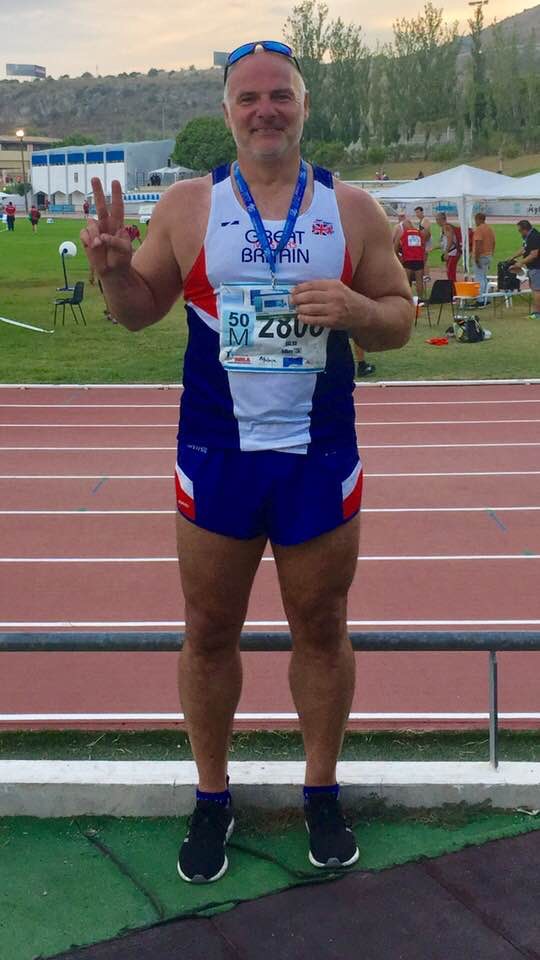 The rain and wind didn’t stop five young Blackburn Harriers from competing at one of the end of season Open Meetings at Wigan – George and Benjamin Whittaker – Isaac Butler, Matt Heywood and Nicky Saunders – yielding 5 wins and three new PB’s.

It was a great day for U15 Matt Heywood as he secured three wins in the Shot Putt with 8.12m; the Discus with 30.48m and his best of the day, a new PB by over three metres in the Hammer of 46.40m which takes him to No. 1 in the North West and 8th in the British Rankings. George Whittaker took 2nd place to Matt in the Discus throwing a distance of 30.35m – a new PB by a metre.

Over fourteen hundred finishers in this Race run on Sunday with the winner – Benjamin Coop – clocking a time of 32.23 to win comfortably by over a minute from second placed Jonathon Walton.

After a fair period out with injury, Ben Costello was back racing and ran a very solid race, his first in nearly two months to come home in 4th place overall with a pretty solid time of 35.36.