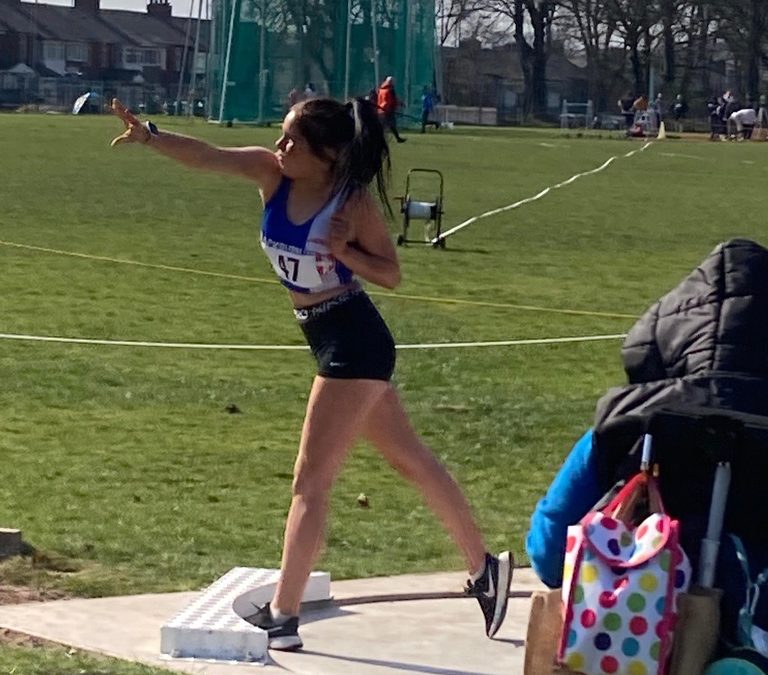 Nearly two thousand finishers in the Wilmslow Half-Marathon held on Sunday March 20th which was won by Jonny Mellor in a time of 64.24 with Ross Millington in 2nd place (65.14) and Chris Perry in 3rd (65.36). Four Blackburn Harriers in the race which produced a top ten finish and three new personal best times over the distance.

Ben Fish came home in the top ten places with his run of 68.14 in 8th spot and ever analytical about his own races, he told us afterwards “Well done to the lads, it’s a great race with pb potential. Wasn’t happy with my run and would have to rank it well below my performances at cross country this year. I’m looking forward to the road relays and still have a few weeks to hopefully improve before the marathon.”  It has been five years since V50 Nick Gaskell last ran a half-marathon running a then personal best time of 75.35 in 35th position. At Wilmslow he demolished that by a minute and 19 seconds to set an impressive new PB of 74.16 and commenting to the Club post race that it was “My 1st Half marathon since 2017 good to be back racing.” The second new PB of the day was run by Chris Walton. His previous best of 78.55 was set in Cheshire at the RunThrough Half in September 2021. Knocking over a minute of that time, he ran 7751 (68th) and told the Harriers that it was a “Great course around the country pleased to get a PB hopefully all the hard work will pay off in 3 weeks going into Zurich half marathon.” The hat-trick of new PB’s on the day was set by Matt Poole whose previous best time was 88.32 in the Manchester Half. Knocking over two and half minutes off that time, Matt set himself a new PB of 85.51 (256th). 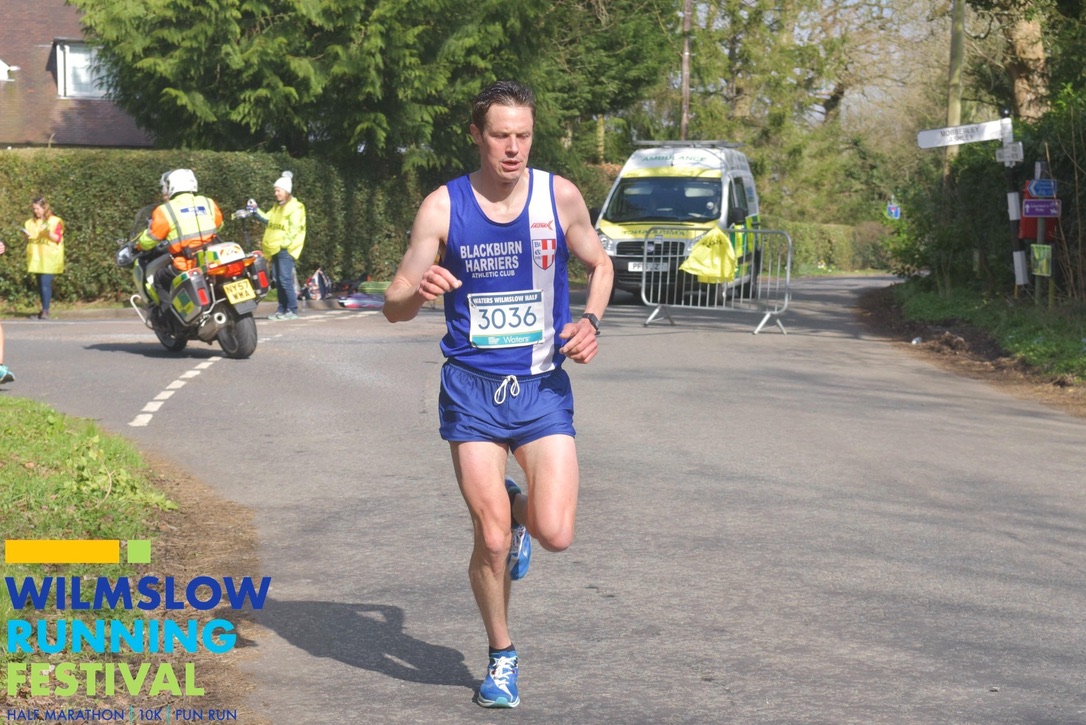 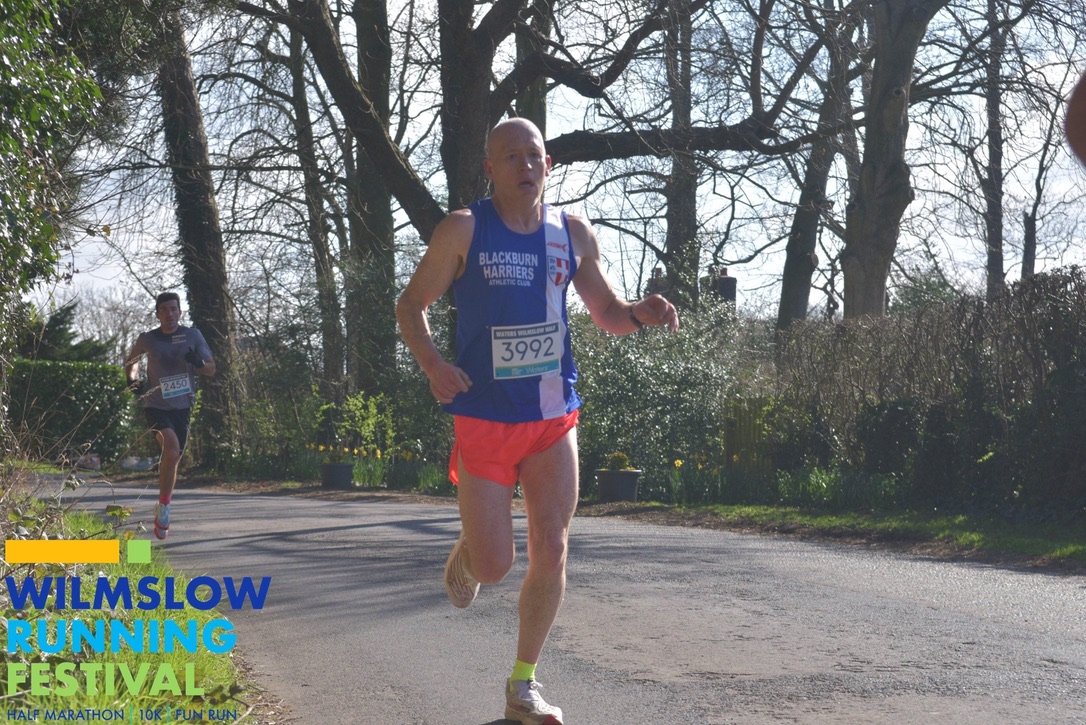 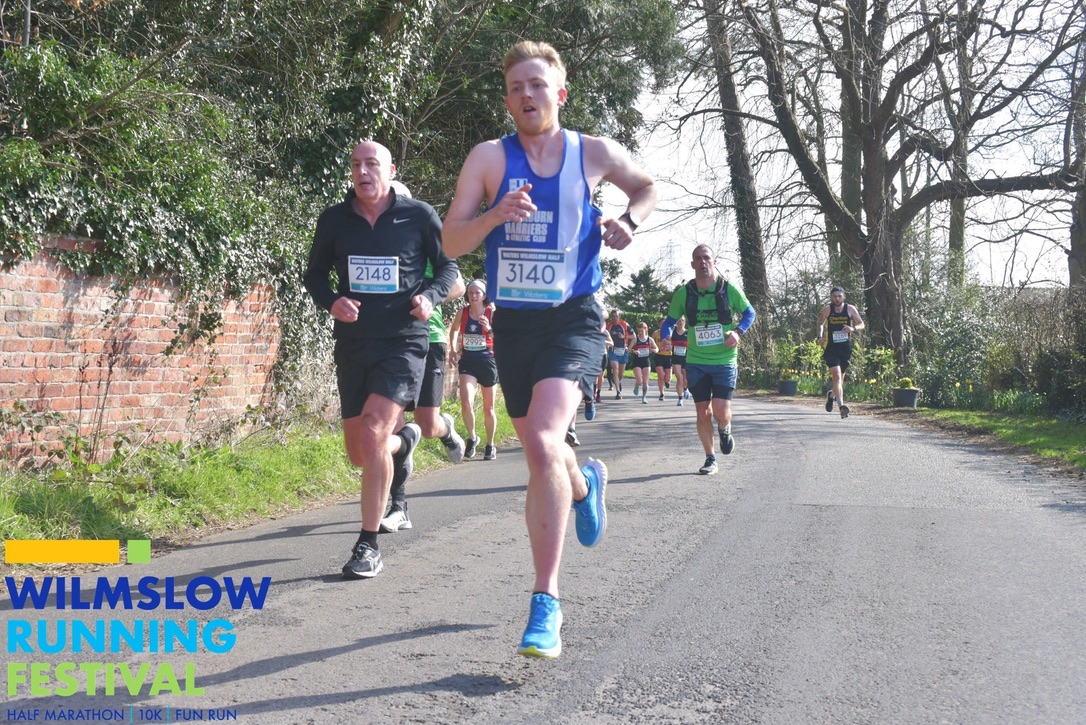 It was a rewarding day for the Harriers Throwers on Sunday over at Bury where Matthew Heywood was male Senior winner and Ava Leigh the Senior female winner. U20 Matthew threw distance of 52.27m in the Hammer – his second competition of the year with Senior athlete Tony Balko throwing 33.62m. U20 Ava Leigh in her first competition won her Hammer competition with a throw of 49.15m. Bottom of age Kady Thompson (U17) placed 5th in the Discus with a best of 15.20m as first year U15 Loucas Lancashire started his 2022 season with a distance of 21.72m in his Javelin event. Bottom age Isabelle Hartley was at her first throws event of the season in the Javelin – throwing a best of 18.24m alongside Kady Thompson in the same event who threw a distance of 22.73m. In the Shot Putt, Kady went on to throw 6.44m with Isabelle throwing 6.82m in the same Pool and Senior Tony Balko had a best of 10.05m in his Shot Putt 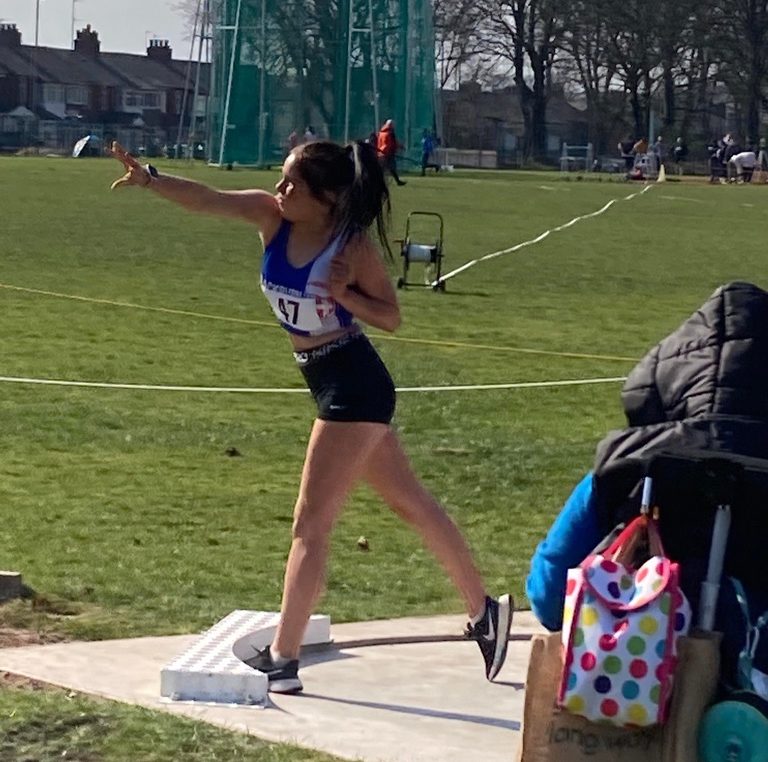 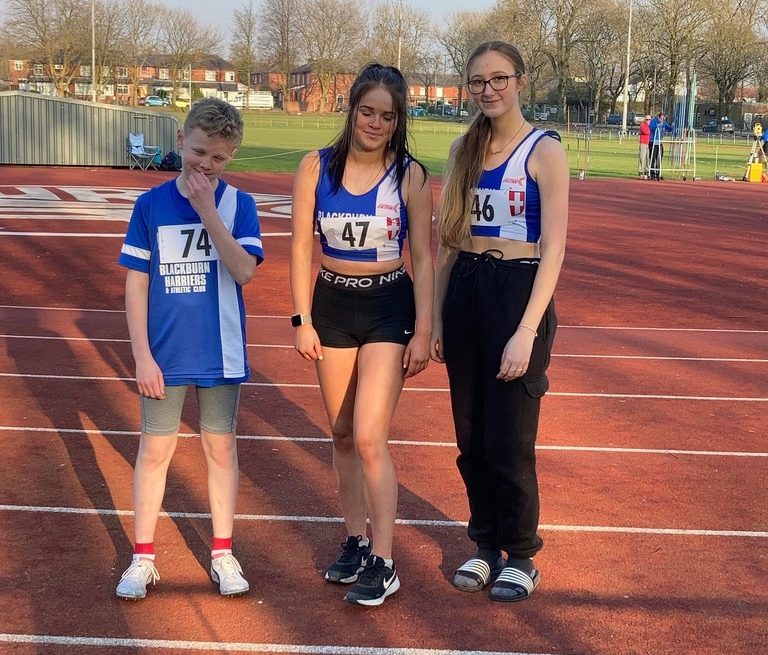 Matthew and Charlotte Smith had qualified for the 2022 National Championships in Bath from a regional competition at Edgehill in January –  Matthew in U14s and Charlotte in U12s. They both qualified and competed at the 2021 competition last October.
Matthew finished 12th this year out of a field of 40 biathletes, one place lower than last year, but improved his 100m swim time by 5 seconds to 1:10.91m (17th place) and ran 1600m in 5:18.88 (5th place), 7 seconds slower than last year in very windy conditions.
https://pentathlongb.org/media/u14-b-4.pdf 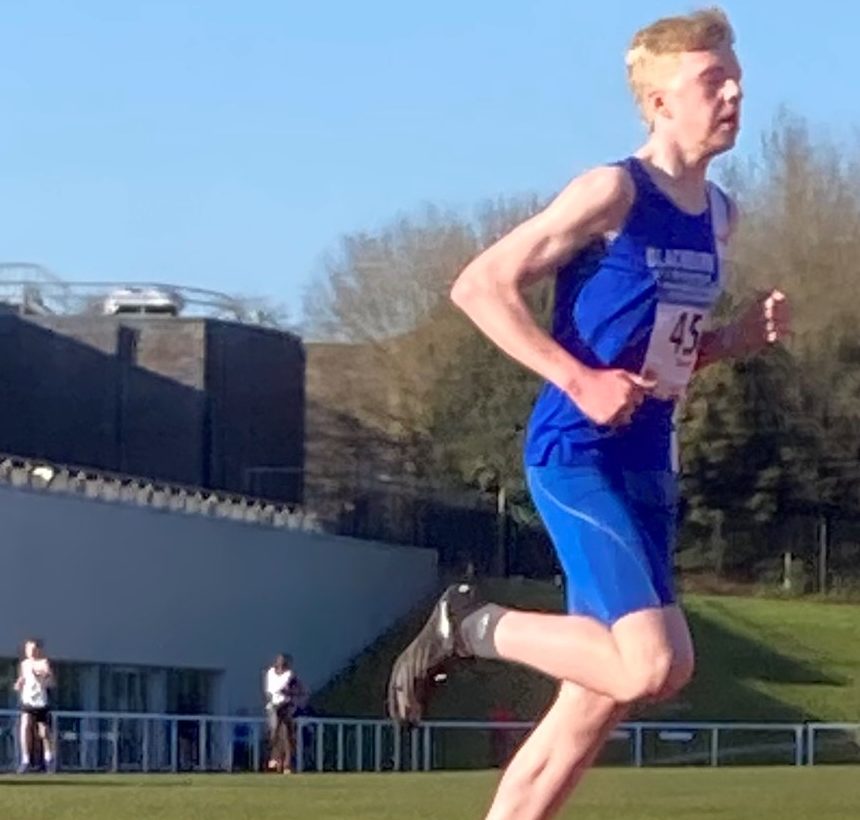 Charlotte had a really good competition against 95 other girls in her age group (Under 12s), competing for her school. Last year (in October), she came 74th but she bettered that this year by placing 47th. Her swim time was 44.94s for 50m (knocking 6 seconds off her time from last year) placing , and her run for 800m was 2:52.84m  (knocking 9 seconds off last year’s time).
https://pentathlongb.org/media/u12g-27.pdf Two hundred and forty eight runners finished this race including Blackburn Harriers father and son – Jonathan and Joe Bridge – who had taken on this Fell Race on Sunday run over 25k and nearly a 1000m of ascent. The race was run in good weather, to the surprise of some veterans of the race and was won by Ilkley’s Tom Adams in 1 hr 47.58 with Nick Leigh (Horwich) in 2nd 1 hr.52.42 and Calder Valley’s Karl Gray in 3rd – 1hr 53.30. Joe came home in 20th place with a time of 2hr 11.43 whilst Jonathan crossed the line in 159th spot in a time of 2hr 55.00.