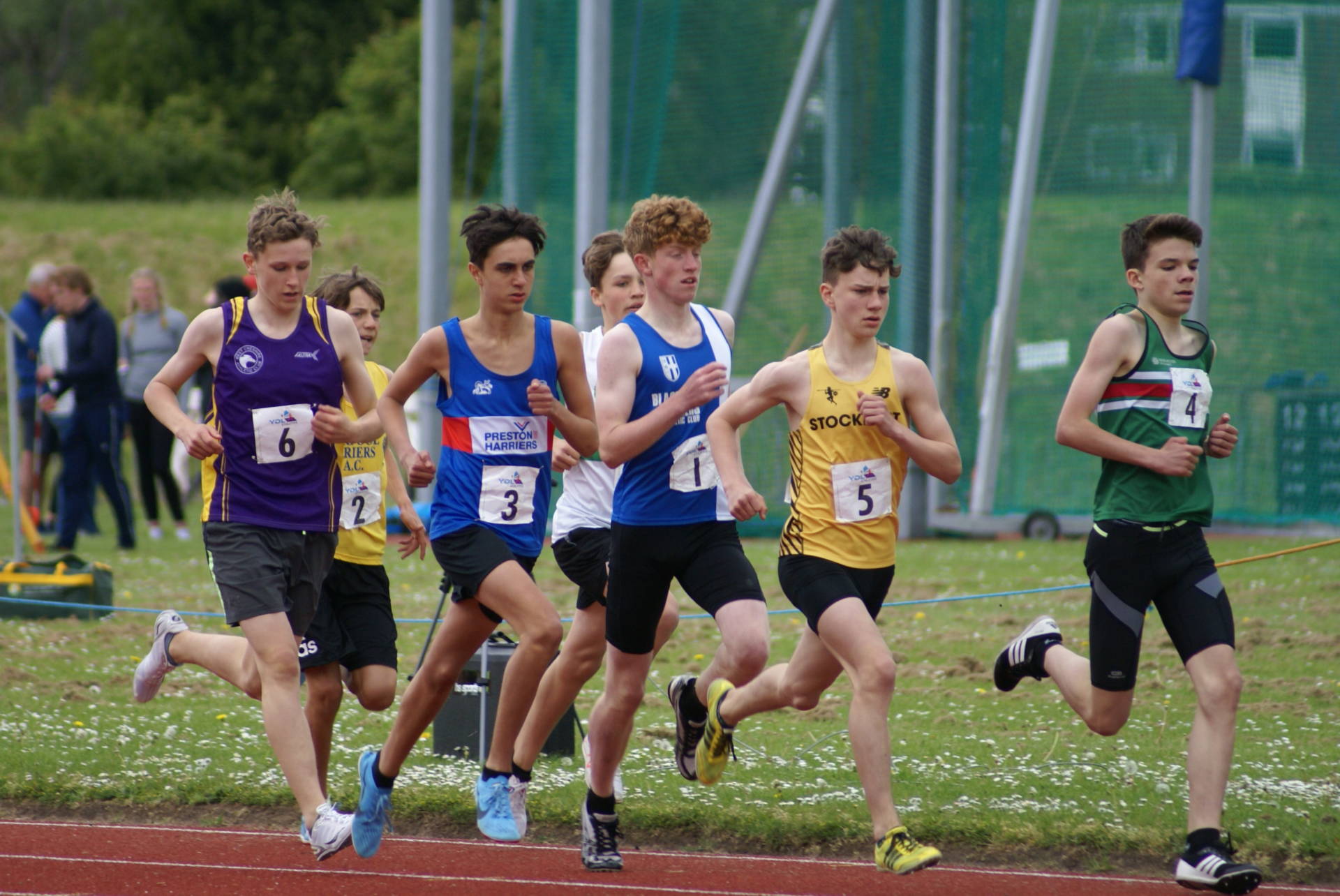 A difficult day for the Harriers with seven youngsters all dropping out in the week leading up to the Match coupled with some injuries on the day meant that we were unable to fill all the slots on the Match programme. Congratulations to the Team managers though, for doing a great job to get athletes in the maximum number of events with a number of them trying something for the very first time, just to help the team – great team spirit on display. After finishing 6th on Saturday the Club is currently in 5th position overall and needs a good result in the next Match at Bebbington on June 22nd.

Not every athlete is mentioned in this report, but everyone who stepped in to do events unfamiliar to them deserve our congratulations for putting the team first. 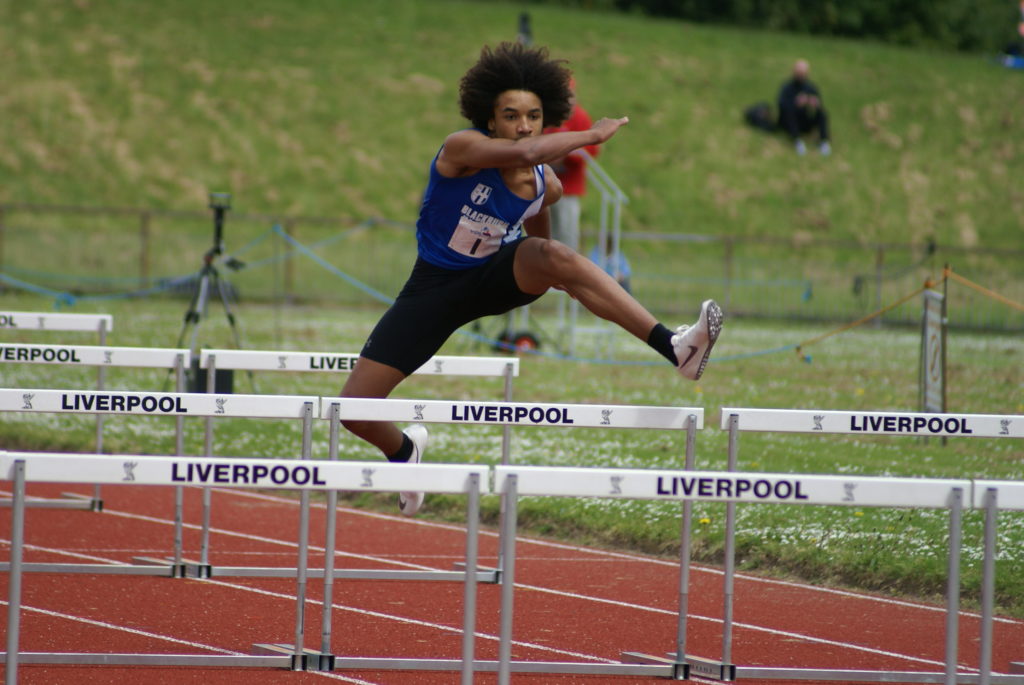 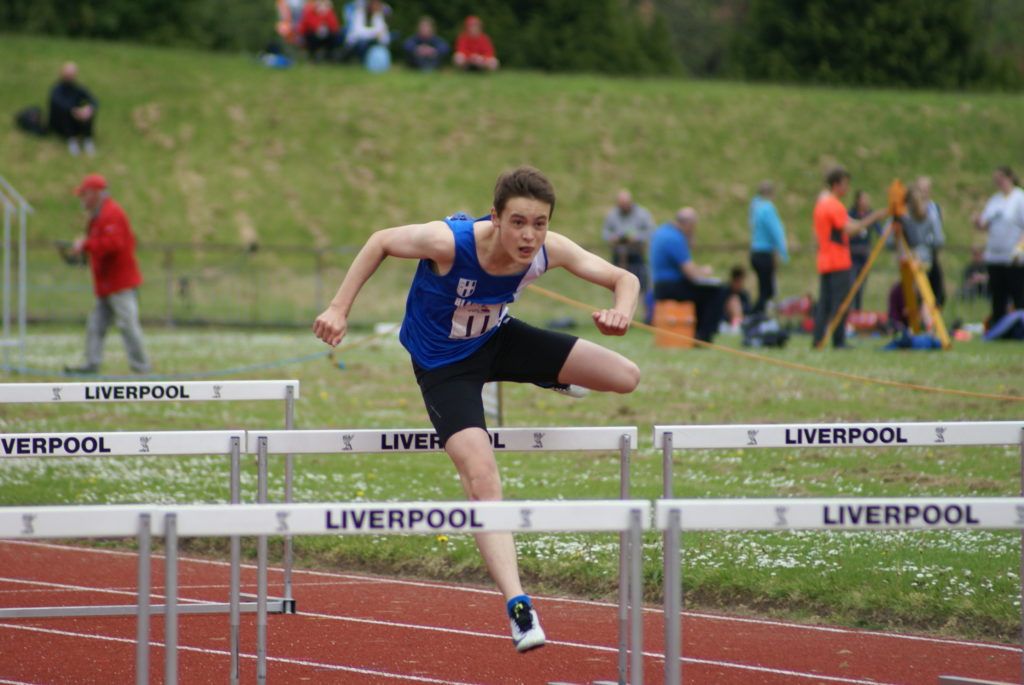 U15 Zachary Walmsley ran over a second quicker in his 200m’s to set a new PB of 26.23 and U15 David Holman chopped three seconds off his personal best in the 1500m to set a new PB of 4.44.64. In other U15 Boys events – Codie Dewhurst equaled his High Jump best of 1.25m and set a new PB in Discus (11.95m). Rory Teare and Hayden Mercer are battling for the ‘brownie points’ as both set new PB’s in the Pole Vault of 2.20m in 2nd place for both ‘A’ and ‘B’ events. Hayden also set another new PB in the Shot Putt, adding 33cms to his previous best for a new distance of 8.38m. Kyle Taylor-Pomfret added nearly two metres to his best in the Hammer with a new PB of 29.82m and Stephen Alberts, helping out the team threw 5.55m in the Shot Putt for a new PB there. 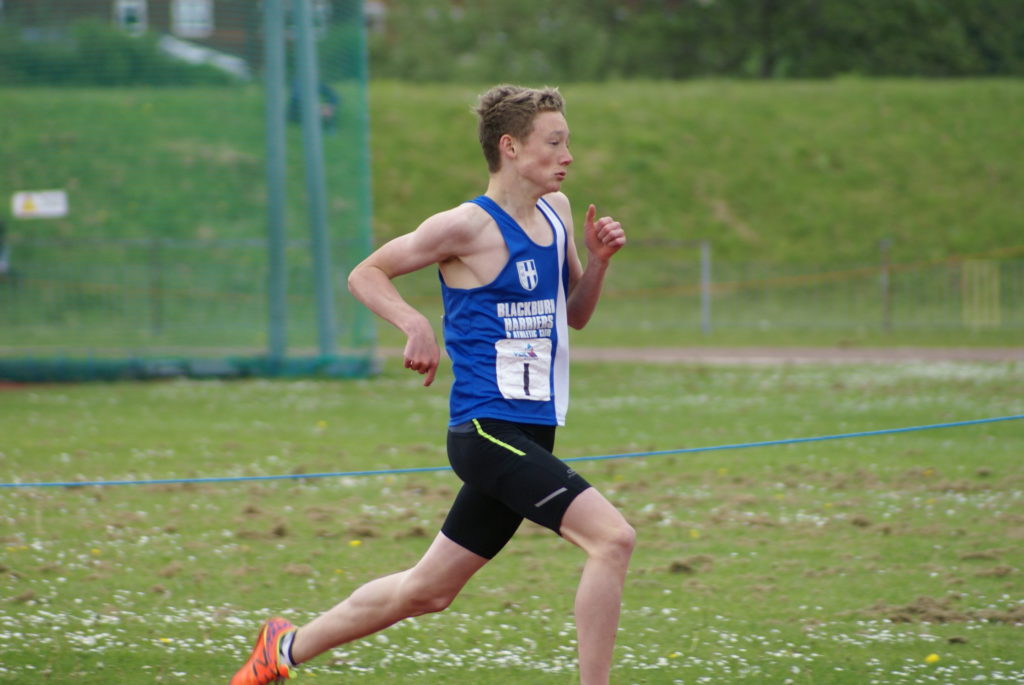 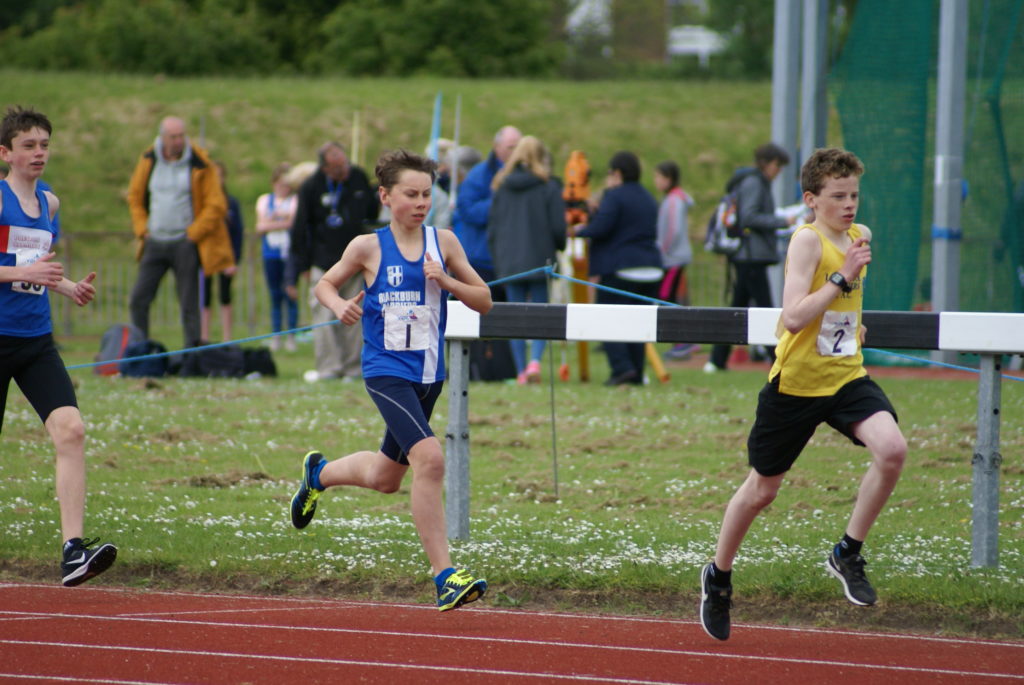 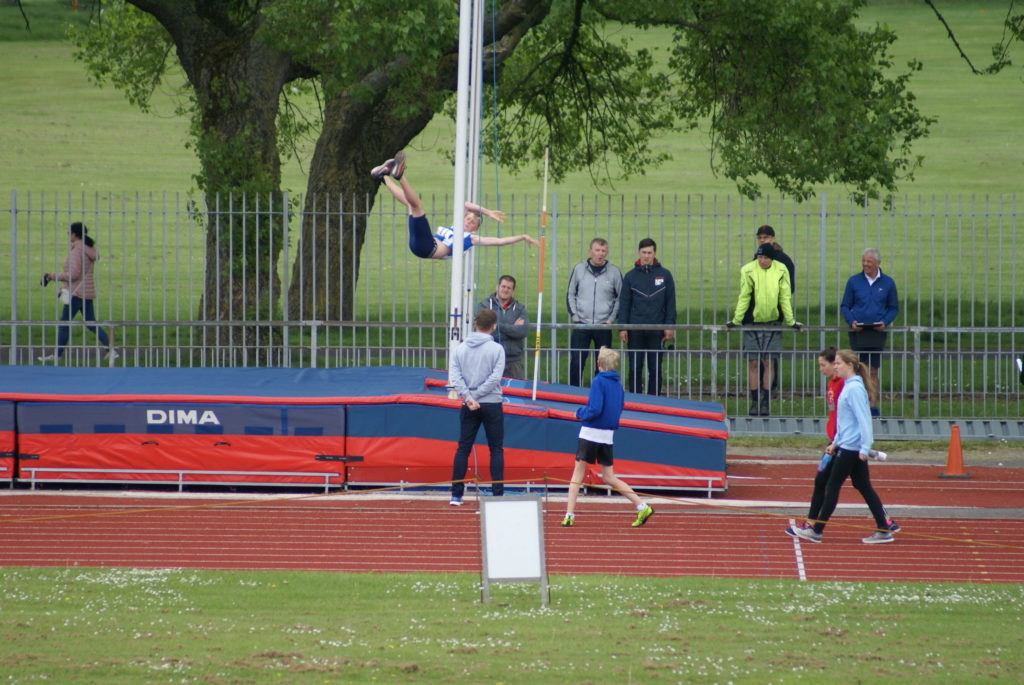 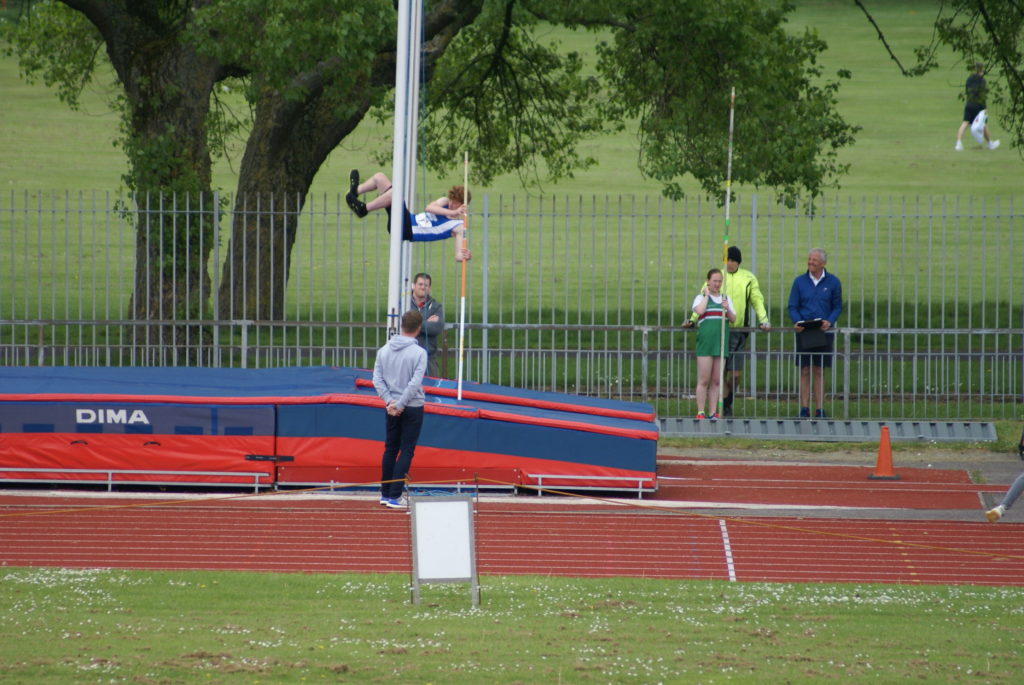 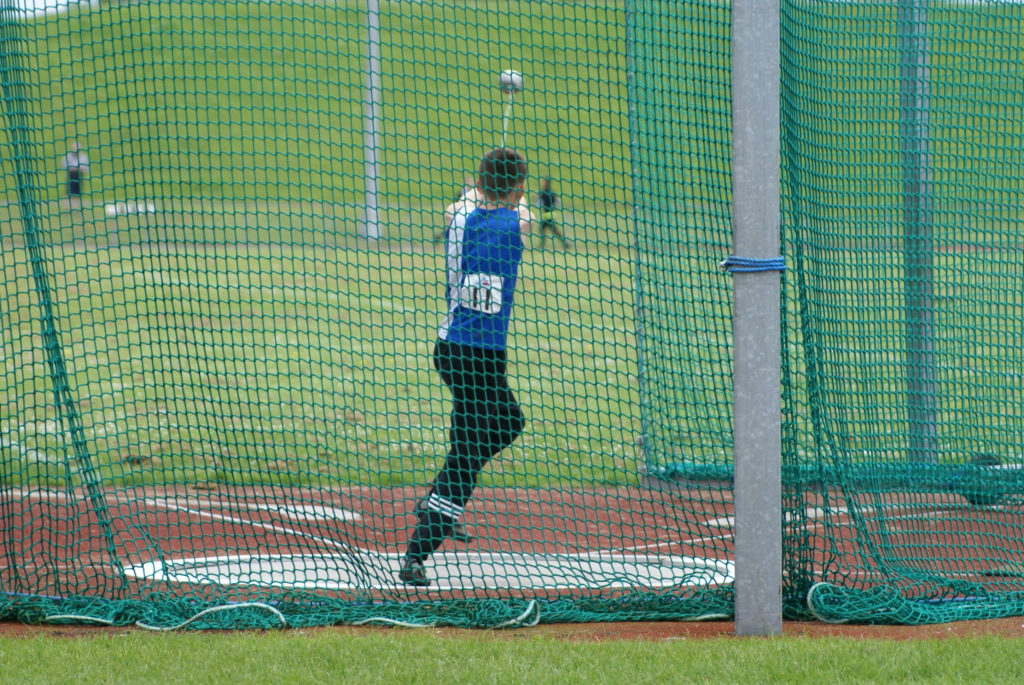 Highlight performance for the U15 Girls came from Nicky Saunders in the Throws as she won all three events  – Discus with 28.84m, Hammer with a new PB of 38.56m and Javelin with 24.98m. Nicky has already thrown English Schools qualifying distances for both Hammer and Discus. There were new PB’s for Skye Greenacre in the 100m with her 14.46 clocking followed by a High Jump new PB of 1.35m. Racheal Jesse ran 28.91 in the 200m for a new PB and clocked 13.83 in the 100m – a distance she hasn’t done previously. Hollie Cubbon knocked over a second off her 300m time for a new PB of 47.59 whilst Keira Haxton continued with her trend of setting new PB’s everytime she races in recent weeks with 30.25 in the 200m and 2.31.46 in the 800m – an improvement of over 3 seconds. 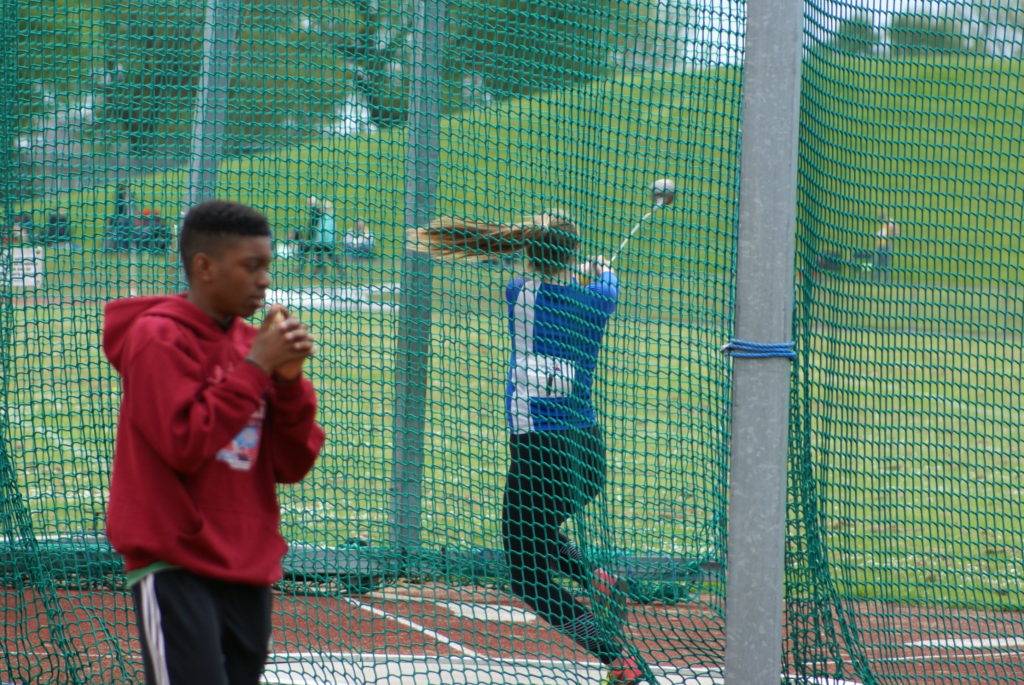 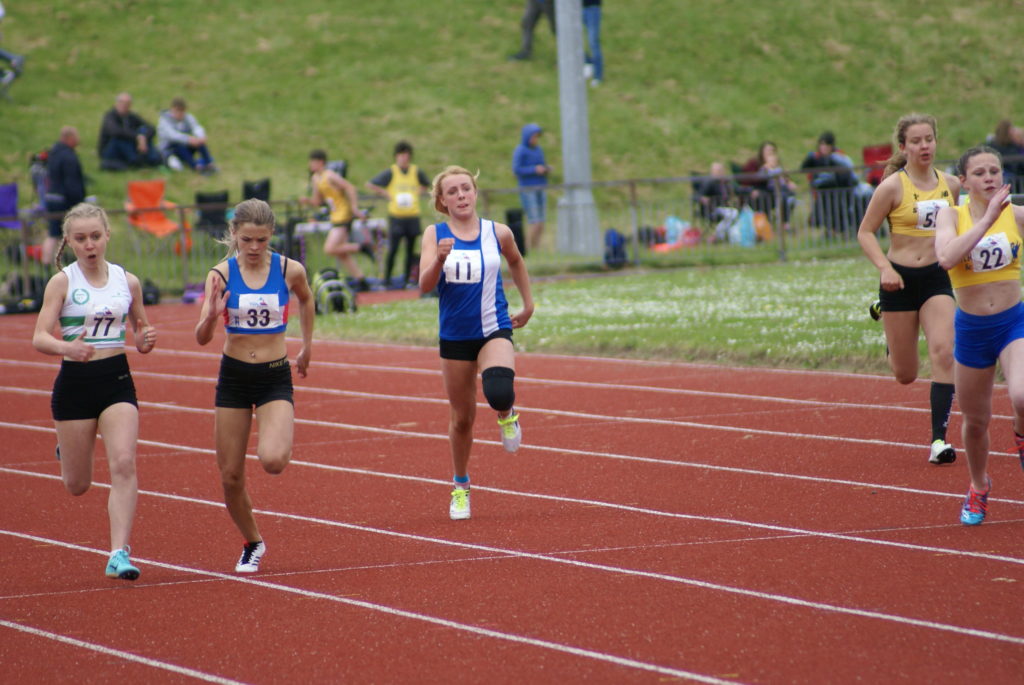 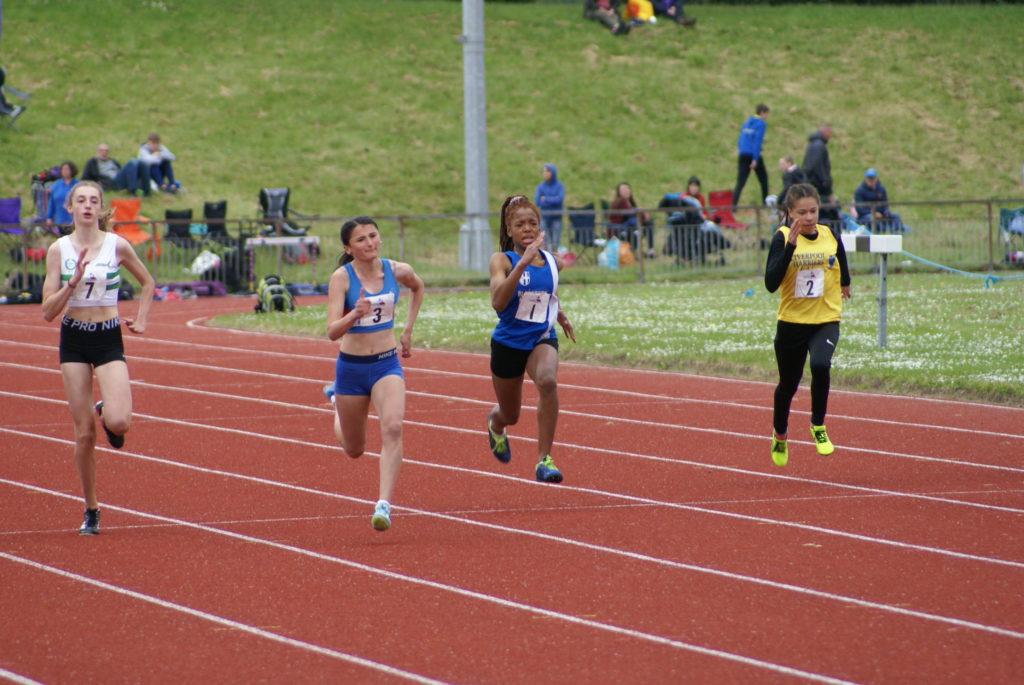 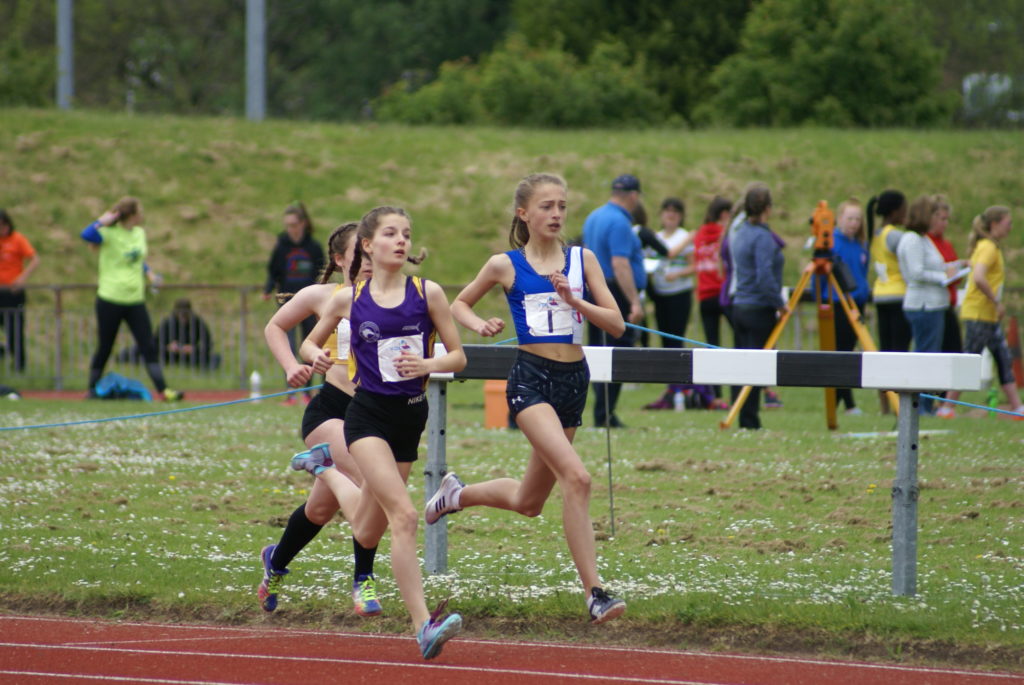 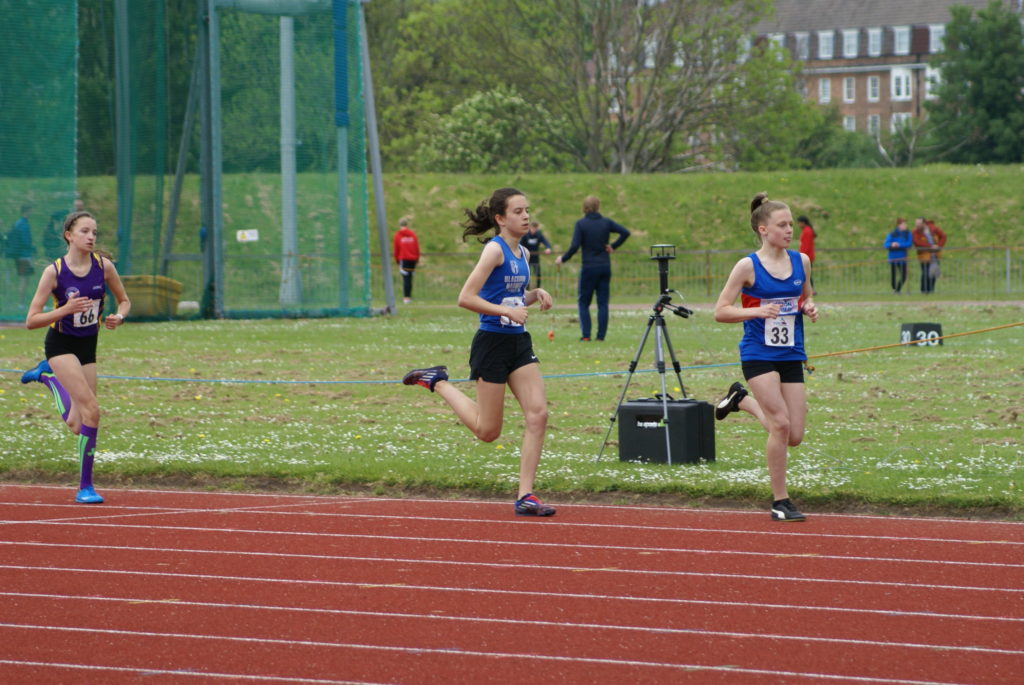 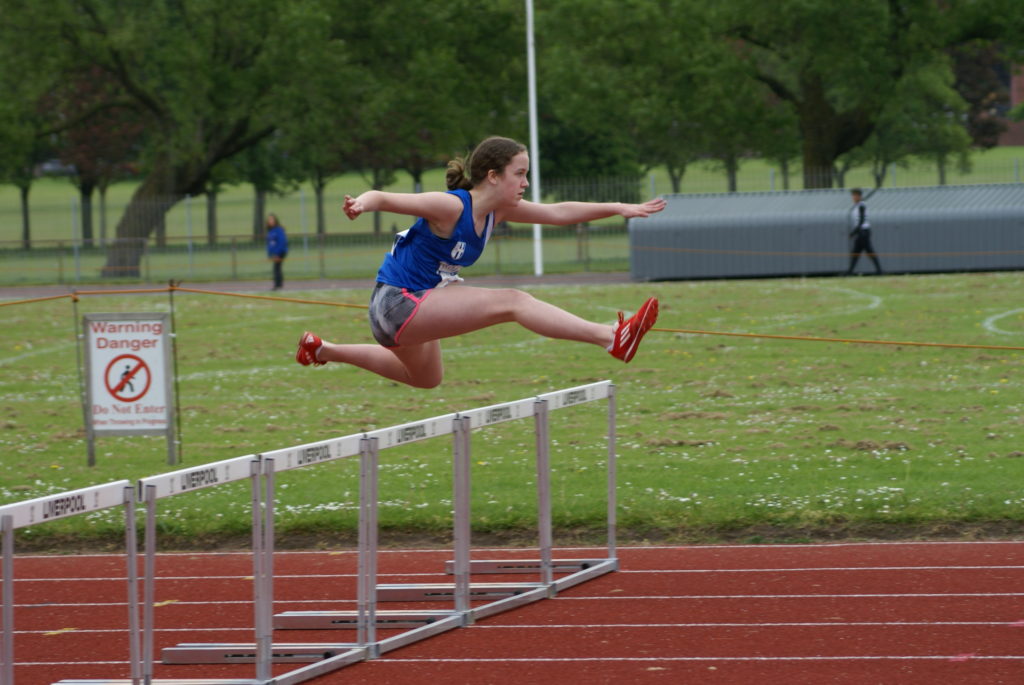 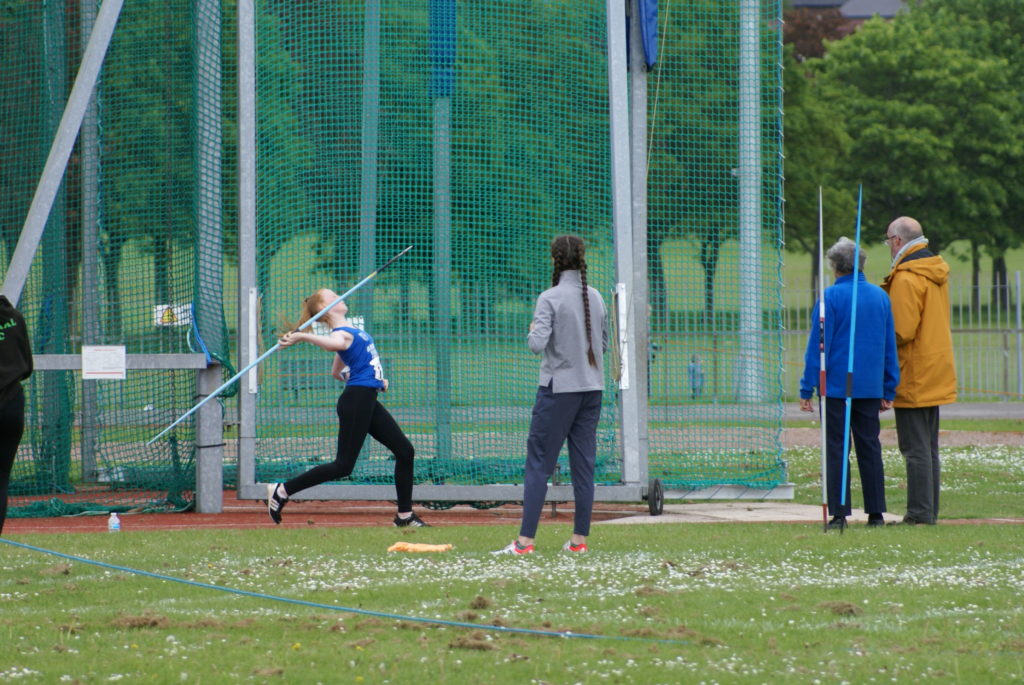 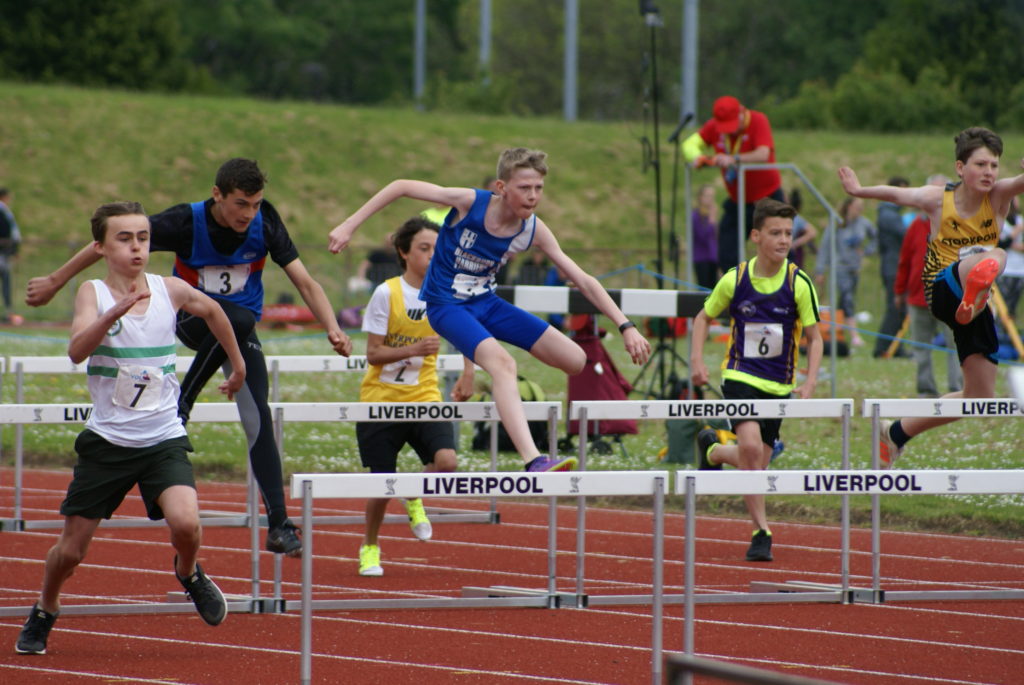 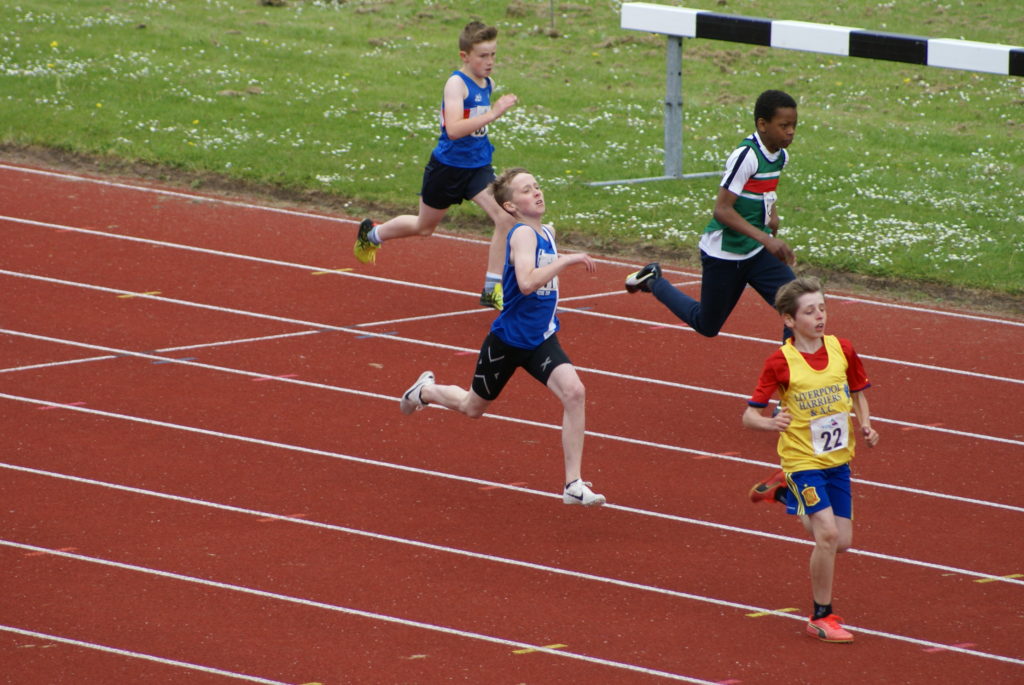 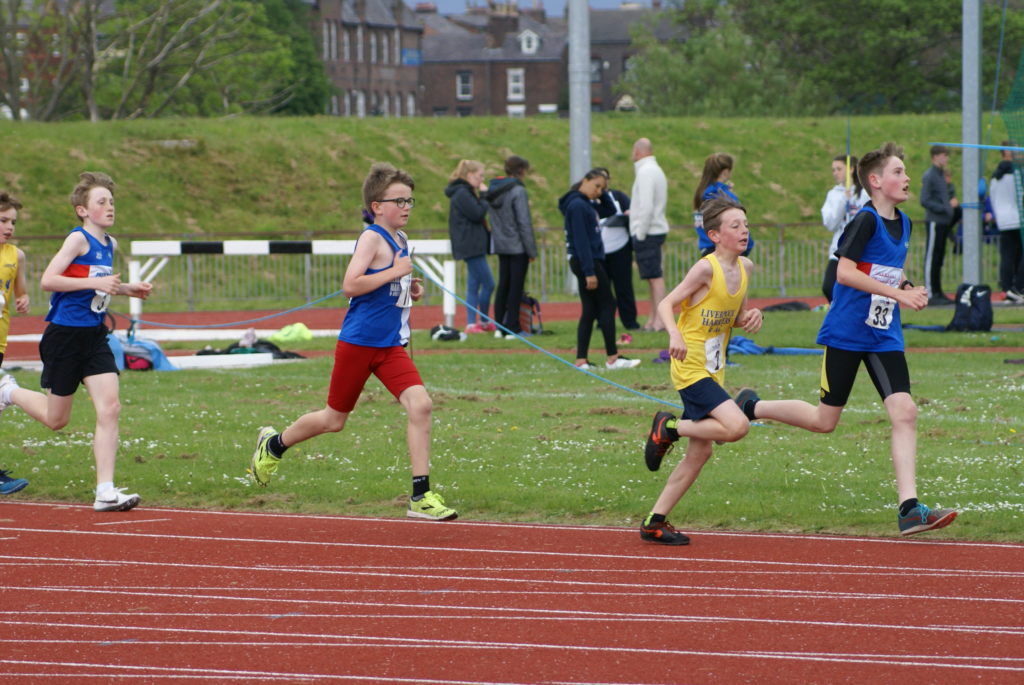 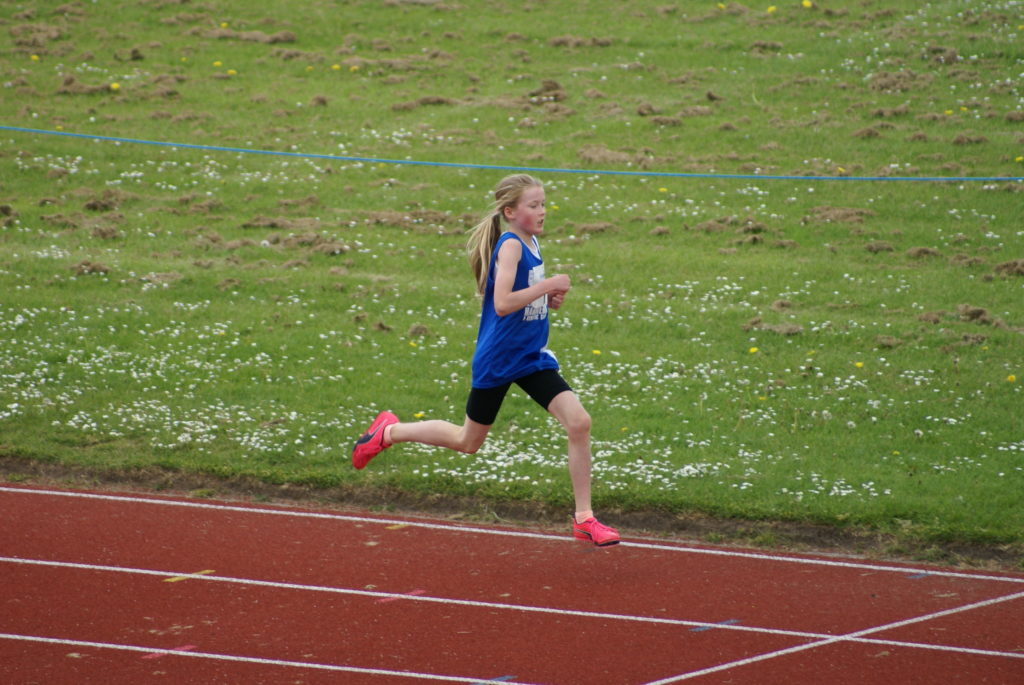 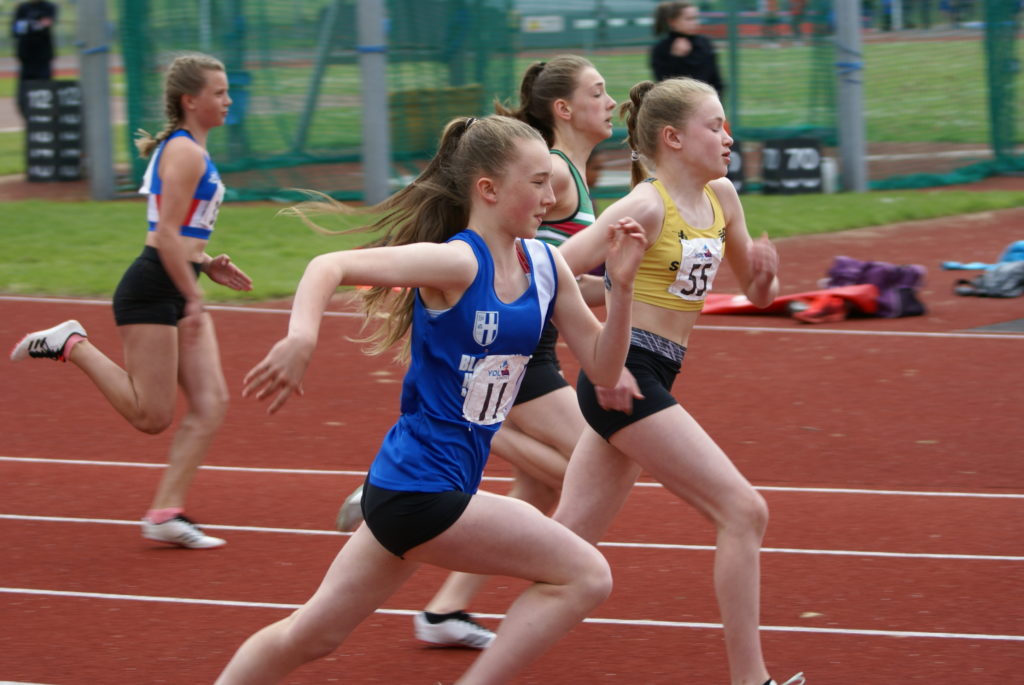 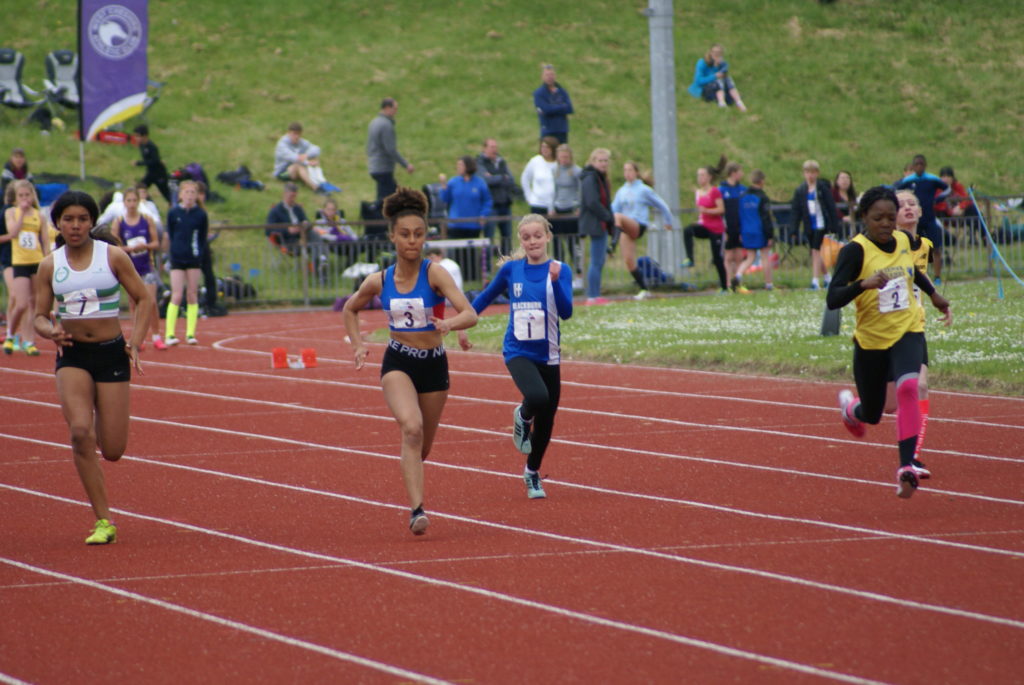 Well done to Hollie Cubbon who had a nice win at the Festival Aquathon on Sunday. The Swim had to be cancelled due to blue algae which left the 3k run – and won by Holly in a time of 11.58. She got a nice little bonus too, winning around £100 worth of prizes to make it a very good end to the day.

A number of Blackburn Harriers competed int his event at the weekend with some pretty good results, especially for the youngsters.

This Duathlon Parents Race comprises a Run of 1200m followed by 3900m on the Bike and ends with a second Run of 400m. Juniors do a Run of 2k, a Bike Ride of 7.8k and finish off with a Run of 800m. Michael Sharp, his son Saul Sharp and Codie Dewhurst all entered this event, and for Michael, this was his first competitive action for a long while following a hip operation.

After the event finished, Michael commented on the day “Well done to Saul and Codie today in the Salt Ayre Duathlon, a bit out of their comfort zone on the bikes but did fantastic in 15th and 16th positions. Bike upgrade needed.Well done boys,some very fast lads on the bikes,both ran really well.They did a 2k run followed by a 7.8k bike ride and ended with a 800m run. On a personal note, this was my first competitive action since 3rd October 2016. Why not have a go,1200m run, 3.9k bike, 400m run. Loved every second of it and finished 2nd in the Parents Race. Decent pace around 7:40 on 1200m off virtually no training. Still buzzing”.

Won by Jacob Kiplimo in a time of 27.31, V50 Jonathan Bridge joined the thousands of runners and came home in a time of 42.17. Jonathan wasn’t alone and made it a family affair with wife Claire clocking 52.57 and son Joe running a time of 38.31.