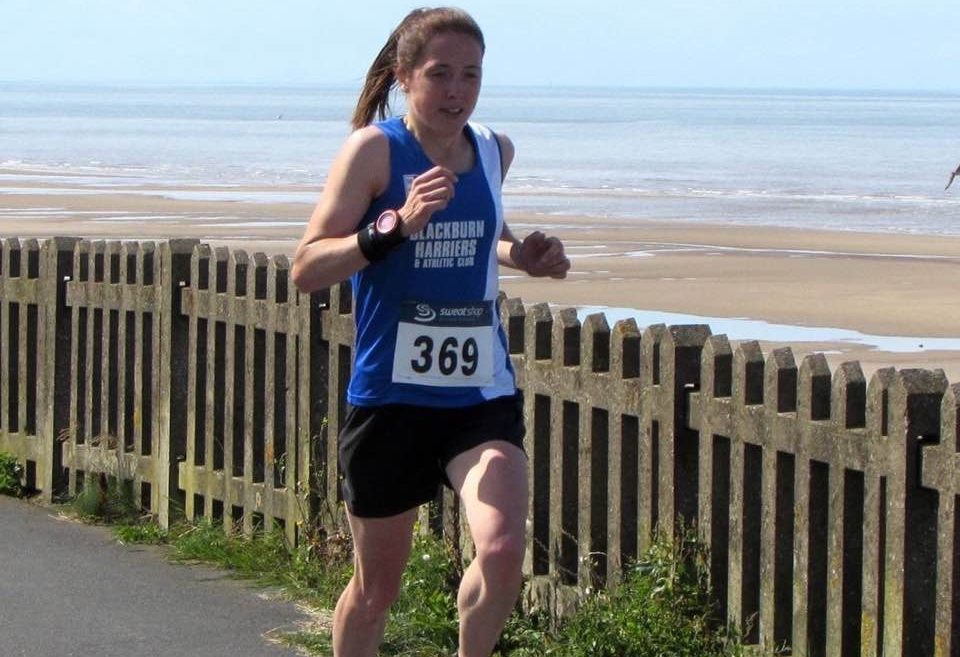 It was a warm day for the two hundred and forty seven runners competing in Blackpool yesterday in this seaside 10k won by Rob Webb in 33.11. 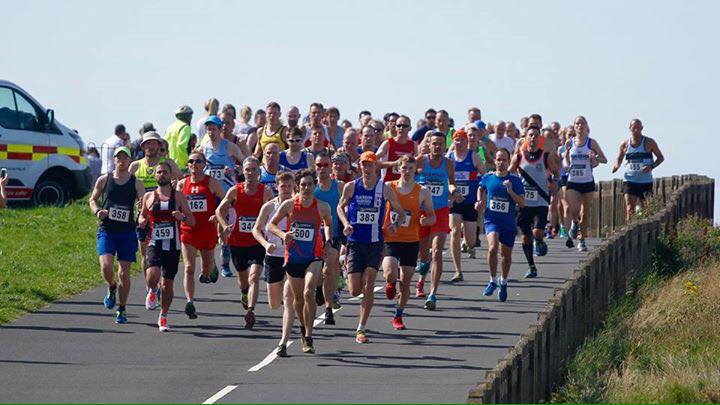 Although the Harriers had two men in the first seven, honours on the day go to the Harriers women who won the Women’s Team Race led home by Victoria Mousley in 21st place overall – 1st Woman  and 1st V35 in a good time of 39.14. Maddie Elliott was 1st Junior Female in 57th spot with a time of 43.05 with Lindsay Davies running a new PB in 121st place in a time of 50.04. 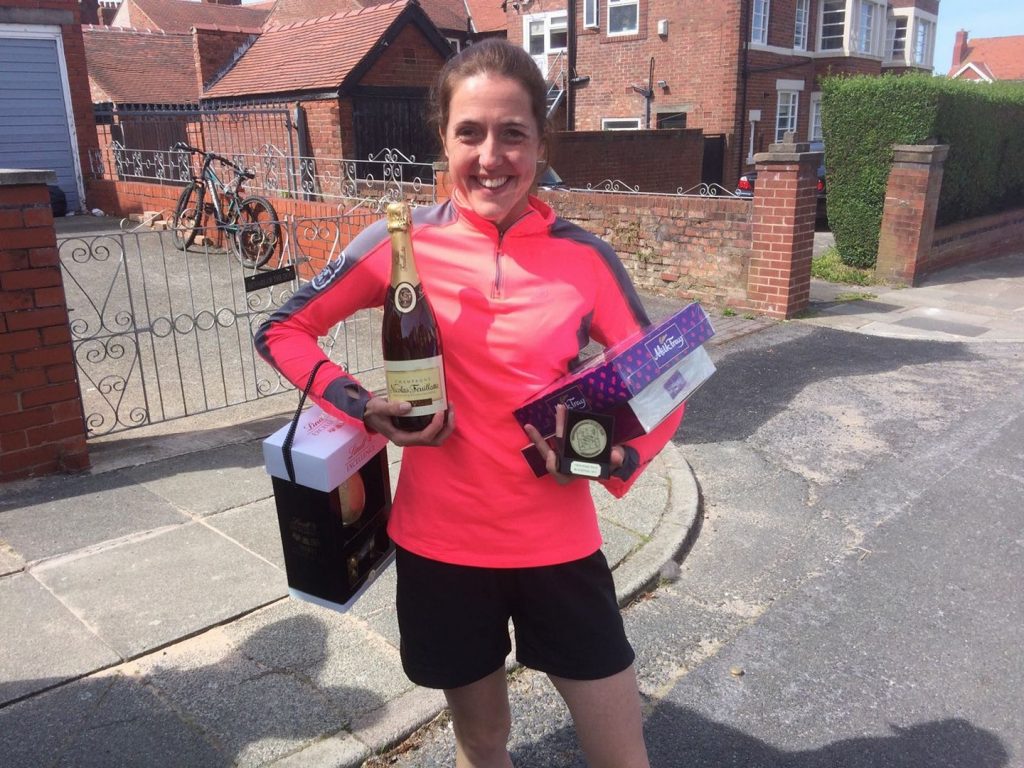 (Victoria with all the Prizes) 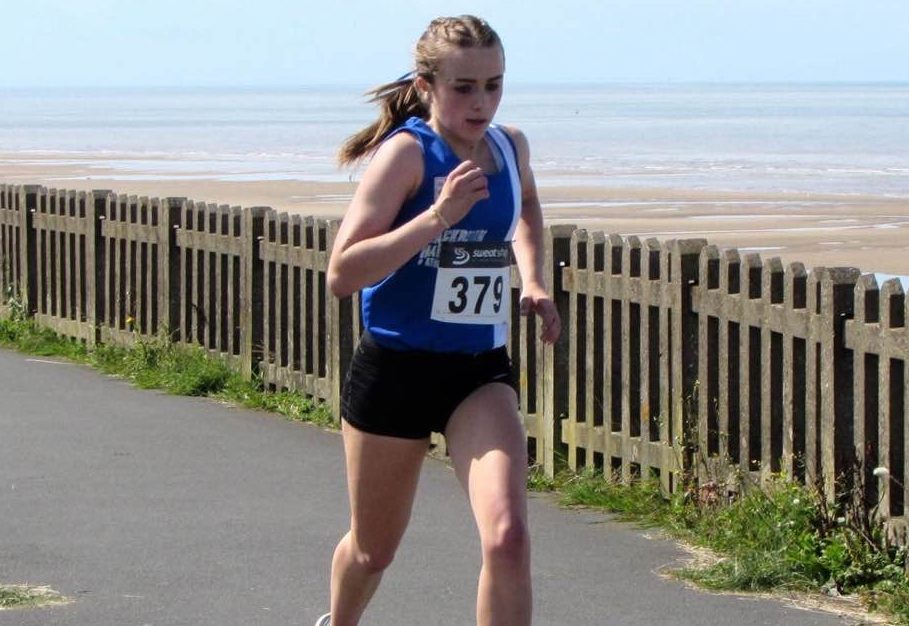 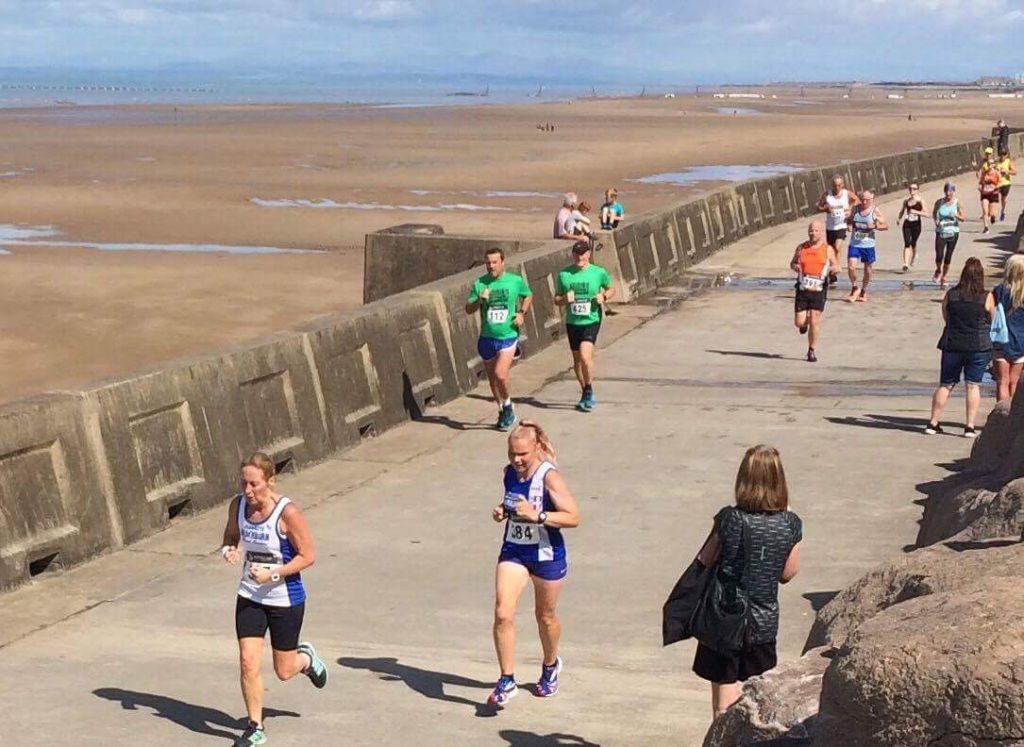 Chris Davies was the leading Harrier in for the Club placing 4th in a time of 34.22 and 2nd V40. Ben Costello came in just three places behind in 7th position with a time of 36.34. In only his second race of 2017 V65 Evan Cook was home in 77th spot with a time of 45.08 followed by V50 Ian Clarkson in 80th running a new PB in 45.27 – well over a minute faster than his previous best. After the Race Ian Clarkson commented that it was a “A flat tarmac affair, up and down the Prom!!  A fast and hard race, made easier with Evan Cook pacing with me for 5 mile then the legs started to tire, but I crossed the line in 45:27 and got myself a PB. Happy days and many thanks to Evan Cook for the team work, appreciated”. 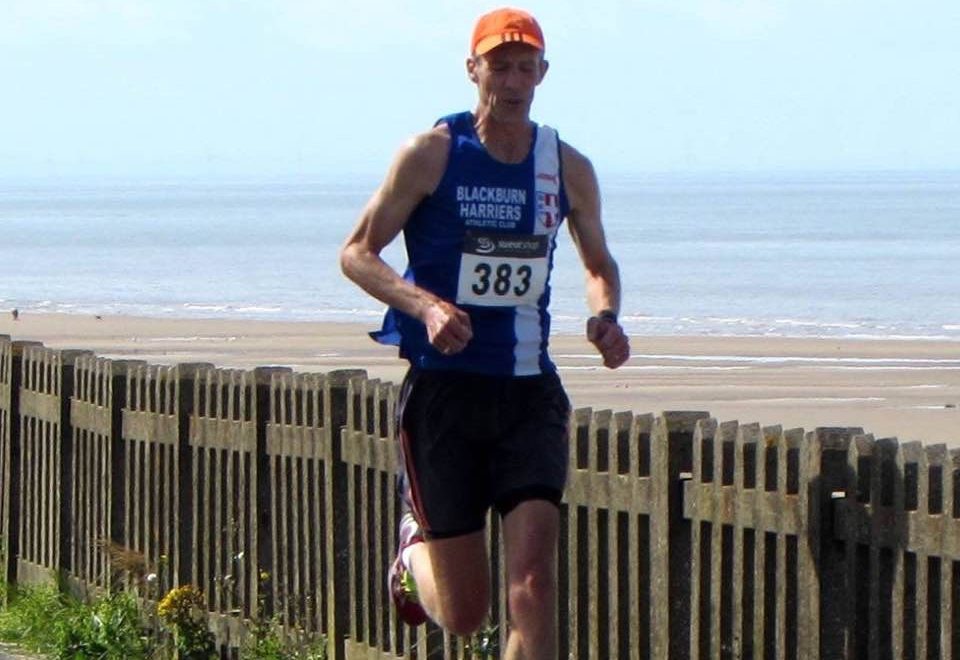 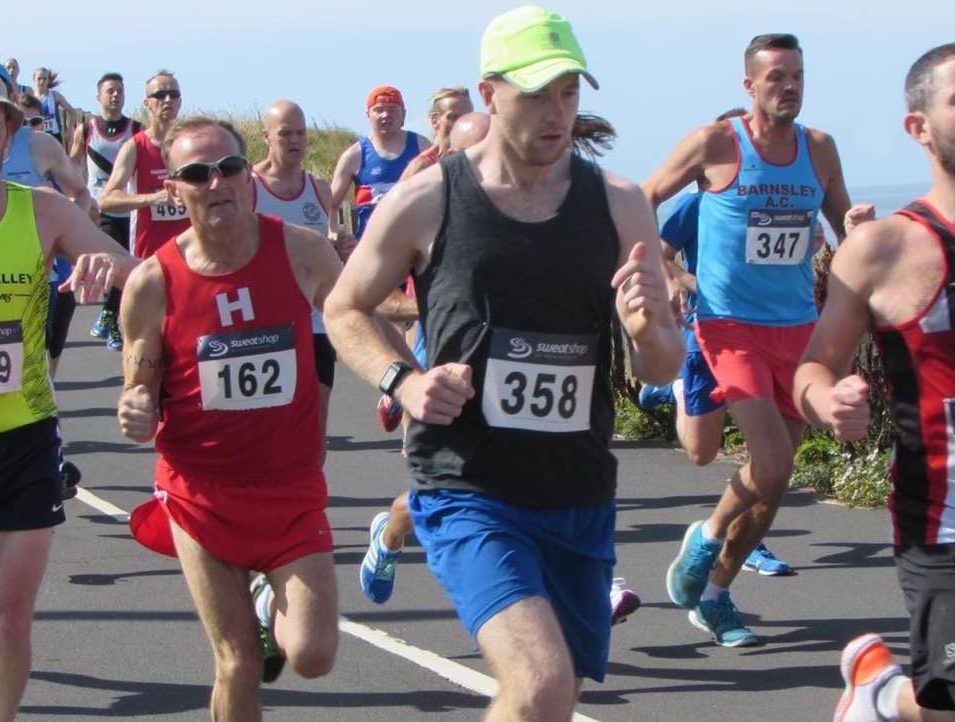 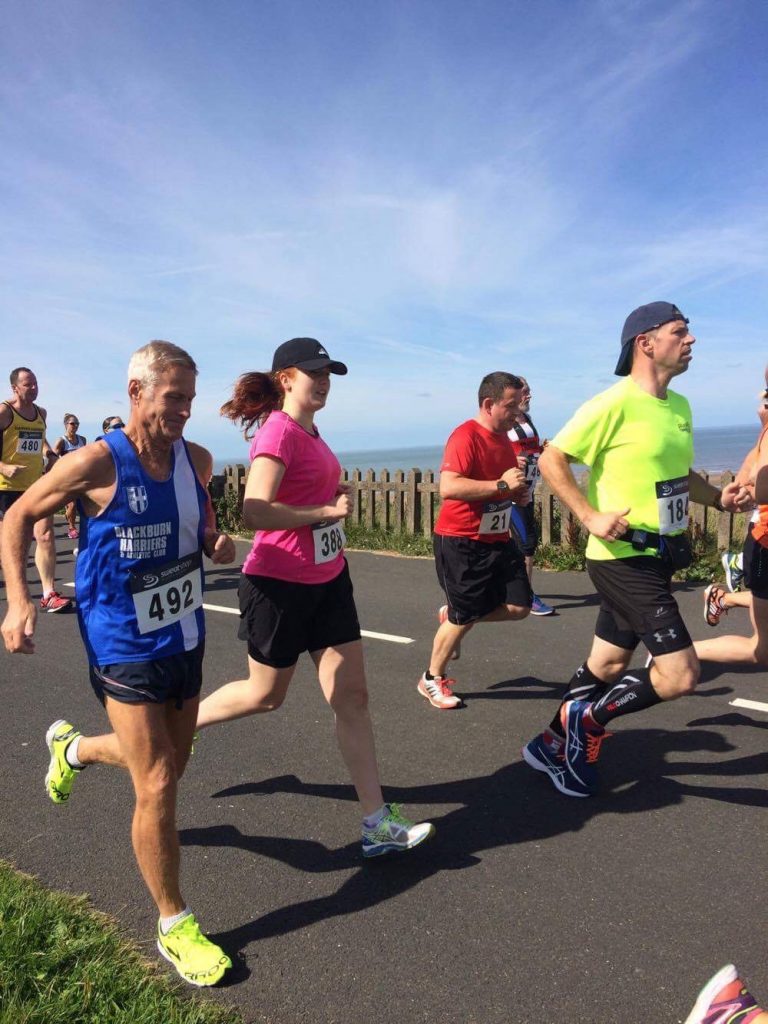 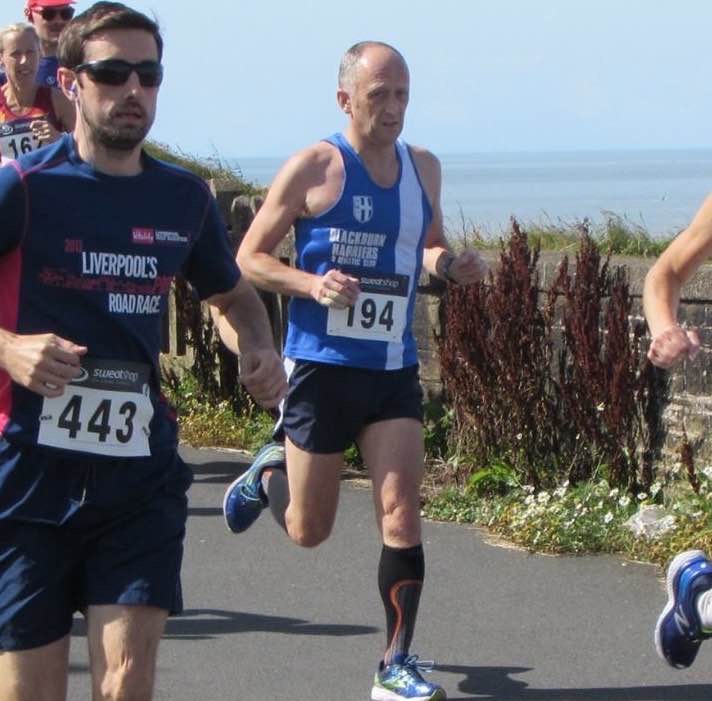 Dexta and Felix Thompson raced at the final Bofra race of this years Championships at Arncliffe on Saturday. Dexta who went into the final fixture in 2nd place overall behind William Hall finished 2nd (6.51) to William (6.45), a duel between the two which has enlivened the entire Series and good to see such good competition. Felix finished 5th in his U9 Boys Race in a time of 5.55 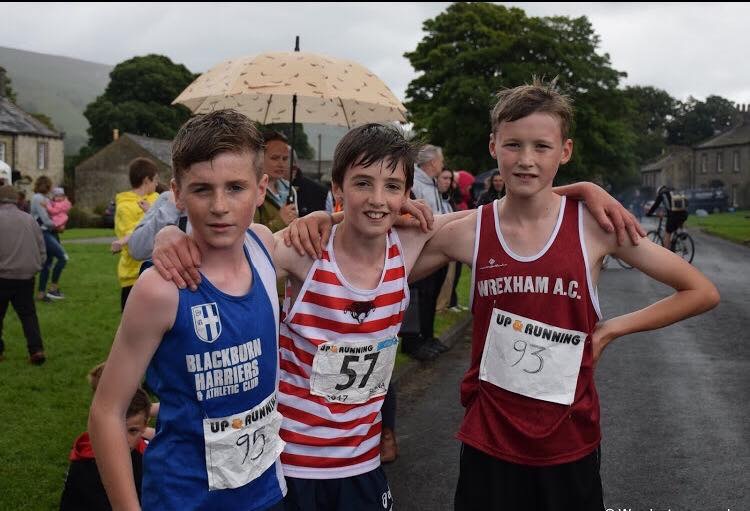 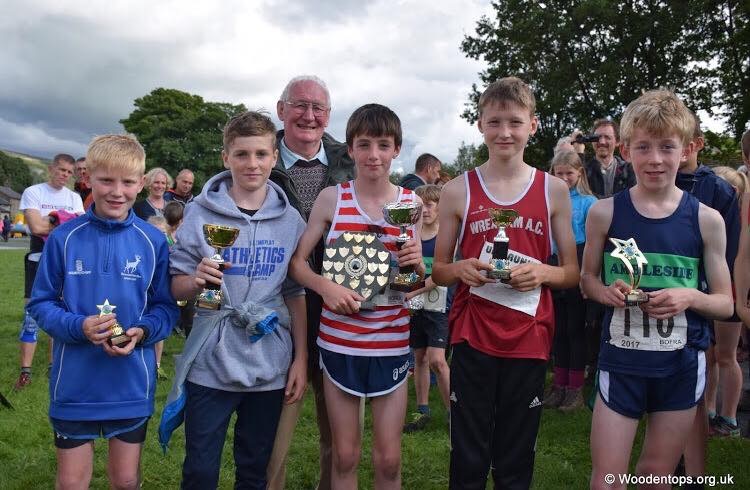 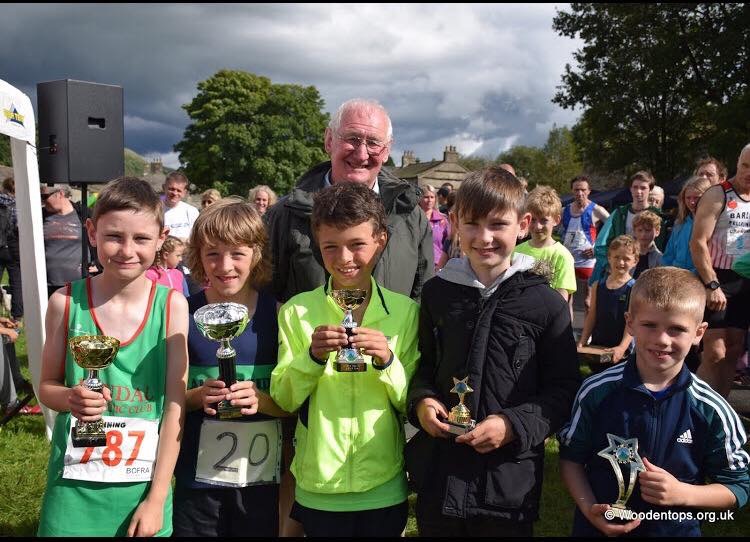 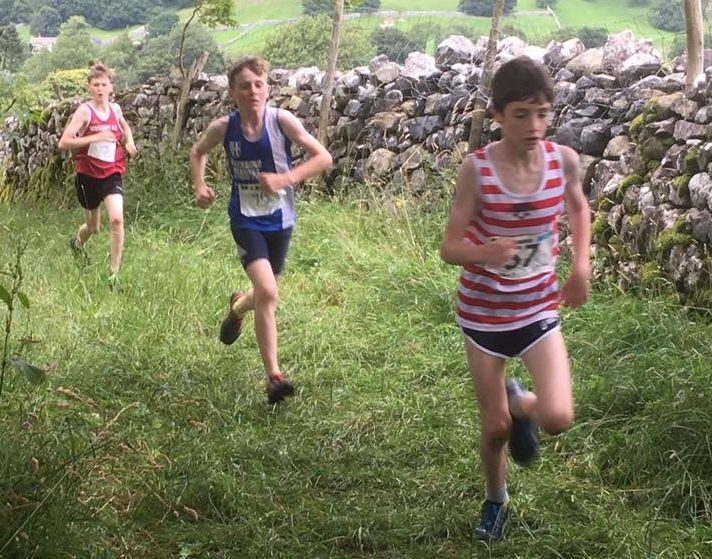 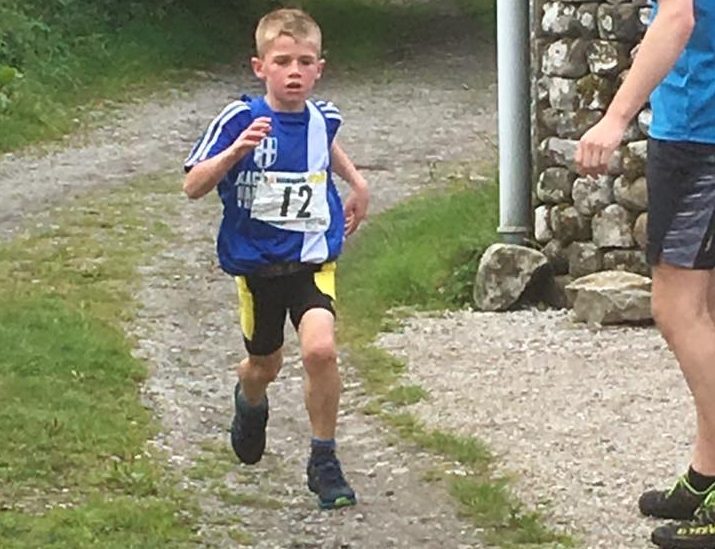 Boulsworth was the latest round in this years Burnley & Pendle Grand Prix series and was won by the Series leader to-date – Danny Collinge in 42.29 at the head of a 209 strong field of runners. Liz Greenwood had a pretty solid run to come home in 24th place overall, 2nd Woman and 1st WU21 in a time of 49.41. 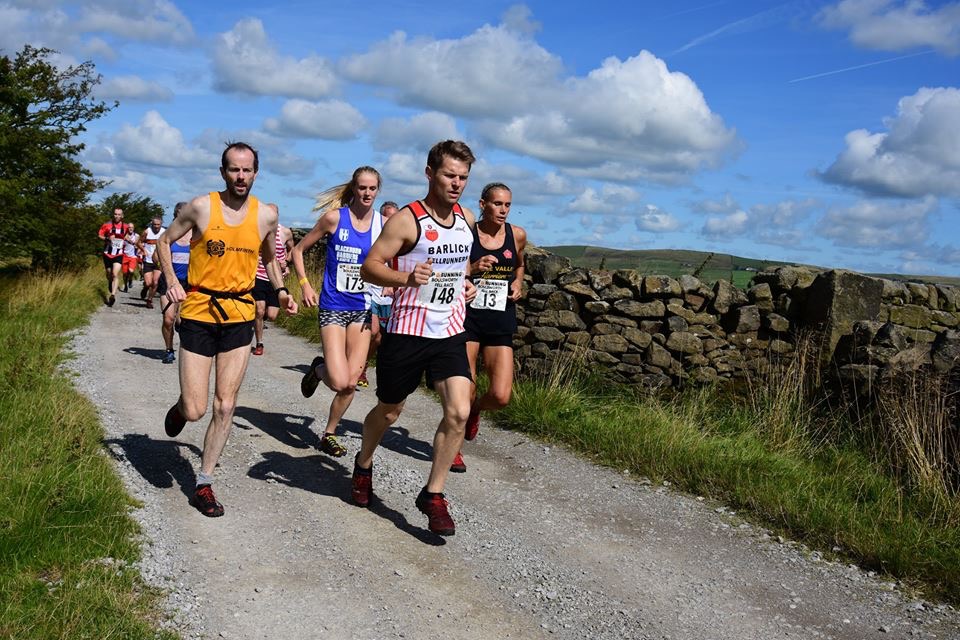 Dexta Thompson has won the U13 Junior Boys Series so didn’t need to run at Boulsworth. It was a good day for brother and U9 Felix Thompson too as he won the U9 Junior Boys Race in 3.52 which gave him the runners up spot for the Series. He needed the win to clinch 2nd spot overall and he went out and did it so congratulations to the young lad. Kady Thompson also had a good run to finish 4th in the U11 Junior Girls Race in a time of 8.59.7 which means she will finish in 5th place overall for the Series and well done to her too. 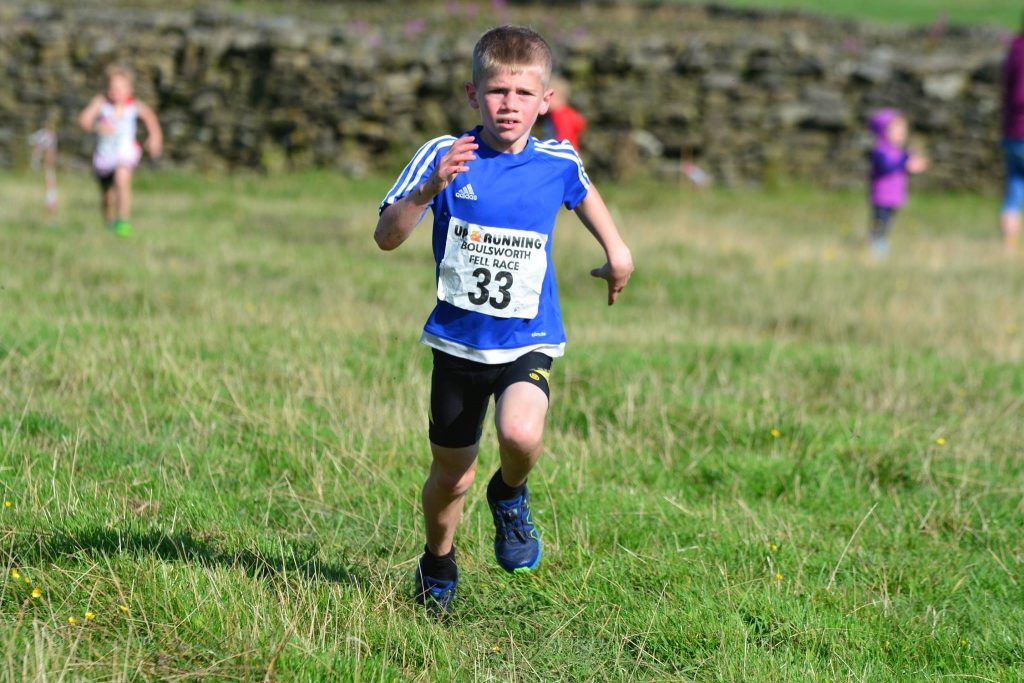 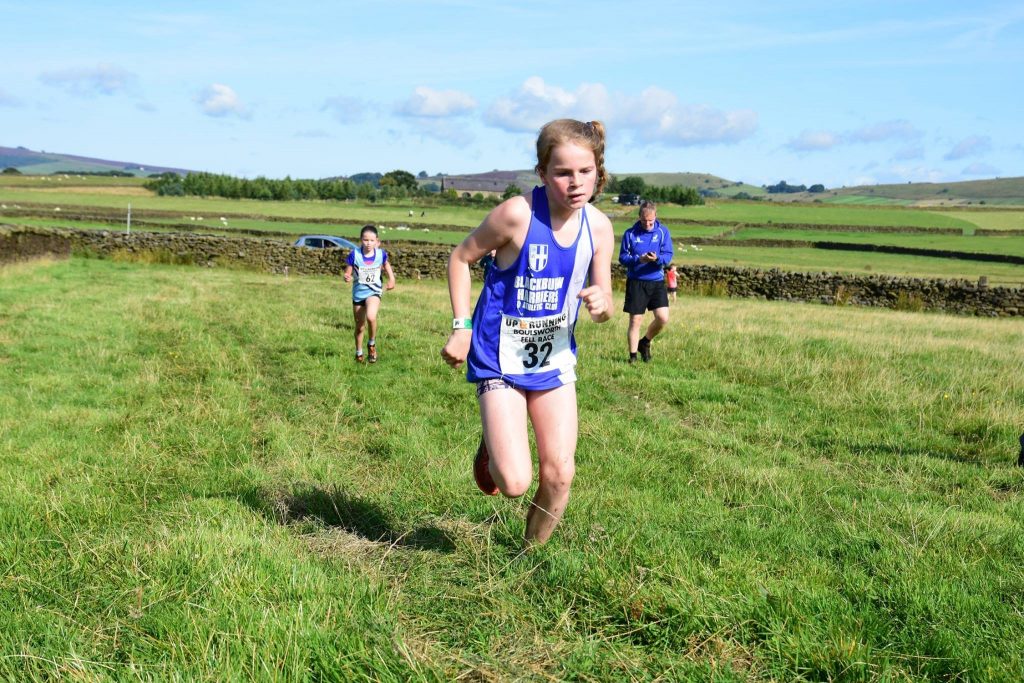 This local 5k featured seventy runners won by Gareth Booth in 16.18. Andy Buttery (V45) is back on the road after a long period of injuries with another pretty solid run in 6th place in a time of 17.15. U15 Amy Davies also ran and was 1st female home in 23rd overall in a time of 20.09. 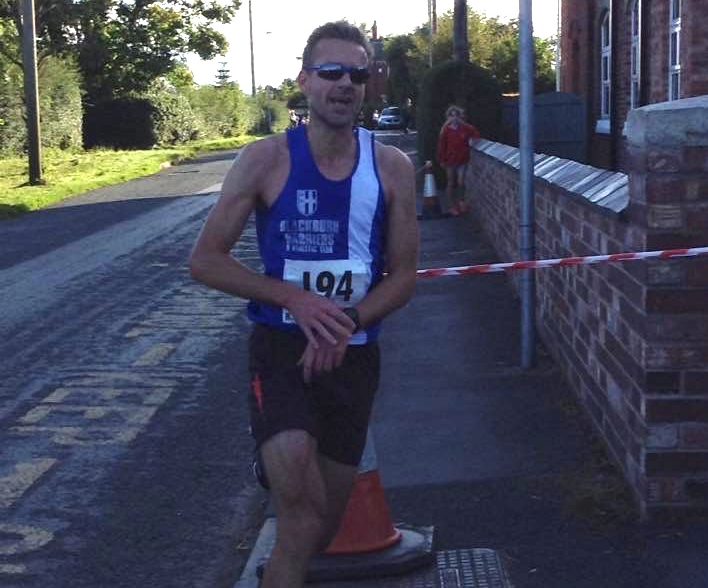 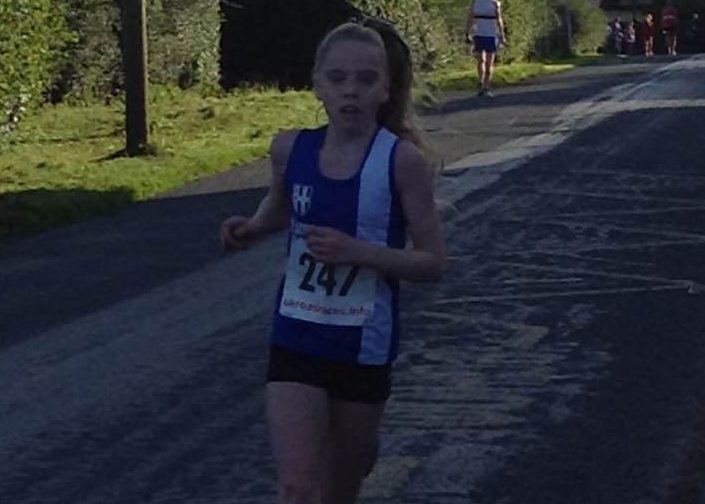 Kady, Dexta and Liberty Thompson were attending an athletics camp at Loughborough and took the opportunity to enter an Open Meeting at Charnwood on August 9th with very good results for all of them including three new personal bests. 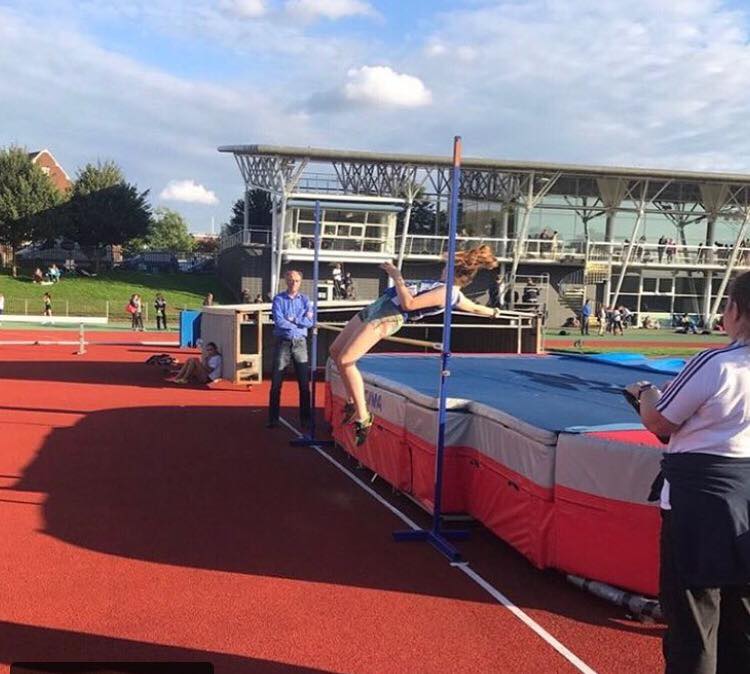 Callum Davidson was the winner of this local Fell race heading the one hundred and forty nine strong field home in a time of 38.48.