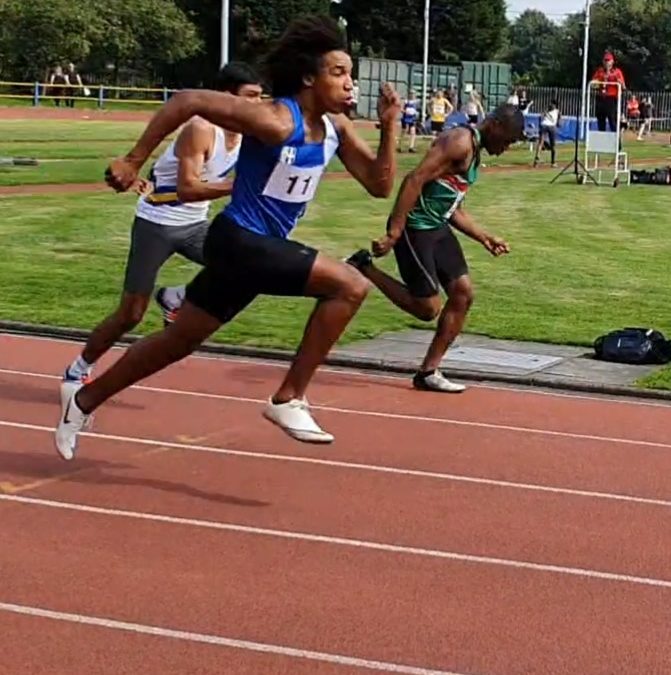 The latest Trafford Track & Field Meeting took place on Saturday August 15th which saw a number of Blackburn Harriers take the opportunity to compete for the first time this season and with a couple of them going up in age group. Five Blackburn Harriers in total competed, producing five wins and five new personal bests. 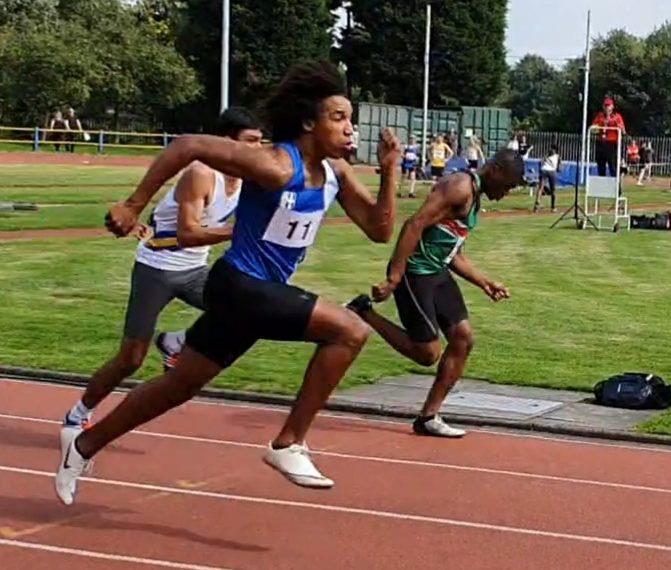 Ben Boocock – Silver Medalist in the Northern Championships U15 60m Hurdles last year – was another athlete who was going up in age groups, having his first outing as an U17 at Trafford which saw him move up from 80m Hurdles for his first ever run over the new height and distance, to 100m Hurdles and it was a pretty solid debut, clocking 14.81 in 3rd place. In the 100m, Ben came home in 3rd place with a time of 12.57 which was just seven hundreths outside of his previous best time and a good start to what will be a very short season. Later, Ben told the Harriers about his day “Glad to be back competing after only being able to get on a track and practise with hurdles for about three weeks. So with a new distance and height for the U17 race to get used to it’s been a real challenge. Really pleased to have achieved that time in my first race at the new distance”. He also mentioned that he knows he “can better his 100m time and aims to do so soon” going on to say “thanks to Paul for all his time, coaching and patience.” 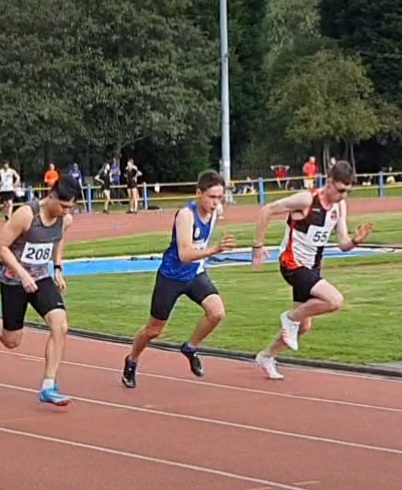 U20 Fawaaz Mustapha was up and at them right from the start, posting a huge new PB by nearly seven tenths for the 100m as he won his Race in 11.54 and then went on to set a second new PB in the 200m – winning in a time of 23.34 (w 2.3) – an improvement again by seven tenths. U20 Benjamin Whittaker who has just been back in training over the last couple of weeks took on just one event – the 100m – running a time of 12.03 (w 2.7) in 4th position. Ben spoke to the Club after his race and was in a positive fame of mind as he told us “With only properly getting back into training for the last 2 weeks, I feel I have made an exceptional starting time for the first competition 100m clocking 12.03 seconds. Yes others may have run pbs but it means I know what to focus on next. However to say I came 4th in a 6 man race for a first 100m this year I am happy and can’t wait for the next”.

Thomas Monks in his second year as an U15 is making excellent progress and demonstrated that again at Trafford with two wins and two new PB’s. Thomas won the 100m in a new PB time of 12.20 which was an improvement of eight tenths, completing the double by knocking some three tenths off his previous best in the 300m, winning the race in a new PB time of 39.25. Thomas was please with his day as you might expect and told the Club “At Trafford on Saturday it was a great day as I won both of my races with a personal best for both races. It was a great experience and learnt about what I need to improve on for the future”.