Blackburn Harriers at Trafford Open Meeting & On the Fells 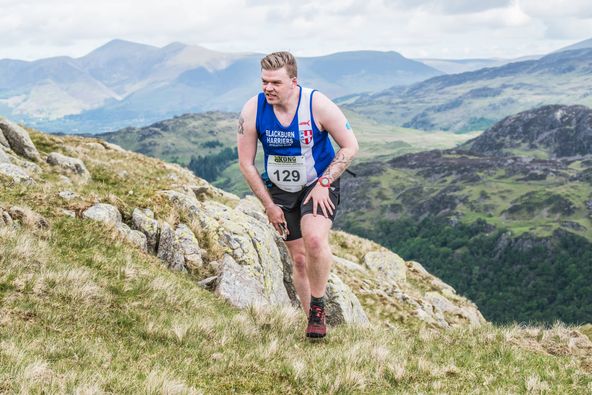 Heats were largely mixed with male and female athletes. Seniors Brandon Zinyemba and U20 Kyle Mashiter were the first two up in Heat 1 won by Liverpool Harrier Henry Nwoke (10.53). Brandon came in 5th with a time of 11.38 and Kyle took 6th spot in 11.77. Heat 3 had U20 Ben Whittaker in the field, running a time of 12.05 in 5th position followed by senior Dominic Bretherton in Heat 4 placing 4th and clocking 12.16. Heat 5 had U17 Stuart Yates in only his second ever race over the distance, equaling his previous time of 12.38 in 3rd place. Bottom of age U17 Abbey Riley was one of only two U17 women in Heat 7 alongside two U20’s and two seniors – Abbey coming in with a time of 13.23.

Just two Heats and Blackburn Harriers U17 Ben Boocock won the first of these in a time of 14.67 – a new PB by two tenths.

Eleven Heats in total here with seven Harriers particpating. Heat 1 had U17 Jayden Riley in it, having had only two races, one over 100 and one over 200m since September 2020. Clocking 22.92 in 4th place was a very solid run by him. U20 Kyle Mashiter who has been dealing with injuries and hadn’t raced since August 2019, ran 23.70 in Heat 2 (6th). Senior Brandon Zinyemba had raced at Trafford on May 25th this year, which was the first time in well over a year and in Heat 3 he came home in 4th position in a time of 23.58. Heat 4 saw Ben Whittaker continue his good form with a new PB of 23.96 with Dominic Bretherton coming 6th in Heat with a time of 25.31. U17 Stuart Yates, having equaled his personal best in the 100m then ran in Heat 6 of the 200, chopping two tenths off his previous best time to set a new PB of 24.81 in 3rd spot. Ben Boocock, having set a new personal best in the 100m Hurdles already on the night, had cause for double celebration as he knocked four tenths of his best 200m time to-date in setting a new PB of 25.11 to win Heat 7. Abbey Riley was our final athlete competing in the 200m where she ran 28.01 in Heat 9.

Six Heats in this event which featured two Blackburn Harriers who posted two wins and two new PB’s. Bottom of age U17 Thomas Monks ran in Heat 3 – he had opened the season with a 55.8 to win at Trafford in April, followed that up with a new personal best on May 9th at Trafford (55.47) then won again at Trafford on May 25th, breaking through the 55 second barrier with his 54.32. Last night Thomas broke through the 54 second barrier, knocking 8 tenths off his time to set a new PB of 53.64 in winning the Heat. First year U20 – George Whittaker – last ran 400m in September 2020 and posted his personal best time of 56.62. In his Heat 4, George kocked over a second off his time in winning the Heat in a new PB time of 55.49. 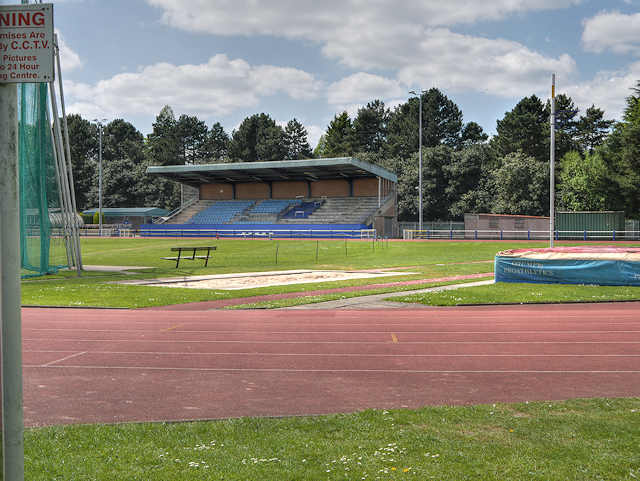 Calvin Ferguson has had more than his fair share of injuries and ill-health, but that didn’t stop him making a comeback after his trip out at the Fairfield Horseshoe recently. Along with partner Craig Armitage, Calvin covered the Race route in 3hrs 49.04, placing 118th.

The day after, Calvin talked to the club abou the day telling us that it was “A very enjoyable day on the fells surrounding Borrowdale and the Langstrath Valley – me & my friend, Craig, ran the event as a pair team and had a fantastic day out. We managed to locate a few tricky control points and travelled well across some really rough terrain to score some valuable points, although I made a small nav error for another which ended up costing us about 10 minutes in time, poor on my part but I know my fast nav skills aren’t their usual sharpness at the minute with such a long break. Thankfully I have another couple of them coming up to sharpen my skills again. We had a 4 hour time limit (otherwise you are deducted points for going beyond that) which we comfortably dipped under with over 10 minutes to spare, my planning worked for that which was a good feeling. My confidence is growing again and I felt 10 times better than my DNF at Fairfield a few weeks back so a very positive day for myself personally.“ 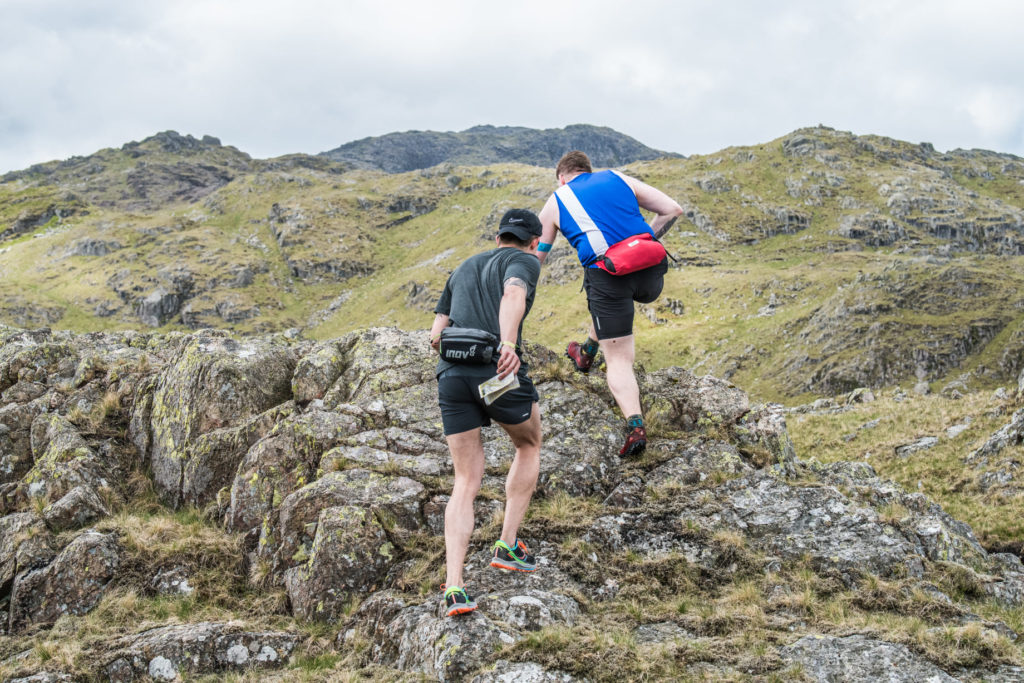 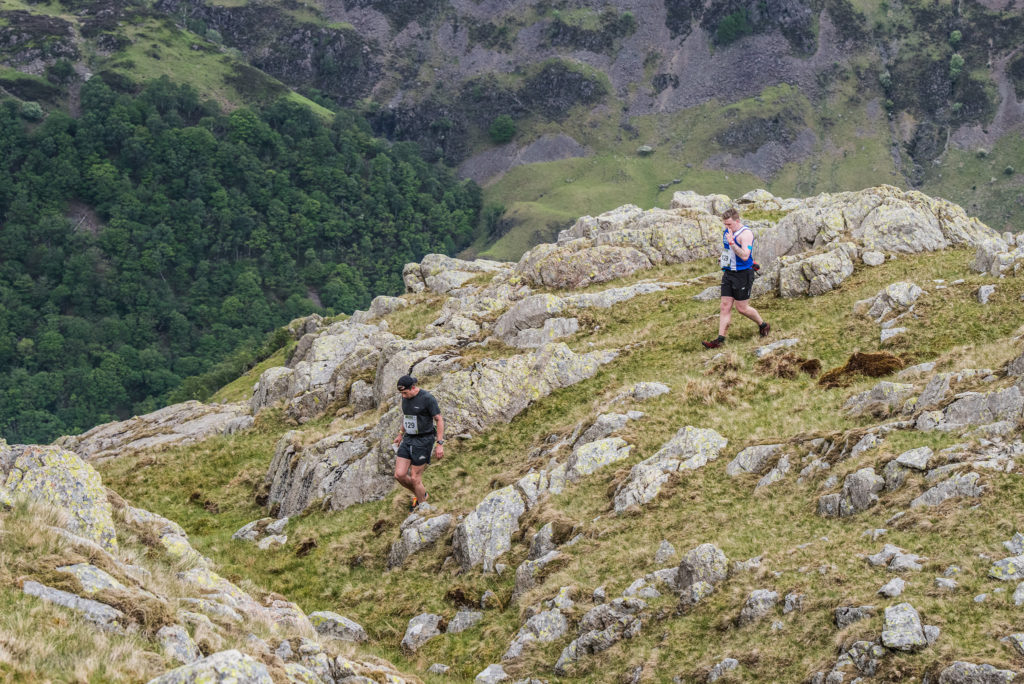