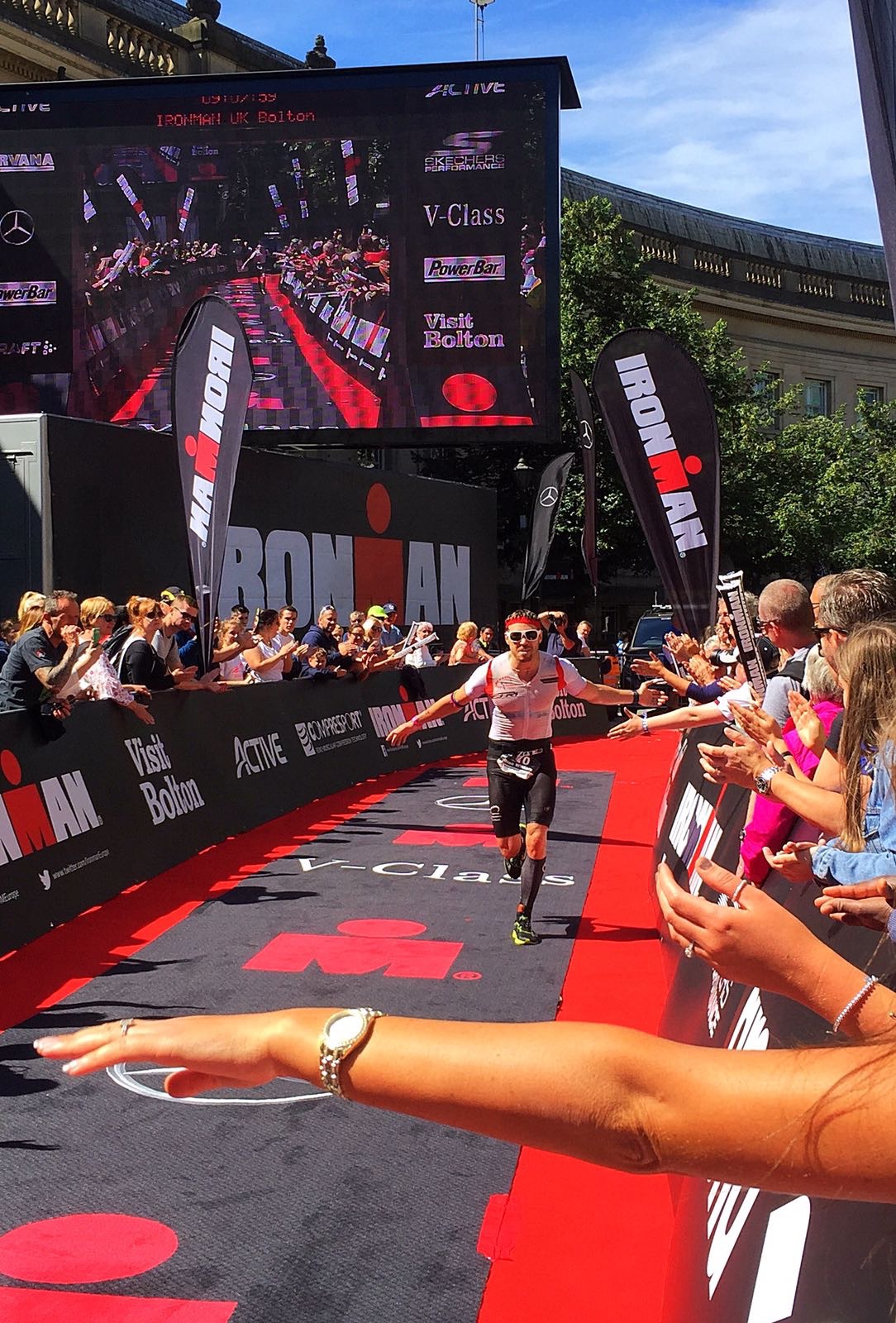 Brian Fogarty has had a brilliant year in the Ironman. Earlier in the year he put in a superb performance at the Lanzarote Ironman finishing 11th overall – 1st British athlete & 1st Amateur in a combined time of 9hrs.22.57. Brian’s splits were 61.47 for the Swim ⇒ 4hrs 58.03 for the Bike ⇒ 3.15.18 for the Marathon. 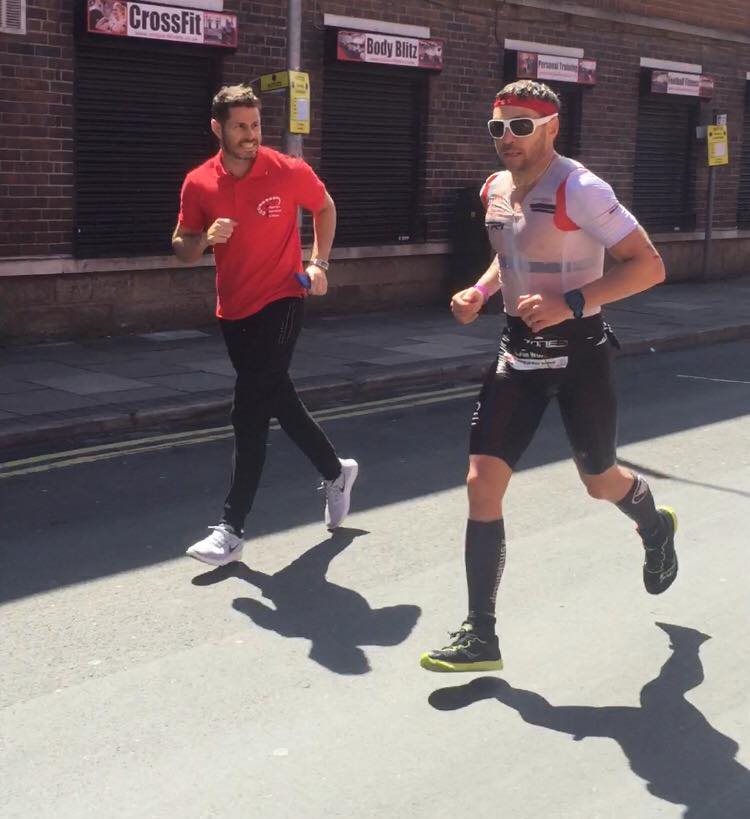 In the Ironman UK at the weekend – (July 16th) – Brian performed even better with splits of 61.47 on the Swim ⇒ 4hr.50.43 on the Bike ⇒ 3hr 03.36 for the Marathon for a total time of 9hrs 02.54. This performance, his best ever, took him to 4th spot overall, 1st Amateur with other professionals behind him. Not only that – his Bike ride was the fastest of the whole race beating all the professionals who competed on the day. After the Race, Brian spoke to the Club telling us that he “really felt yesterday was like the result of 2 years of hard work coming to fruition. It was a performance I believed I was capable of, but that’s one thing, executing it is another. Yesterday things came together and I had my best performance to date. Time to rest up for a few days then back at it for Kona in October”. 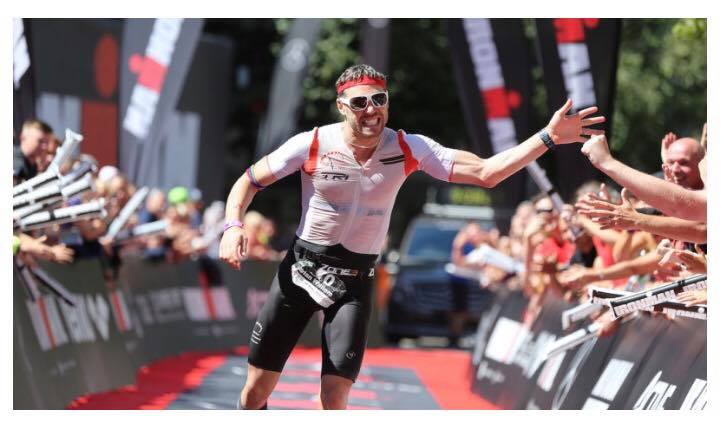 Paul Slone came home in 166th spot in a combined total time of 11hr 12.18 with his splits ⇒ Swim (70.25) ⇒ Bike (5hr 59.59) ⇒ Marathon (3hr 50.31) which was a big improvement on his 2016 Race as he told the Club later “After last years performance I felt like I had to make amends for my own personal disappointment. Last year I totally underestimated the impact on the body of racing three disciplines in the same day. The sickness I suffered during the 2016 race was very hard to bear and I needed to find a remedy. I trained very hard for a full year. Changed my daily nutrition dramatically and sought out a race day nutrition plan using trial and error and finally got it right, the fourth discipline which for me was crucial. Managed to take 35 minutes off the bike leg and also 35 minutes off the marathon to come in at a pleasing 11hrs 12 minutes. Shaving almost an hour and a quarter off last years finish time and coming 11th in my category. Enjoyed it but still room for improvement. It was a pleasure to race with some very inspiring athletes yet again”

After running a new personal best – (3.51.34) – at Loughborough in the 1500m (July 8th) Rob Warner was back racing four days later at the Watford BMC meeting and again over 1500m. This time Rob set another new personal best of 3.51.25 placing 7th overall giving him back to back PB’s over the four day period.

A happy Rob Warner spoke to the Club after the Watford meeting“I’ve been happy with both races really! The 1500 at Watford was bit of a different race for me, I knew it was aiming to go through 800 at around 2:00/:01 so I hung back by a couple of couple of seconds and what to work my way through. I perhaps went off a little too conservatively though as I went through 800 in 2:03/04 and was nearly last! I had a really strong last 300m of about 44 seconds which is really promising but did leave me a little frustrated at myself for not going off a bit harder as I appeared to have more left in the last lap than I thought I would. Got a couple more 1500s lined up though so hoping to sneak under 3:50 before the end of the season”. 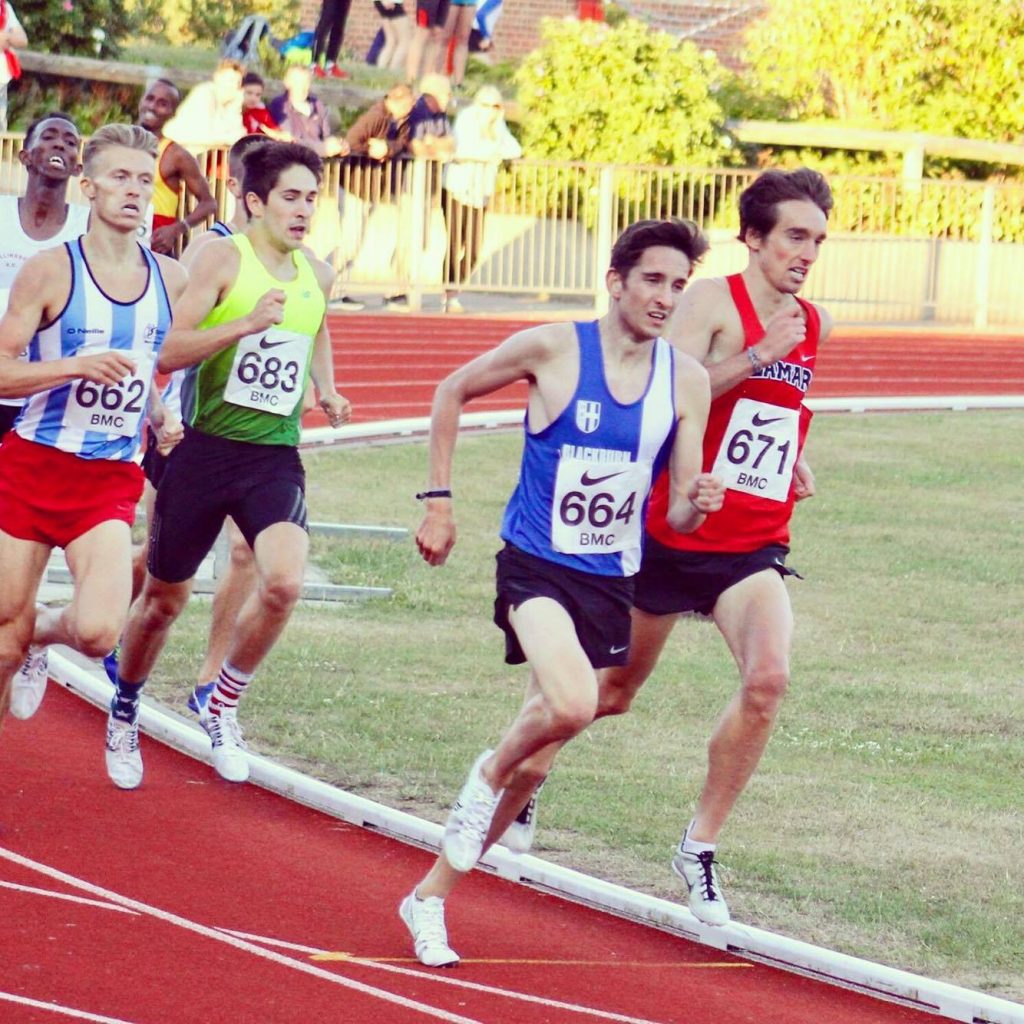 Dexta Thompson was out in the penultimate Race in this years Bofra Championships in the U12 category which has seen him go head to head with William Hall from Calder Valley who has usually managed just to get the better of him. At this Race however Dexta finally managed to beat William. Having raced each other so many times the thought was that the Cracoe course was more suited to Dexta with the hill climb not being as steep as most of the Bofra races which is where William is really strong. In the end Dexta won the Race in a time of 8.07 with William Hall in 2nd spot (8.10). 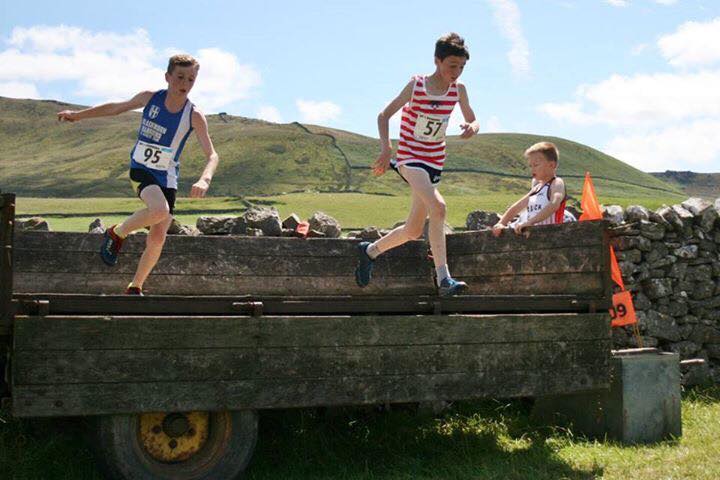 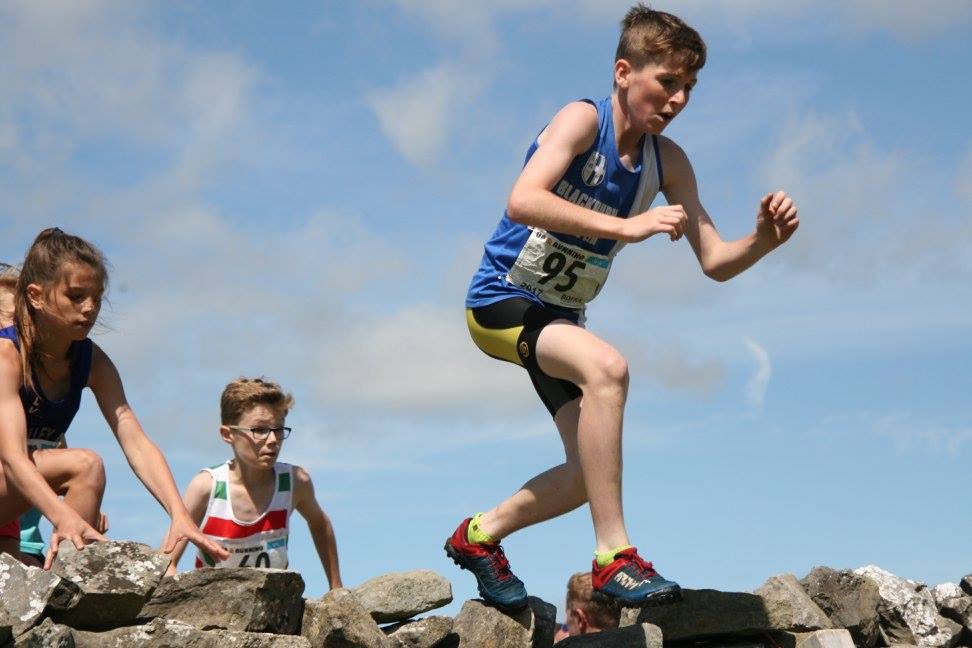 Six hundred and eighty six finishers in the this years Windmill Half won by Mike Toft in a time of 77.28. Blackburn Harrier Paul Clarke (V55) placed 154th in a time of 1hr 46.27. 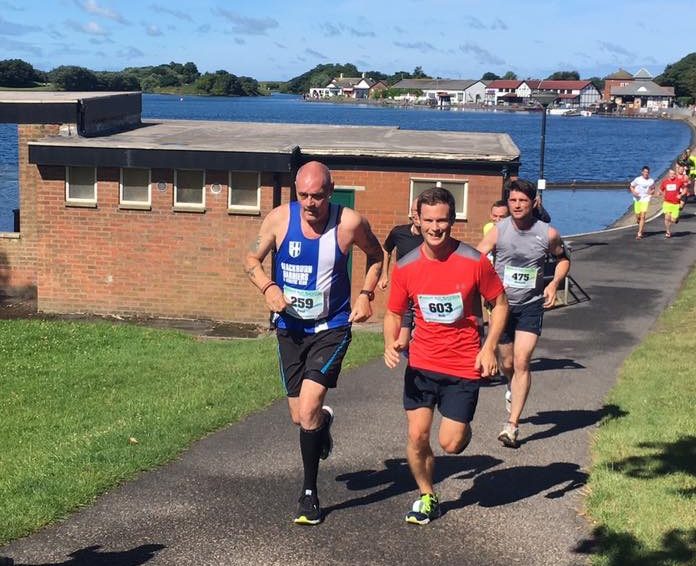 Jonathan and Claire Bridge are on holiday in America and have called their holiday ‘Bridges on Tour!!’ This is the two of them at a 10k Race – when asked who got the bragging rights, the response was rapid from Claire…..“I’m afraid I’ve no bragging rights as I think I got lost!! Jonathan won the race. Don’t think results will be on power of ten! However, we had a fun time and our boys even raced too!“ 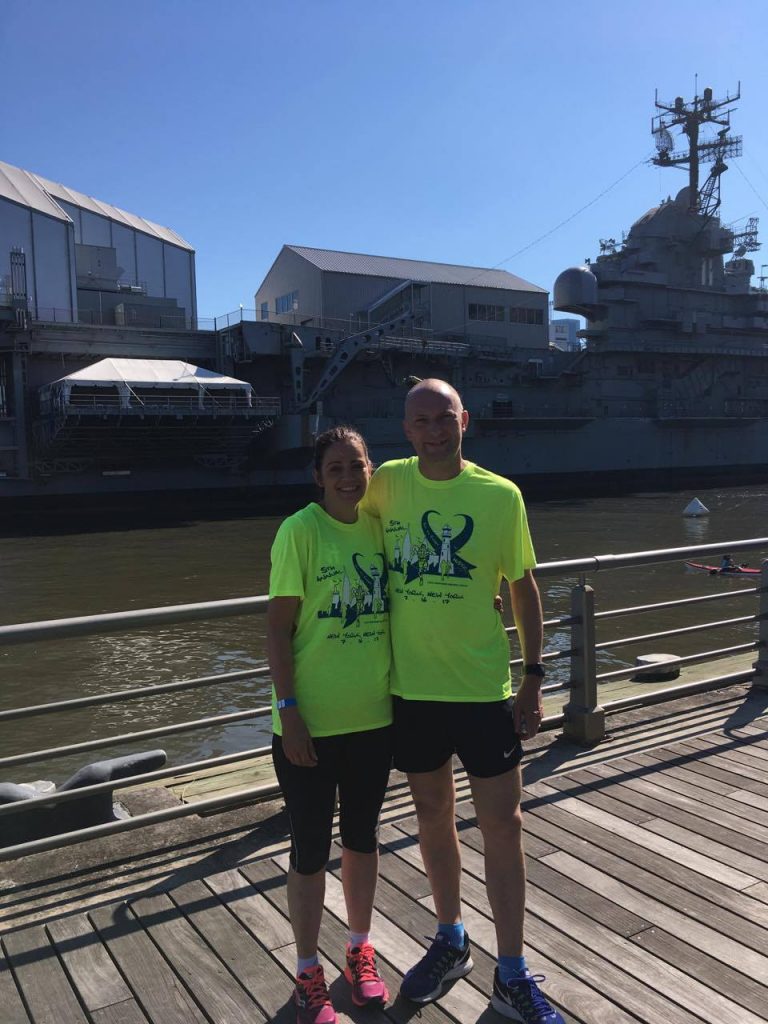