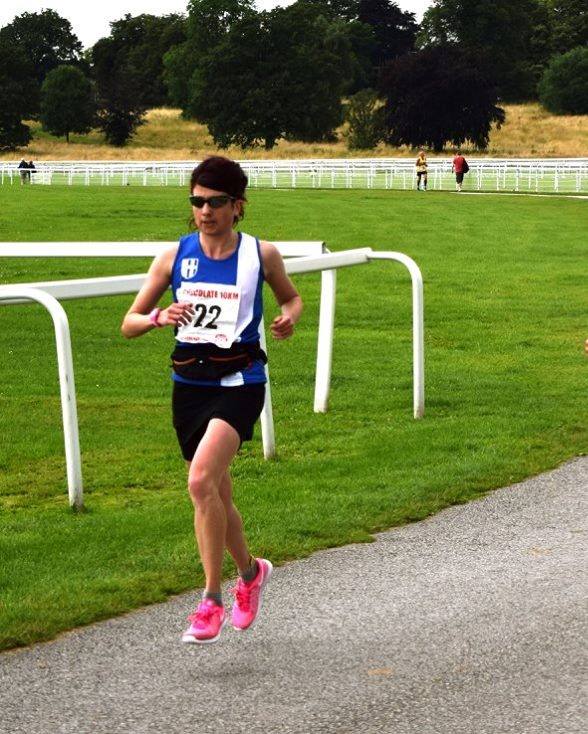 Carmen Byrne ran her first Race – Run York Chocolate 10k – as a V40 at the weekend along with one hundred and eighty four other runners. The Race run on trail and grass was won by Andy Croft in a time of 38.41. Carmen started her V40 career with a win, coming home in 4th place overall (41.04) and 1st Woman. Afterwards Carmen spoke to the Club saying that it was “A great friendly mixed terrain race over my birthday weekend gave me chance to run my first v40 race. I was pleased to run a negative split to be 1st woman and 4th overall”

An unusually small field for Race (3) of this years years Series with just sixty nine runners entered. On the night it was another emphatic win by Ben Fish in a time of 25.28 which was ten seconds quicker than when he he last ran this Race in August 2015 – two years ago. Chris Davies (V40) came second behind Ben in a time of 28.07 which was a new PB on this course and he was followed in by Ben Costello who was racing over the distance for the first time in 4th place with a time of 29.07 to give the Harriers three in the first four finishers. V50 David Morris finished in 69th spot with a time of 51.02. 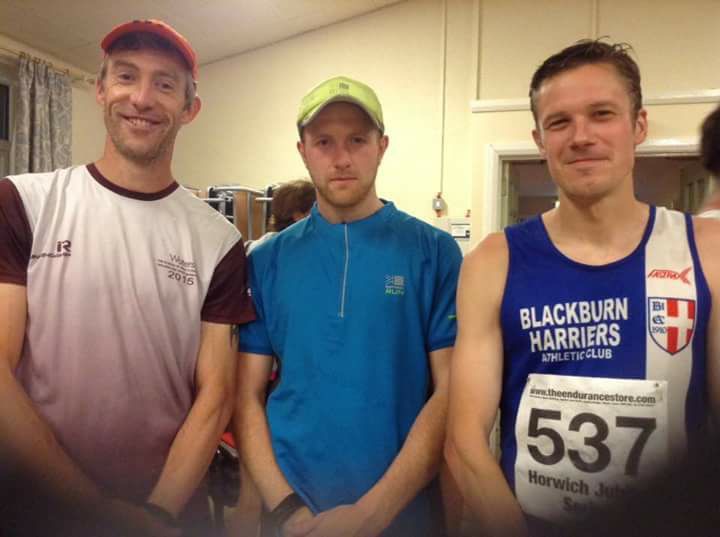 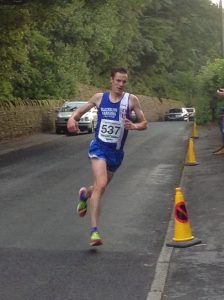 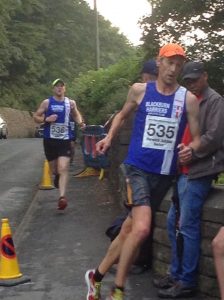 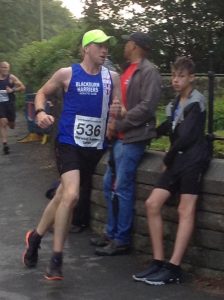 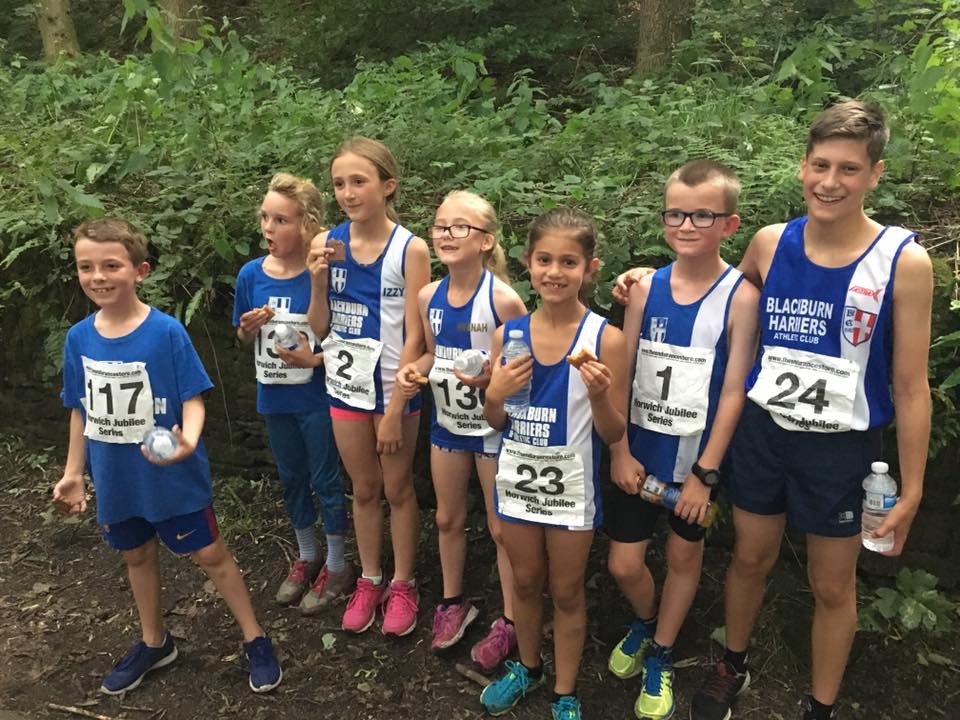 Shaun Livesey is going pretty well in 3rd place overall in this years Grand Prix and is also in first place in the V40 category. Another very good race by Shaun following his 2nd place at Hendon Brook saw him consolidate his position when he finished 3rd overall in the Towneley Park 10k on July 23rd in a time of 35.40. New member V40 Daniel Whittaker was also racing as was V65 Evan Cook in their first races of the Series with Daniel finishing 29th in 41.13 and Evan in 75th (45.55) and 1st V65. 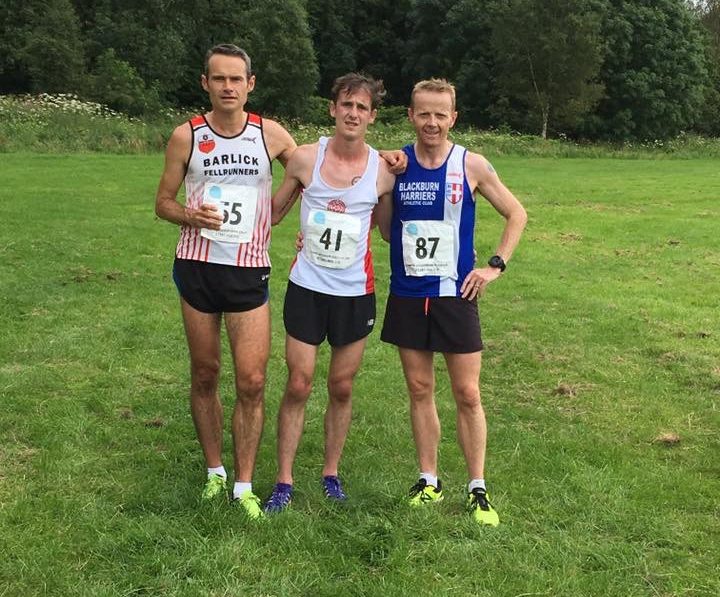 In the Junior Races, the latest one at Towneley Park saw another win for Dexta Thompson in the U13 age category winning his Race in a time of 7.09, just clear from Harry Cole (Clayton) in 2nd. Kady Thompson placed 6th in the U11 Girls Race (9.17) which was won by Amelia Southam (Burnley). Felix Thompson came home 2nd in the U9 Boys Race in 3.38 with the Race being won by Harry Jordan (Trawden) 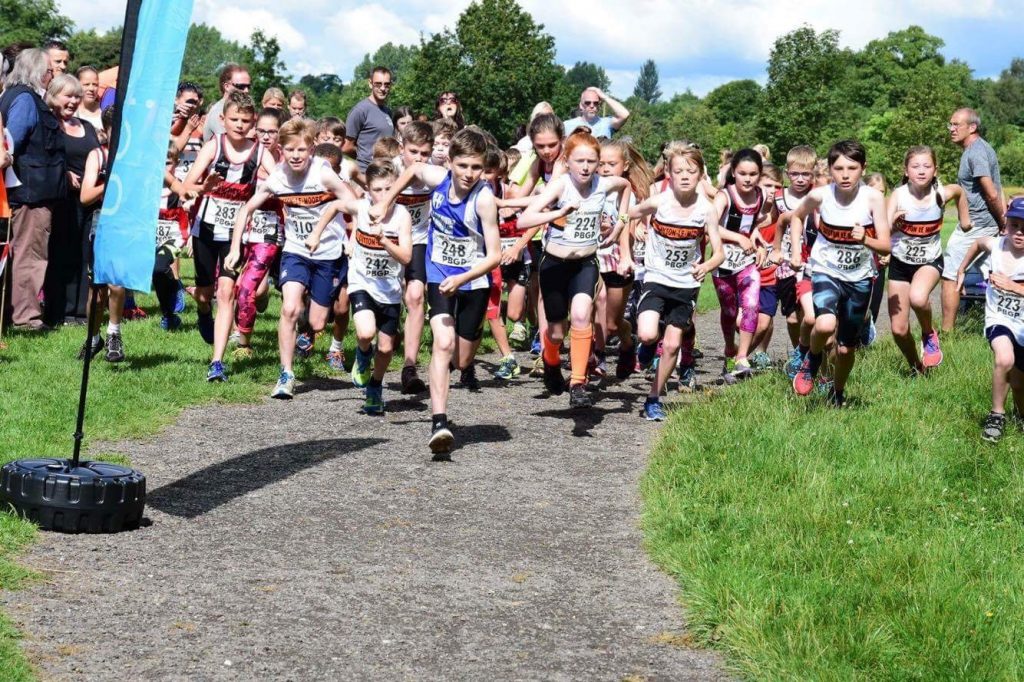 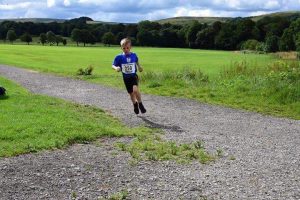 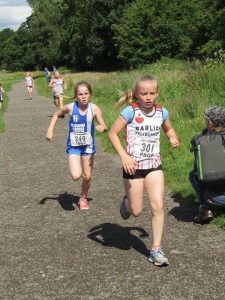 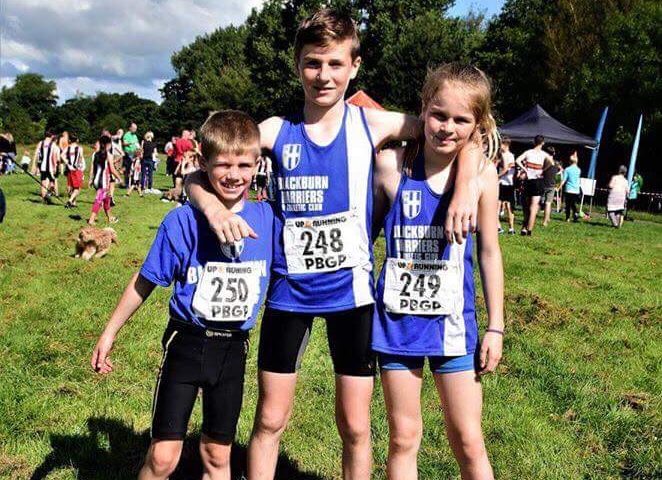 Rachel Wood is preparing for the forthcoming Berlin Marathon, her latest race in the build up was the undulating Half-Marathon at Caterham which had a field of two hundred and two runners, the Race being won by Kevin Quinn in 71.03. Even though she was struggling with feeling under the weather on the day Rachel still pulled out a solid run finishing in 21st place and 3rd woman with a time of 89.30.

A trip around the Fells with John Orrell

John Orrell has been getting round the country of late with a variety of Fell Races and Events making it a busy period over the last six weeks or so. On June 10th John entered the Lakeside-Gummers How which can only field fourteen entrants in the Individual race – won by Ian Holmes in a time of 27.12 – involving rowing across a lake!

John describes the day vividly as “A crazy race which involves rowing across Windermere. With only 14 rowing boats there is a maximum of just 14 competitors, so there is nowhere to hide, especially with the likes of Ian Holmes at the front end. It starts in a field, then 800 yards of the black stuff (give or take a couple of inches) to the front of the Lakeside Hotel. Jump in the boat, row across the lake, run up and down Gummers How and back in the boat for a final row and scramble to the finish line on the steps of the hotel lawn, where the manager hands you a bottle of beer. It was lager so I sprayed it all over the place to celebrate my 3 second PB and 11th place in 41.58”. 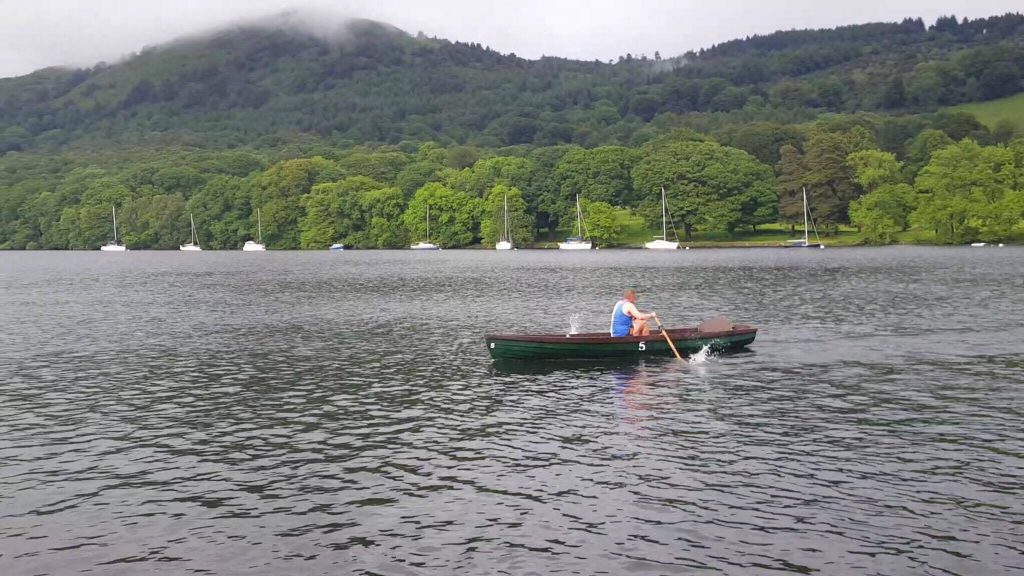 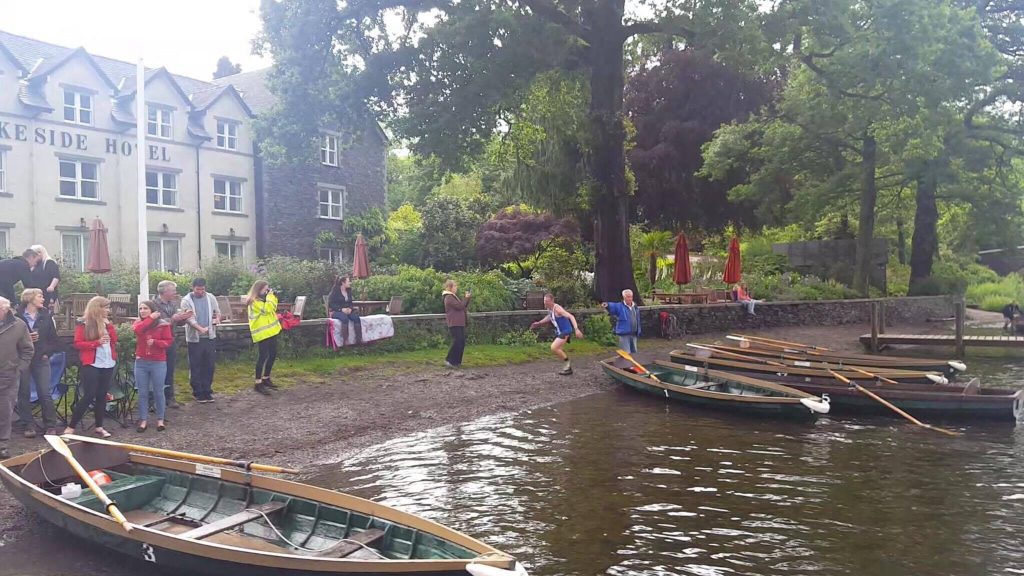 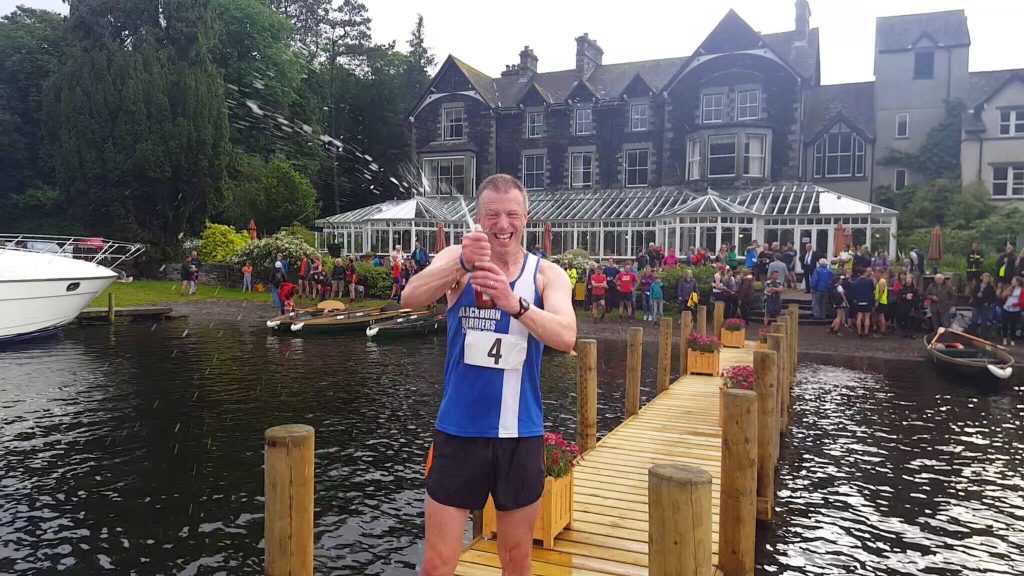 Next up for John was a trip to Scotland for The Triple Hirple organised by Lochaber AC up in Fort William consisting of three Races in three days. First up on 1st July, Meall an t-Suidhe featuring 3.5 miles, 1500ft ascent, straight up and down which saw John finish in 43rd spot clocking a time of 49.0. The Race was won by one of the top athletes in the Fell Racing world – Findlay Wild in a time of 28.11 and John managed to get a selfie with him after the Race quipping “Findlay Wild Scottish Hill runner meets English Hill Runner”. 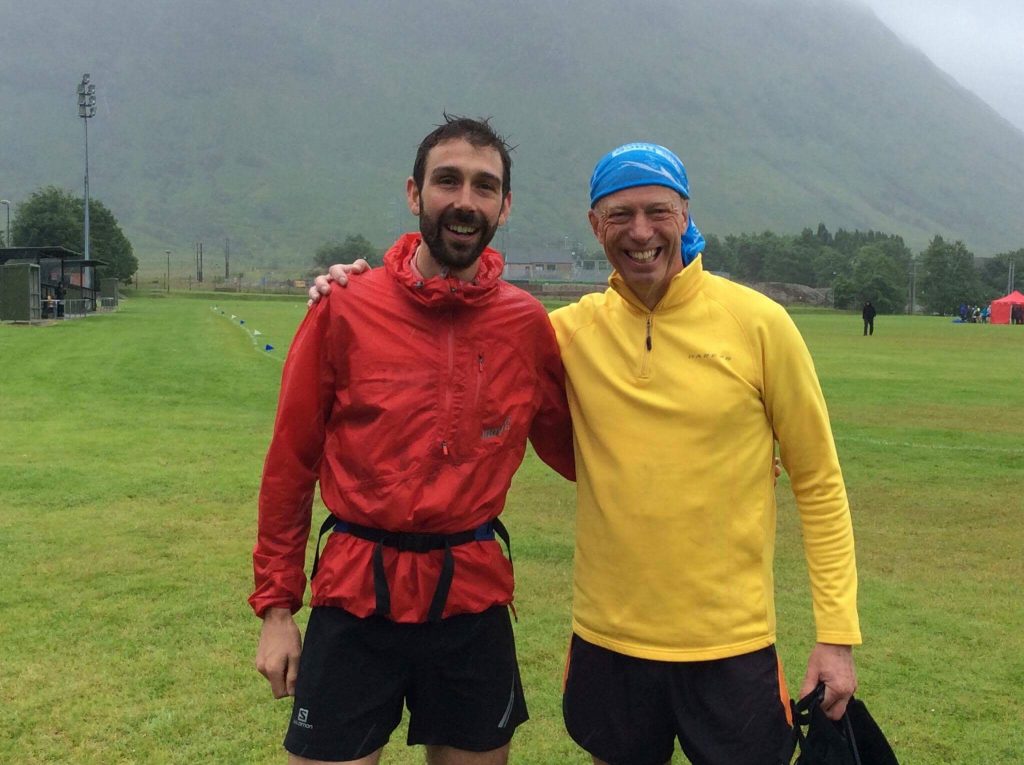 Next Race the day after on July 2nd was the Half Ben Nevis. Seventy runners in this one which saw another win for Findlay Wild in 52.05. The Race consists of six miles in distance and 2200ft of climbing described by John as “up the mountain track to the Red Burn and back” as he finished in 51st with a time of 88.18.

On to Day 3 on July 3rd for the Cow Hill Race featuring fifty five runners and won by – you’ve guessed it – Findlay Wild in 17.44. The Race which is 2 miles long and has 900ft of ascent was described by John as an “Up and down with another hold on to your hat descent!” and saw him place 36th in 27.05. John also commented overall about his trip telling the Club that he had experienced “Some testing conditions, cold, wind, rain, mist, zero visibility and midges!  It was summer! Great to mix it with the wee lads and lassies of bonnie Scotland and be the first English runner home!” 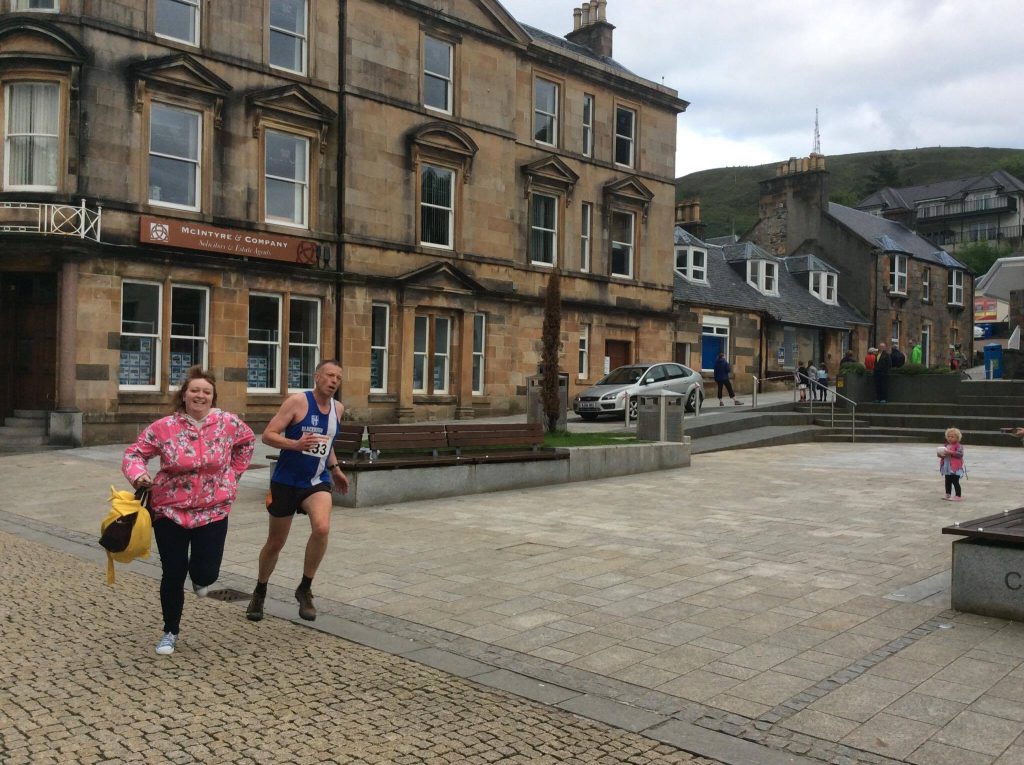 The last Race for John in this period featured him back on “home turf” on July 15th at the Ingleborough Fell Race where he came home in 63rd place out of a field of one hundred and twenty three runners in a time of 71.59 – the Race being won by Joe Baxter in 49.16. After the Race John spoke to the Club about the day telling us it was a “Quick up and down, an exhilarating mountain race. With fog down and driving drizzle, it was a real challenge to navigate ‘that best line’ off the top and stay upright. Found it and happy with 63rd in 71.59”.