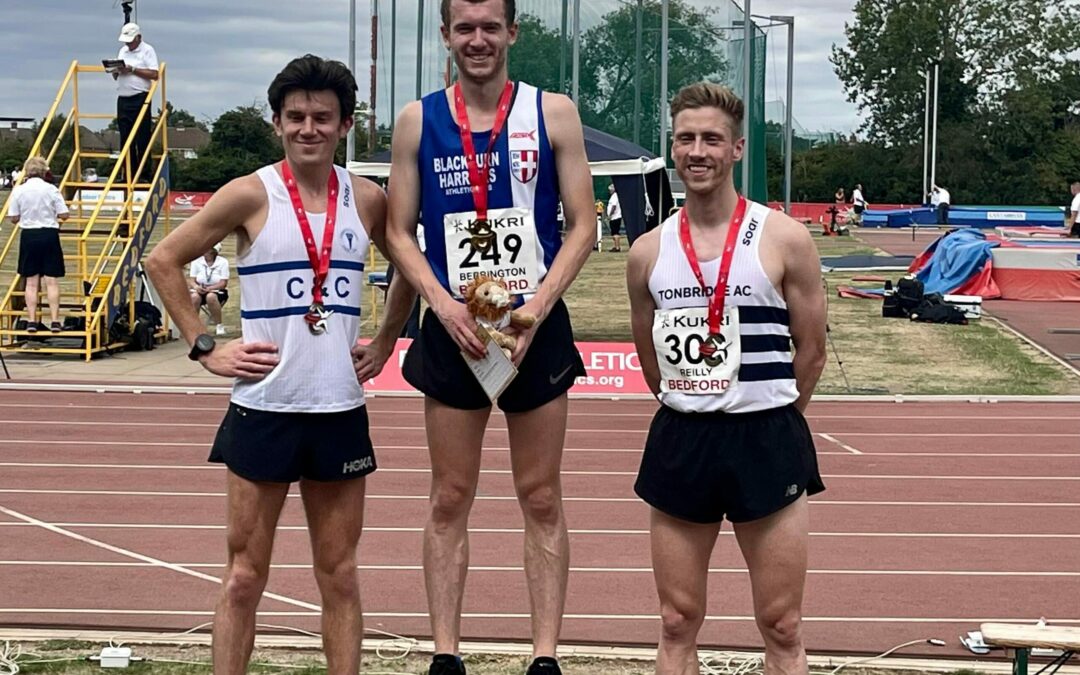 Blackburn Harriers Daniel Bebbington was at the England Athletics Senior Championships hosted at Bedford on the weekend of July 30-31st (RESULTS). Eight athletes in the Final, five of whom were all faster than Daniel on paper – Daniel going in with a personal best of 14.31.86. He turned that ranking on its head as he won the race in a time of 14.46.49 from Jack Gray in 2nd place (14.48.13) and Kieran Riley in 3rd (14.58.31). Speaking to the Harriers after the Final Daniel told the Harriers “I’m very pleased with the result from nationals and it’s great to be able to call myself a national champion. The 5000 isn’t my normal event but I felt like it was a good opportunity for me as championship racing often tends to be tactical. It did turn out that way so I was able to use my closing speed on the last lap to get the victory.“ 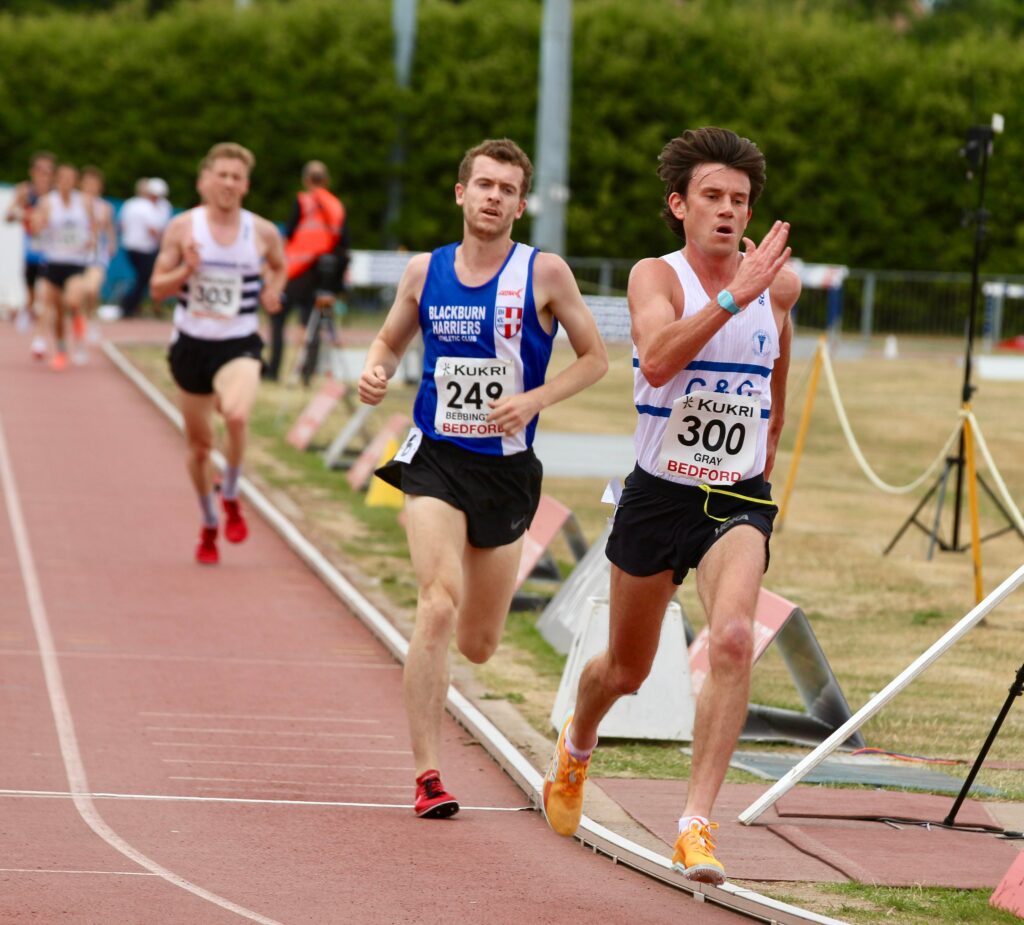 The runColshaw Hall 10k is described on the race website as ‘The most stunning race you will do all year. Starting and finishing in the grounds of the majestic Colshaw Hall Country Estate near Knutsford. The race starts in the shadow of this beautiful grade II listed building in the Cheshire Village of Over Peover. It then snakes through closed leafy country lanes passing the iconic Lovell telescope at Jodrell Bank. Runners then return to Colshaw Hall for a stunning finish along the tree lined driveway.’

Blackburn Harriers Ben Fish took all that on board and decided to enter the race featuring over 400 runners – (RESULTS) – which turned out be a good day as he won the race clocking 31.13, commenting to the Club after that it was a “bit of a late decision to race but thought I’d give it a go. Very happy with the win, had a good battle with Daniel Cliffe. Looking forward to cracking on with some more track races.” 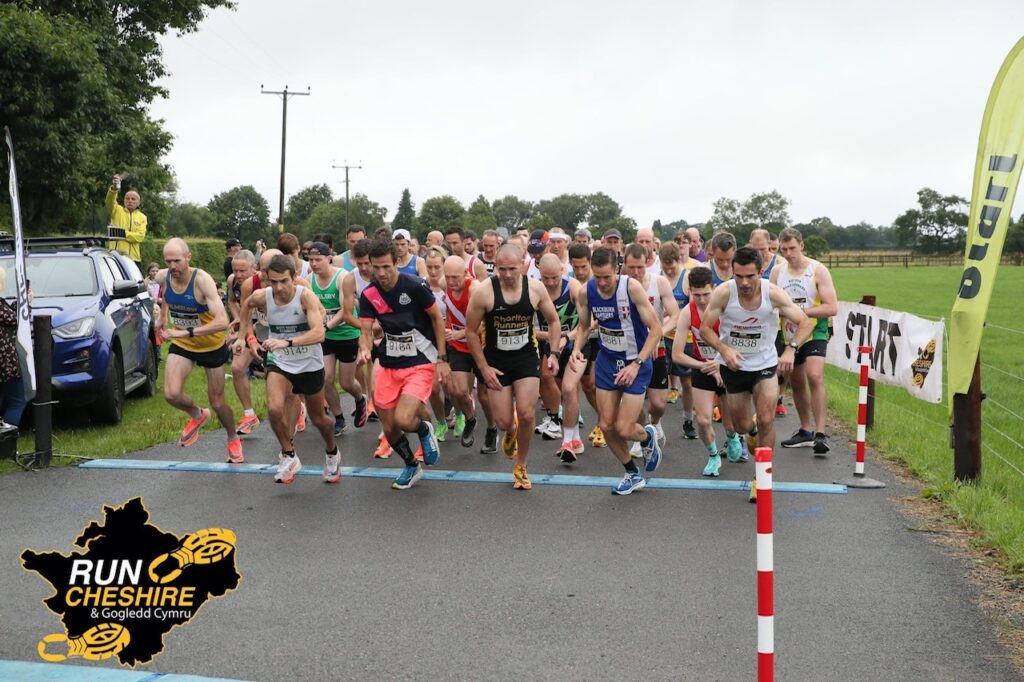 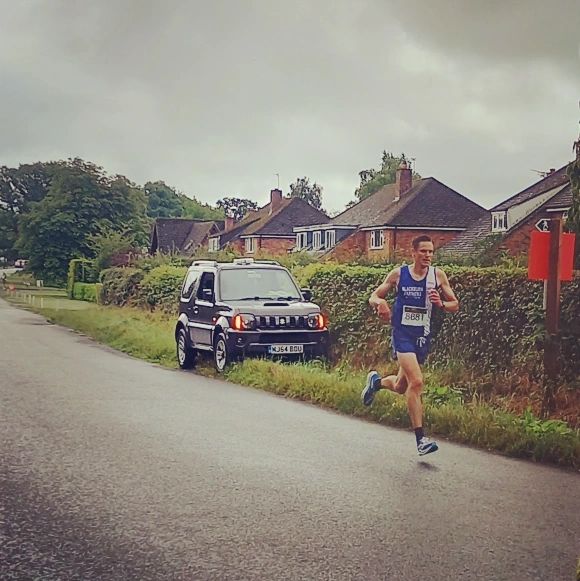 Blackburn Harriers Junior Endurance Coach Andrew Knowles took part in the Salford Sprint Triathlon at the weekend and had a very good result telling the Harriers that he took on the Sprint Triathlon distance thinking that he “could cobble 5k Run together but knew 10k would be a disaster”. His Bike ride and Swim went really well, starting in the swim in Elite Swim Wave, finishing 20th out of the 50 strong field of elite swimmers. Andrew finished in 24th place overall out of a total field of 196 competitors and was 5th in the V50 category and told us that he was “quite pleased to be honest” 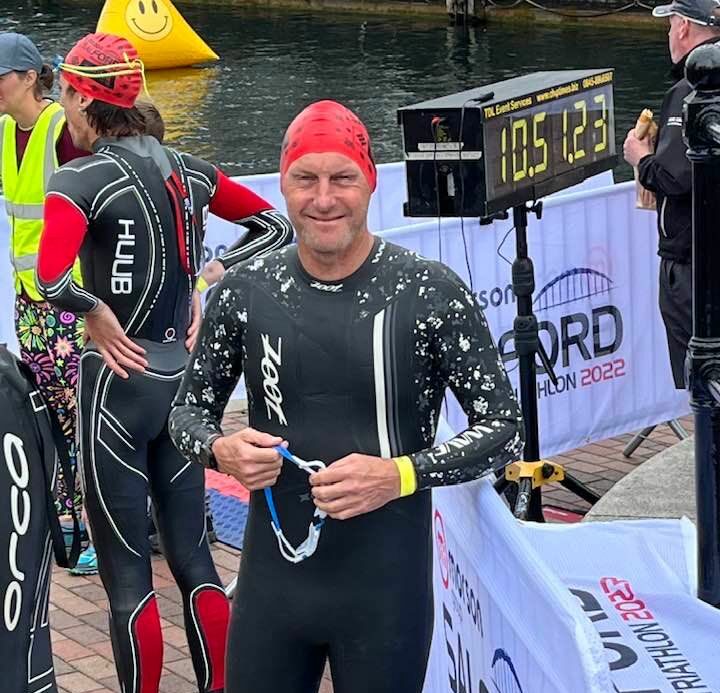 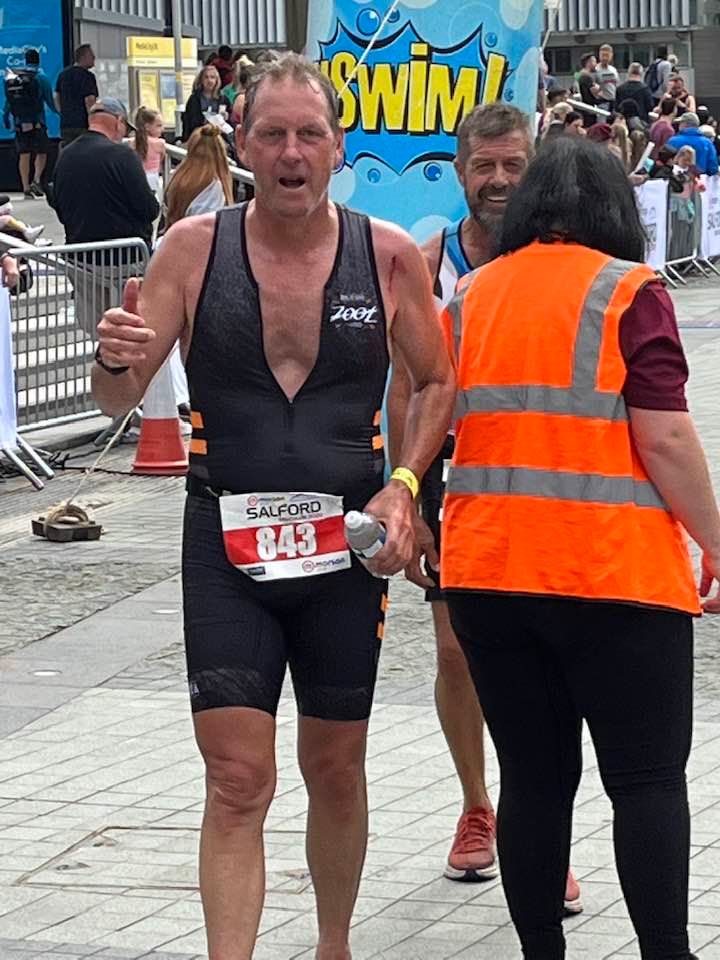 Continuing on a theme, at the Goodwood Mootor Circuit on Sunday July 30th, it was the turn of Mark Taylor to take on a Triathlon but this time, a little longer – described as ‘the world’s longest single day triathlon‘. Mark and two other athletes entered the 255 Relay which covered a 5k Swim, 200k Bike Ride and a 50k Run. Mark’s part in all of this was to do 2.5k of the Swim, 60k of the Bike Ride and 20k of the 50k Run. 66 teams of either 2, 3 or 4 members started and Mark’s team – Sec Green – finished in 13th place overall with a combined time of 10hrs 59.58 made up of collective times of 1hr 32.23 for the Swim, 5hr 38.54 for the Bike Ride and 3hr 44.44 for the 50k Run. Mark told us that it was a “Cracking event with a unique format (bike and run were all loops of the 4k circuit). We finished in 10 hours, 59 mins and 58 seconds (every second counts!), third in the mixed gender category.” 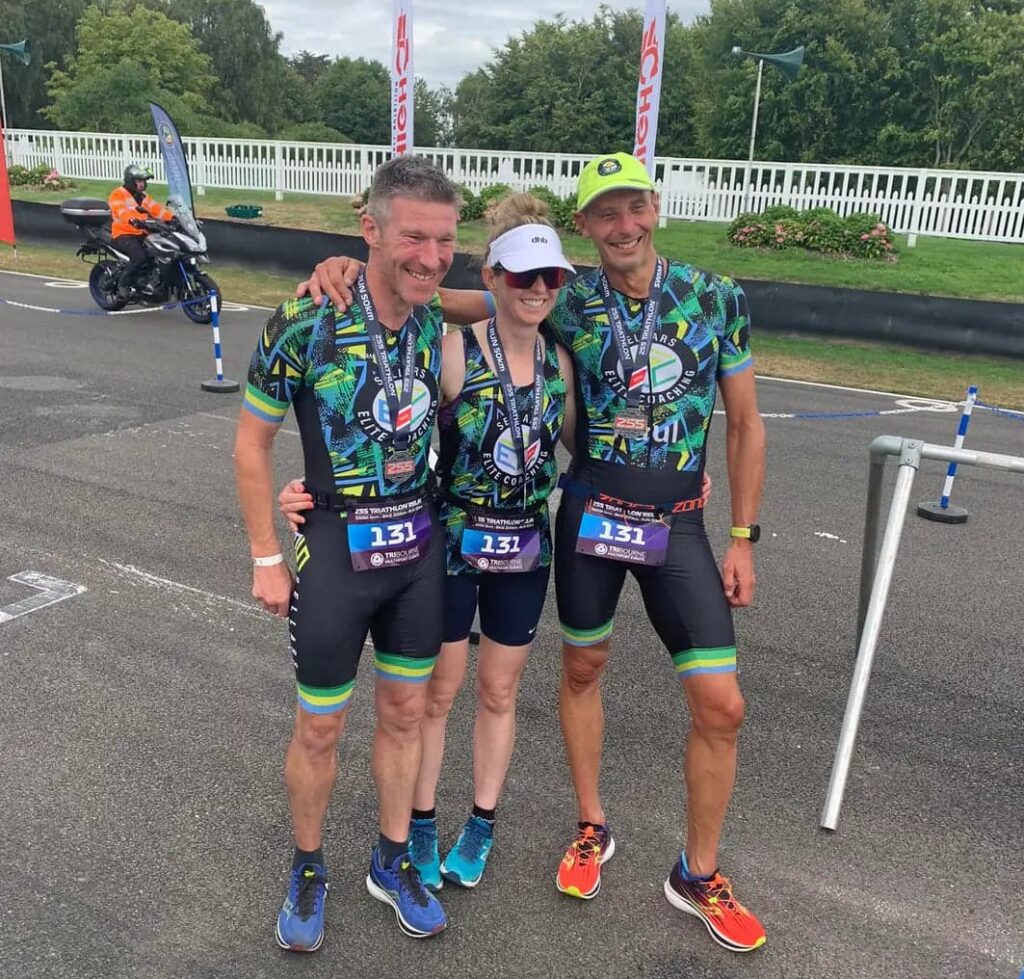 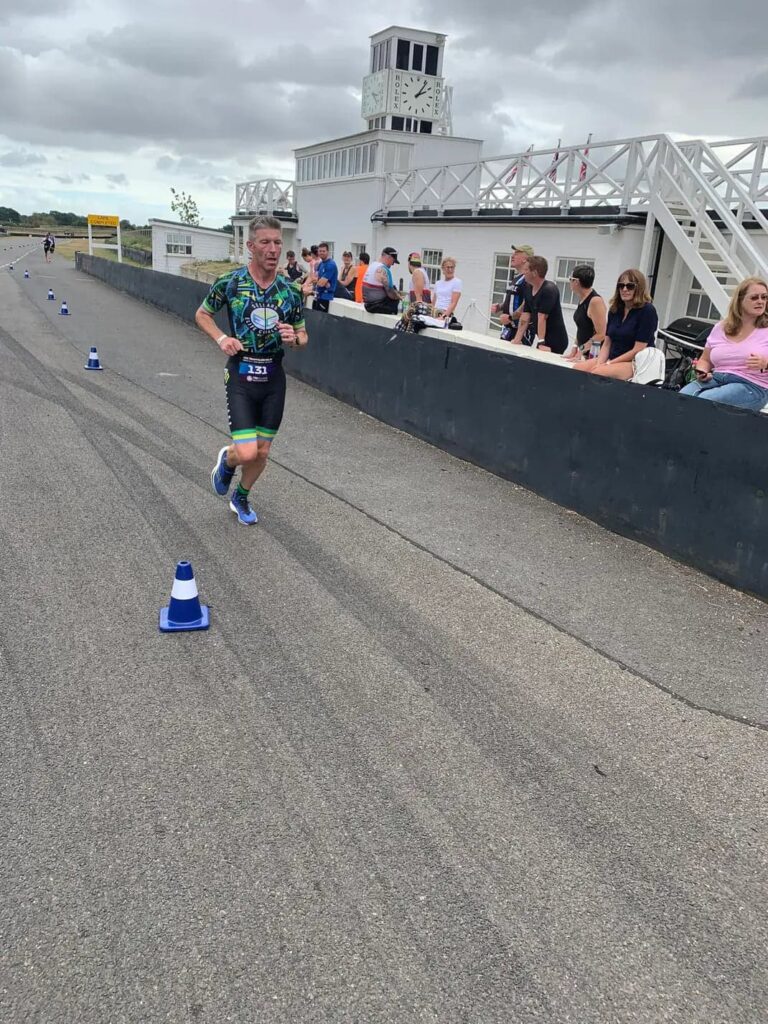 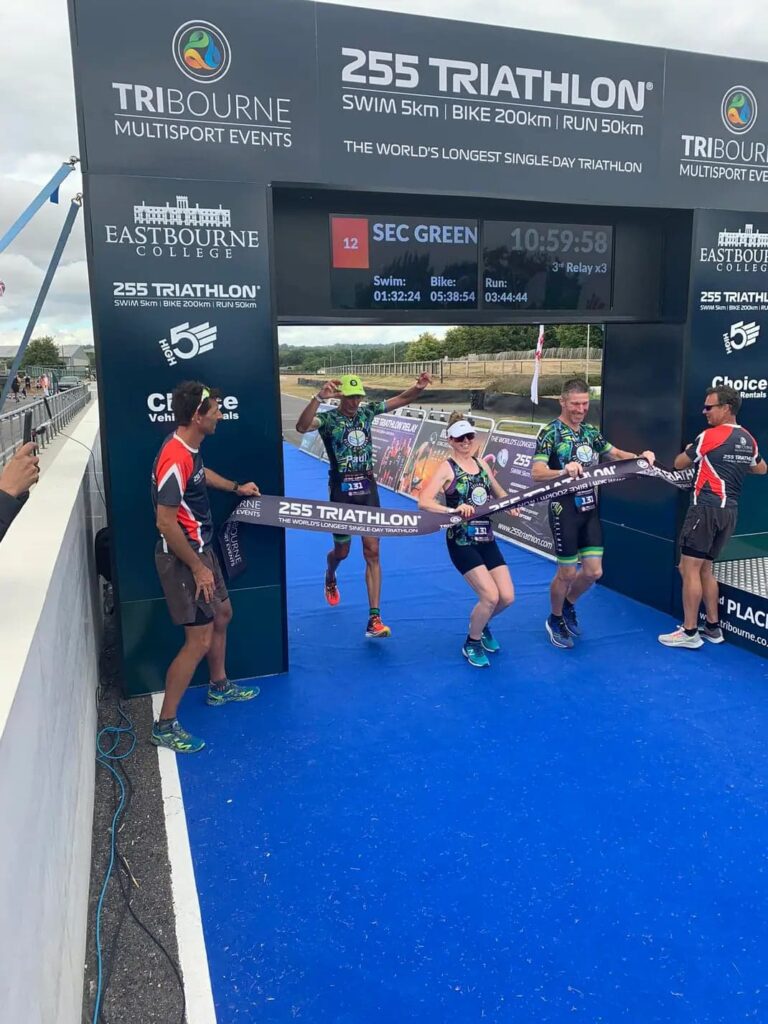 U17 Codie Dewhurst took himself over to Liverpool to run the 5k as part of the Run Aintree day of racing featuring 5k, 10k & half-marathon. (RESULTS). Codie finished in the top 10 places – in only his second attempt at the event distance on the road – crossing the line in 7th place overall with a time of 18.32. 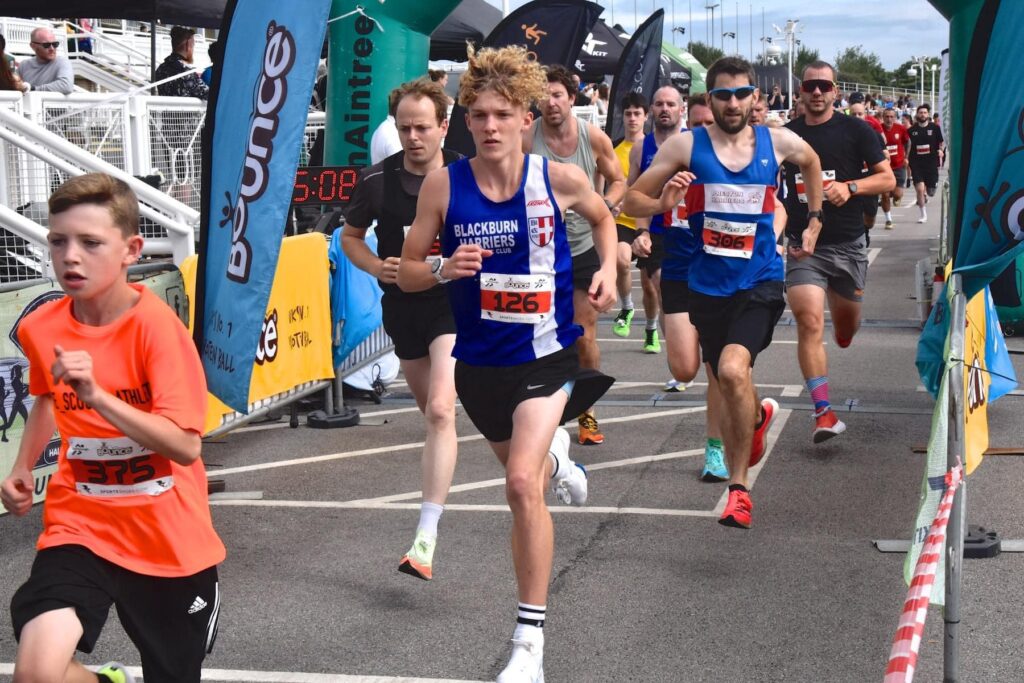