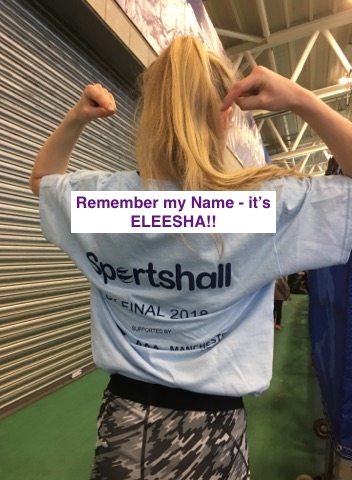 Eleesha Charnley, an U15 young athlete and a member of Blackburn Harriers since she was seven years of age and just a couple of months short of her 8th birthday, recently became the Northern Sportshall Champion which qualified her for the National Championships held at Sportscity.

And what a great performance she put in – taking on the 4 Lap Race, Speed Bounce and Standing Long Jump against the other U15 Girls who had qualified from all over the country. Eleesha finished joint 10th overall out of seventy three athletes – placing 8th in the 4 Lap Race – 5th in the Speed Bounce and 10th in the Standing Long Jump. She was delighted with her qualification and performance at the Championship Final and told the Club after that “It was the most amazing experience to walk out at the front of my team carrying the banner. The standard was phenomenal but I felt very pleased that I could compete in such a good field of competitors and give them a run for their money. Although I did not get in the the winning medal position it was still great that I could get there. Thanks to Blackburn Harriers once again for making this possible”. 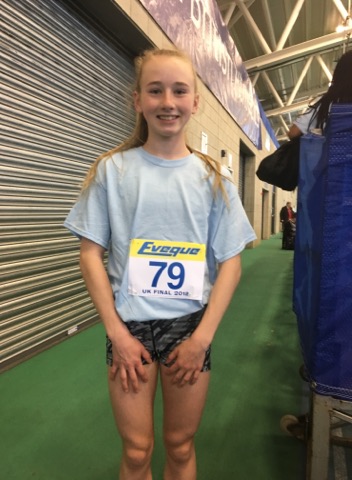