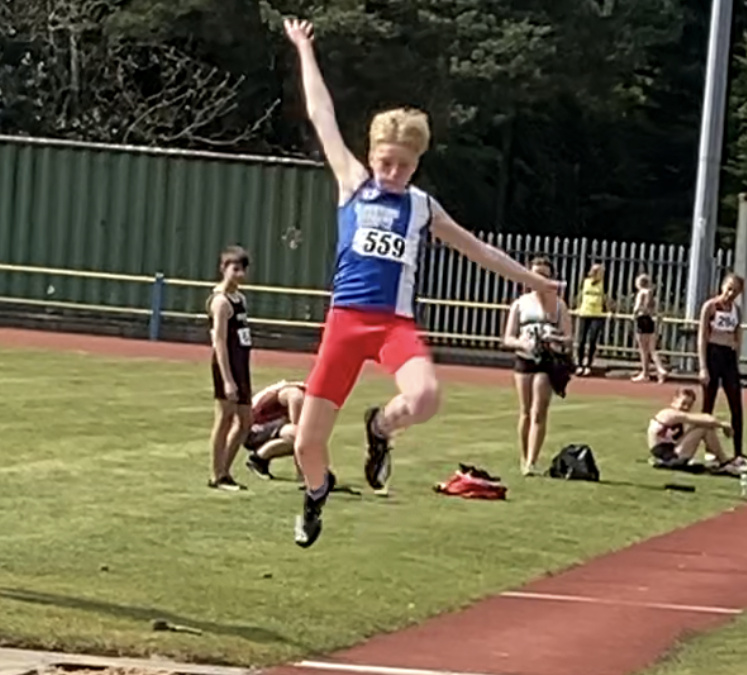 Having last competed in a  a competition some seven months ago Bottom of age U15 Matthew Smith made a brilliant start to his 2021 season – competing in three events resulting in two wins, a second and three new personal bests at the latest of the Trafford Open Meetings on Saturday April 17th.

Pleased with his day, Matthew spoke to the Club afterwards commenting “It’s great to be back at competitions & also at the Witton training sessions. I tried to keep my fitness during the latest lockdown doing some solo run sessions & steady bike rides, like Mick & Andrew suggested. It seems to have worked for me: three PBs in the first meet is a great start to my season. I’m really looking forward to doing some speed work & jump practice at Witton now”. 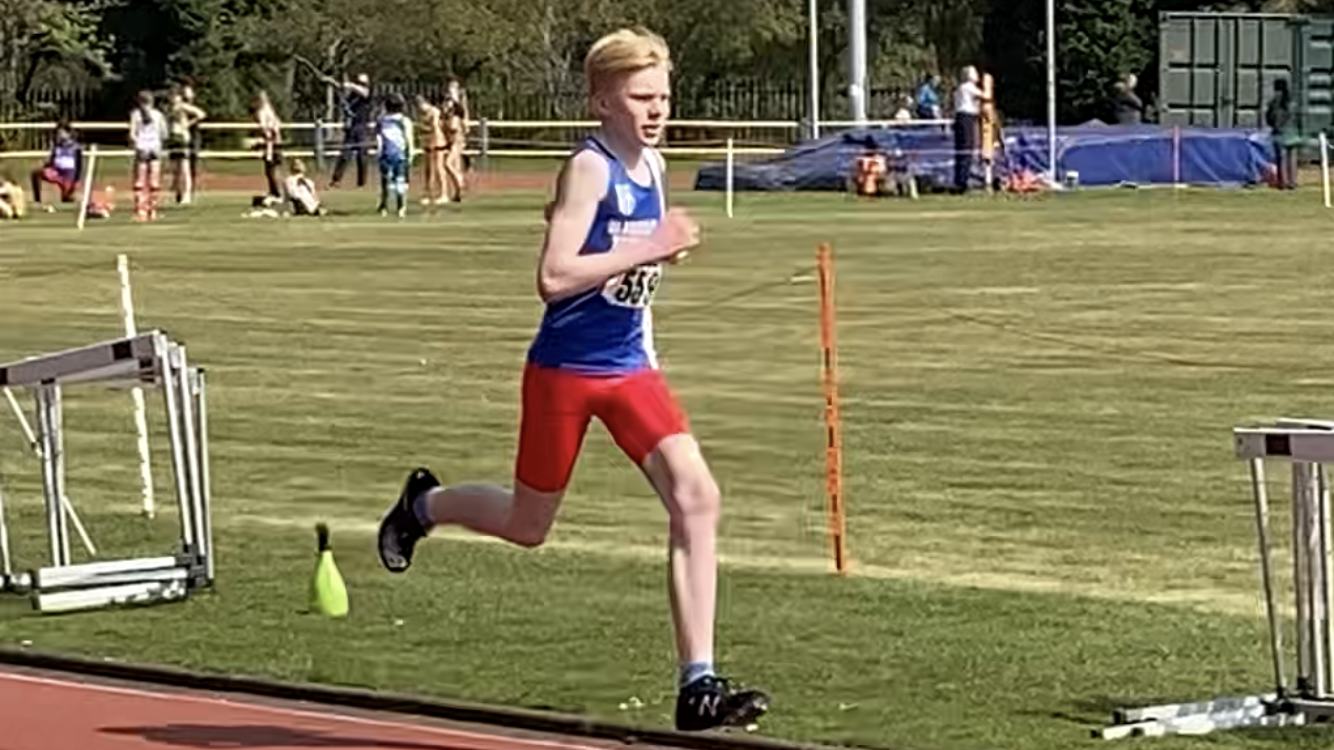 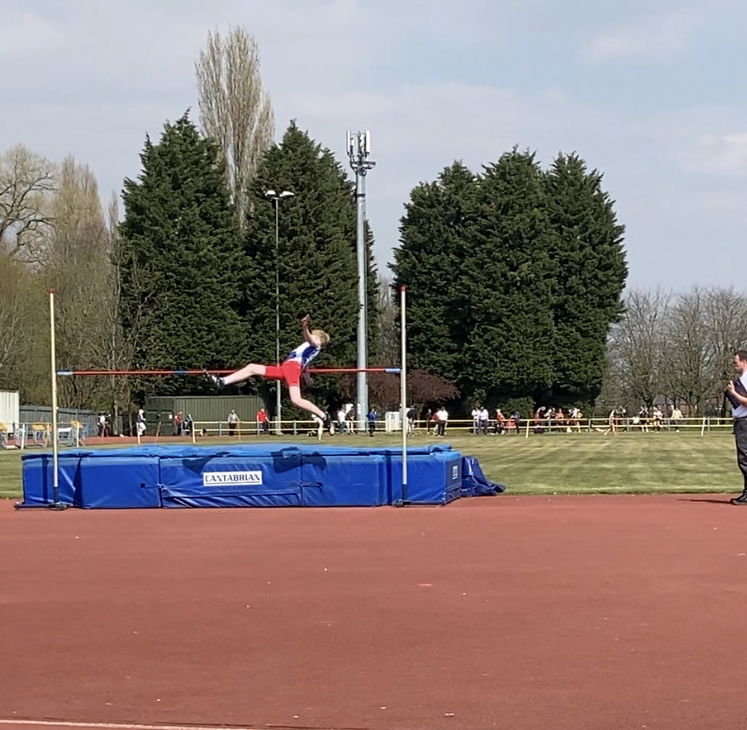 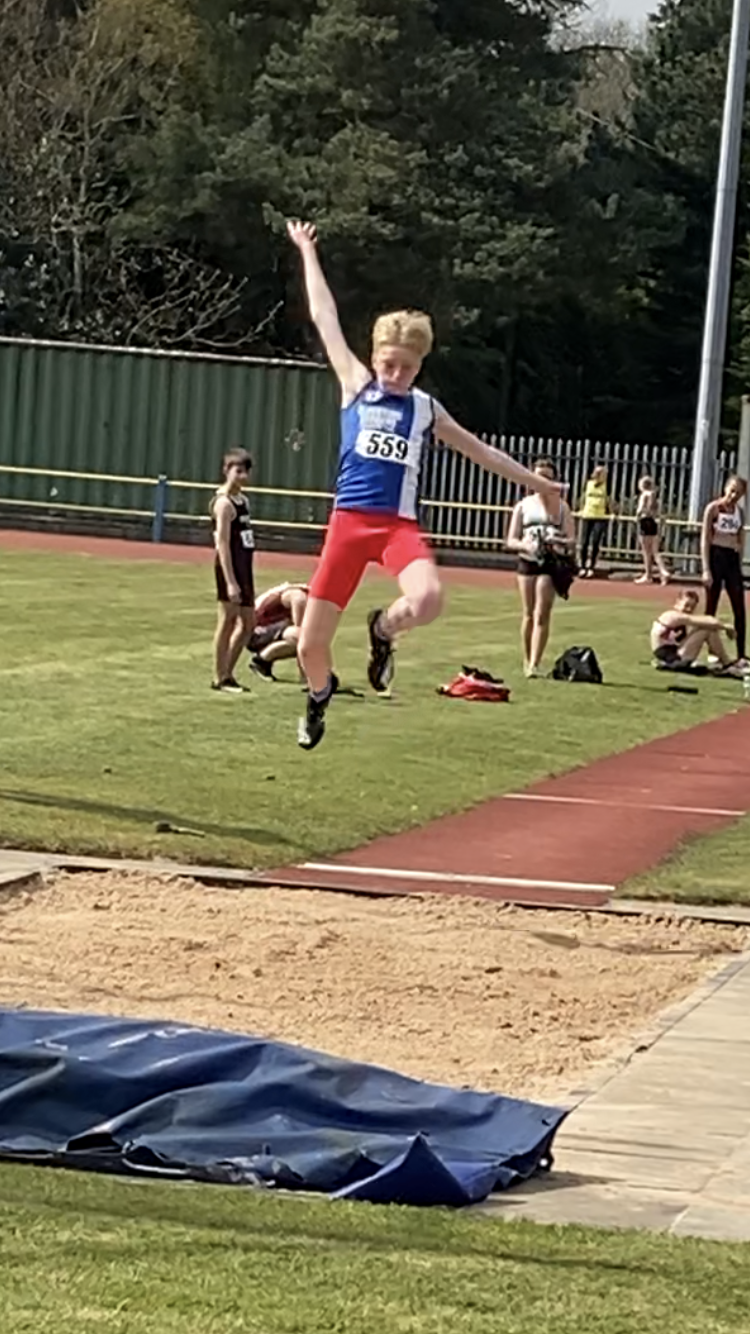 Charlotte Williams was competing again – this time in Florida – and in a competition that featured some top Hammer Throwers in the US including professionals. This didn’t seem to phase Cahrlotte at all as she recorded her best distance in the early part of the season as she made it through to the Final.

In the Final she had her best throw of 61.25m in her first round which was good enough to secure 6th place overall – a Final which was won with a throw of 66.35m Shey Taiwo) followed by 64.58m in 2nd (Molly Leppelmeier) and 63.76m in third place (Jade Glates), testifying to the quality of the competition.

Charlotte spoke to the Harriers as she travelled back from the competition to Georgia University telling us that “The Tom Jones memorial was a really high level competition with many pros and all the top athletes in america. I managed to get into the final and came 6th in the end with a throw of over 61 metres. I am very happy with this as I know this is where I want to be right now in the season. Also seeing that I was the only freshman and the other girls were all seniors or even covid seniors which is 3/4 years above me, gave me a lot of confidence to know I am up there with these girls. I have two more weeks until the next home meet where I am going to try and work on what I need to and smash it out there at what is going to be another high level meet for the throws! Thanks again for the support from everyone, it always helps!”

It has been seven months since Matthew Heywood has competed – October 2020 – a season which saw him throw Hammer just four times because of the Covid restrictions. On Saturday, he and his parents, mad the trip to Hull where he cvompeted in the Hammer in his first year as an U20. Seventeen athletes took part in his mixed event where he finished with a throw of 45.20m.

Speaking to the Club about his first outing in such a long time Matthew told us “I haven’t trained much in the last 12 months due to Covid and it is good to finally get back into things. It wasn’t quite what i was looking for but when i haven’t been able to throw for so long, it isn’t a terrible result. I am looking forward to summer where hopefully i can improve my distance to get the qualifiers and new personal bests”. 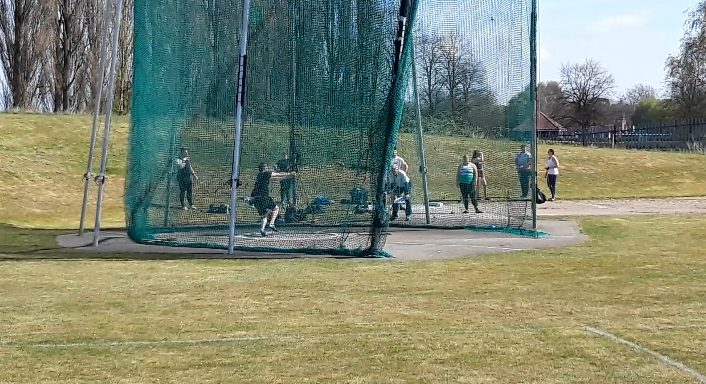