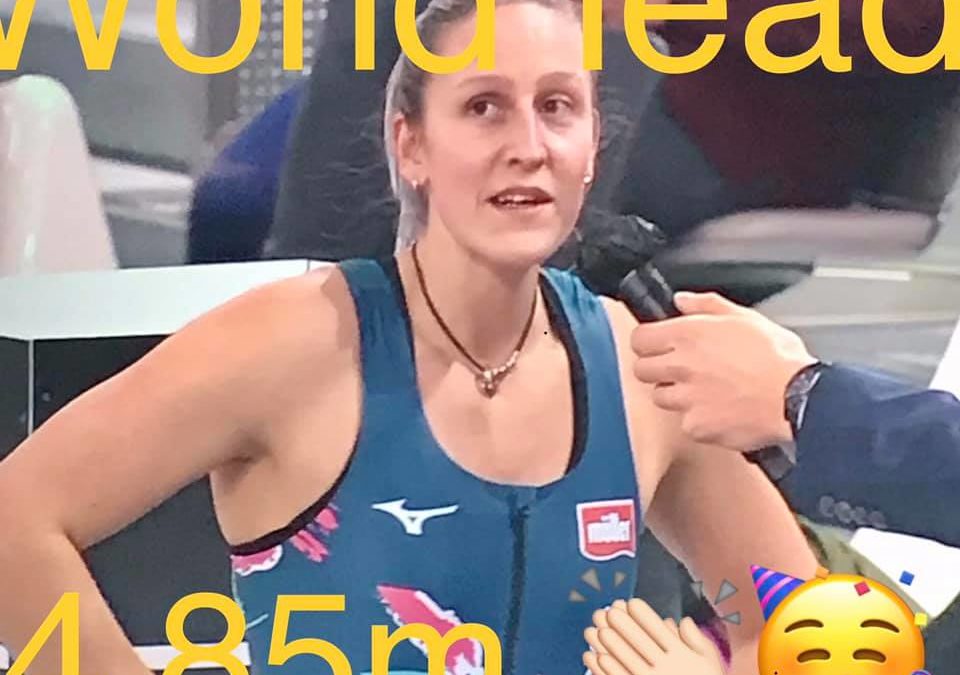 The last time Blackburn Harriers’s Holly Bradshaw featured in competiton was September 2020 at the Golden Spike outdoor meeting in Ostrava which she won with a clearance of 4.60m. Last night in Rouen – part of the Perche Elite Tour – Holly returned to competition, this time Indoors and carried on where she left off at the end of 2020 – by winning.

Ten Pole Vaulters took part in the competition in Rouen which featured some of the best in the world including Stefanidi, Zhuk, Newman and Moser. Holly entered the competition with a first time clearance of 4.43m after passing at the opening heights of 4.23m and 4.33m. Onto 4.53m which she cleared first time followed by a second vault clearance at 4.62m. The bar was raised to 4.70m which she cleared first time, going onto 4.80m which again saw Holly clear at the second attempt. Up to 4.85m went the bar, resulting in failures at the first and second attempt. But one thing is for sure with Holly – she never gives up – and at her third attempt she went over to set a new World Lead of 4.85m and just 2 cms outside her personal best of 4.87m.

At the end of the competition, Holly shared her thoughts with the Harriers telling us “I’ve felt in good shape recently and have been building good confidence and momentum since October so I know a good height was within me but I was shocked it was so soon in the season. I am very happy and excited for the rest of the indoors now”. 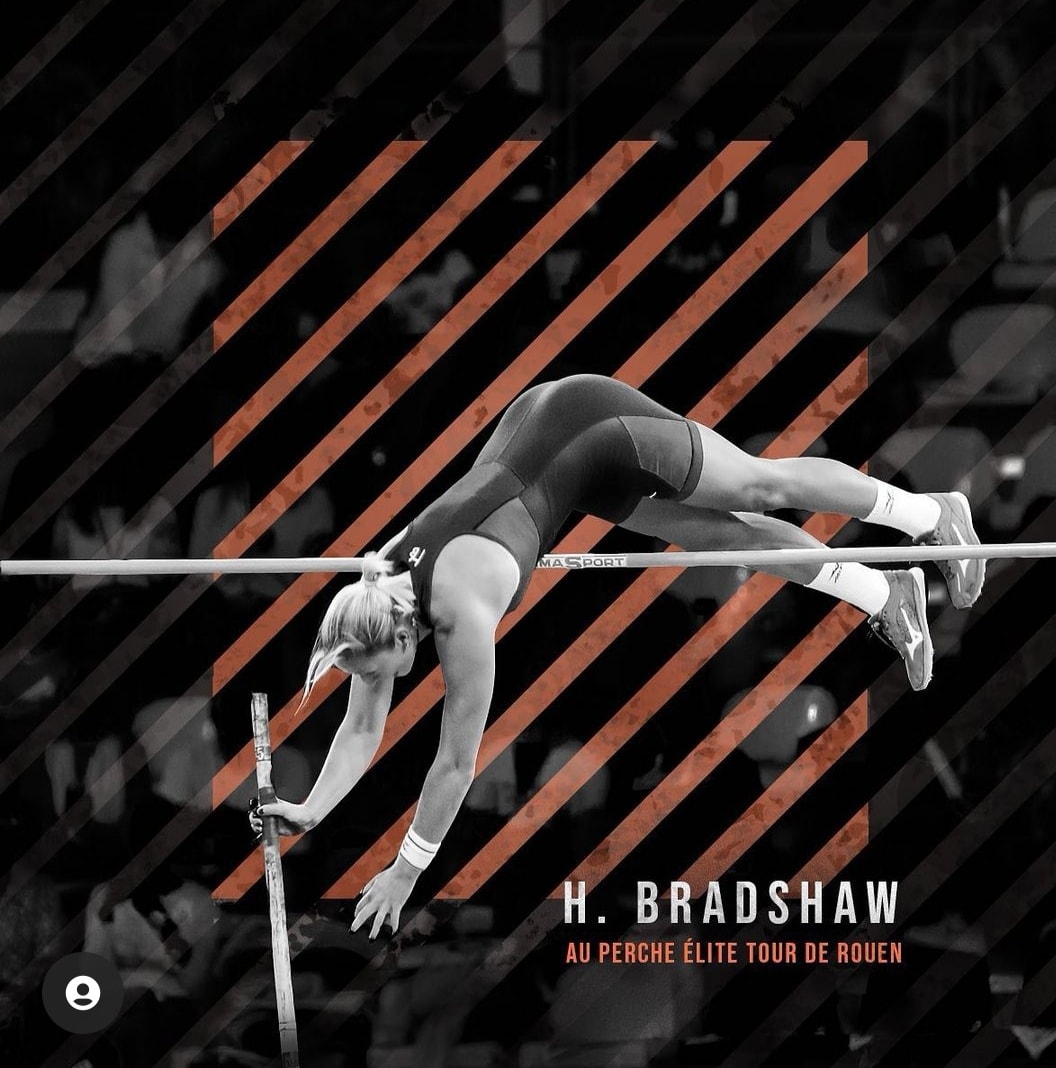