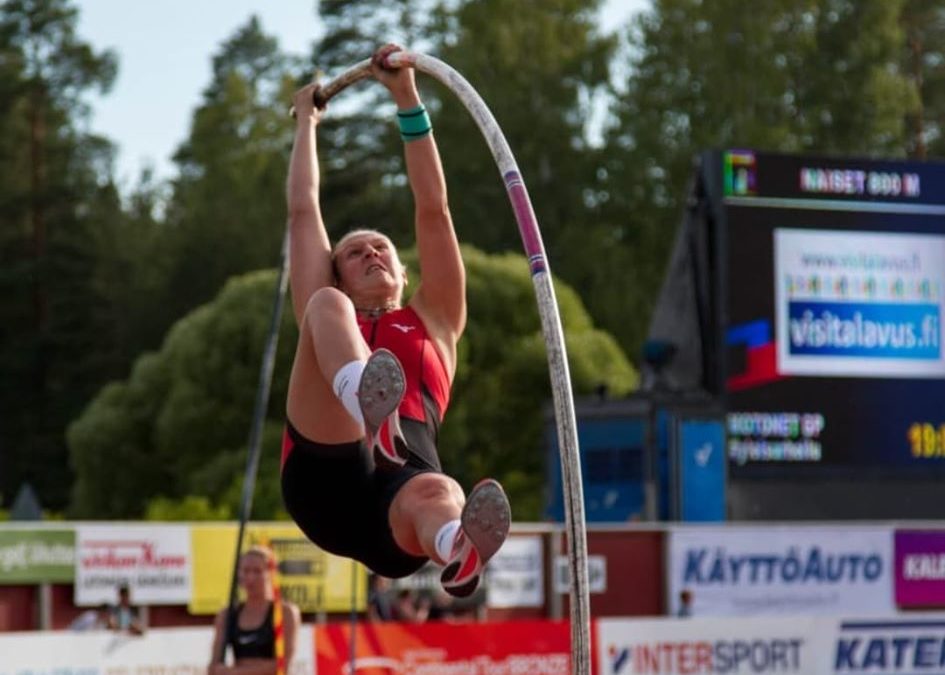 On February 23rd 2020, five months ago, Holly Bradshaw, British Record Holder for the Pole Vault with 4.81m last competed. That competition was Clermont France  where she finished in 4th place, clearing 4.66m.

Yesterday, at the Kuortane Games in Finland, Holly returned to winning ways by clearing 4.73m with Britain’s Sophie Cook in 2nd (4.40m) and Finlands Elina Lampela in 3rd (4.30m). Clearing 4.73m at the 2nd attempt, Holly went on to have a go a breaking her own British Record, setting the bar at 4.82m. After the event, Holly shared her thoughts with the Harriers commenting “I didn’t really know to what expect with what is going on, my training has been disrupted of course even though I made the best of it so to jump 4.73 and be attempting a British Record in my first meet it something I didn’t expect. I am of course really happy and pleased and just looking forward to what the next 7 meets have in store. I don’t think the British Record is out of the question now, which is exciting” 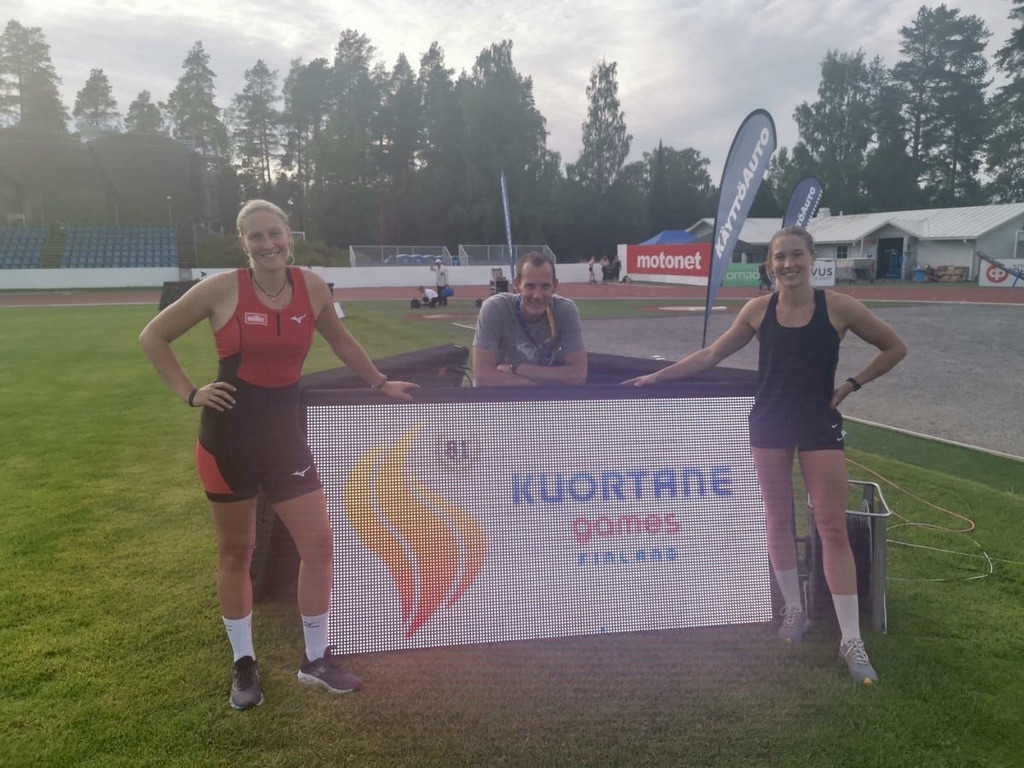 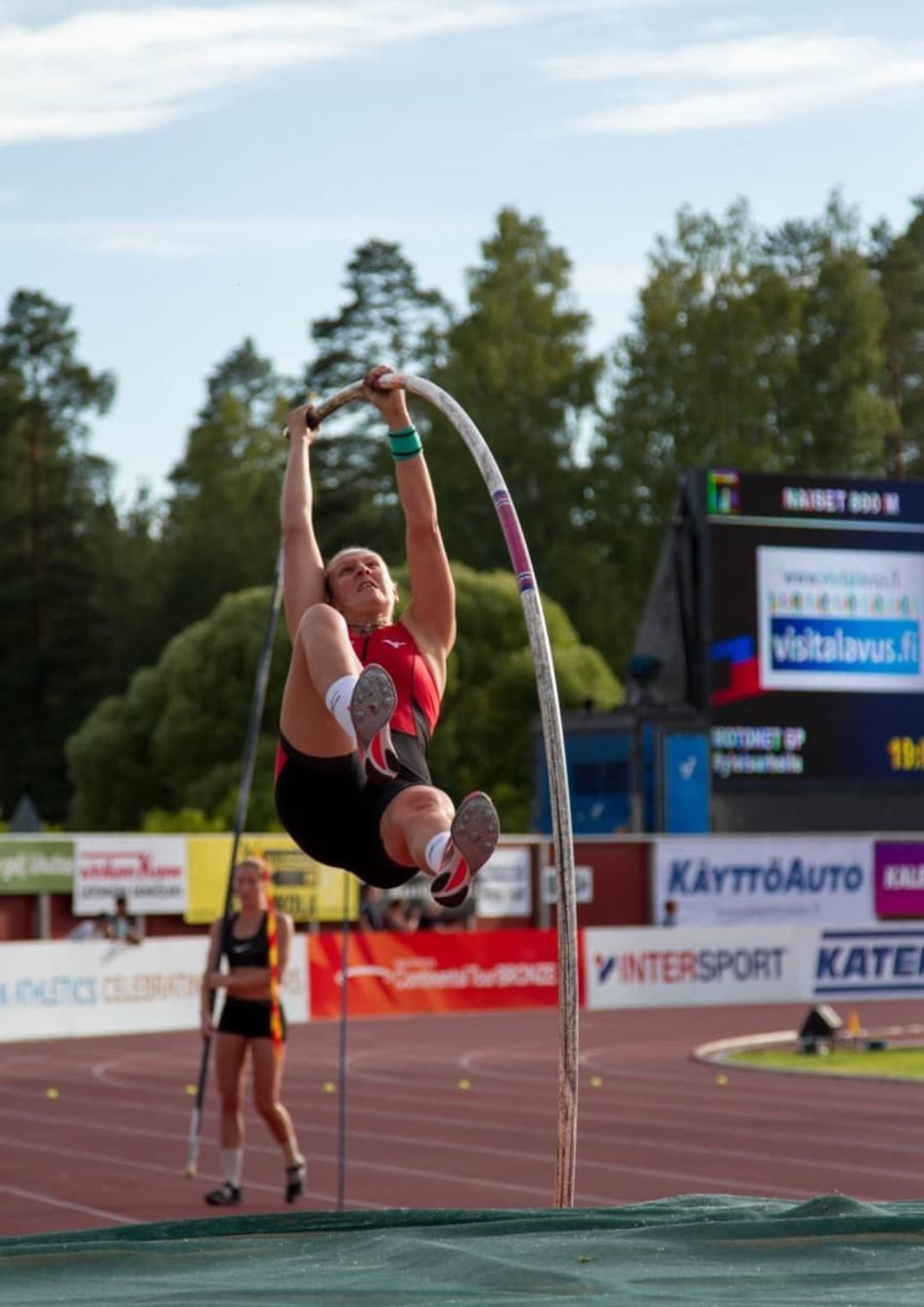 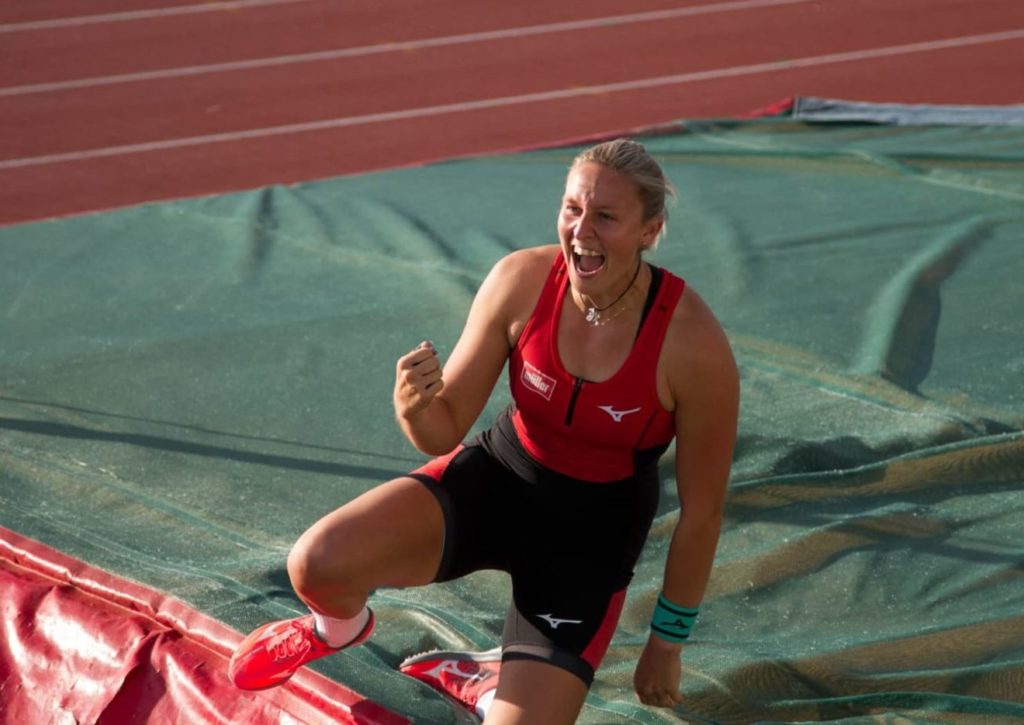 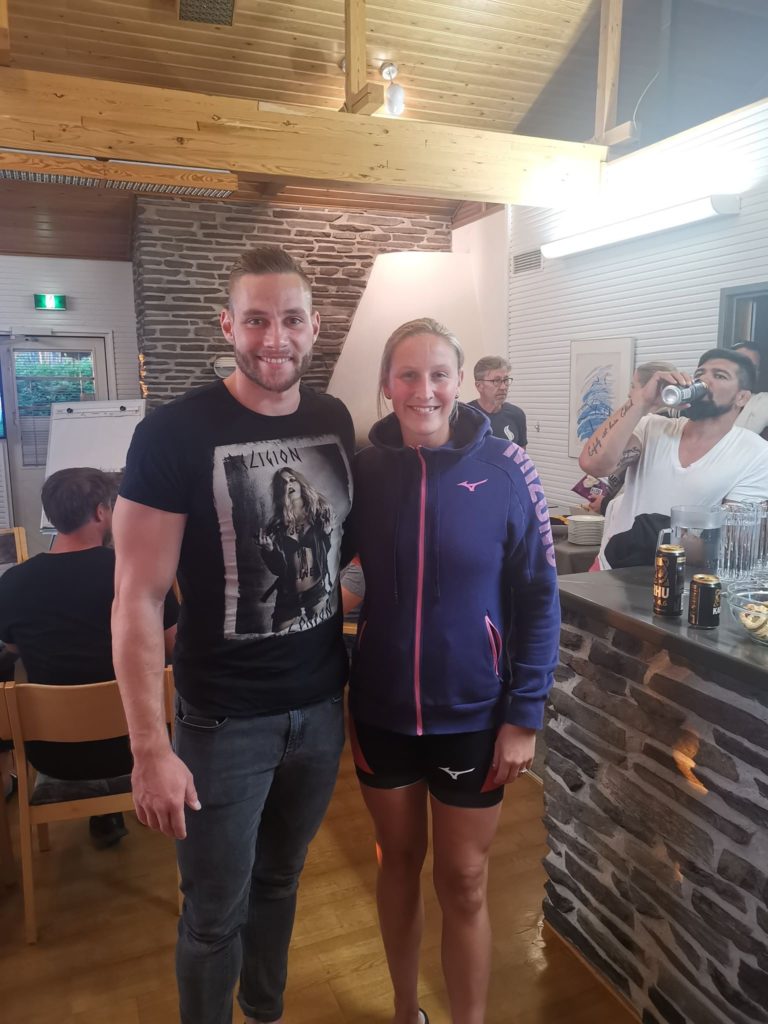 U15 Thomas Monks, U20 Ben Whittaker and U17 and George Whittaker, took part at the Trafford meeting held on Saturday which saw Thomas take on the 300m, Ben and George both opting for the 200m.

Thomas had a cracking race, winning his 300m – just three athletes allowed – in a very good time of 39.52 – which represents a three and a half second new PB from when he raced in the UKYDL North Area Plate Final at Sheffield – July 2019. To say that he has had no track training or competition at all this year, other than a few Indoor Races back in January and February, this time represents a great step forward for the youngster. 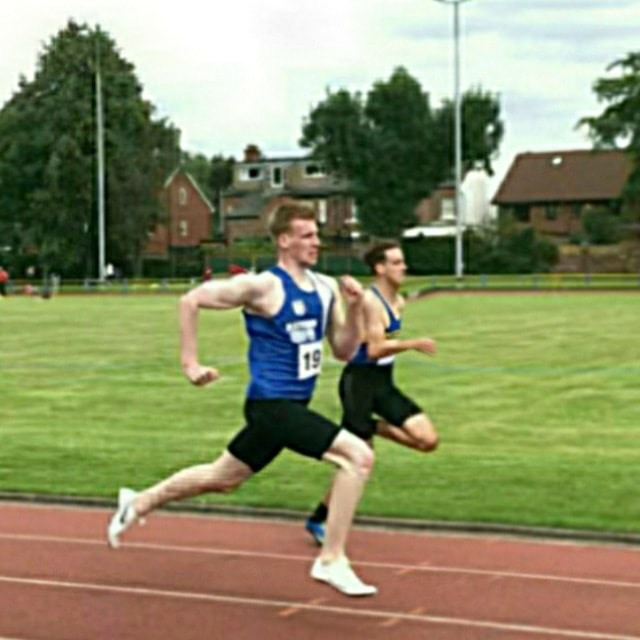 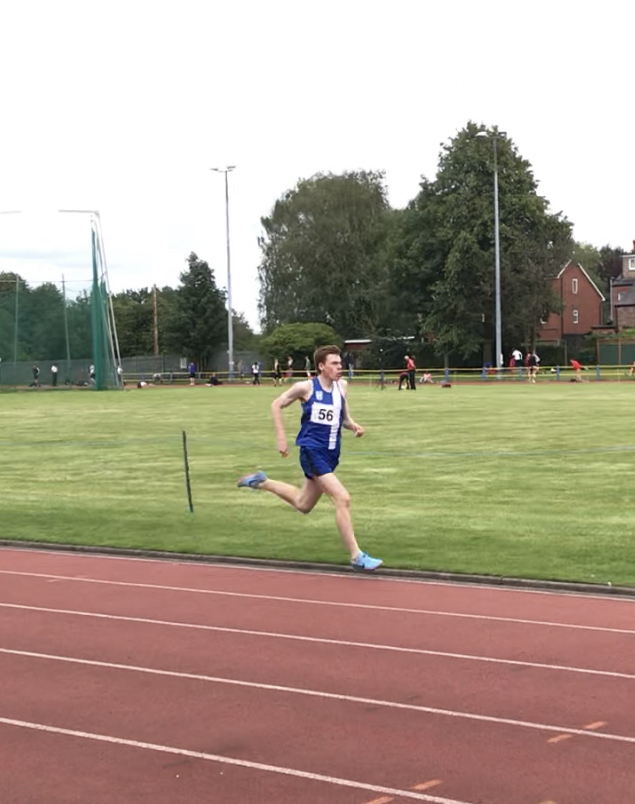 Matthew Heywood is in his second year as an U17 with a Hammer personal best (5kg) of 53.38m and finished 4th at English Schools in 2019 with 52.00m. Having had no access to throwing now for five months, because of the closure of facilities, Matthew traveled to Hull for a competition on 25th July where he threw 48.82m in the Hammer (5kg) and 26.37m in the Discus (1.5kg). Not a bad start in the context of all of that.  Similarly for V55 Tony Balko who travelled to Nuneaton on July 12th for an event where he won the Shot Putt (6kg) with a throw of 11.00m.