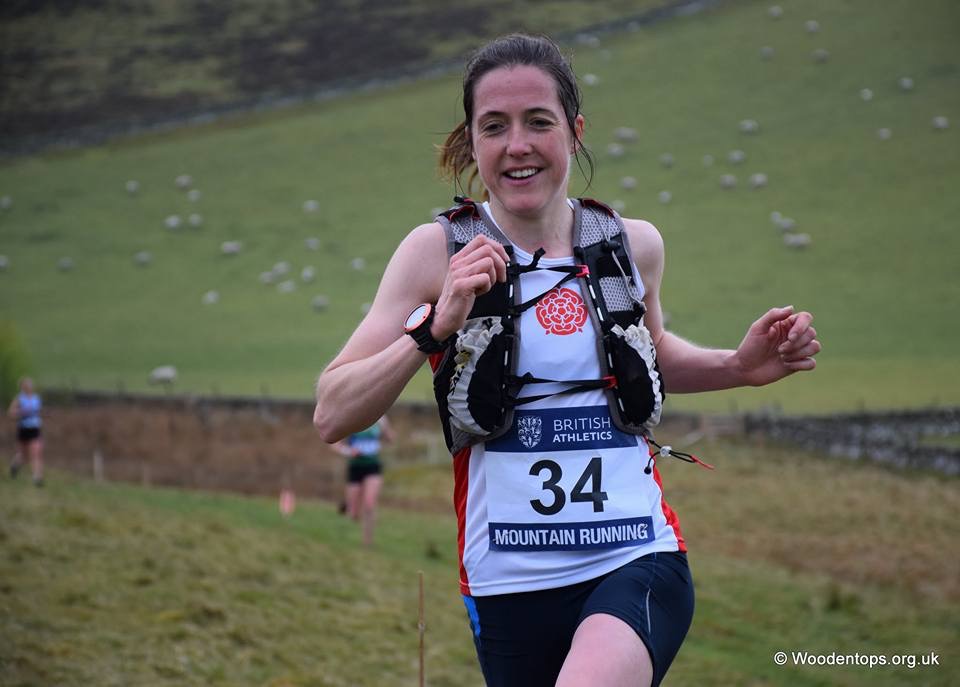 Great running by the Lancashire Team in the Inter-Counties Fell Championships at Broughton heights last week which saw the Men take Team Gold led home by Chris Arthur and the Women led home by Nichola Jackson just outside the Medals in 4th place.

Blackburn Harrier Victoria Mousley ran for the Women’s Team and unfortunately due to an injury, Liz Greenwood had to withdraw after being selected. After the Race Victoria spoke to the Club and told us that “Lizzie was Injured and wasn’t allowed to run she was very much missed. Really tough course! Super hilly, strong winds but a fantastic event”. 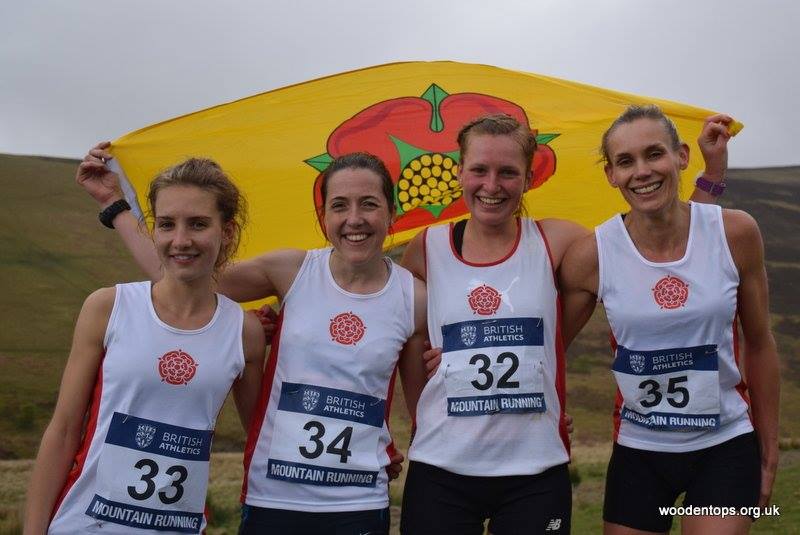 Three hundred and seventy one finishers at this years Race with three Blackburn Harriers among the runners. Classified as an AM event, the Fairfield Horseshoe starts and ends at Rydall Hall (grid reference GR367063) near Ambleside. The 9 mile (14.5Km) route incorporates 2999ft (914m) of climbing. This years Race was won by Ben Abdelnoor in a time of 1hr 22. 36.

This Race is described on its Website as ‘A demanding 22 mile route, with 3011ft of ascent, takes in landmarks such as Pikedaw, Gordale Scar and Malham Tarn; and a gentler 9 miles, which includes The Pennine Way and Janet’s Foss – voted one of the Top 10 Secret Trails of The National Trust’.

It was the ‘gentler 9 miles’ that Blackburn Harrier John Orrell decided to do and he had a good run coming home in 15th spot with a time of 90.29 out of a field of 108 runners. 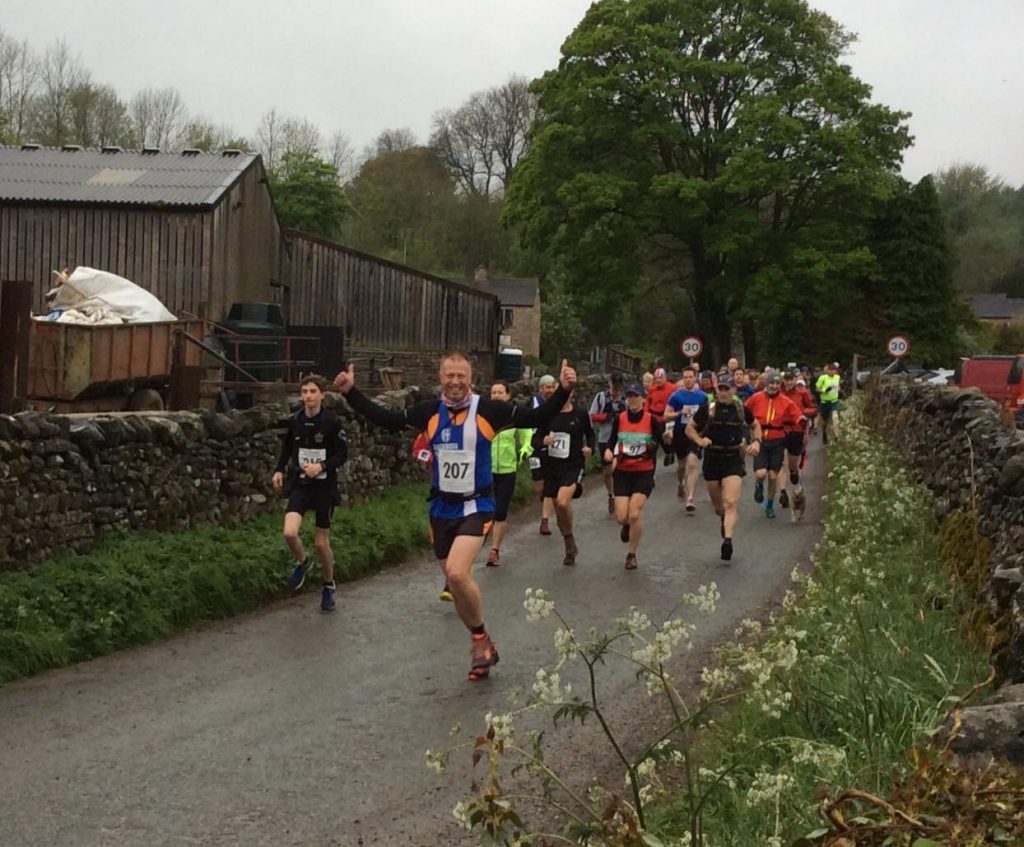 This was a tough Race for the Juniors as Chris Thompson, father of Dexta, Kady and Felix told the Club afterwards…….“Our kids ran in the 5th junior FRA race of the series over at Great Whernside at Kettlewell today. A very tough uphill only race being one of the hardest races they have ever done especially for Felix, they had to run all the way up then walk back down to the start, making it very hard for us to watch”. 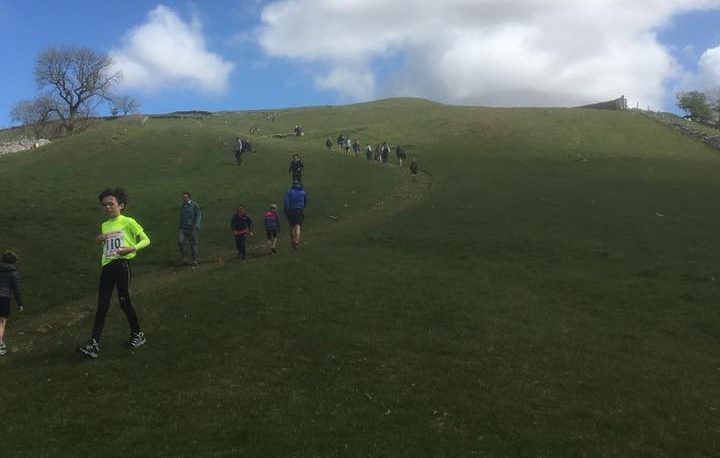 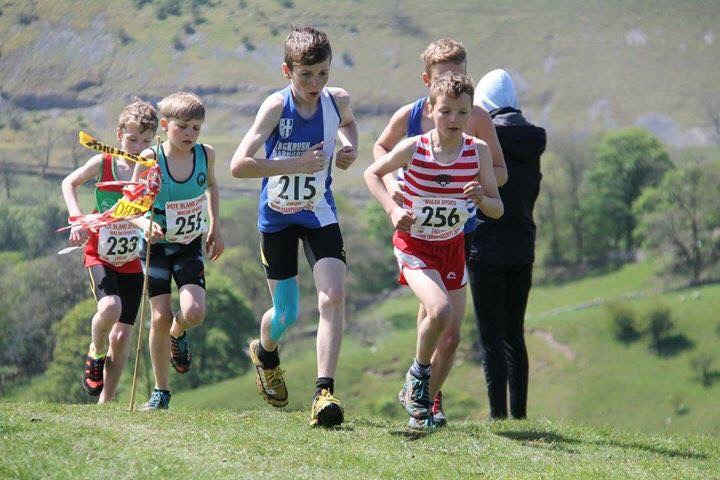 Kady Thompson took 61st position out of a 66 strong field with a time of 9.10 whilst brother Felix Thompson came 9th in his U9 Race which featured 42 youngsters.

U11 Results
U9 Results 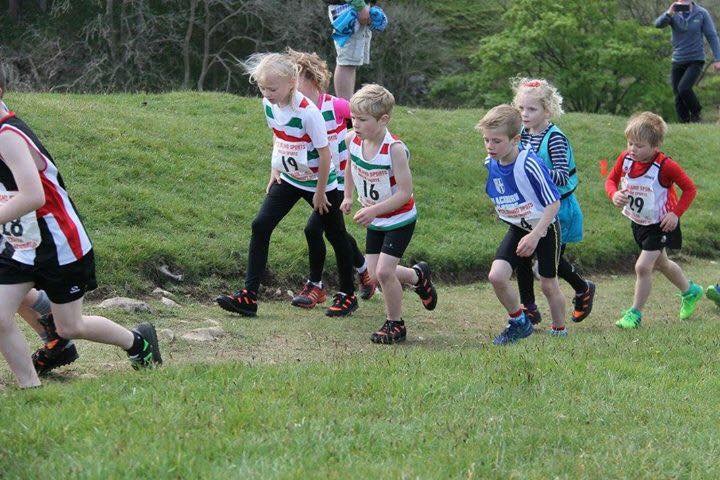 The latest in this years B&PGP Series took place on May 17th – WHOLAN NOOK TRAIL RACE  – featuring 208 runners and won by Danny Collinge in a time of 30.23. 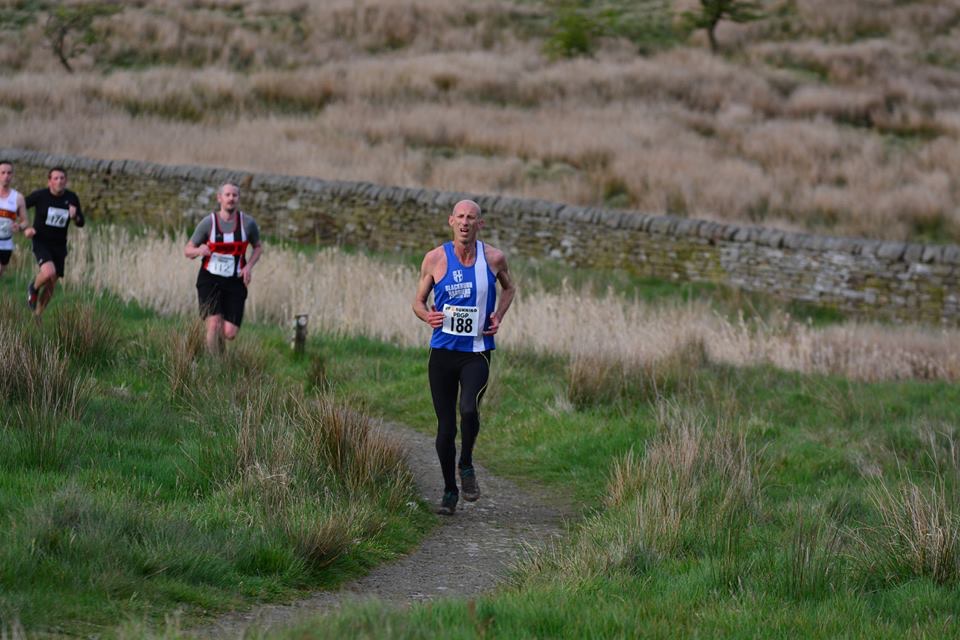 It was an unusually small field for the first Race in this years Race Series of seventy eight runners and emphatically won by Gary Priestley in a time of 26.16.

Four Blackburn Harriers took part which saw good runs from Jack Hindle taking 2nd place in a time of 28.02 in his first race over the distance on the road. Just behind came Chris Davies in 3rd  posting a time of 28.15 to give him the V40 1st Prize on the night and a PB on the Course. Lindsay Davies set a big new PB finishing 67th with a time of 42.05 while David Morris (V50) placed 76th in a time of 48.25. 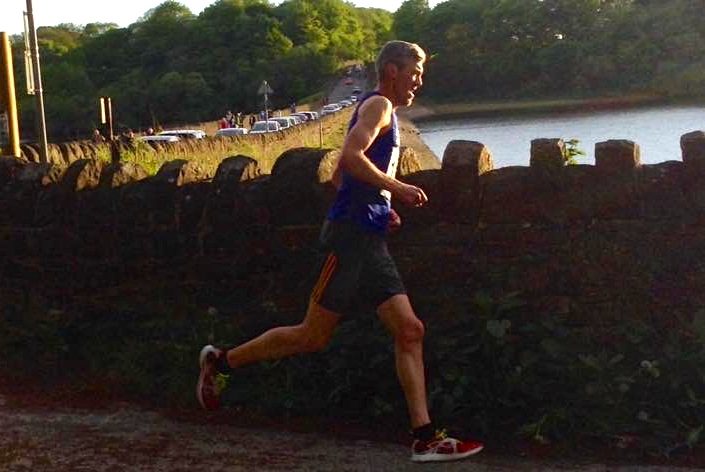 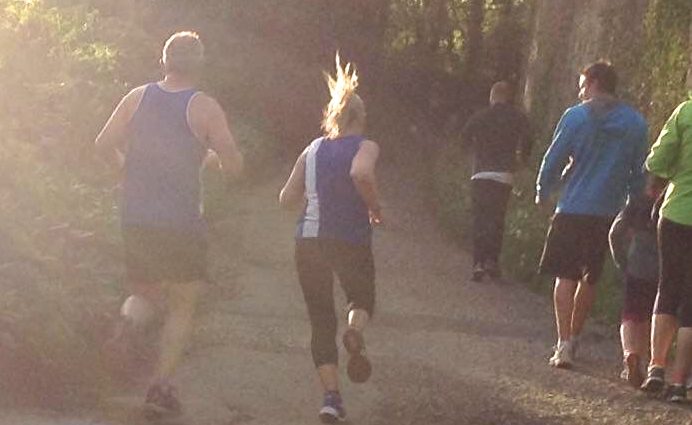 Two Junior Races with the U13 and U15 youngsters all racing against one another and it was a double win for the Harriers —  Leon Thomas coming out on top winning in a time 5.00, some eleven seconds ahead of the 2nd placed Horwich runner and Amy Davies who placed 9th overall took the Girls Race in a time of 5.36. 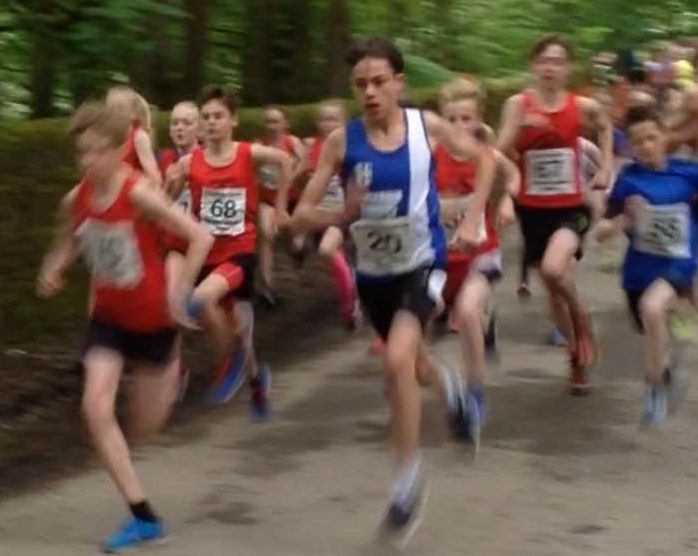 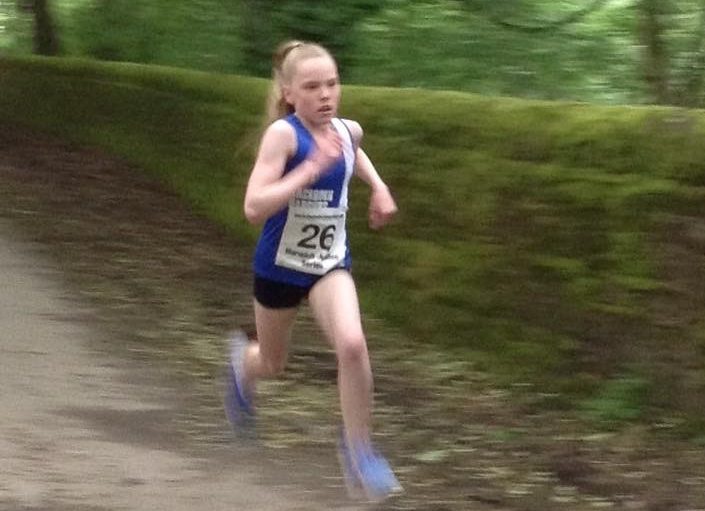 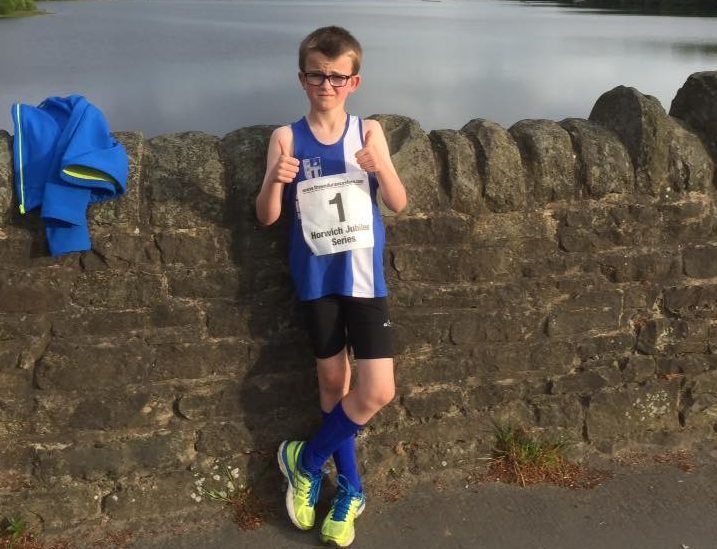 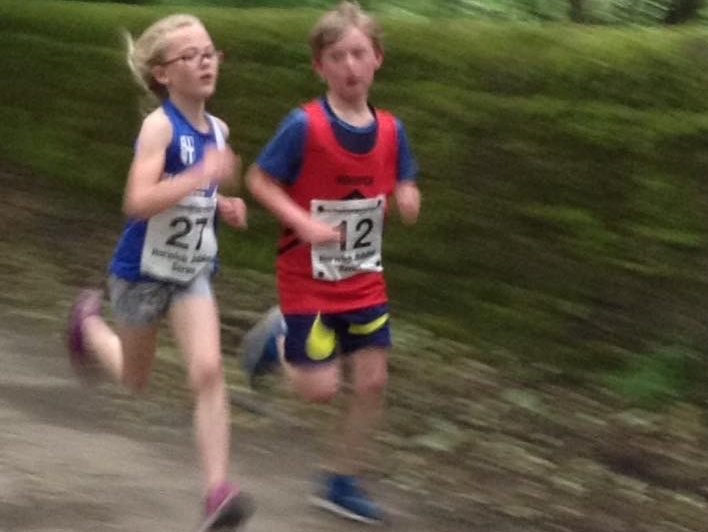 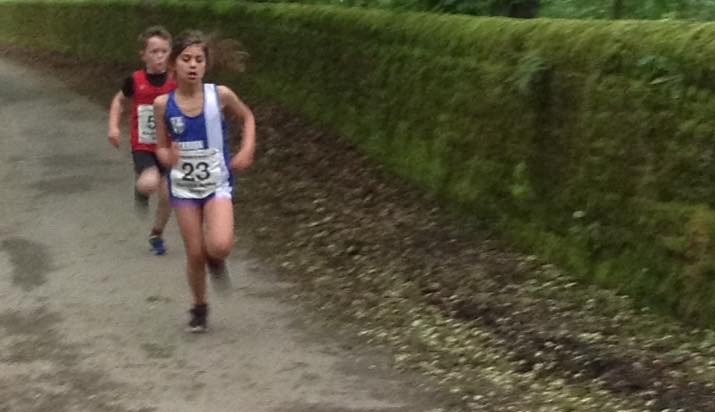 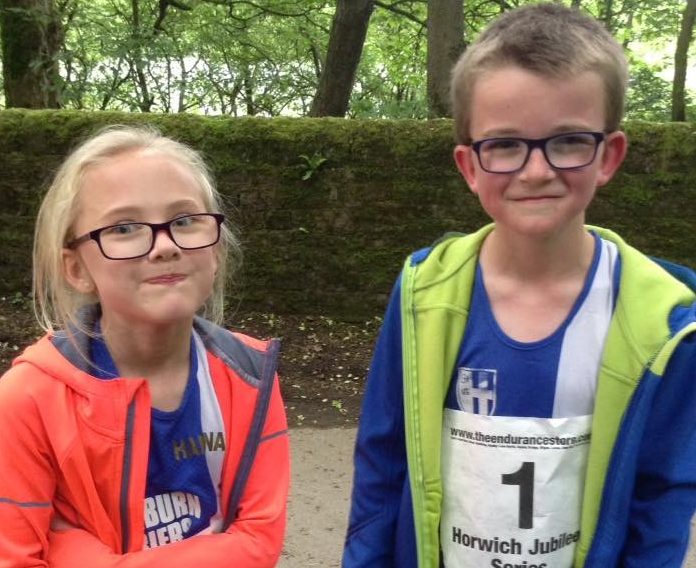 And last but by no means least is a big mention to Lorna Sharp who set a new PB at the Avenham Park 5k run on May Day with a time of 26.53 which meant she had chopped over three minutes off her previous best run.