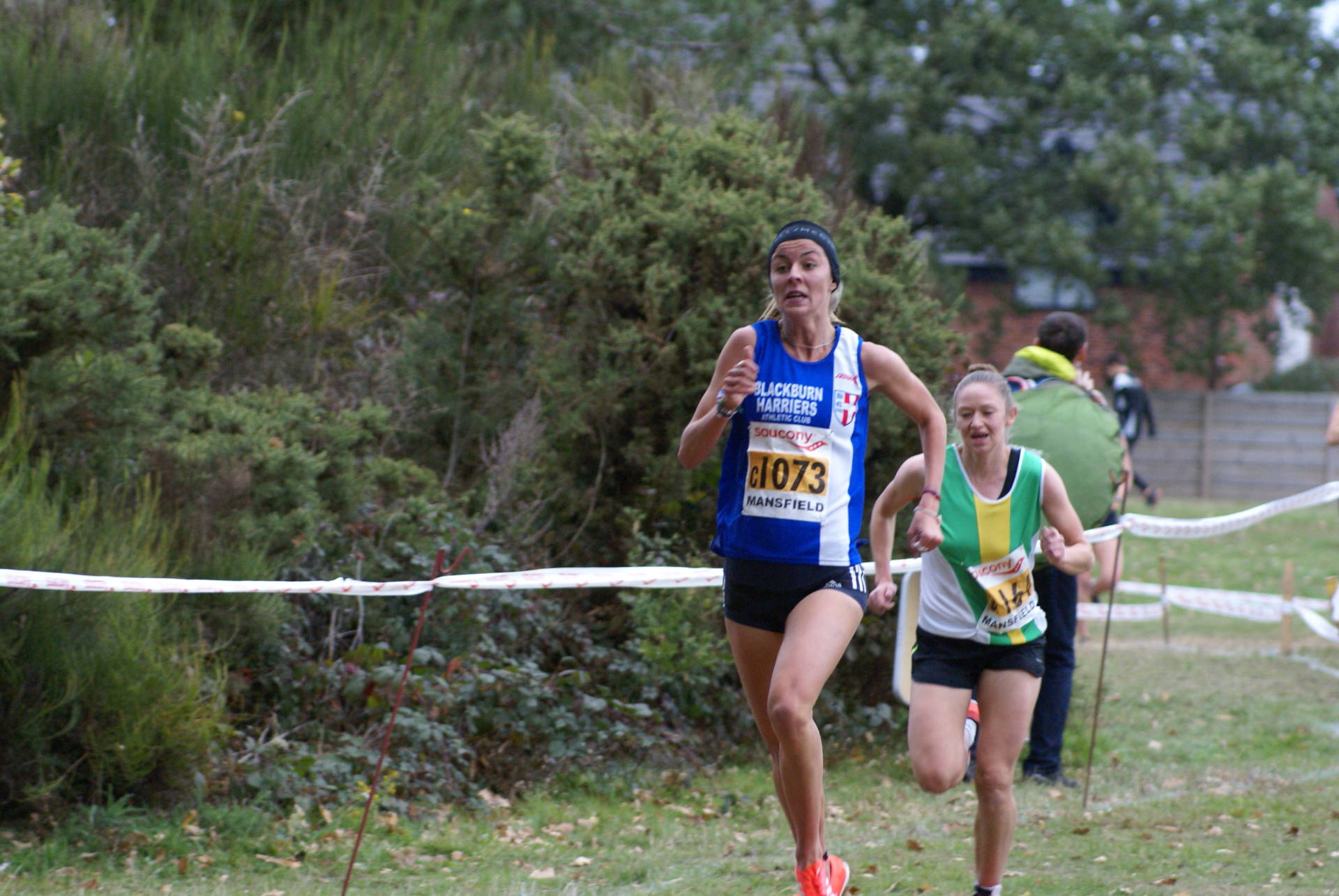 Windy but very dry conditions for this years National Cross Country Relays held at Mansfield at the weekend which featured some greating racing and competition amongst all the age groups.

First up for the Harriers were the U13 Boys race in which the Club had three teams entered in a field totalling eighty eight teams with another eighteeen part teams. The lads did really well finishing in 22nd, 43rd and 66th positions and for a number of the youngsters, this was their first taste of Championship competition, acquiting themselves in the best possible way by giving it everything they had. 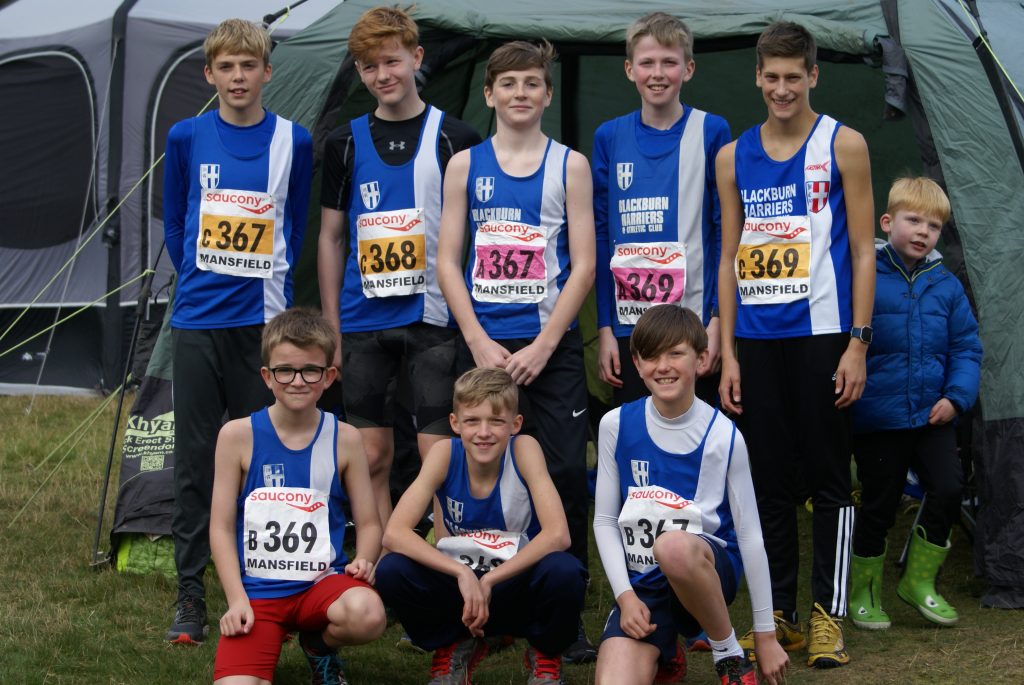 The ‘A’ Team of Dexta Thompson – Jonathan Brindle – Isaac Butler finished in 22nd spot with Dexta running the fastest leg of the team in 7.12 to hand over to Jonathan in 17th place. Jonathan ran a time of 8.10 to pass on to Isaac on the final Leg in 42nd place. Isaac had a cracking Leg as he clocking 7.15, pulling back twenty places. 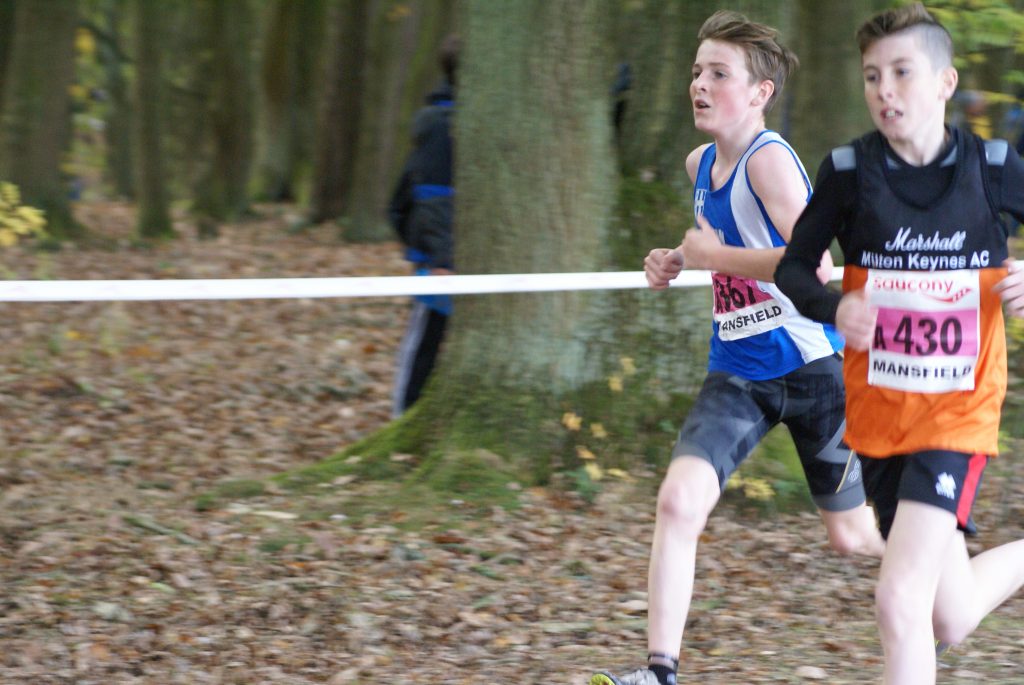 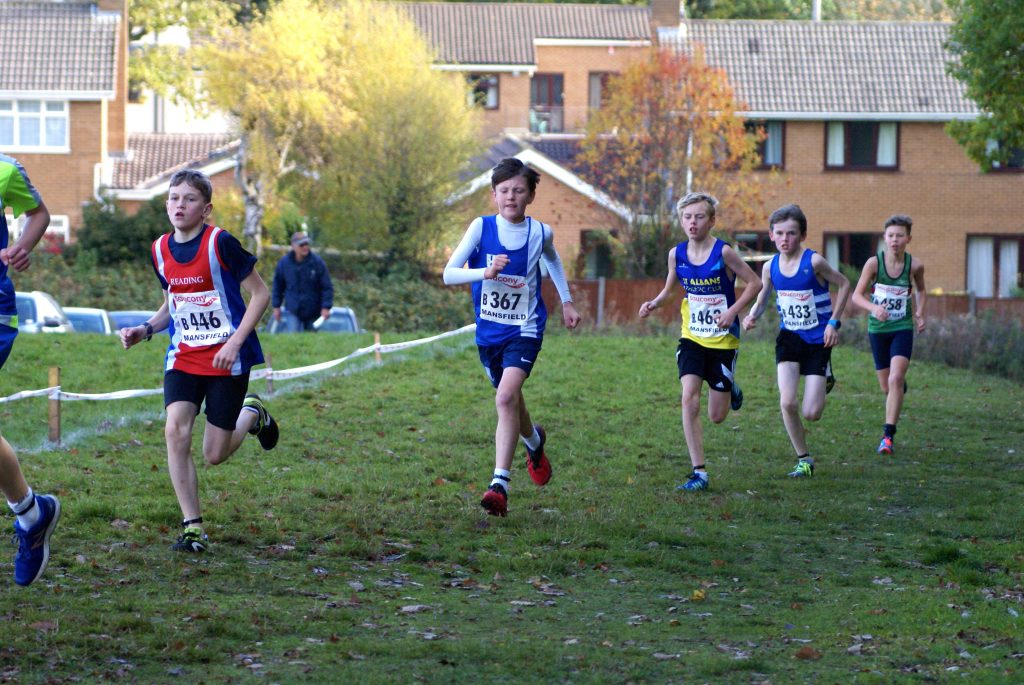 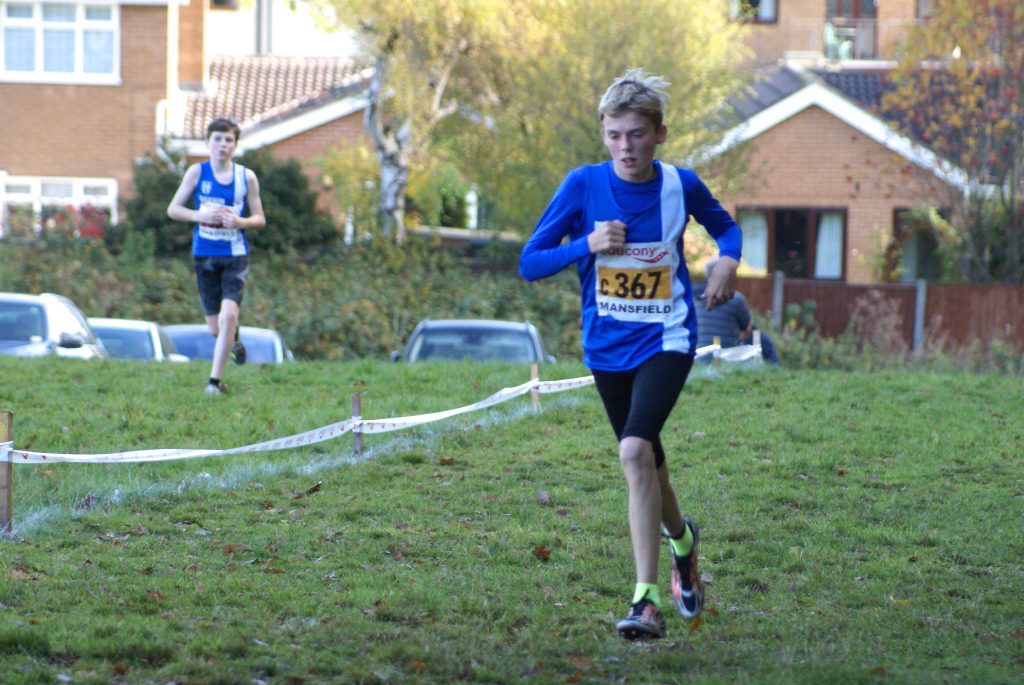 Our ‘B’ Team which had Ben Livesey, Codie Dewhurst and Theo Watson saw Ben lead off on leg (1) in a good time of 7.53 to hand over to Codie in 73rd place who ran a solid time of 8.05 – pulling back fifteen places, bringing the lads back to 58th place. Theo ran the final Leg, running the fastest time of the team (7.26) – also winning back fifteeen places – to bring them home in 43rd. 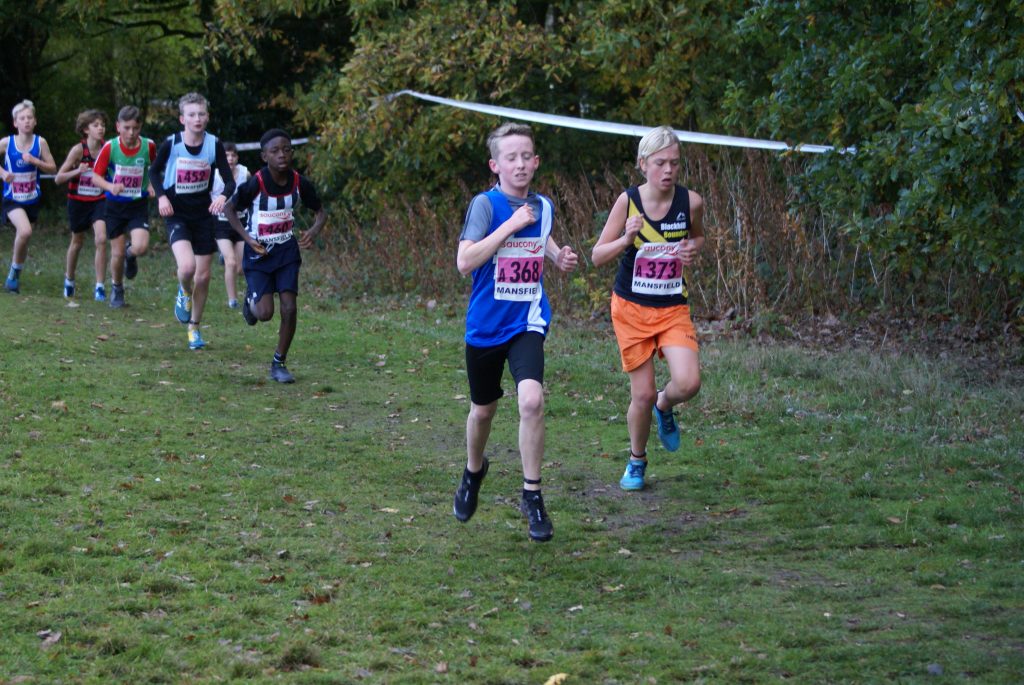 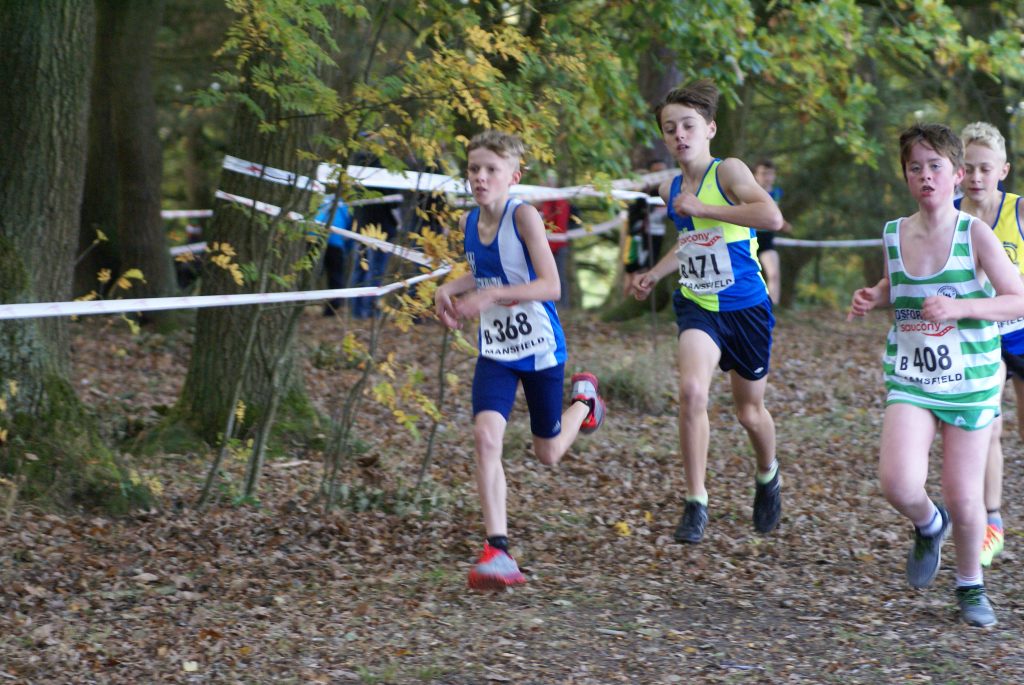 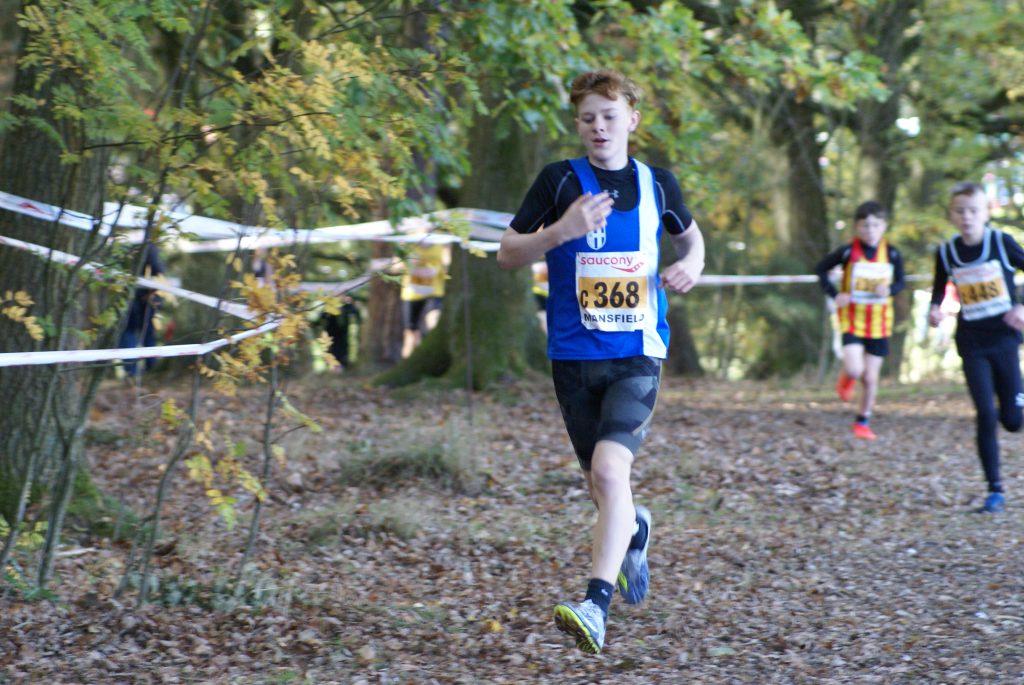 The ‘C’ Team had Daniel Smith on Leg (1), Oliver Gill on Leg (2) and  Saul Sharp on Leg (3). Consistent running by the lads saw them produce times which only had them separated by twelve seconds. Daniel lead off with a clocking of 8.24 to hand over to Oliver on Leg (2) in 101st. Oliver ran a time of 8.11 – the fastest of the team – to win back a massive twenty three places as he handed over to Saul on Leg (3) in 78th. Saul continued clawaing back places for the team winning another twelve places with a time of 8.13. 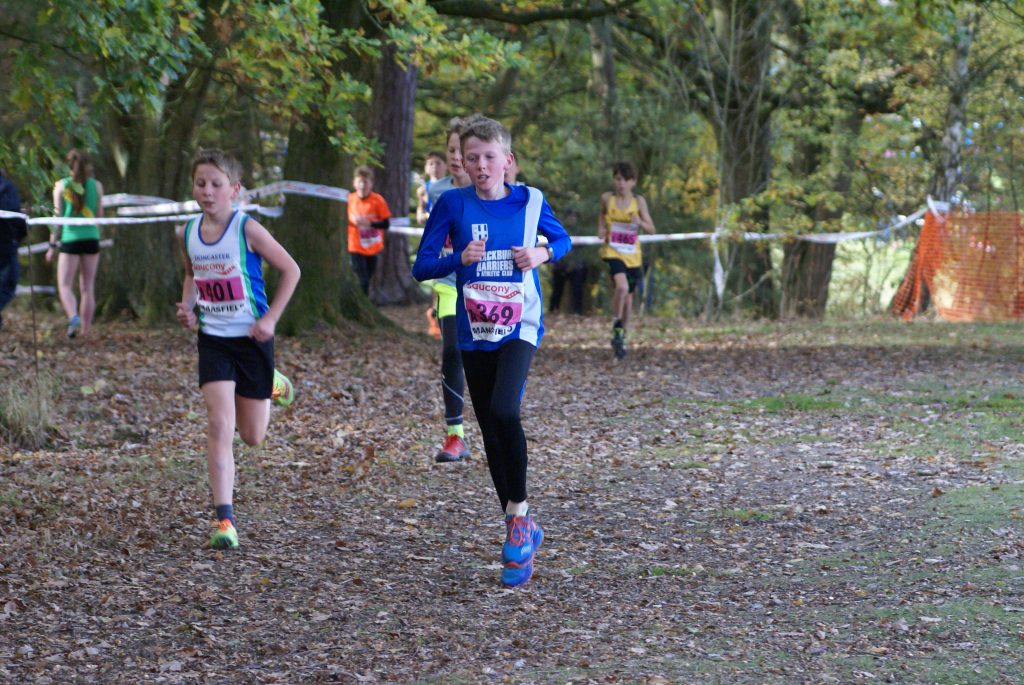 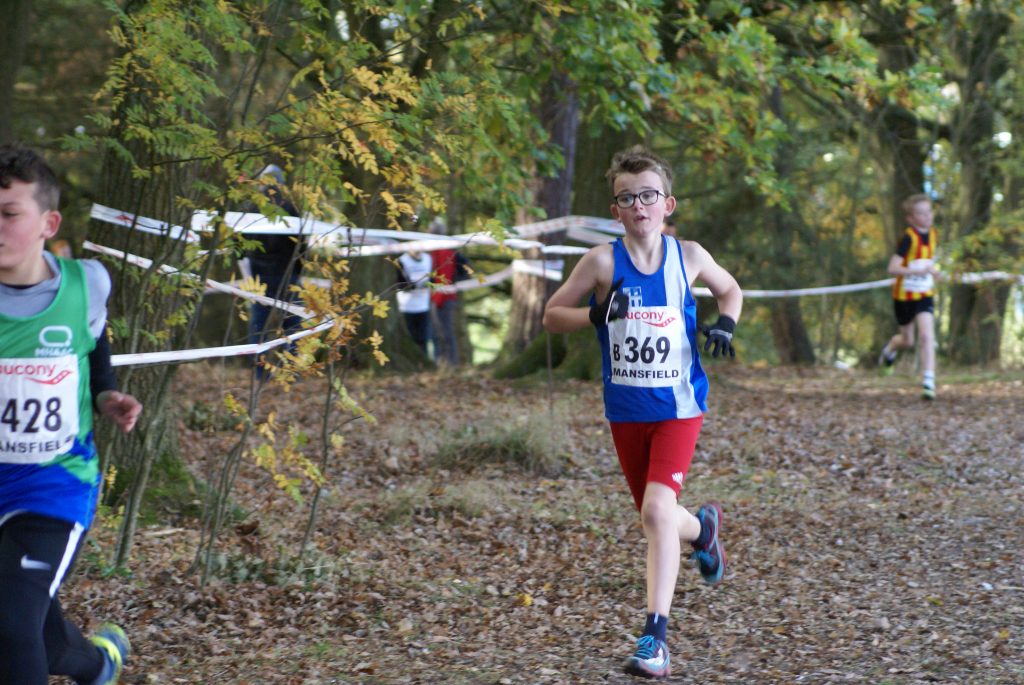 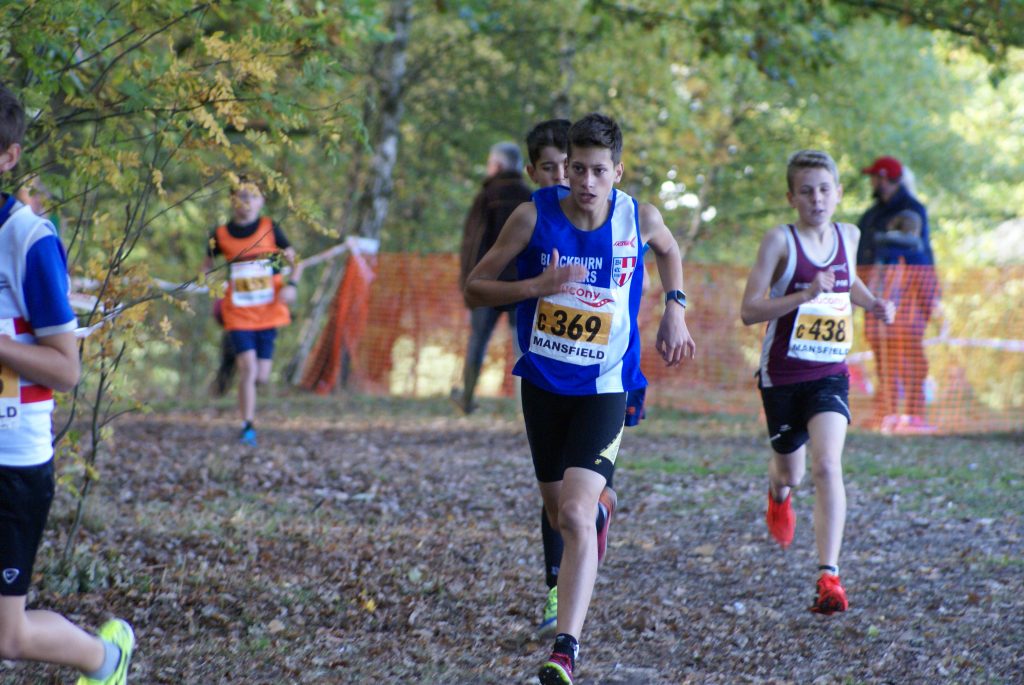 In the Senior Women’s Race the Harriers had one full team and a part team featuring Katie Buckingham, Ellen Sagar-Hesketh, Jess Judd and Lindsay Davies. Katie led off on the first Leg – the ‘Race’ – clocking a solid time of 11.18 to come home in 55th place. Ellen then took on Leg (2) pulling back eight places as she ran a time of 11.57 to hand over to Jess on Leg (3) in 47th position. Jess absolutely ‘flew’ on the final Leg as she ran the second fastest Leg of the day in 9.23 and picked off another twenty two places to bring the team home in 22nd position overall out of a field of one hundred and sixteen full teams. Lindsay ran the first Leg for the ‘B’  incomplete Team and had a good run to finish three minutes faster than she clocked for the same race last year (13.21). 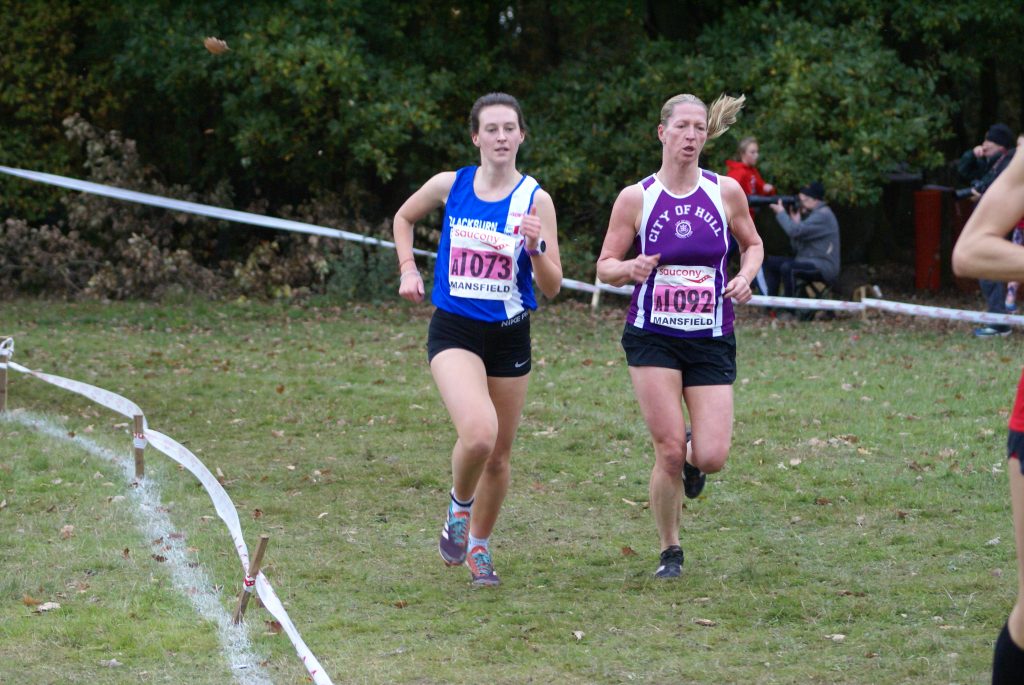 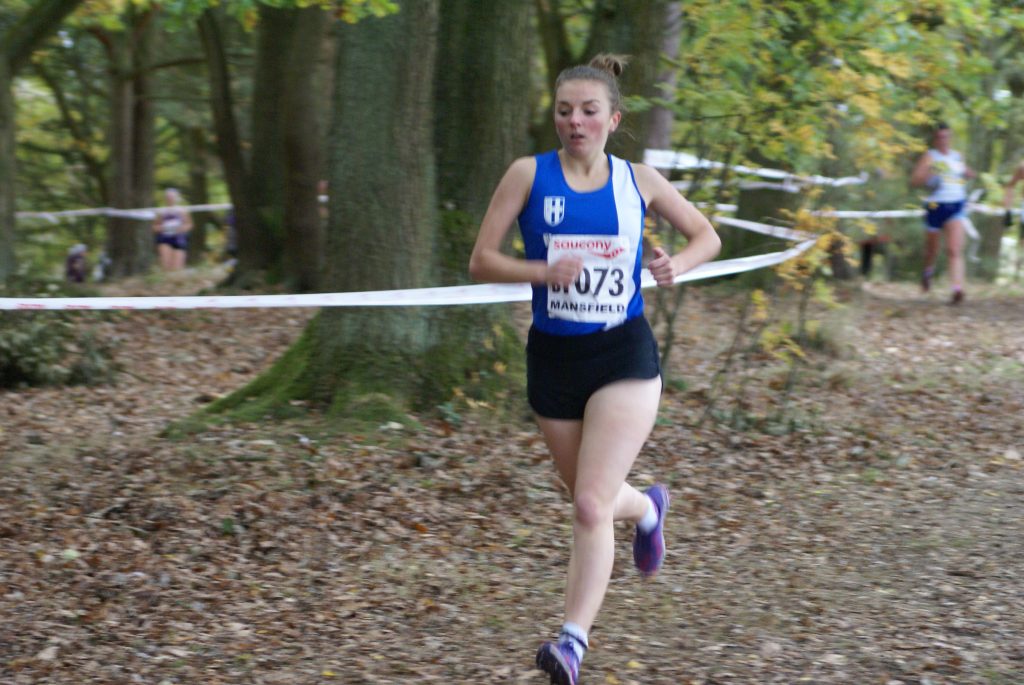 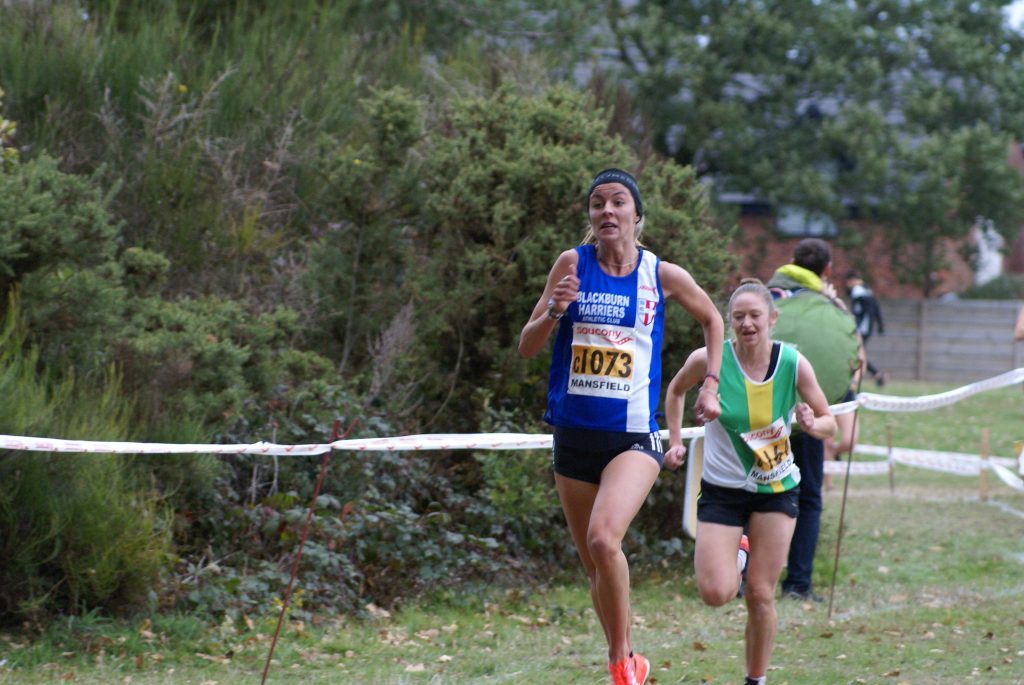 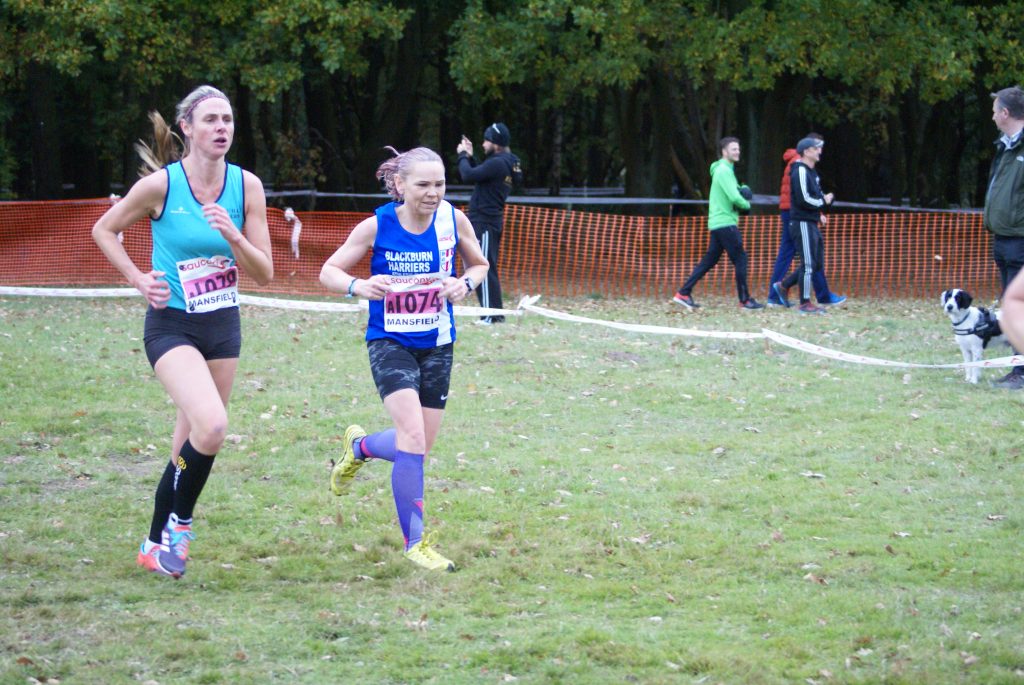 In the Men’s Senior Race – featuring one hundred and fifty three complete teams – the Harriers were one short of completing two teams. The ‘A’ Team consisted of Tim Raynes, Jack Hindle, Chris Davies and Ben Fish whilst the ‘B’ had Dominic Walton, John Chaplin and Paul Guinan. 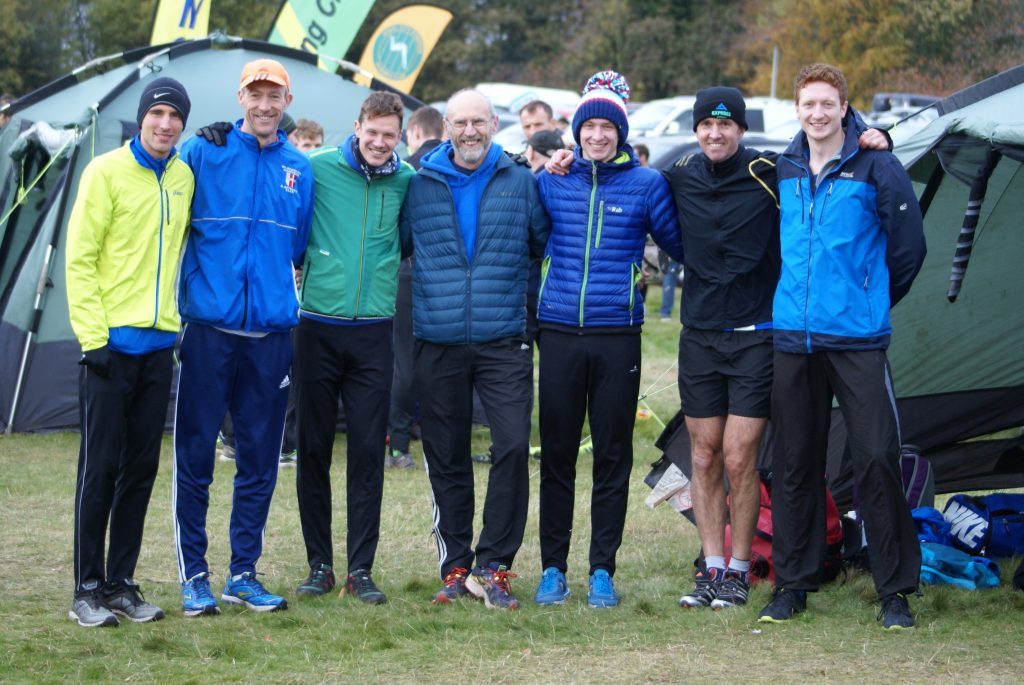 Tim led off for the ‘A’ Team clocking a very good time of 16.08 on the first Leg to come in home in 42nd place. Jack was on Leg (2) and held that place as he ran a time of 16.52 handing over to Chris on Leg (3). Chris ran a time of 17.25 to come home in 43rd spot as he in turn, handed over to Ben on the final Leg. Ben ran the fastest time of the team (16.04) to win back ten places and in the process ensuring that the Harriers were the first Lancashire Team on the day. 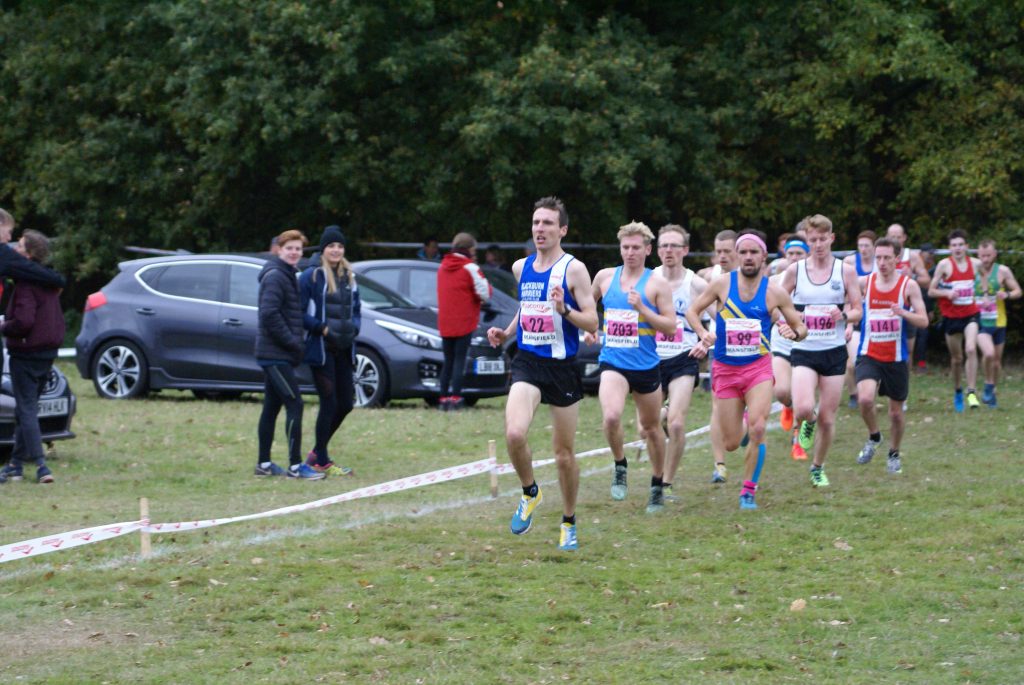 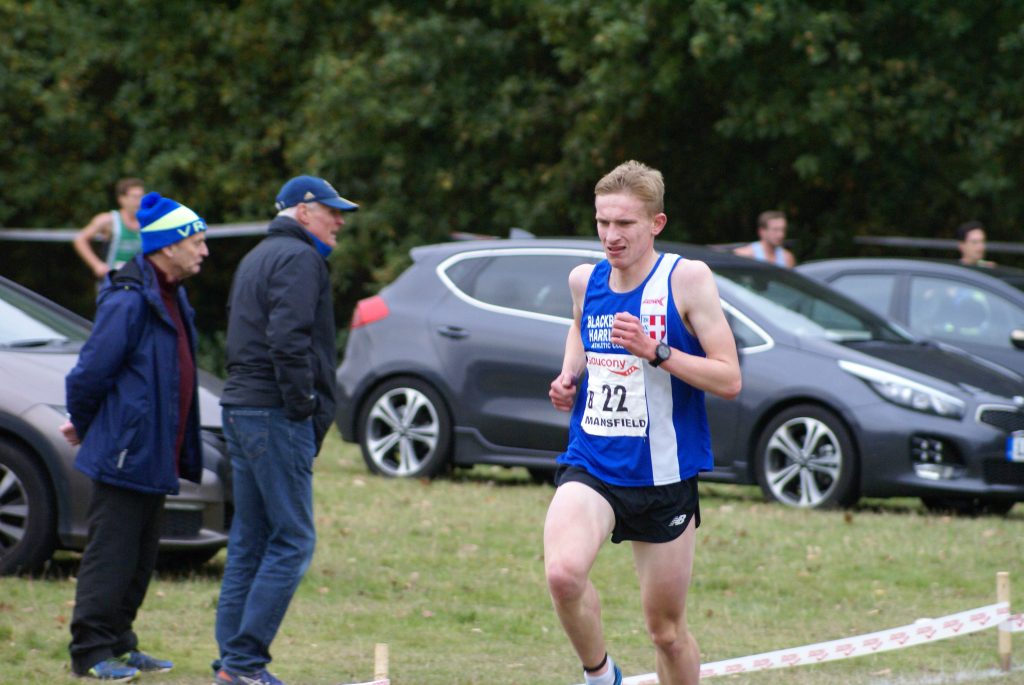 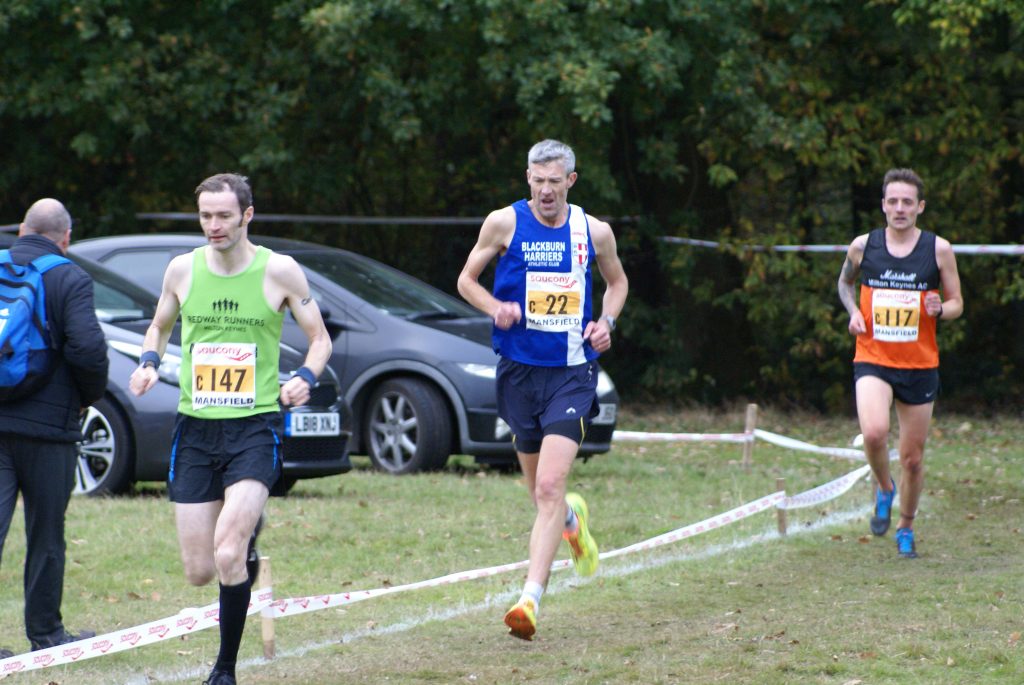 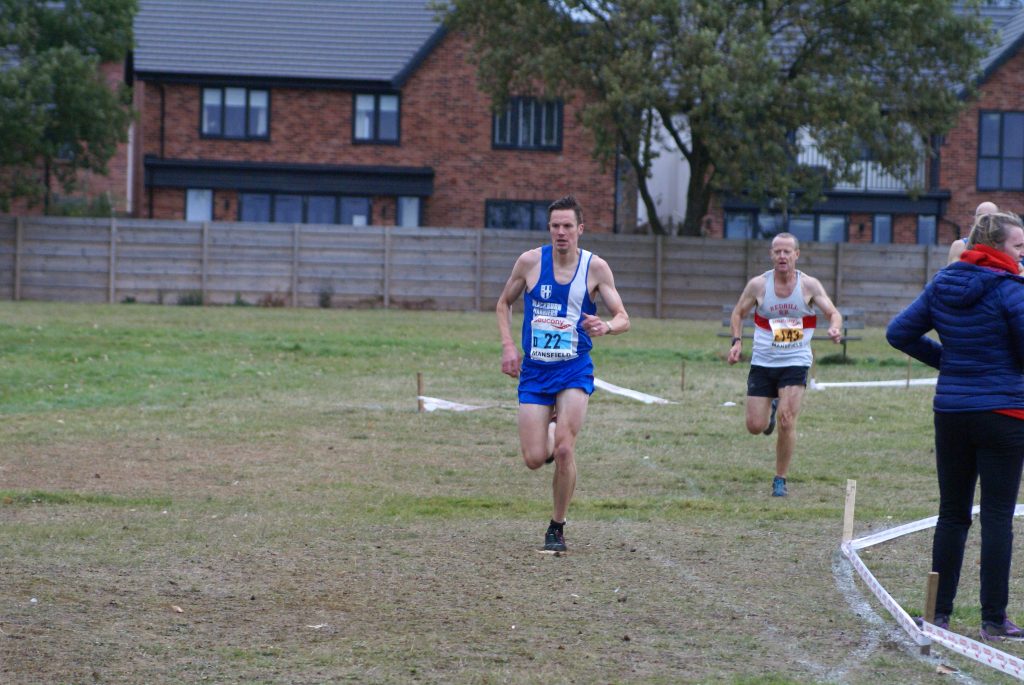 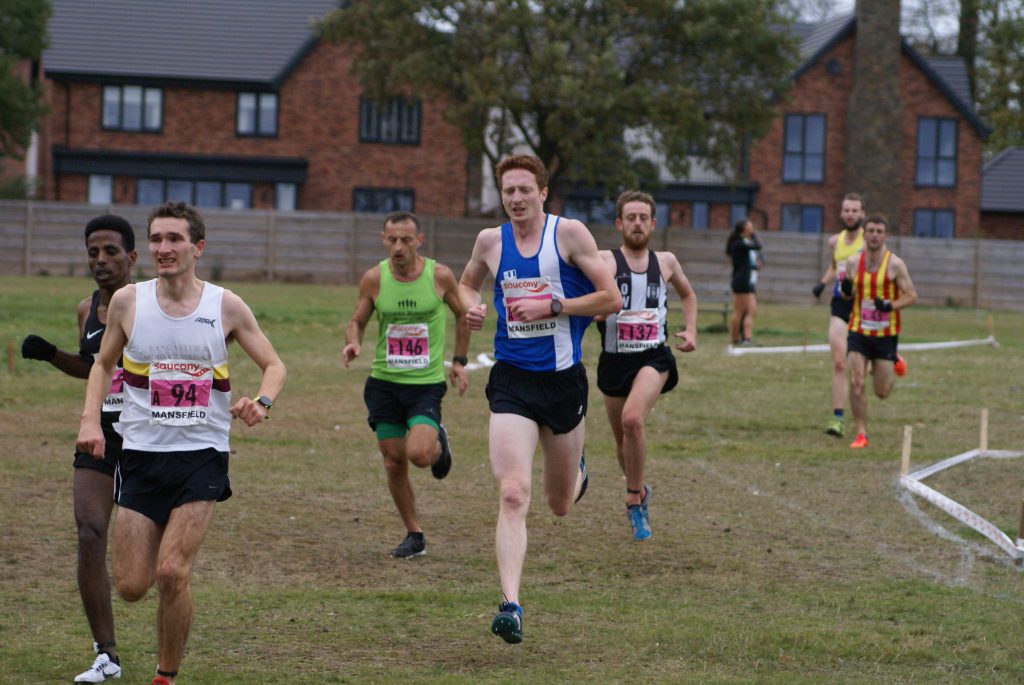 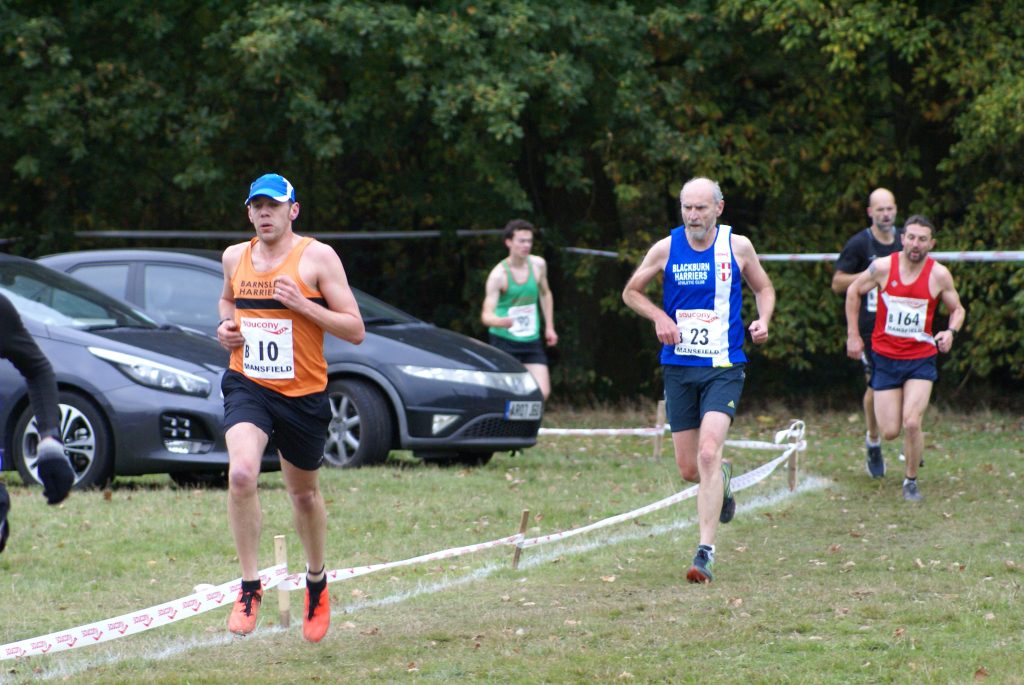 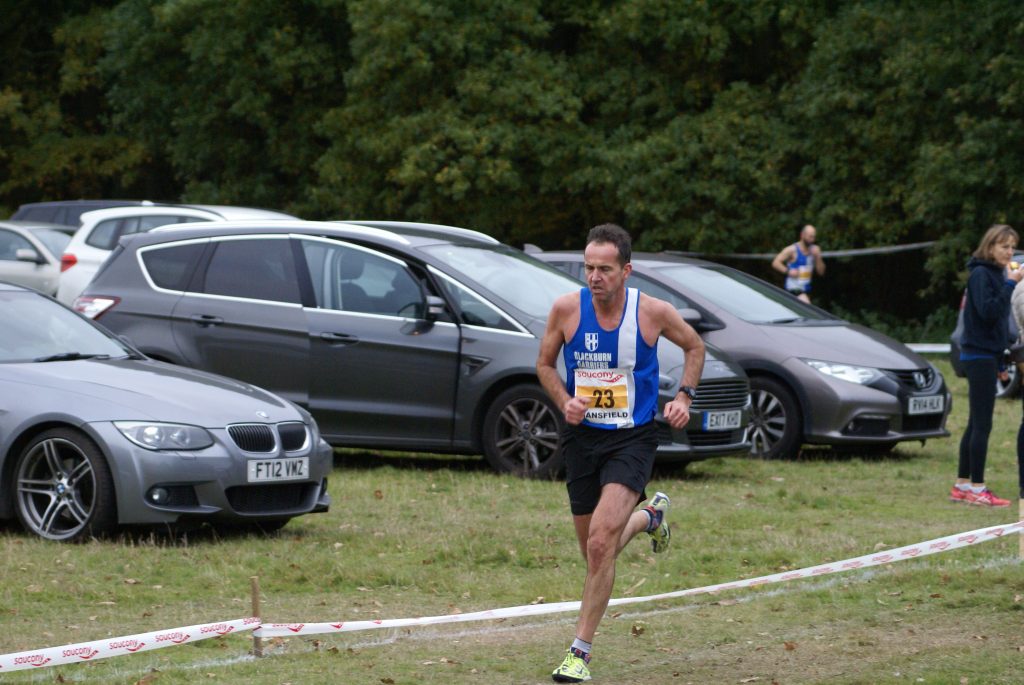 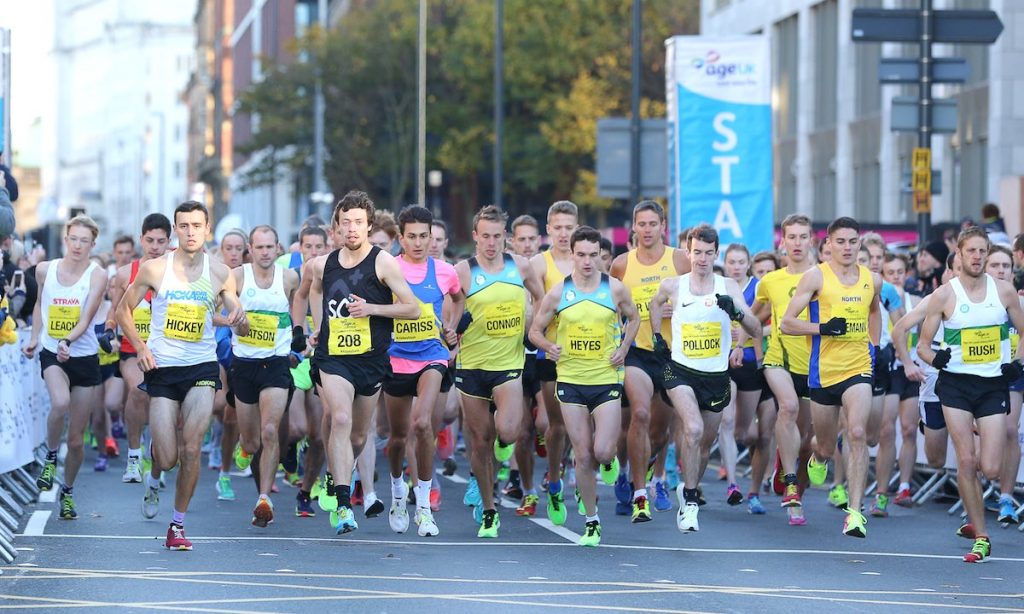 Three Blackburn Harriers entered this race with a view to breaking their previous best times over 10k – and they all did just that.

What a great day for Ben Costello at the Abbey Dash which saw him smash his 10k personal best by over three quarters of a minute which is a massive improvement. Understandably elated with his performance, Ben spoke to the Harriers after the Race telling us that he was “Absolutely over the moon with a PB today…7 weeks ago coming back from injury i didnt think i would get close to one.the last few weeks of training given me belief and i was hitting times in training ive never hit before.the conditions for the race was as good as they could be really.the target time was 32.50 i set off at that pace but i felt i could push in the middle of the race and i did.i went through 5 mile in under 26 mins so i knew i was on for a PB.The target at start of year was to break 33 min and i managed it in my last 10k of the year.would like to say massive thanks to all the coaches down at blackburn and everyone of the athletes that have been clipping away at my heels over the past few weeks that have pushed me to my limits and beyond”.

Next up for a new PB by six seconds came Jacob Watson who told us that it “feels good to be running back at my best”. Having run times of of 33.37 at Wigan and 33.59 at the Burnley Fire 10k in September, it was clear that Jacob was ready to revise his personal best and he did just that in the Abbery Dash to clock 33.08 and a whisker away from breaking into the 32 minute mark.

A happy Calum James ran a nine second new PB as he clocked 35.10 in the Race and told the Harriers afterwards that “Fair happy to beat my 10k pb by 9 seconds at Leeds Abbey Dash with a time of 35.10, dissapointed not to get a better time as a clocked in a 16.40 5k!! But struggling massively in the last 4k think I’ve learned a lesson not to travel all the way to London and back in the same day the day before a race, but in all fairness really happy to get a Personal Best for 10K, I’ll also like to congratulate my friends Mark,Ryan,Ben,Jacob, Matt and Jon for their outstanding efforts today and also achieving their pbs too. I think everyone I’m currently working with my coach Phil and most importantly the group at Blackburn Harriers are bringing me on massively, Ive only been running since June 2017 and to go from 39 minute 10ks to 34/35s is a massive achievement in a short space of time, I’m very glad and greatful to be running with Blackburn and my next focus is cross country which is every week from now till mid December starting at Bolton this Saturday and also aiming for a pb at Ribble Valley 10k”. 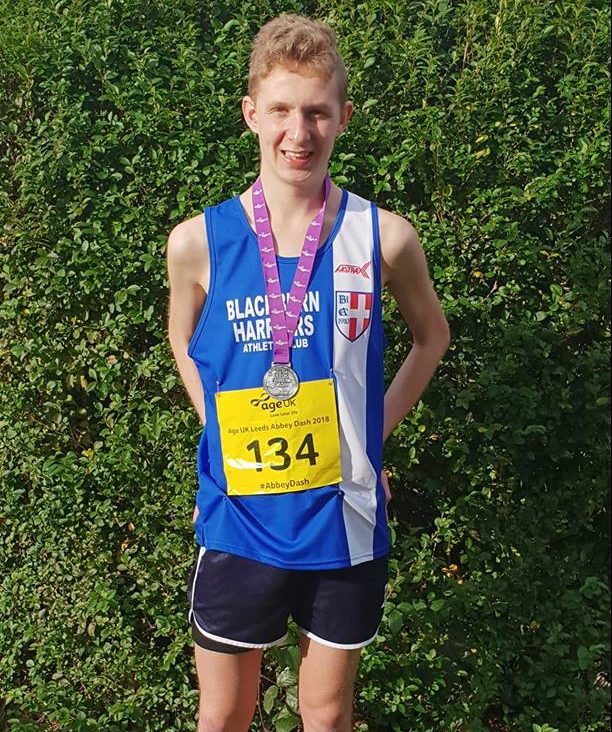 Paul Bradshaw was one of seven hundred and twenty eight runners who completed this Race organised by Run Through. Nick Samuels ran out as the winner in a time of 32.34. Paul bagged a top ten place for himself (10th) clocking 36.22. 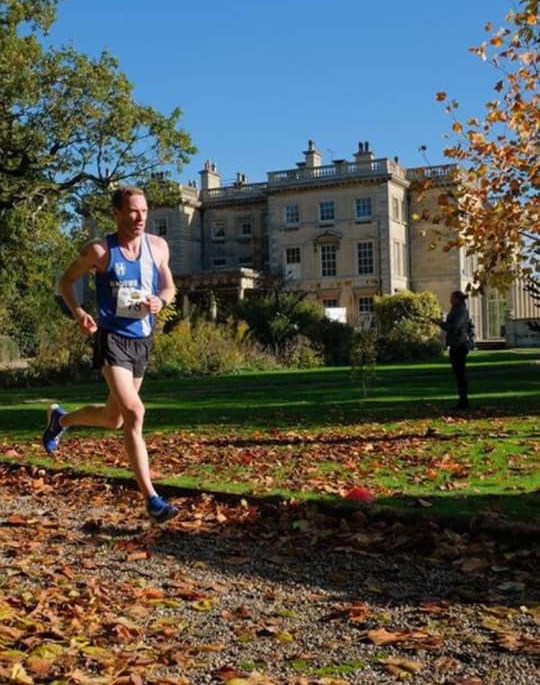 Can you sponsor Ryan

Blackburn Harrier – Ryan Walmsley – has undertaken a massive feat of committment and endurance as he embarked on a year long campaign – starting on January 1st 2018 – to raise money for Derian House. His quest to raise the maximum amount of money was to run every single day of the year!!!

Hear we are in November and he has completed every day up until now and is determined to carry on and complete it. Eleven months into his challenge and Ryan has smashed his target, raising £1,346 so far, and even throwing in the odd competitive race for 💚Team Derian.

Ryan said: “There is something about Derian that brings out a determination and commitment that I struggle to find myself. Please donate generously, I promise you every donation goes a long way.”

If you would like to support Ryan you can do so by donating via this Link: 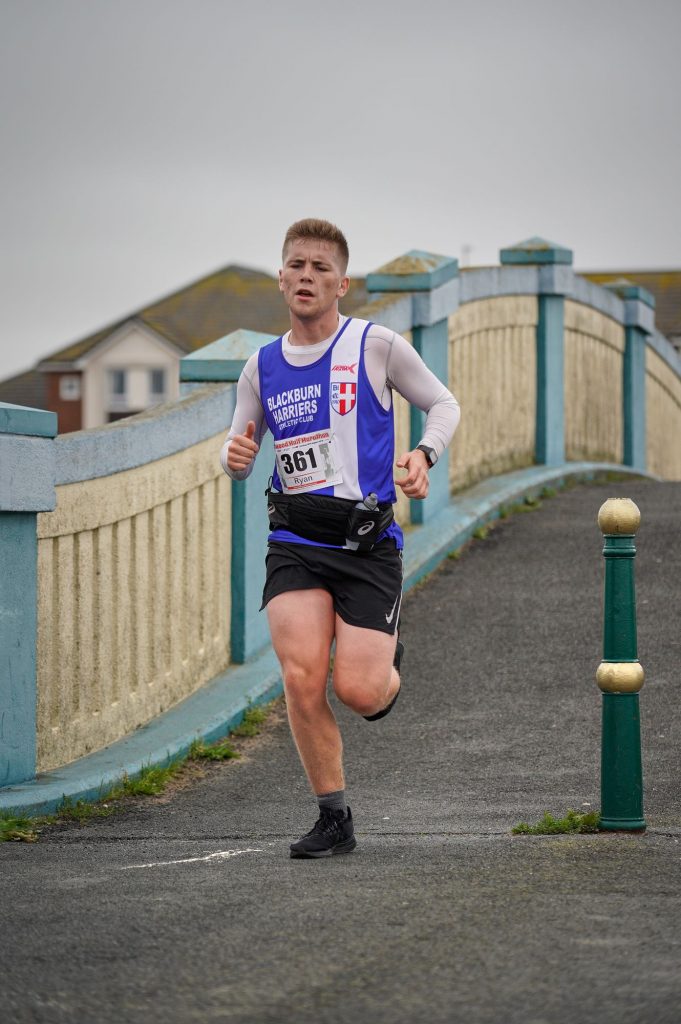