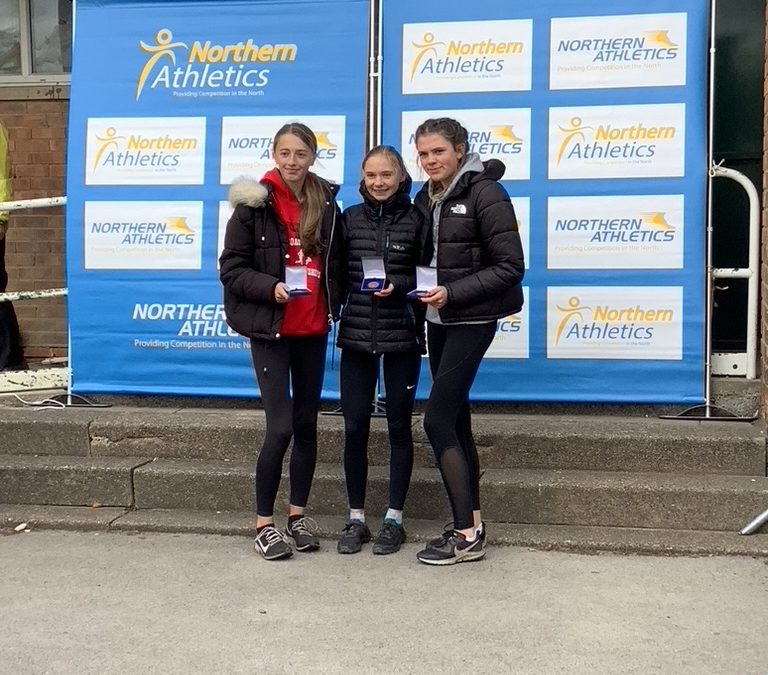 Two thousand seven hundred finishers in this years Abbey Dash 10k – Sunday October 24th – one of the fastest races in the country and producer of some great times and this year didn’t disappoint as Birchfield’s Kadar Omar won the race by just two seconds (28.46) from fellow Birchfield Harriers – Omar Ahmen in 2nd (28.50) and David Mullarkey in 3rd spot (29.13).

Seven Blackburn Harriers made the trip over for the race which saw Rob Warner as the highest placed overall in 32nd position clocking 30.13 and after months of dealing with an injury, this latest race shows Rob well on the way to getting back to his best. Jess Judd had a cracker of a race chopping a huge 38 seconds off her previous best as she ran a new PB time of 31.38 in 63rd place overall and 3rd woman on the day behind Jess Piasecki (31.19) and Charlotte Arter (31.30). Rob and Jess were selected to run for the North resulting in a win for the Women’s Northern Team. 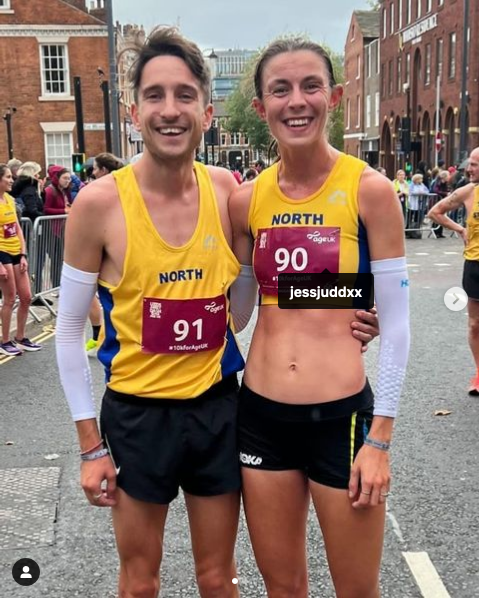 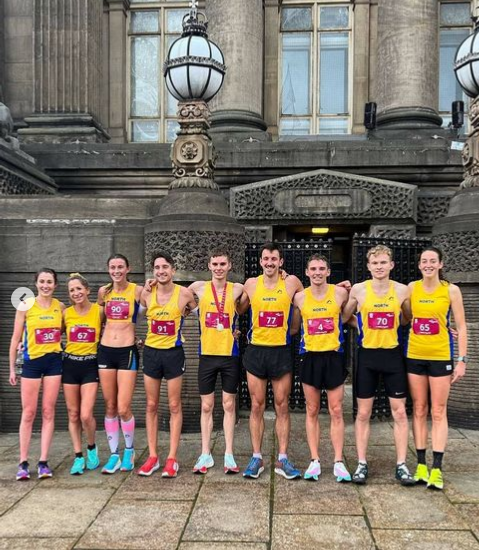 Mark Magee crossed the finishing line in 72nd spot clocking 31.56 which was just two seconds outside his best time on the road. Next home was Joe Bridge who had a stormer – going into the race with a best of 38.31, the last time he ran the distance (2019), he has clearly benefited from consistent training as he smashed that personal best time to pieces, taking nearly five minutes off and setting a new PB of 33.48 in 127th position. Joe was followed in by Ryan Bradshaw running a time of 35.40 in 192nd place followed by a very good run from V55 David Almond who placed 228th overall in a time of 36.40 which gave him 3rd place in the age category and V50 Jonathan Bridge ran 40.39 (414th). 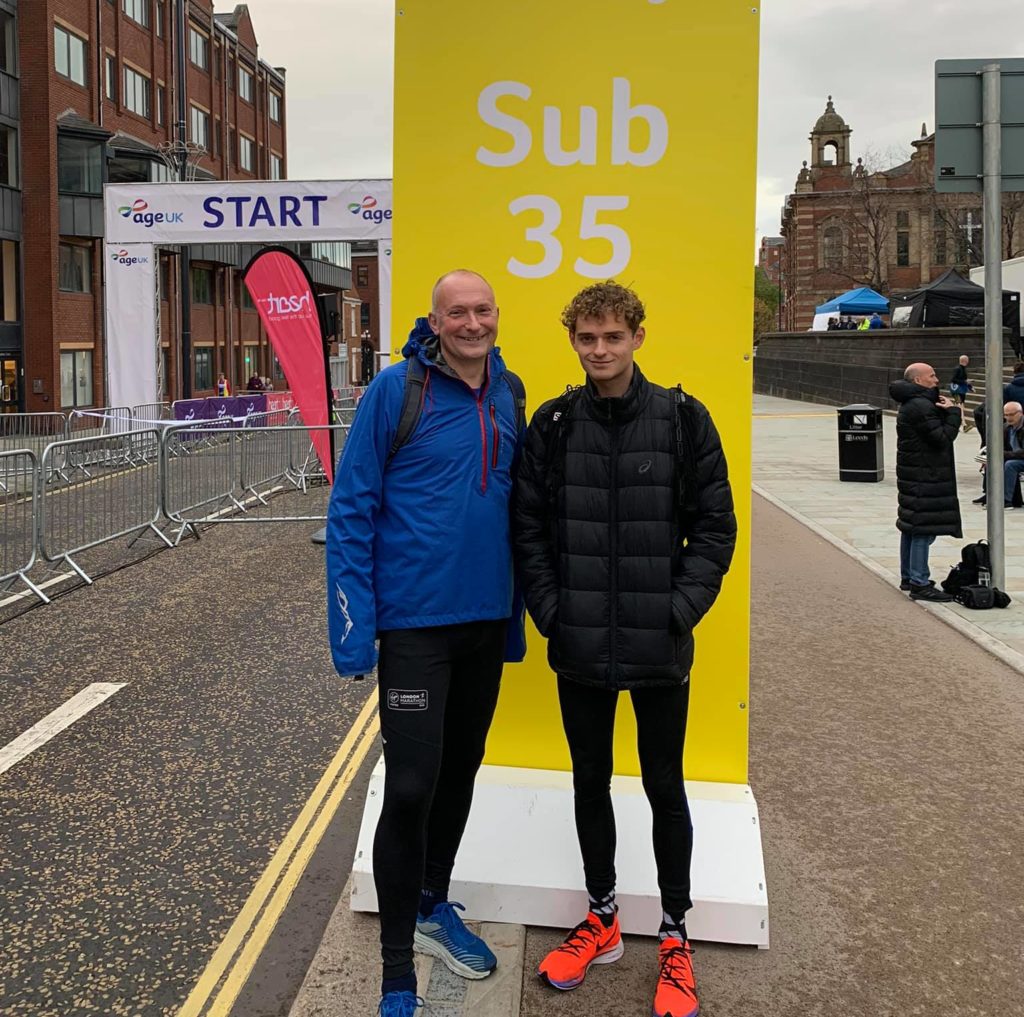 Blackburn Harriers had five teams out at the Northern Cross Country Relay Championships held in Graves Park Sheffield – represented by U13 Girls, U15 Boys, U15 Girls, U17 Women and Senior Women.

Twenty one teams competed in the U13 Girls Relays resulting in a win for Liverpool Harriers and a 11th place finish for Blackburn Harriers with a combined time of 19.38 – seven seconds behind 10th place (Salford) and just two seconds in front of 12th spot (Hallamshire). Agatha Taylor took Leg 1 in 6.07 (8th) – just four seconds separating 5th to 10th places. Hannah Davies took over on Leg 2 running 6.37 who handed over to Emma Robertshaw on the final Leg who brought the team home in 11th place with a time of 6.54. 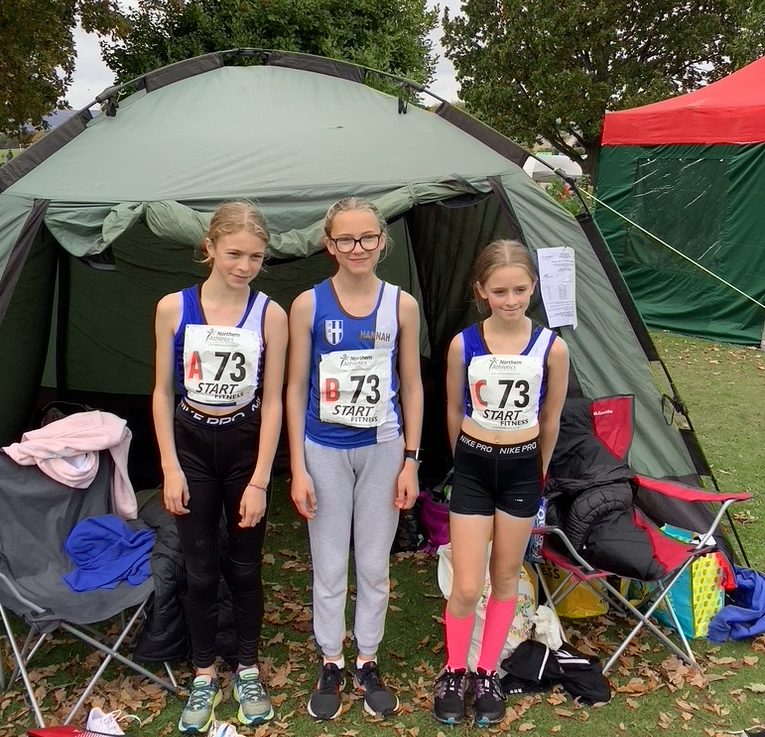 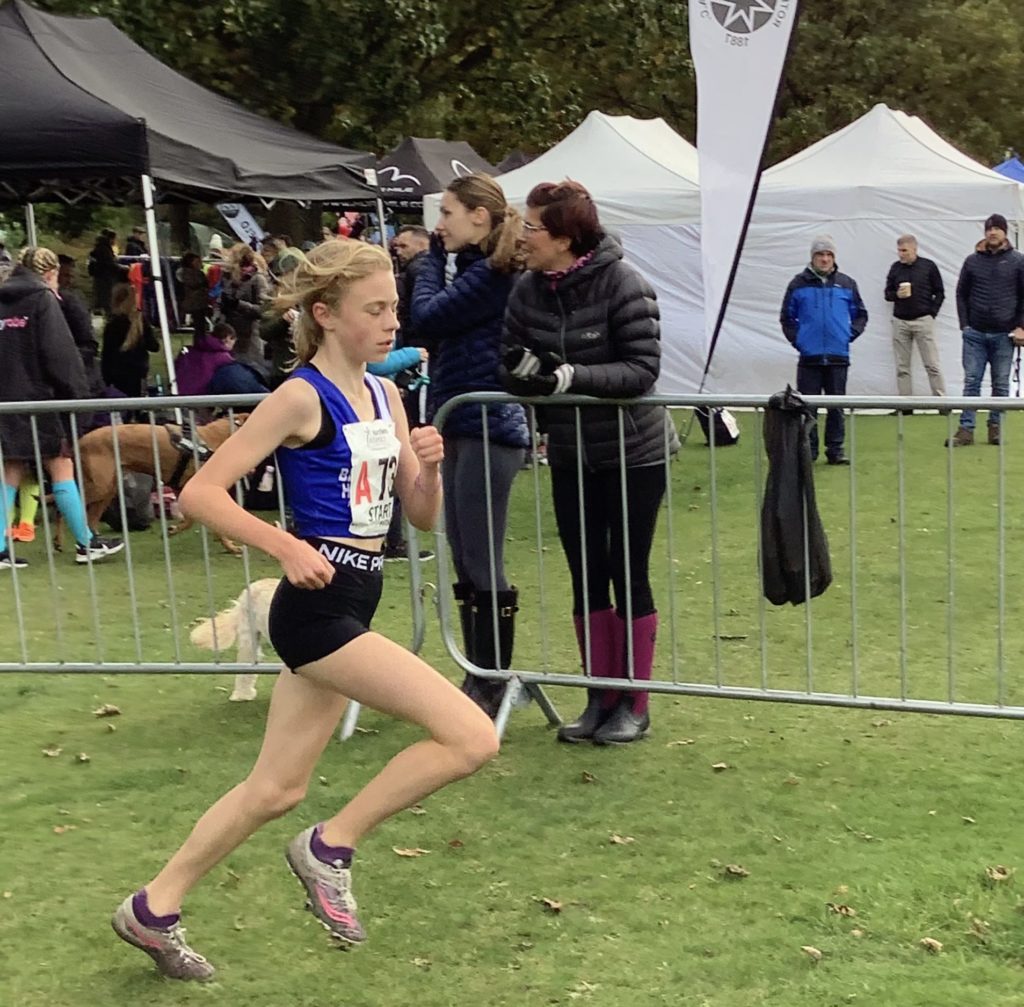 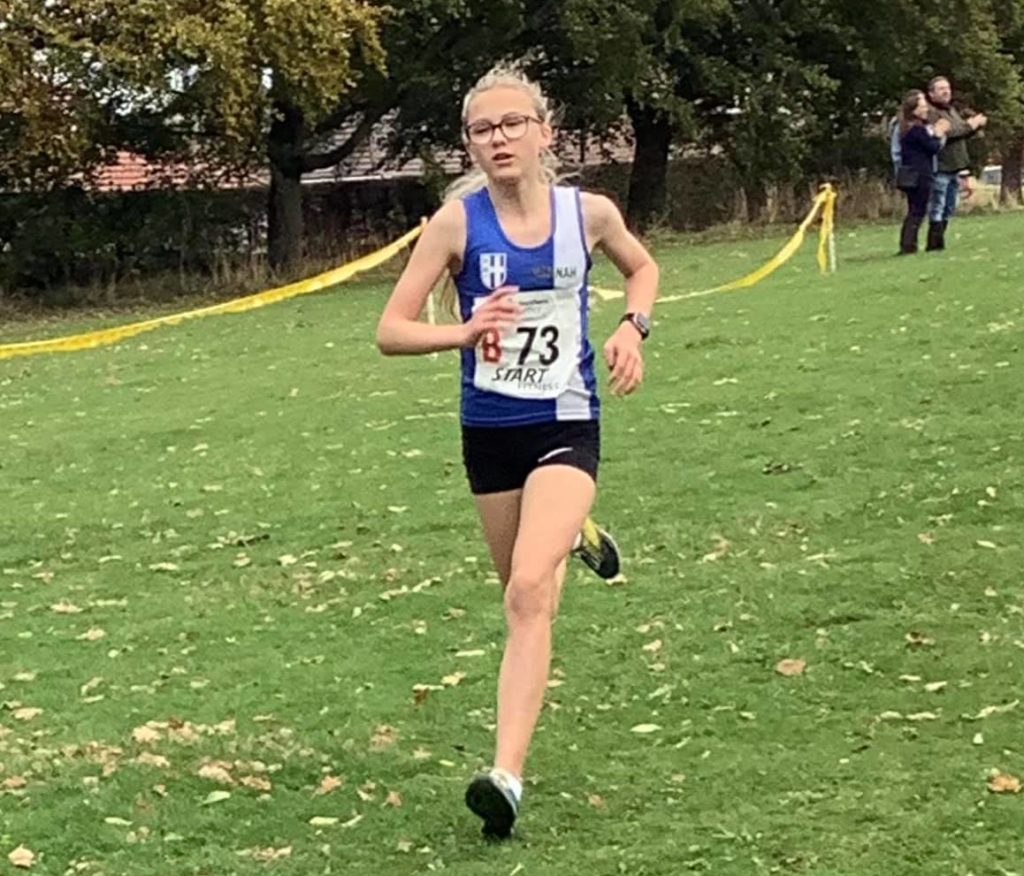 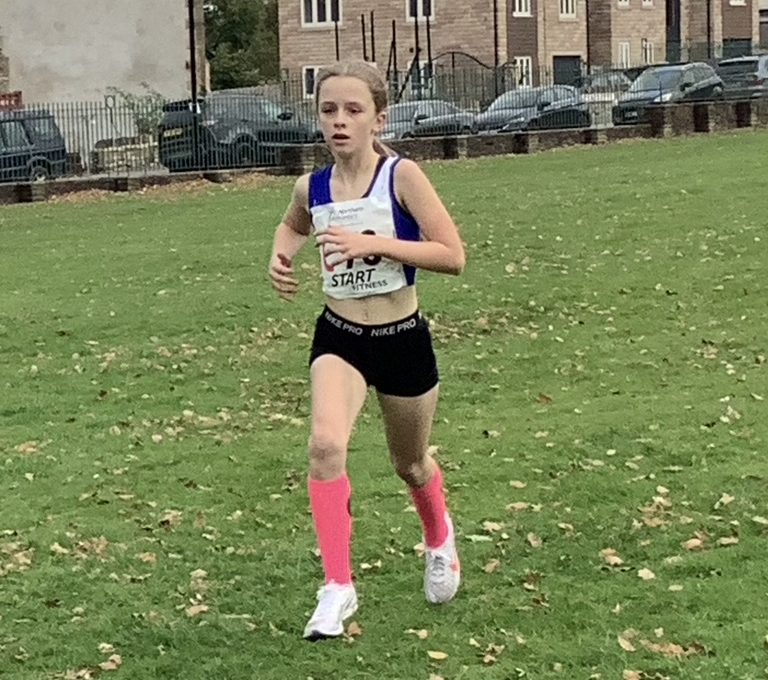 Rotherham took the honours in the U15 Girls featuring twenty four teams as Blackburn Harriers finished in 16th position with a combined time of 28.04. Charlotte Robertshaw clocked 8.54 on Leg 1 finishing in 17th place, handing over to Imogen Robinson on Leg 2 who ran 9.41. Faith Gillibrand picked up two places on the final Leg to improve the teams position to 16th. 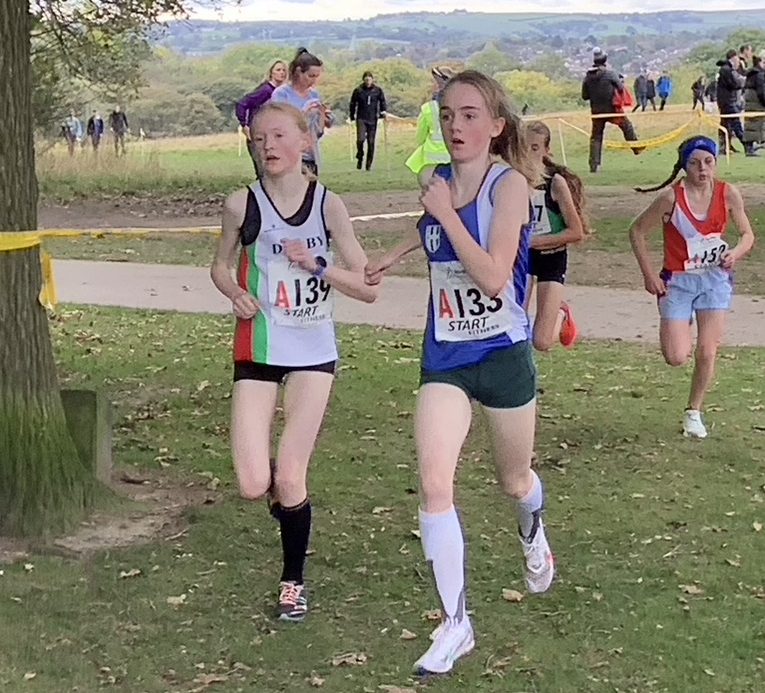 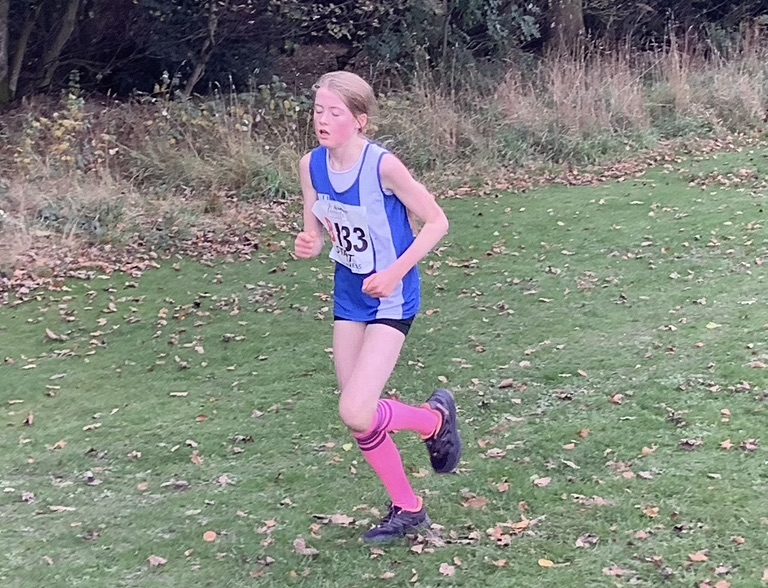 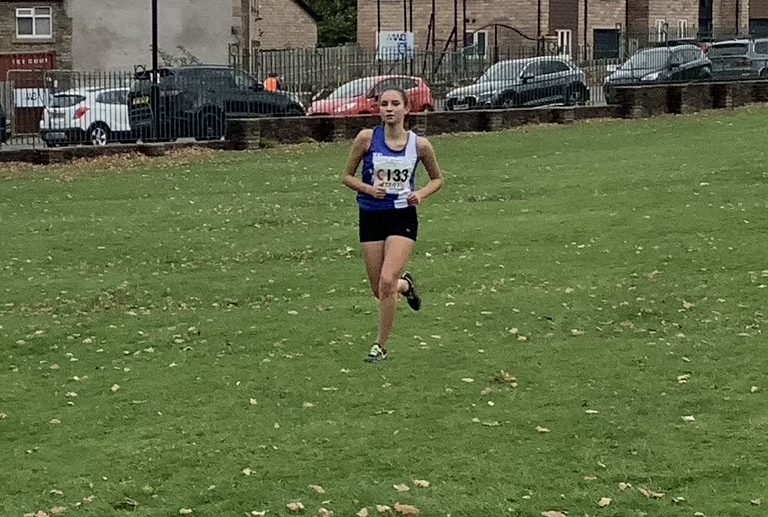 Our U15 Boys teams consisting of Daniel Smith, Oliver Gill and Ben Stratton posted the highest placed finish of the day at that point, taking 7th place out of the eighteen teams racing. Daniel ran 7.17 on Leg 1 placing 7th, a time which earned him the ninth fastest time of the day, as he handed over to Oliver on Leg 2 (7.44) maintaining 7th place before Ben held that position on the final Leg with his time of 7.42. 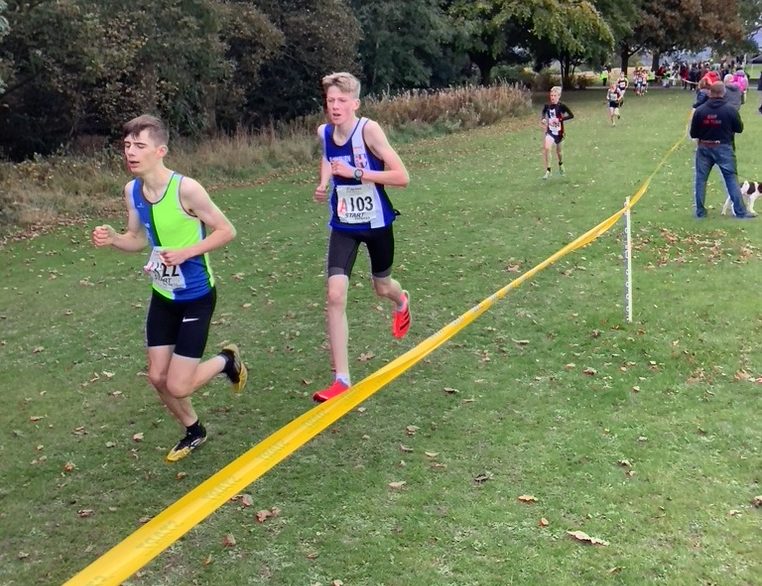 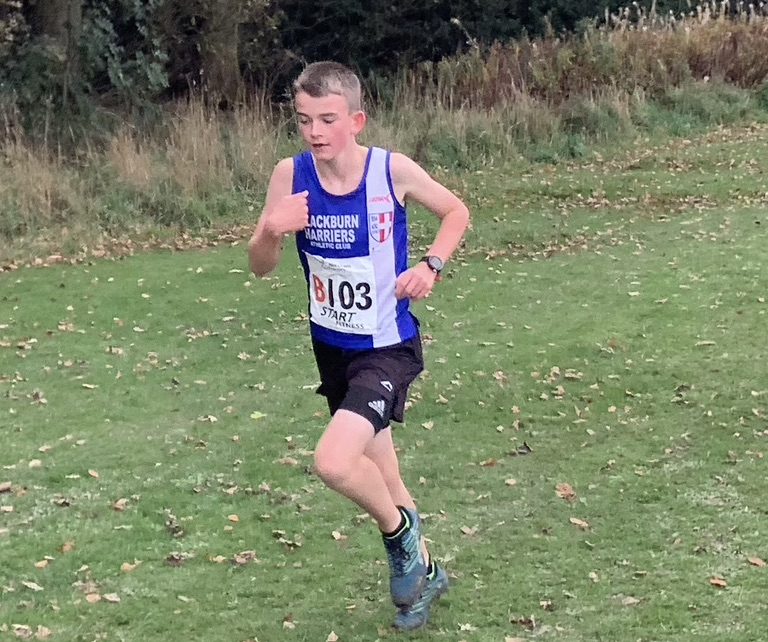 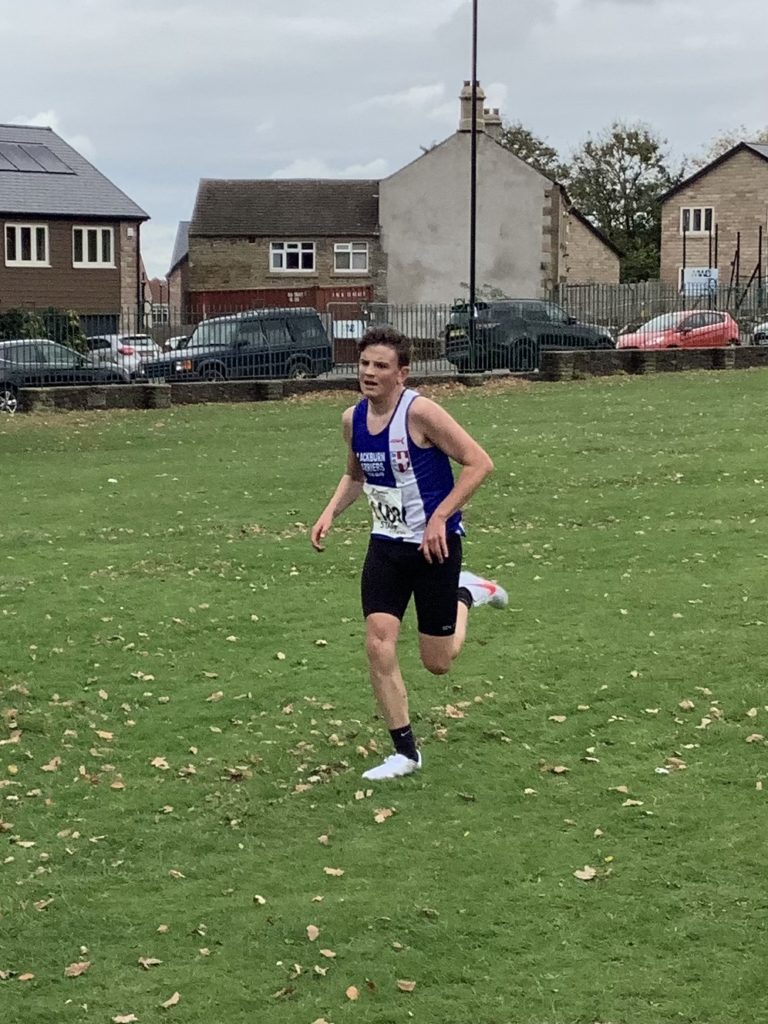 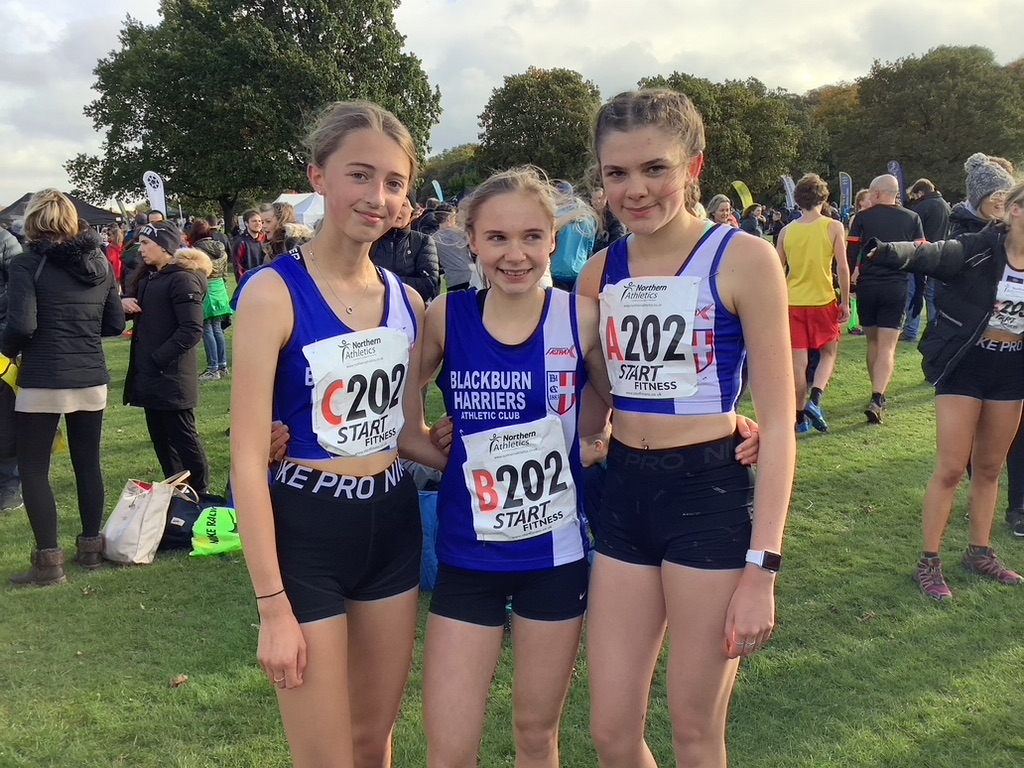 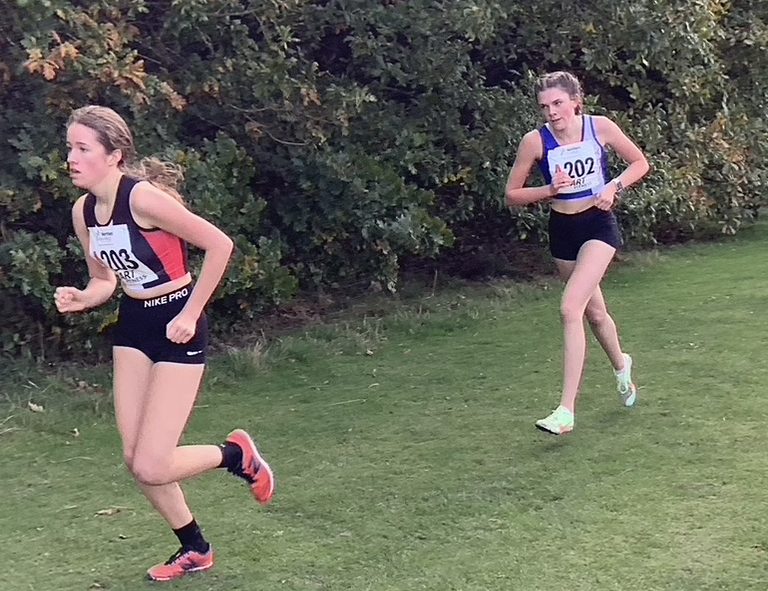 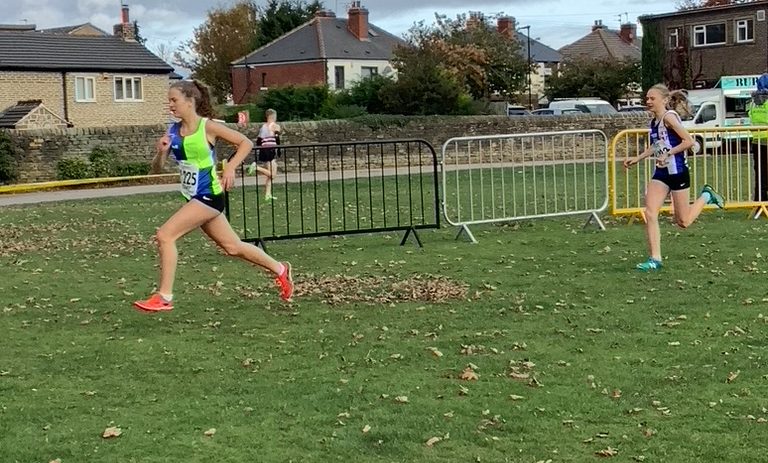 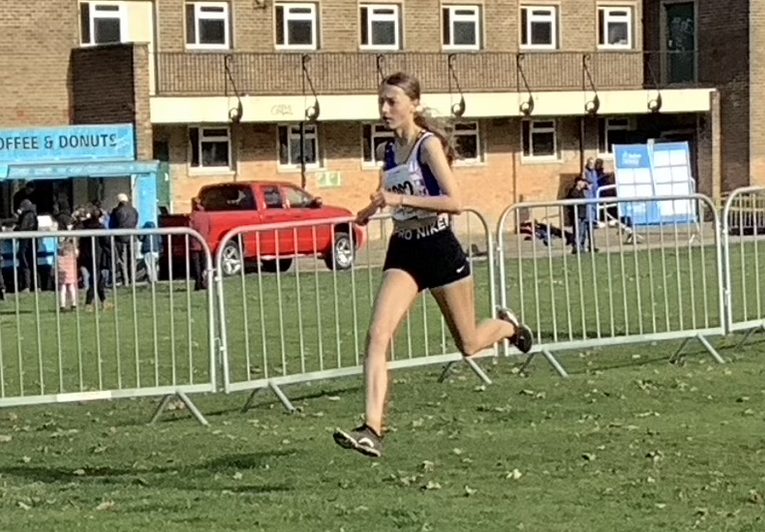 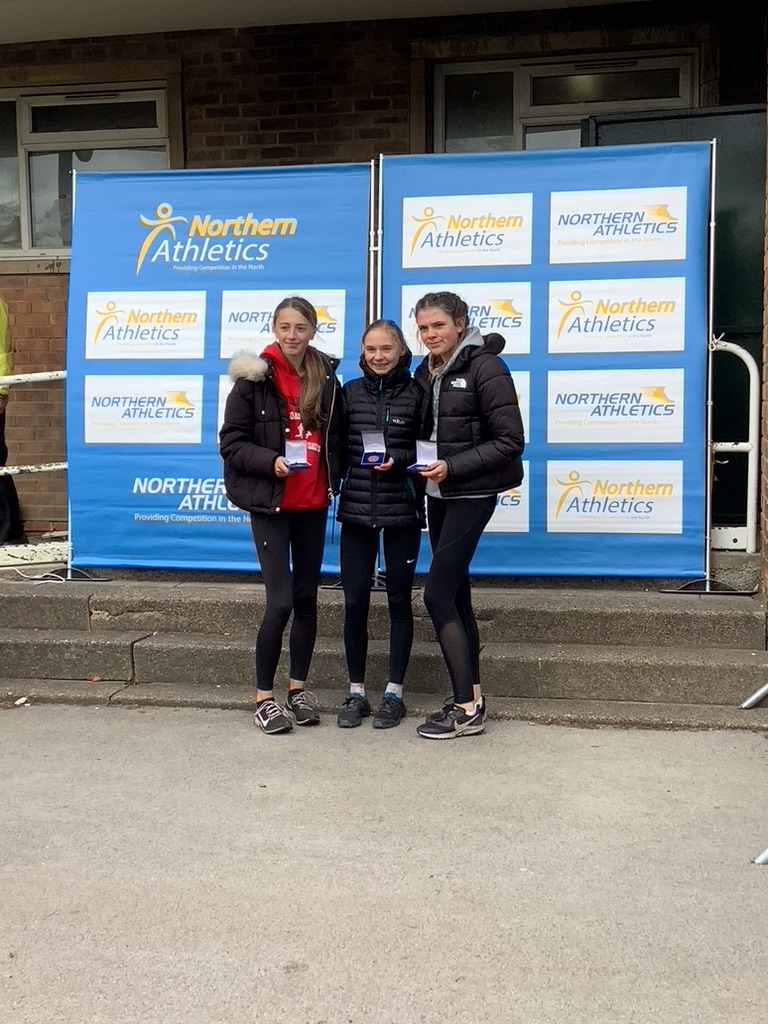 The Harriers Senior Women’s team came home in 29th place out of a field of 43 teams which was headed by Sale Harriers who took the honours from Rotherham by nearly a minute and a half with a winning combined time of 35.20. Amy Davies ran the fastest time for the team on Leg 1 (14.11) followed by Lindsay Davies on Leg 2 with a time of 17.02 and Hannah Cookson on the final Leg running 15.33, picking up five places. 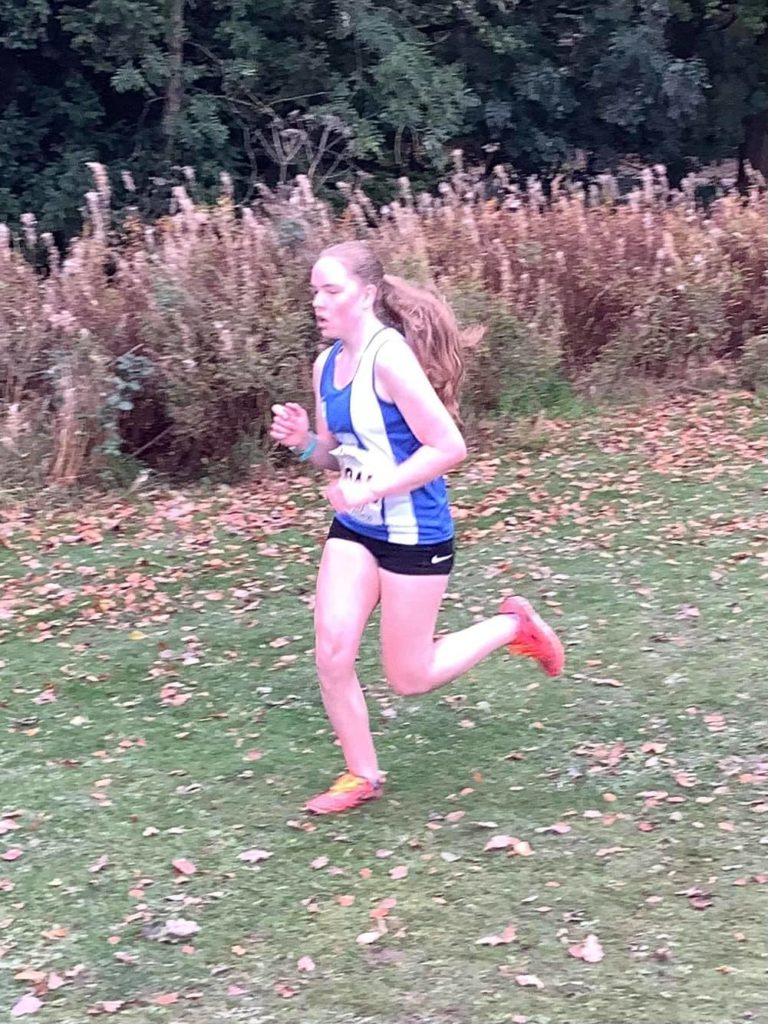 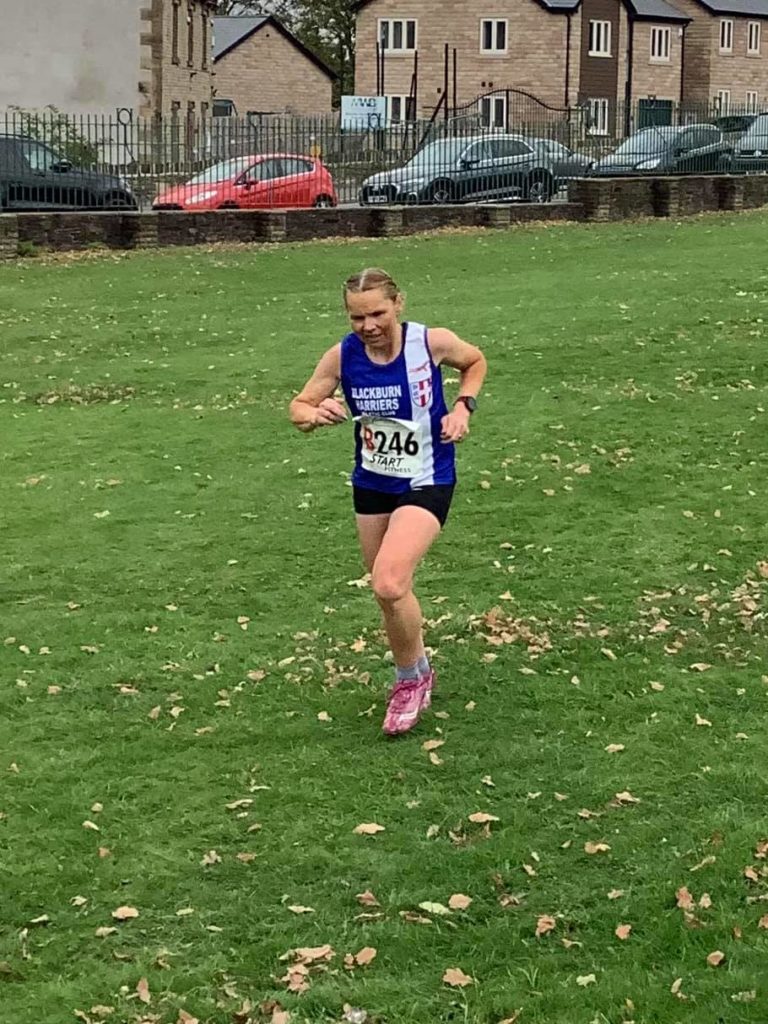 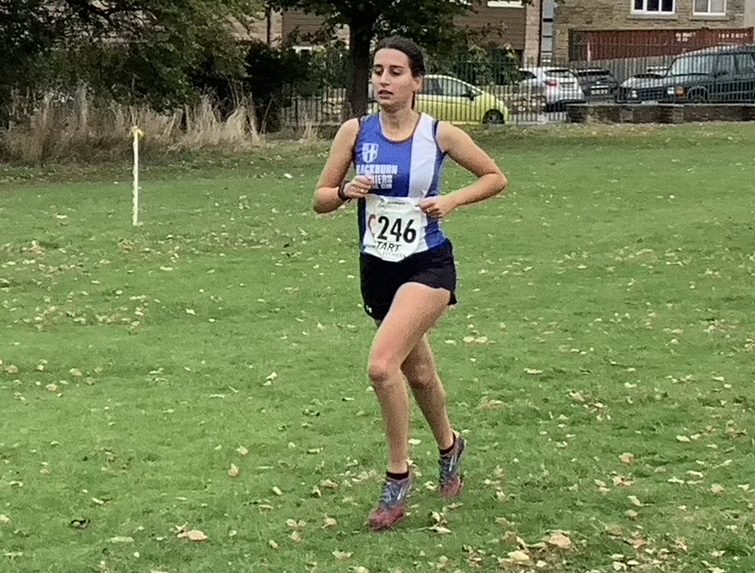 Helen Leigh was out again on the Fells after her race at the Three Peaks recently, this time at the Hutton Roof Race over a distance in excess of 7 miles held on Saturday October 23rd along with some 200 runners finishing the race. It turned out be a pretty good day for Helen as she placed 33rd overall in 62.42 which resulted in her taking 2nd spot in the Women’s Race. Speaking to the Club after the race had finished she told us she was “Really pleased with 2nd at Hutton Roof today, with Sarah McCormack absolutely smashing it and 4th overall. Legend. I’ve been shattered following a fluey virus and the 3 peaks so was pleasantly surprised to feel strong today and found another gear in the last 2 miles to finish strongly”. 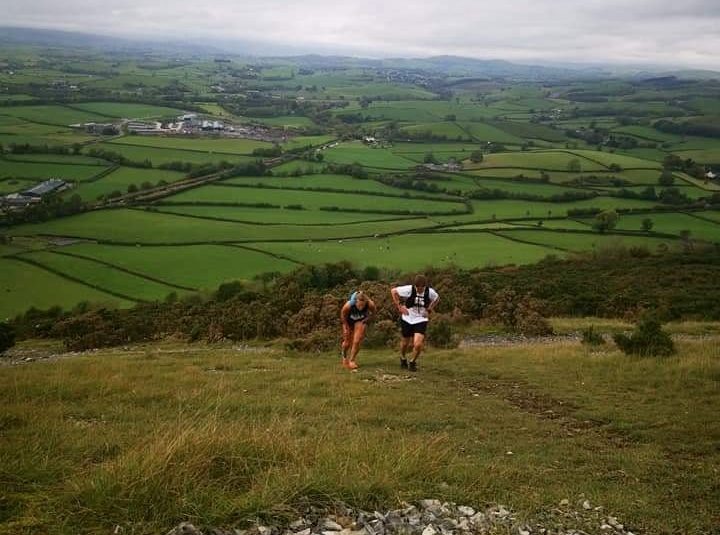 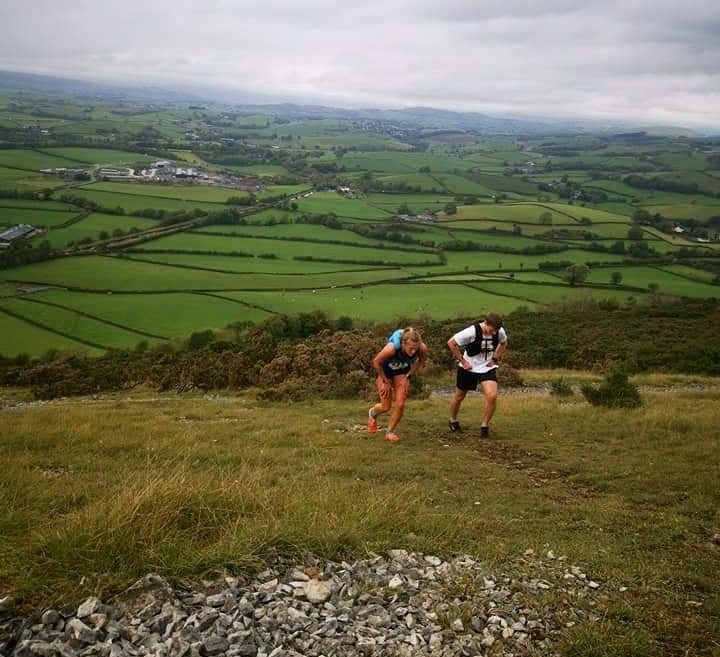 Still on the Fells and this time with John Orrell at the Great Whernside – Here We Go Again Fell Race – run on Sunday October 24th. Dark Peak’s Nathan Lawson won the race in 32.08 with John coming home 41st place (50.06).

Speaking to the Harriers later John told us that this was a new PB saying he knocked “1.12 off my previous time, and if I’d had my head in the game should have broke 50 mins. I’ve done 16 races since being let out of the open prison they called ‘lockdown’ and in the last three I somehow have managed to miss the finish funnel! This was a simple straight up and back down affair with the top half of rocky and boggy sections in the mist and fog. No cramp this time, so not as painful as Wasdale turned out to be.“

The during and after of Fell running