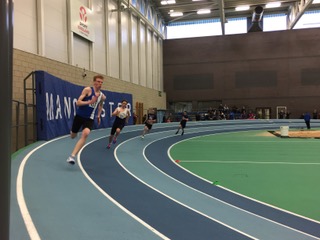 V70 Mike Hazlewood is still going strong and was recently competing over five Throwing events at the British Masters Championships. Mike spoke to the Club after the Championships telling us that his “Distances were well down on last year but considering I had to walk with a stick for most of Jan & missed 6 weeks training I was happy that hips & knees held out!!”

An amazing performance by Mike given his lead up to the Championships to win the Discus with a throw of 35.54m and then go on to win four Silver Medals in the Shot Putt with a distance of 10.88m, the Hammer with a throw of 35.79m; the Javelin (32.41m) and the Weight Throw achieving a distance of 13.79m. Possibility of seeing Mike at the World Masters Championships in New Zealand and we wish him well. 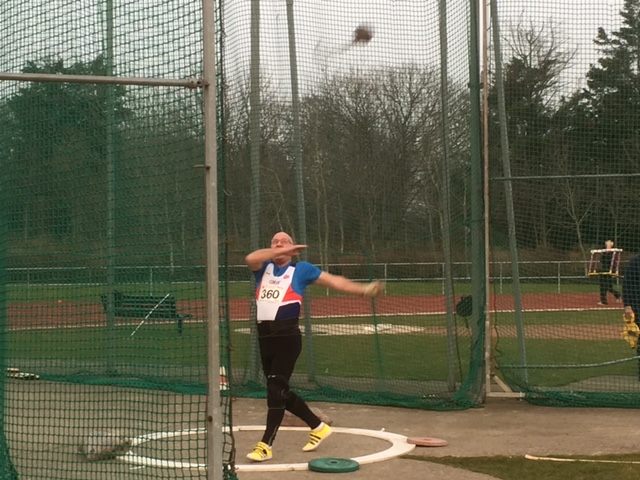 Benjamin and George Whittaker were both making their debut at U17 & U15 and had a very good day even though they were bottom of their age groups at the Indoor fixture at Sportscity setting some new PB’s. Benjamin started off in U17 – 60m – letting nerves get the better of him a bit, he still came 3rd in his heat posting a time of 8.03secs in his first ever attempt at the distance.

Benjamin ran a more confident 200m sprint, winning his heat with a time of 25.57 – a new PB which he was really pleased with after only joining the Harriers 12months ago. Benjamin said he “found running on the indoor track a little strange but was pleased overall with how his day had gone. He’s been training hard and says he’s ready for the start of the outdoor season next month”.

George enjoyed his debut in 200m sprint of the U15 race, finishing with a time of 29.12secs, followed by 600m race coming in at 1:52.07 – both of which were new PB’s. George said he enjoyed the races but felt the competition, now he’s at the bottom of his age group with some “very muscular u15s competing against him!” 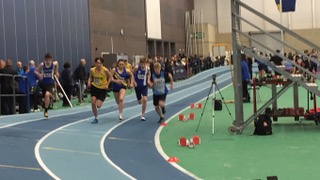 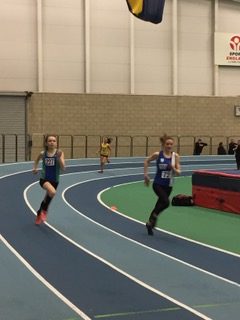 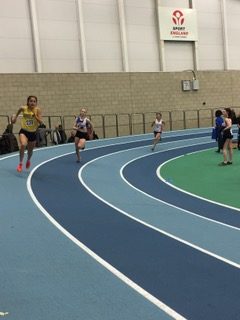