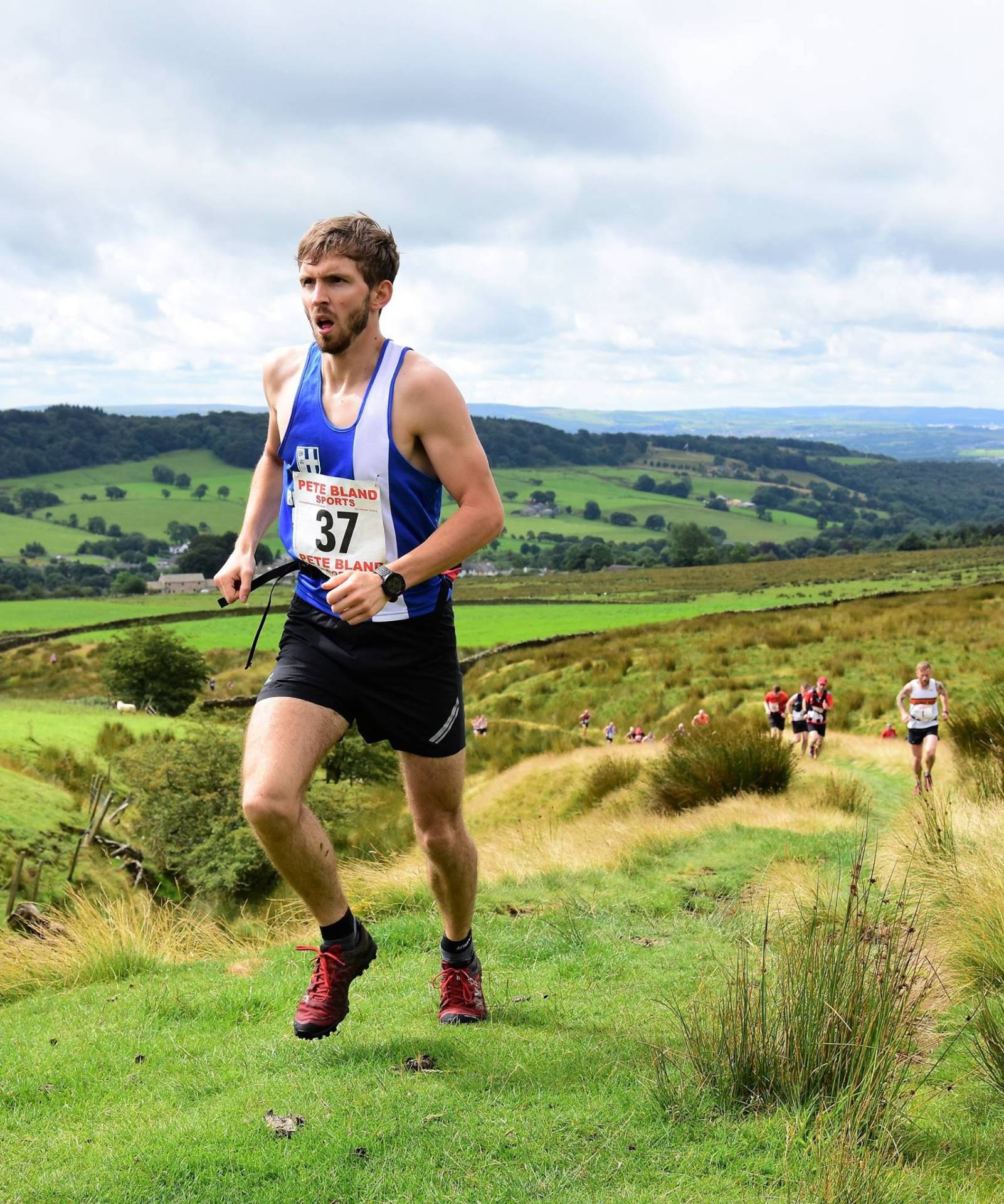 The penultimate fixture of this years Mid Lancs League took place at Litherland at the weekend, the last fixture before the Medal meeting which takes place at Stanley Park, Blackpool on Saturday August 26th.

In the Throws events it was another good day for U13 Nicole Saunders winning the Shot Putt with a throw of 8.72m, the Discus with 28.32m and placing 2nd in the Javelin with a distance of 25.85m which was over a metre longer than she had thrown previously setting a new personal best. U13 Kyle Taylor-Pomfret came 2nd in the Hammer (16.09m) which was a new PB with the 4kg weight before going on to win the Discus with a throw of 17.61m. New member U15 Matthew Heywood was competing for the first time for the Club and started off pretty well with a 4th placed throw of 5.99m in the Shot Putt and another 4th place in the Discus with 21.96m. U17 Woman Emily Taberner earned two 2nd places in the Discus with 21.37m – a new PB by half a metre and in the Javelin with 28.86m which was also a new PB. 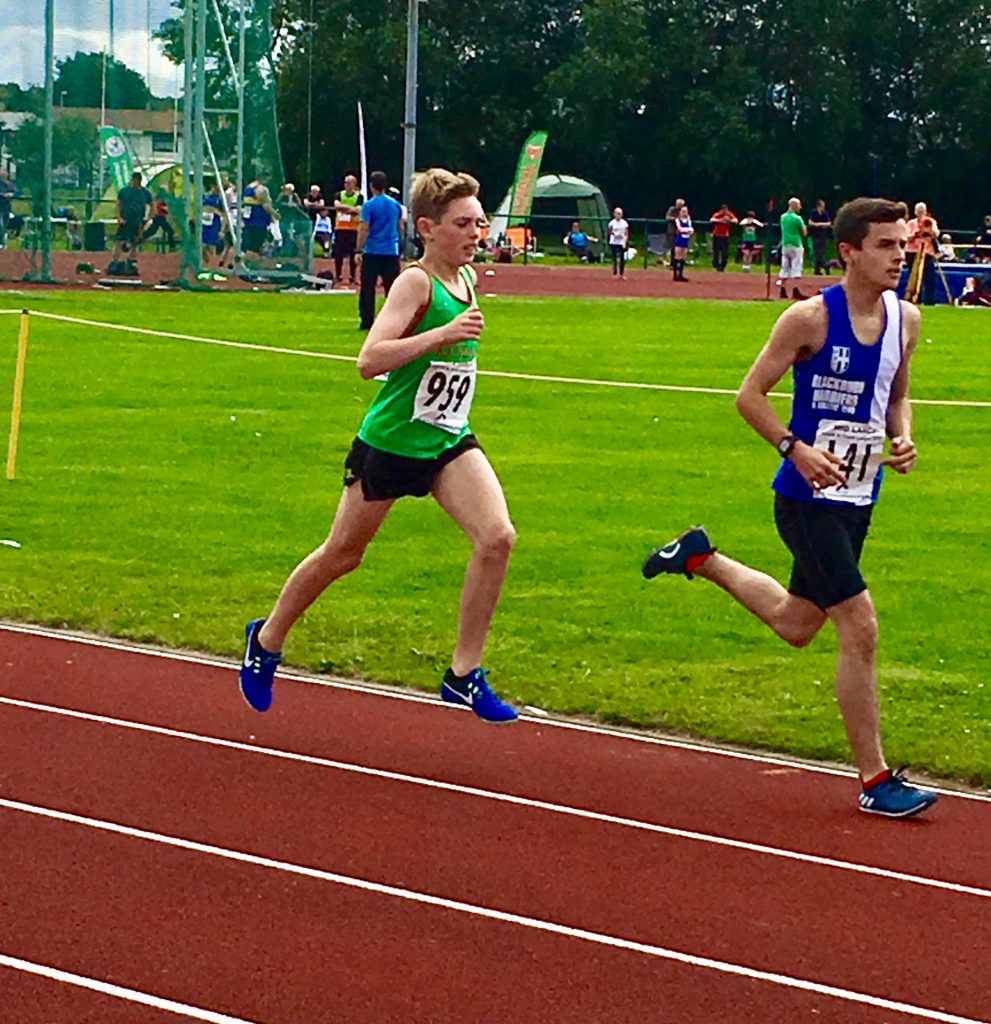 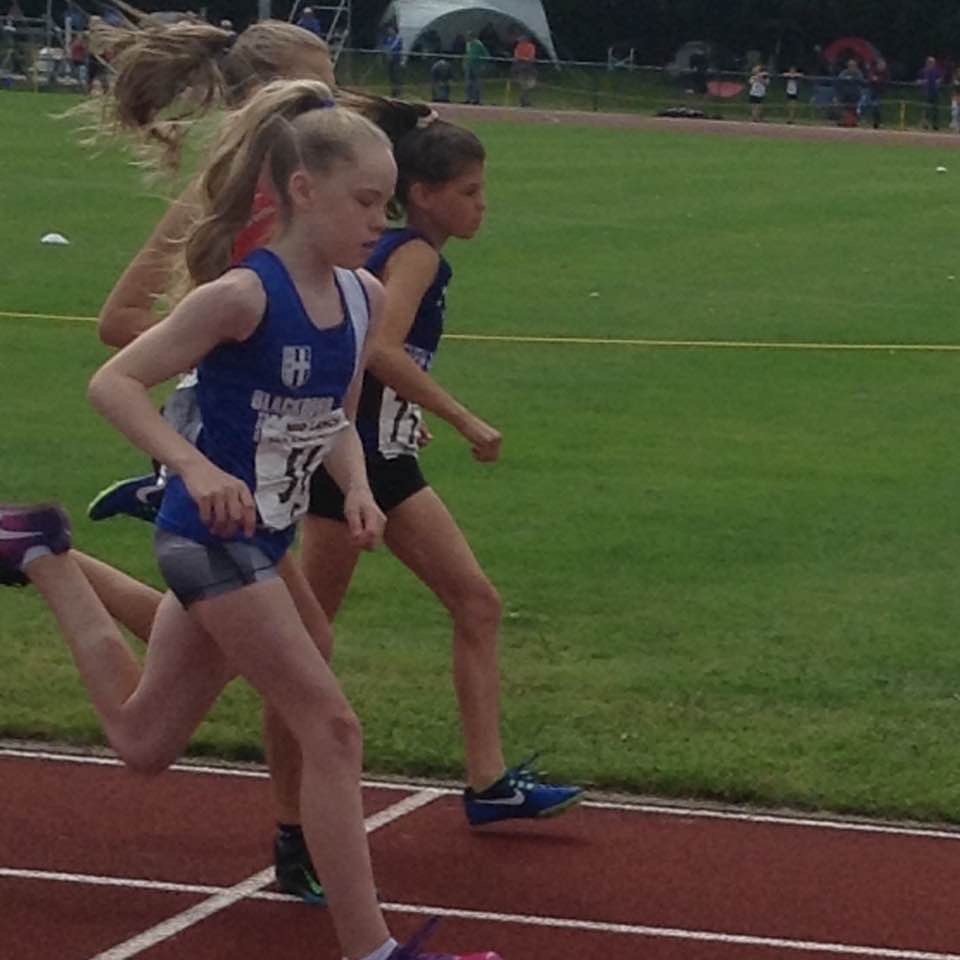 In the Jumps events U13’s Kate Cookson and Keira Haxton competed in the Long Jump which saw Kate in her first competition in the event finish 8th out of twenty two athletes with a distance of 3.59m and Keira 20th (2.61m) which was a new PB. U13 Isaac Butler came 6th out of nineteen in the Long Jump with 3.83m which was a new PB for him, the same event seeing David Holman have a go for the first time and placing 15th with 3.39m and Codie Dewhurst jumping 2.81m in 19th place.

One hundred and fifteen finishers in this local 10k Race won by Rob Danson in time of 31.54. Blackburn Harrier Joe Monk came 2nd in a time of 33.47 in a race which was very windy. Next up for Joe is the Sale Sizzler 5k this coming Thursday. 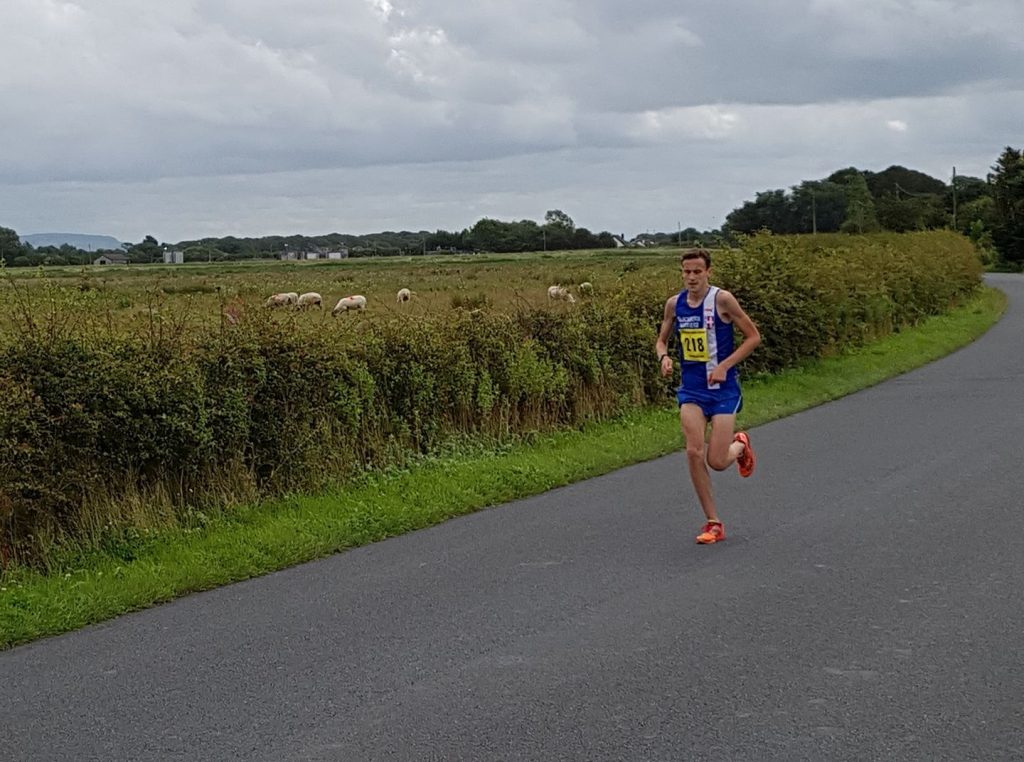 This was the second year running for this Race organised by Richard Taylor which resulted in a comfortable win for Grant Cunliffe (Rossendale Harriers) in a time of 40.52. Three Blackburn Harriers competed with the highest placed member John Horrocks placing 4th in a good time of 43.44 with Gary Pearse (V50) in 19th spot (51.53) and Ian Clarkson (V50) coming home in 26th with a time of 56.41. After the Race Ian spoke to the Club about the day commenting that it was “A quick, tough little fell race on our doorstep, 5.25 miles and approx 1500 ft of ascent and some decent fell running weather. An up and down and up and very fast down affair with thrills and spills on the way down ( another tumble, another limb) with 3 Blackburn Harriers having a go, John Horrocks, Gary Pearce and myself. John looking good up front, Gary back in race mode, looking good and myself looking good, bringing up the rear !! Managed to knock off about 4 1/2 minutes from last year, so very happy. Many thanks to Richard and the team of Marshalls for making this race happen, appreciated” 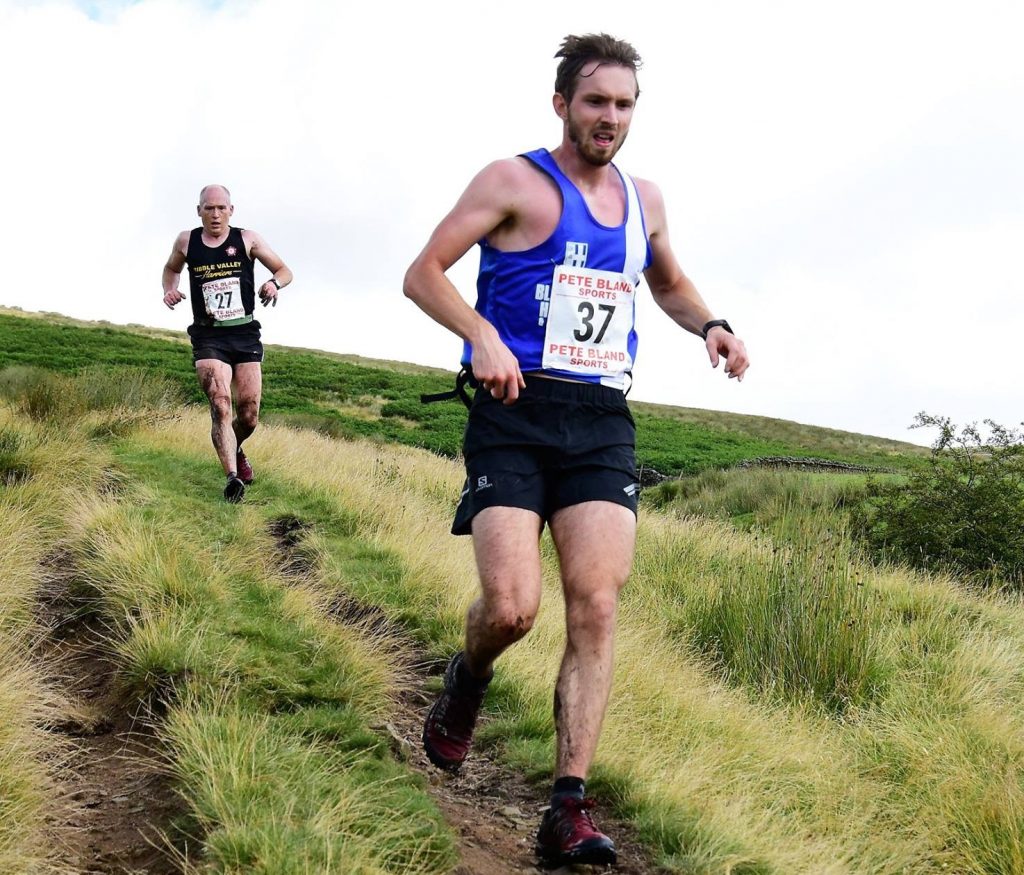 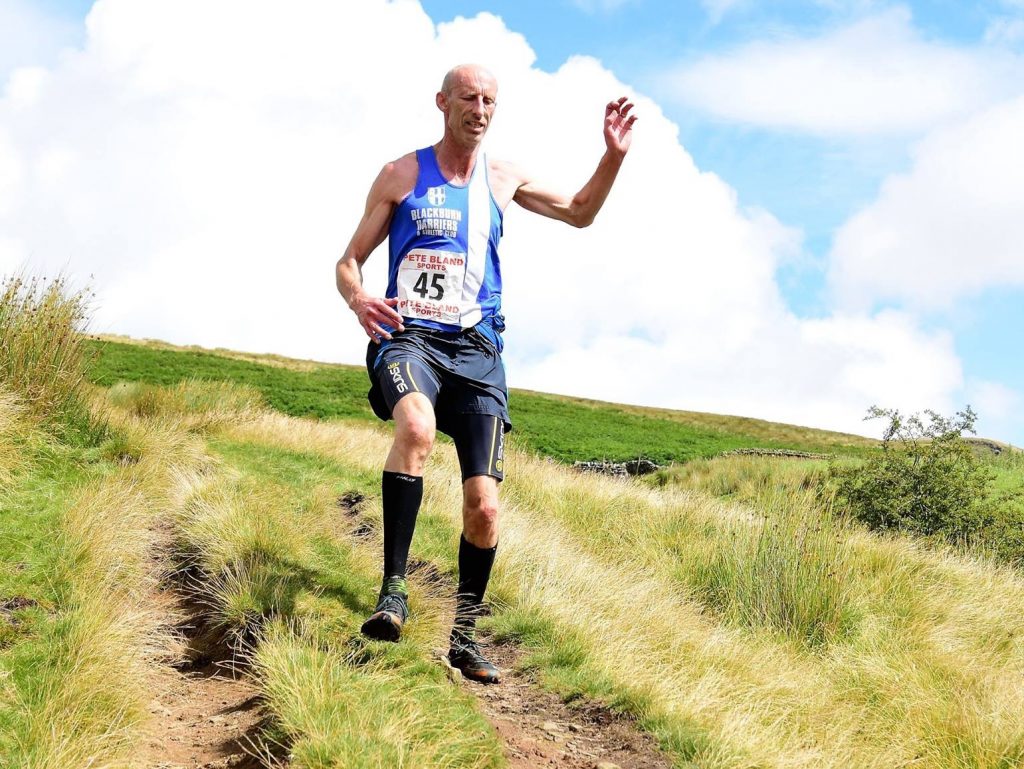 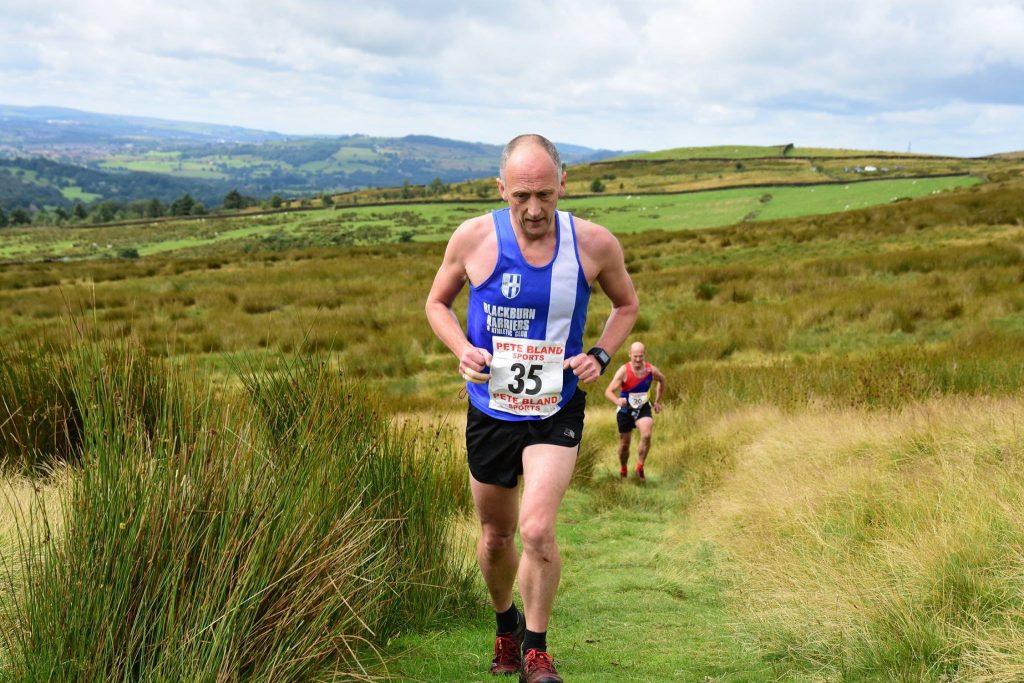