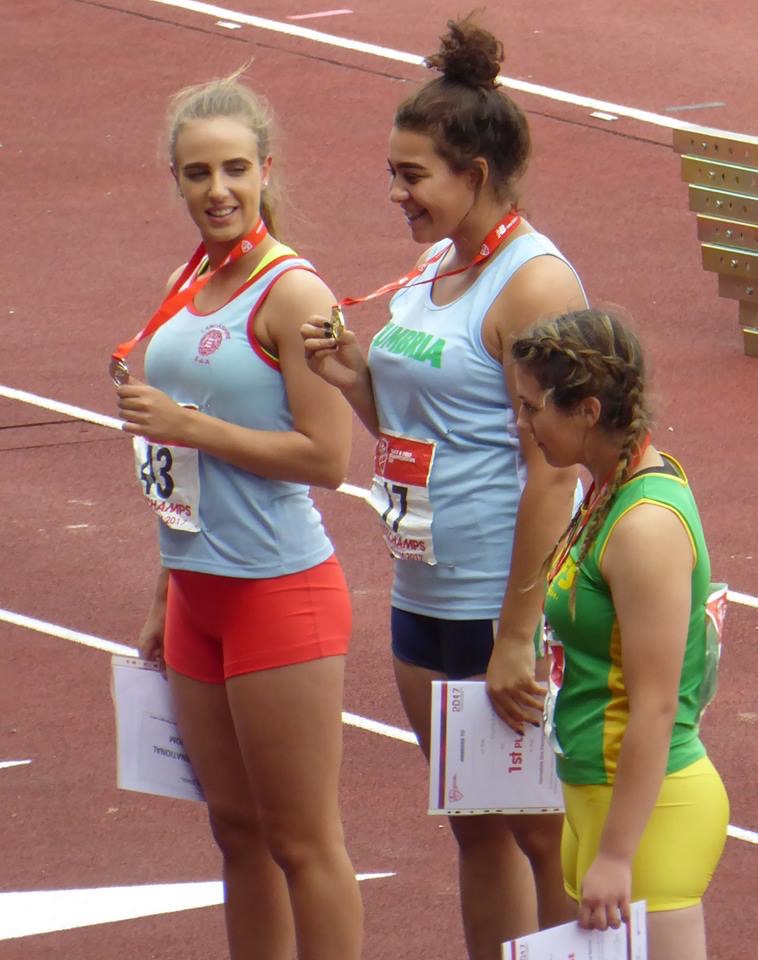 One of the highlights of the year is the English Schools T & F Championships where the leading athletes in their respective School Year Age Groups go head to head with the best of their peers throughout the country. Good news for Lancashire as well as they won the Group B Bradford Cup from Cheshire (2nd) and Buckinghamshire (3rd).

Charlotte Williams…..had a great competition coming away with a Silver Medal in the Hammer (3kg) – 2nd place out of a field of twenty one hammer throwers with a throw of 59.45m – plus being selected to represent England next week in the Ireland International Event, made it a very good weekend all round. Delighted, Charlie told the Club “This weekend has been a great success for the Lancashire team and for the Blackburn Harriers that we’re lucky enough to get into the team. I finished 2nd in my competition with a throw of 59.41cm, just one metre short of my personal best. Knowing I had a silver medal at an English Schools Championship was amazing but finding out I’ll be doing the internationals the next weekend competing for England was just amazing. I’d like to say thank you to everyone who helps including my parents, coach and club. Also well done to all Blackburn Harriers!“

Jacob Roberts..came 4th in the Senior Boys Hammer (6kg) with a throw of 63.45m and had one of the most consistent rounds of all of the throwers. A very positive Jacob spoke to the Club after the Championships and told us that “It was a fantastic comp at Birmingham for ESSA 2017. Though I came 4th it was a close battle. I was consistent with my throws. Now I am getting ready for my International in Cardiff on Wednesday – July 12th. Thanks to Michael my Coach and my Physio Anne-Marie”. 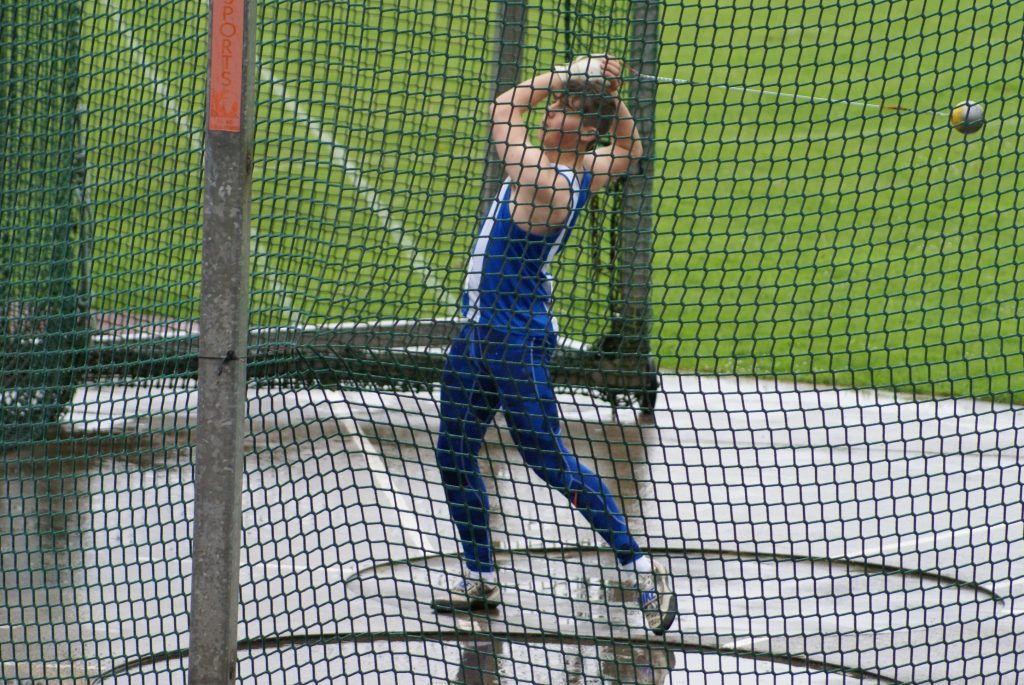 Ross Liddle….was ‘buzzing’ after the Heats as he reflected on his qualifying time of 54.25 – a new PB –  and a new Club Record for Blackburn Harriers. In the Final Ross finished 6th in a high quality Race with a time of 54.88. Speaking to the Harriers, Ross told us “It was a great experience on the whole. I achieved my aim of making the final and managed to knock 3 seconds off the time I ran at English schools last year. I can’t thank Bob Groves and Ramzi Dabbar enough for all the help they’ve given me!“ 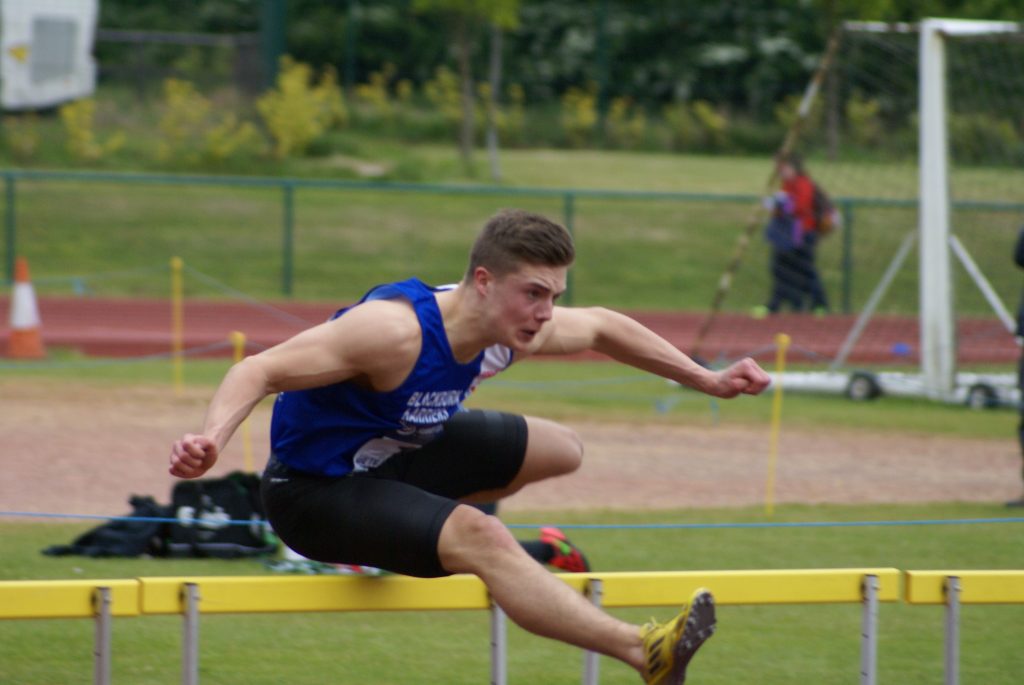 Sam Gaskell was another Blackburn Harrier who had a fine weekend setting a new PB distance of 59.11m in the Hammer (5kg) to finish just outside the Medals in 4th place out of sixteen fellow competitors. Pleased with getting a new personal best Sam told the Club that he was “happy that I finally got another PB (59.11m) and I’m looking forward to next years ES when I’m in the top end of U17″ 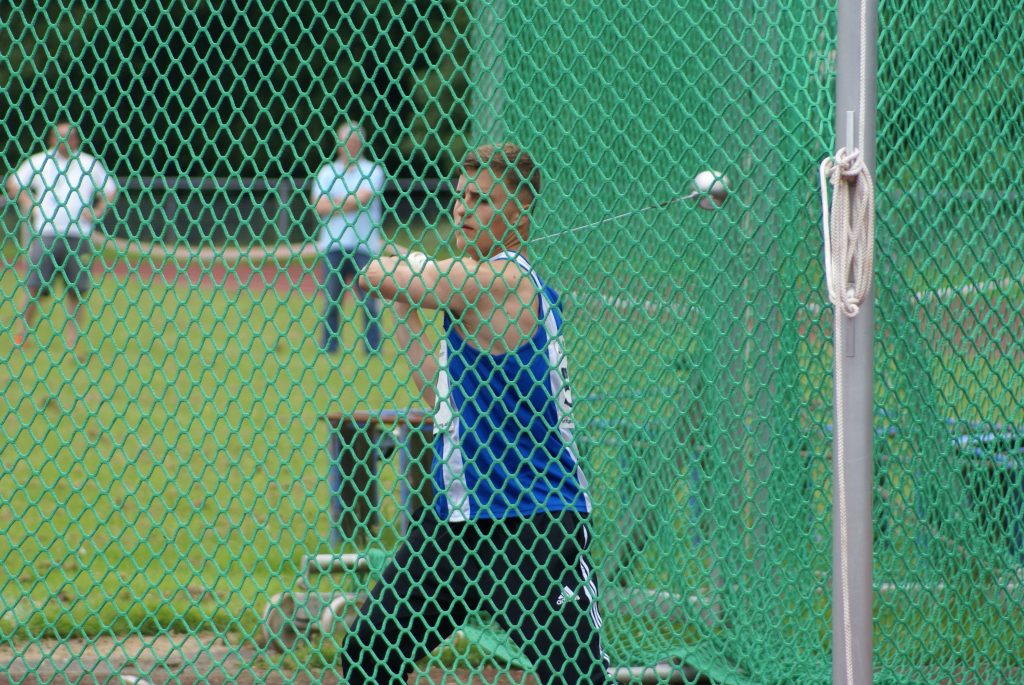 Anthony Kent placed 8th out of thirteen athletes in the Discus (1.5kg) with a throw of 41.00m just a little bit down on his personal best off 44.31m but was delighted to have qualified for the Championships and when speaking to the Club after Anthony told us that “English schools was a brilliant experience that i thoroughly enjoyed and i look forward to working hard to get back there next year”. 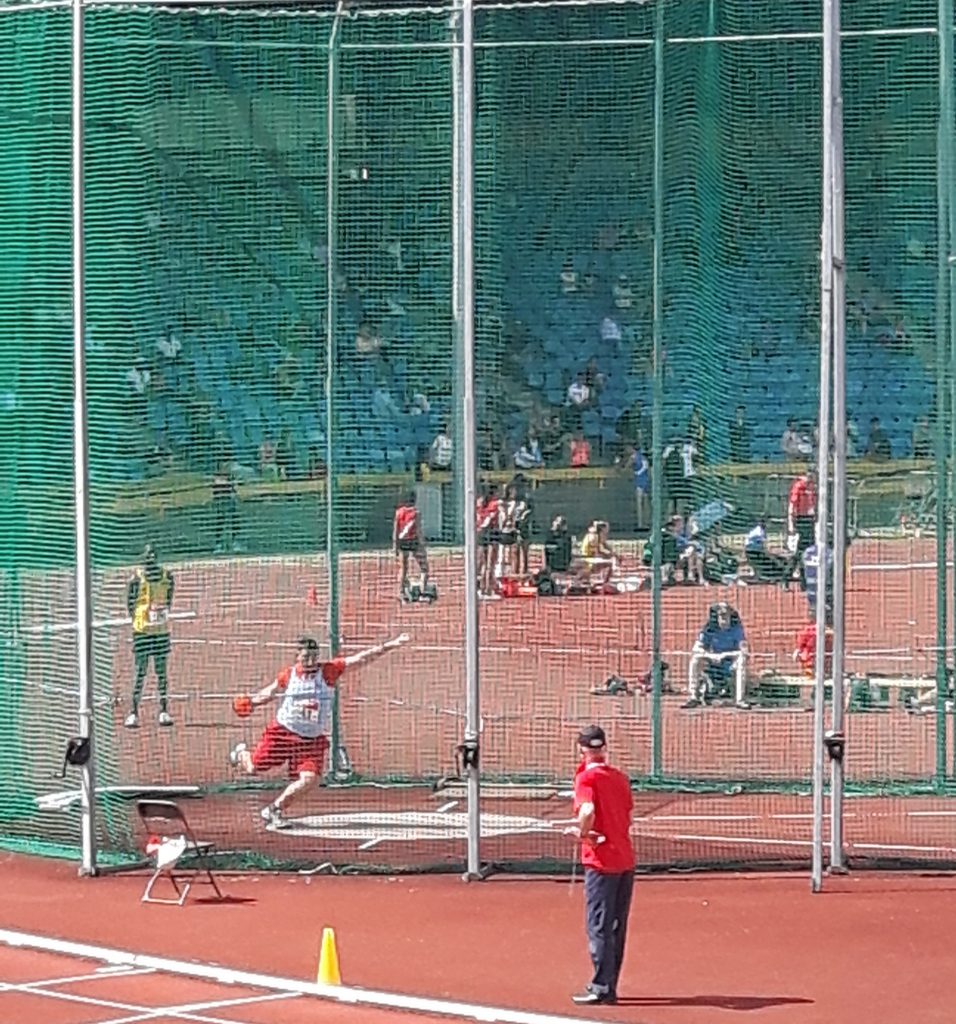 When Cameron Harris joined Blackburn Harriers eighteen months ago, his Coach – Jim Kerrigan – told him he could get him to English Schools, and that he did. Cameron at his first appearance at the Championships finished 12th out of twenty three in the Javelin (JT600), throwing a new PB distance of 45.54m, nearly a metre further than he has thrown before. His mother Rachel commented that Cameron“was very impressed with how everyone supported one another. It wasn’t just about Who was the best it was about doing your best and celebrating that”. Cameron himself told the Club “”I remember the first time I came to Harriers Jim told me he would get me to the Nationals, and he has! It was great just to take part.” 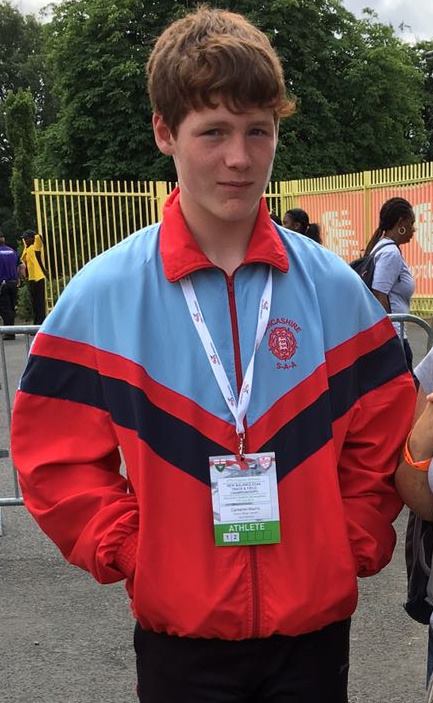 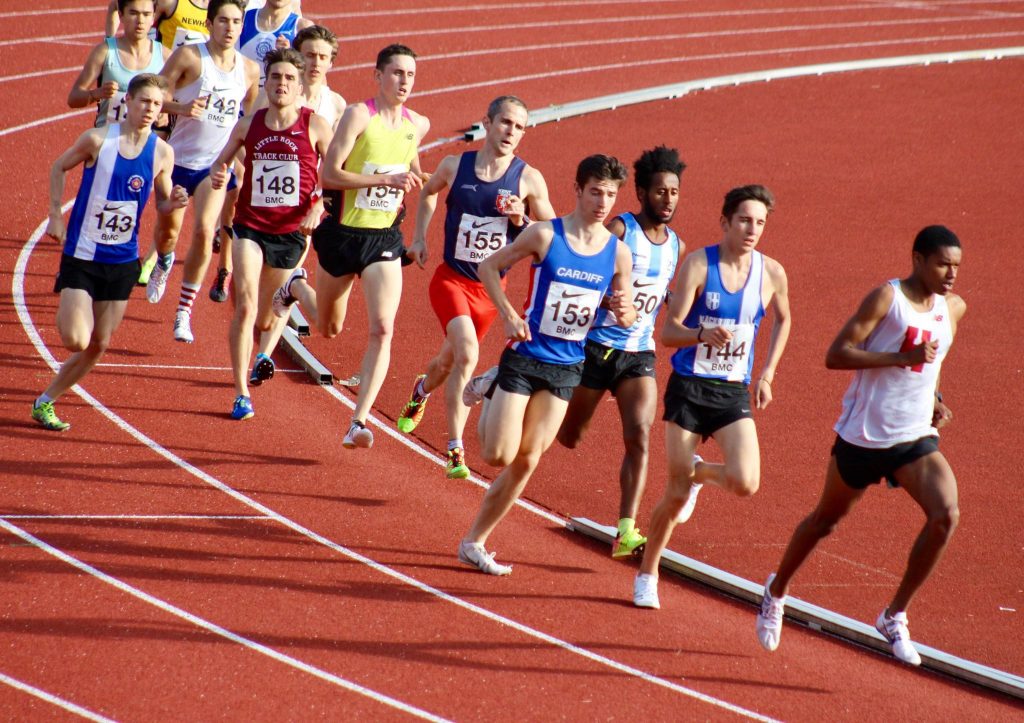 A great Race for Rob Warner at the weekend in the 1500m at the Grand Prix Fixture in Loughborough when he finished 4th out of a field of 14 athletes in a new PB time of 3.51.34 – two seconds faster than his previous best time.

A delighted Rob spoke to the Club after the Race and told us that he was “Really really happy with finally cracking a PB for the 1500!! I ran 3:51.34 and finished 4th! I took the race on and sat behind the pace maker and went through 800 in 2:03. I then tried to push on as I’m quite prone to losing concentration from 800-1100, so I was really pleased that I managed to push on at that point but I just didnt have the finishing speed to hold off the others which I guess I can put down to pushing on earlier in the race! Saying that though, overall I’m really happy with how positively I ran the race and to come away with over a 2 seconds PB which I’m really happy with!” 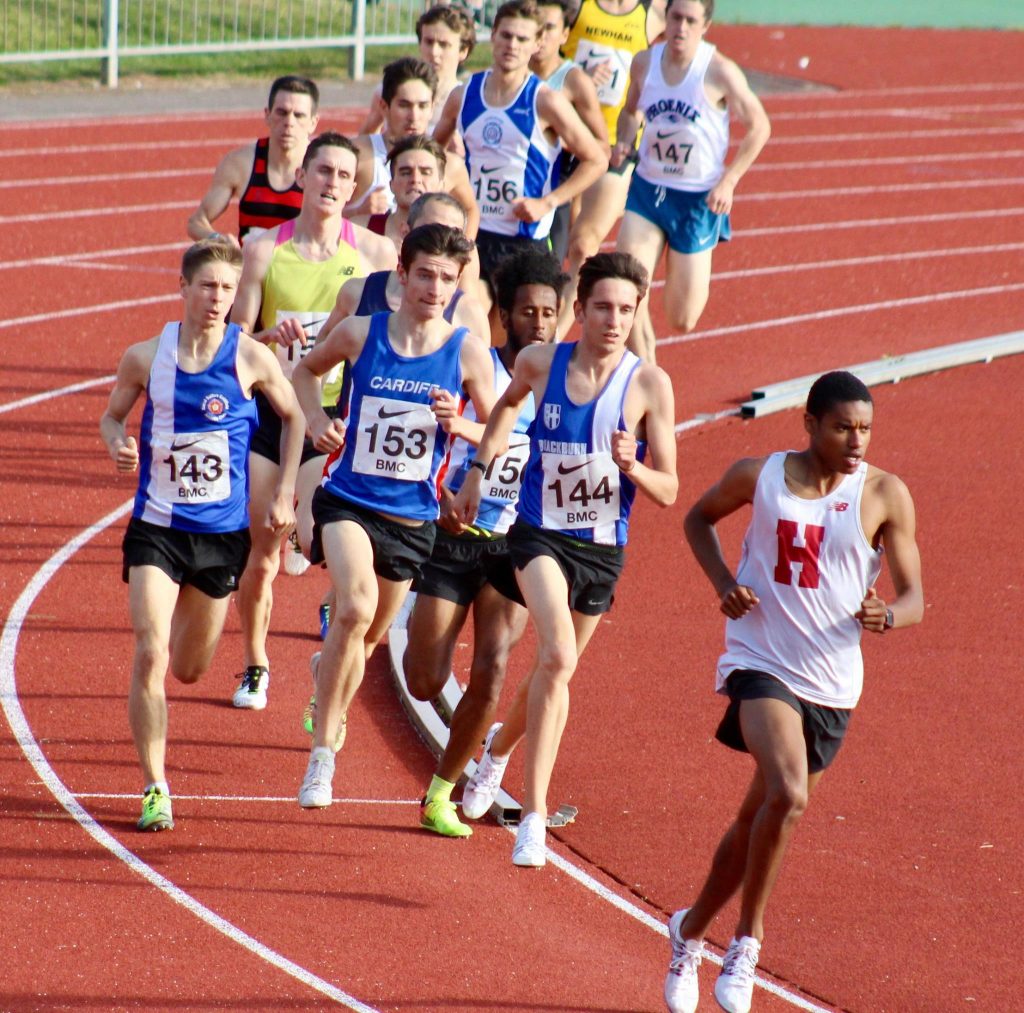