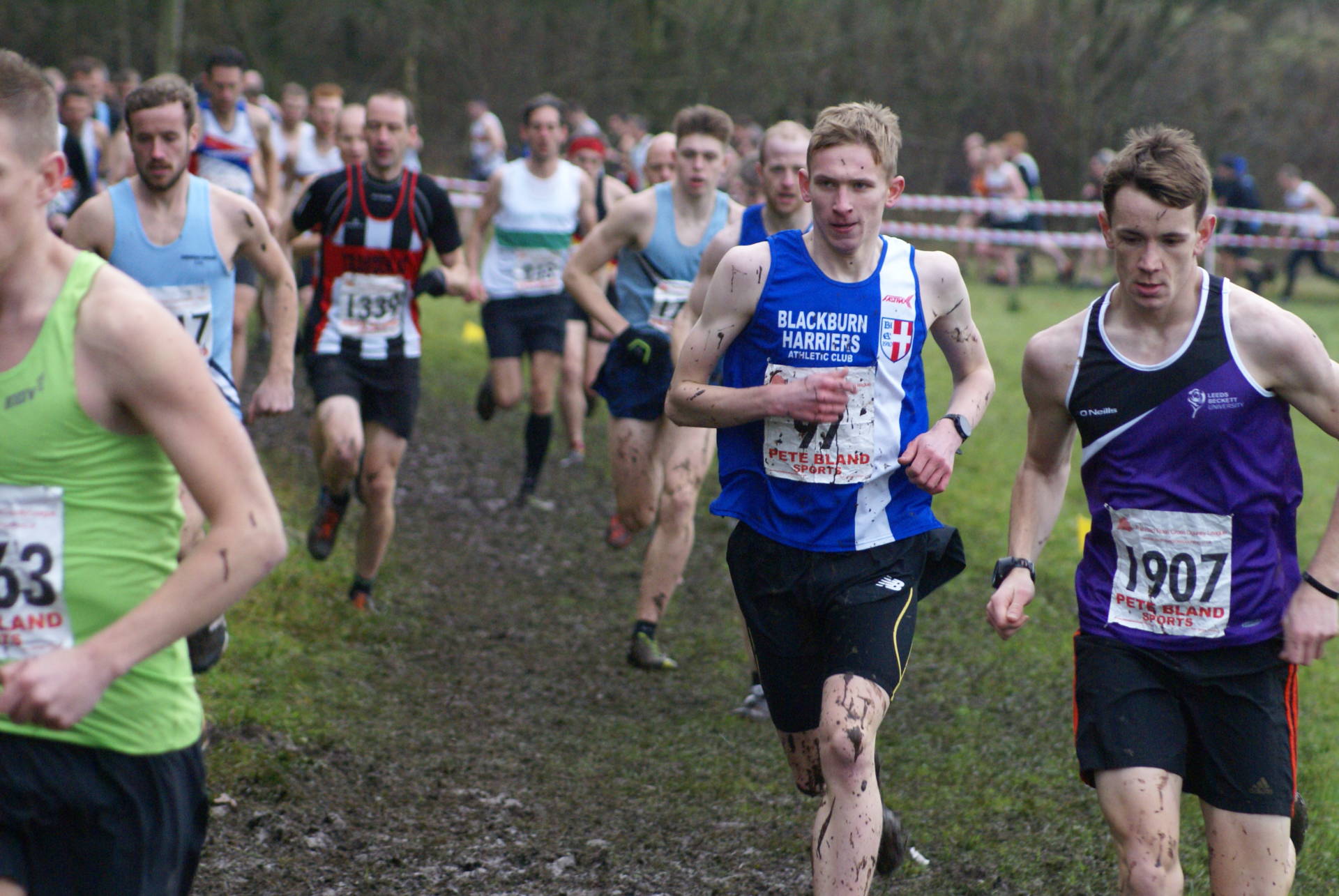 A great end to the 2017 Red Rose Cross Country League for the Harriers. After the final fixture at an extremely muddy Marl Pits on Saturday the Club finished up with the Senior Men’s title winning the first three fixtures and a 3rd in the last one. This was followed up with four straight wins by the Harriers Veteran athletes to land that Title undefeated and also undefeated was Joanne Nelson who won all three of her Races to take the Women’s V45 Title and was 4th overall in the Series. Mat Nuttall added the Men’s V45 Title for the Club posting two first places, a second and a third spot with Chris Davies just missing out by one point for a Medal as he took 4th spot in the V40’s and Chris Balderson 8th. Although the Harriers hadn’t targeted the Red Rose League for the Juniors there will still some very good performances not least of them being a League Title Individual win for Dexta Thompson in the U13 Boys winning two and coming 2nd in his three races to count as the Team also won the League Title amassing 57 points to Clayton’s 79 in second place.

Senior Men’s Team Manager Paul Guinan was delighted with the performance of the Team and told the Club “The Red Rose Cross Country Series was a series we targeted for a number of reasons, being only 4 races, relatively local and finishing pre – Christmas. We intended to be competitive throughout, both as individuals and as a team, without a doubt we achieved that and more, winning 3 out of 4 races for the Seniors and 4 wins out of 4 races for the Vets. Matt Nuttall taking the Vet 45 title and Jack Hindle taking Runner Up in the Seniors, brilliant for them as well as the Club. Highlights for me have to be the team spirit we have forged which is now evident and will only get better with time, Ben Costello finding his running legs and proving he can run at a level, the great Ben Fish running after an absence of 13 long years and returning with a win and finally all the athletes that made the effort not only for me but for the Club, that’s every runner, a massive thank you from myself and Ben, wonderful from you all and much appreciated, hopefully a return to the Series next year with another successful campaign, brilliant”. 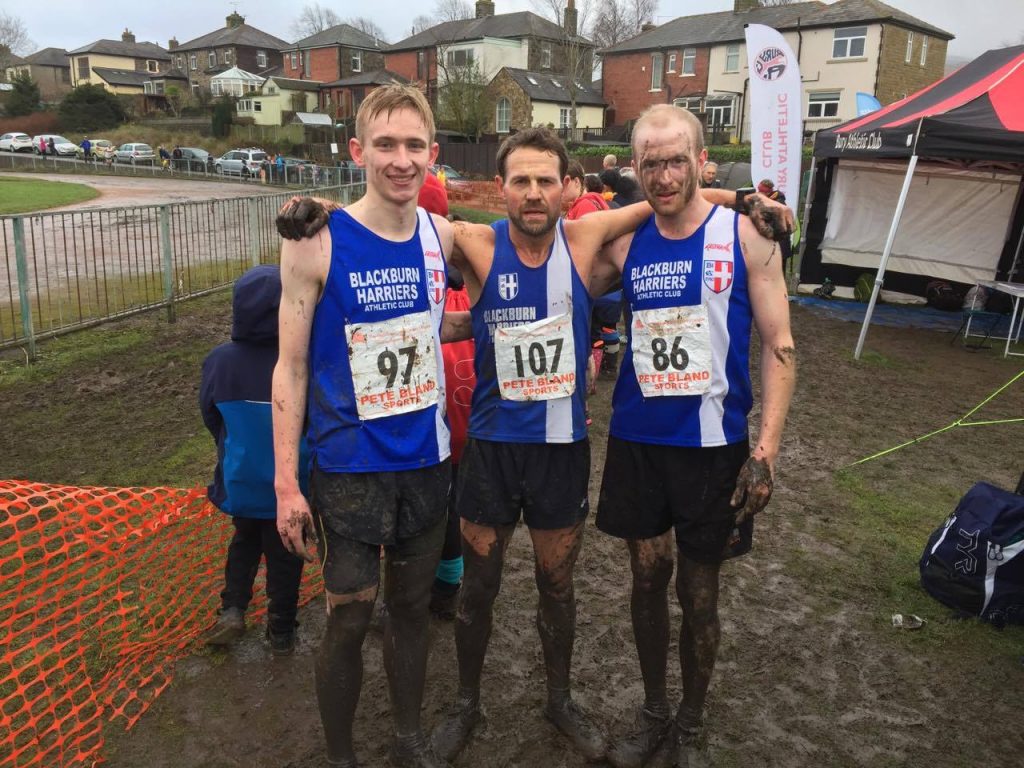 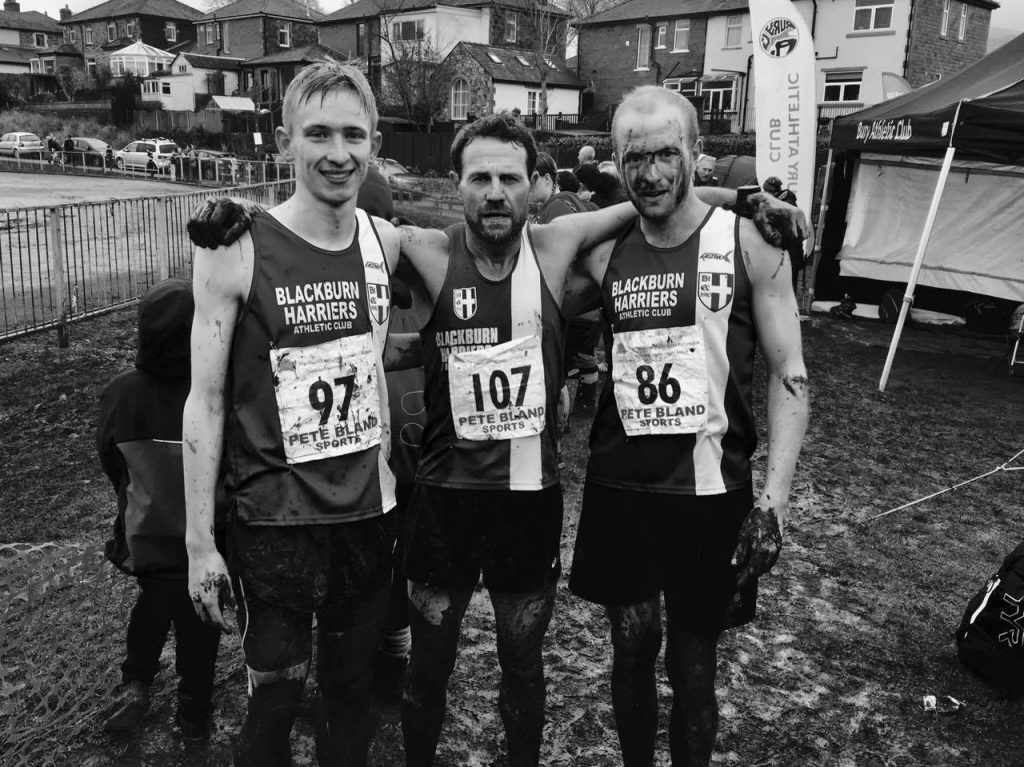 Just three youngsters in the U11 Boys in the opening Race of the day featuring ninety runners, which saw the Harriers place 4th out of 11 teams and led home by Daniel Smith in 8th spot (7.13) who is having a great first season. Next in was Oliver Gill in 18th (7.36) with Felix Thompson (38th) clocking a time of 8.06. 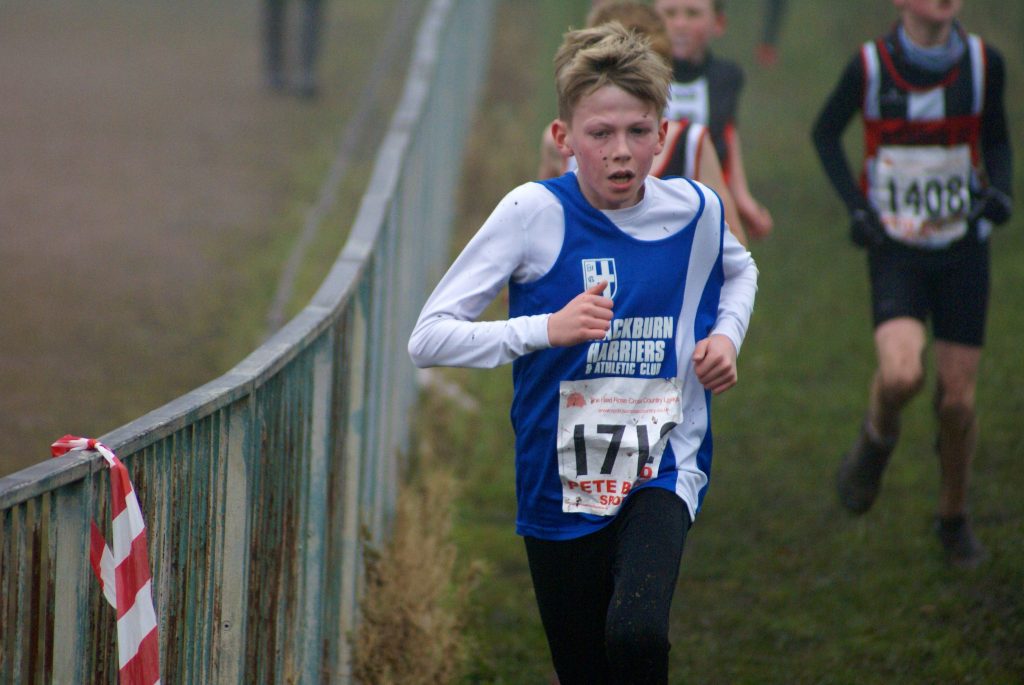 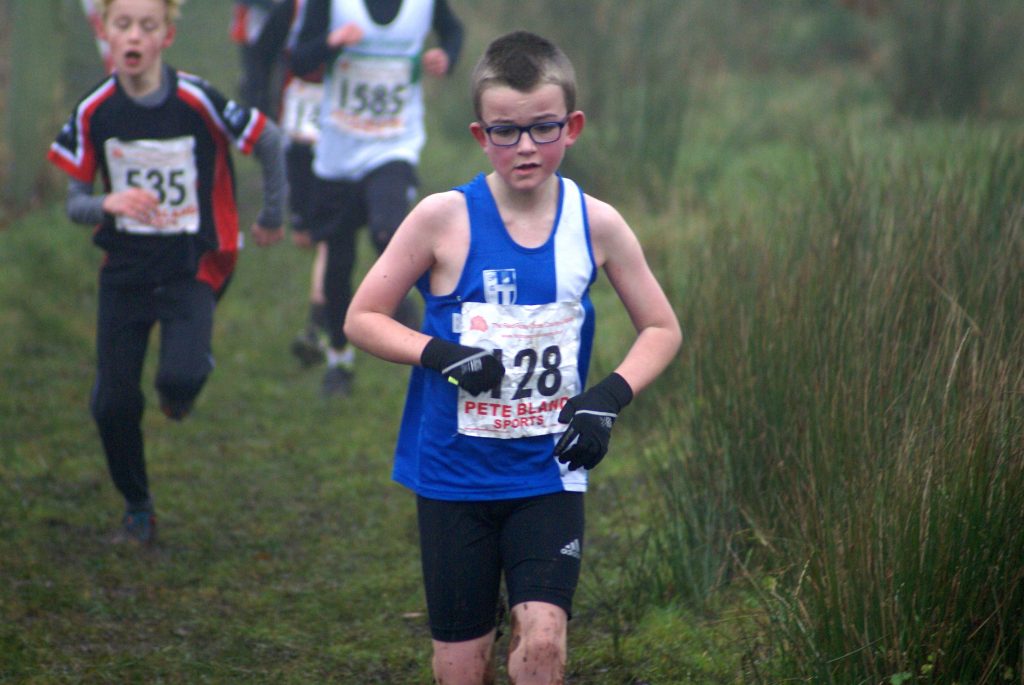 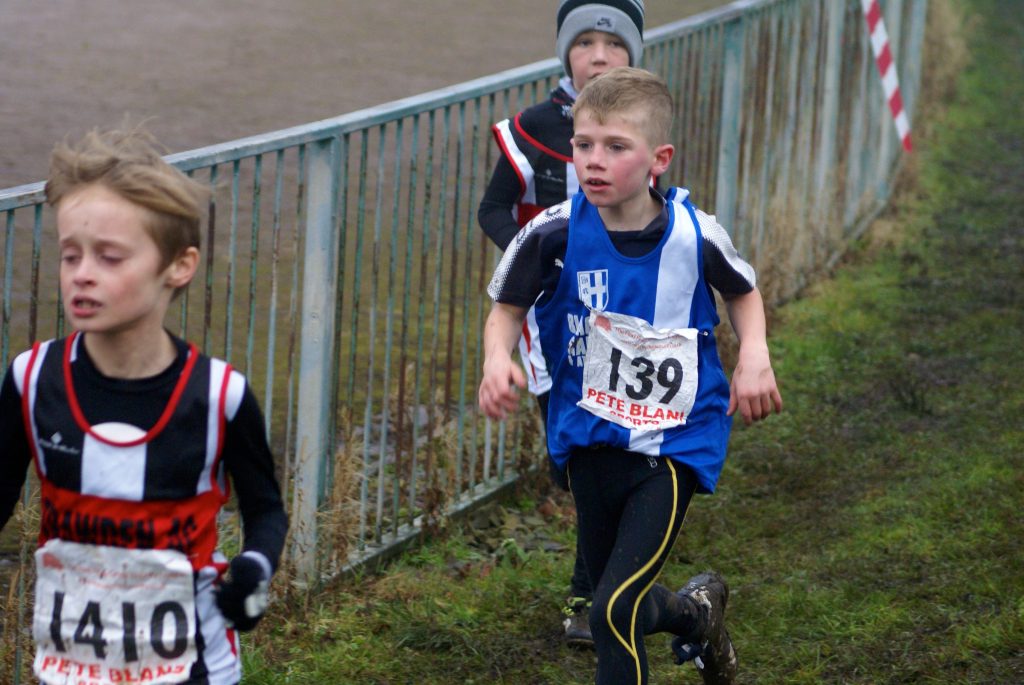 The U11 Girls similarly had just three girls out as they came in 8th out of 12 teams with just thirteen seconds separating them. First back was Hannah Davies in 22nd position (8.29) with Isabelle Hartley in 24th (8.31) and Kady Thompson 28th in a time of 8.42). 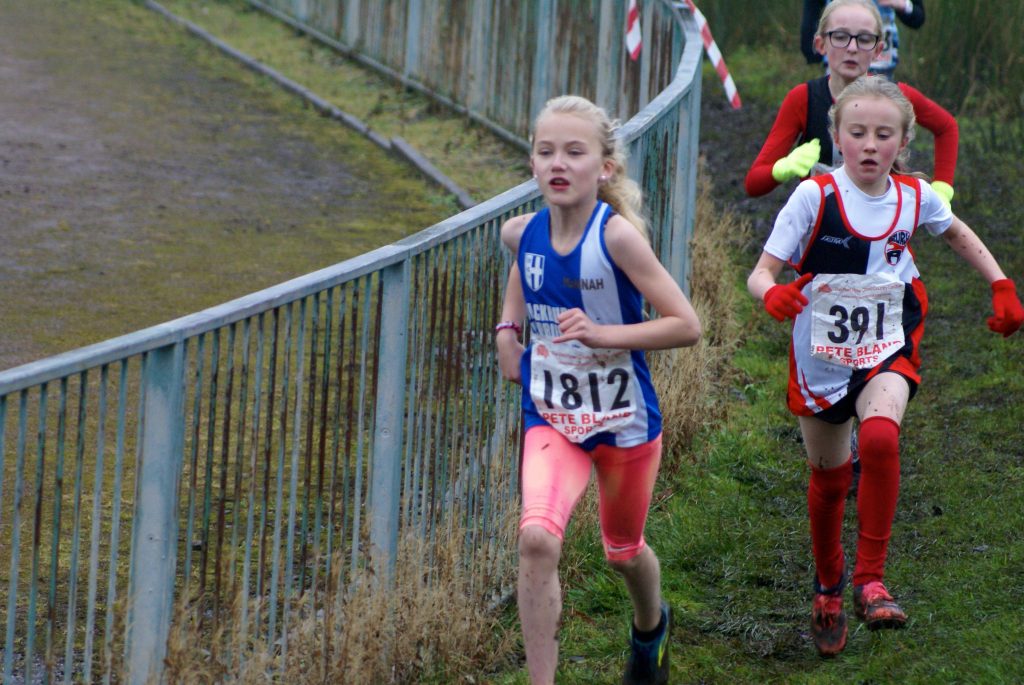 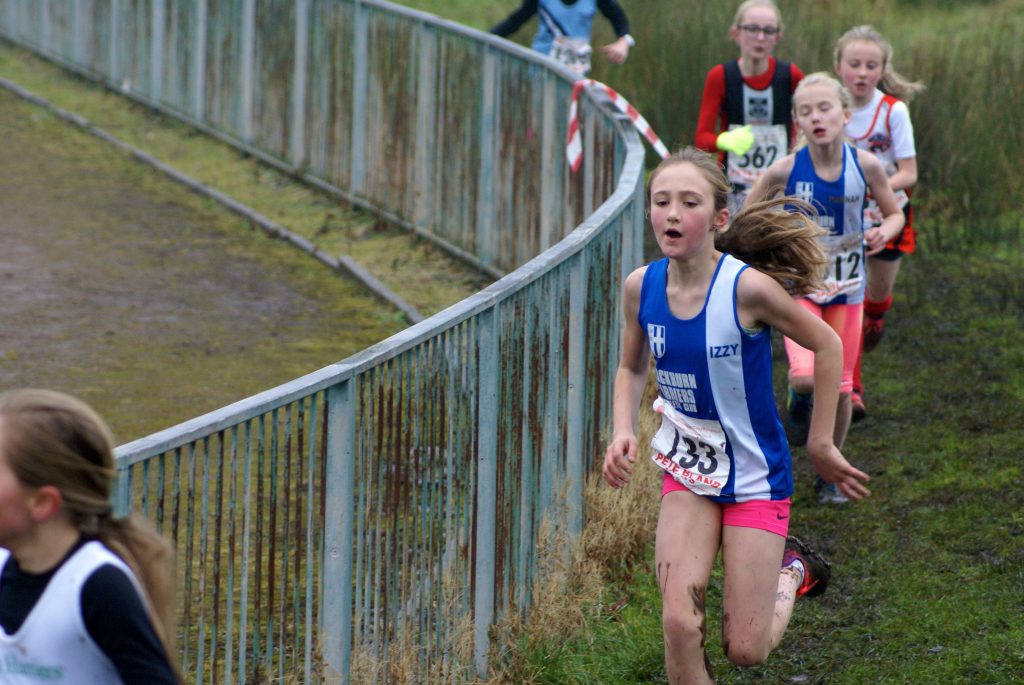 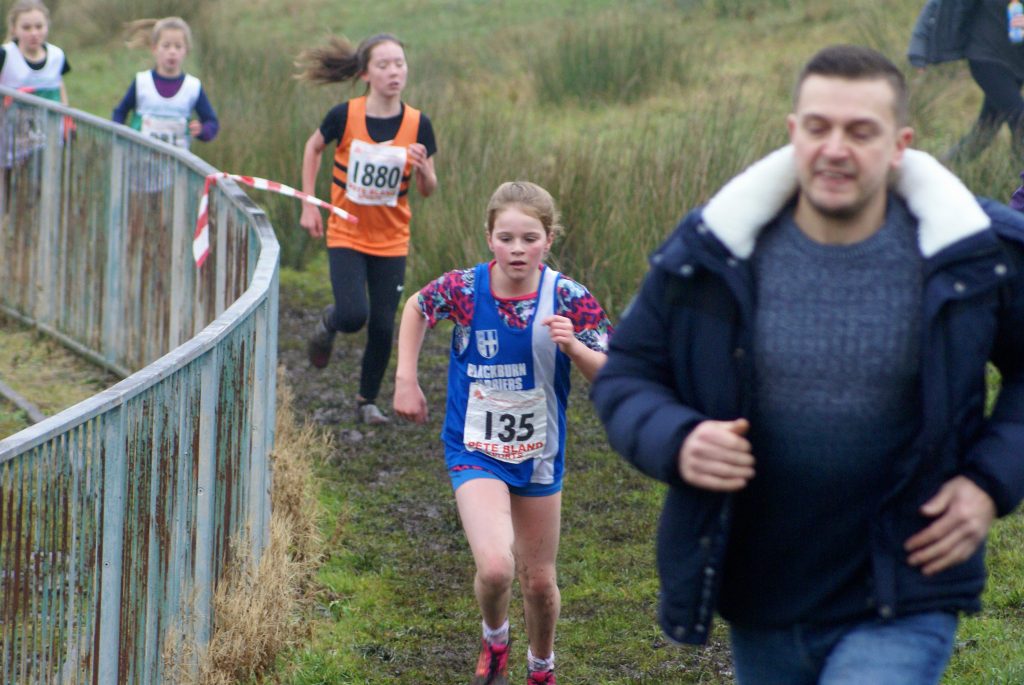 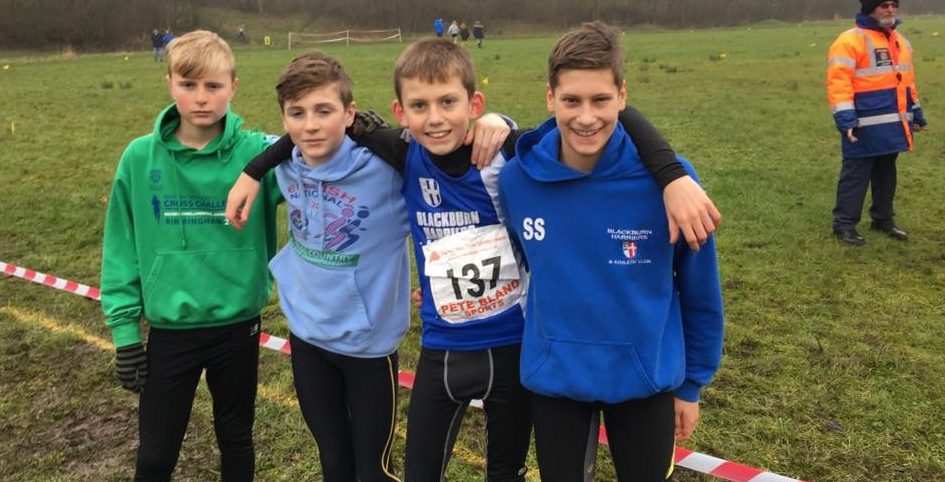 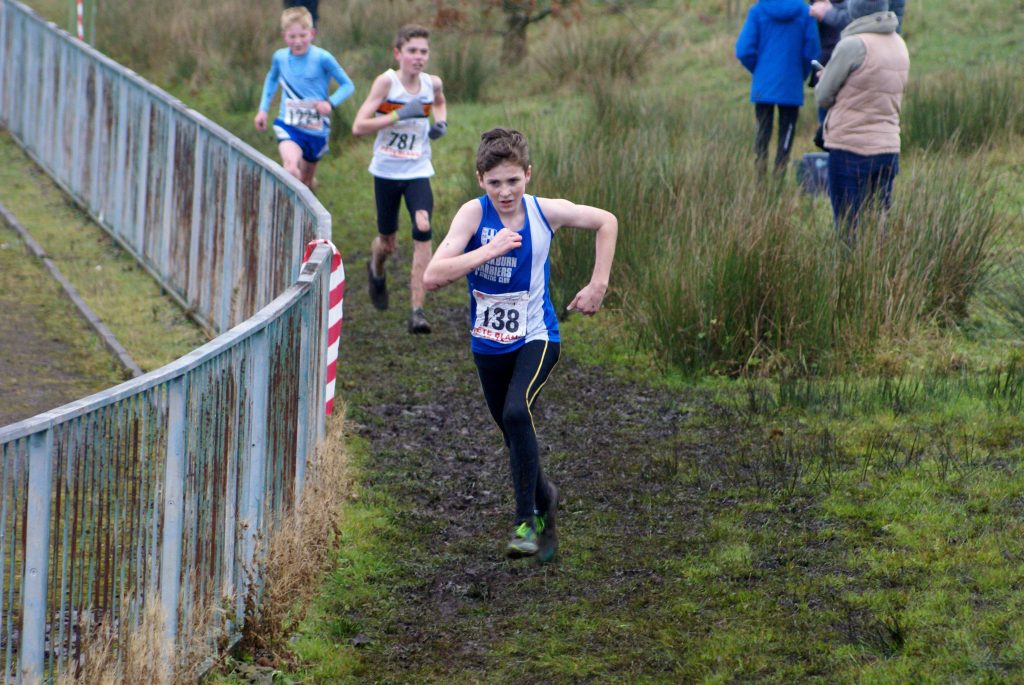 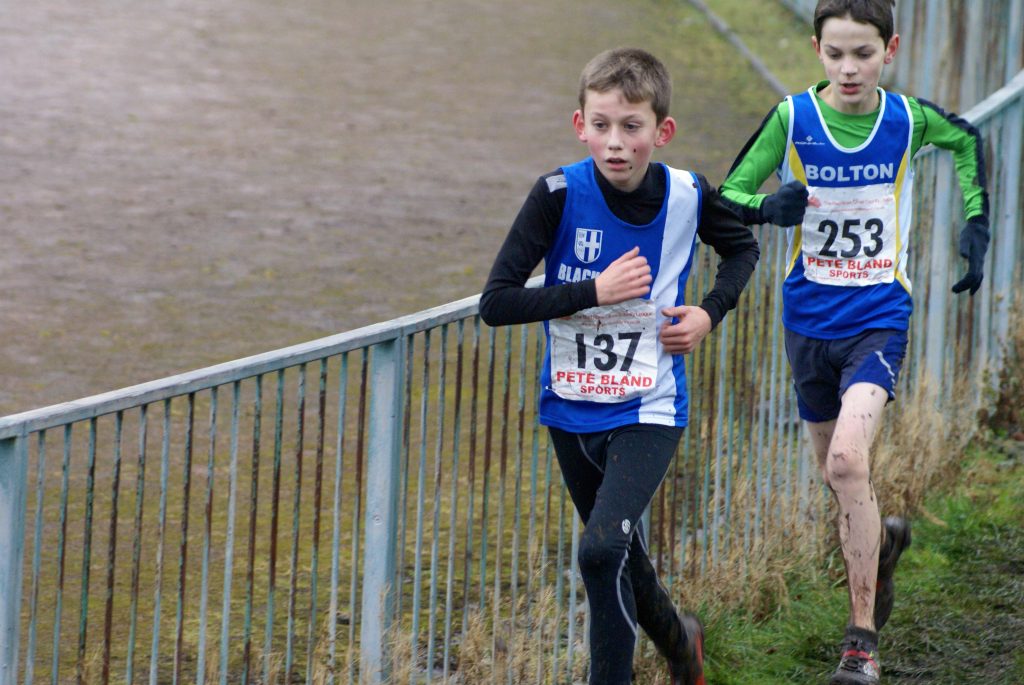 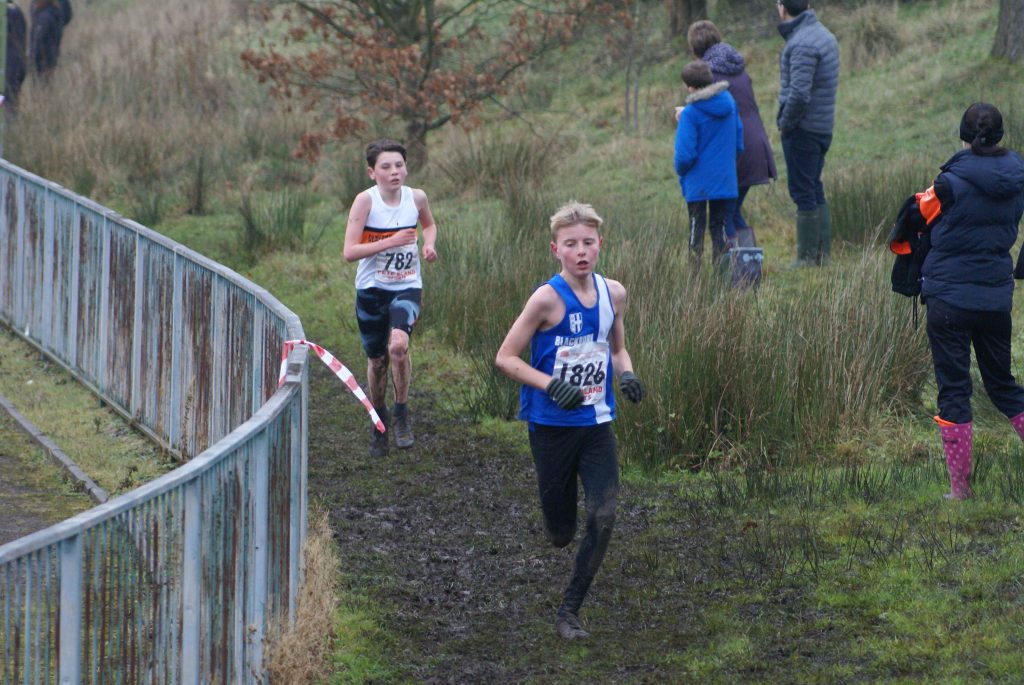 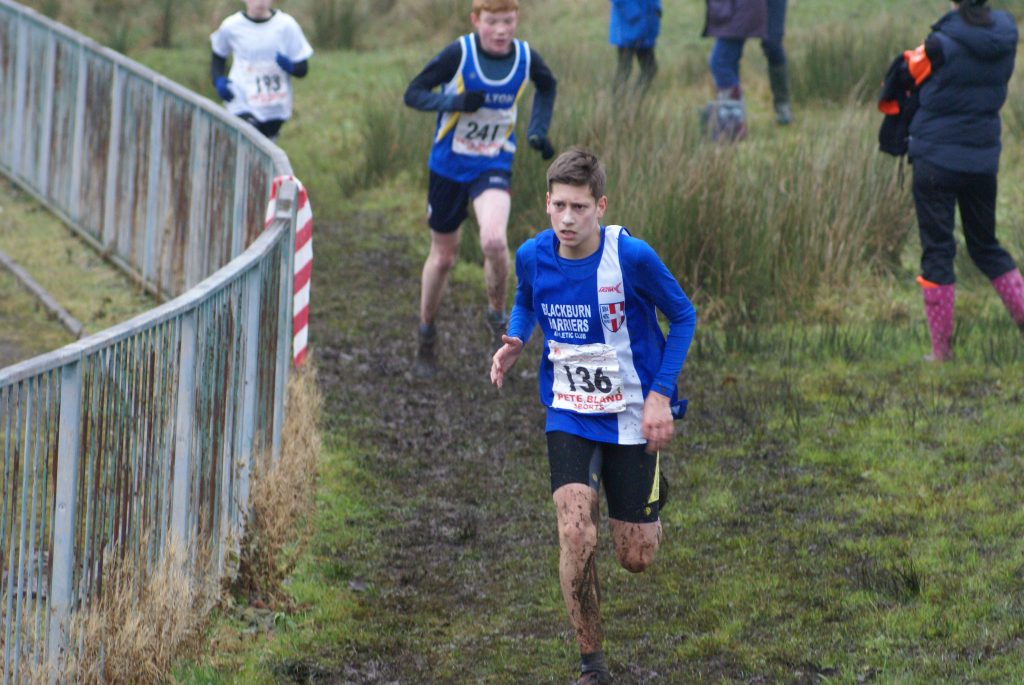 Eleesha Charnley has had a another good cross country season so far taking 3rd spot at Marl Pits in 17.46 and finishing 3rd U15 Girl overall for the Series. Sam Hodkinson had a crack at the Marl Pits Course in the U15 Boys Race coming home in 4th place (15.17). 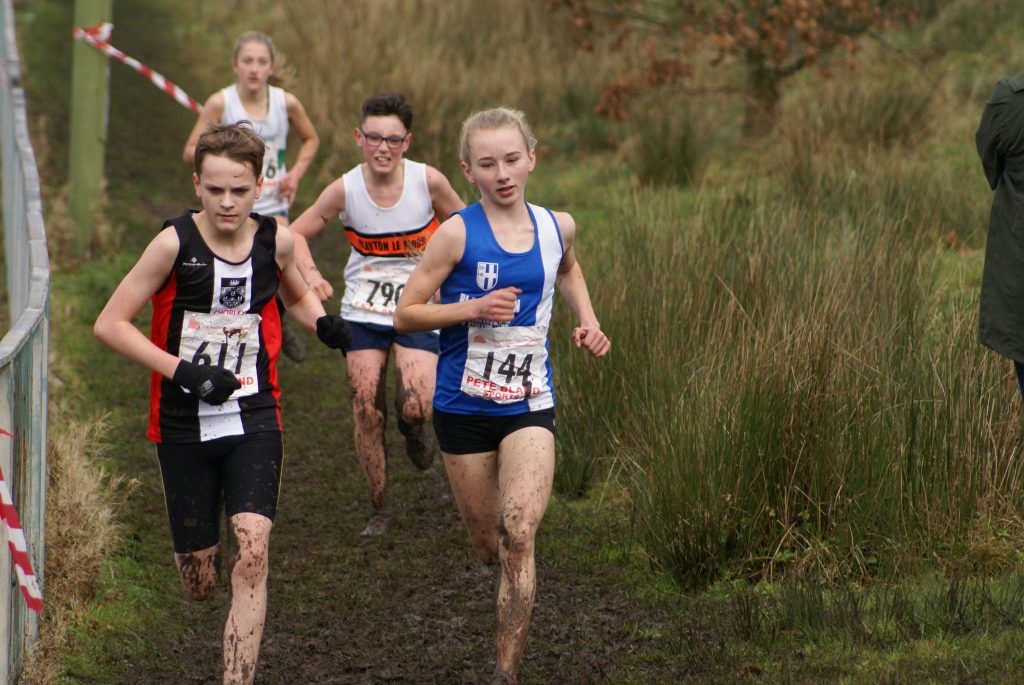 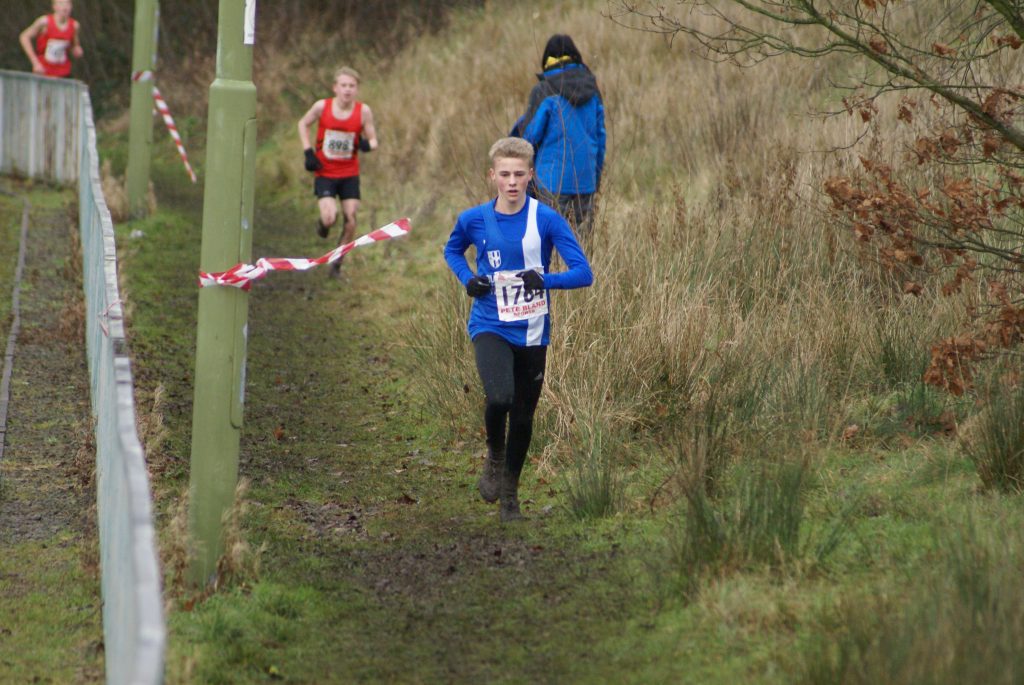 The Senior Women’s Race had 112 runners contesting which saw Joanne Nelson have another fine run in 4th place (22.22) which secured her the V45 Title and 4th place overall in the Series, missing out by just a point to U20 Katie Oakley. And it was a delight to see Sarah Toms next home in 28th spot (25.57) running for the Harriers back on home turf and followed in by Lindsay Davies in 40th position clocking a time of 27.53. The Team finished 6th out of the 15 teams racing. 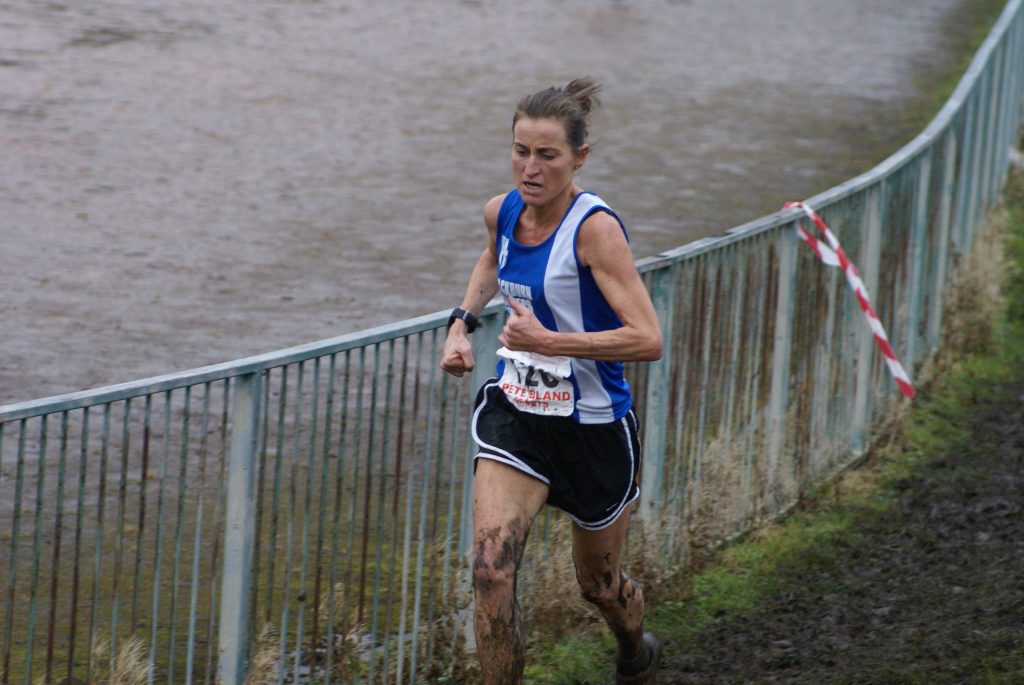 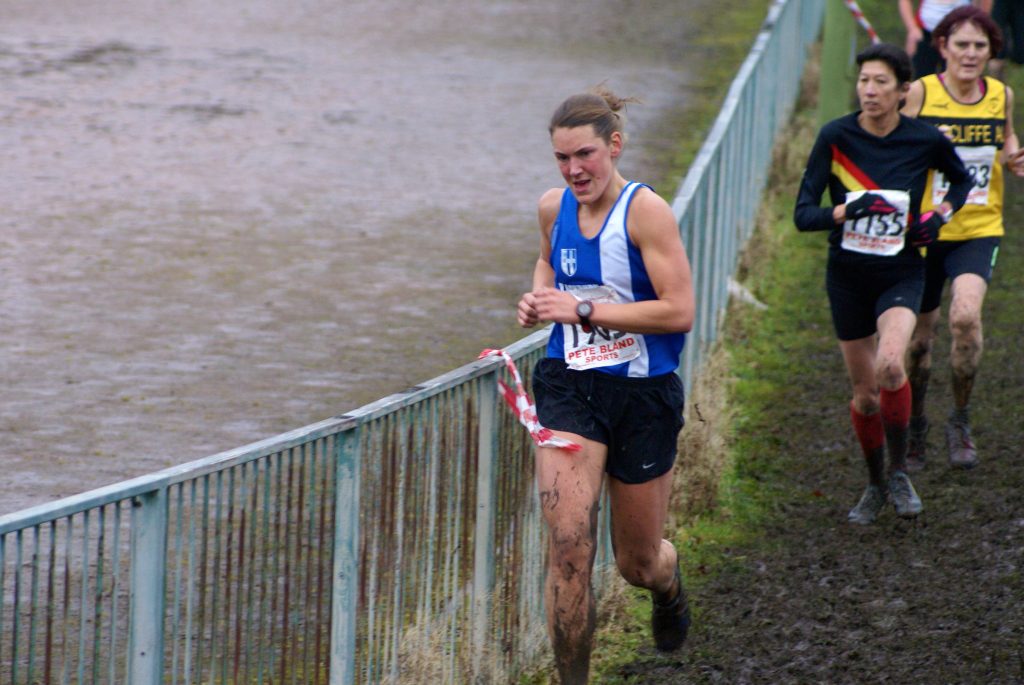 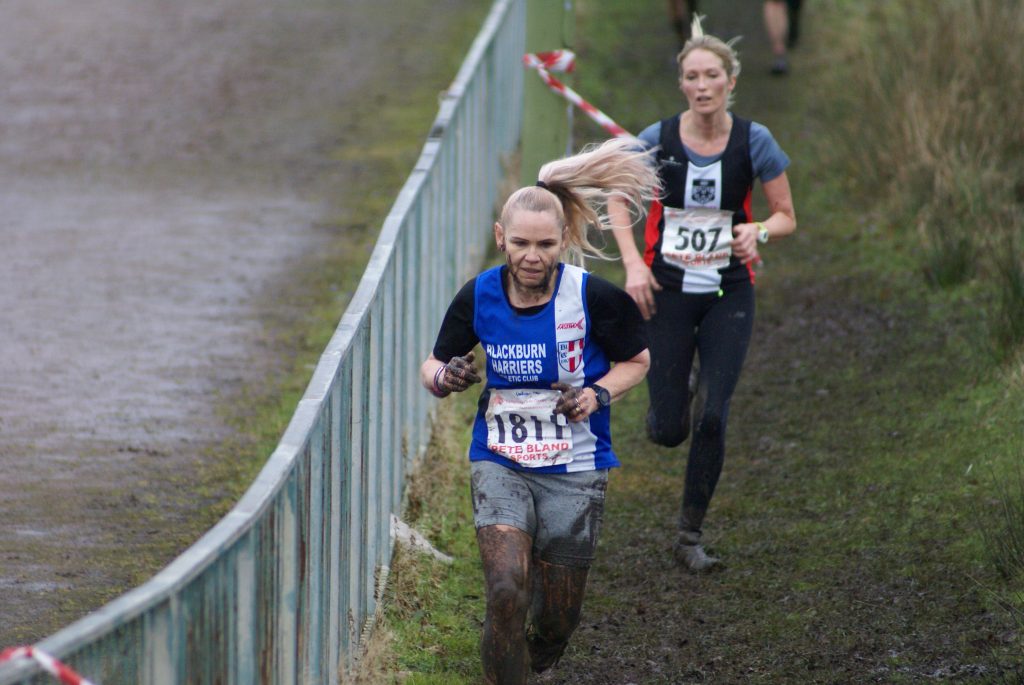 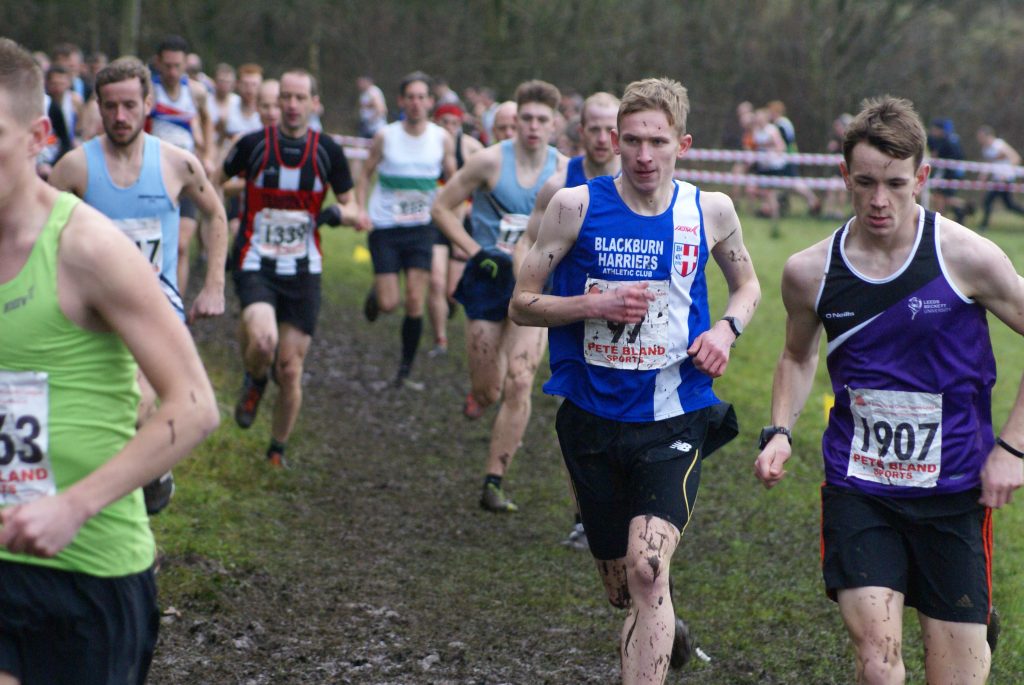 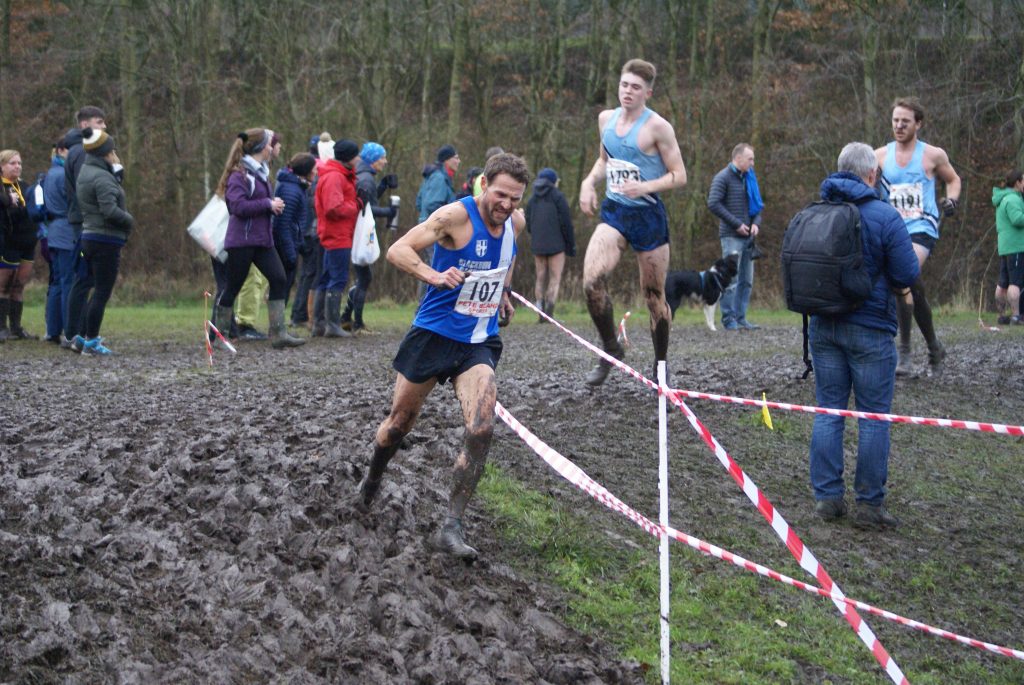 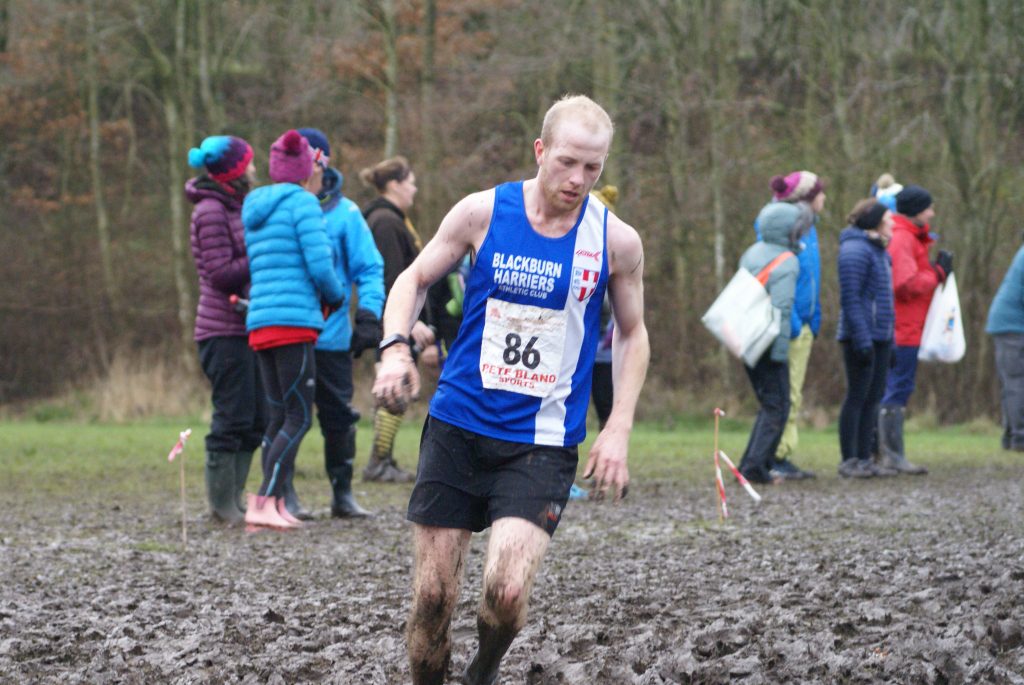 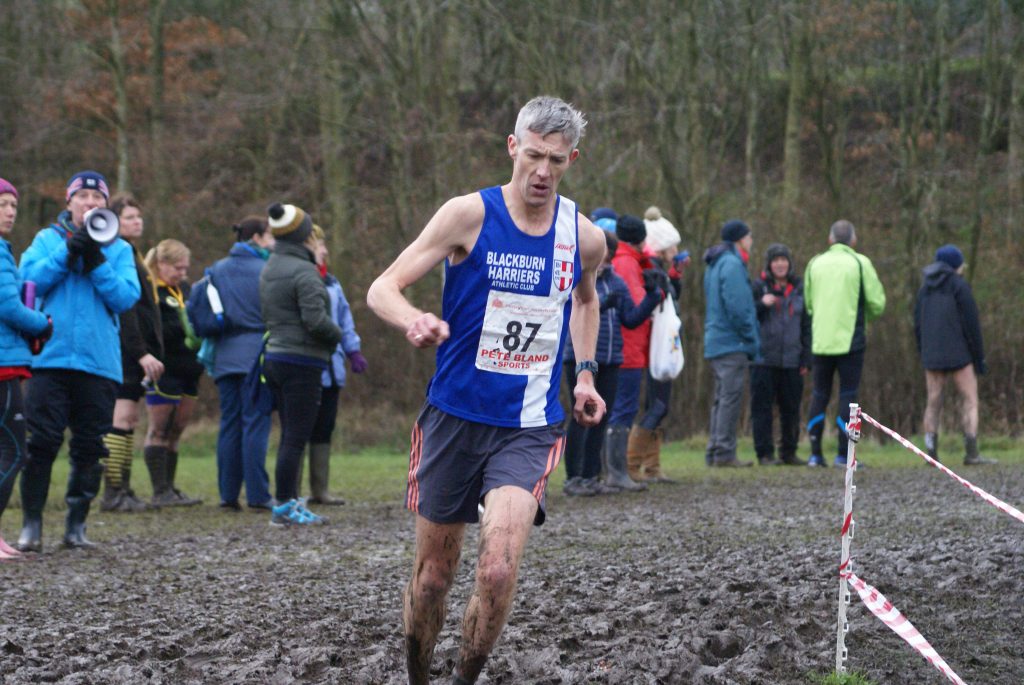 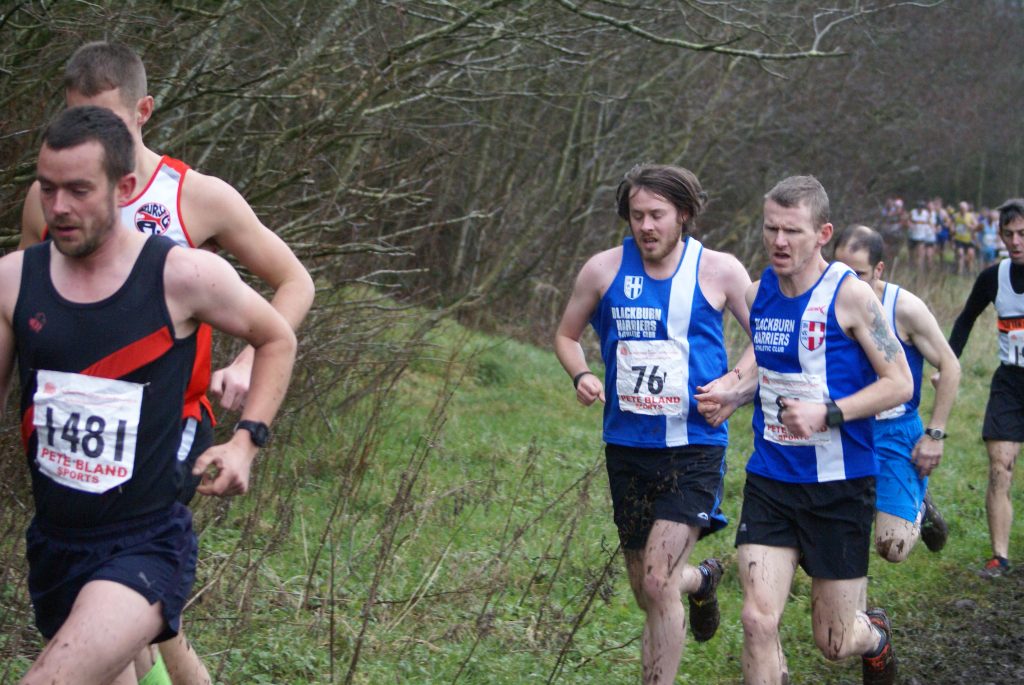 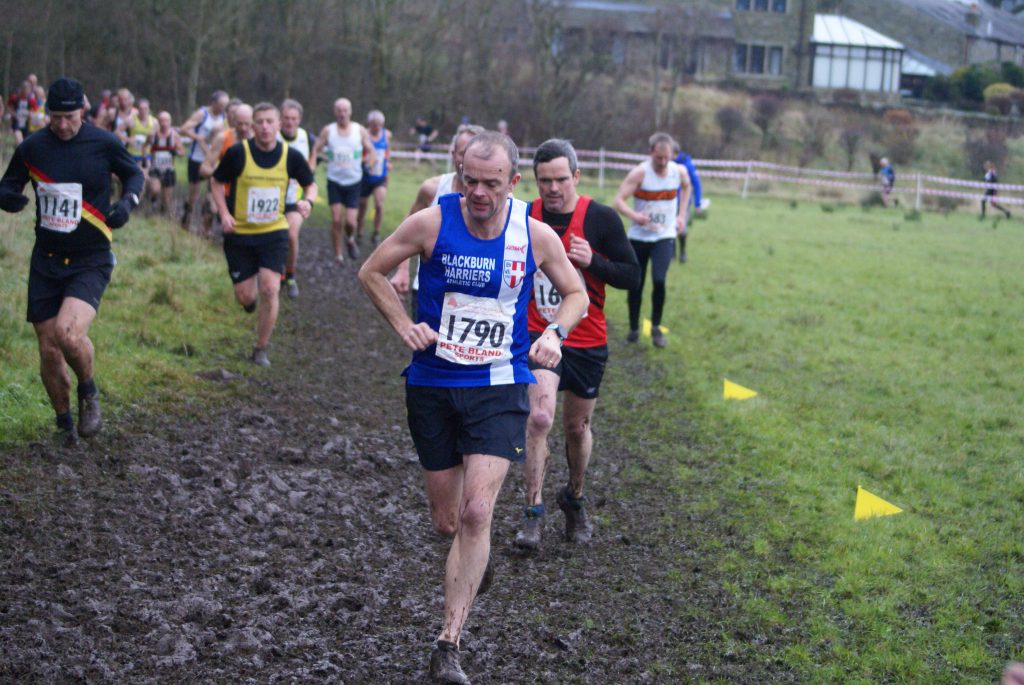 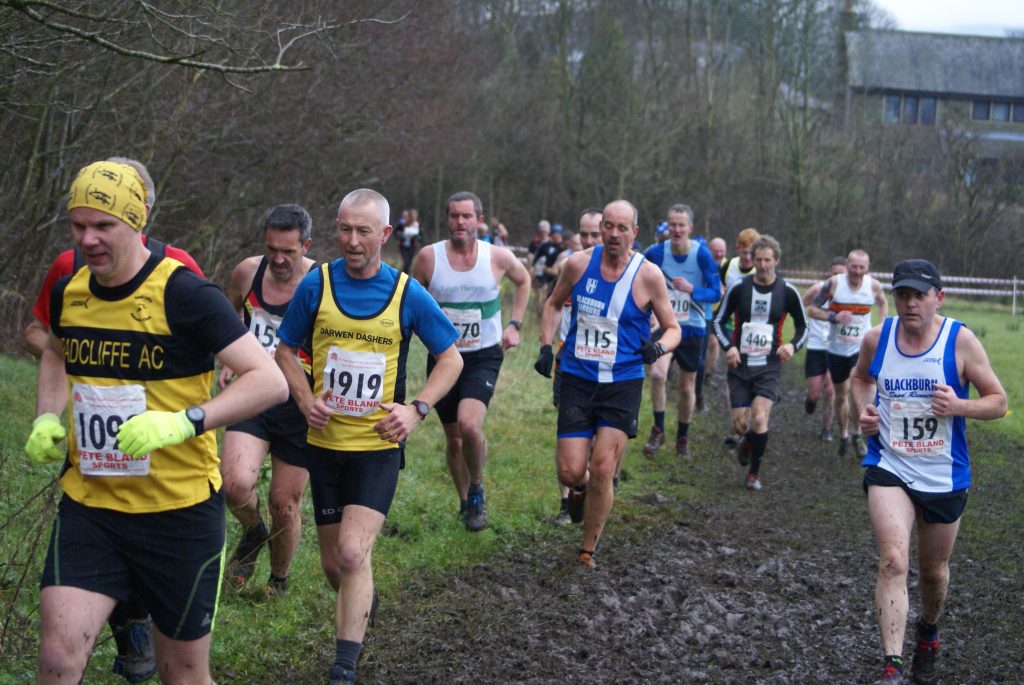 Joanne Nelson decided to make it a tough weekend for herself. Racing through the mud at Marl Pits on Saturday to finish 4th overall and 1st V45 Woman, she then tackled the Myerscough 10 mile race the day after, finishing 22nd out of two hundred and fifty eight runners. Joanne clocked a time of 65.21 to finish 2nd Woman and 1st V45. Carol Reilly also ran in the race finishing 79th in a time of 76.00minutes.

Over twelve hundred runners completed the Run Tatton 10k won which saw Pauline Powell finish 8th overall and 2nd Woman on the day in an excellent time of 36.18. The conditions weren’t the best but when speaking to the Club, Pauline commented “I had a good run at Tatton Park, it was good to be in a competitive race, the course was quite undulating and very wet and slippy in places. I was pleased with my run and felt good although i could tell i had a lack of races! So now looking forward to racing again next weekend!” 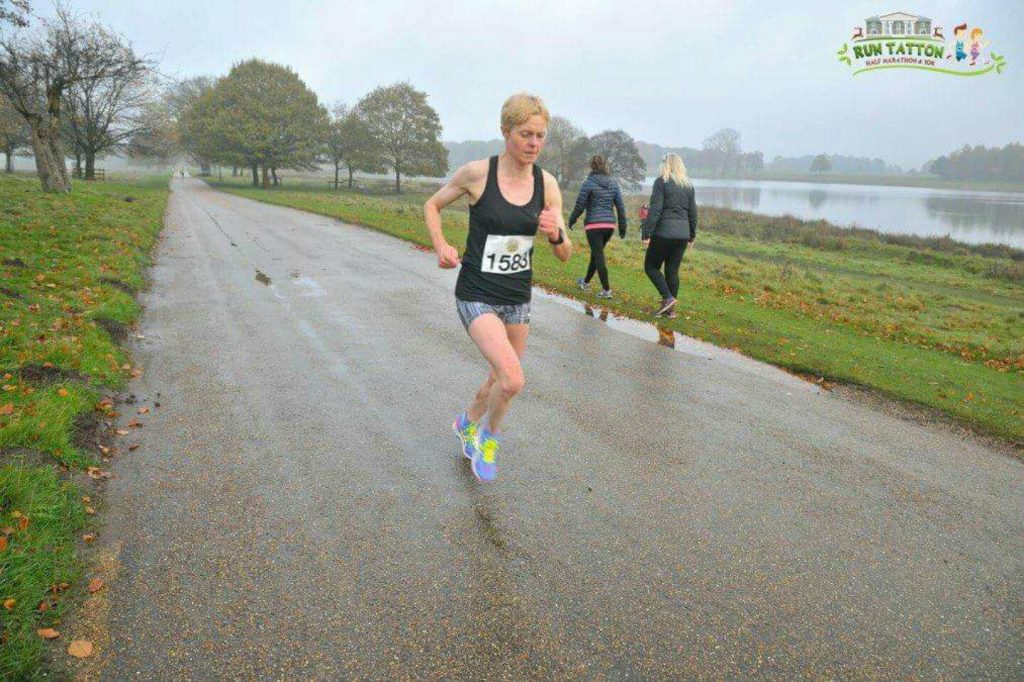 On the Indoor circuit Morgan Angland and Myah Booth kicked off their season with competition at Sheffield which saw Morgan place 4th in the U20 Women’s 60m with a time of 10.03 whilst Myah Booth earned herself two second places, firstly in the U15 Girls 60m Hurdles clocking a new PB time of 9.60 and in the U15 Girls Shot Putt throwing a distance of 9.70m.