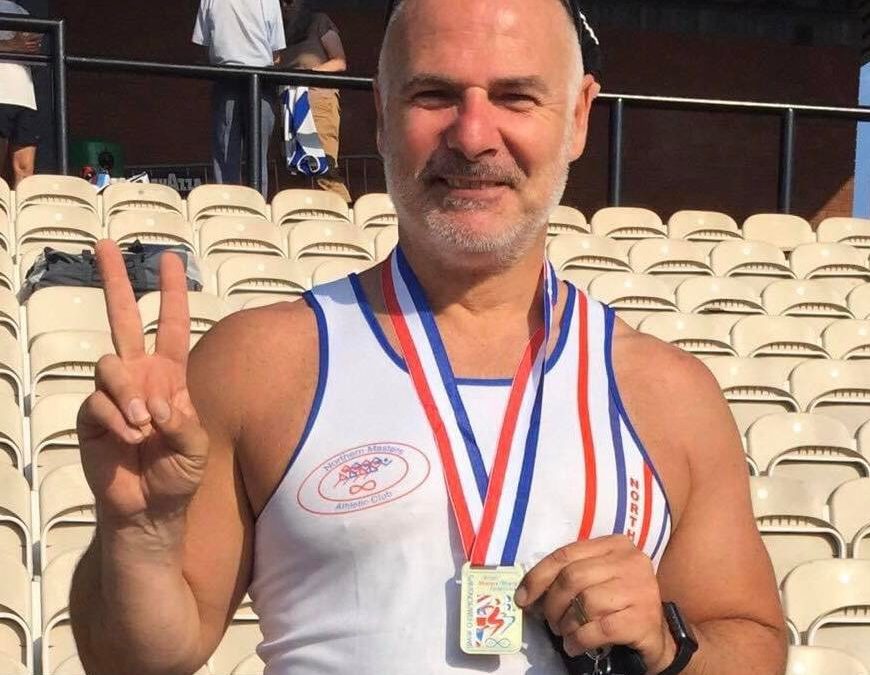 Congratulations to Tony Balko, one of the senior squad of Throwers at Blackburn Harriers whose has contibuted so much to the Senior T&F team over the years, was out in competition again on Sunday 08 May 2022 at the British Masters Athletics Throws Pentathlon Championships held at the Horspath Athletic Stadium in Oxford. The Championships were a success for Tony as he took his third title, this time as a V55. Tony spoke to the Club about the Championships and his performance commenting that “A Throws Pentathlon comprises of Hammer, Shot Put, Discus, Javelin and Weight, with a points scoring system similar to that of a Decathlon. Essentially, the further you throw the implement the more points you accumulate with the highest points total at the end being the winner. Build up and preparations prior the competition had been hampered by injury and sickness. However, competition is competition and it’s all about what happens on the day regardless of preparations. On a hot sunny day at Horspath Athletics Stadium, the competition commenced at 1.30pm and finished at 6.30pm, and after 6 gruelling hours competition, I had just about accumulated enough points to win the M55 category and become the British Masters Athletics Throws Pentathlon Champion for 2022. This is my third British Throws Pentathlon title in total. It wasn’t a vintage performance, but when its not quite going to plan, sometimes you’ve just got to dig in and try and grind out a result, and that’s exactly what happened. Next major focus is the 2023 European Masters Athletics Championships.“