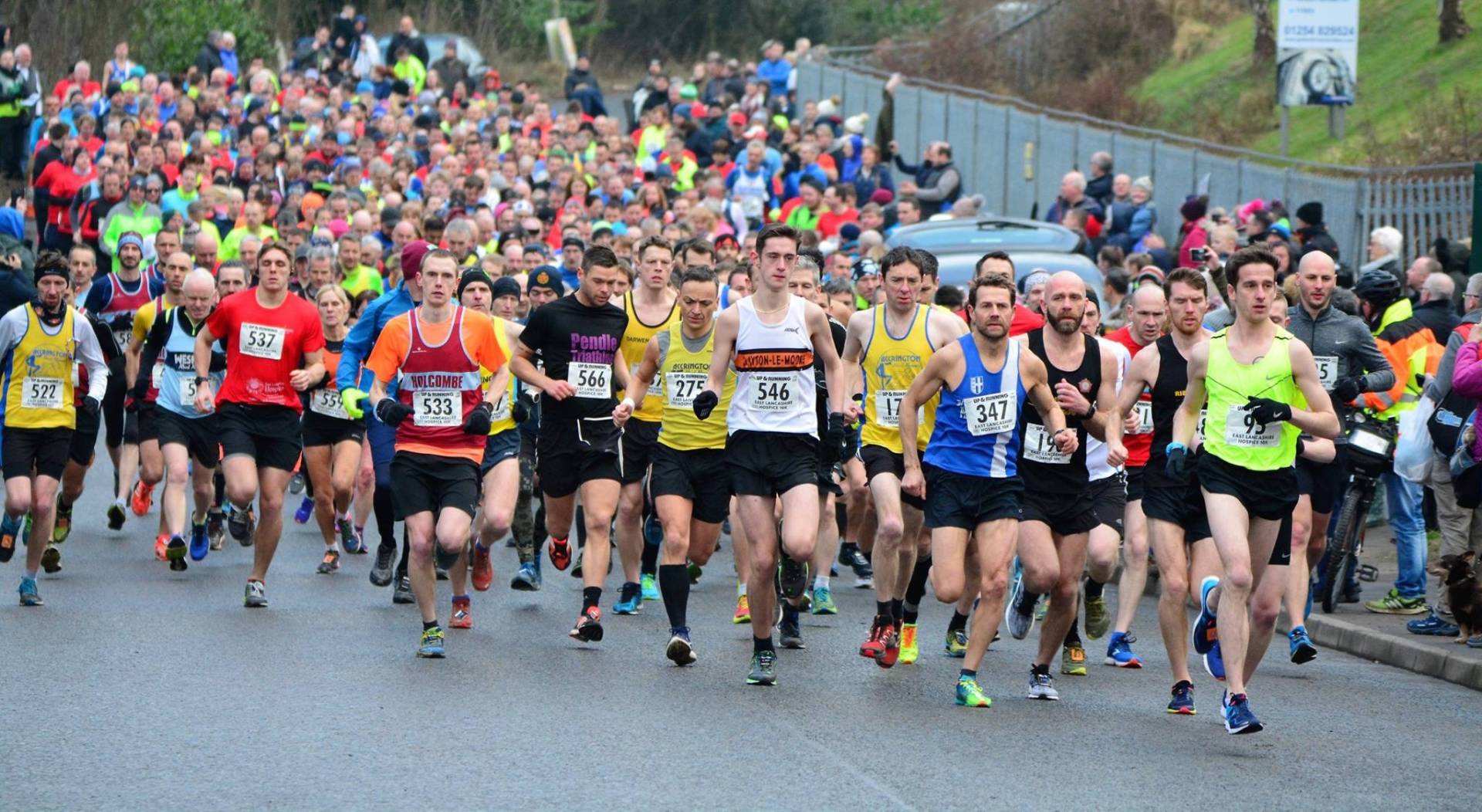 Olympic medalist and 2014 Modern Pentathlon World Champion – Samantha Murray – got her 2018 season off to a great start with a win at the Pentathlon GB National Ranking Competition 1 at the University of Bath on Saturday January 13th. In achieving the win Samantha took first place in the Swim, second in the Fence, sixth in the Ride and 4th in the Combined Event for a total of 1304 points. 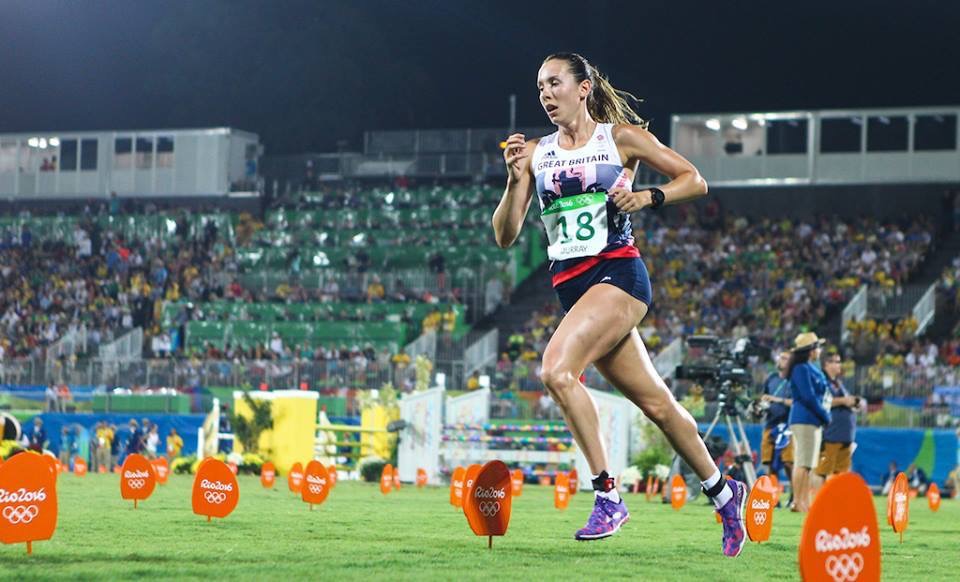 Morgan Angland was competing in her first Senior Championships over 60m Hurdles at the weekend in Sheffield and finished in 4th spot clocking a seasons best time of 9.55. At the end of the day, Morgan spoke to the Harriers commenting that she was “really happy with my race, I did a lot better than I expected for my first time racing as a senior getting a season’s best. Gutted I couldn’t push myself a little more to get 3rd but I’m looking forward to BUCS and more open meetings to hopefully improve on my time”.

U20 Nicholas Smith had gone to the Indoor Championships with the hope of a good time in the 3000m but it didn’t work out quite the way he would have liked as he finished in 6th spot in a time of 10.34.  Second fastest on paper entering the Race Nick told the Club that he “Didn’t really run that how I wanted. The first few laps were really slow, so I took the lead and pushed the pace for a lap, trying to make it a faster race …………After I’d done that everybody else stopped the tactical race and went for it, and I couldn’t keep up, so think after I’d seen how slow the first km was, rather than pushing for the time I’d have been better sticking behind and racing tactically”.

Steven Snape was racing for the first time in quite a while after a time out through injury. There were one hundred and thirty nine finishers in this Race at Newburgh won by Carl Bell with Steven in 2nd place and afterwards he spoke to the Club about the day saying “This local fell race is a heart and lung buster from the start with a steep downhill for a couple of kilometres. Crossing through fields, streams and trail paths the second half is mainly uphill with the the finish at the top of the beacon in Ashurst. Fantastically well ran and marked I’ll definitely do it again next year. My first race in 3 months but I’m happy with the result even though my legs aren’t happy today”.

(Thanks to David Belshaw for the Photos) 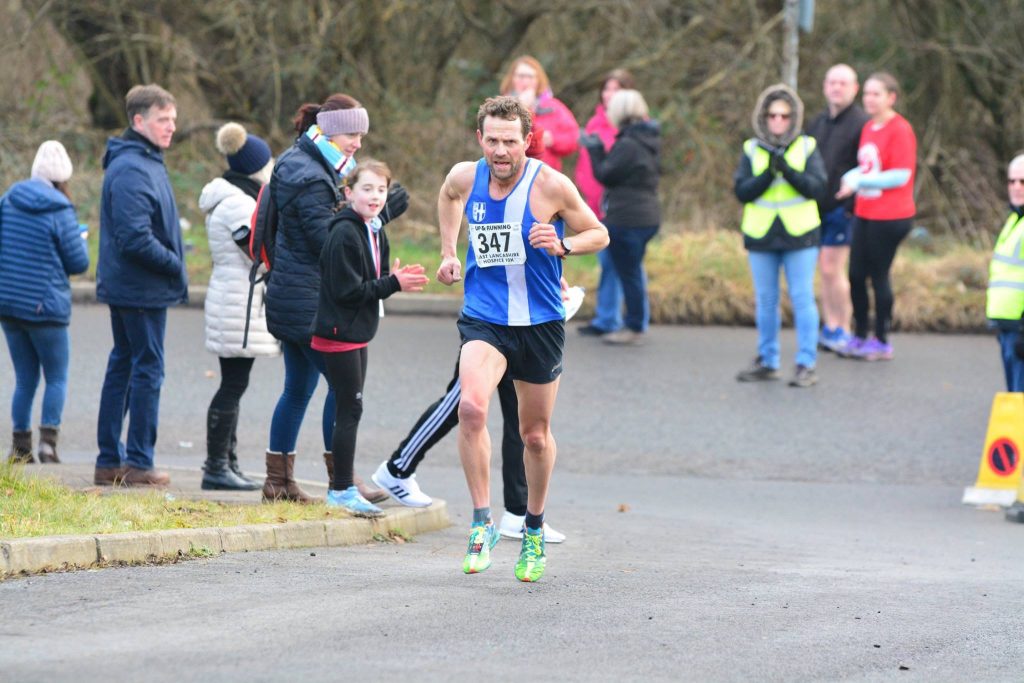 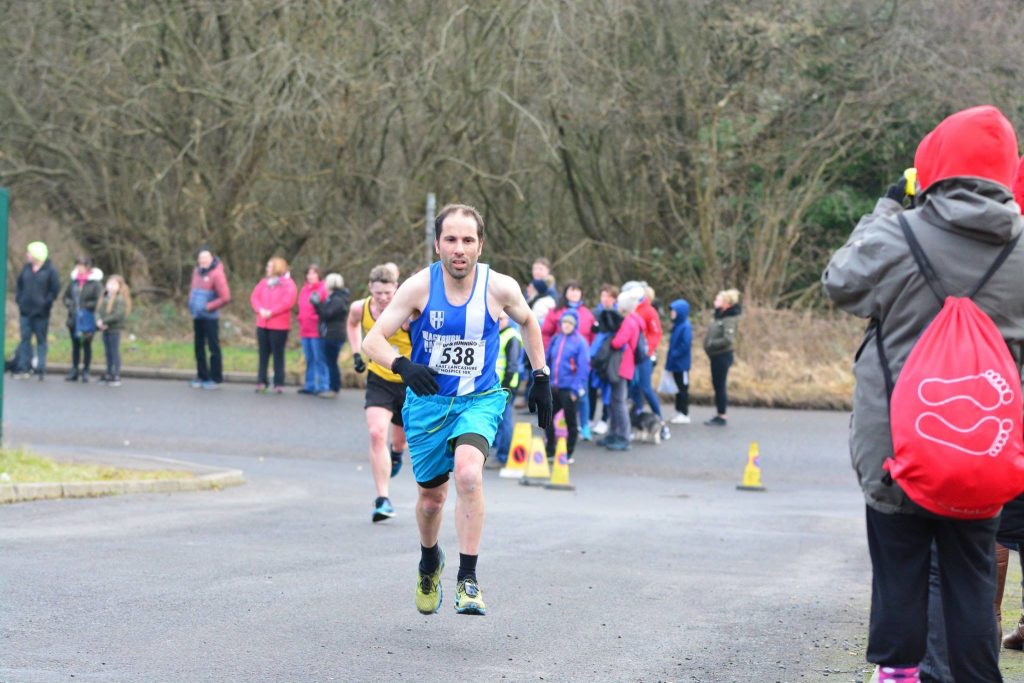 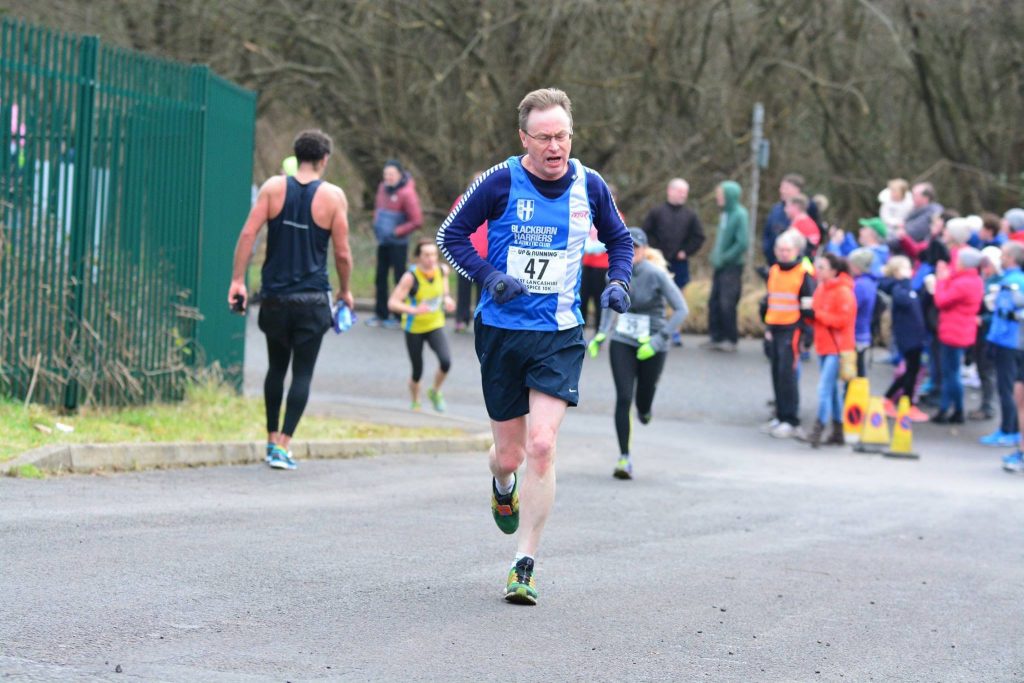 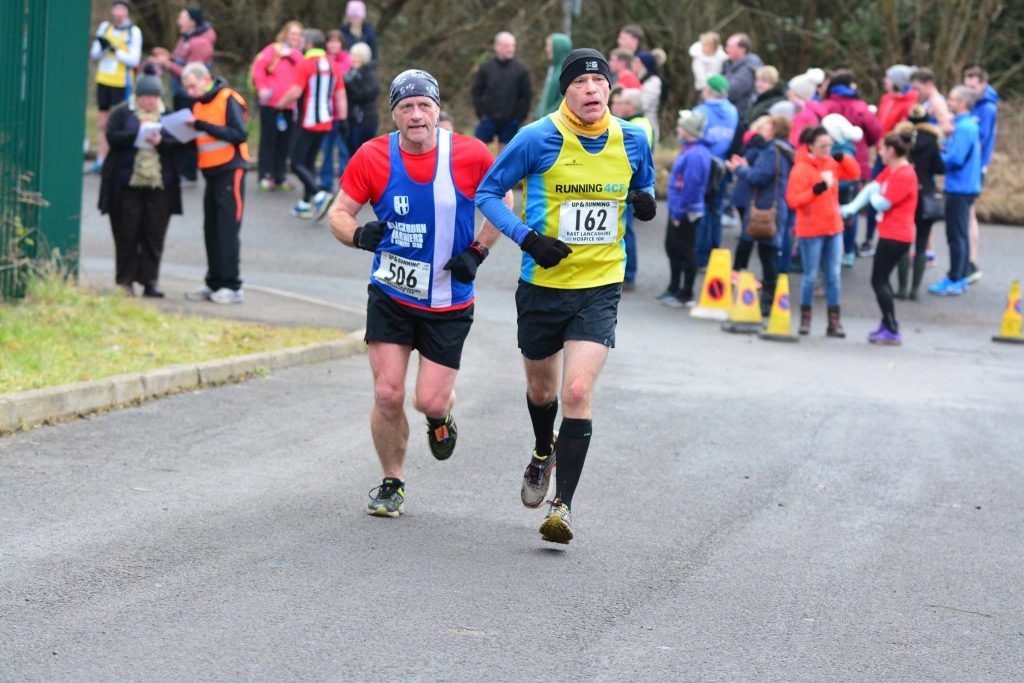 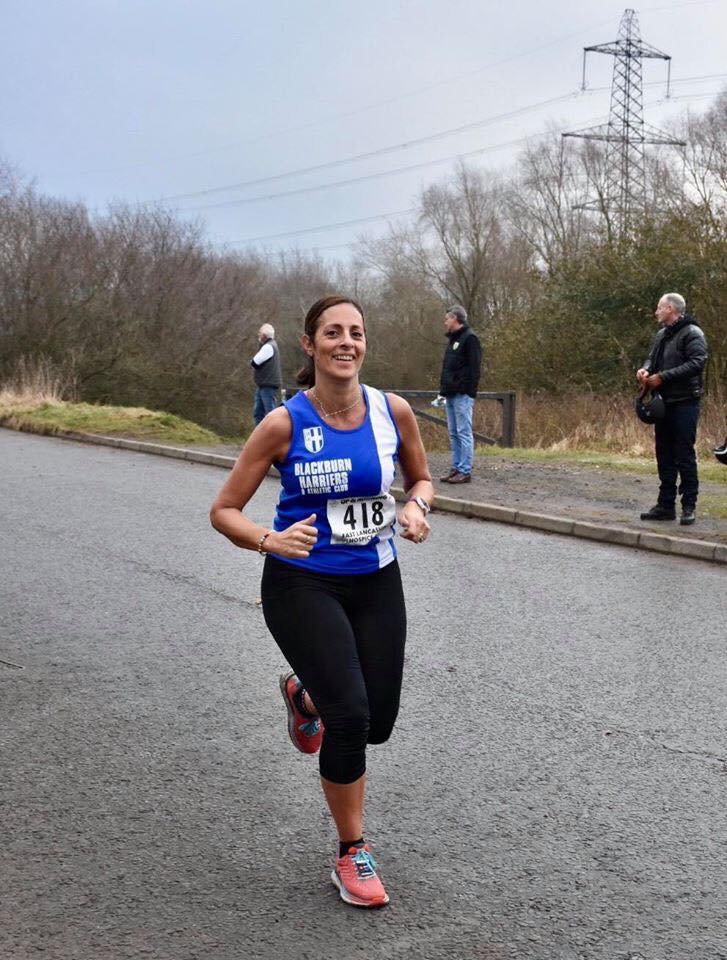 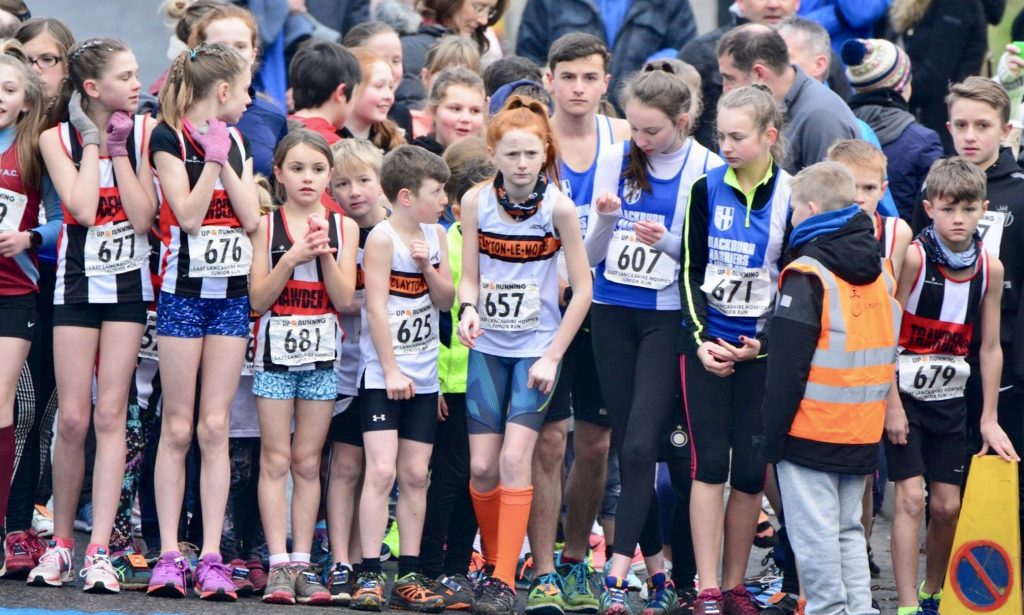 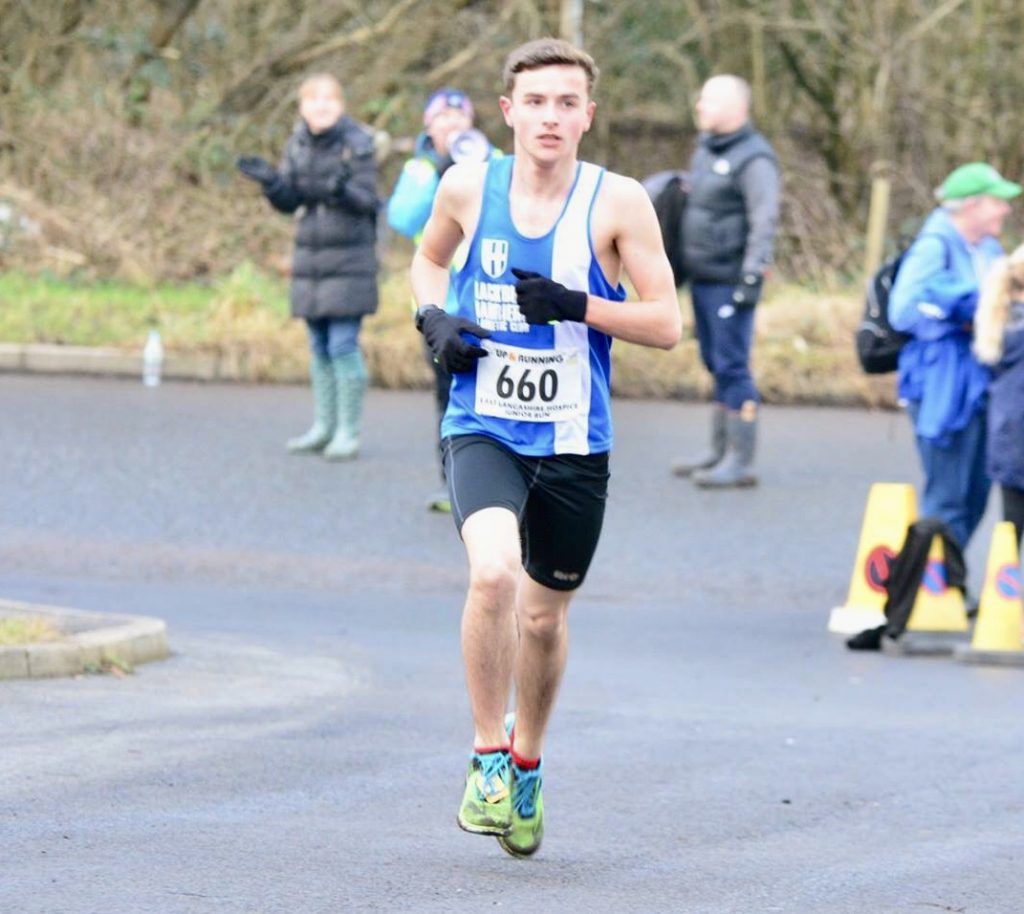 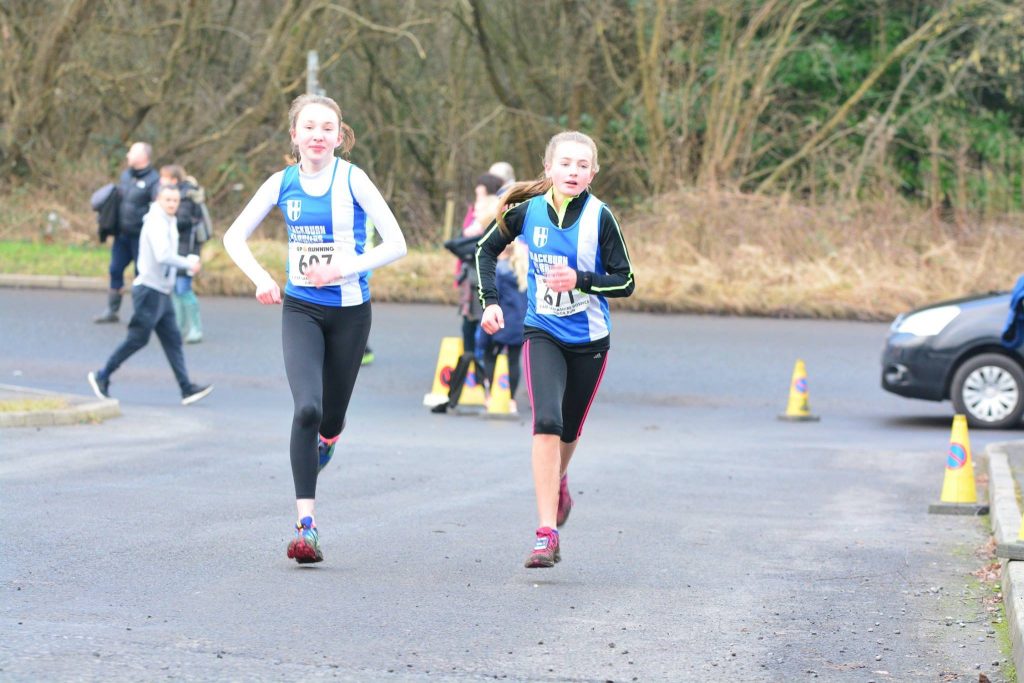 In other Races – Saturday January 13th saw the latest in the 3 -1- 5 Series (RESULTS) held in Lancaster which saw Daniel Whittaker finish 7th in the 10k race with a time of 41.11. Catching up on the Fells – John Orrell and Janine Fallon were out on New Years Day at the Nine Standards Race (RESULTS) featuring 133 finishers which saw Janine come home in 81st spot (78.53) with John in 85th (79.46). 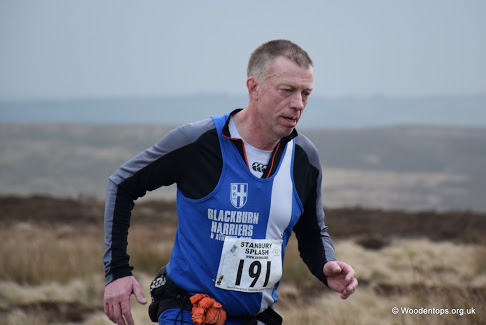